Shortly after climbing up to the pass we found that the clouds we had been under all morning were low, so we had some great views over them from up here. 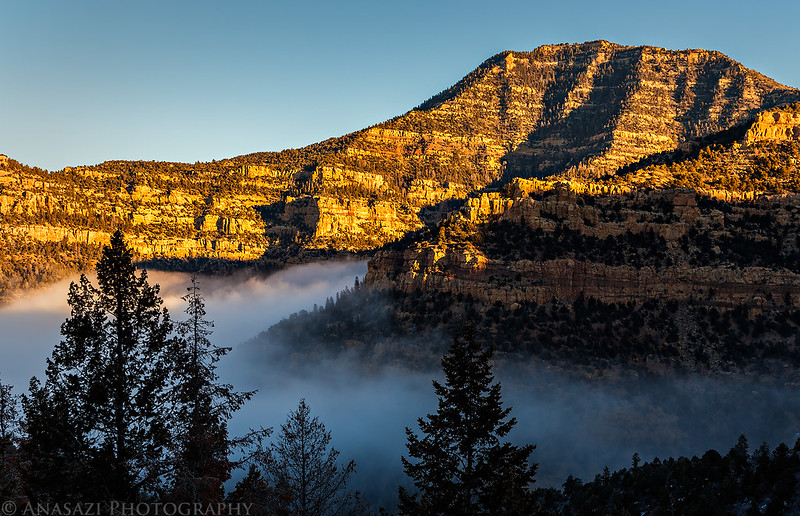 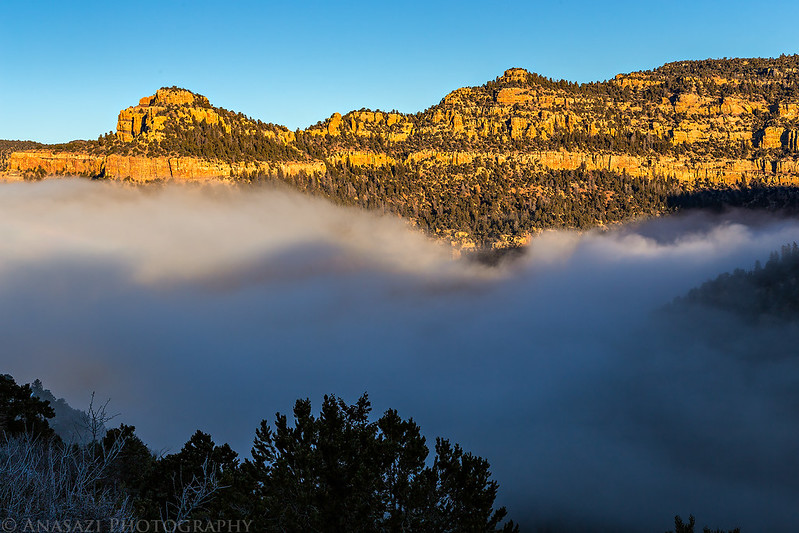 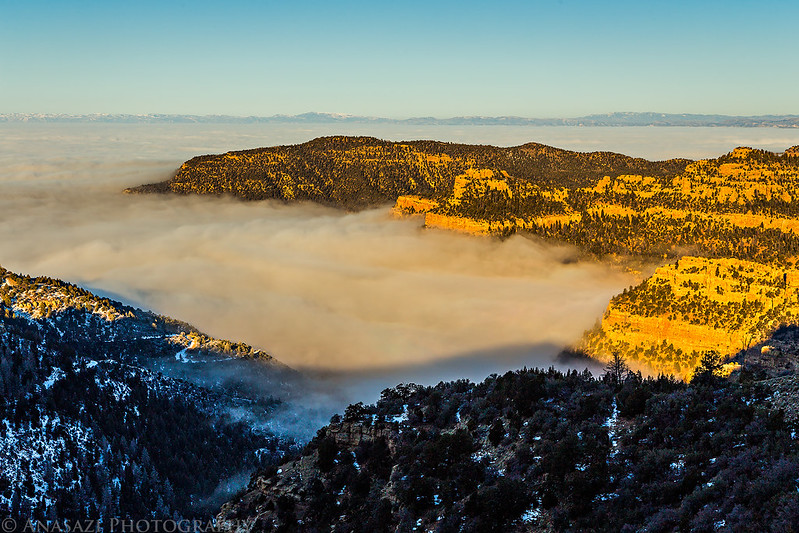 This was probably my favorite view with the little island poking out and the Wasatch Plateau across the valley. 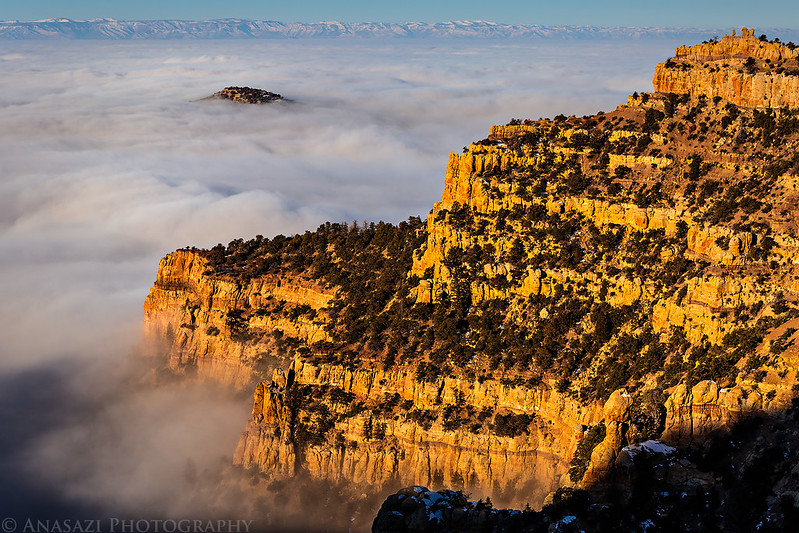 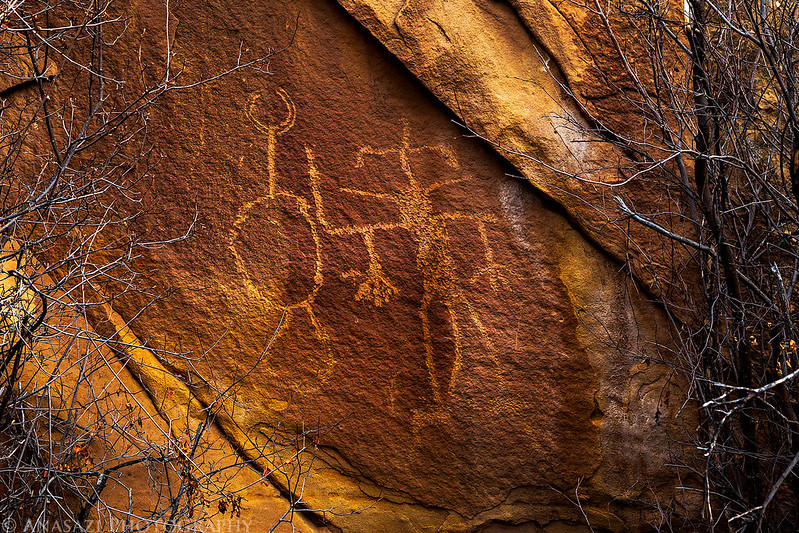 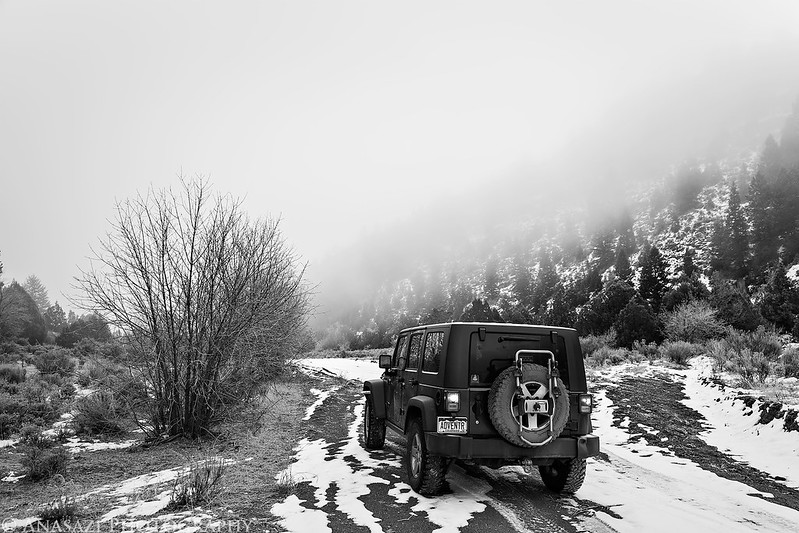 …but the clouds did start to break up a little and we saw a little sunshine here and there. 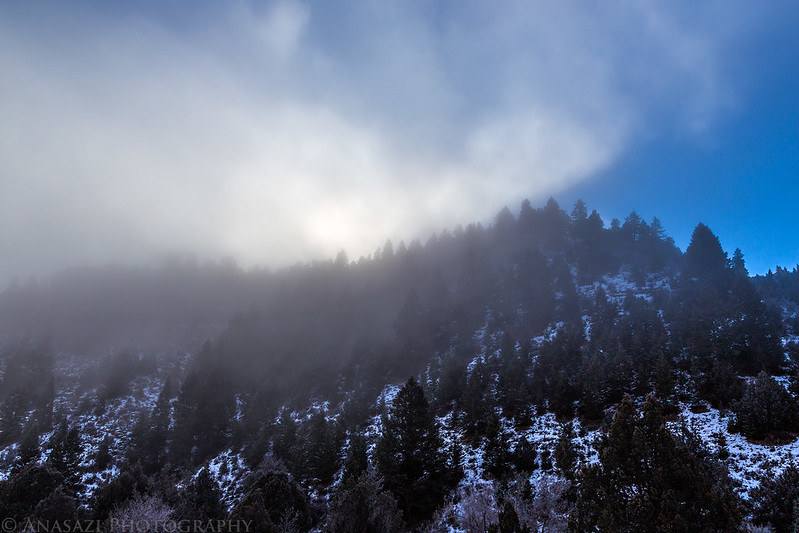 Kelly checks out the signs at the entrance to Range Creek. 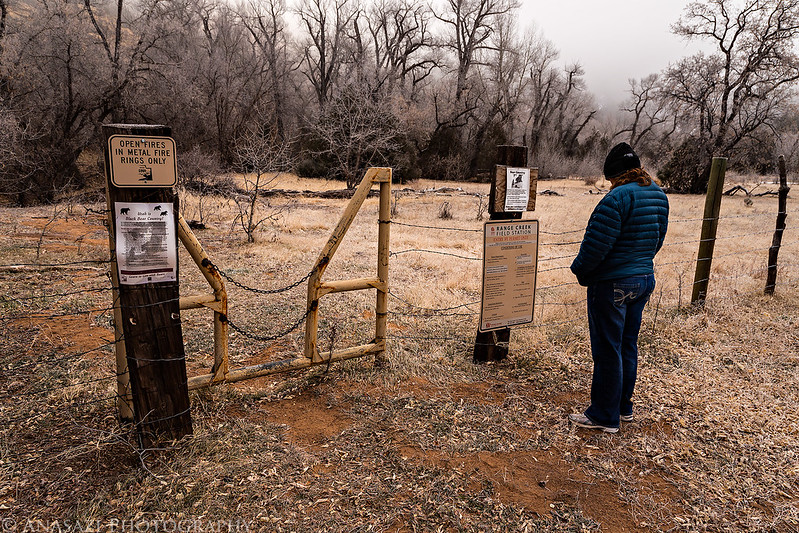 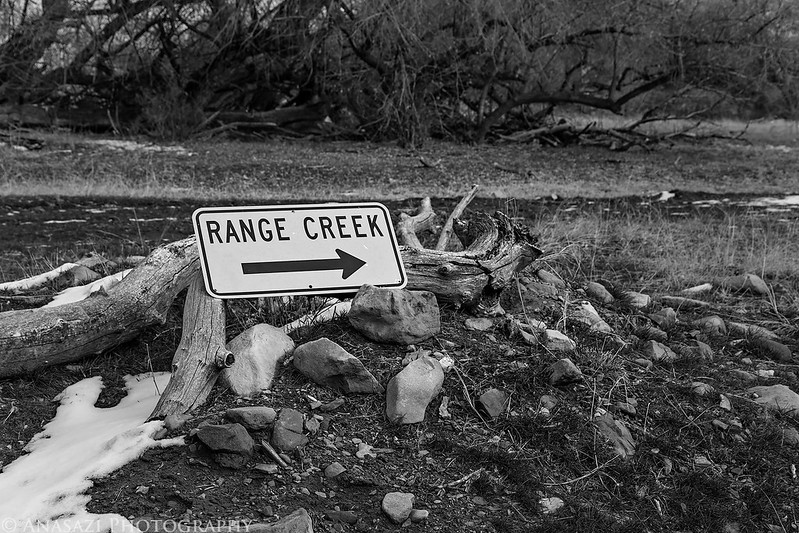 After hiking a little more than a mile we got our first glimpse of Locomotive Rock partially obscured by the clouds. 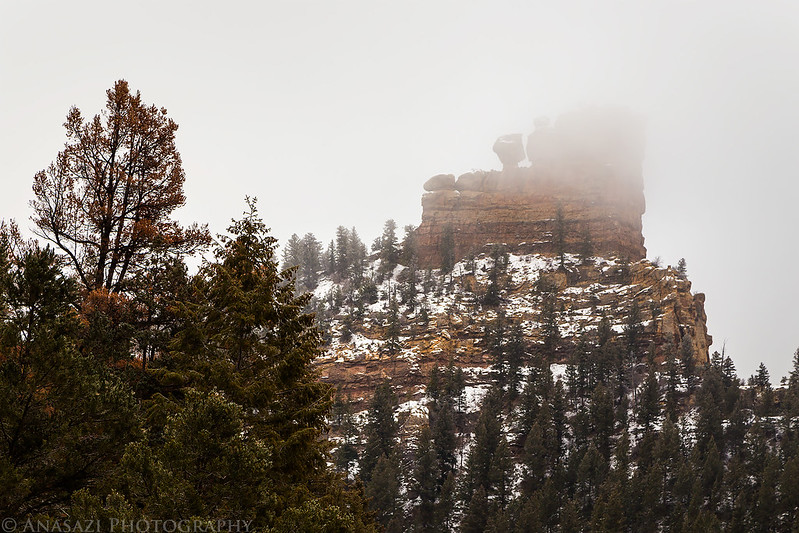 As we approached Locomotive Rock we ran into Dennis and Alan who happened to also be hiking in the canyon today. While I have spoken to both of them online before, I had never actually met either in person, so it was nice to finally do that. Make sure to check out Dennis’ photos and trip report from this day, too.

While we were standing around talking we also met the ranger who came driving by. He gave us a ride in the back of his truck a little ways down the road. 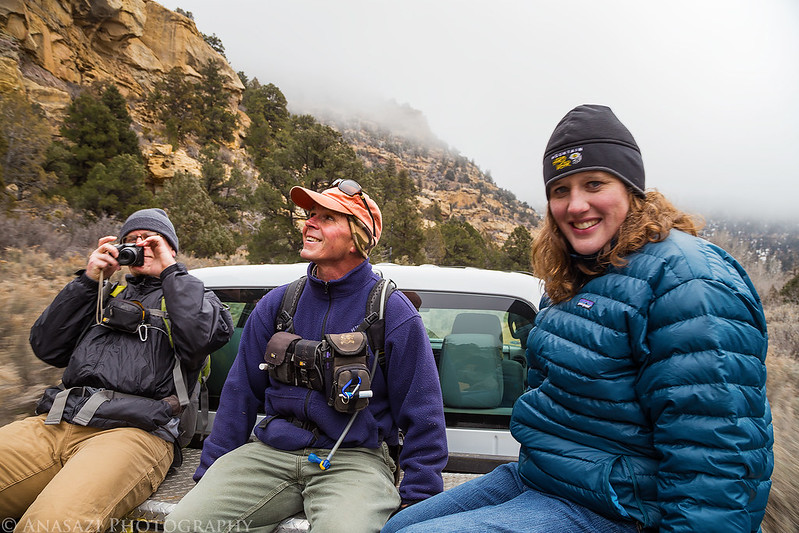 Dennis and Alan hitched a ride all the way to Nelson Canyon, but Kelly and I parted ways with them near Barton Canyon where we stopped to visit the Fat Man Panel. 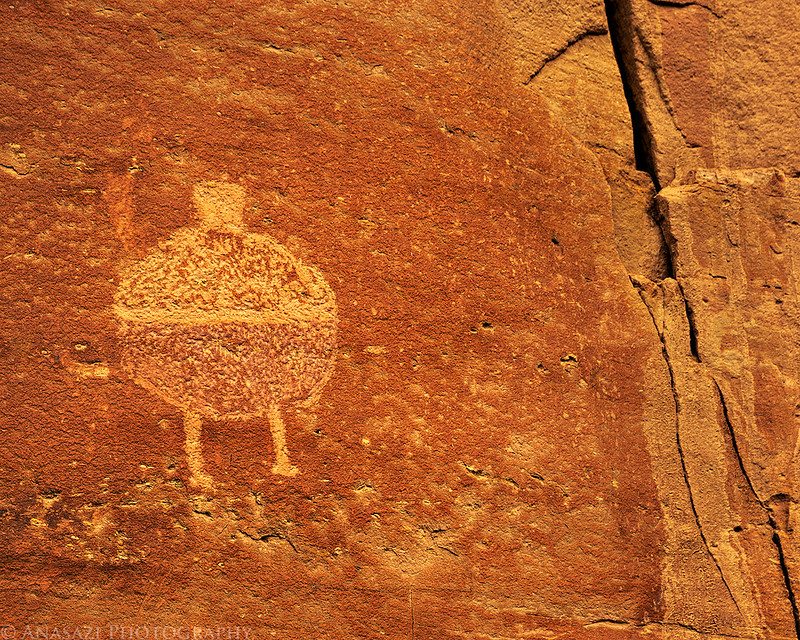 There were a few panels of petroglyphs around here. 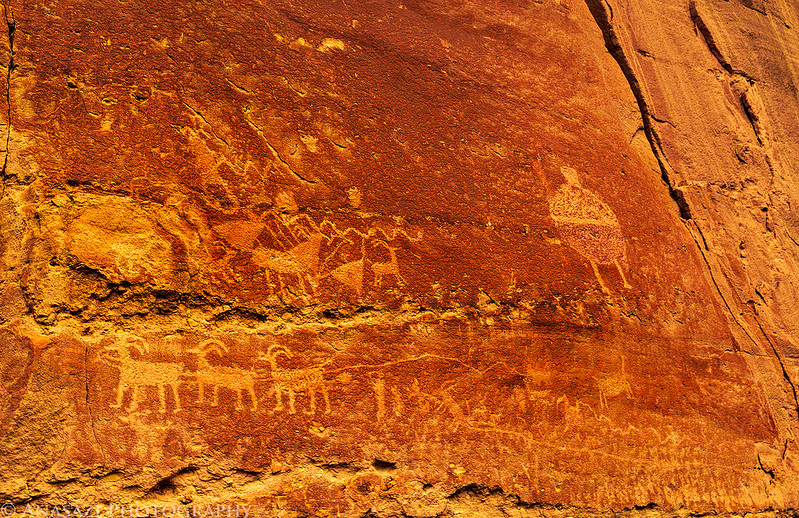 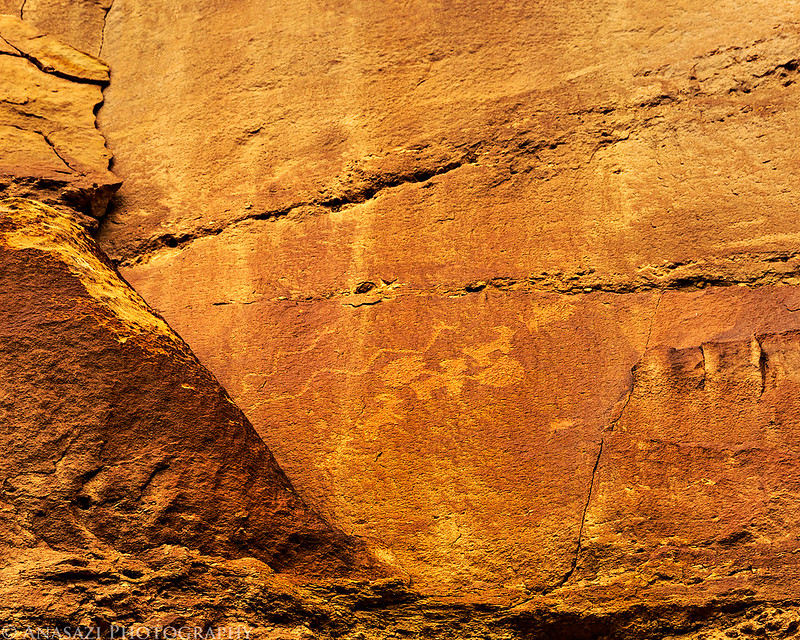 Next we hiked a short way up Barton Canyon and found a few more petroglyphs. 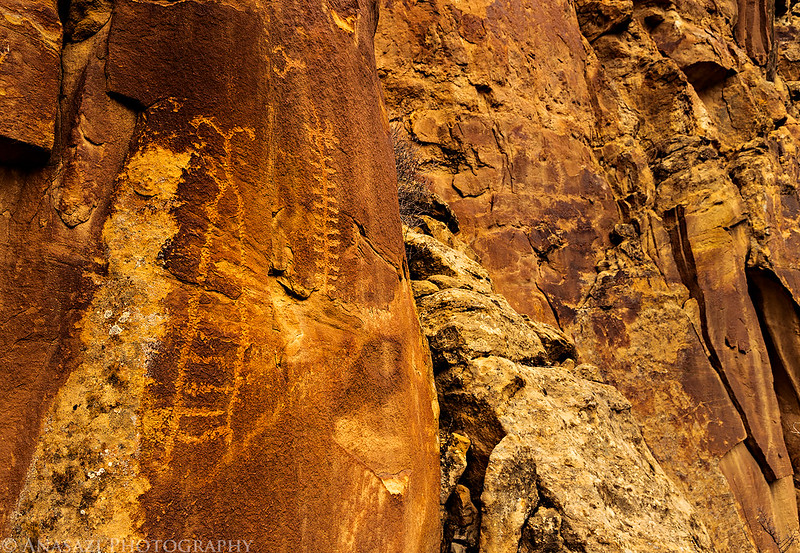 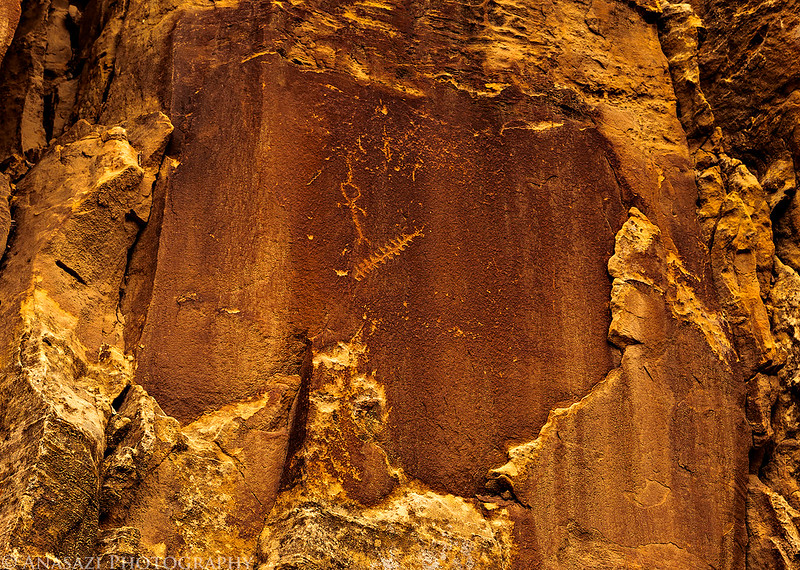 Barton Canyon was the furthest down Range Creek that we would travel on this trip with the shorter days, so we started hiking back towards the trailhead from here. On the way down we had passed the TV Panel and I wanted to find the way up to visit it. Kelly and I spent a bit of time finding the route up, but after a few wrong turns and dead ends I eventually found the narrow path that took me there. 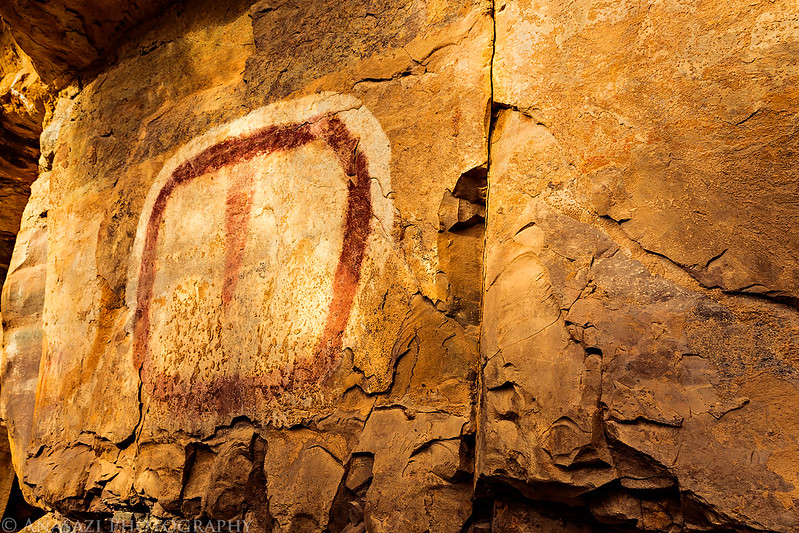 This nearby alcove had a bunch of interesting pictographs, too. 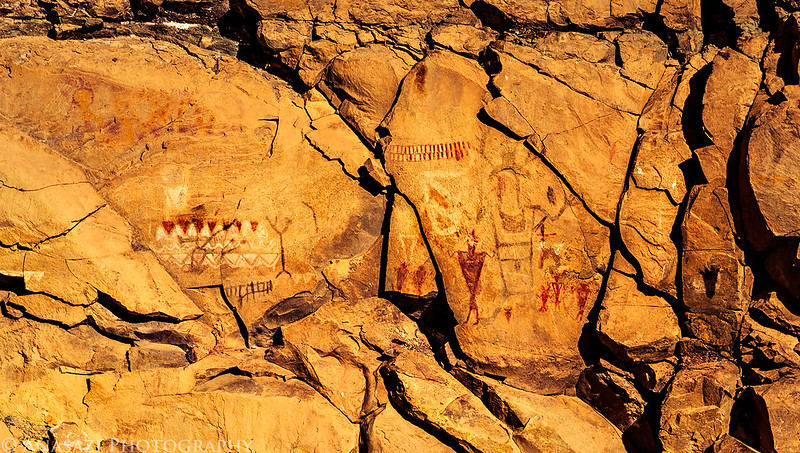 Nice clouds over Range Creek near the TV pictograph. 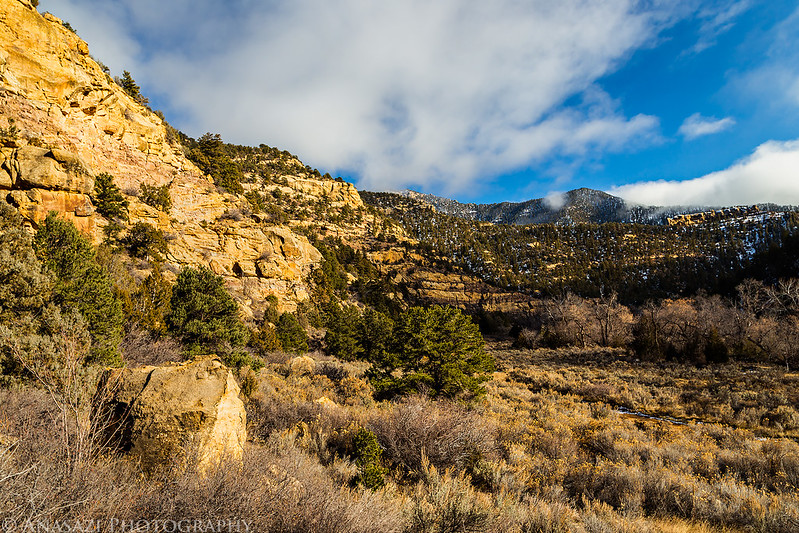 On our way back to the trailhead we stopped at a few other small rock art panels, but nothing too exciting. Then we started our slow drive back out over the pass before it got dark.

My Jeep parked at the pass over the clouds on the other side. 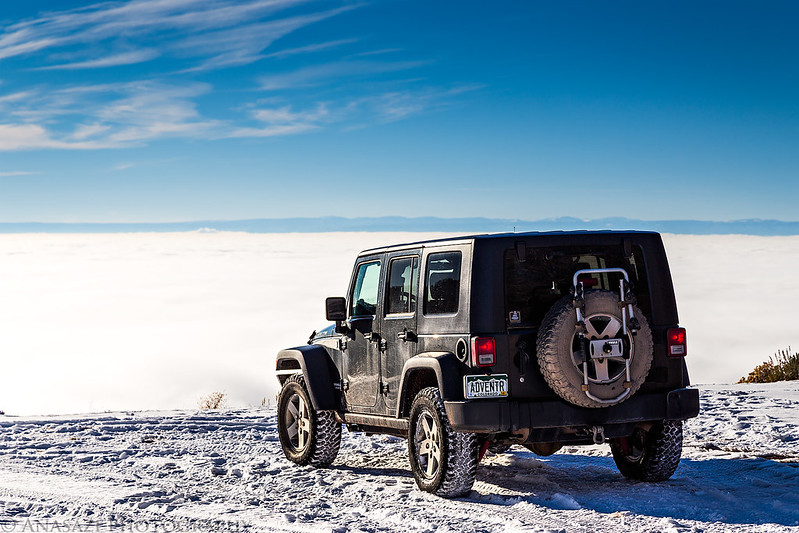 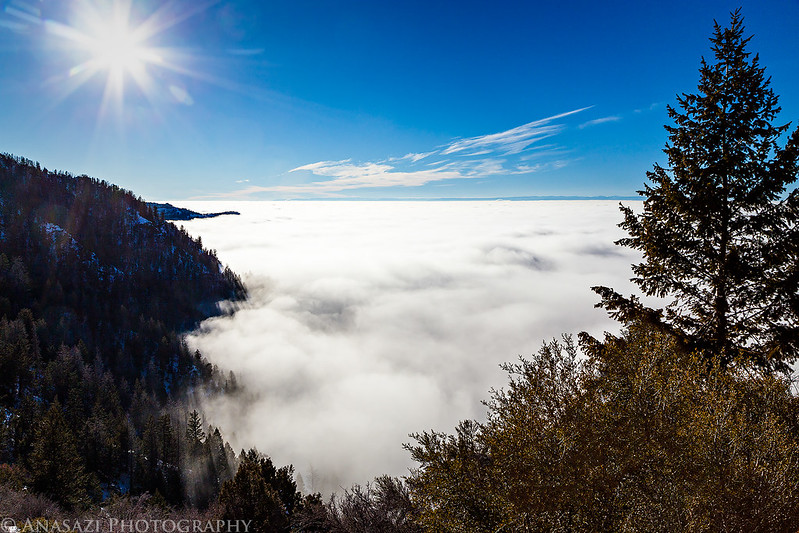 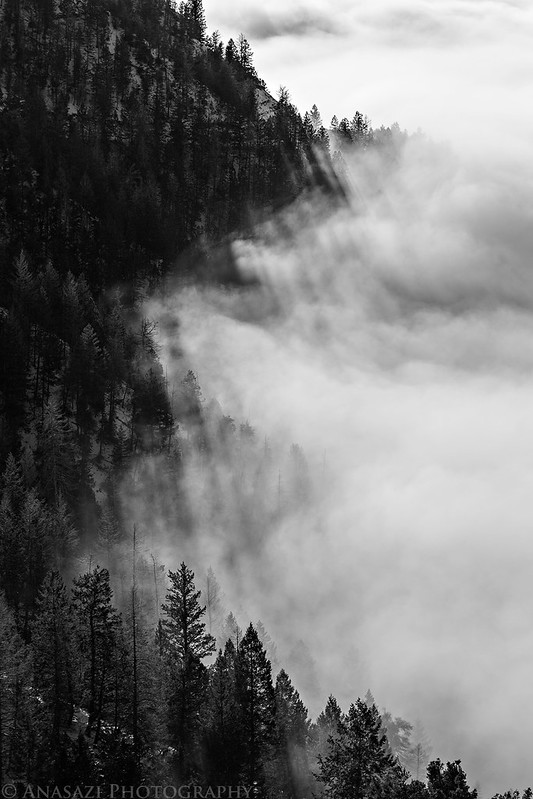 Driving back down into the clouds in Horse Canyon. 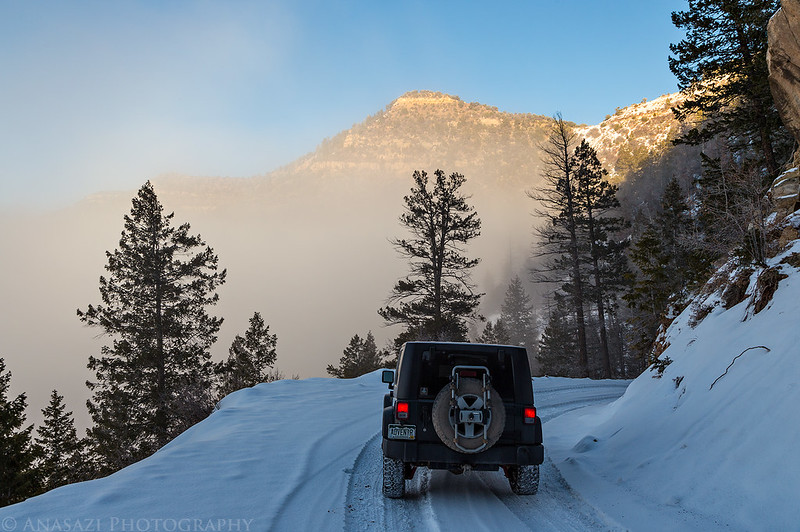 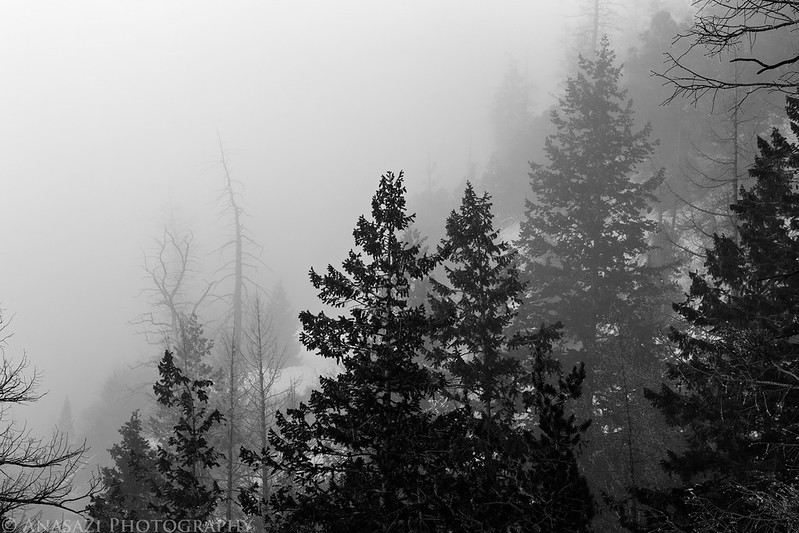 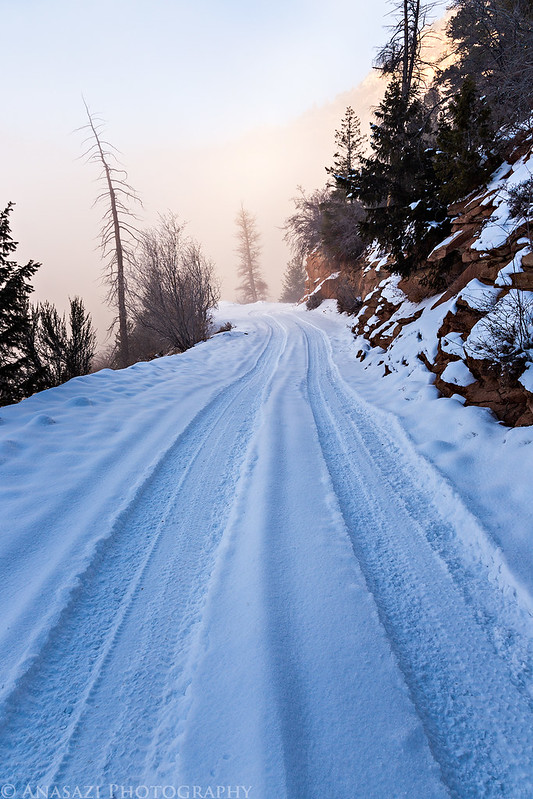 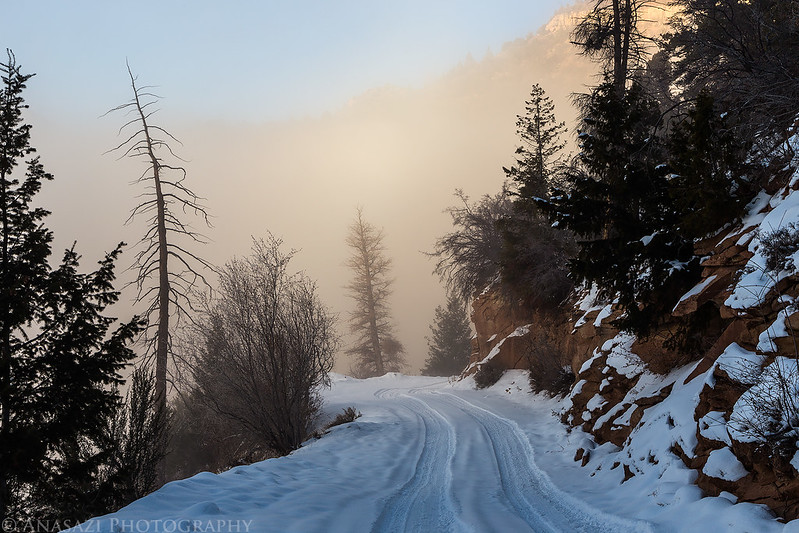