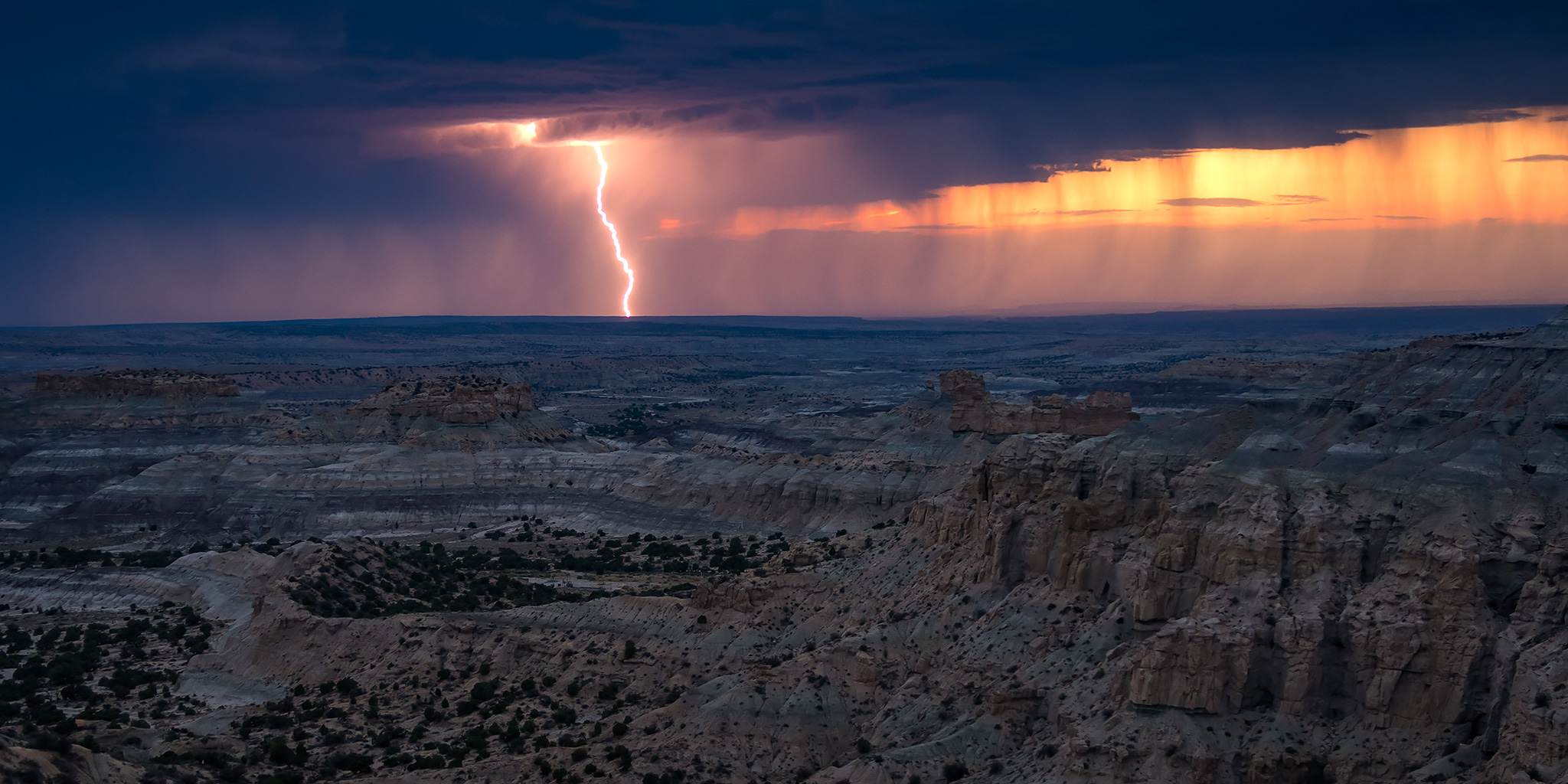 This weekend Diane and I were heading down to Albuquerque to attend a concert on Sunday evening, so we decided to split the drive up into two days and spend a night in Bloomfield, New Mexico. This way we could visit some nearby ruins and maybe catch a nice sunset without spending all day sitting in the car. We left home early on Saturday morning and took the scenic route over Lizard Head Pass and through Rico and Dolores, arriving in Aztec in the early afternoon. It had been a while since I visited Aztec Ruins National Monument on one of my trips to Chaco Canyon and Diane had never been there before, so we started out with an easy hike through this small Monument that’s located right in the middle of town. 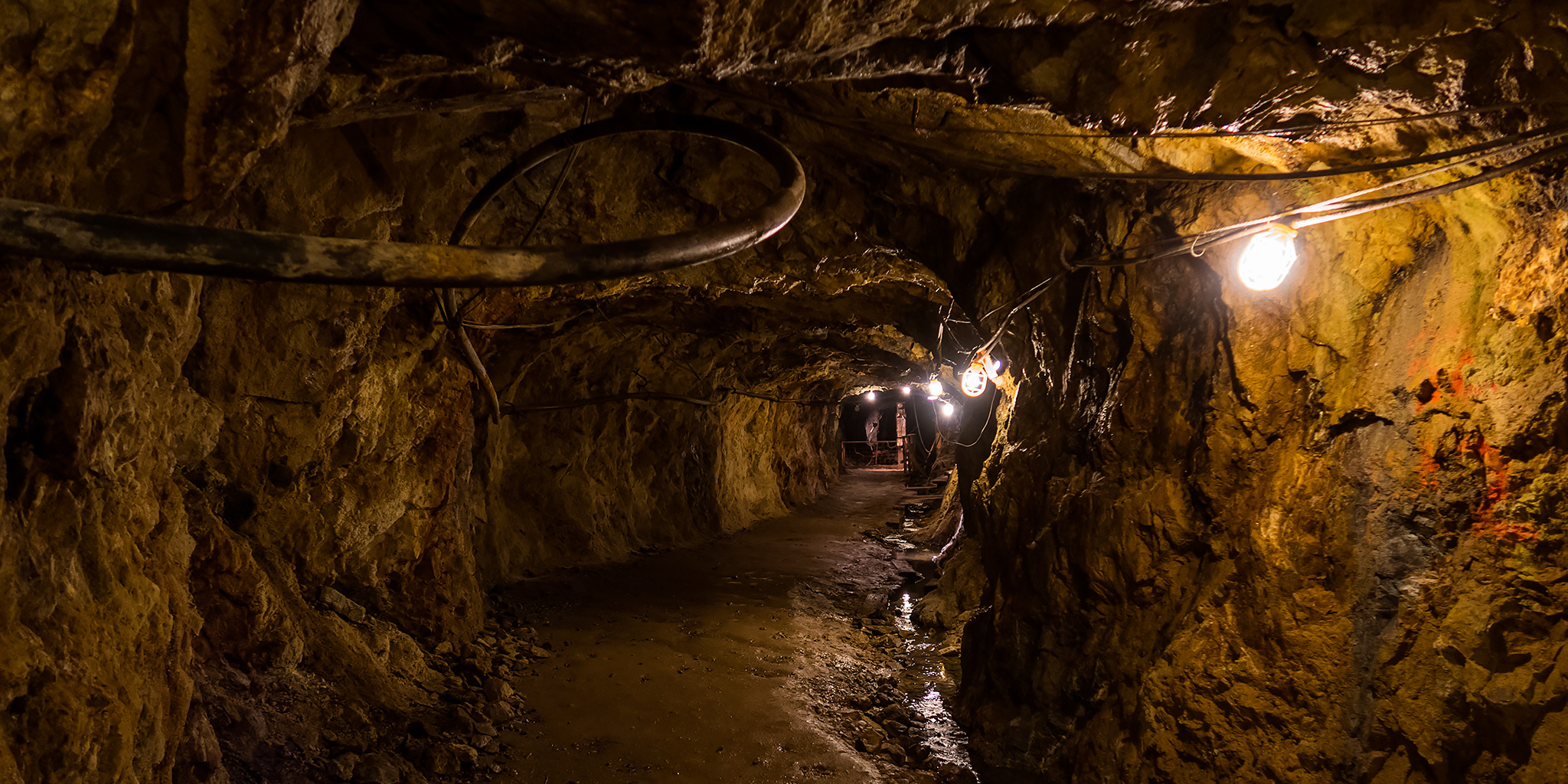 I’ve been driving by the Old Hundred Gold Mine Tour near Silverton every summer for over a decade now, and every time I do I always think to myself that I should stop by and check it out sometime. Usually I have other plans and am headed elsewhere, so I never do. Since my family from out of town has been visiting me for the past few days, they wanted to go to the Ouray Hot Springs this morning and then drive over Red Mountain Pass so they could go on the Mine Tour and get dinner in Silverton afterwards. Since Diane and I have been tagging along with them wherever they want to go, we finally got our chance to check out this tour. I must say, it was pretty cool and very informative if you are at all interested in the old mines found in the region. For those who are not familiar, this particular tour lasts about one hour and takes you 1/3 of a mile into the heart of 13,300 foot Galena Mountain where you can follow the vein and see real mining equipment in action. I took a number of photos during the tour that you can check out below. 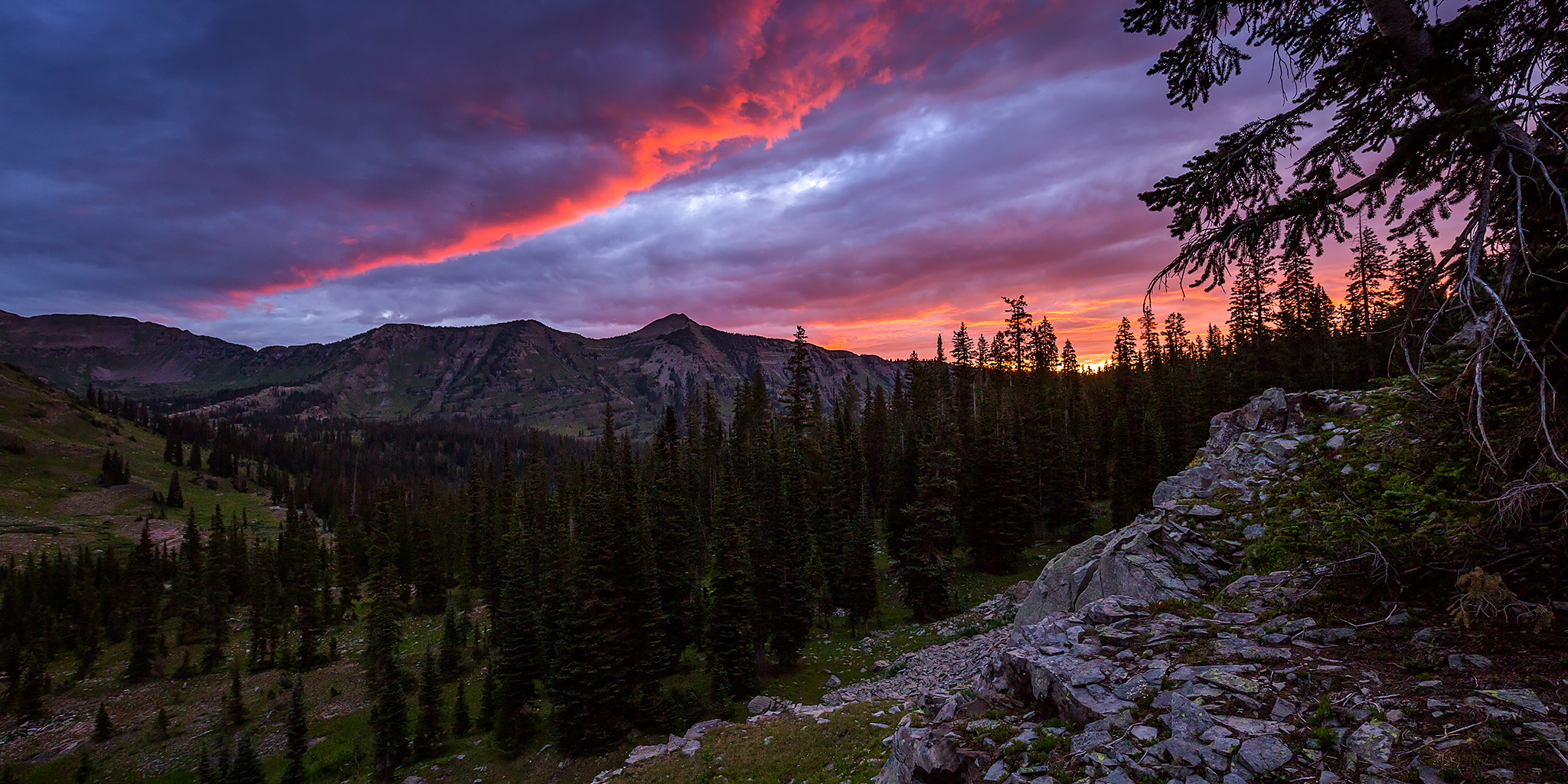 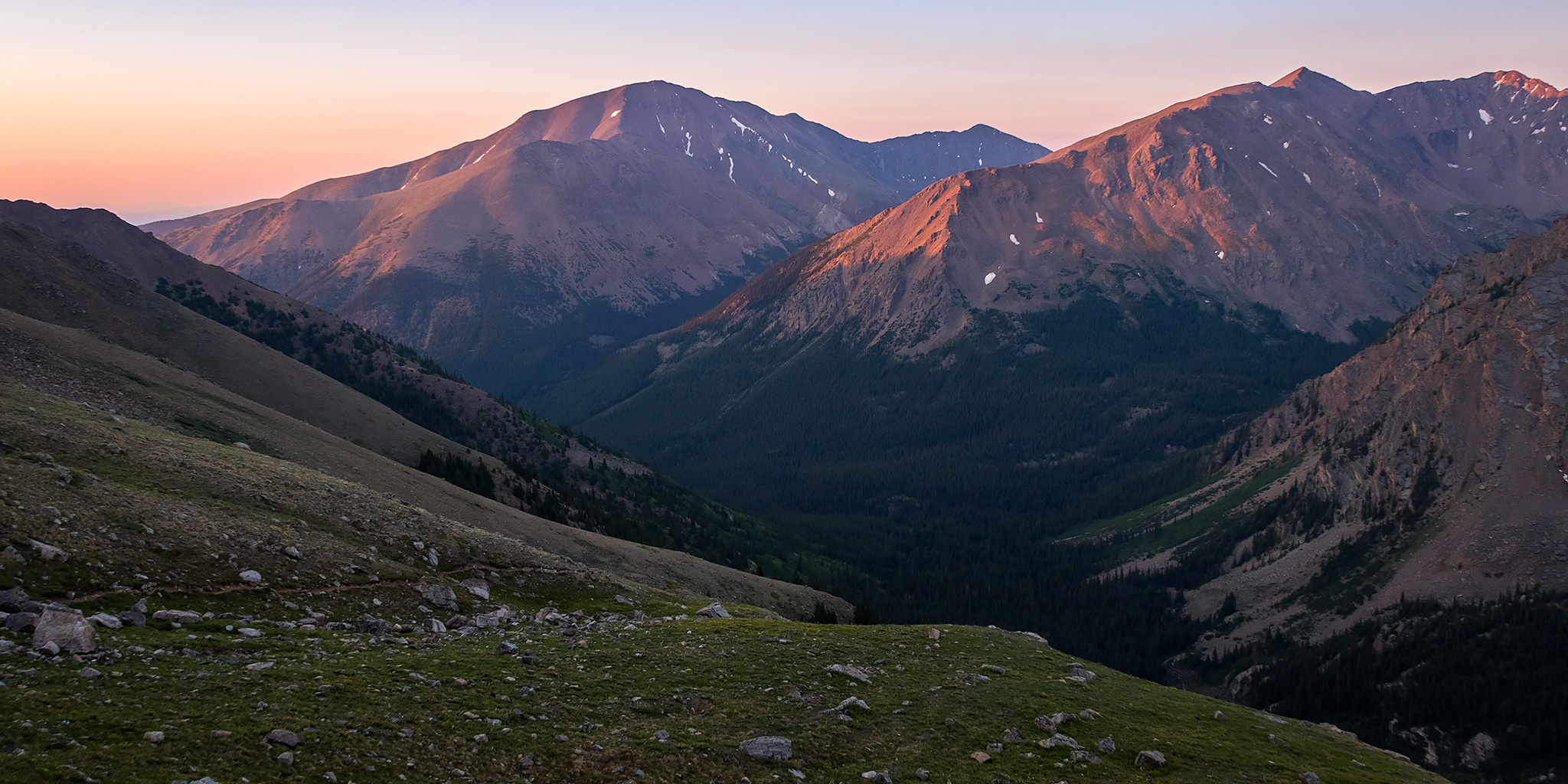 This weekend I felt it was time for me to attempt my first 14er of the year since the snow had melted of early and the monsoon season hasn’t really picked up yet. After looking at my options I decided to go all out and try to hike to the summit of Mount Massive (14,421) on Saturday morning, which is the second highest peak in Colorado after Mount Elbert which I had already climbed two years ago. I spend Independence Day hiking in the La Sal Mountains to help prepare for the hike by getting a little acclimated to the elevation and making sure I was in good enough shape to give it a try. The hike in the La Sal Mountains went pretty well, although my legs were very sore for a few days afterwards which is very unusual for me. My legs certainly get tired after a big hike, but they’ve never been sore like this before. On Friday afternoon I considered cancelling the trip completely because the weather forecast was predicting early thunderstorms starting around 9:00am on Saturday morning, and even with a very early start I wasn’t sure if I’d be able to reach the summit and get down before they started. In the end, I decided to go anyway and see if I could squeeze the hike into the small window of good weather that was predicted. I figured that maybe I’d even be able to get some nice cloudy photos if the weather wasn’t good for hiking! 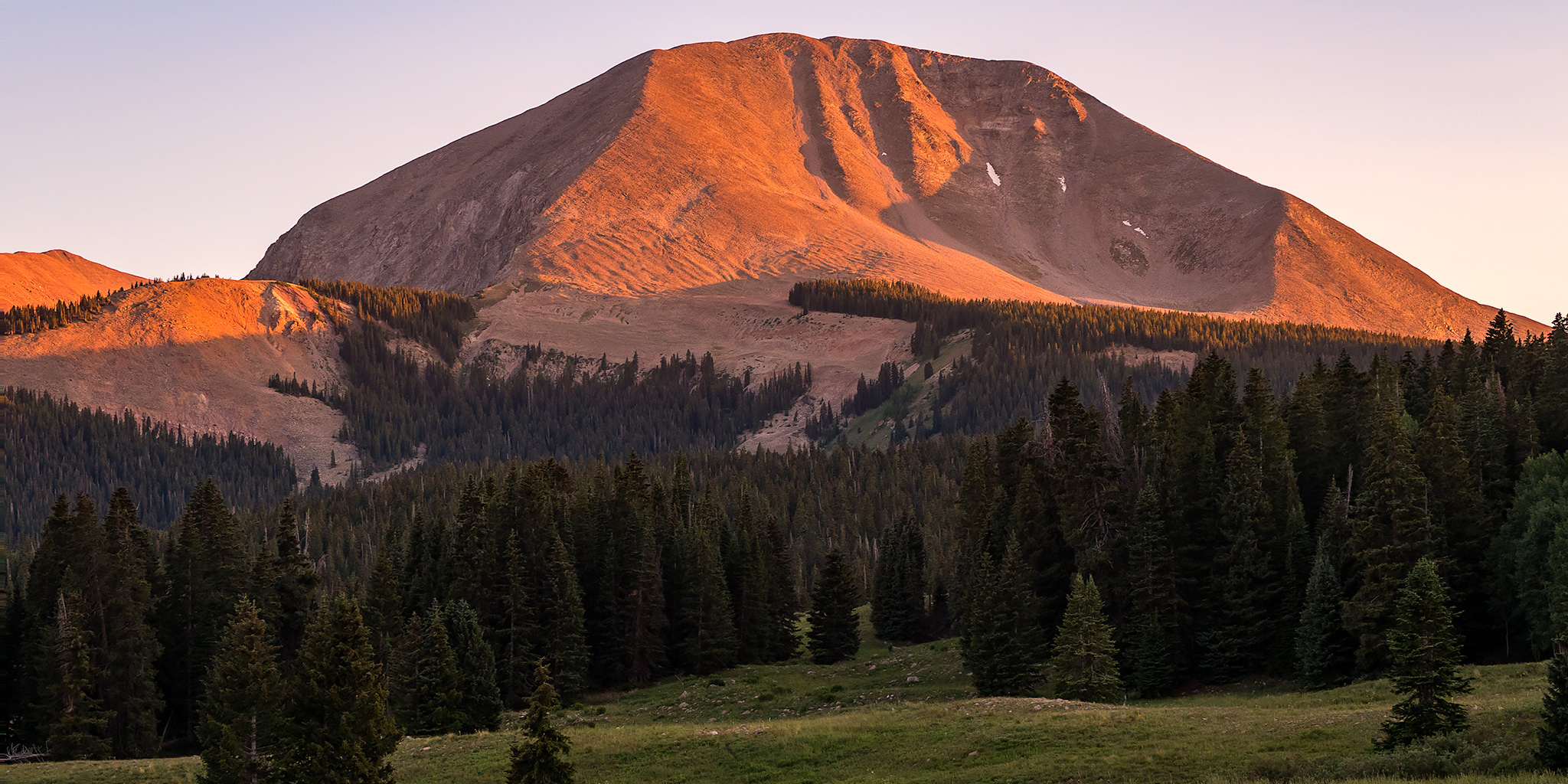