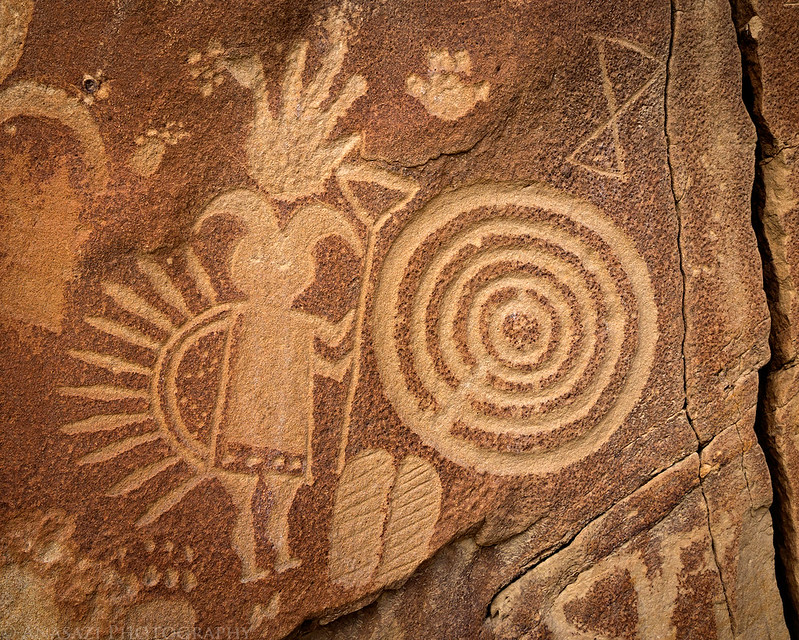 My favorite petroglyph from the Main Panel in Crow Canyon.

After spending the last four days based out of Farmington, New Mexico for the long Thanksgiving Weekend, it was finally time to head back home and get ready to go back to work on Monday morning. But before we left the area, we would spend a few hours hiking in Crow Canyon (Cañon Cuervo) and exploring the extraordinary petroglyphs found there. According to the BLM, Crow Canyon contains the most extensive and well-known collection of 16th – 18th century Navajo petroglyphs in the southwest.

We checked out of the hotel early and drove east through Bloomfield to Largo Canyon where we would follow the maintained road up the canyon until we reached Crow Canyon. A winter storm was moving into the area and clouds in the sky were looking very nice, however there had been some precipitation overnight which made parts of the road slick and muddy, though much of road was in good condition. The crossing of Largo Wash was also in good shape and gave us no issues.

Following the road through Largo Canyon to the mouth of Crow Canyon. 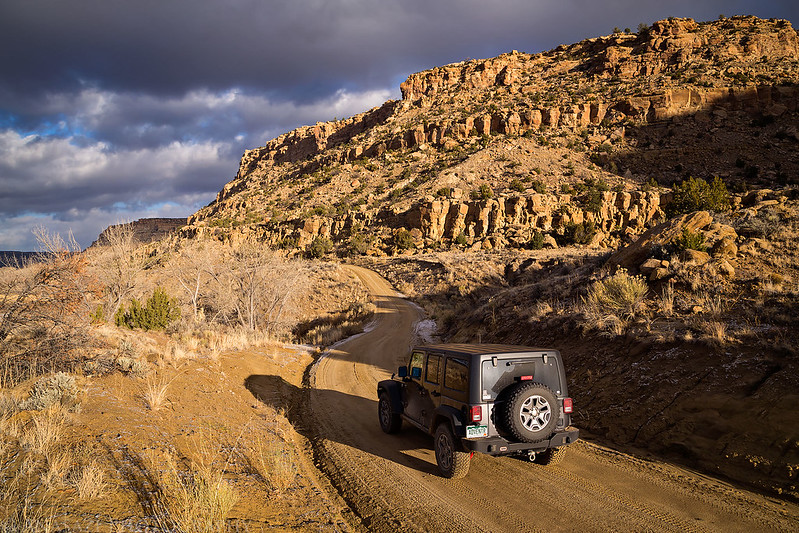 There were plenty of nice clouds in the sky this morning as a cold front and storm moved into the area. The light was pretty nice when the sun found an opening between the clouds. 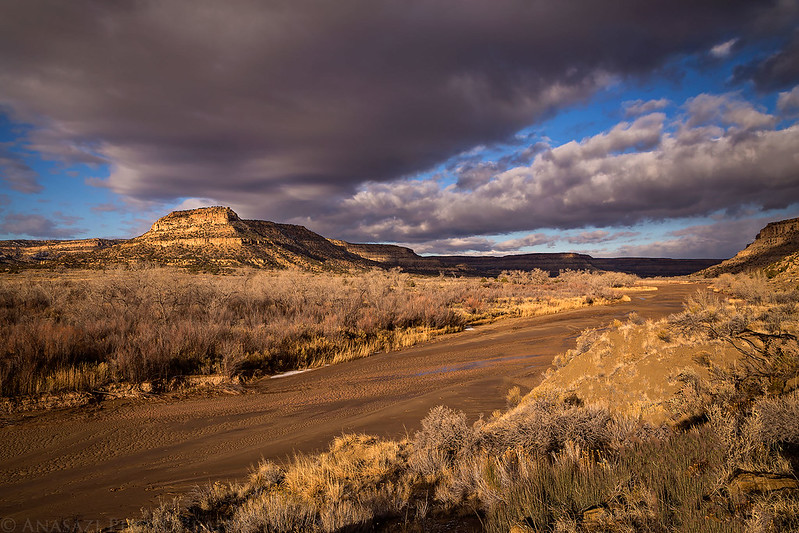 Entering the Crow Canyon Archaeological District. The sign was covered with a little bit of ice from precipitation overnight. 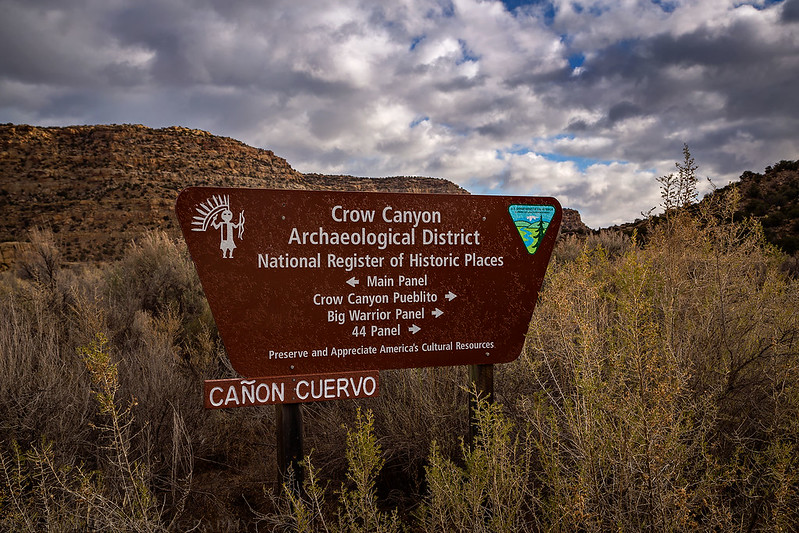 We started out by hiking the trail to the Main Panel. 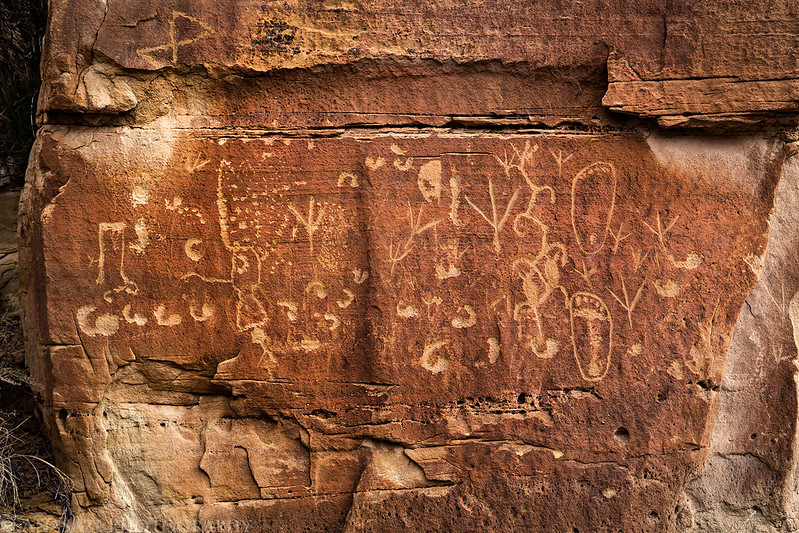 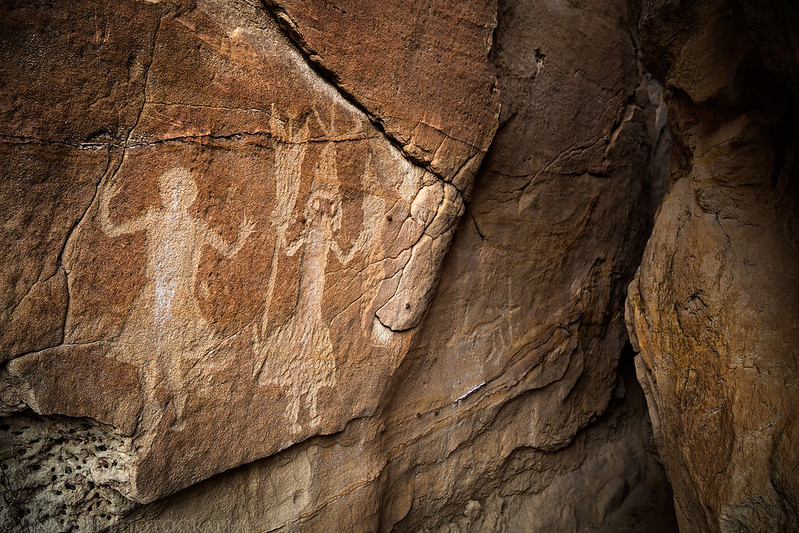 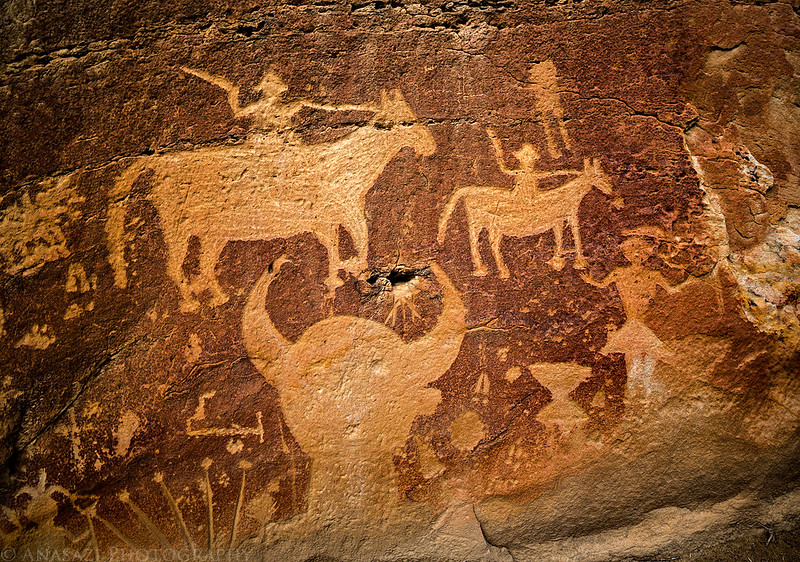 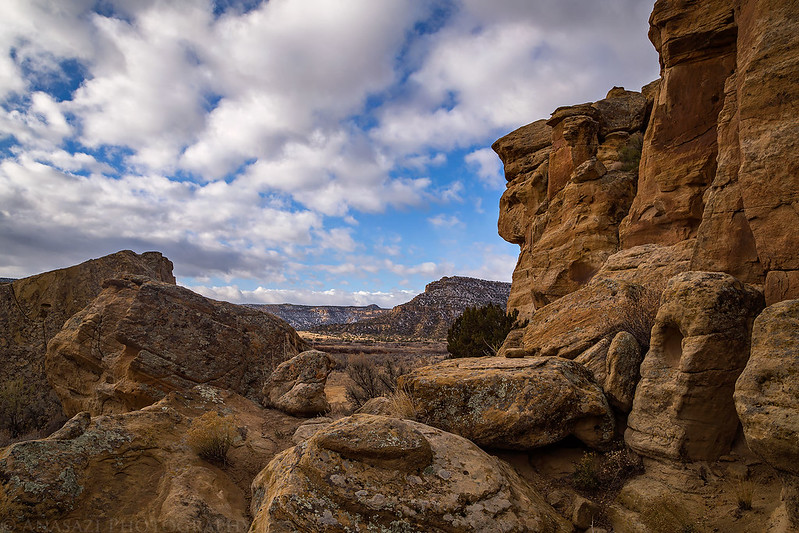 This was definitely my favorite panel of the morning. 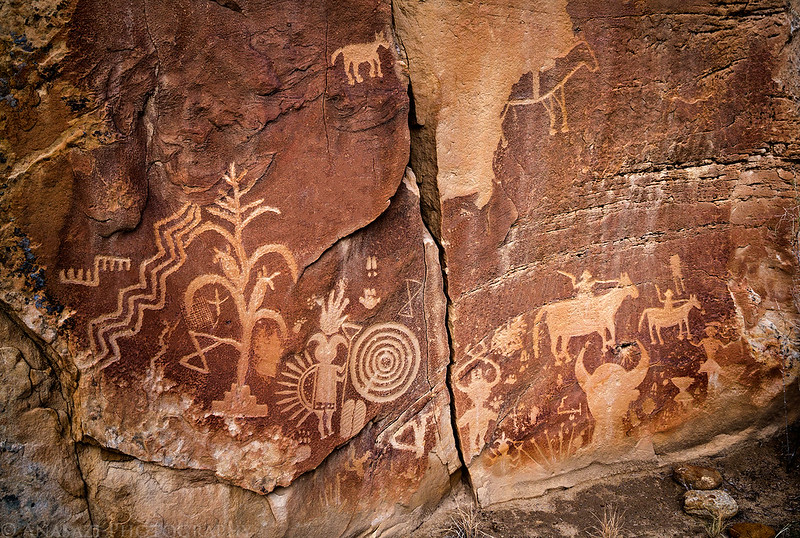 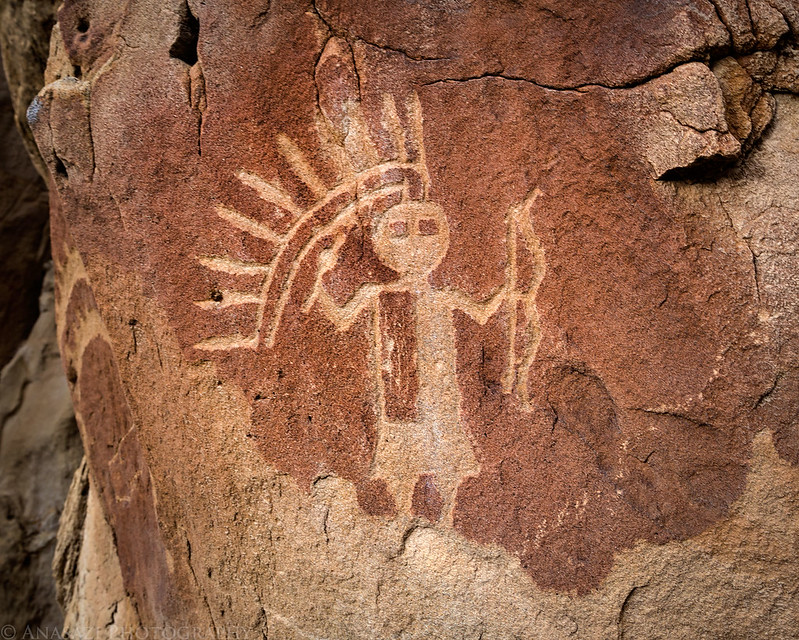 The light was nice as we hiked up the canyon to The 44 Panel next. 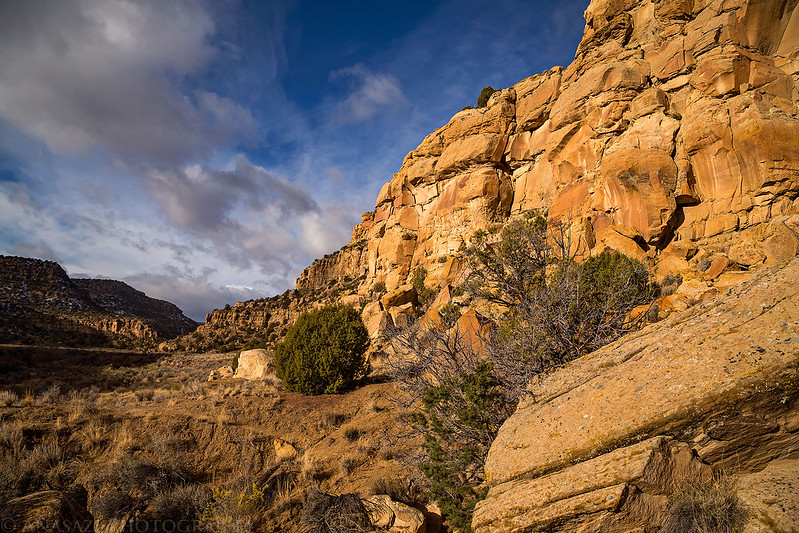 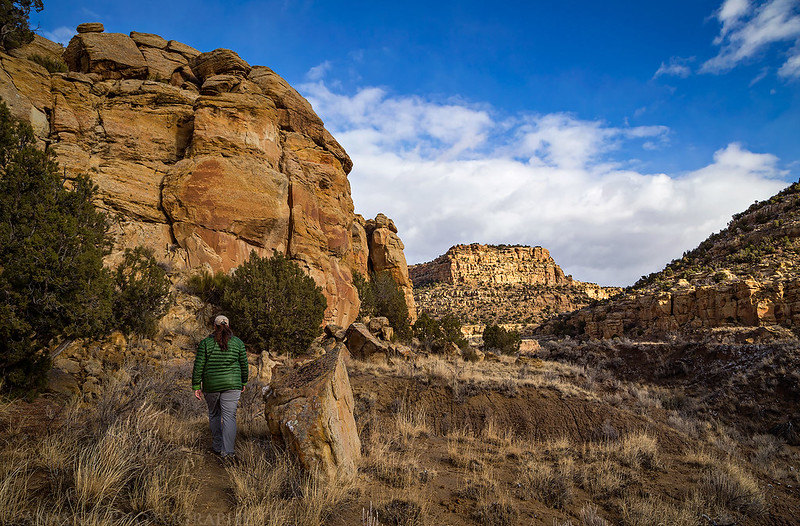 I spotted this inscription by Ramon Rodriguez from 1908 on a sandstone knob above the trail. 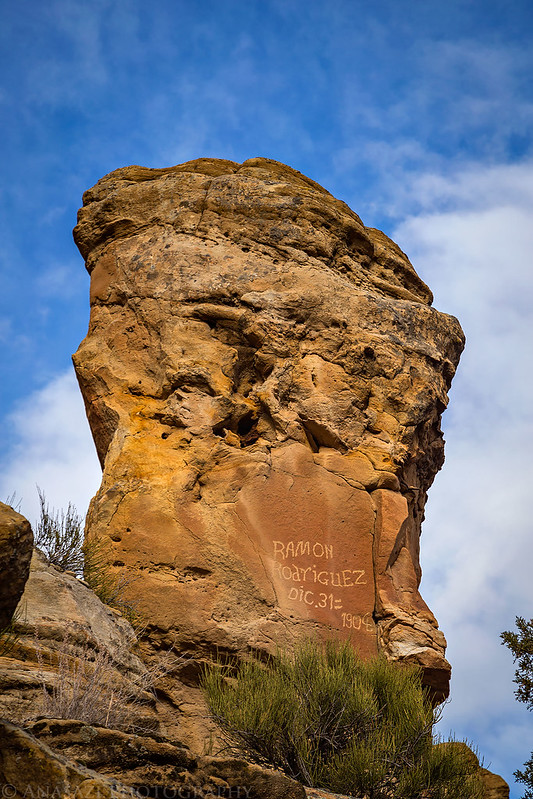 I wonder why it’s called The 44 Panel? 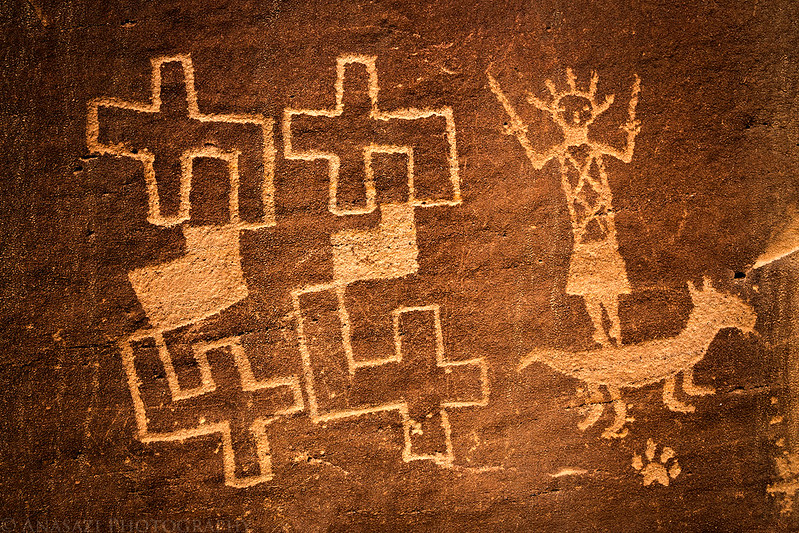 There were plenty of other petroglyphs nearby, too. 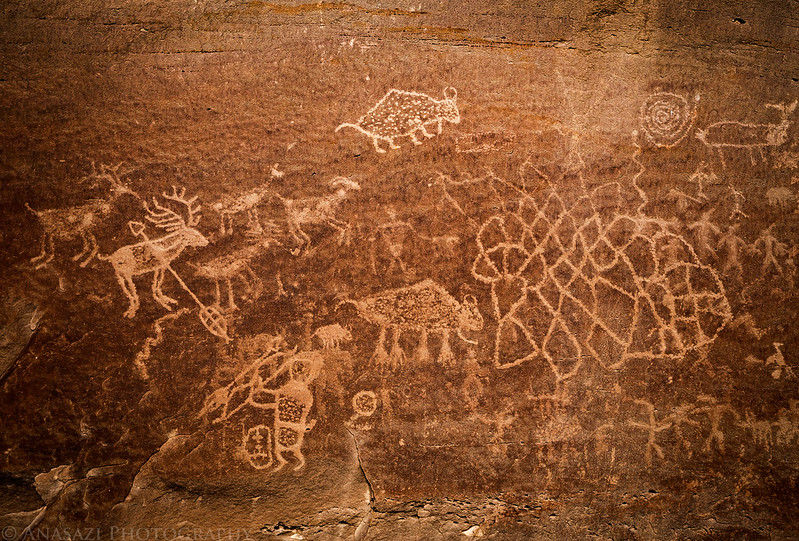 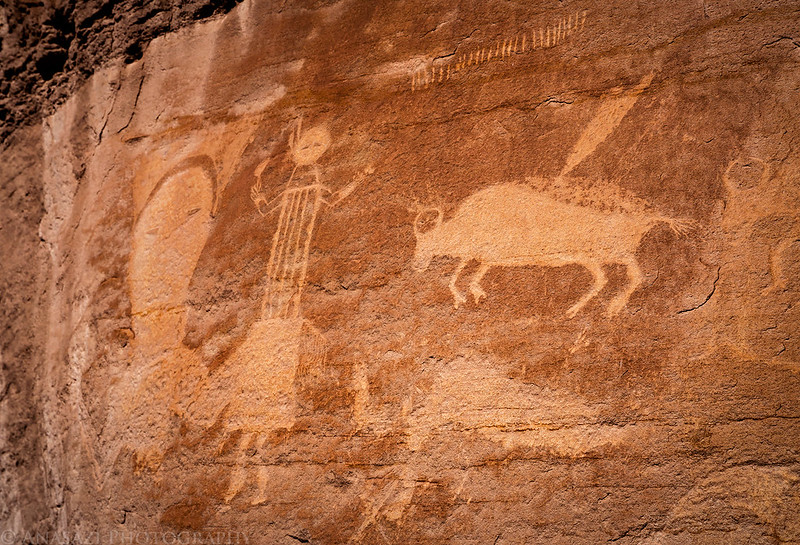 I almost missed this nice panel hidden behind a sandstone spire, so it’s a good thing Diane saw it. 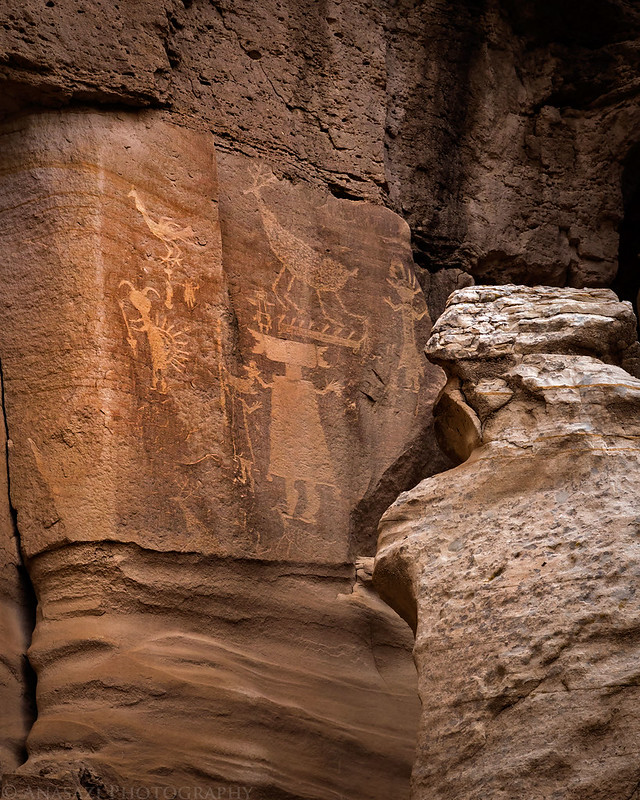 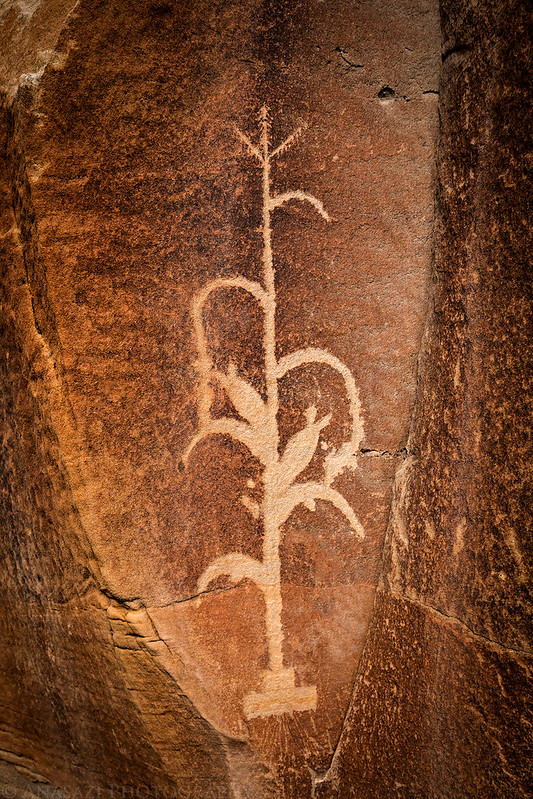 Before leaving the canyon and heading back home we made one last stop at the Big Warrior Panel as the wind picked up and some snow started falling. 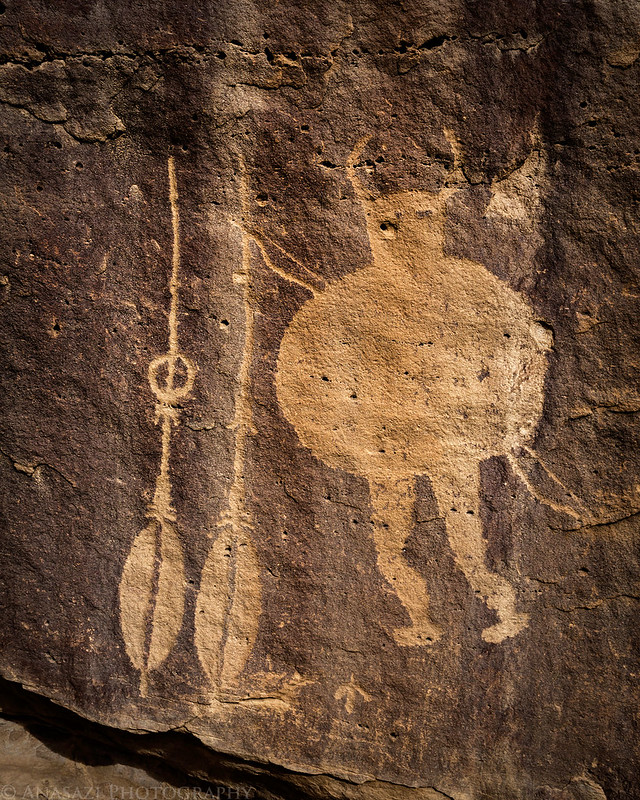 Since a winter storm was moving through the area and it was snowing pretty good in the mountains, we decided to skip Red Mountain Pass and instead went home through Shiprock, Cortez, Monticello and Moab. We missed all the snow and had an uneventful drive back home. It had been a great weekend and we are both looking forward to returning back to New Mexico during our honeymoon in March!