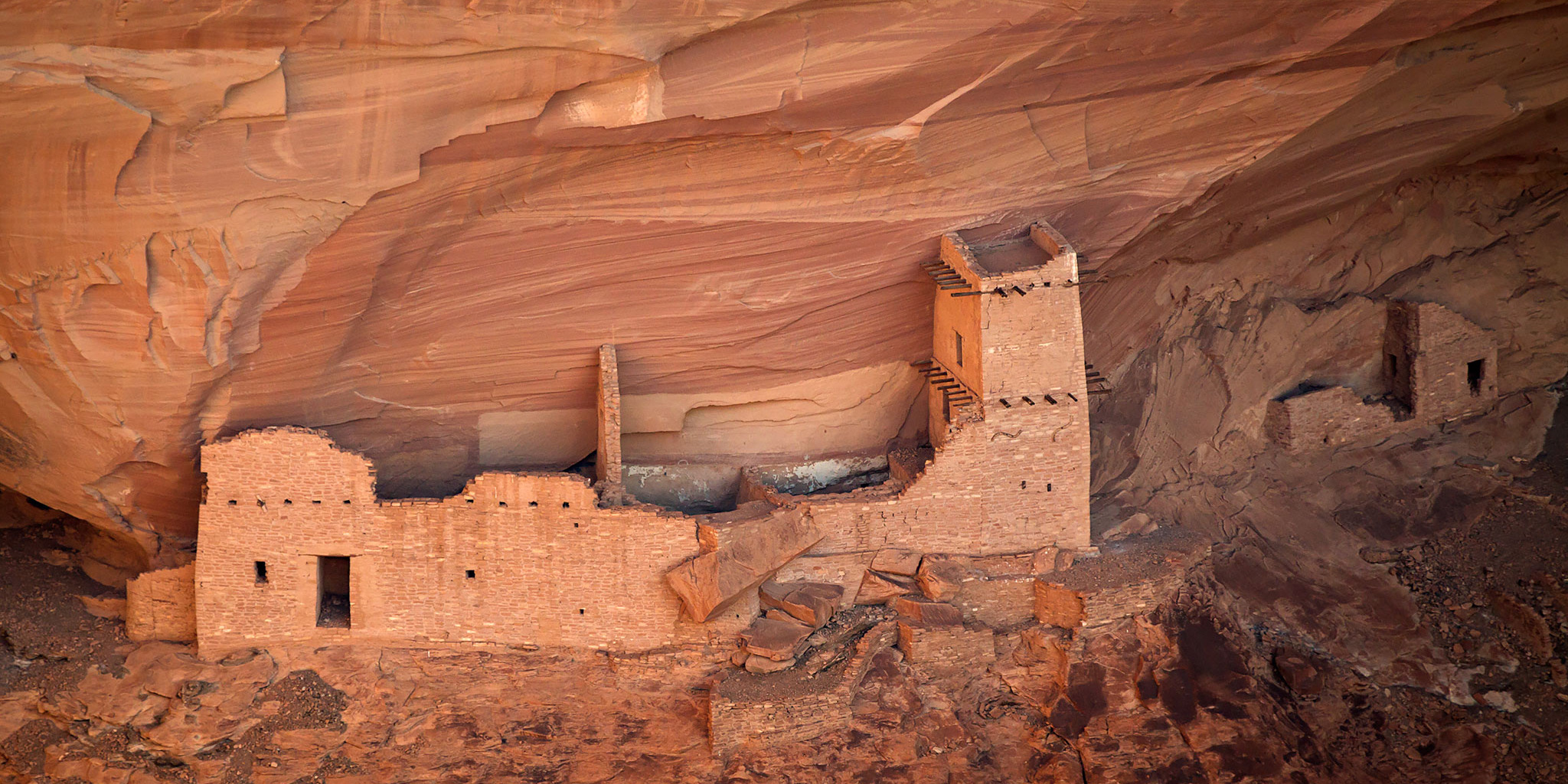 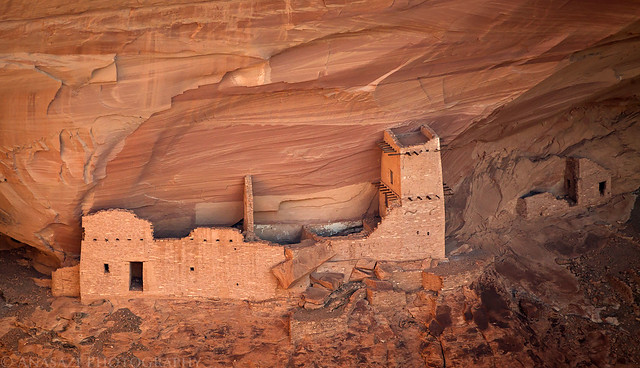 I’ve wanted to visit Canyon de Chelly National Monument for many years but it never seems to work out for me. In the past I have taken multiple trips where I’ve passed near Canyon de Chelly and hoped to have had time to stop for a visit, but things never worked out and I still haven’t made it there. Even though it was a bit of a drive from Farmington, I decided it was finally time to make it over there on this trip, even if it was only to visit the overlooks from the rim and hike down to the White House Ruins this time (the only trail down into the canyon you can hike without paying for a guide). I will have to return for another visit to spend some time in the canyons with a guide.

We left our hotel early in the morning and drove past Shiprock, though Redrock Valley and then over Buffalo Pass in the Chuska Mountains to reach the park. Since we were coming from the east, we started out by visiting the overlooks along Canyon del Muerto until we reached the Visitor’s Center near the mouth of the canyon. Then we worked our way up the south rim of Canyon de Chelly stopping at all of the overlooks on that side.

Driving past Shiprock on our way to Canyon de Chelly National Monument in Arizona.

There was a bit of snow on the ground at Buffalo Pass (8,482) in the Chuska Mountains. 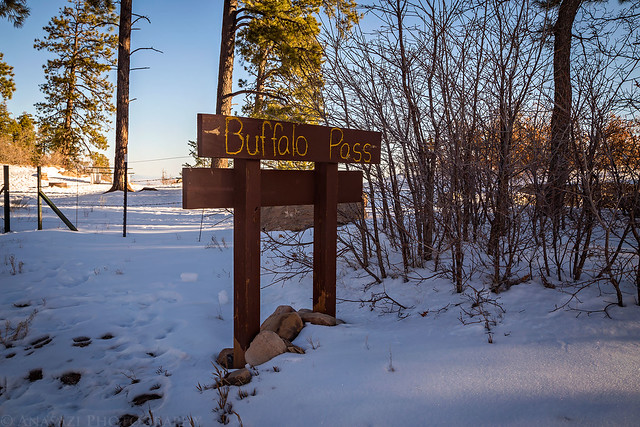 The Yucca Cave Ruins were visible from the Massacre Cave Overlook, which was the first stop we would visit in the Monument. 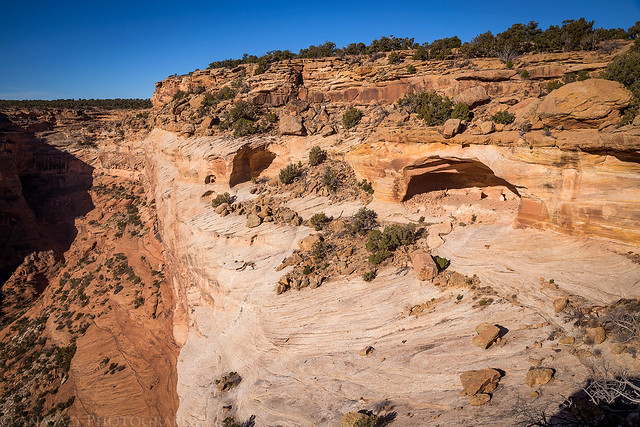 The Mummy Cave Ruins were pretty impressive (see the photo at the top of the page), even from the overlook above! 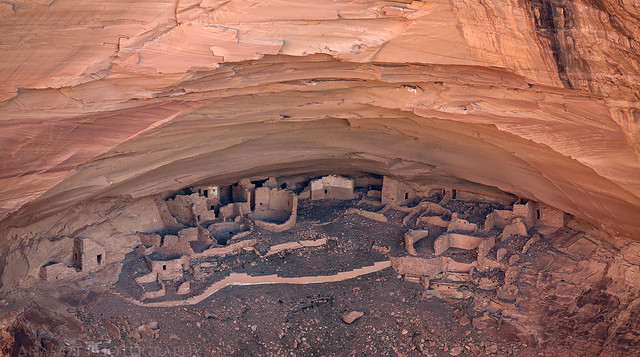 Our last stop along the rim of Canyon del Muerto was at the Antelope House Overlook. 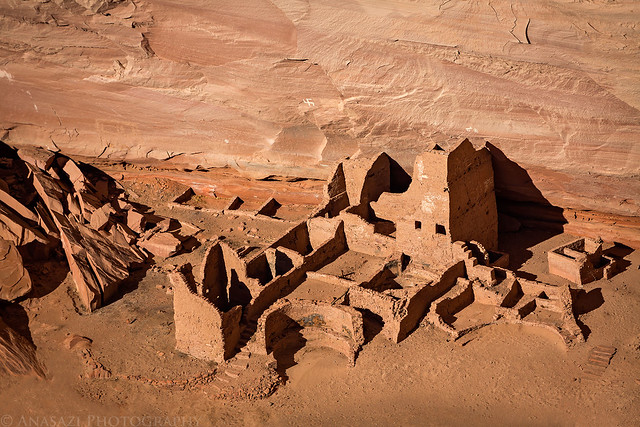 They are hard to see in this photo, but these are the pictographs that the Antelope House Ruin is named after. These illustrations are attributed to Navajo artist Dibe Yazhi (Little Sheep) who lived here in the early 1800’s.

We finally made it to the Visitor’s Center near Chinle. 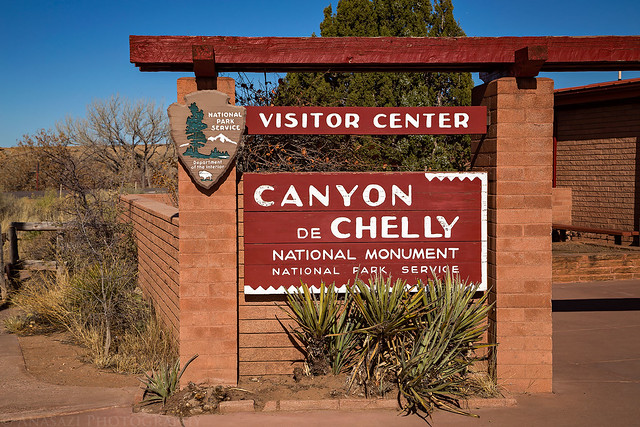 The view from the Junction Overlook of the confluence of Canyon del Muerto and Canyon de Chelly. Clouds were just starting to move into the sky from the south. 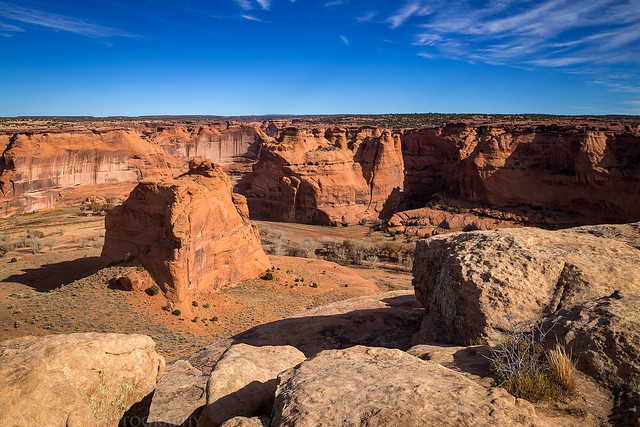 A nice view into Canyon de Chelly from the rim of the canyon along the White House Trail. 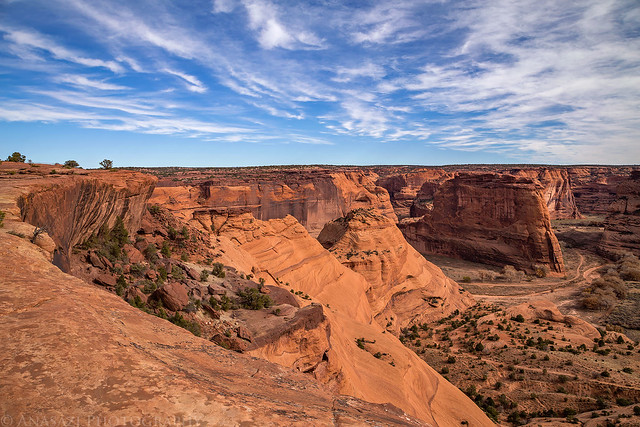 The first tunnel we would pass through on our way down the White House Trail. I wasn’t expecting this trail to be as well-built as it was. 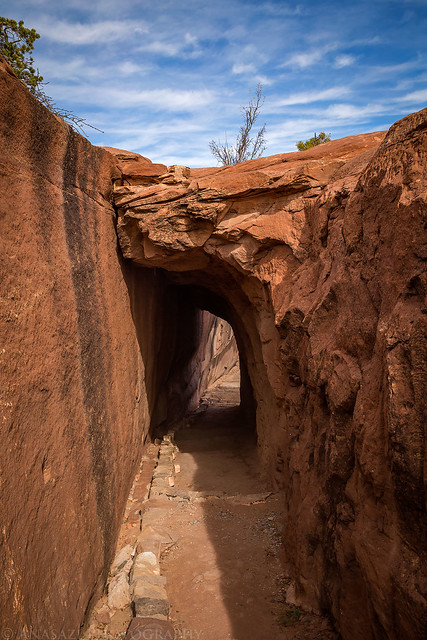 Diane stops to enjoy the view during our hike into the canyon. 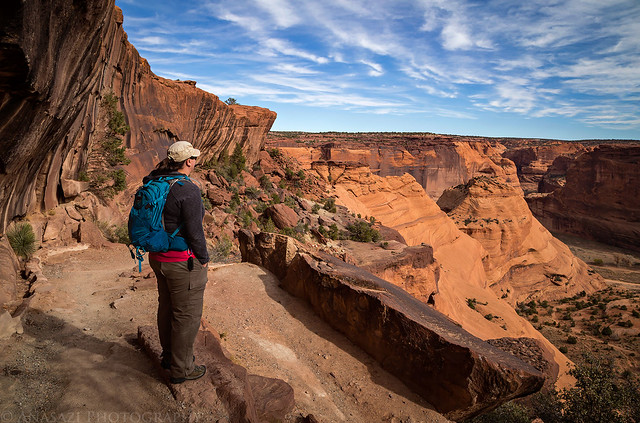 The second tunnel was down near the bottom of the trail, shortly before reaching the canyon floor. 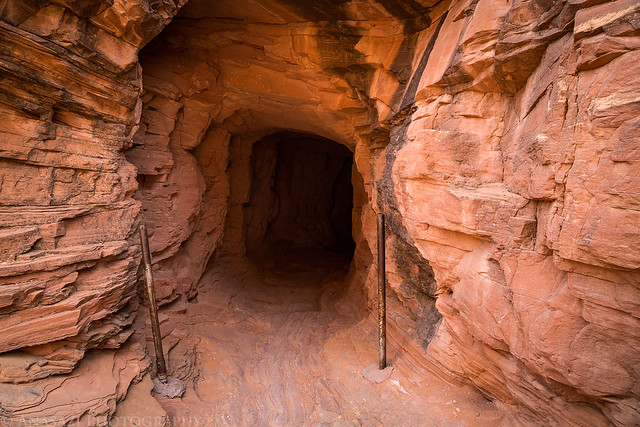 The up-close view of the White House Ruins. As we neared the end of the trail, the clouds that had been moving it had filled the sky and made it overcast for the rest of our visit in the park. 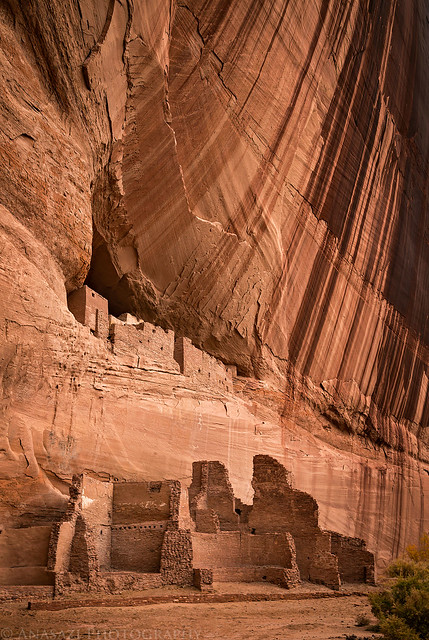 A better look at the upper level ruins with the ‘White House’ in the back.

Our last stop of the day was at the Spider Rock Overlook. I’ve seen many photos of this imposing spire before and was happy to finally see it in person. 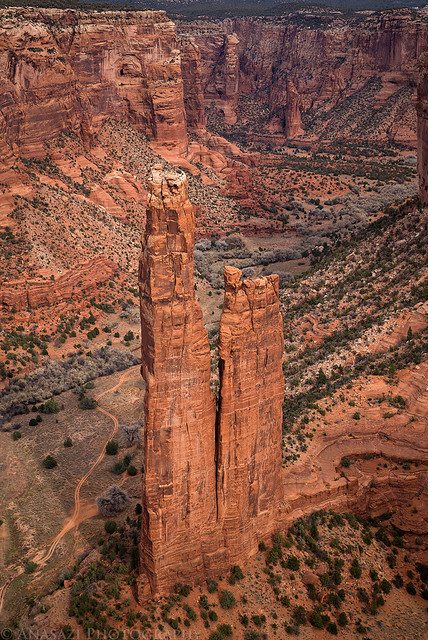 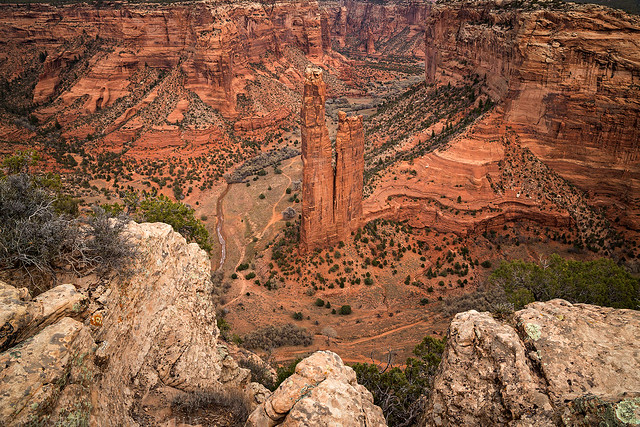 After visiting the last overlook we returned to Chinle and then drove back to our hotel in Farmington via the quicker but longer way through Many Farms, Teec Nos Pos, and Shiprock.