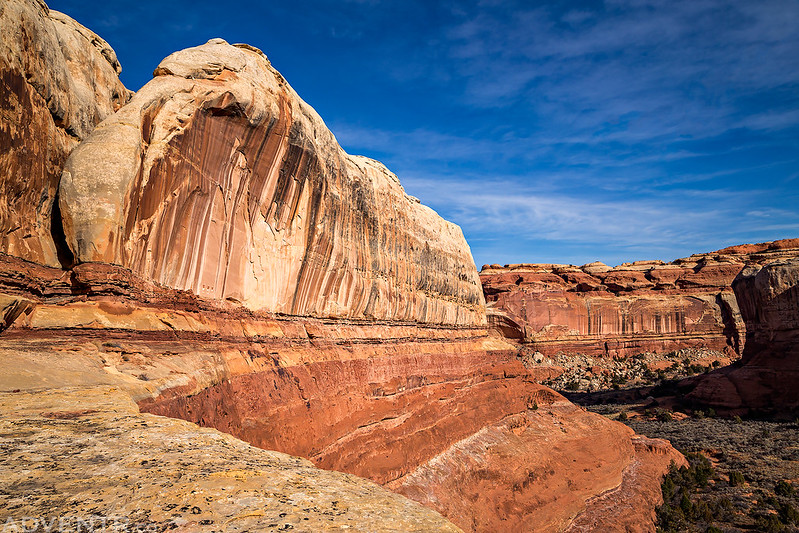 A view of The Sky Faces in their precarious location within Canyonlands National Park.

This time I was able to reach the Sky Faces and the climb up to them was easier than I was expecting. I was only unable to climb up onto the final ledge right in front of the pictographs for a closer look, but I was sort of expecting that to be the case. It would have been a tricky move with massive exposure below which was definitely too much for me! The total length of the hike ended up being just over 18 miles and a lot of that was through soft sand. I spent the rest of the evening visiting other parts of The Needles and then headed back home just after sunset.

Sunset on the Book Cliffs as I drove through Utah on my way to Canyonlands. 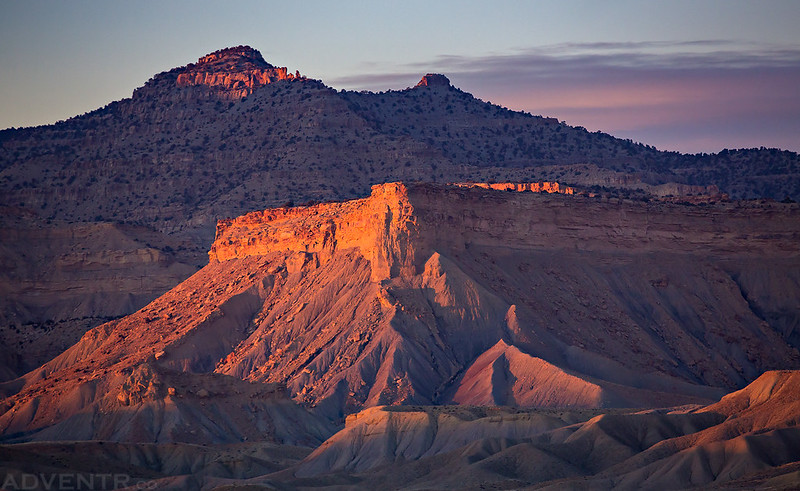 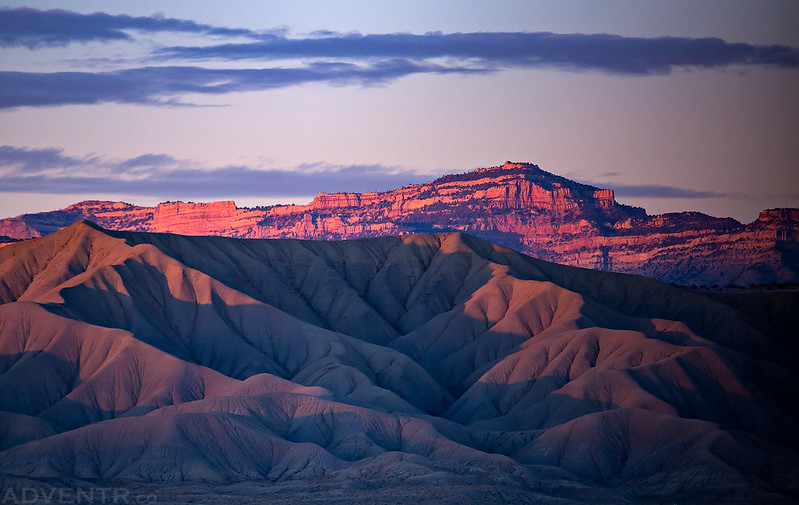 First light in the canyon as I hiked up the sandy wash. 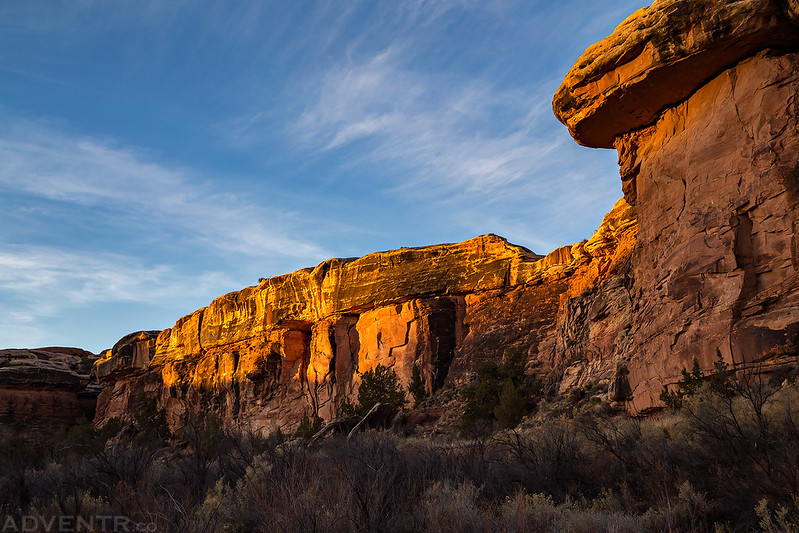 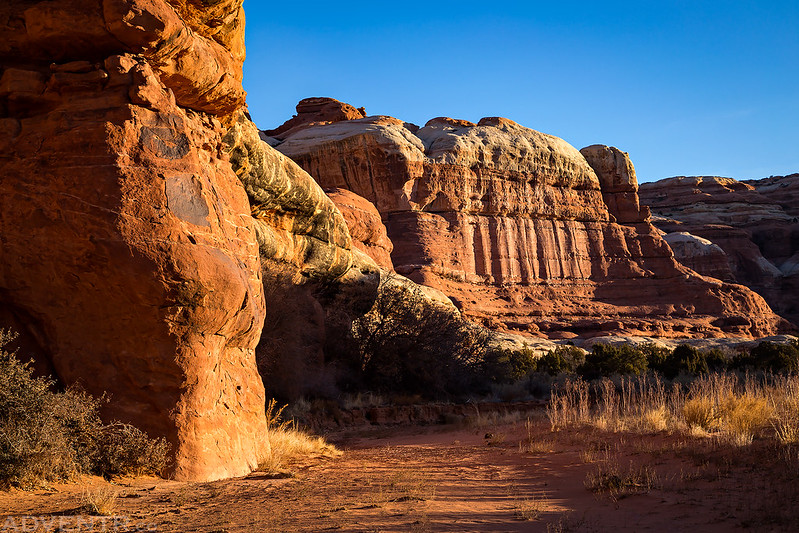 Walking across a narrow sandstone catwalk to reach the Sky Faces. 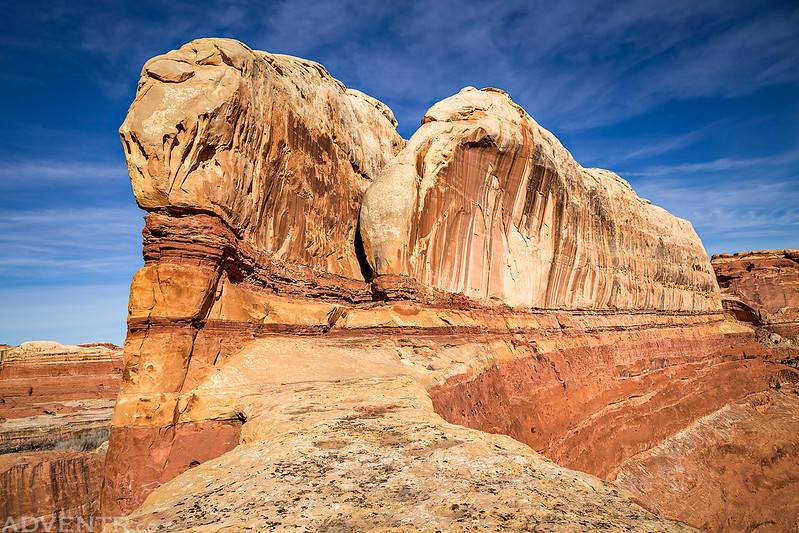 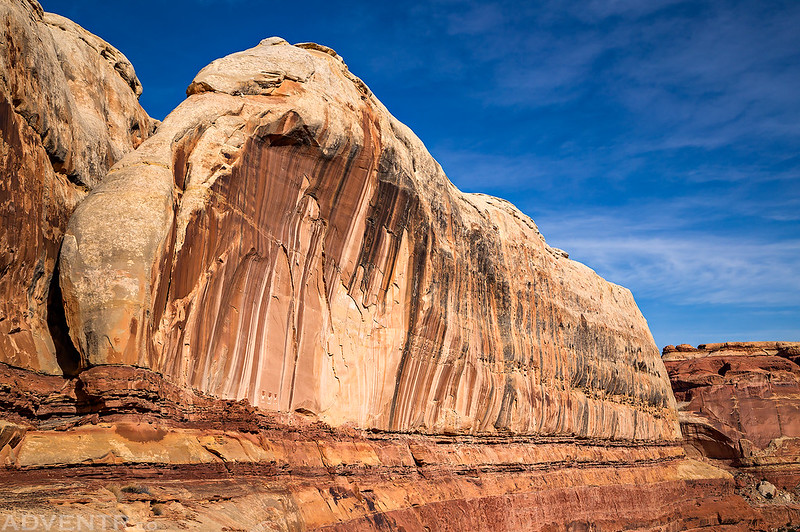 Since I couldn’t get close to the pictographs, this is a photo taken from the other side of the small canyon that is zoomed in and heavily cropped. 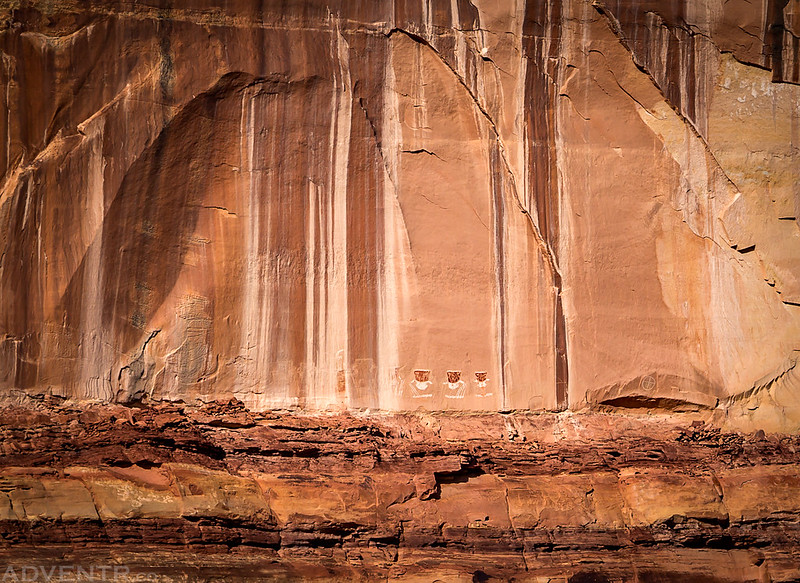 One more closer look from the side. Again, a heavily cropped photo. 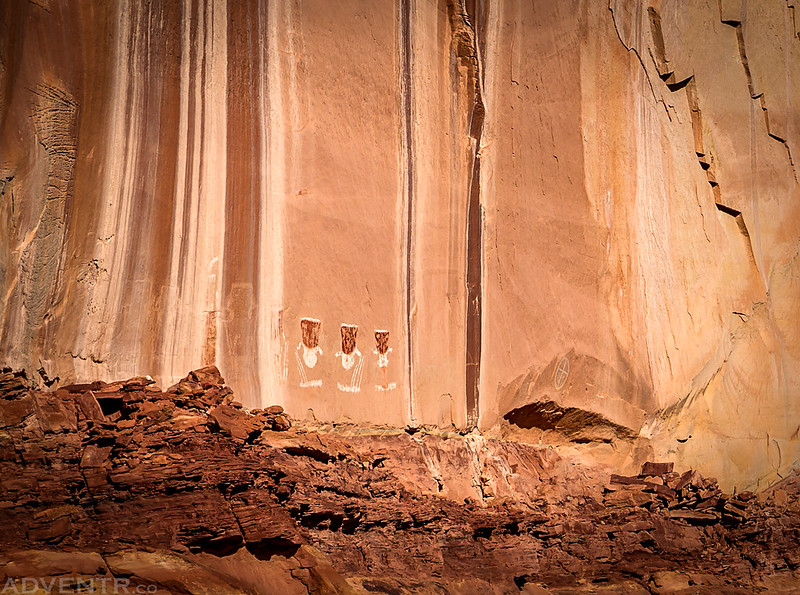 Exploring Canyonlands in my Jeep before sunset. 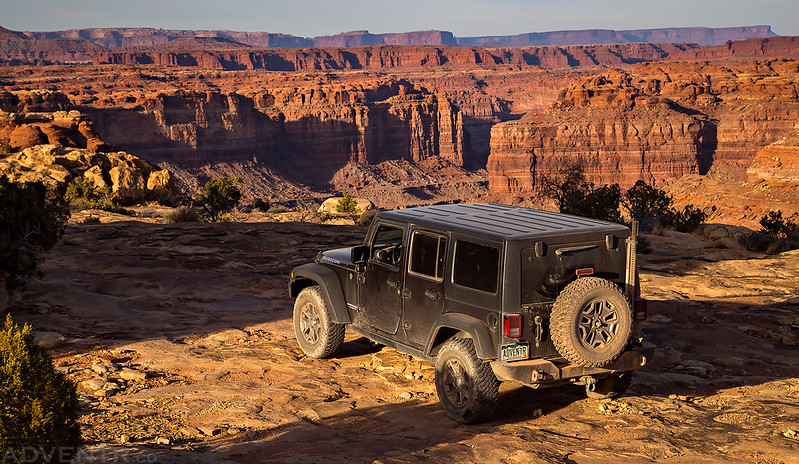 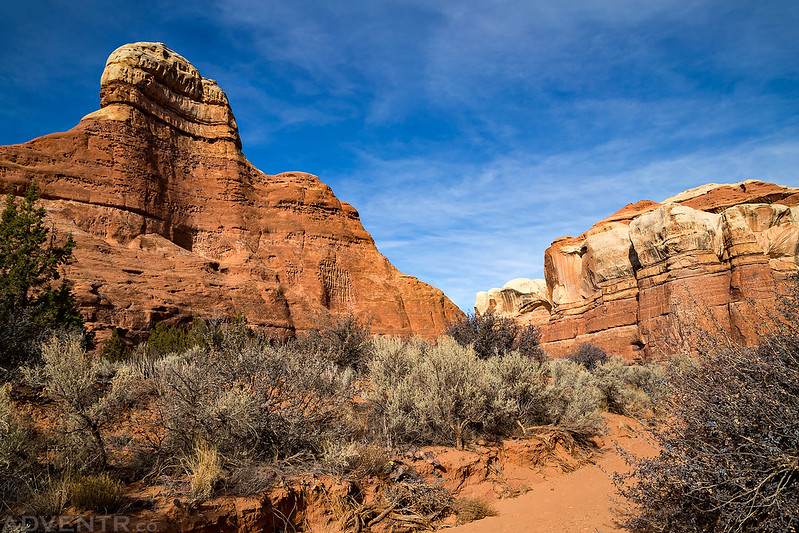 A small ruin I visited during the hike. 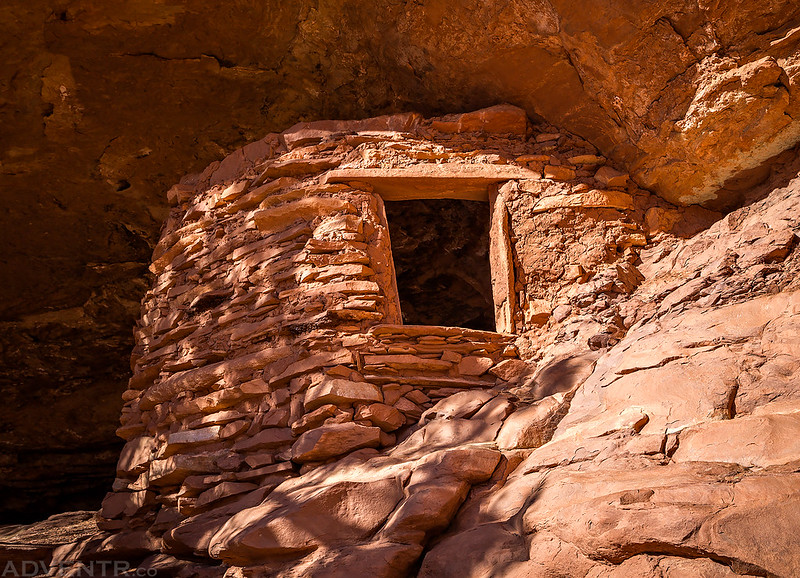 Glowing light though a passage in the sandstone that I used as a shortcut. 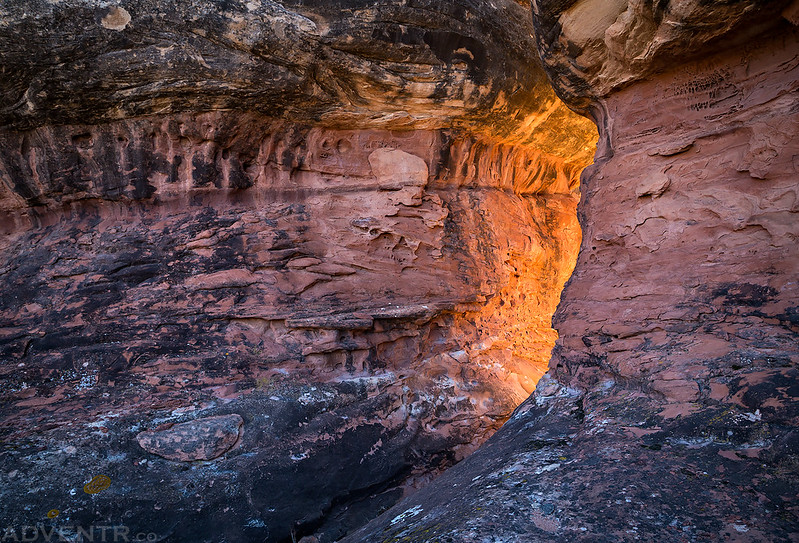 I made some time to revisit the Eleven Faces (Blue Faces) while I was in the park. 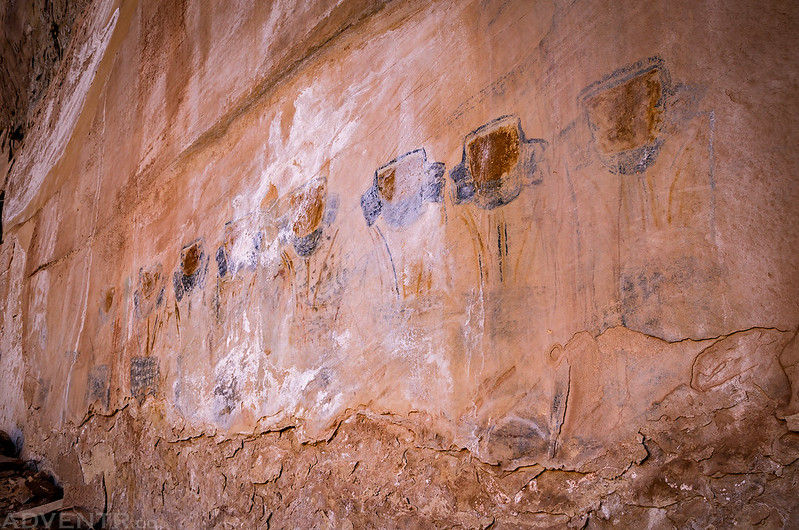 Three of the Eleven Faces. 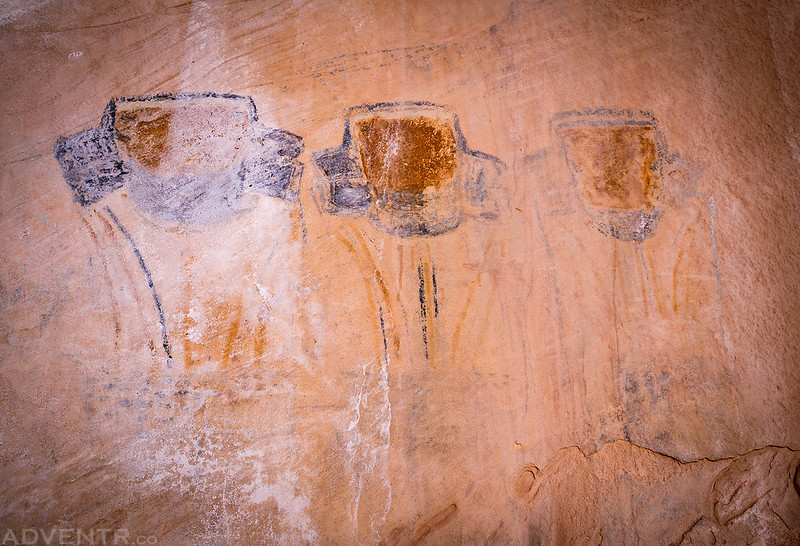 A nice panel of pictographs and petroglyphs I revisited. 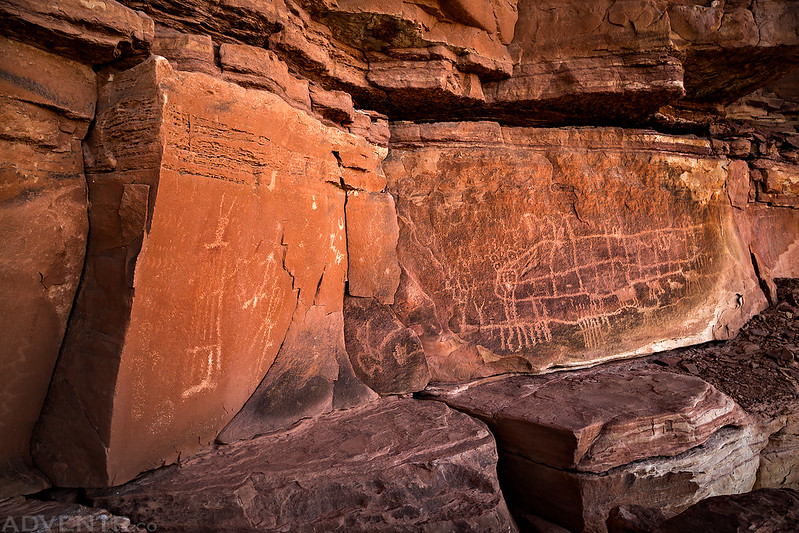 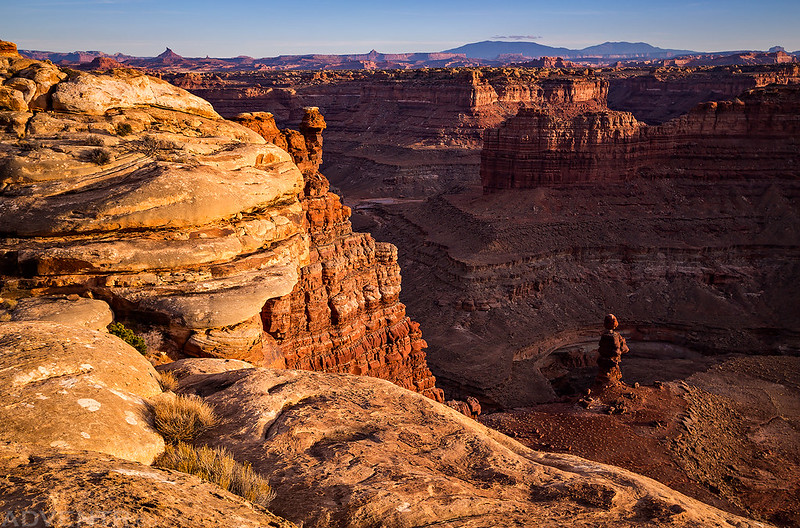 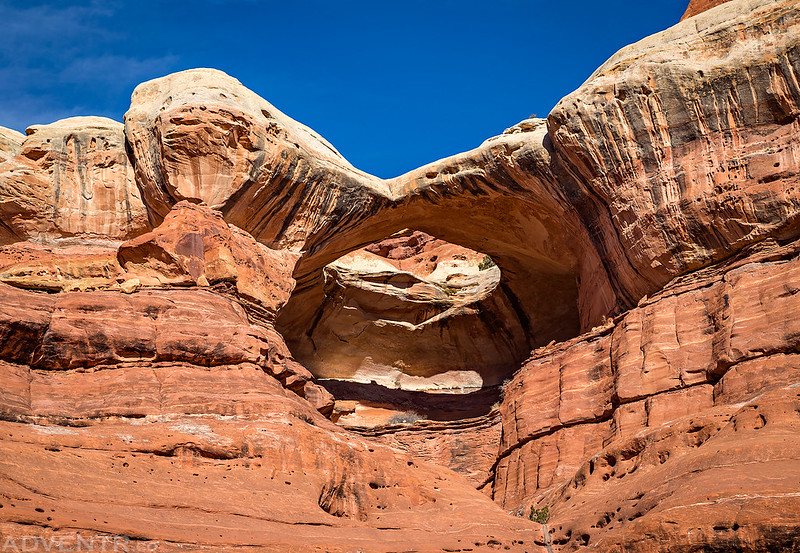 While most of the ‘Faces Motif’ rock art are pictographs, there is this one incised petroglyph that’s very interesting. 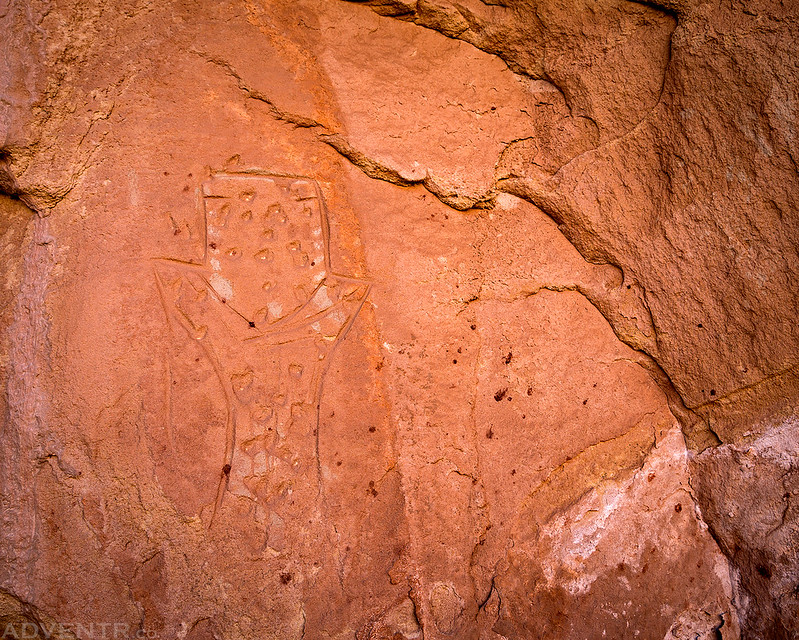 Junction Butte and the Island In The Sky beyond my Jeep. 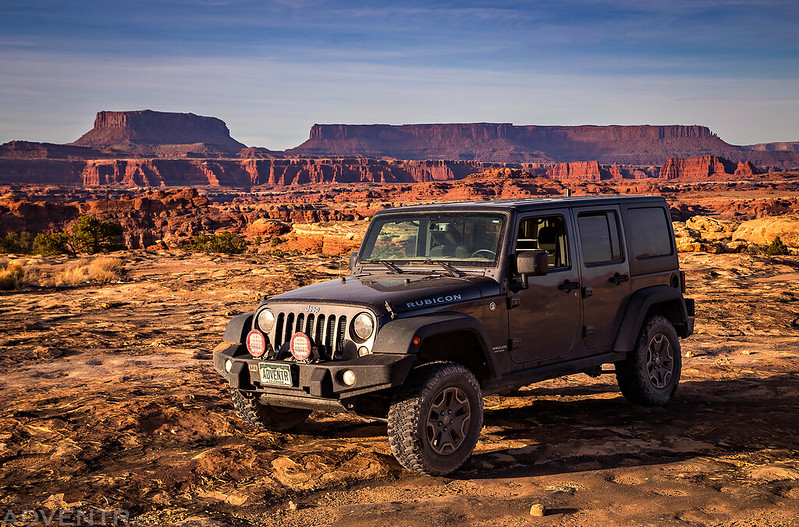 A ruin located high up on a canyon wall with a tall ladder in place to reach it. I was unable to get close enough to tell if this is an original ladder or something built later on to access the ruins. I will say that it would have been a lot of work to get the large log for the ladder up there in the first place. 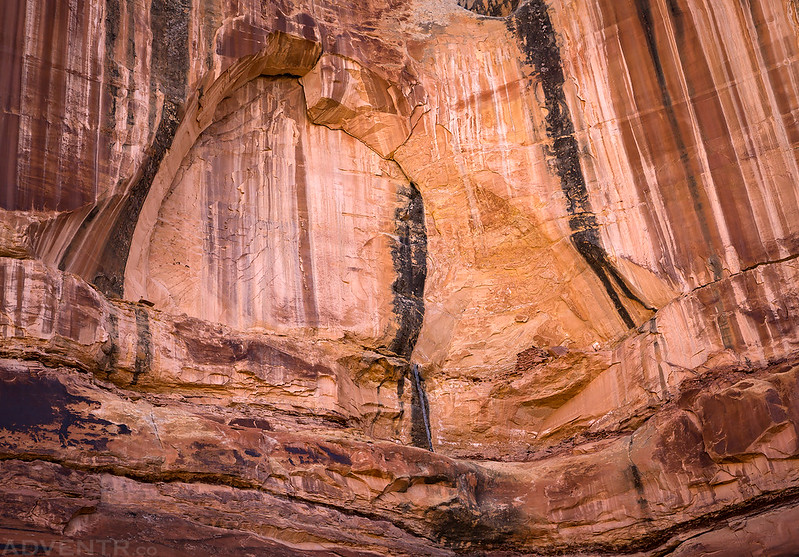 Much of my day was spent hiking in deep sand like this. 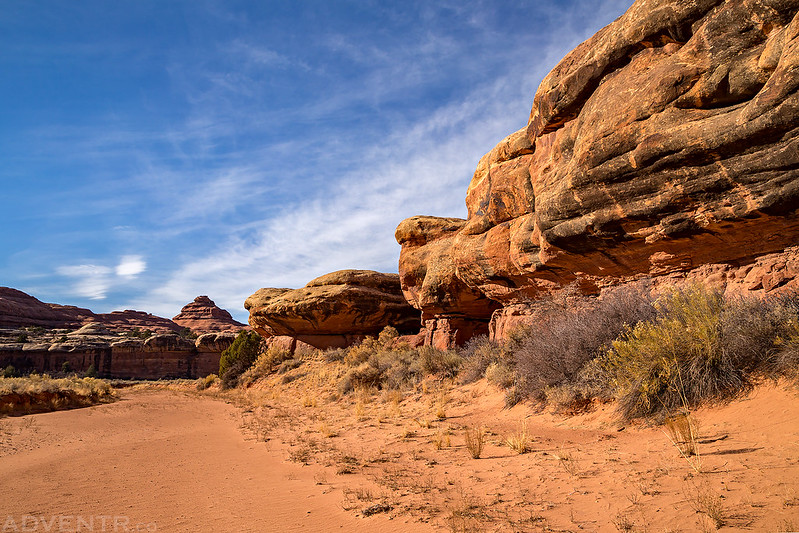 An evening view from the Colorado River Overlook. 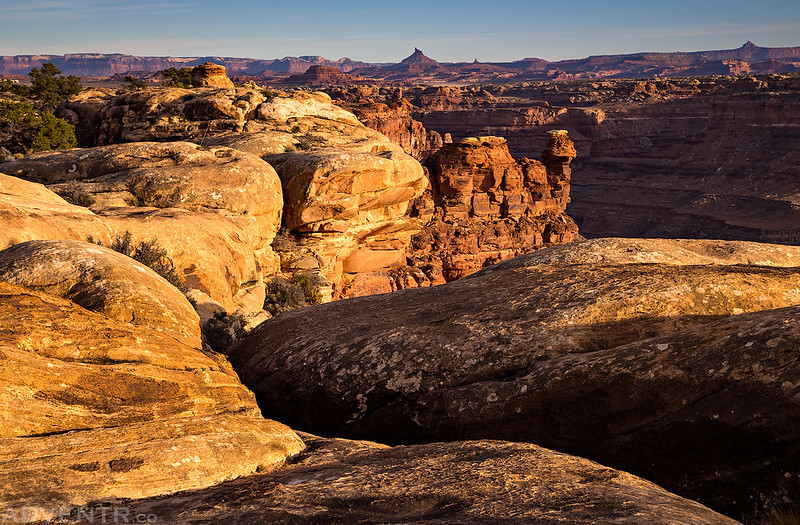 Looking down on the Colorado River flowing through Meander Canyon. 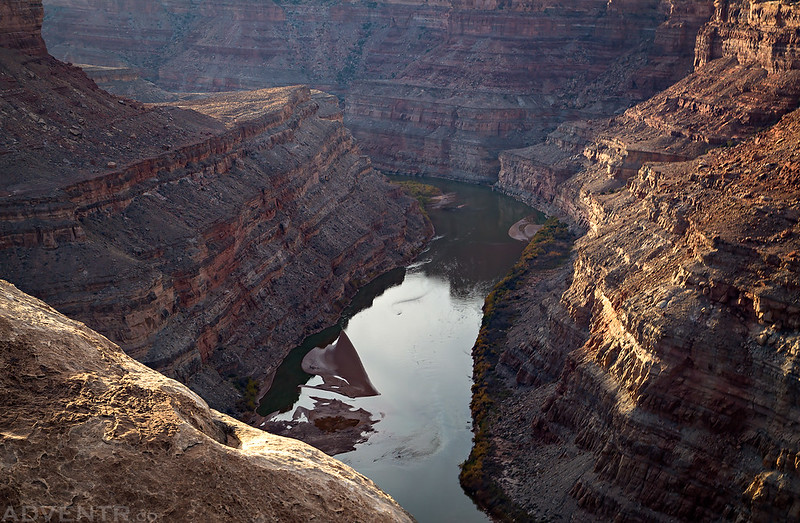 As I was driving up Indian Creek Canyon on my way back home, the Super Moon rose up above the canyon rim and I had to pull over for one last photo. 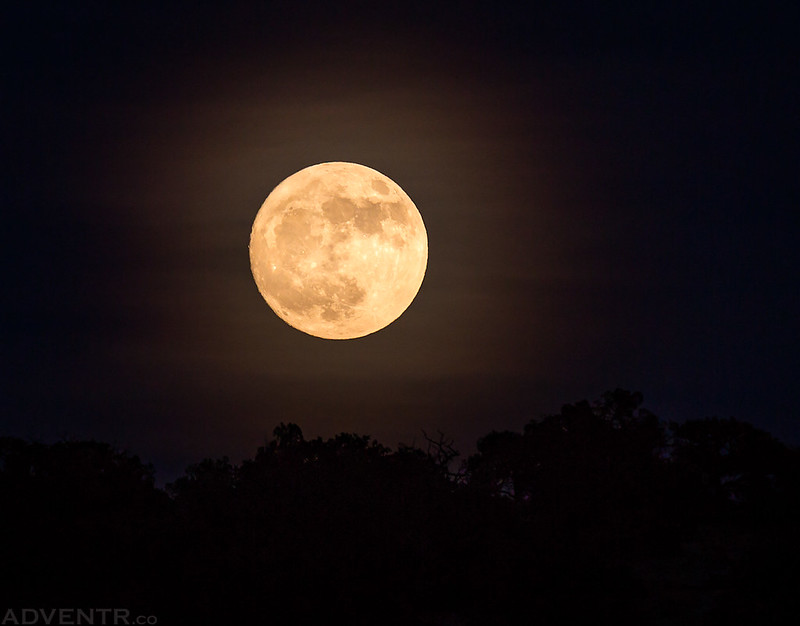 >> The Search for The Sky Faces Photo Gallery