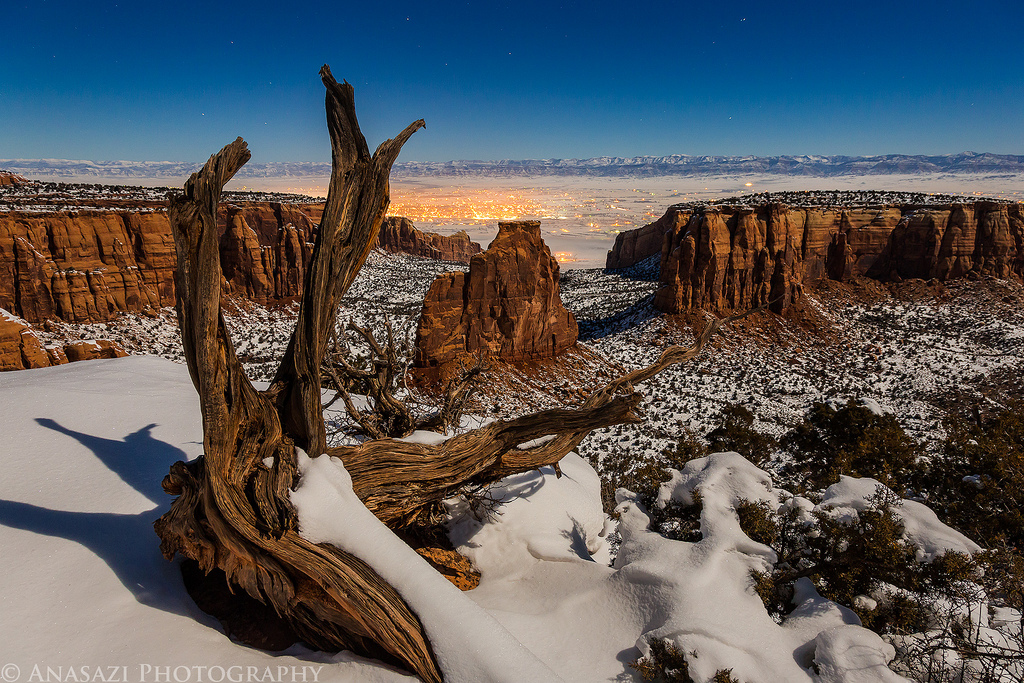 The Monument at Night

With the full moon out tonight, I thought it would be fun to head up to the Colorado National Monument again and try to get a few photos of the canyons and spires lit by the moonlight with the city lights of Grand Junction and Fruita in the background. Thanks to an inversion, the temperatures in the valley were pretty cold but, it was much nicer up on the Monument. 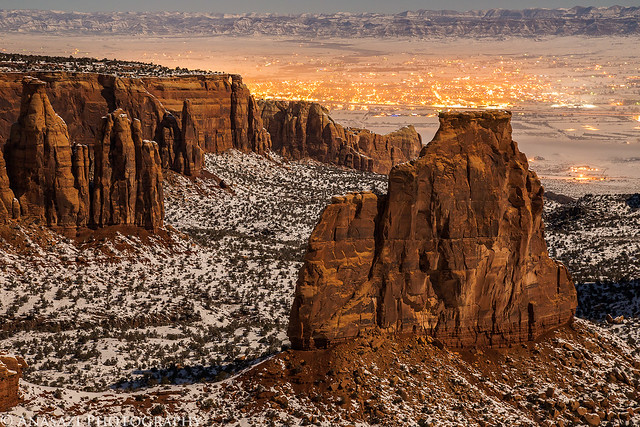 A closer look at the Pipe Organ, Sentinel Spire and Window Rock. 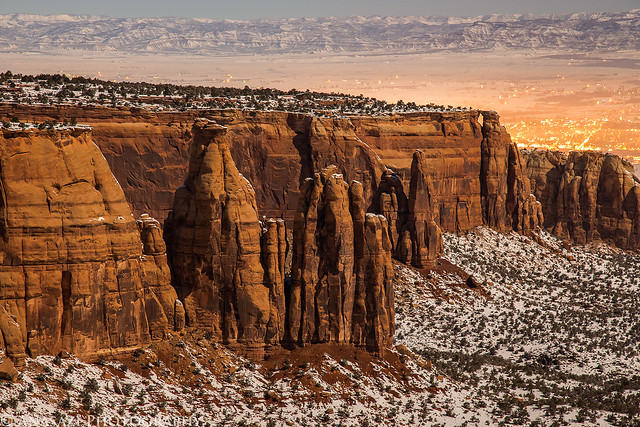 I really like this one with the snow, shadows and faint stars. 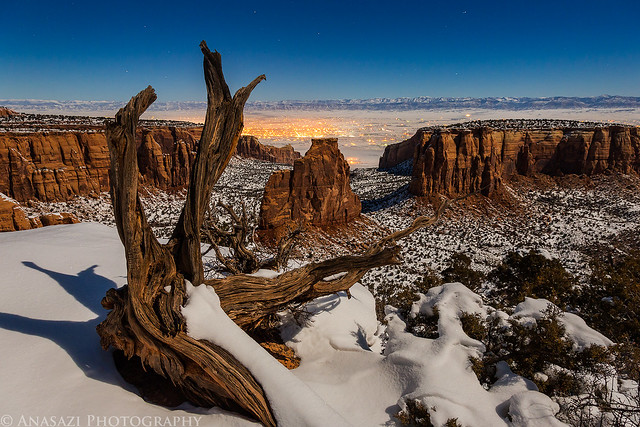 Independence Monument with Grand Junction in the distance. 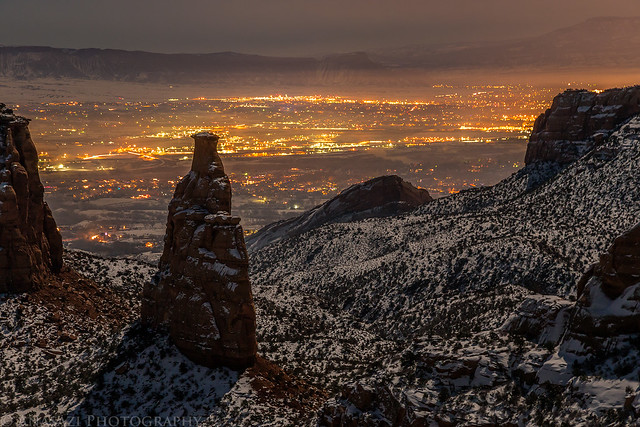 >> The Monument at Night Photo Gallery