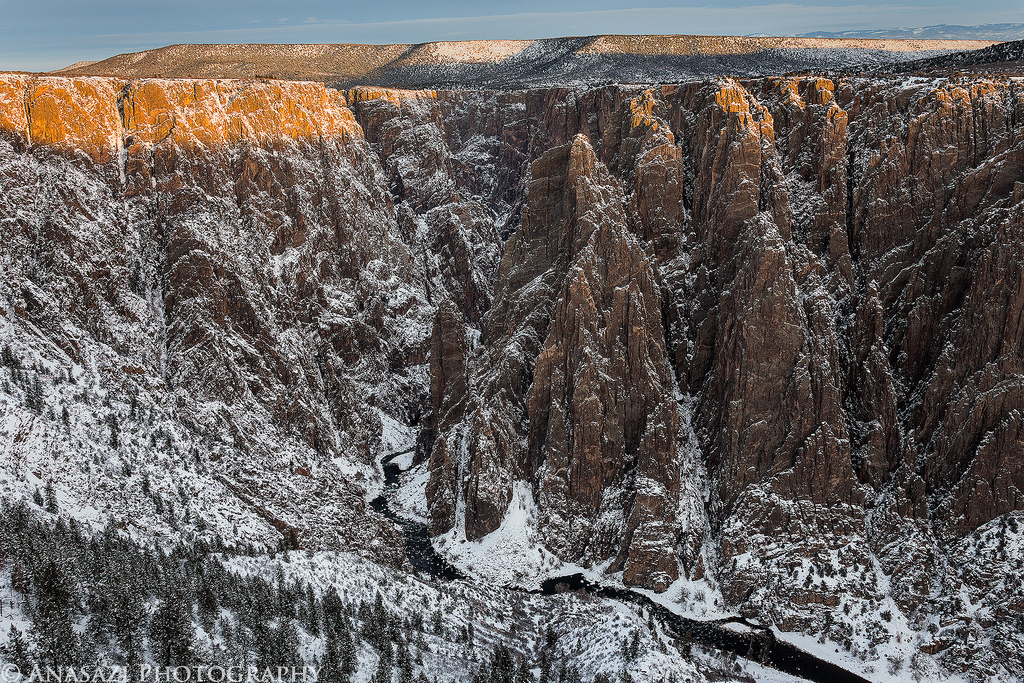 For my final trip of the year I had the urge to get out snowshoeing again, except I didn’t want to just head up onto the Grand Mesa again. I wanted to try somewhere new that still wasn’t too far away from home. I realized that I hadn’t made it to the Black Canyon of the Gunnison National Park all year and I know they have some snowshoe trails near the Visitor’s Center, so I thought it would be a great place to check out.

I left my house bright and early and arrived at the park well before sunrise. Let me tell you, it was cold and windy! I hiked around until I found a view into the canyon I liked and waited for the sun to come up. 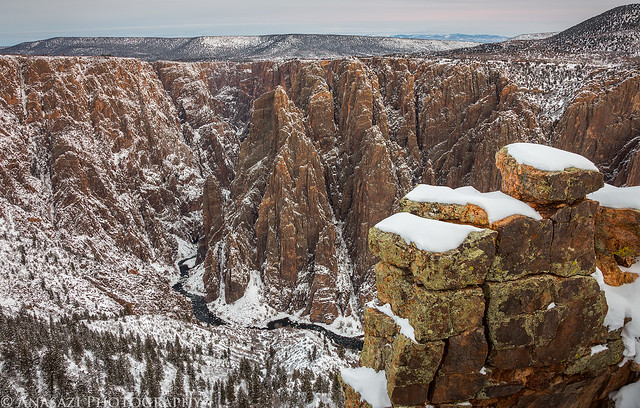 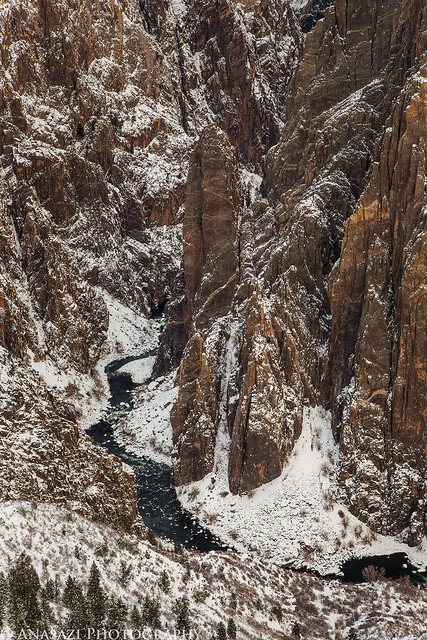 When the sun broke free of the horizon, it lit up the rim of the canyon. 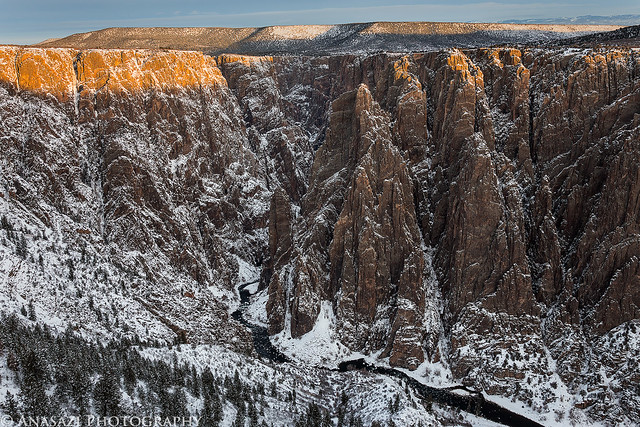 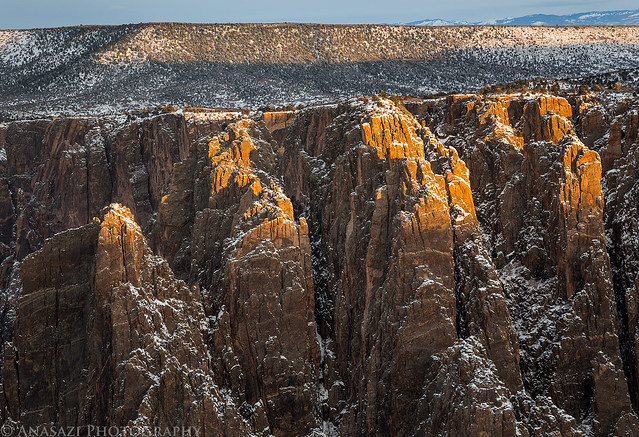 When the sun hid itself behind the overcast sky, and I was too frozen to take anymore photos, I went back to my Jeep and warmed myself up for a bit before starting my snowshoe hike on the Oak Flat Trail. This trail is a 2 mile loop that descends about 400 feet and then climbs back up again. It’s in the trees for part of the loop and kind of narrow in places. There were also some steep switchbacks along the way. Since I usually snowshoe on the relatively flat Grand Mesa this route was a little different for me, and it was a lot of fun! It was a great way to get some experience on different terrain with my snowshoes.

While hiking the trail, I passed this wall covered in different colored lichen. 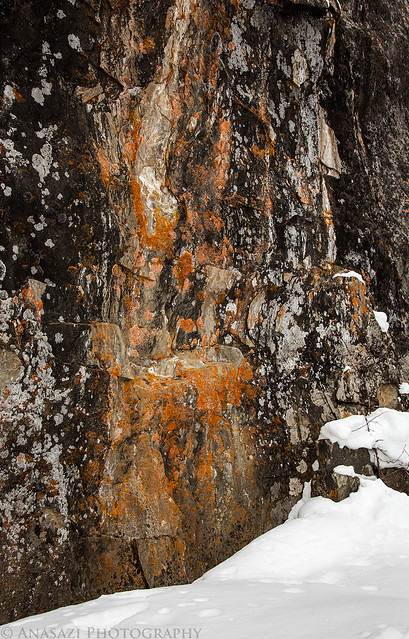 After finishing the Oak Flat loop I was still feeling good and wanted to find another trail to check out. I decided on the Rim Rock Trail that goes from the Visitor’s Center to the South Rim Campground. This trail offered some excellent views into the canyon, and as I neared the campground I also got to break some new trail in the fresh powder since no one had hiked that far yet. 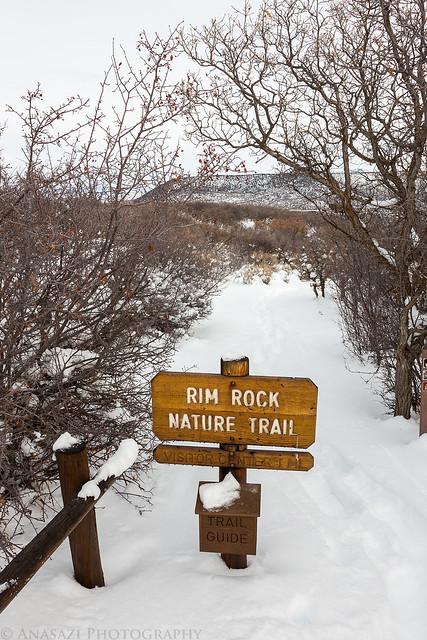 I liked the contrast of the colorful lichen on this boulder to the snow-covered terrain. 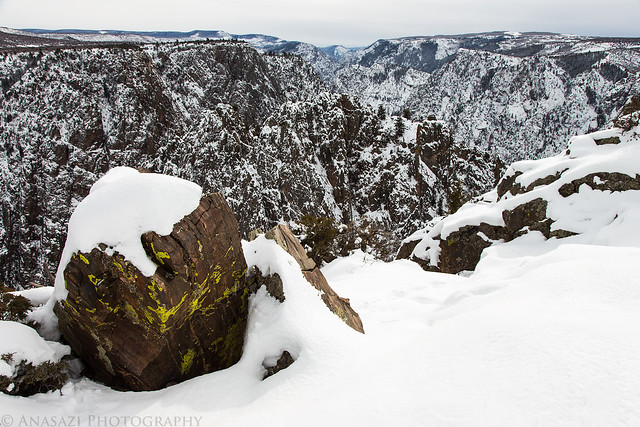 Along the Rim Rock Trail. 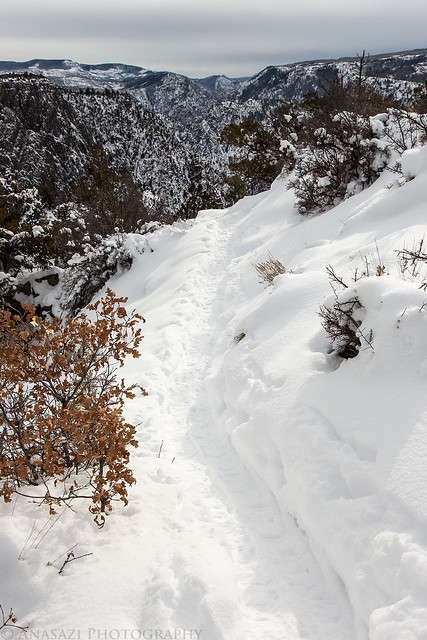 Looking down at my MSR Evo Tour snowshoes. 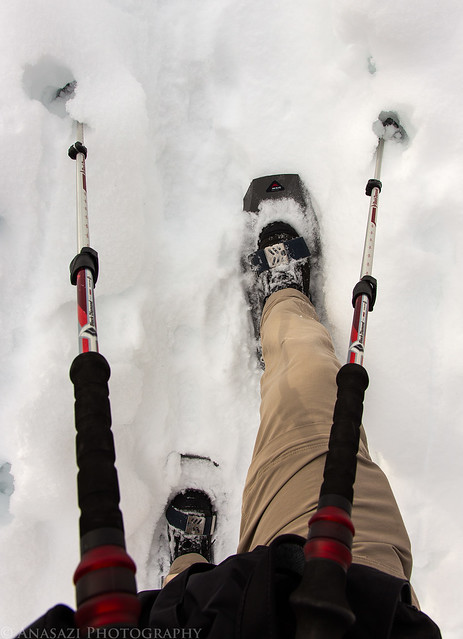 The view over the North Rim of the Black Canyon up a drainage towards the Elk Mountains. 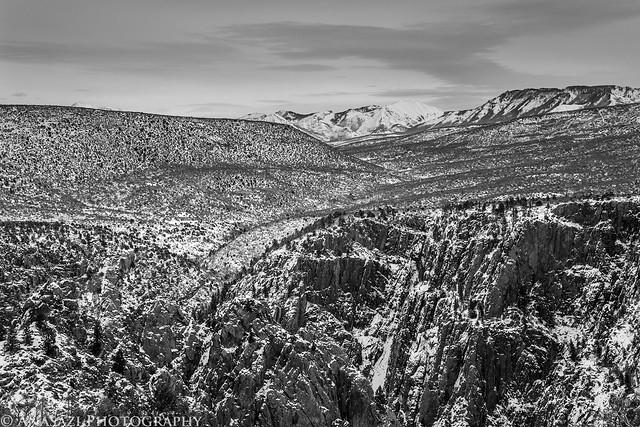 It was a great morning and I’m looking forward to spending more time at the Black Canyon of the Gunnison in the winter months.

Published in Hiking, Photographing and Snowshoeing