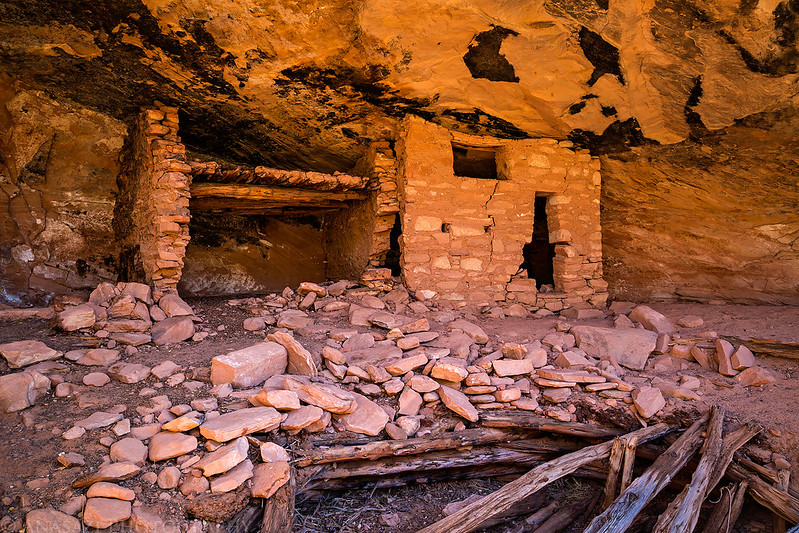 An interesting ruin located behind a kiva in a shallow alcove on Cedar Mesa.

There was plenty of water throughout the canyon, especially near the beginning. 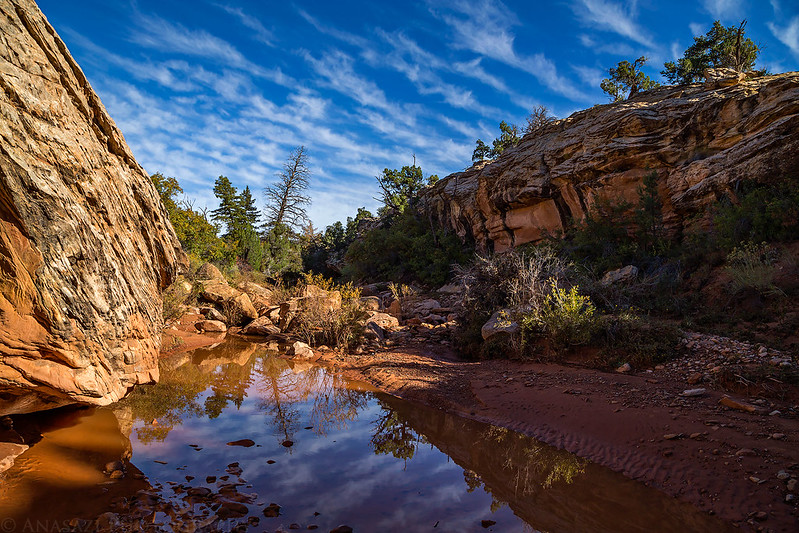 The first granary I spotted is just under the sandstone point straight ahead. 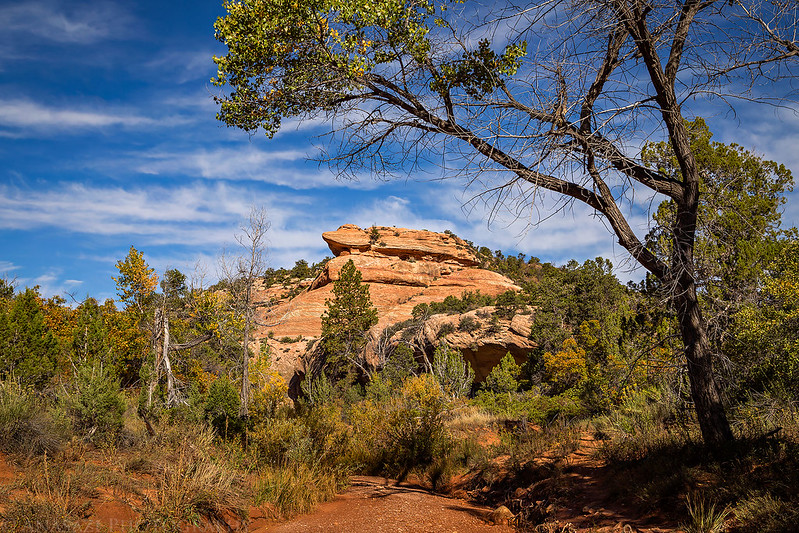 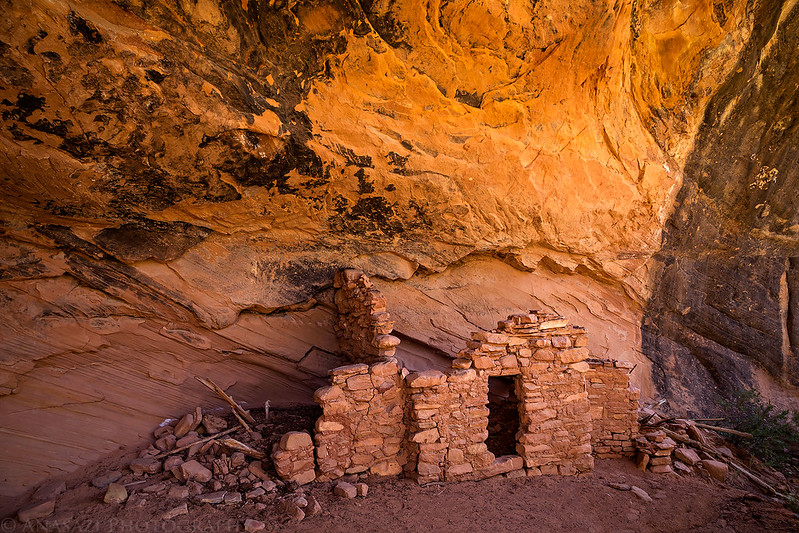 This was an interesting ruin to explore with the remains of a kiva in front.

A good look at the roof beams and if you look closely you can see fingerprints all over the mortar of the structure from the original builders. Very cool! 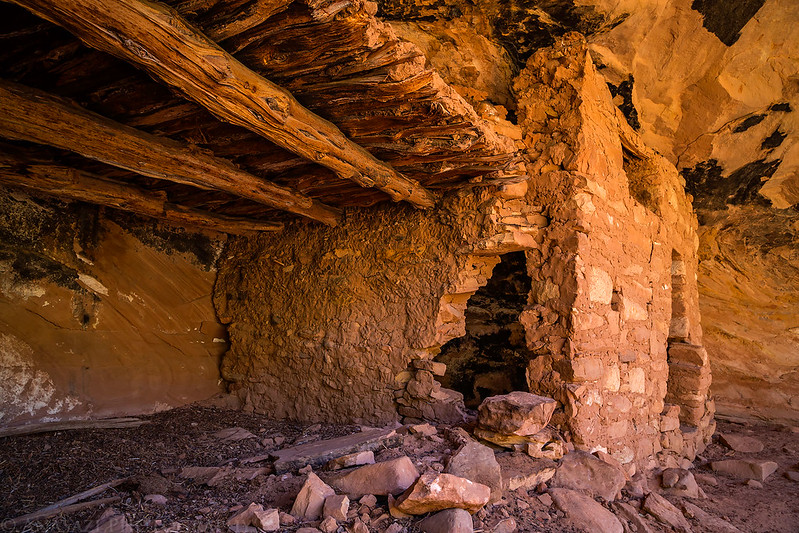 Spiral petroglyphs in the smoke stains. 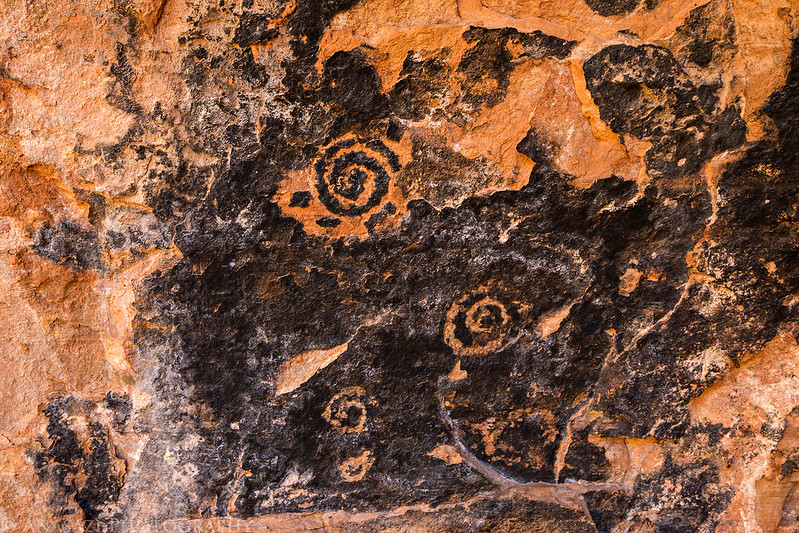 Hiking along the bench in search of other ruins. 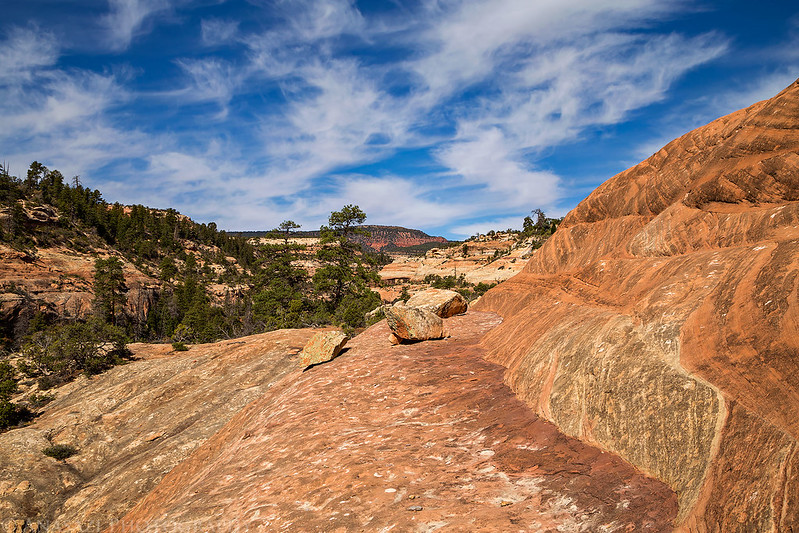 A complex of ruins located under the large overhang ahead. 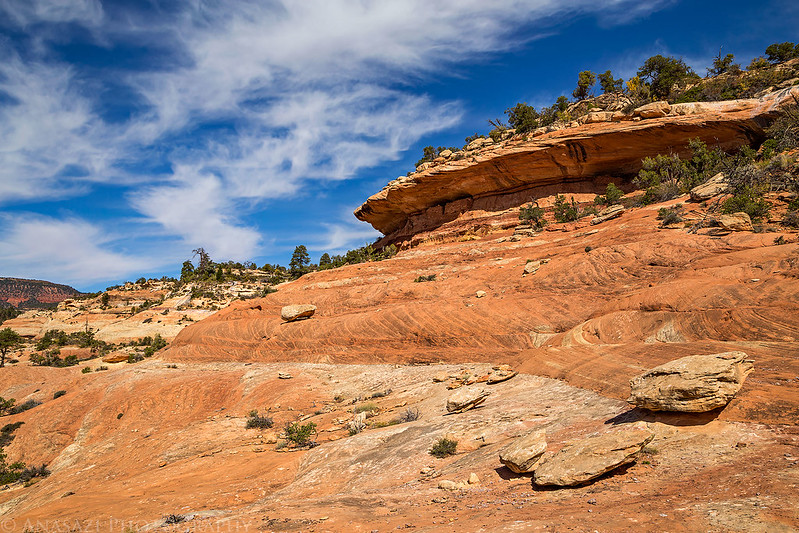 A closer look from below. 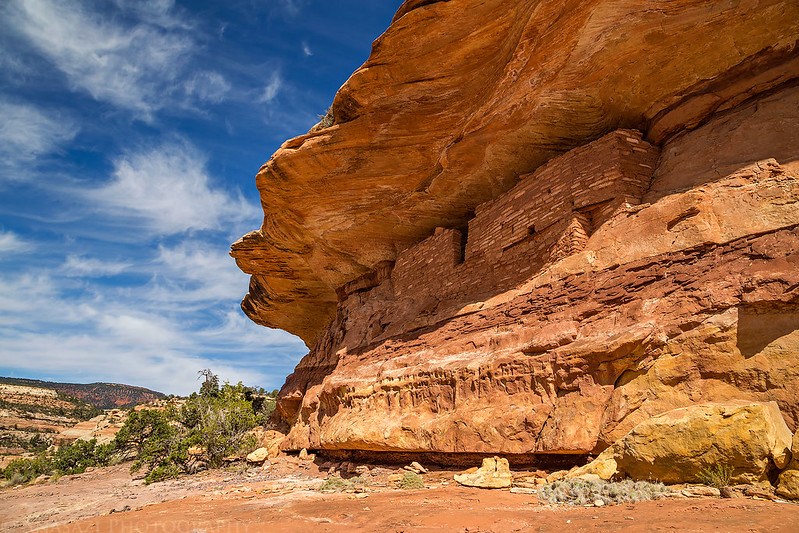 After visiting the large complex of ruins, I found a way to hike back to the granary I originally spotted under the point. 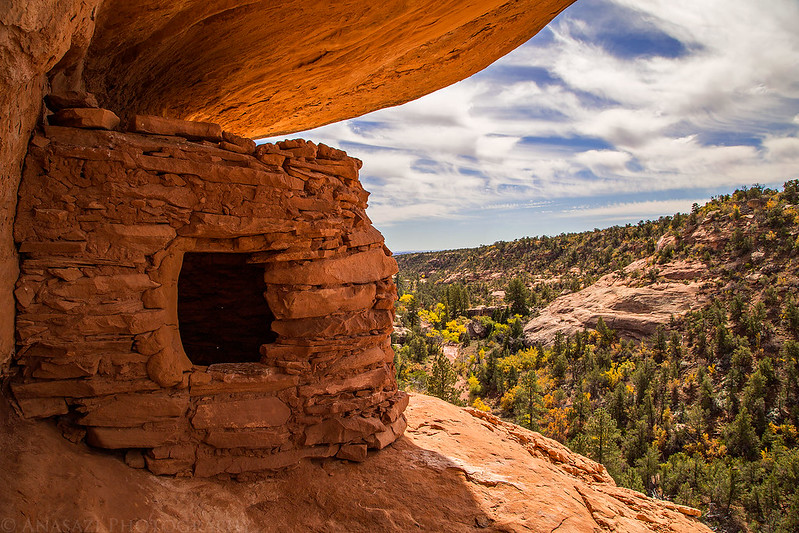 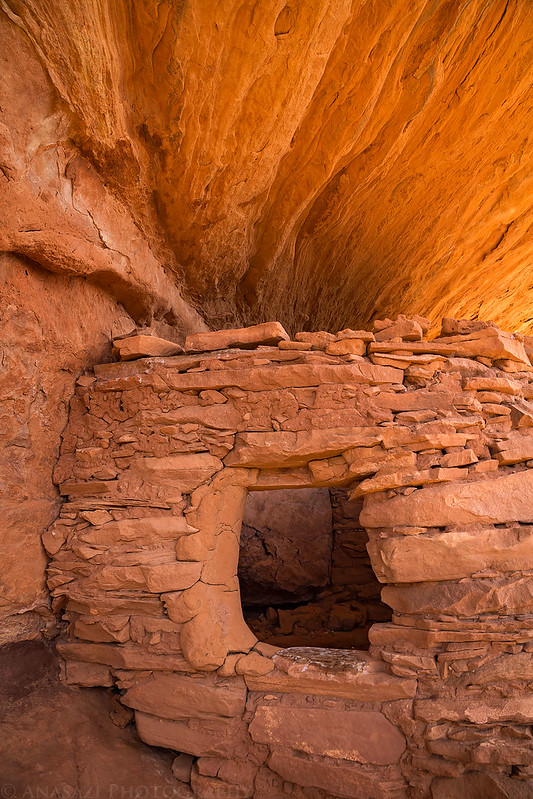 After spending a few hours in the canyon, I returned to my Jeep and decided to drive up to the Arch Canyon Overlook since it was nearby and I hadn’t been up that way in many years.

There’s a nice view over Arch Canyon from up here, but it would probably look better later in the evening. 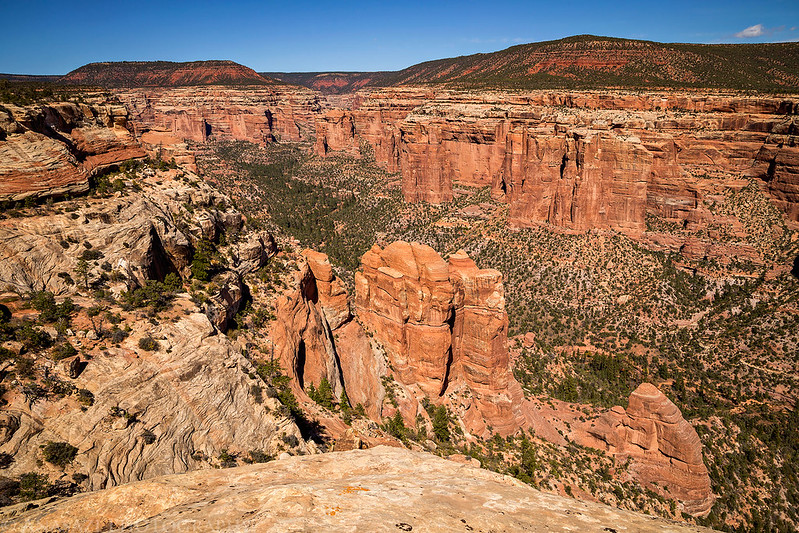 After visiting the overlook I headed back down to Blanding for dinner and to meet up with Jared. He had just finished mountain biking The White Rim over the past two days and was meeting up with me for a couple days of hiking together. When he arrived we headed up to Step Point on Cedar Mesa along the old Hole-in-the-Rock route and setup camp for the evening.