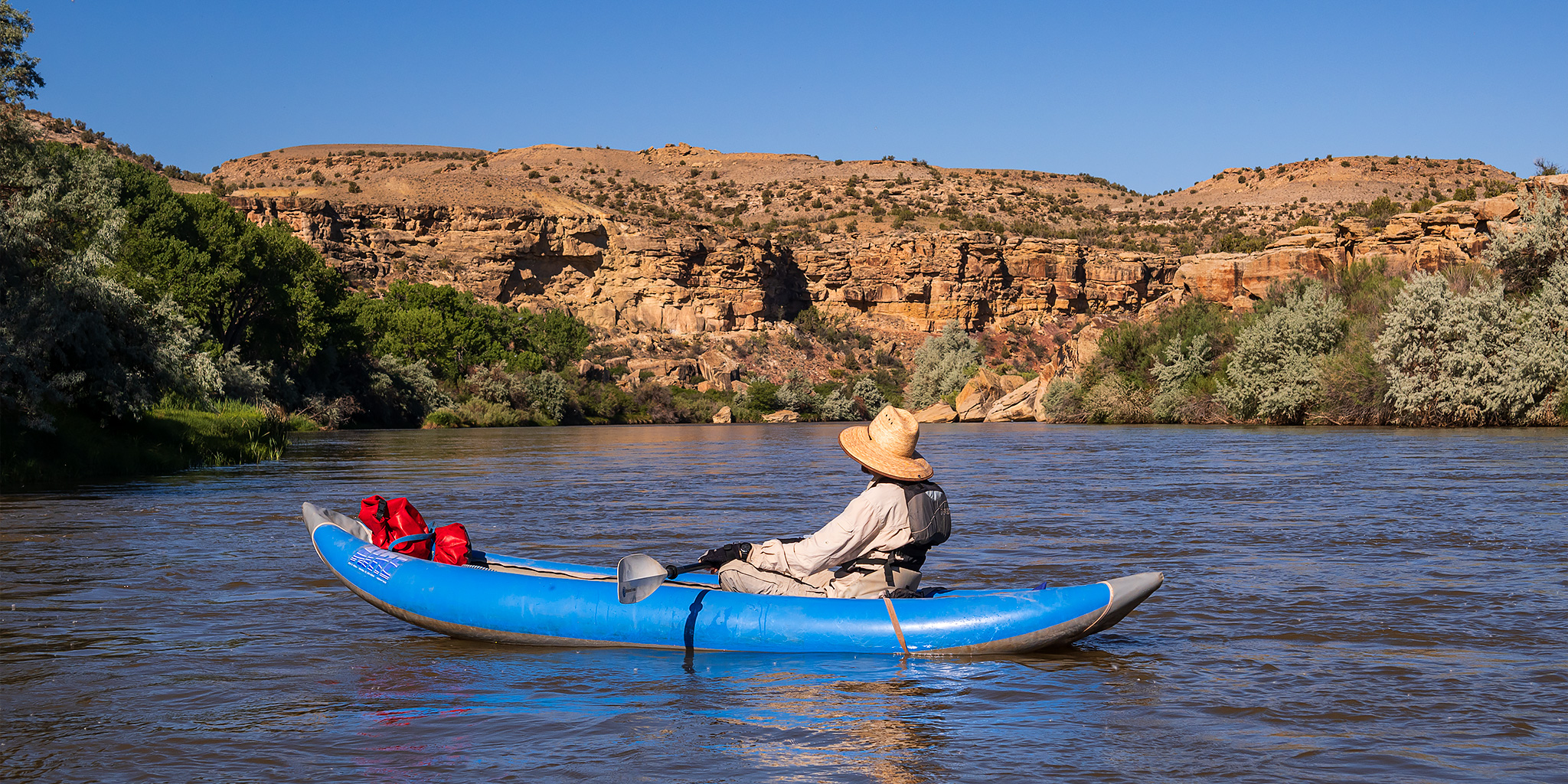 The temperature in town was supposed to get over 100 degrees this weekend, so we were up early on Saturday morning to try and beat the heat. I met up with Jackson near the takeout, where we loaded his gear into my Jeep, left his car and then drove over to the Whitewater Boat Ramp in my Jeep. We rigged up our boats and were on the water by 7:45am. 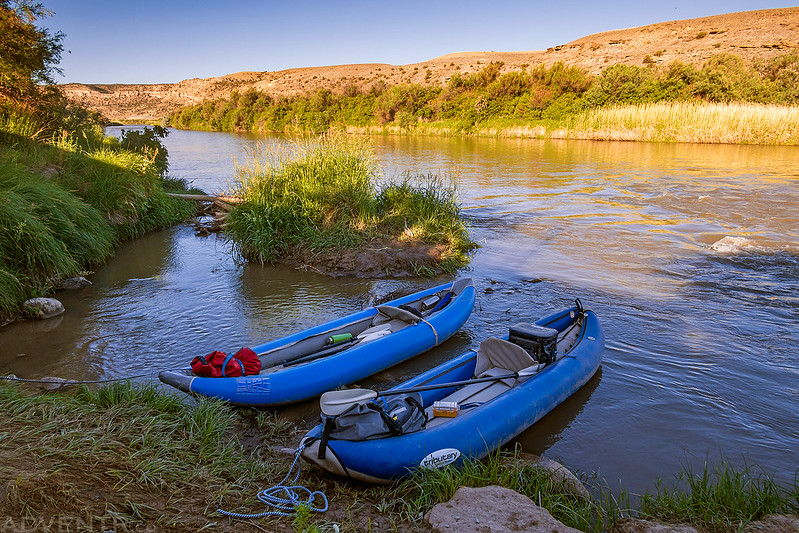 Jackson on the Gunnison River. 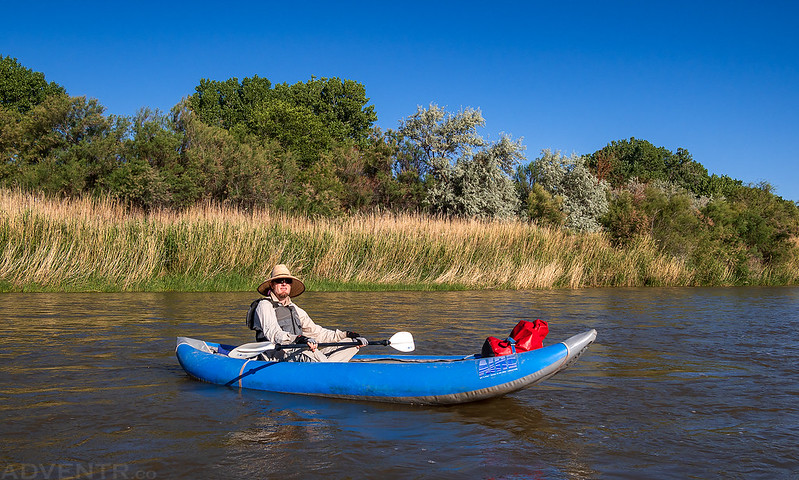 Shortly down the river we floated under the Highway 141 bridge. 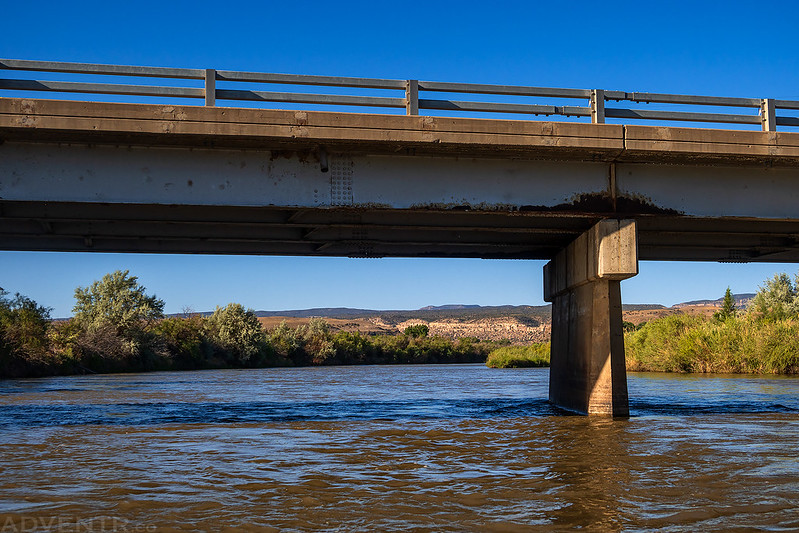 It was a calm and beautiful morning on the river. 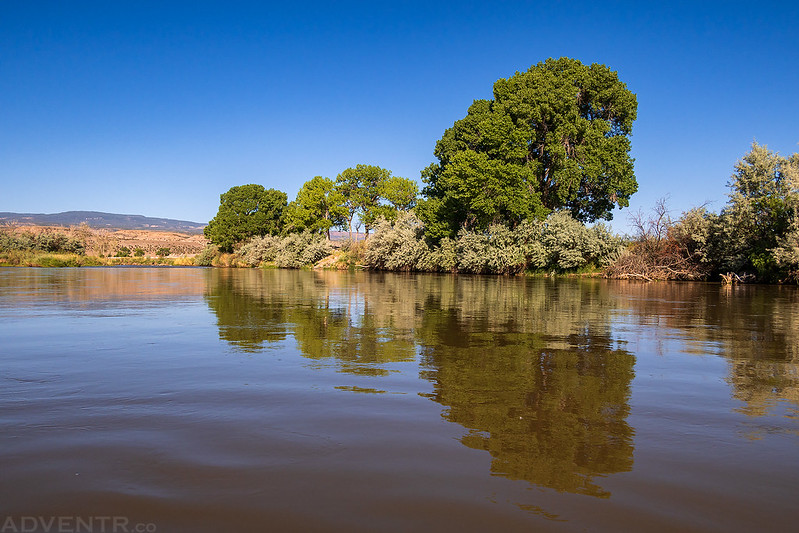 Soon we entered a small canyon. I was actually surprised by how beautiful this stretch of the river was, so close to home, too! 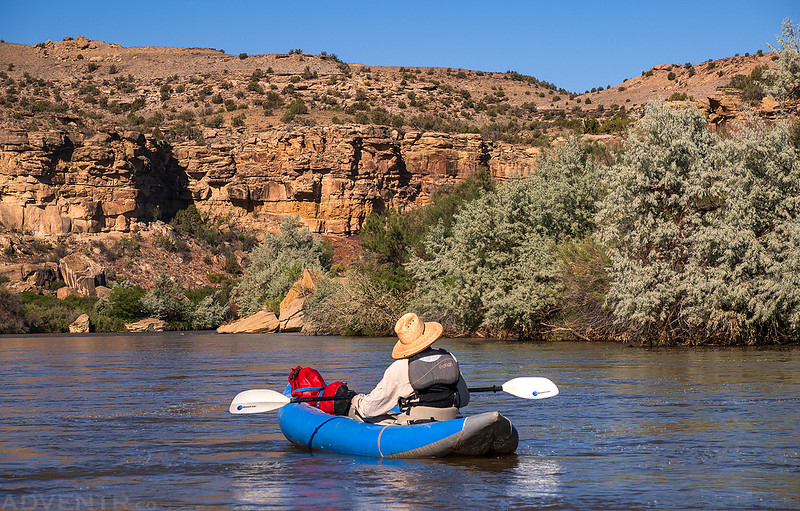 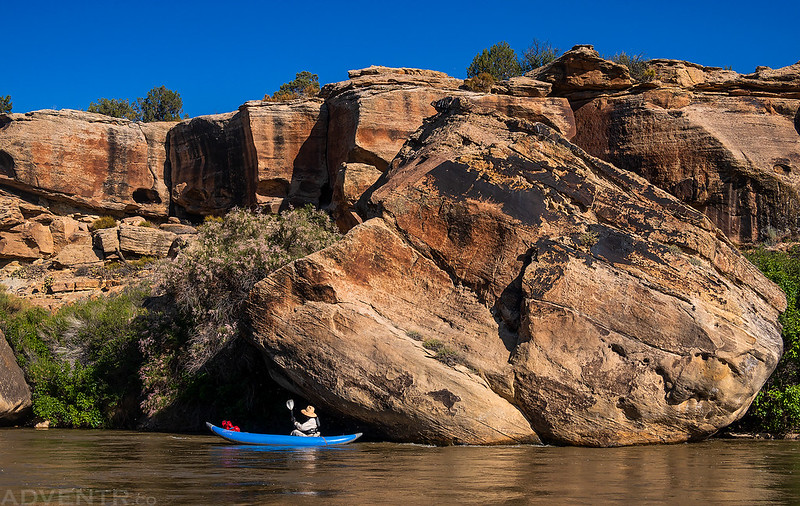 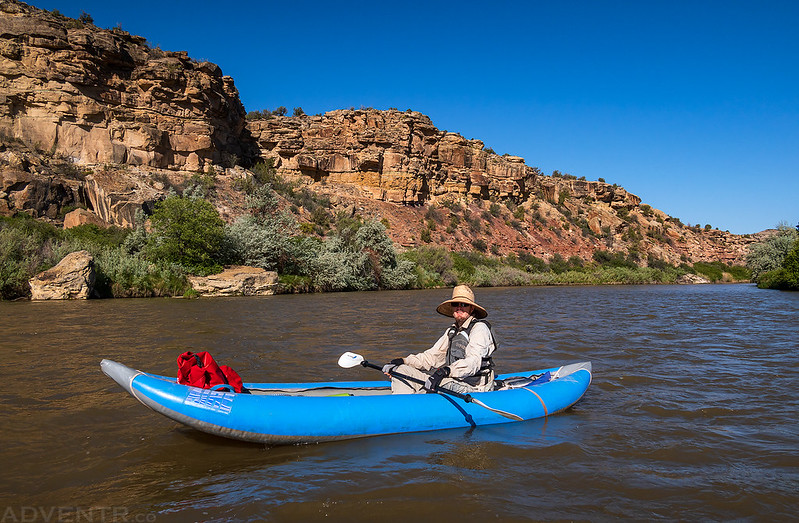 Just past the mouth of Bangs Canyon we stopped for a short hike to search for some petroglyphs and an old cabin. 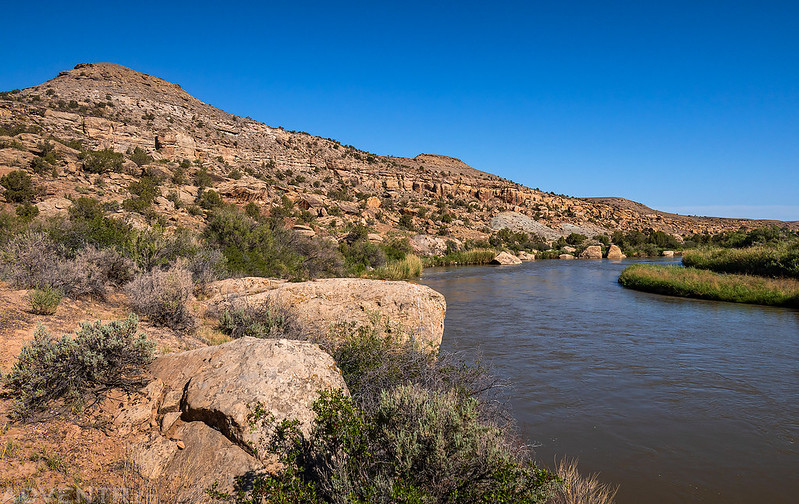 The one petroglyph I found was pretty faded and hard to see. 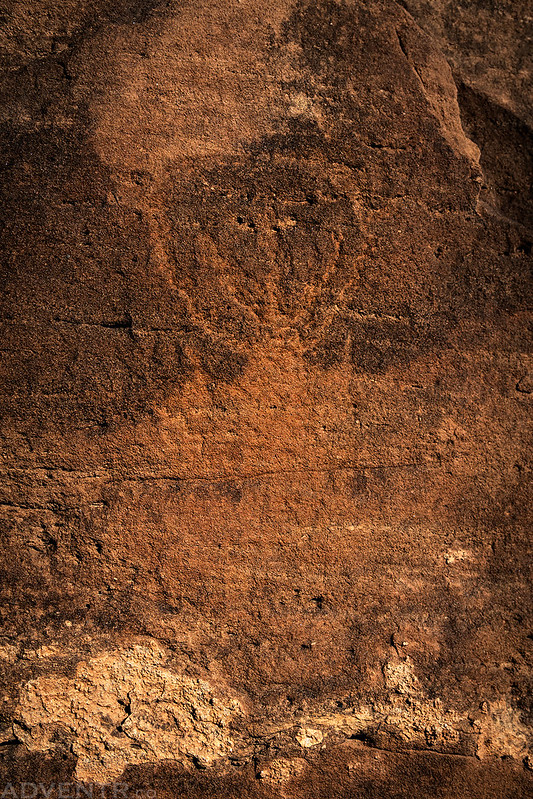 We had no trouble locating the old cabin structure as we explored the area. 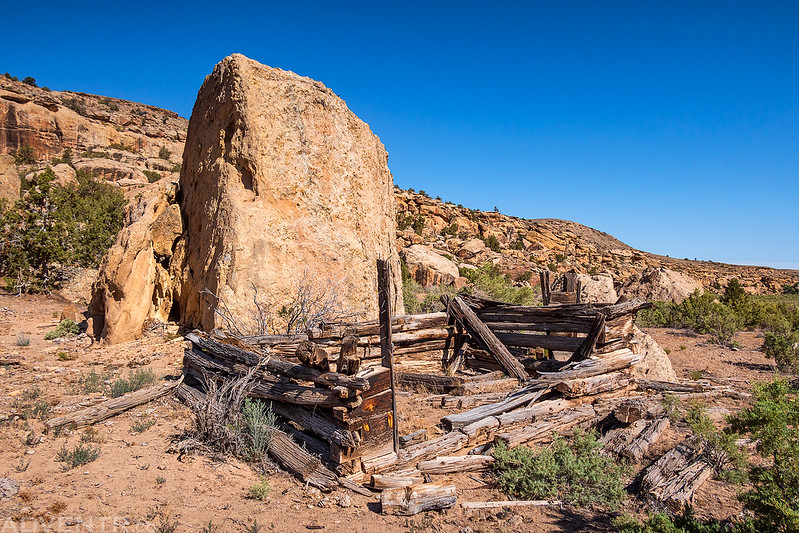 Then it was back to our relaxing float down the river. We were actually surprised to find a fun little class II rapid at the mouth of Rough Canyon. 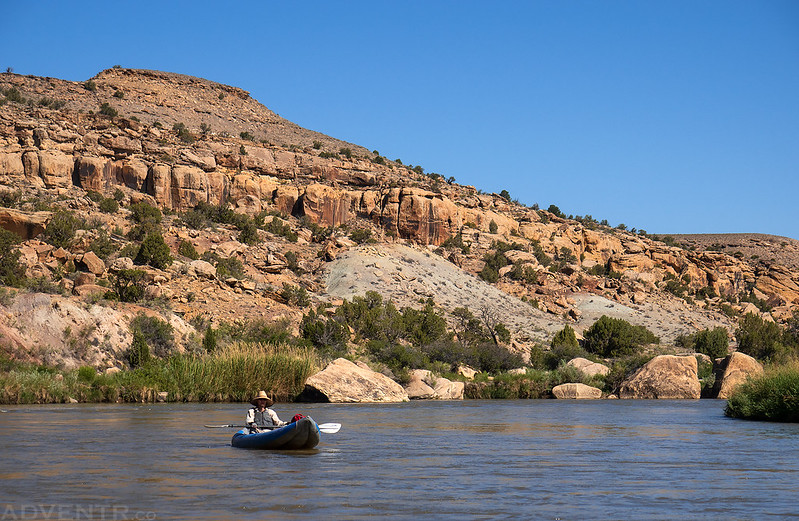 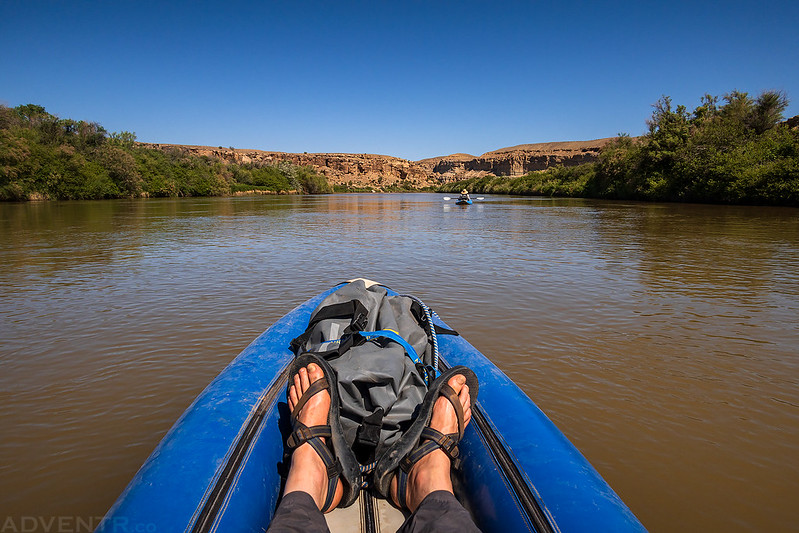 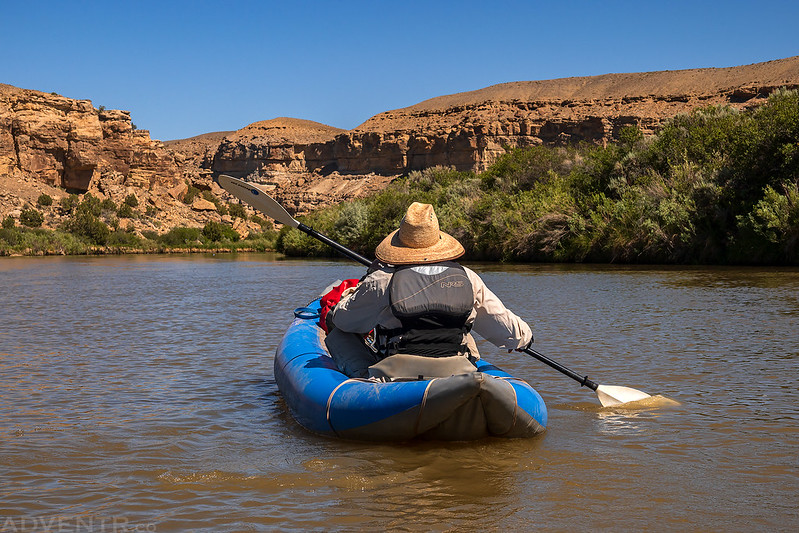 About a mile or so above the Redlands Dam the water was backed up into a small lake, so we had to paddle the rest of the way. At least there were some nice reflections! 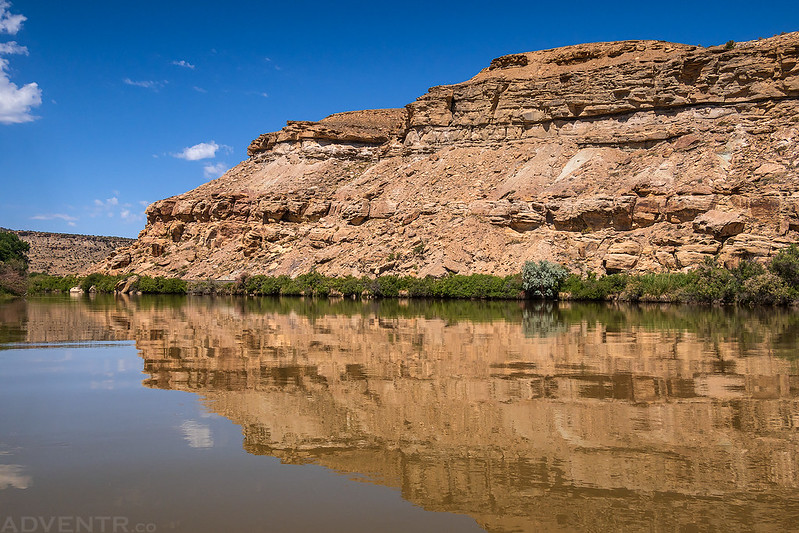 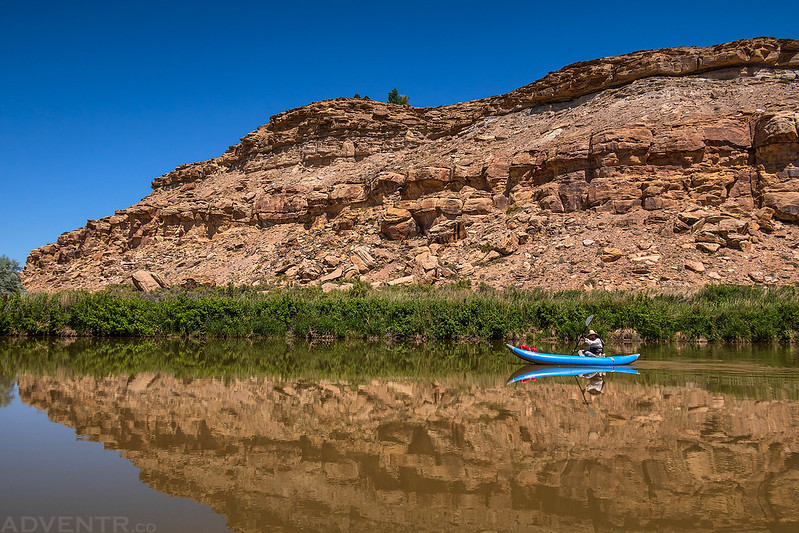 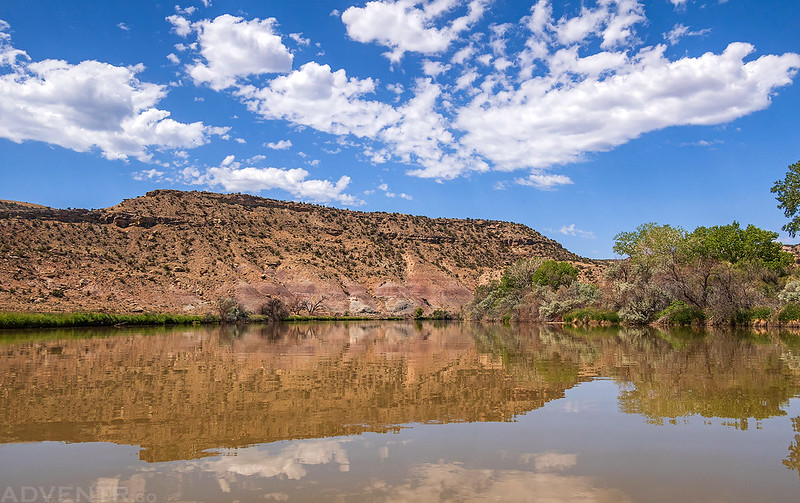 The toughest part of the entire float was taking out at the small and muddy boat ramp at the end. I bet if there was better access to the river here, this would be a more popular section of the river to float. Anyway, we were off the river by noon and home shortly after that. It turned out to be a nice half-day on the Gunnison River. Now there are only two short sections of the Gunnison River below Pleasure Park that I have not floated yet, and we are hoping to float at least one more of those sections after work in our packrafts this summer.