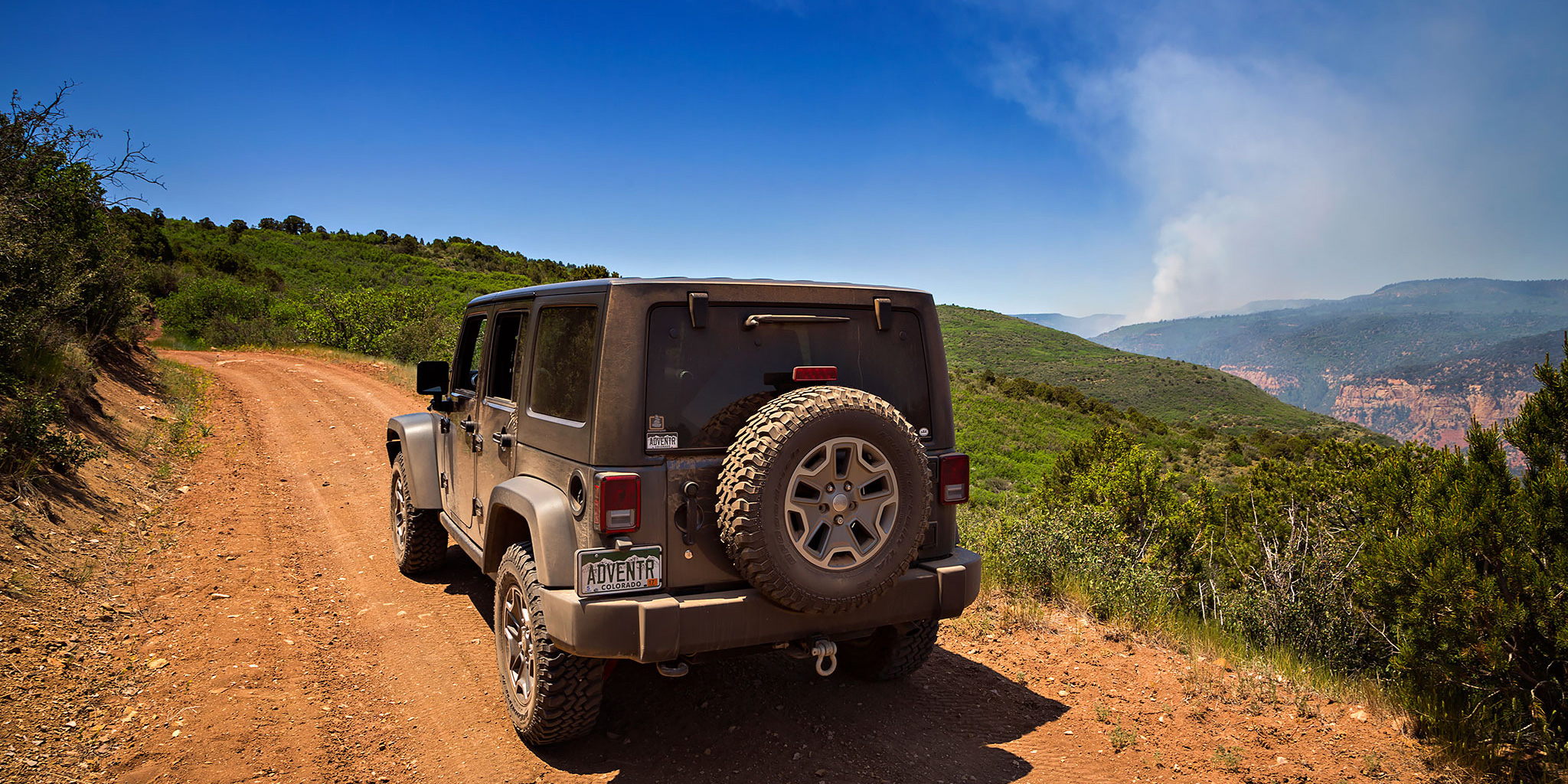 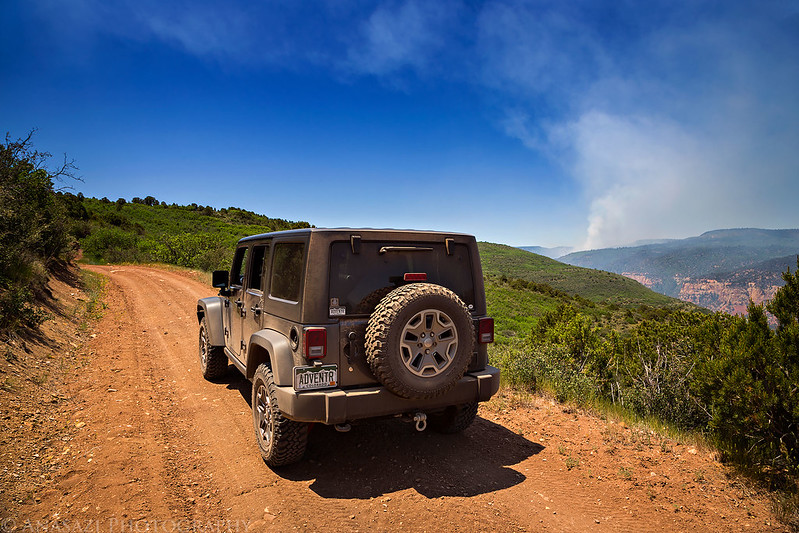 Driving up onto the Uncompahgre Plateau under a plume of smoke from the nearby Kelso Wildfire.

Welcome to the Dominguez – Escalante National Conservation Area that was established in 2009. 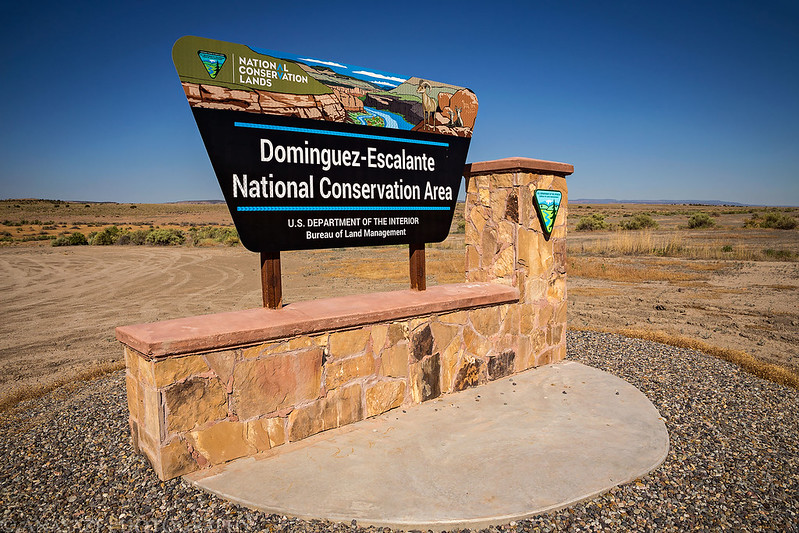 We stopped to visit a few petroglyphs along the Gunnison River before entering Escalante Canyon. 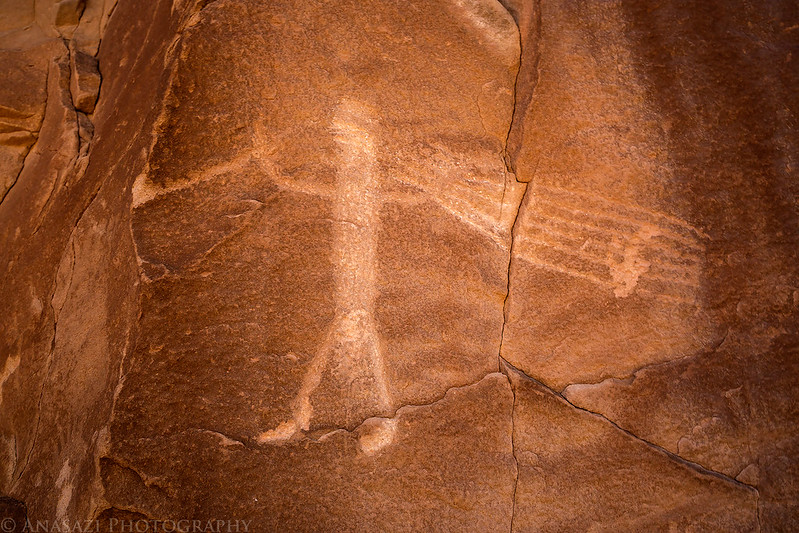 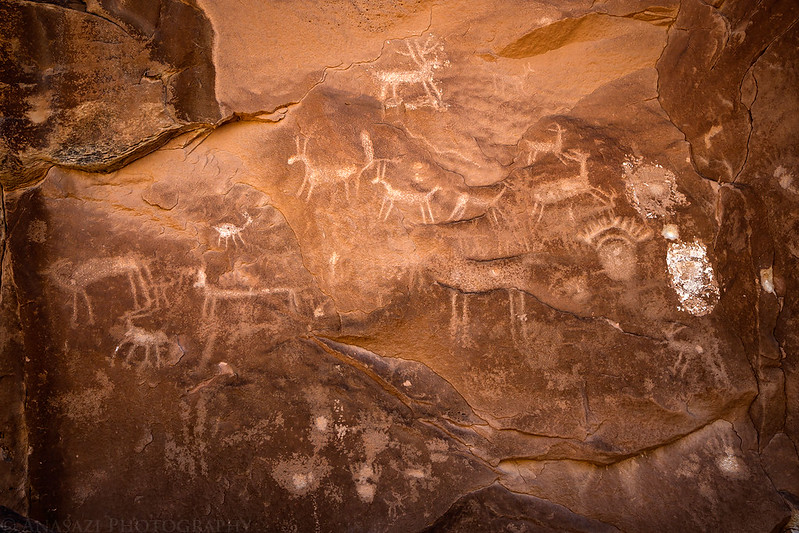 We also took a short side trip up Dry Fork to visit a panel of heavily vandalized Ute Petroglyphs. This is a small portion of the panel with the best petroglyphs. 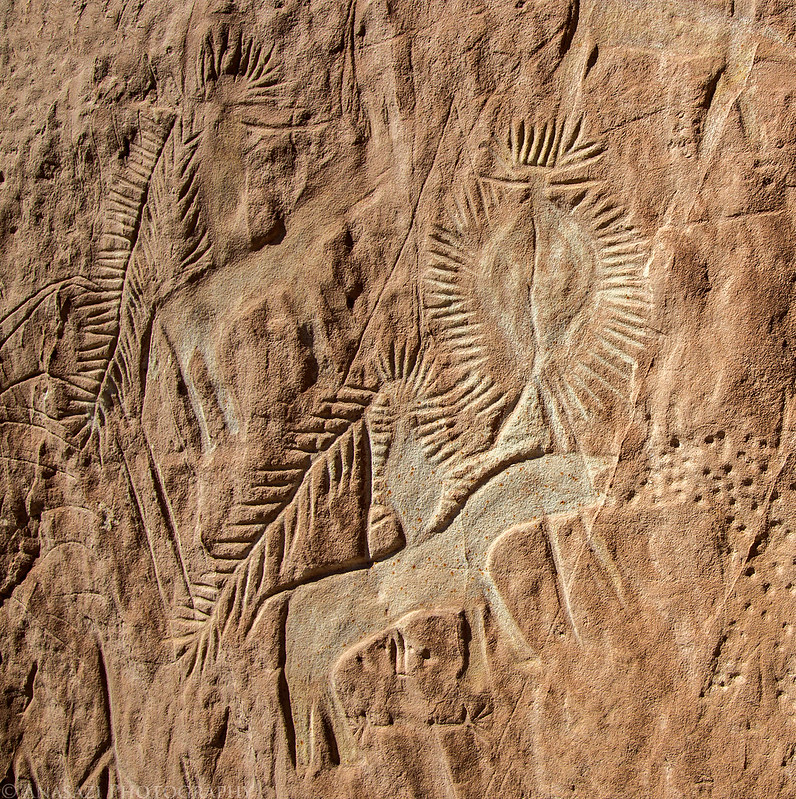 This carving of a horse was also nearby along with some historic inscriptions. 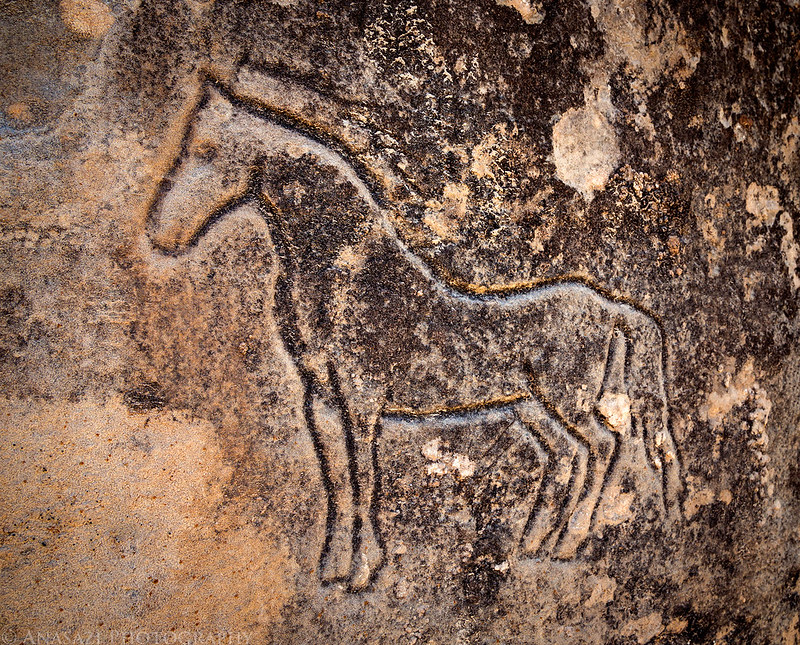 We stopped to visit the Walker Cabin which was built by Harry Walker and his four sons in 1911. 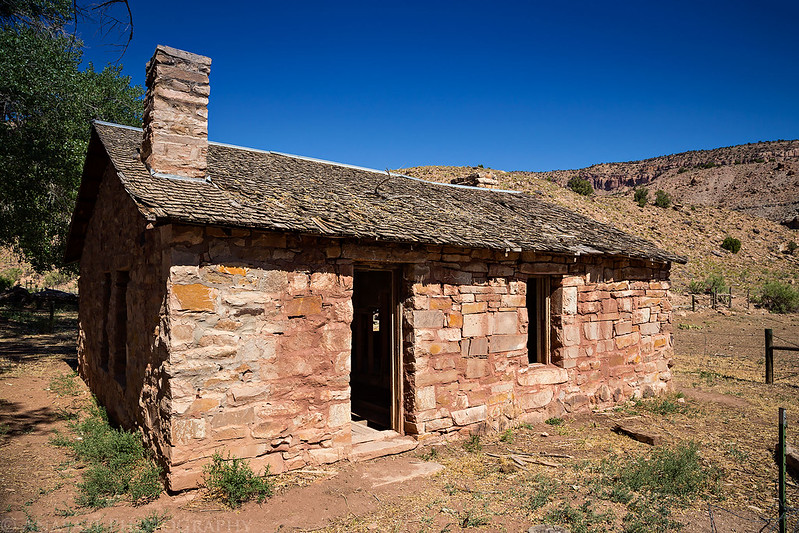 Captain Smith’s Cabin is an interesting structure that was built up against a large slab of sandstone. 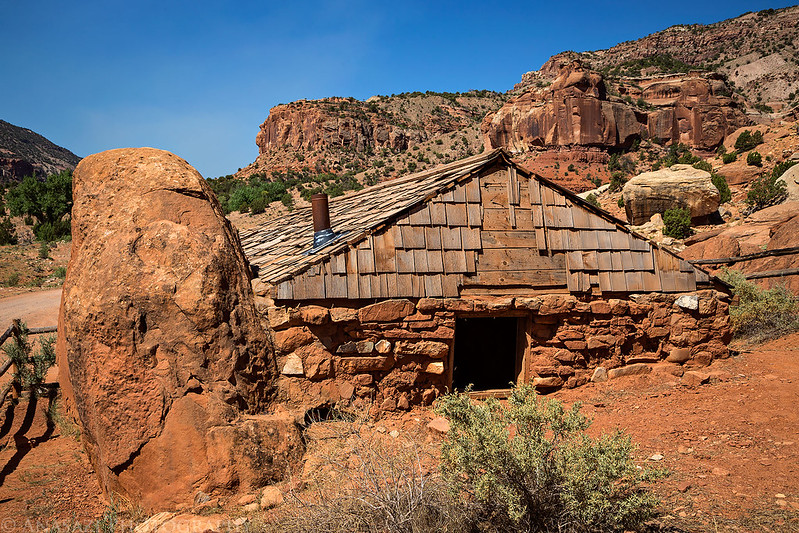 This engraving is on the outside of the sandstone slab facing the road. He was a Civil War veteran and an expert tombstone carver. 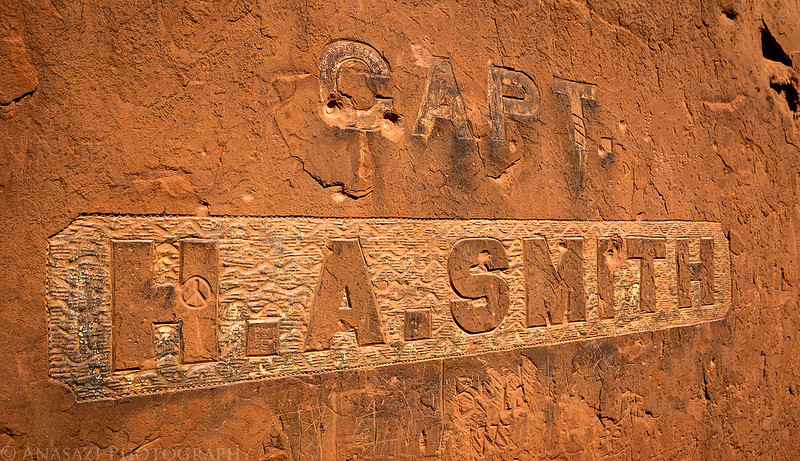 On the inside of the cabin he hollowed out a bed-sized alcove and a gun niche. 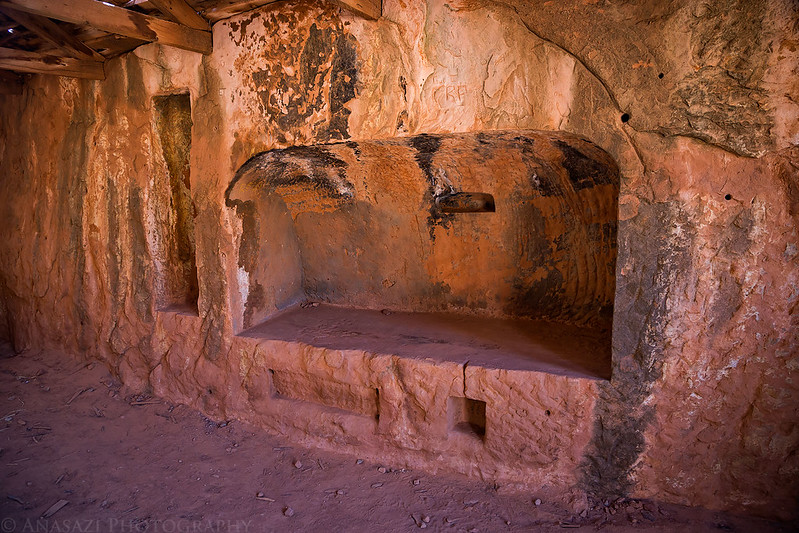 Following the Escalante Canyon Road beyond the Smith Cabin. 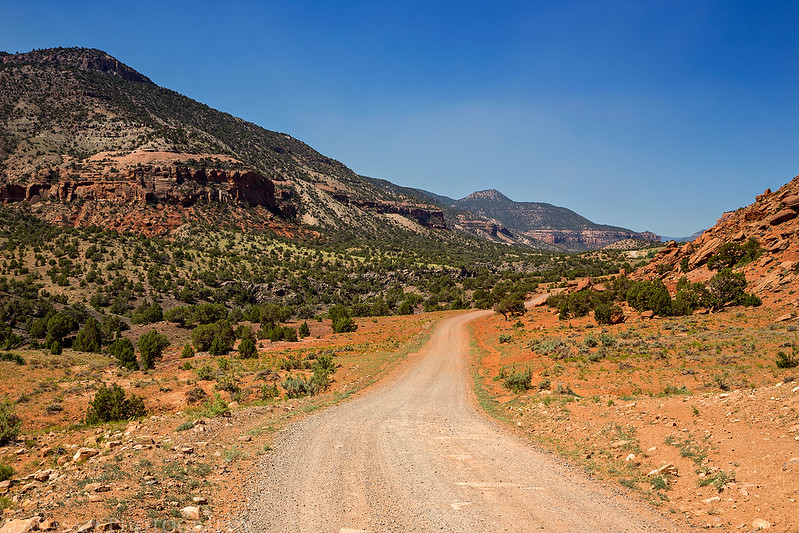 We decided to cool off in Escalante Creek at The Potholes Recreation Site. Diane stands at the edge of the canyon before we hiked down to the creek. 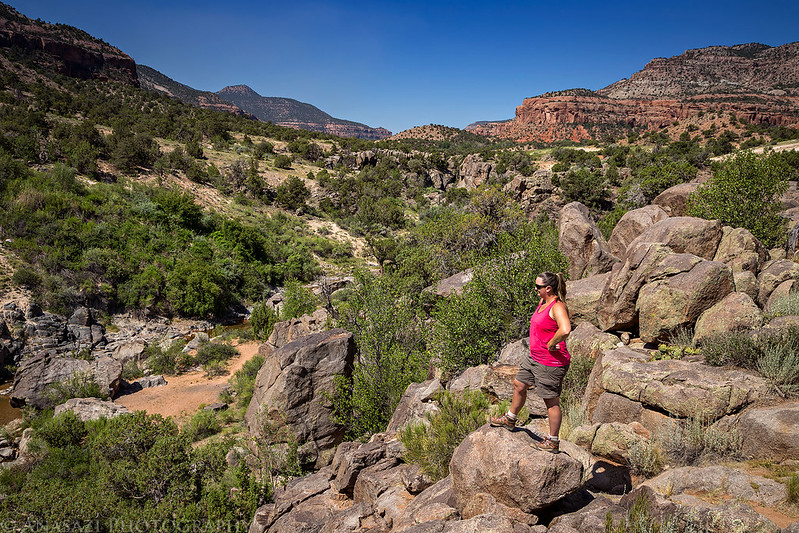 There were a few nice pools and waterfalls here. 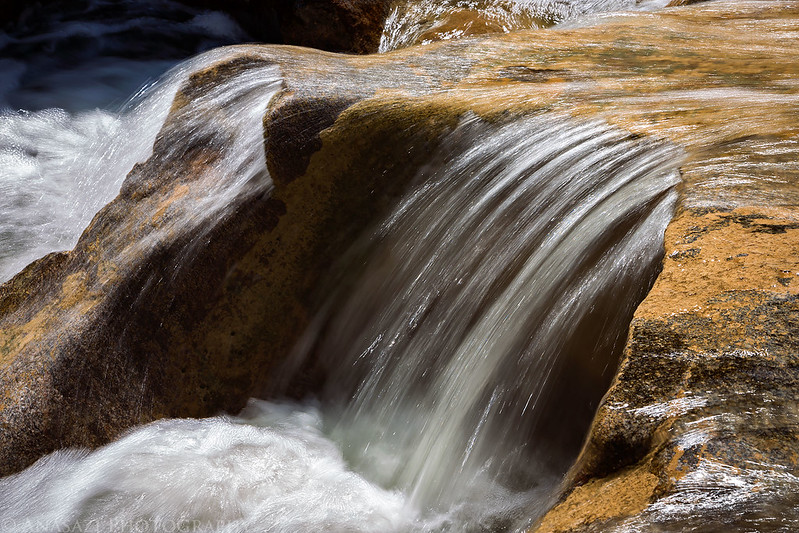 The cool water felt great on this hot summer day, and we were surprised that no one else was around. We hung out in the water for at least an hour and never saw another person. It was great! 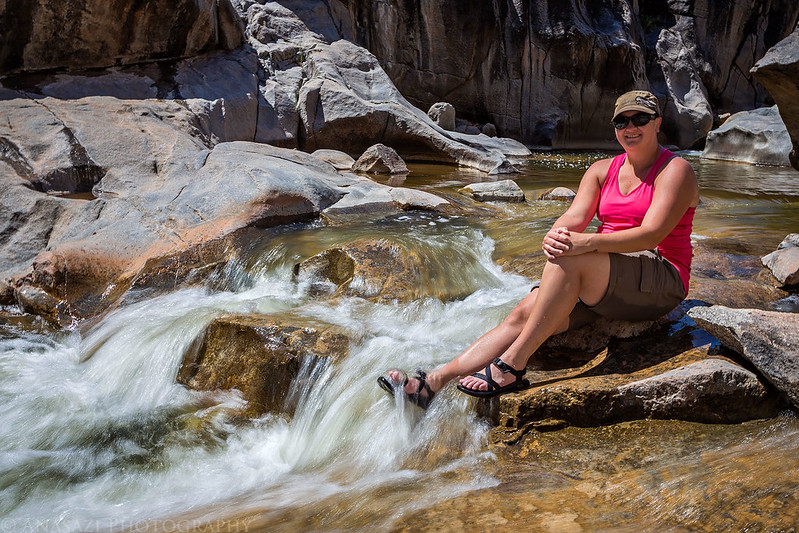 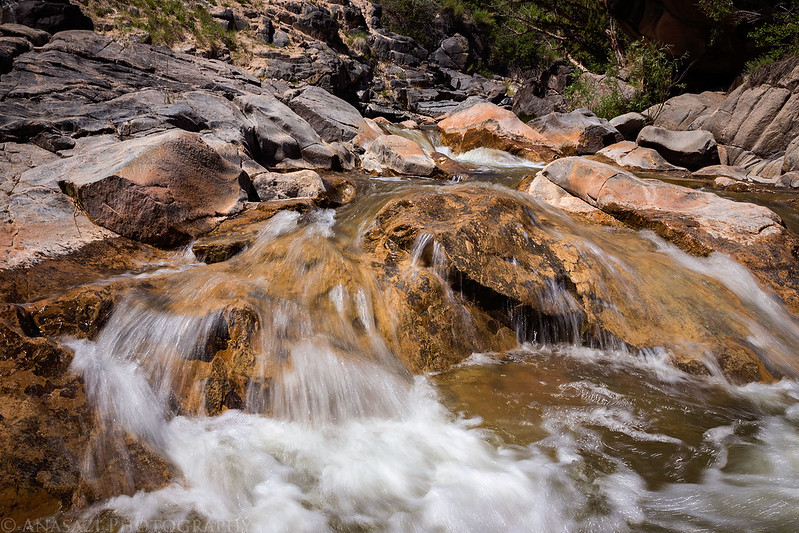 As we continued further up the canyon we noticed more smoke in the air from a nearby wildfire on Kelso Mesa. 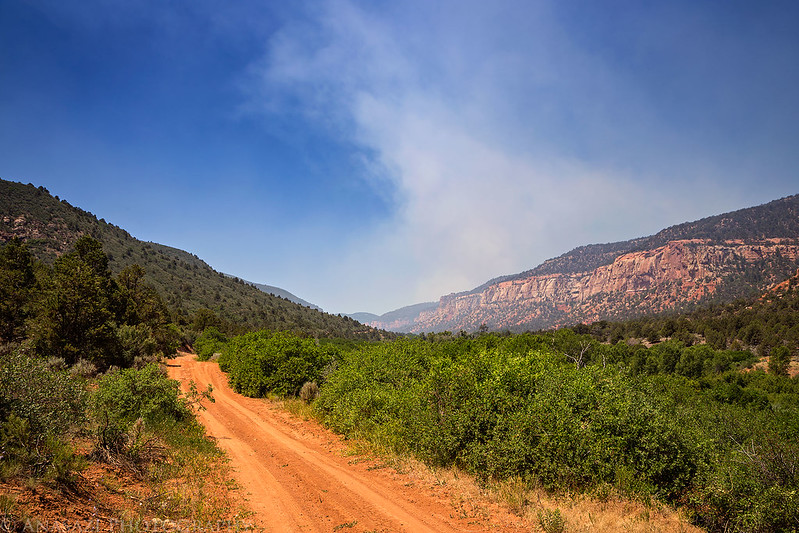 We could see where the smoke was coming from as we followed the road out of Escalante Canyon and onto Love Mesa. 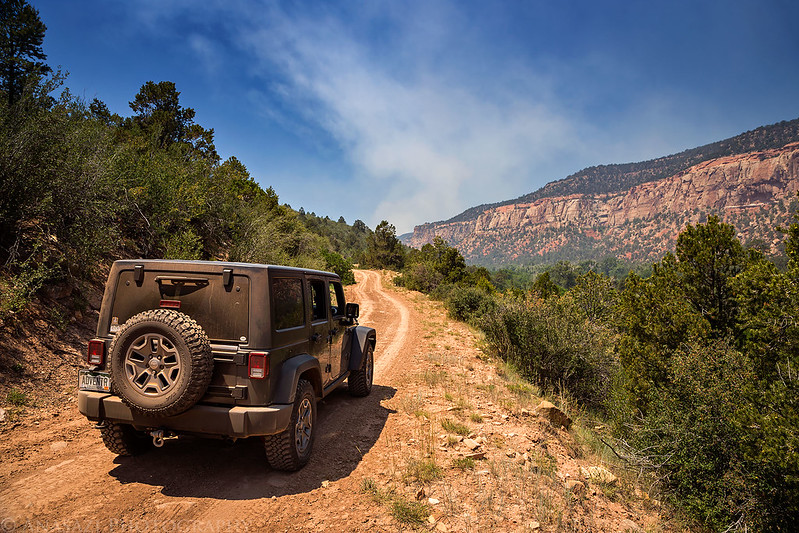 A smoky view over Escalante Canyon. 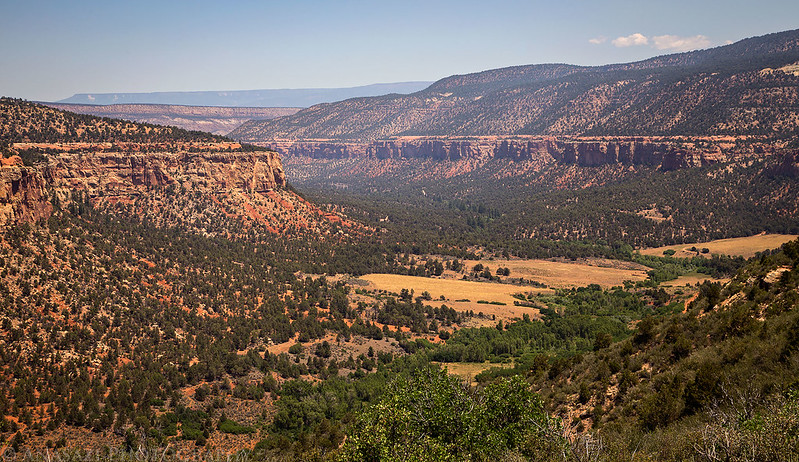 We left the desert scenery and temperature behind as we climbed higher onto the Uncompahgre Plateau and entered the cooler forest where the road was lined with plenty of wildflowers. 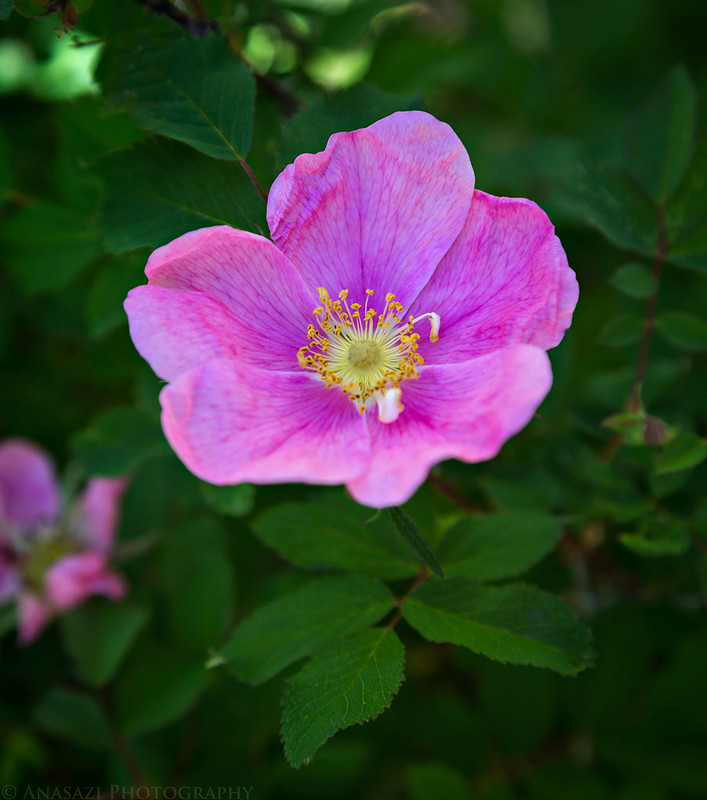 There were large patches of Mule’s Ear as we neared the crest of the plateau and Divide Road, which we would then follow back to Unaweap Canyon and home. 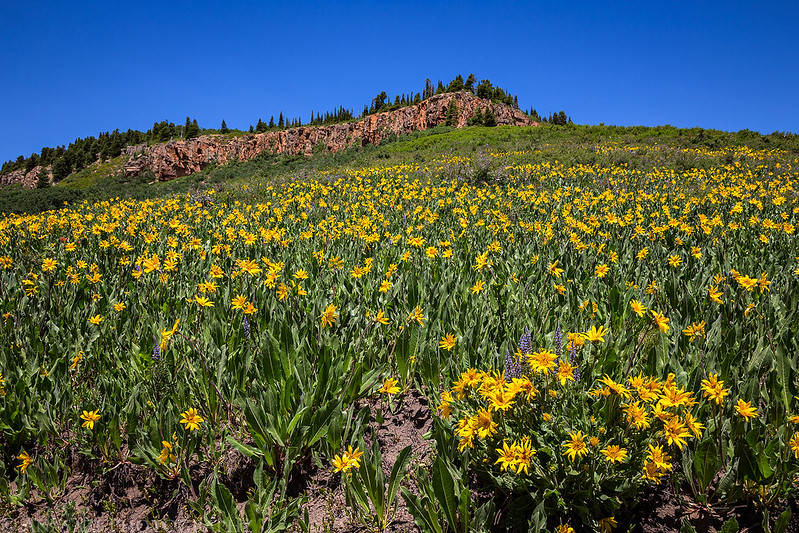