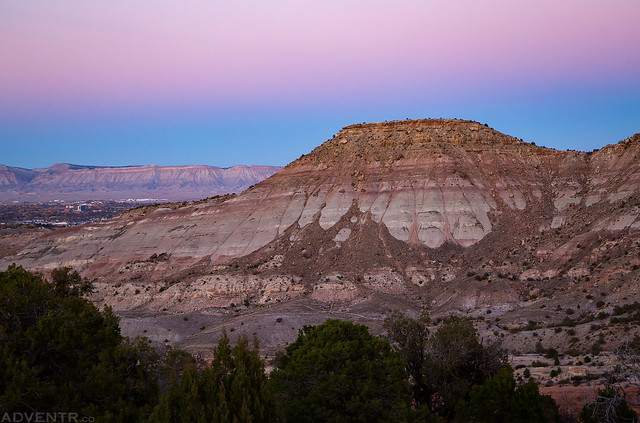 Watching the Earth’s Shadow during an evening hike in the Colorado National Monument.

Before starting my hike up the Old Gordon Trail I made a quick stop at the petroglyphs in No Thoroughfare Canyon. 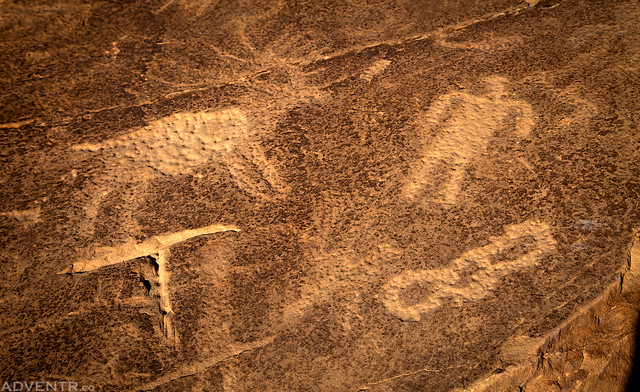 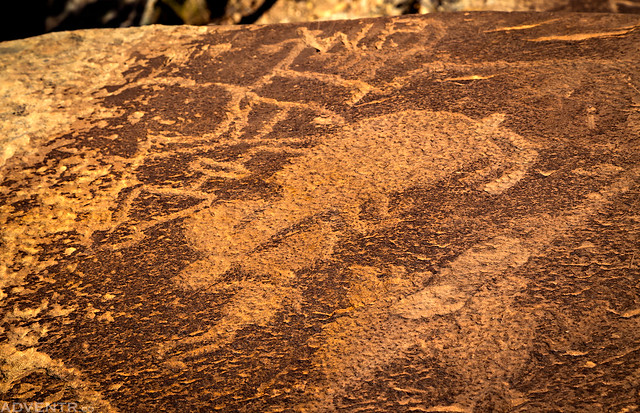 From the rim of the canyon I had a pretty good view over the Devil’s Kitchen to the switchbacks of The Serpent’s Trail on the other side of the canyon. 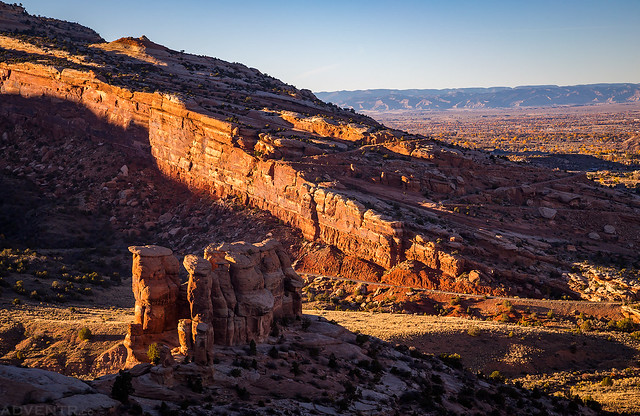 A big pedestal rock I encountered along the way as the sun was going down for the evening. 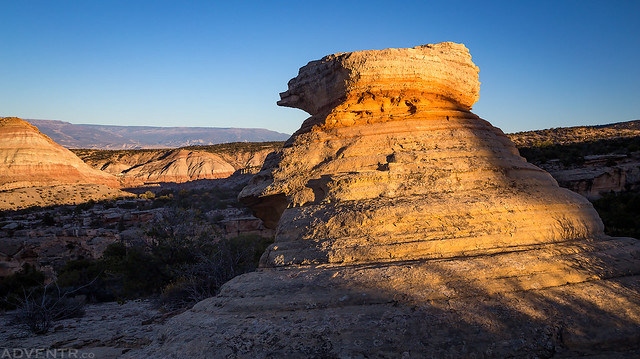 I had hoped to catch some light on the Devil’s Kitchen below, but I arrived just a few minutes too late. 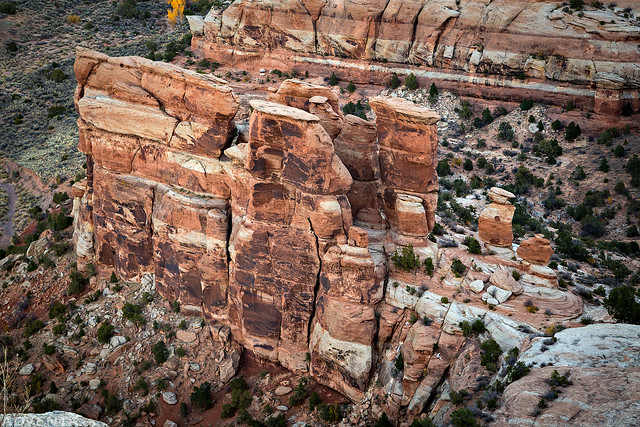 As I was exploring the rim of the canyon the light shining through this sliver of an arch caught my eye. If the light had not been just right, I probably would have missed it. 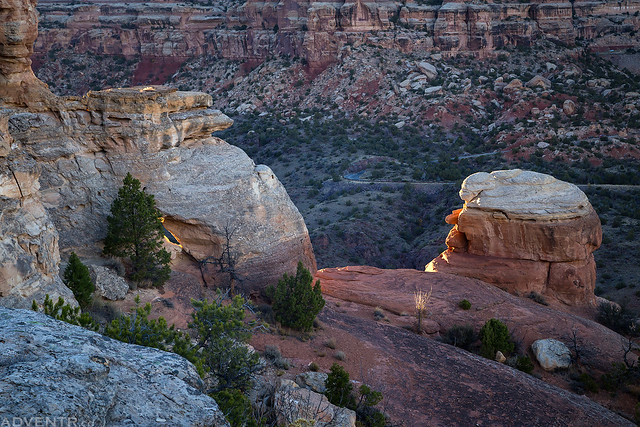 Looking over the edge with the No Thoroughfare Canyon Trail below. 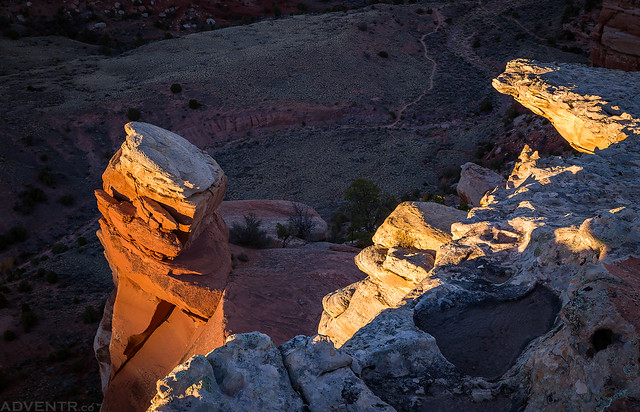 A nice view down into No Thoroughfare Canyon, which I hiked recently in search of fall colors. 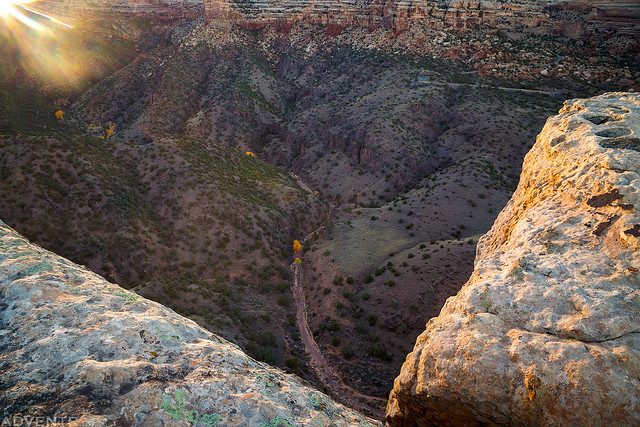 A lone raven sits on the overhanging rock in the distance catching the last warm light of the day. Once the light disappeared it started to get cold pretty quickly as I started my hike back down. 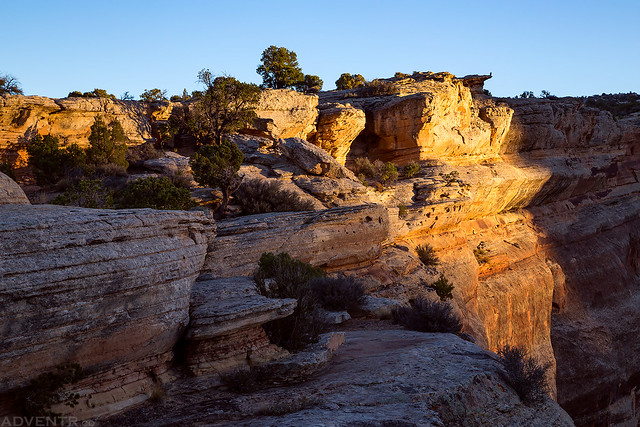 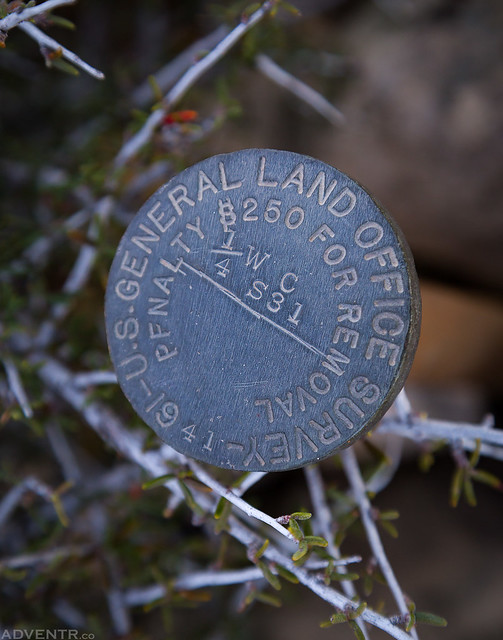 A view of the sun setting across the Grand Valley with the Book Cliffs in the distance. 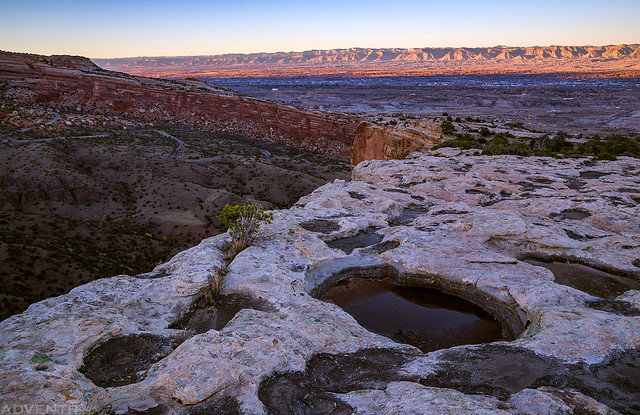 As I was hiking back down the Old Gordon Trail there was a nice magenta glow about ten minutes after sunset. This is my favorite kind of light. 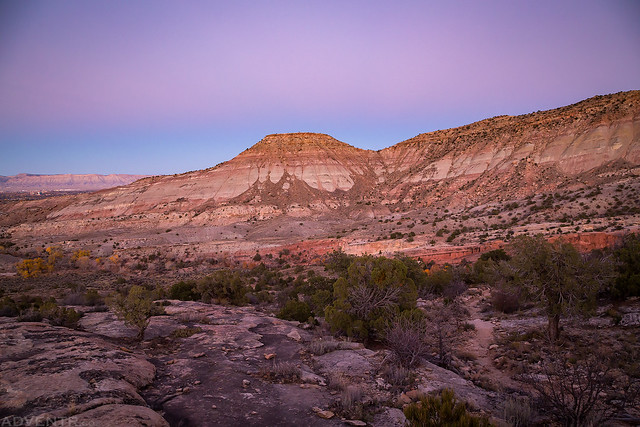 This magenta light always makes the sandstone around seem to glow with subtle colors. 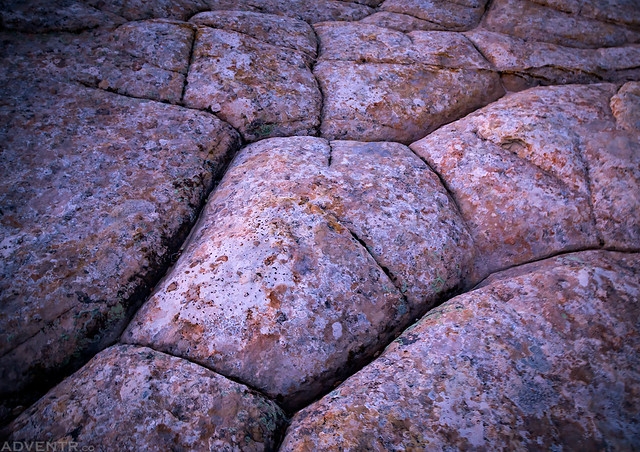