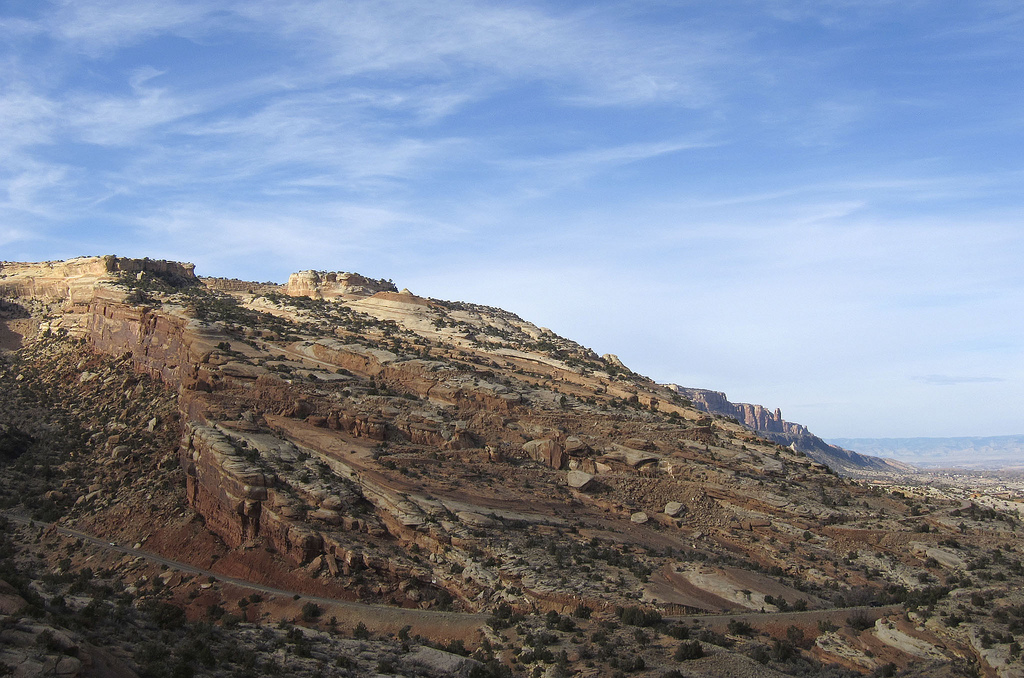 The view into No Thoroughfare Canyon as I hike towards the start of the Old Gordon Trail. 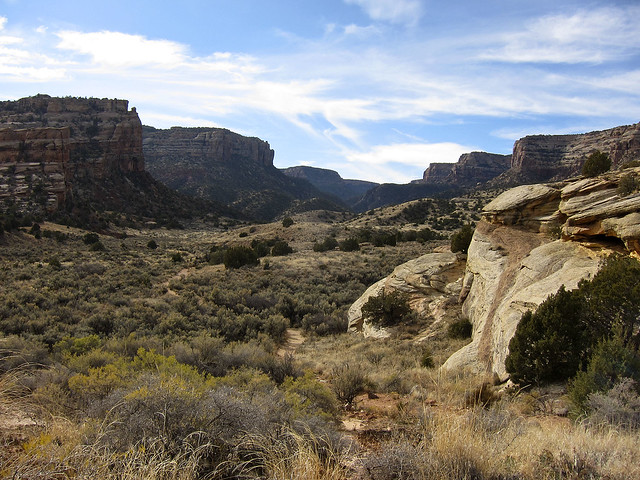 I made a quick stop at the faint petroglyph panel in No Thoroughfare Canyon. 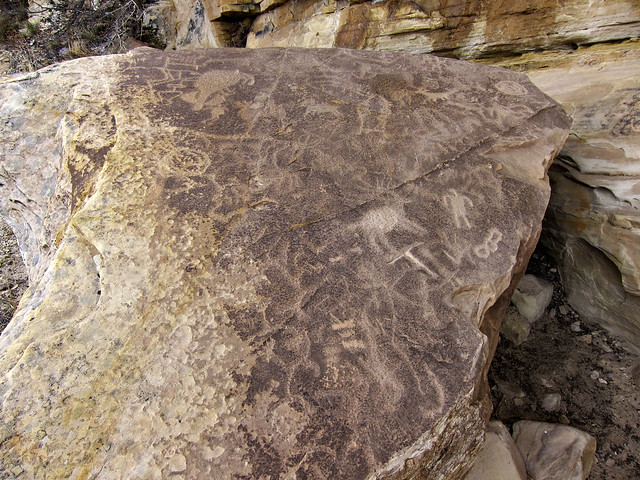 These signs were installed last year when they re-routed the trail into Echo Canyon. 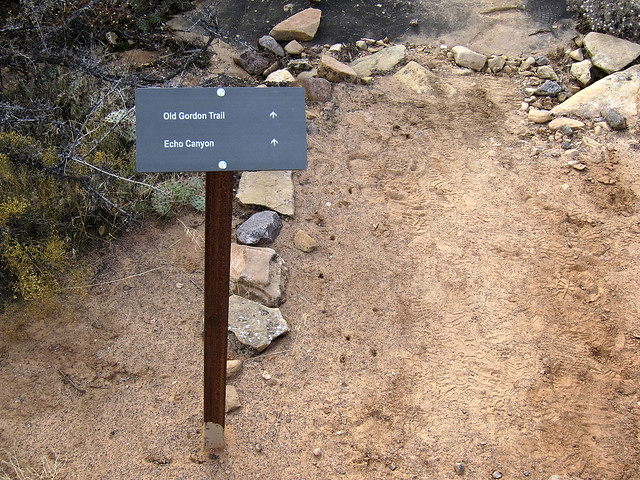 As I climbed up onto the Uncompahgre Plateau via the Old Gordon Trail I had a nice view across the canyon of the busy Serpents Trail. 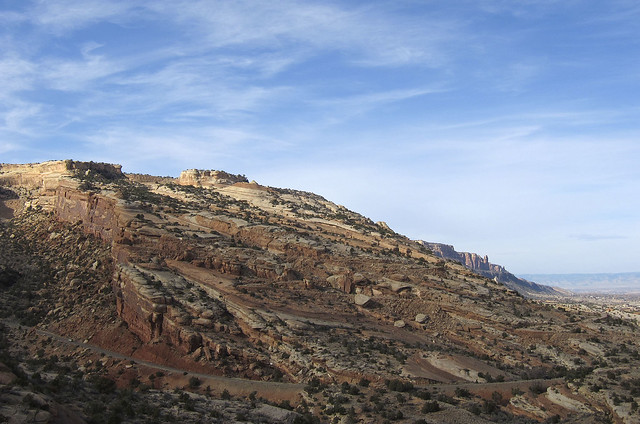 A view towards the Book Cliffs across the Grand Valley. 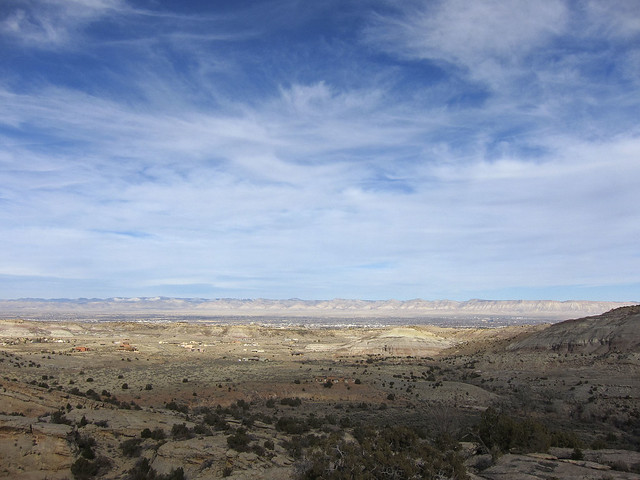 Another view as I climbed higher. 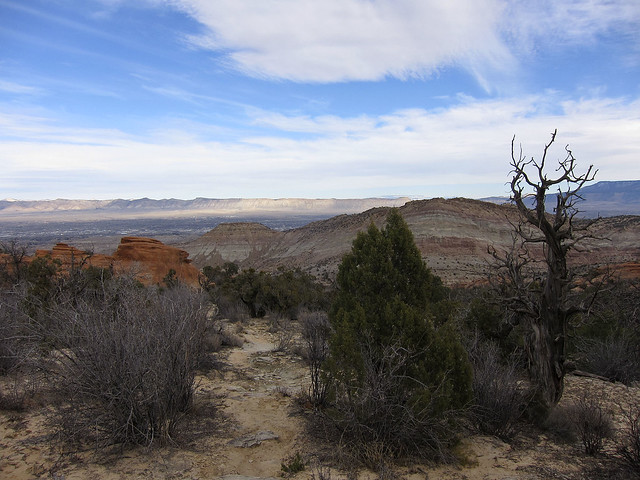 After about 4 miles I reached the boundary of the park where the trail abruptly ended at a barbed wire fence. If I had really wanted to, I could have jumped the fence and continued on just a little further on BLM land, but I would have eventually reached private property. 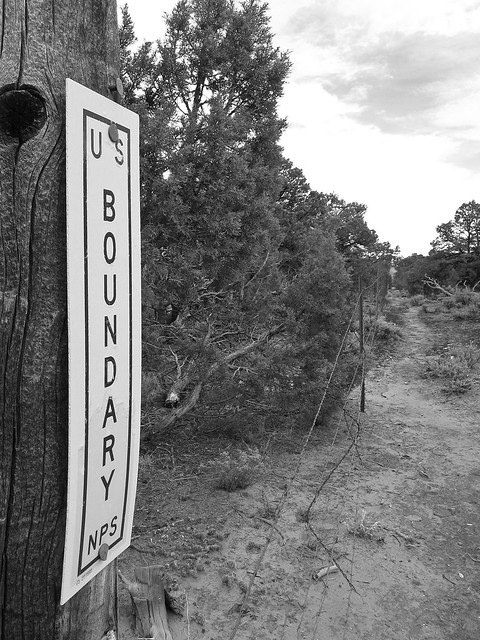 I did a little exploring on my way back down and climbed up a sandstone outcropping which offered some nice views. From this point I could see the Ribbon Trail and I think I might make a loop of these two trails in the future. There were also nice views of the Grand Mesa from up here, too. 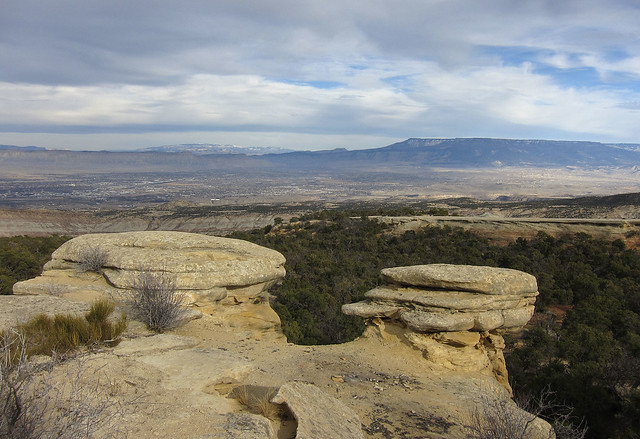 One more view of Mount Garfield and the Book Cliffs over the Grand Valley as I hiked back down. 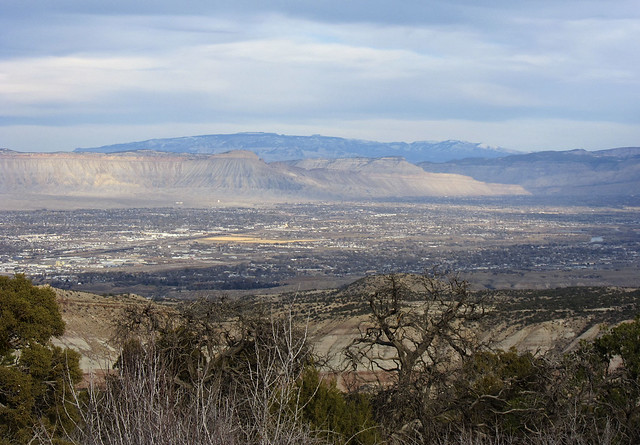 It turns out that my timing was perfect because I ended up getting home just a few minutes before Amanda got home from work.