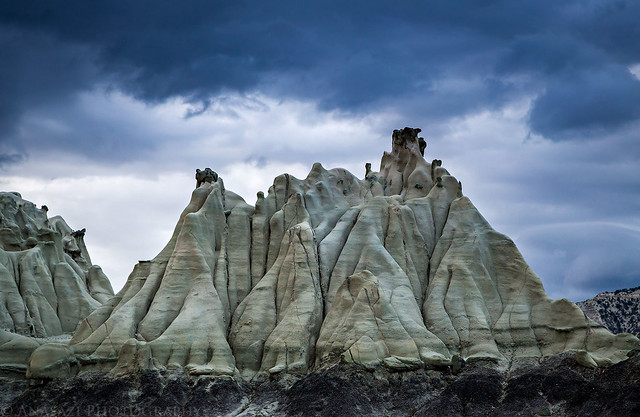 Following the road along Corcoran Wash, hoping that it wouldn’t rain… 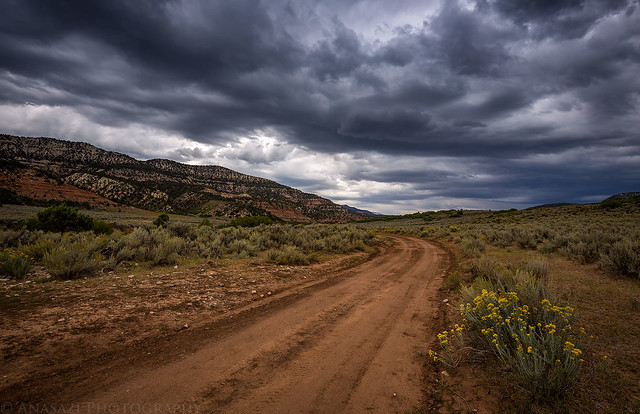 This is the north side of Corcoran Peak viewed from the road. From here it looked like it would be an easy enough hike to the summit. 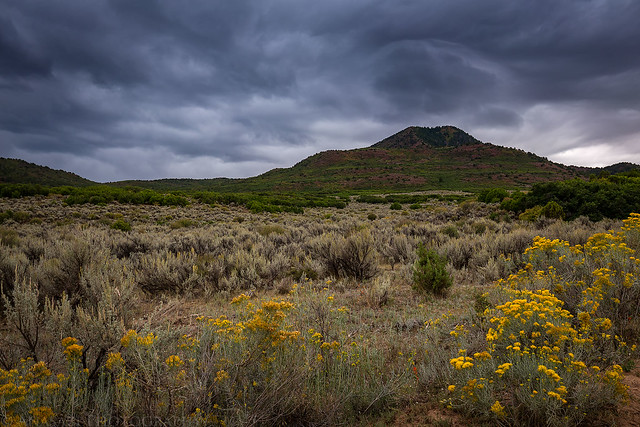 I followed the road around the west side of South Shale Ridge and then went for a short hike to the summit of PT 7500. 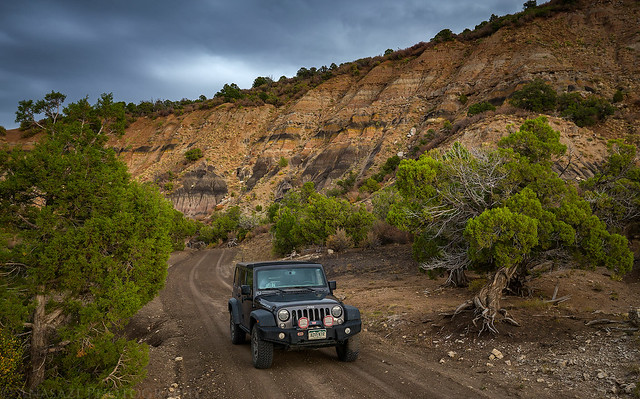 Looking back toward Corcoran Wash as I hiked to the top. 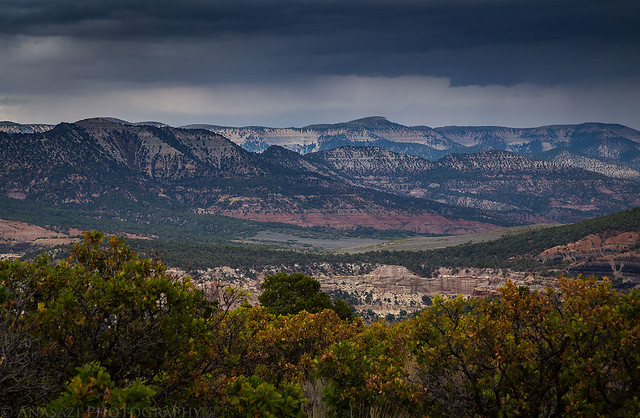 It was a bit of a bushwhack to get to the summit, but it didn’t last too long and I was able to find a few animal trails to use. There was a lot of bear scat in the area. Here’s a view over the edge near the top. 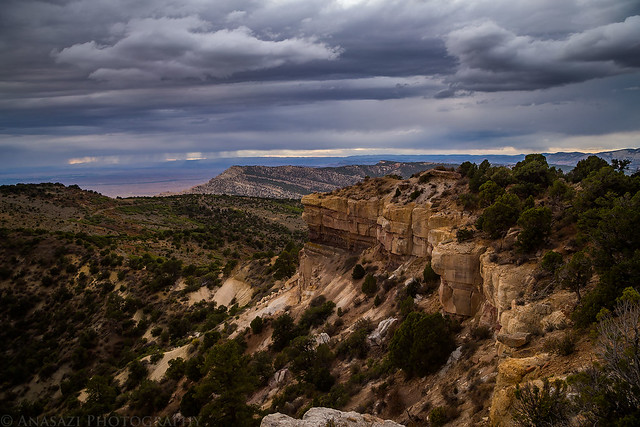 Dark clouds overhead as I looked out toward the Grand Valley and Uncompahgre Pleateau from the summit. 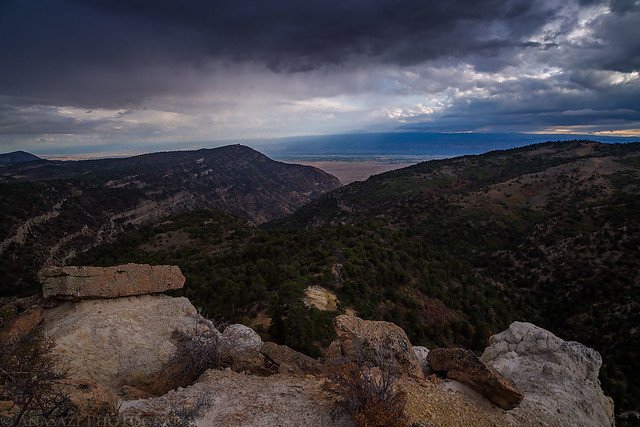 It was raining on South Shale Ridge at this time, but luckily it had missed me so far. 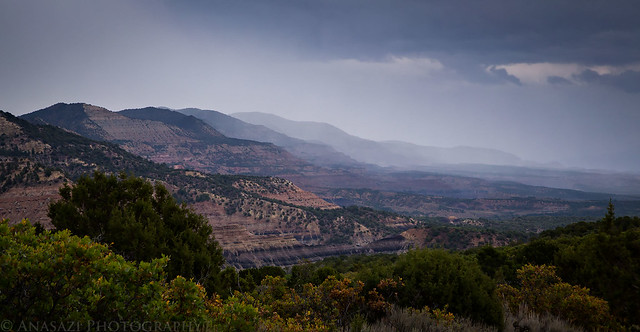 Before heading back to Corcoran Wash to find a campsite for the night I stopped at The Goblins for a few photos. It’s been a long time since the last time I was here. 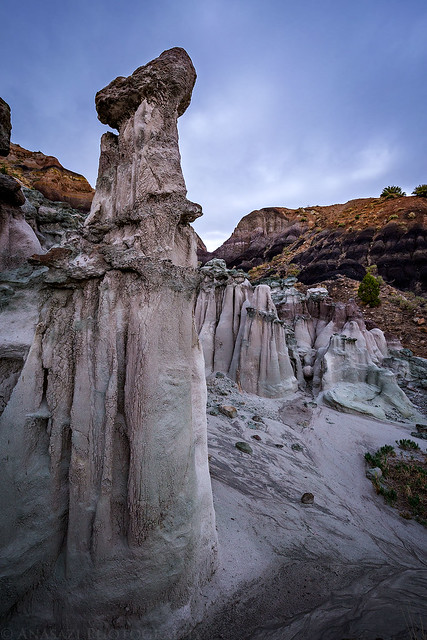 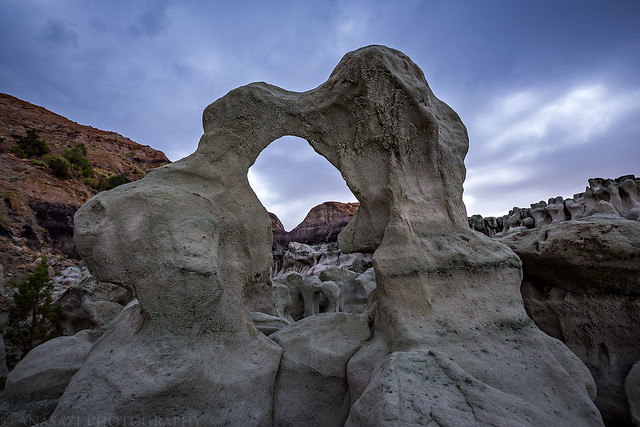 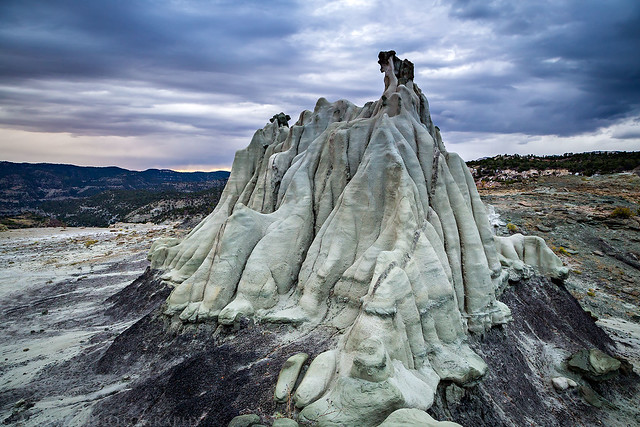 A colorful canyon under a cloudy sky. 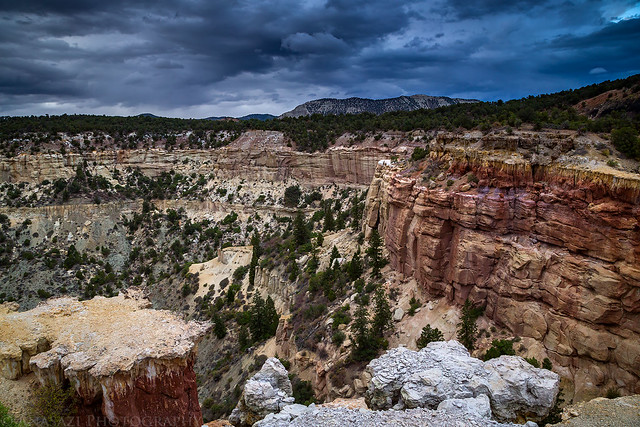 I caught a little color on the horizon at sunset. 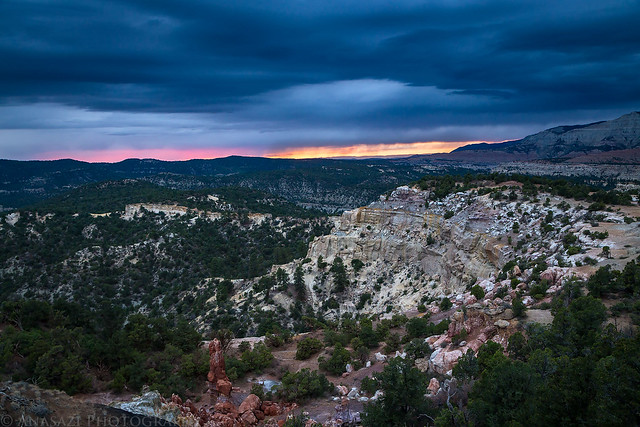 After the color was gone the rain finally caught up with me. Since I didn’t want to get caught on any of these roads when they were wet I drove back to De Beque to check the weather forecast for the night. It rained pretty hard when I reached the pavement again and the forecast wasn’t looking that great. I decided to call it a night and head back home instead of finding a campsite. I would let things dry out on Saturday and try again Sunday.

On Sunday morning I headed back to Corcoran Peak after things had a day to dry out and was able to drive up to the saddle just below the peak. It was less than a mile to the summit from here and I thought it would be an easy hike to the top, but I was wrong!

Here’s a view of the summit from near where I parked. There wasn’t a lot of distance or elevation gain, but the bushwhacking was pretty terrible… 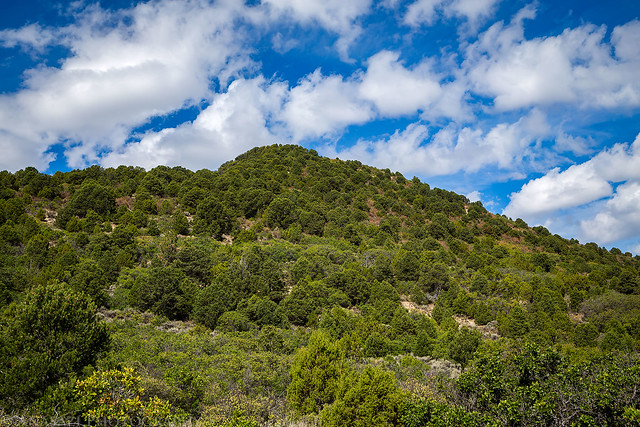 Overlooking Corcoran Wash as I neared the summit ridge. 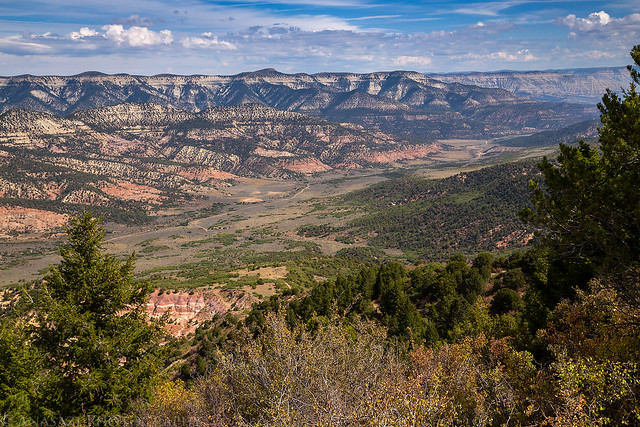 When I reached the final ridge to the summit I thought it would be easy going from here, but the worst of the bushwhacking was along the top of this ridge… 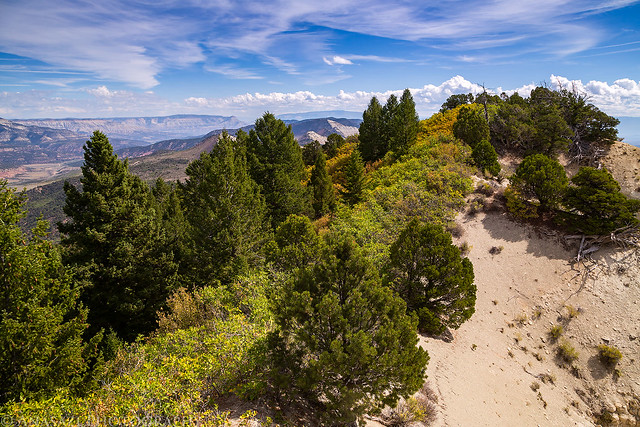 I finally reached the summit covered in scratches and tree sap, with a few cactus needles thrown in for good measure. Unless you have a specific reason to hike this summit, I really wouldn’t recommend it as a fun hike. 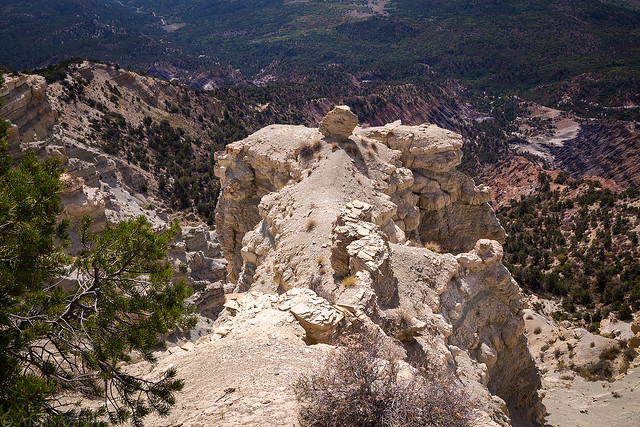 The south face of Corcoran Peak. 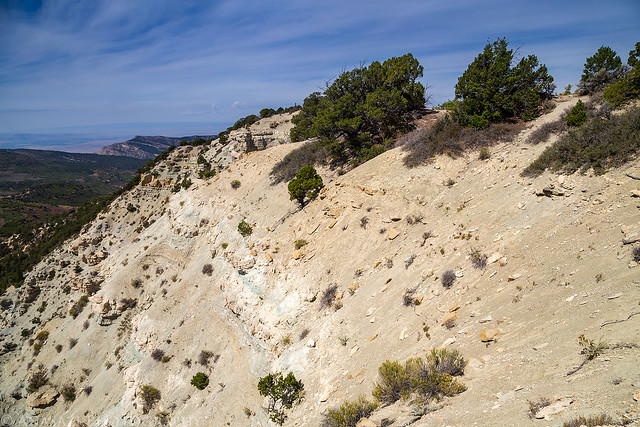 Looking east over South Shale Ridge from near the top with Mount Logan and Battlement Mesa in the background. 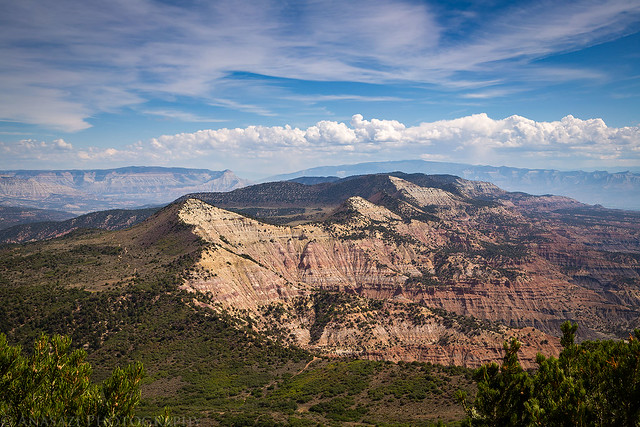 After making it back down to my Jeep, I continued driving the loop road around South Shale Ridge back to De Beque. 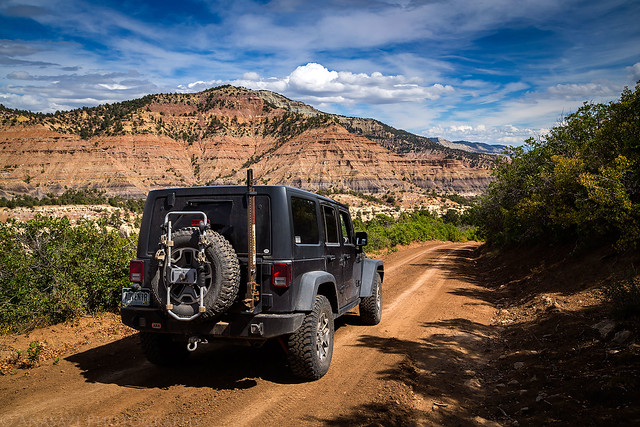 Another look at Corcoran Peak, this time from the south side. 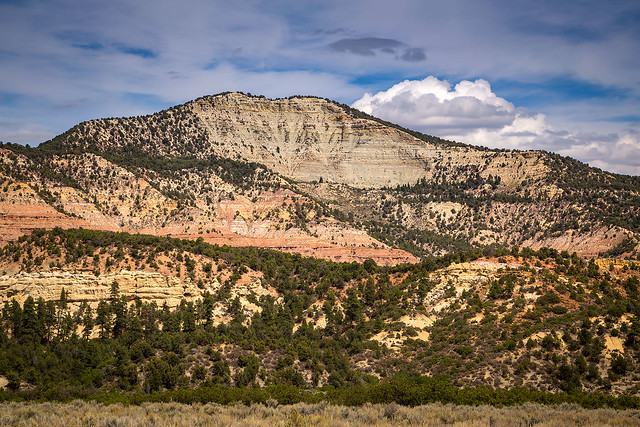 I took a side trip on the North Soda Road to the old cabin and saw a few wild horses along the way. 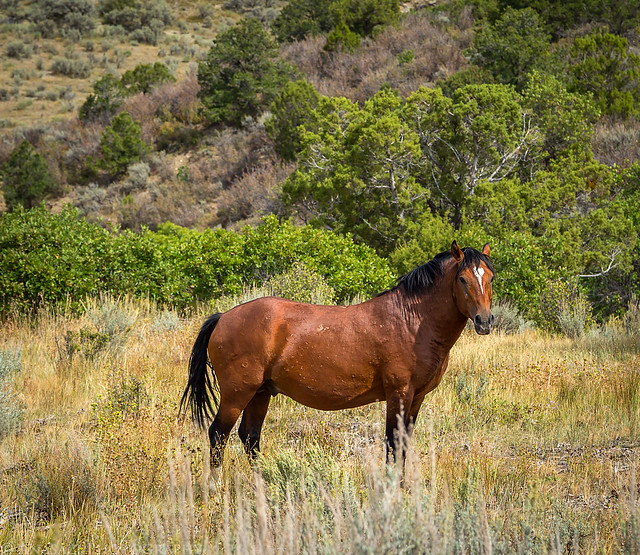 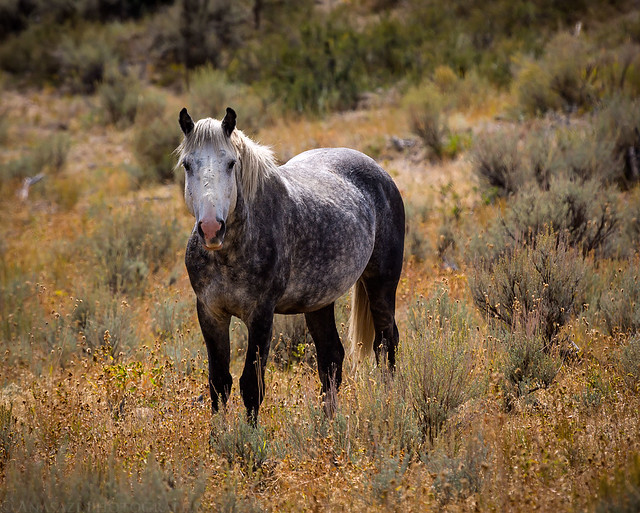 I saw this little sandstone arch near the trailhead for the Ute Trail. 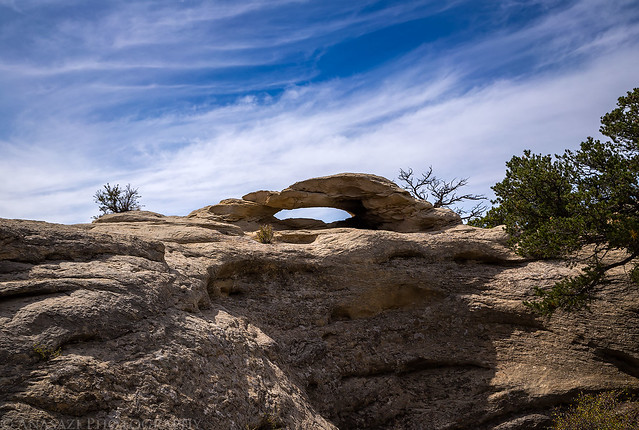 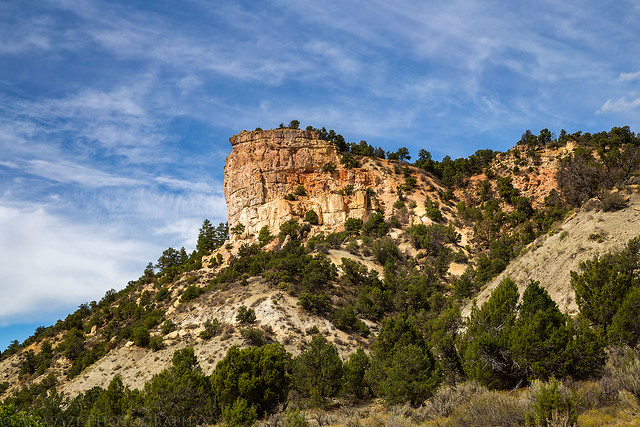 One last view of South Shale Ridge before heading back home.