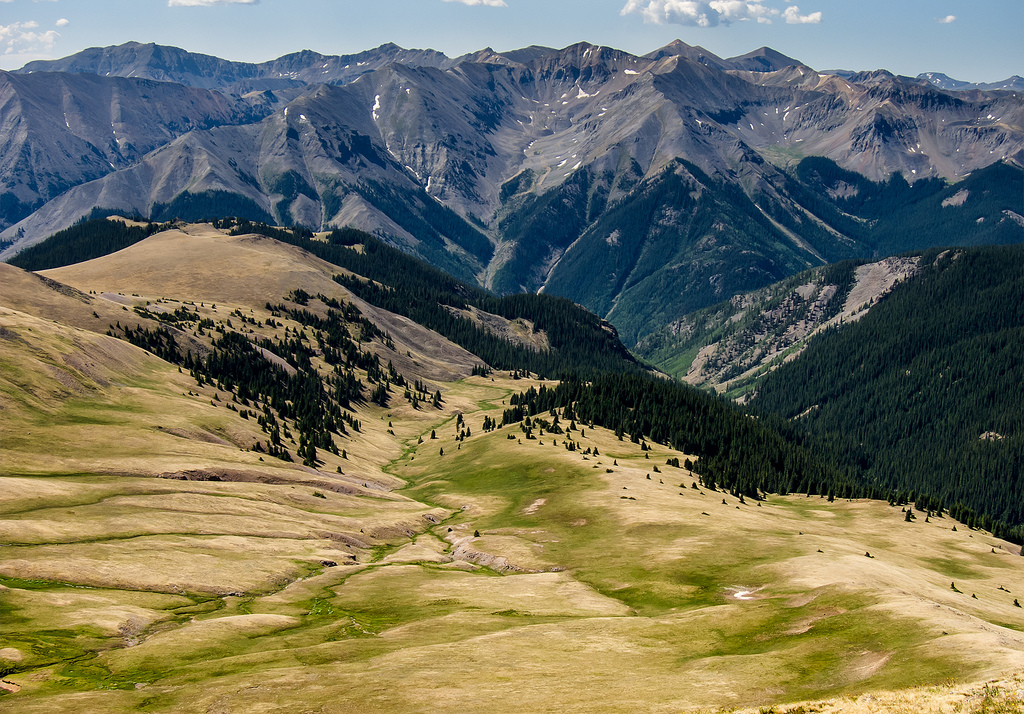 At 14,309 feet, Uncompahgre Peak is the highest point in the San Juan Mountains and the 6th highest in Colorado. It was also our destination this morning. After work on Friday, Jackson and I loaded up my Jeep and headed south to the San Juan’s. We made a quick stop for dinner in Montrose and then we were soon passing through Ouray and turning off the highway on the rough road following the Uncompahgre River and Mineral Creek. 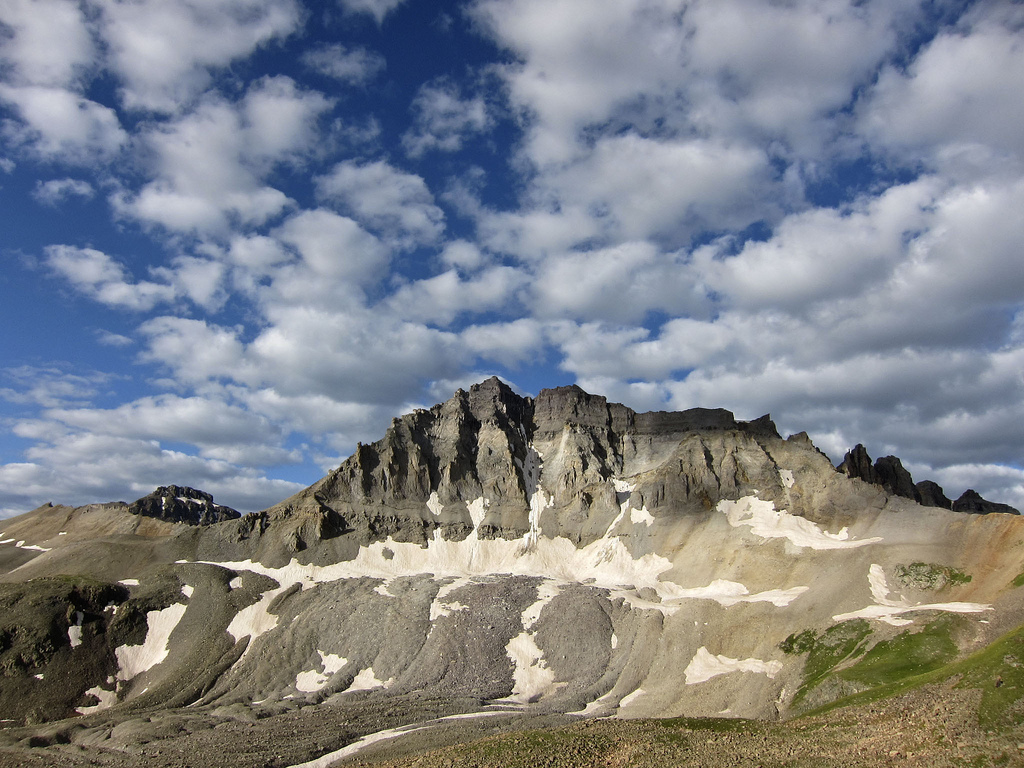 This morning I set out with my friend Jackson to climb my second 14er (after climbing Handies Peak last year). We got a very early start and drove to the upper trailhead in Yankee Boy Basin. Unfortunately, about halfway up, Jackson started not feeling so well and had to turn around. I continued on by myself to the summit (well, there were plenty of other people on the trail with me). There were a few sections that scared me a bit, but I was able to face my fears and continue to the top…and then make it back down again. It was a beautiful day and I had a great time and am glad I was able to accomplish this goal that I had set for myself this year. 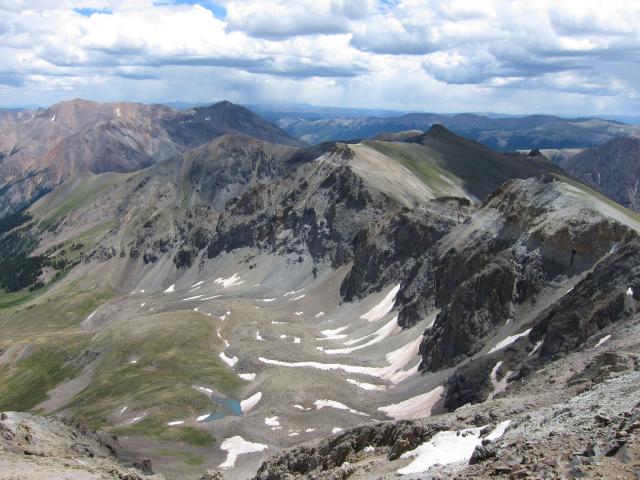 One of the goals I set for myself this year was to hike a 14er. Yesterday morning two friends and I hopped into my Jeep and headed down to the San Juan Mountains to try Handies Peak. Handies Peak is 14,048 feet high and ranked 40th out of the 53 14ers in Colorado. I chose this mountain because it’s relatively close to home, but mainly because it is one of the easier trails to the top of a 14er. From American Basin the trail is only 5.5 miles round trip with about 2500 feet of elevation gain.