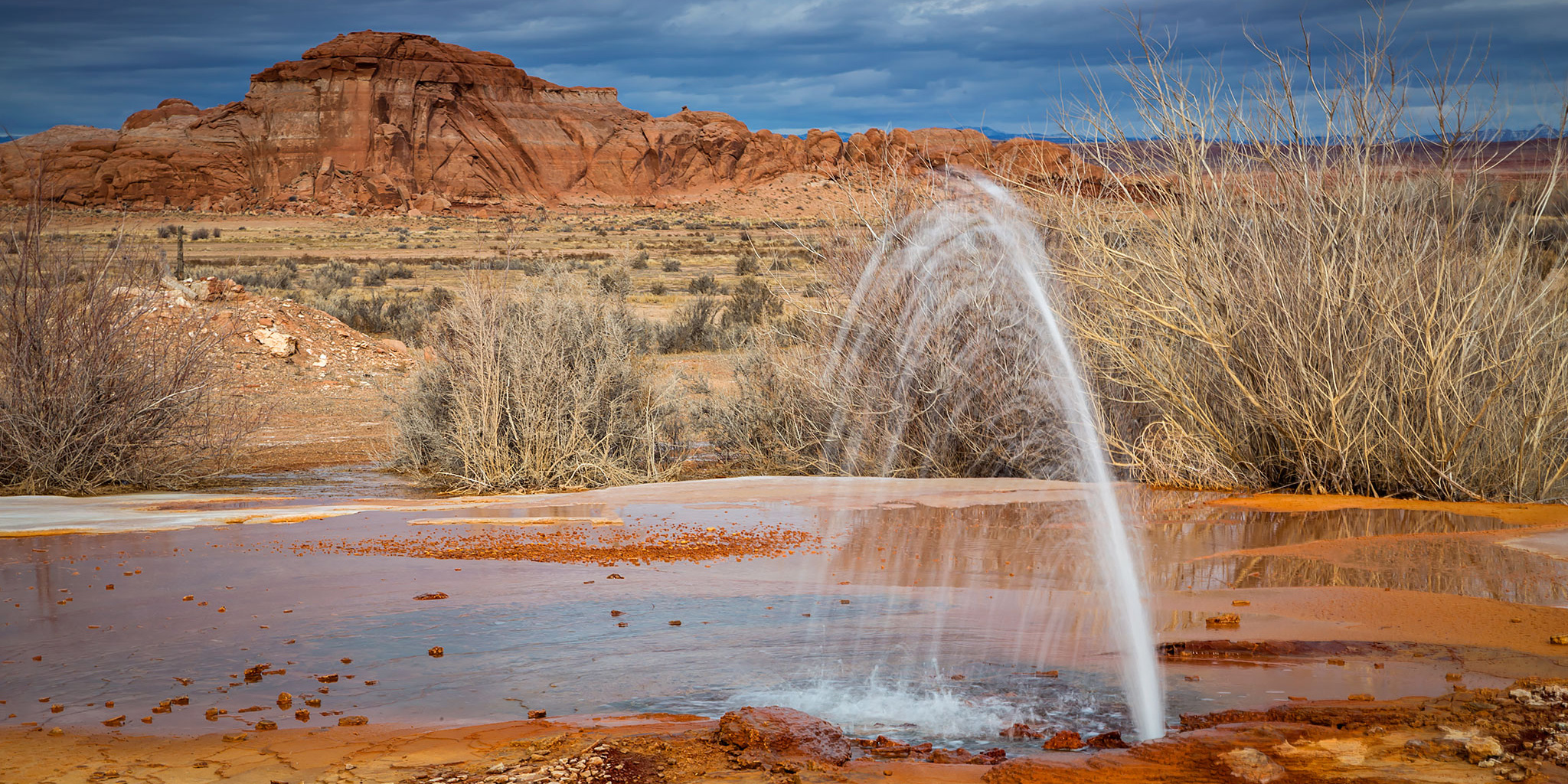 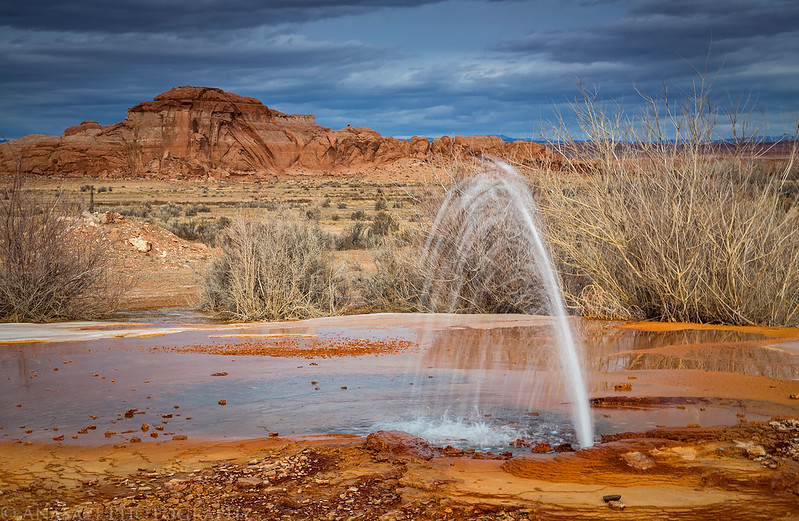 The Champagne Geyser erupts at the old Chaffin Ranch near the San Rafael River.

The fog was thick in Green River as I topped off my fuel tank. 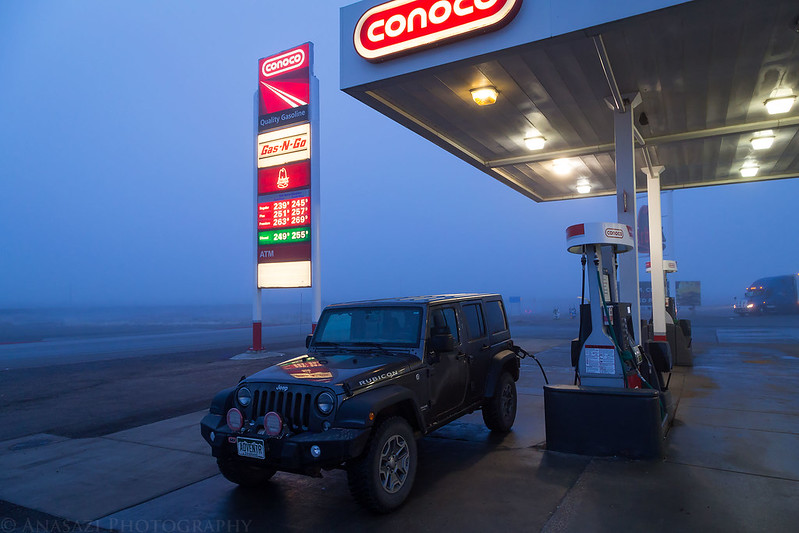 Not much of a view as we left town on the Green River Road. 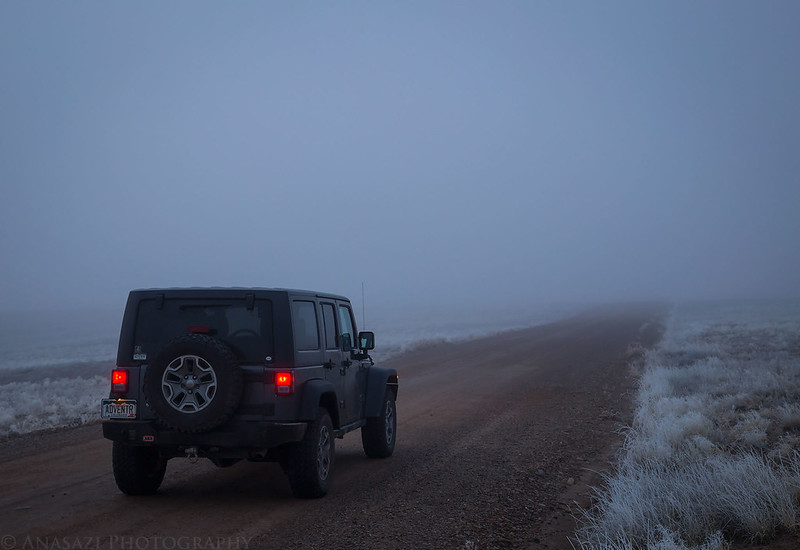 Marty following me. You can see that hoarfrost was covering most of the vegetation in the desert.

Eventually, we were able to see some of the nearby landscape through the fog… 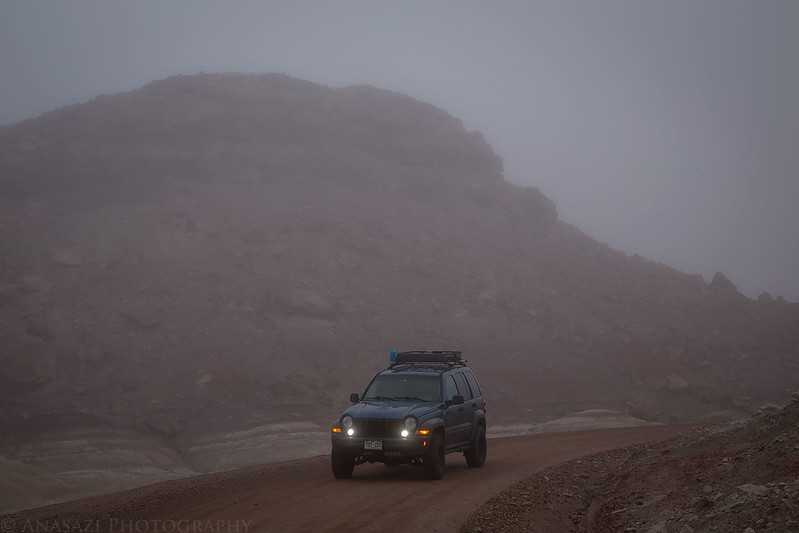 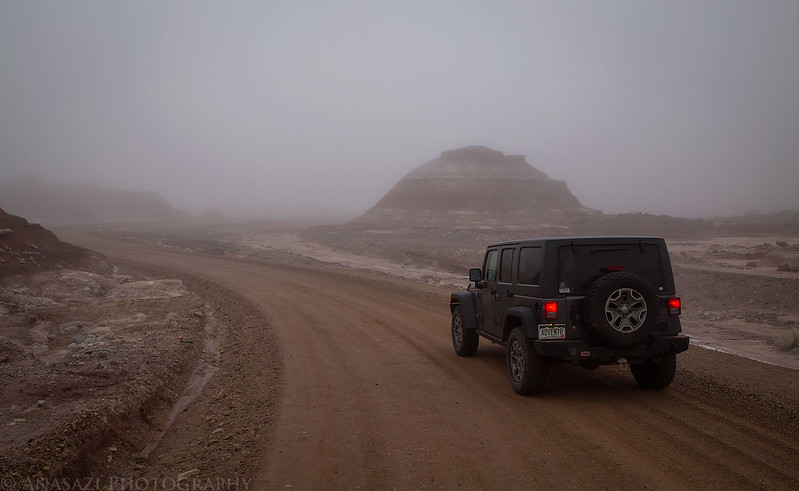 When we reached the top of the Horse Bench, we were just high enough to get above the fog for a short distance and it seemed that the top of the fog was around 4400-4500 feet. My original plan was to search for some rock art along the San Rafael River, but with the current fog situation I decided it would be a better idea to continue driving out to Keg Point first since it was closer to 5000 feet in elevation and we would be able to stay above the clouds. Then we hoped that the fog would dissipate before we headed back to Green River and could make some stops at the lower elevation.

Starting to climb out of the fog onto the Horse Bench. 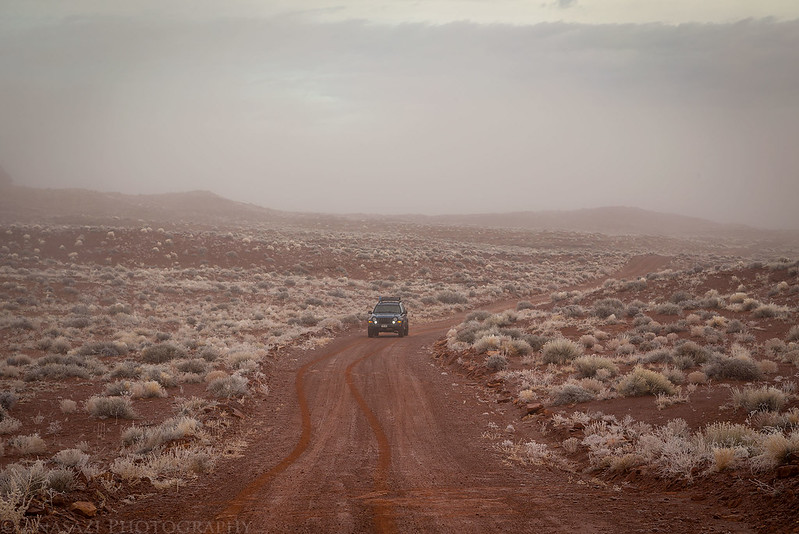 We just barely got above the fog for a little bit when we reached the top of the Horse Bench. 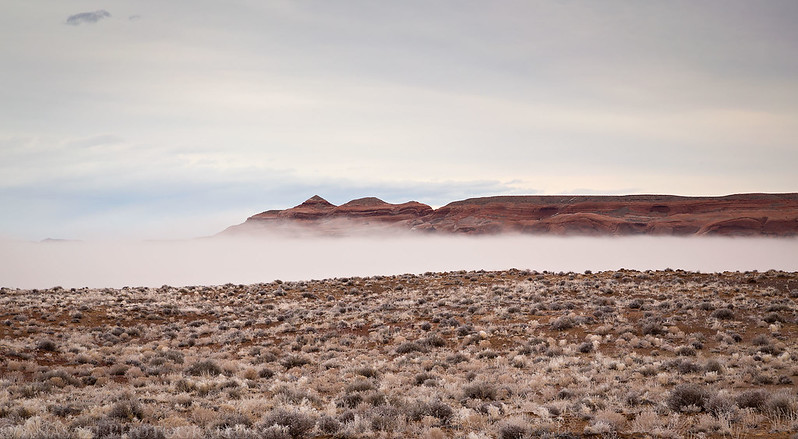 The only sliver of blue sky we would see all day. You can just barely see the San Rafael Reef poking out of the clouds on the horizon. 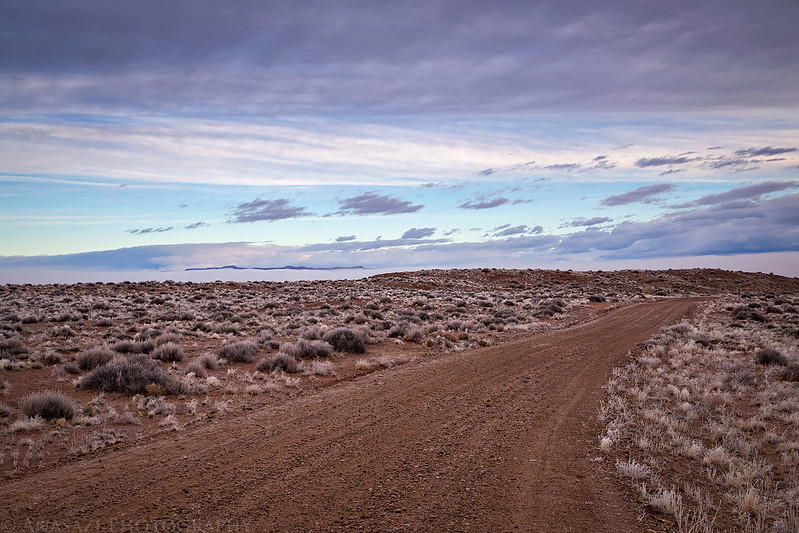 Frost on the front of my Jeep. 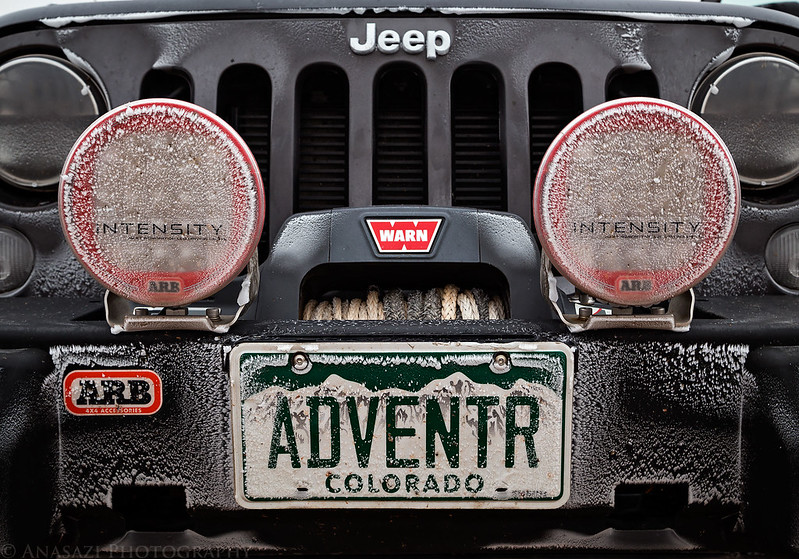 A distant island in the fog. 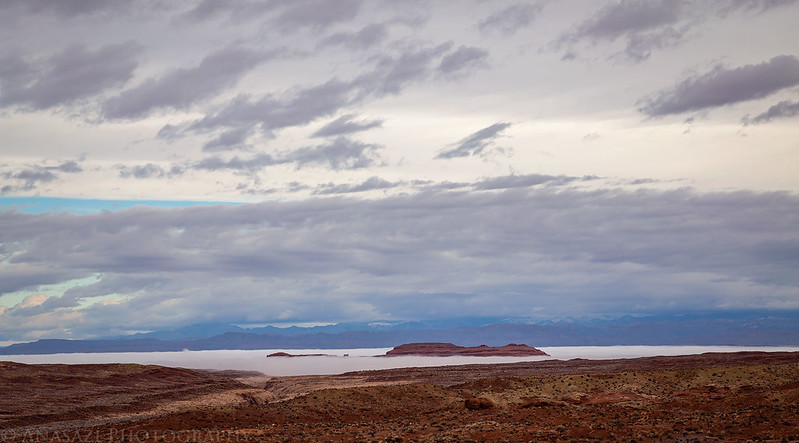 As soon as we got above the fog for good the temperature was about 20 degrees warmer, but there was also a constant cold wind that made it feel much colder than it was out. When we reached the end of the road on Keg Point we started our hike out to visit Colonnade Arch. It had been about seven years since the last time I visited this arch and Marty had never made the hike to it before. I had hoped the conditions would be better for some photos today, but we were stuck with an overcast sky for most of the day. I guess that means I’ll have to return yet again!

On our way to Colonnade Arch we stopped at this nice arch. 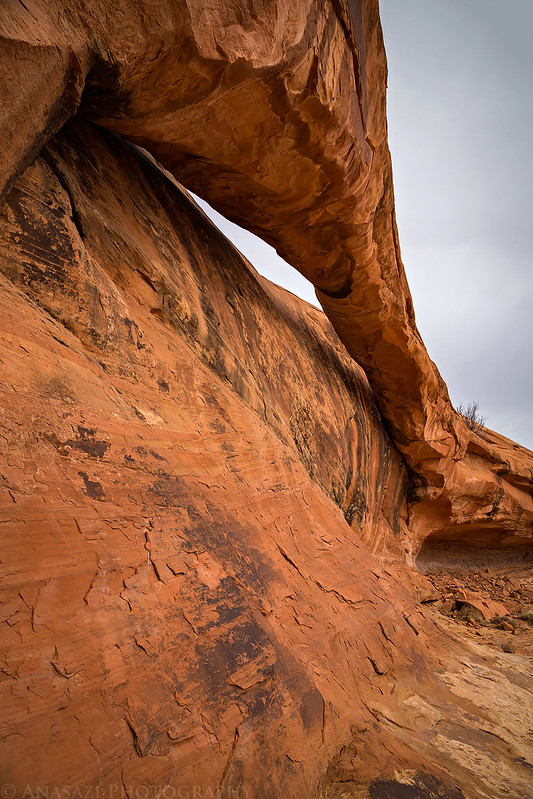 I liked the pothole covered in ice below this small arch. 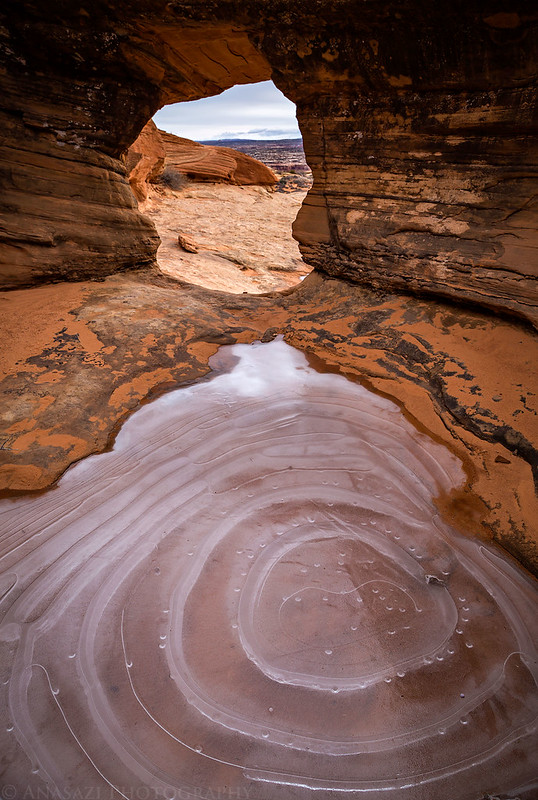 This sandstone formation is very unusual. 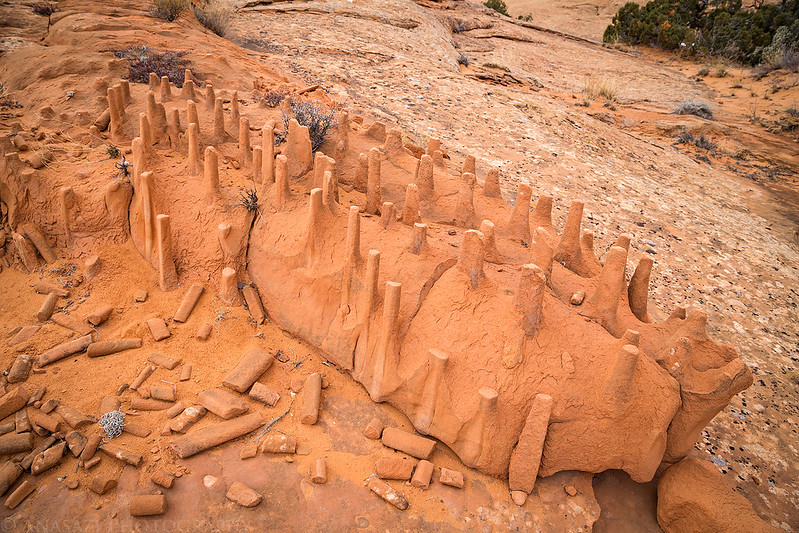 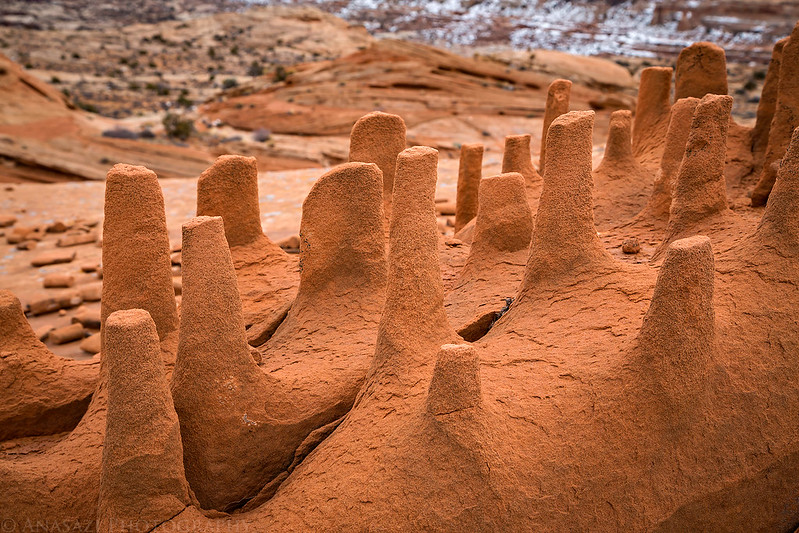 Looking down Twomile Canyon to the Green River. 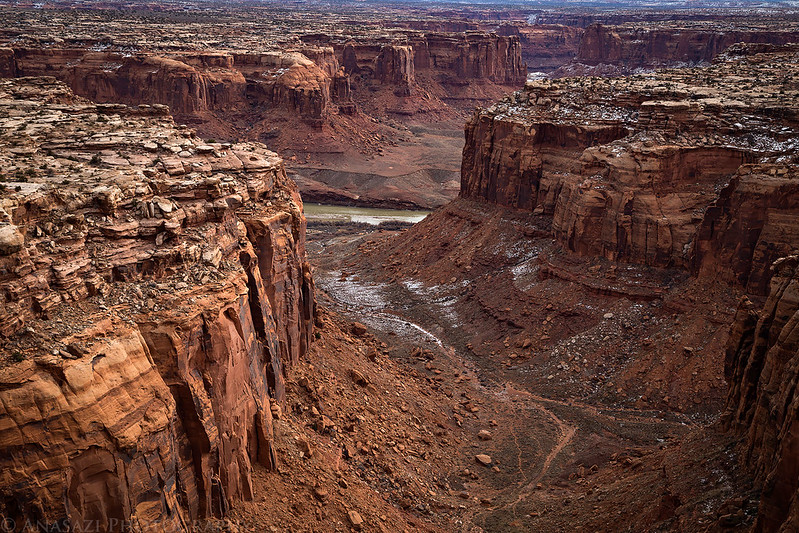 Our first look at Colonnade Arch. 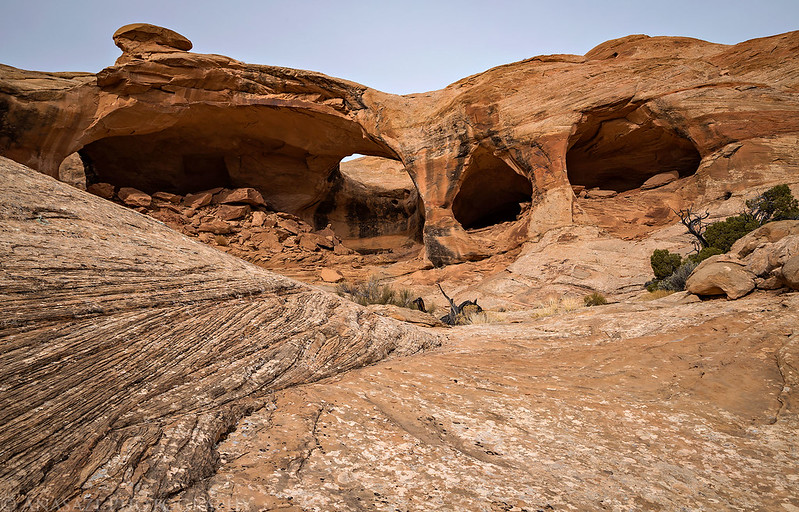 Always a nice view from the inside. 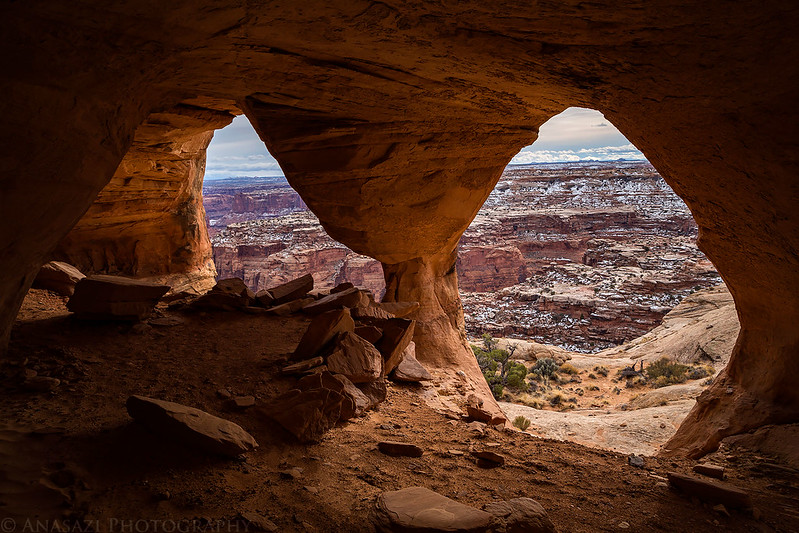 I had missed this nearby arch on previous visits. 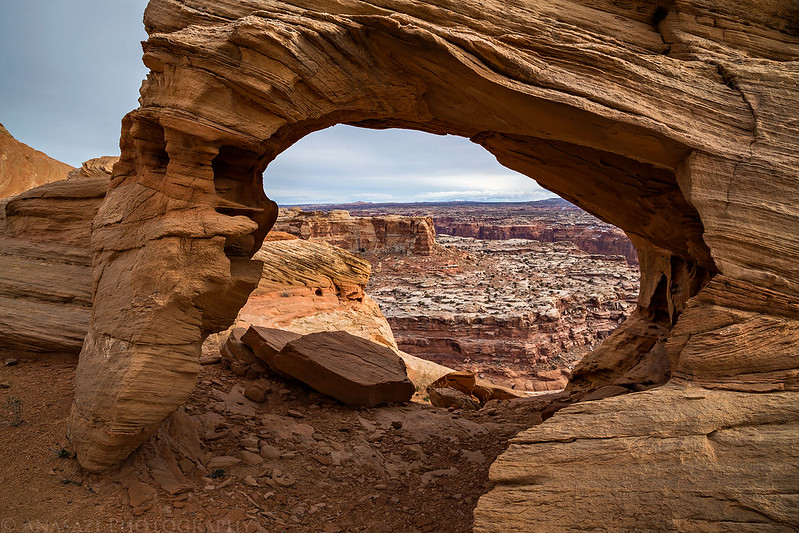 After returning to our vehicles we started the drive back to Green River. We could see that the fog in the distance was quickly disappearing by now, so we took a short hike along the San Rafael River to find a few petroglyphs.

This was the nice panel of petroglyphs I was looking for. At first I spotted them from above, but I had to go below to take some photos. 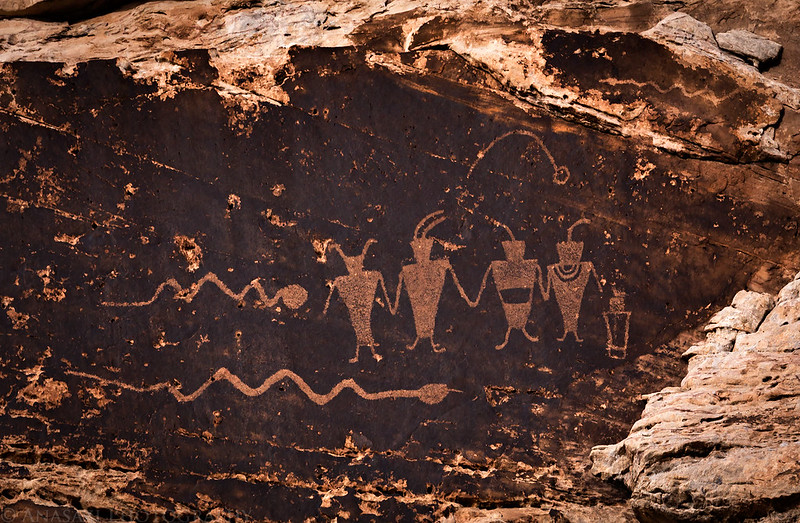 Jeeps in the San Rafael Desert. 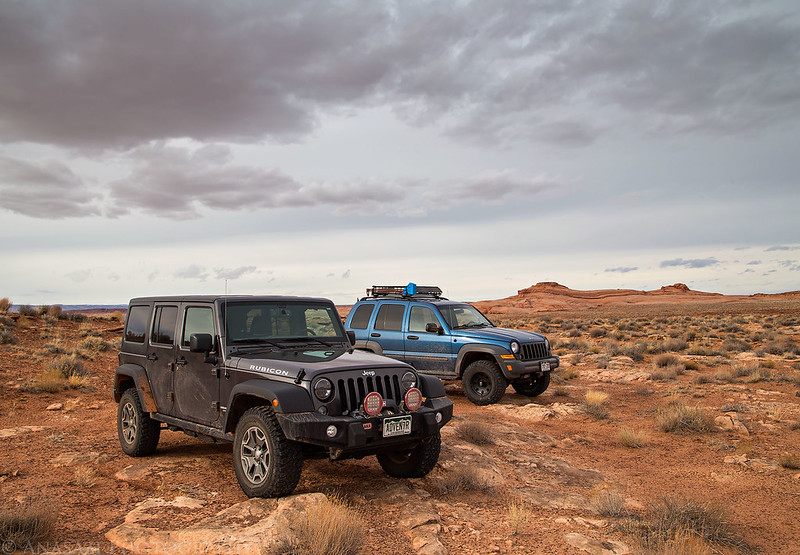 Before heading back to town, we stopped at the old Chaffin Ranch to check out the Champagne Geyser. It was spouting water on and off while we were there, but the wind was really blowing it around after it got higher than a few feet. 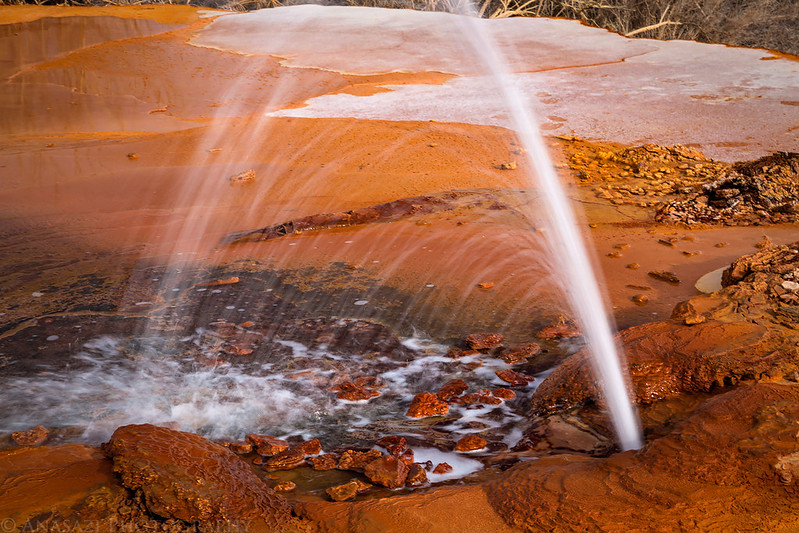 Nice color and textures from the minerals in the water. 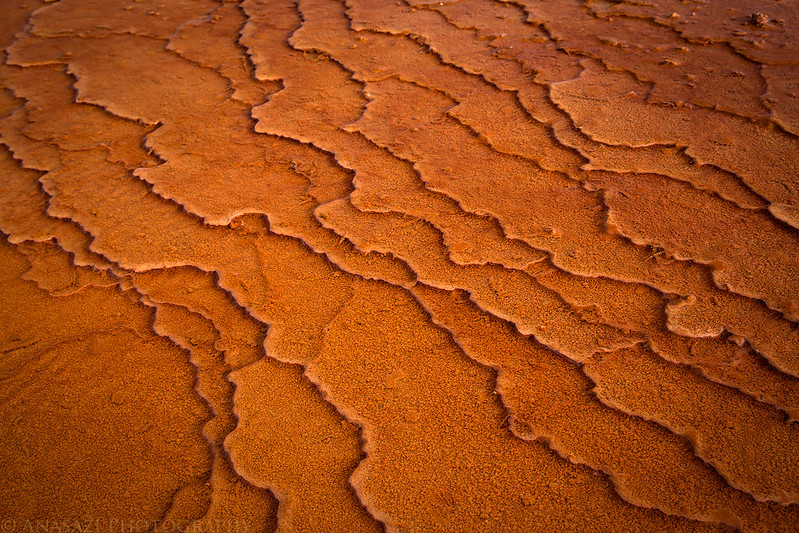 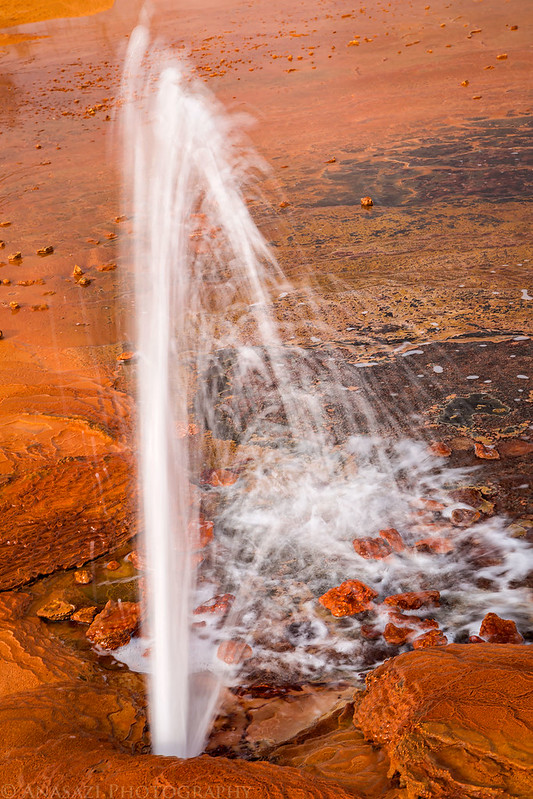 Just one last photo of the Horse Bench Reservoir before we finished the drive back into town. 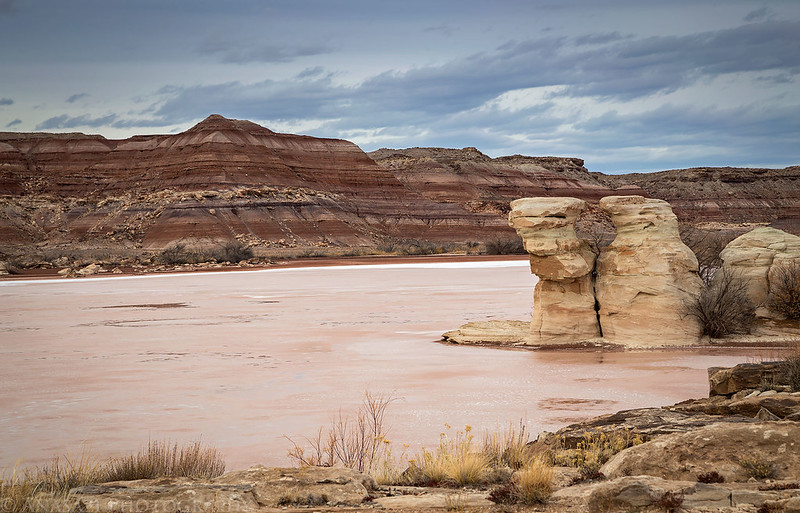