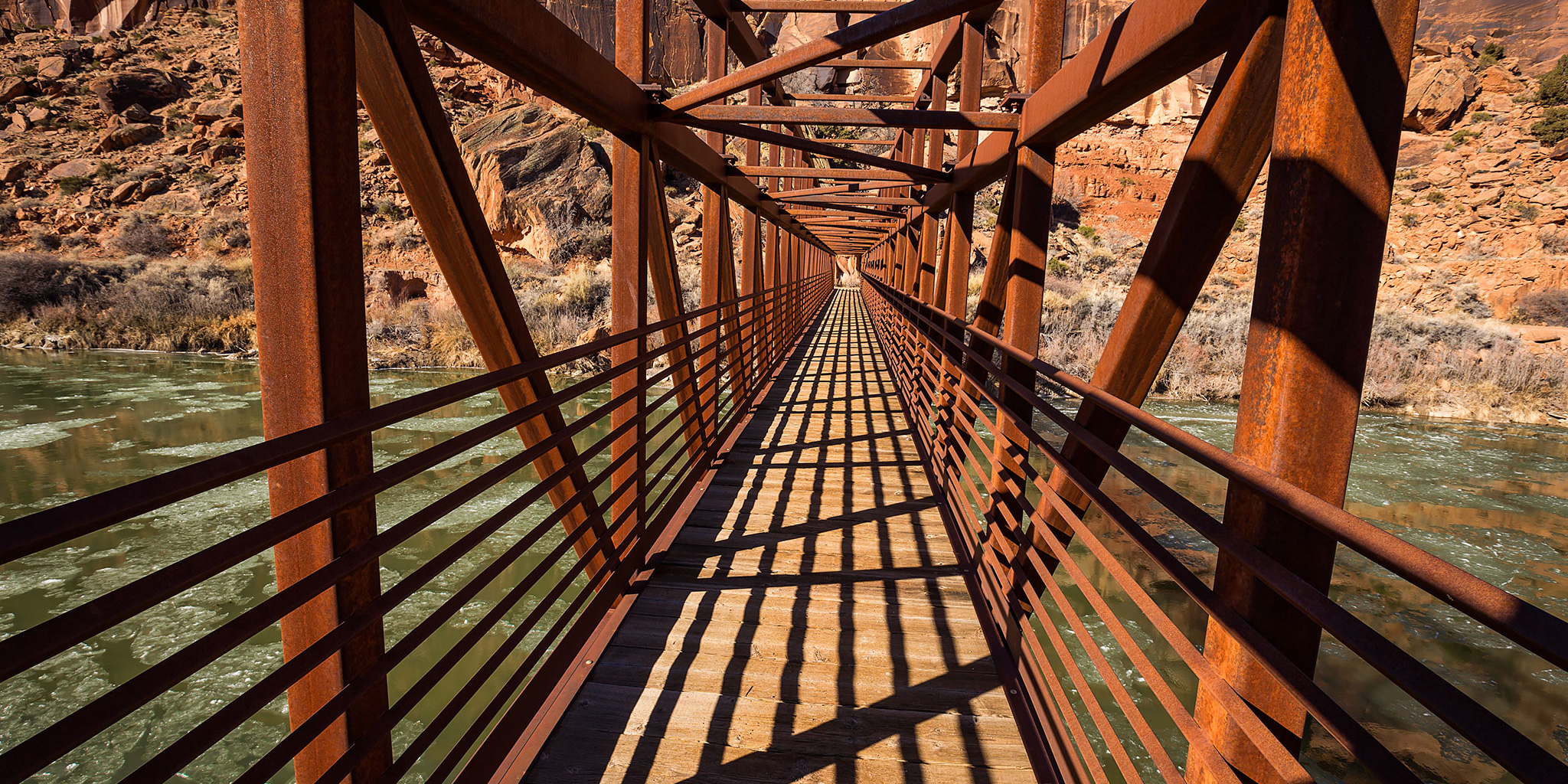 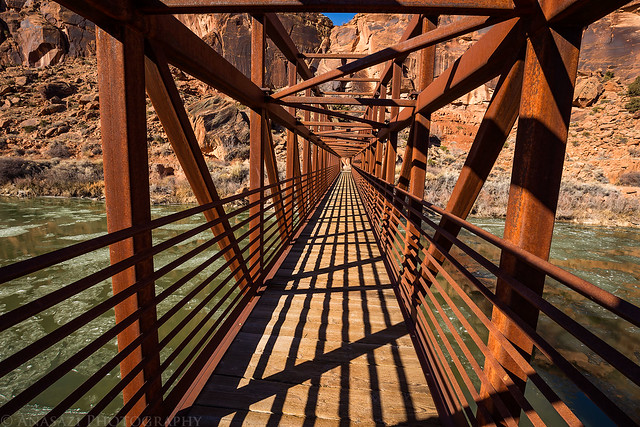 I always love the lines and shadows of the Bridgeport Bridge over the Gunnison River.

Both trails start out on the same trail from Bridgeport, but after a few miles the canyon splits and I went left along Little Dominguez Creek. The trail follows an old road that hasn’t been used for quite awhile to an old homestead before it turns into a singletrack trail that seems to get a lot of use from cows. There are a few creek crossing along the way with the first one being the biggest and it was the trickiest one to cross without getting wet. I hiked up Little Dominguez Canyon about four to five miles before turning around, making the entire hike about 14 miles round trip. There wasn’t much elevation gain and little route-finding, so it was mostly easy hiking the entire way. Shortly before my turnaround point I came across a huge beaver dam that created a large pond that almost stopped me from going any further up the canyon, and it looked rather new. On my way back down the canyon I also spotted two small petroglyphs on a large boulder. Here are a few photos from the hike…

Following alongside the railroad tracks and coal cars at the beginning of the hike. 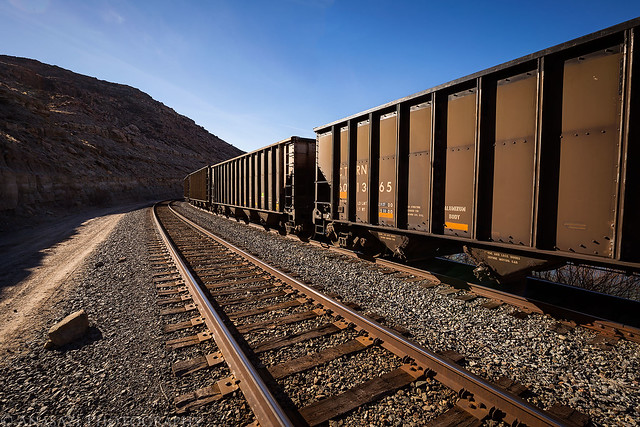 The Bridgeport Bridge, gateway to Dominguez Canyon on the other side of the Gunnison River. 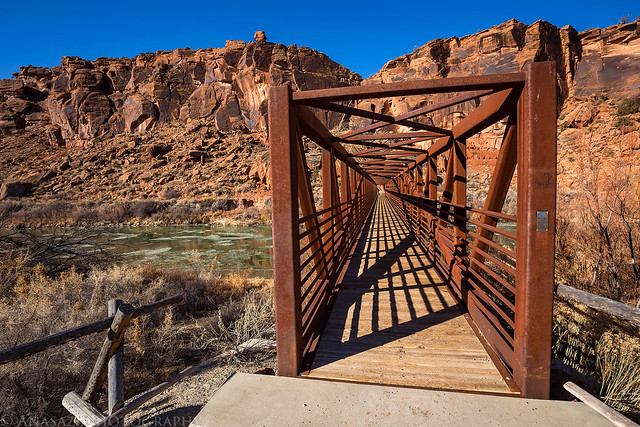 There was plenty of ice floating on the Gunnison River this morning. 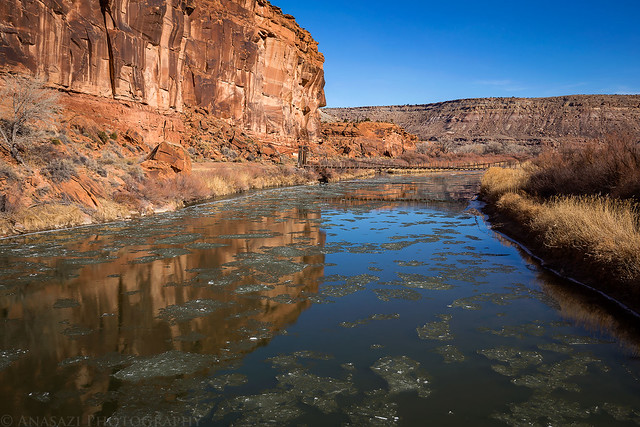 Entering the Dominguez Canyon wilderness on the other side of the bridge. 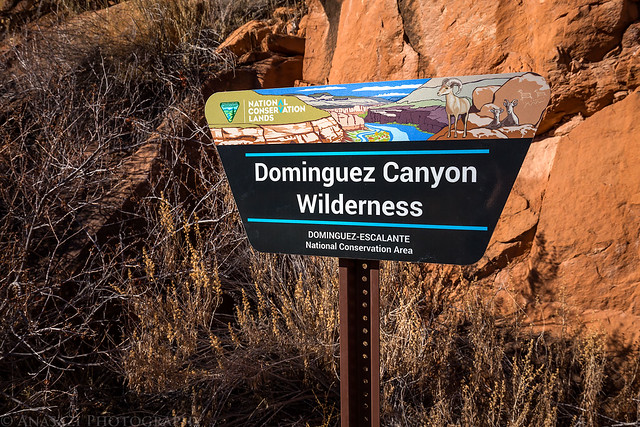 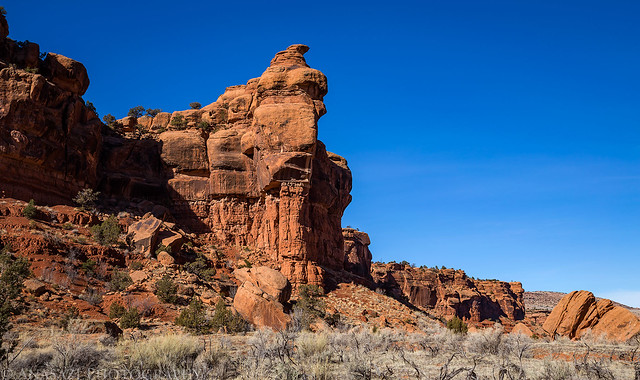 Much of the hike followed along the icy Little Dominguez Creek. 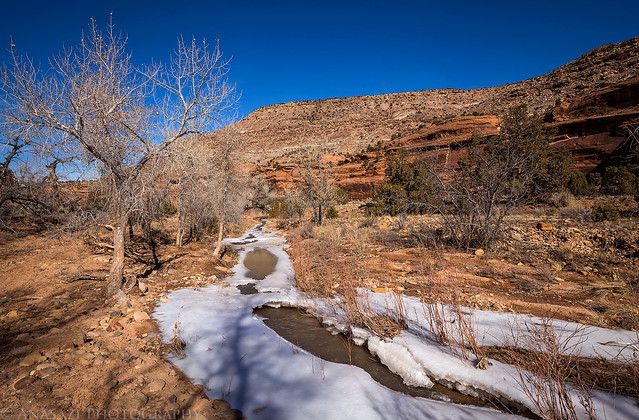 After going around the big ninety-degree bend in the canyon my forward progress was stopped when the trail went right into a very large ice-covered beaver pond. 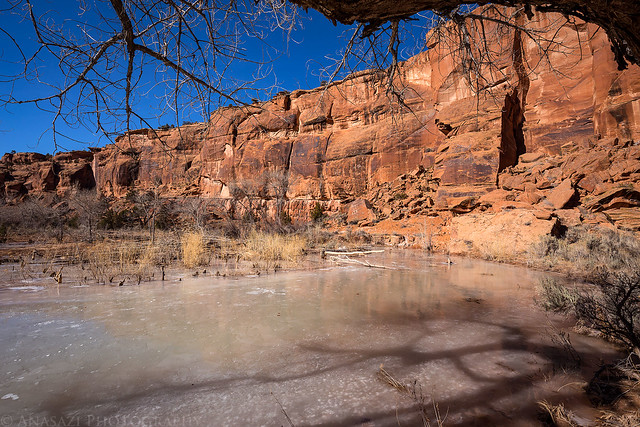 A better look at the big beaver dam that looked relatively new as I searched for a way to continue up the canyon without getting soaked. I would find a way around by scrambling over some large boulders at the side of the canyon. 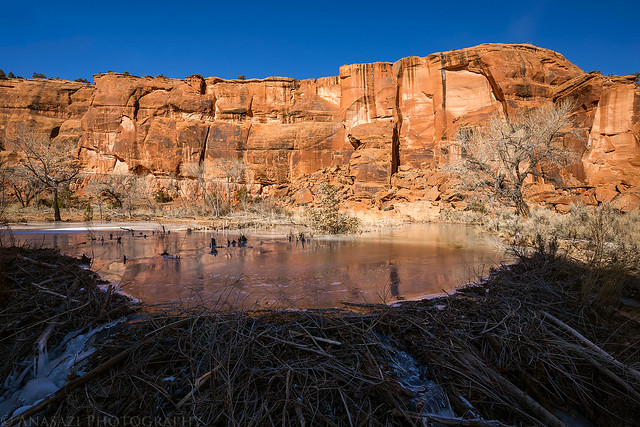 The local beavers seem to be pretty busy around here. While I was hiking through this area I heard them slapping their tails somewhere nearby in the canyon, but I never did see one. 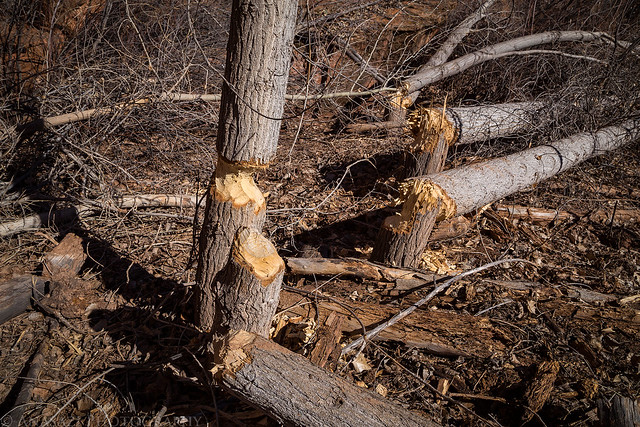 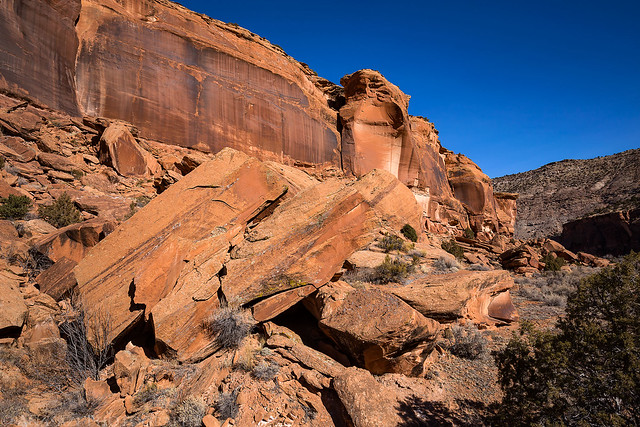 A small petroglyph on a large boulder that I noticed. 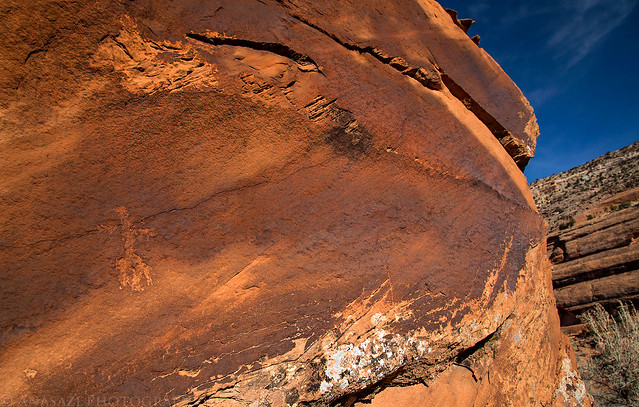 After finding the previous petroglyph, I searched the area for more and only found this other one on the other side of the same boulder. 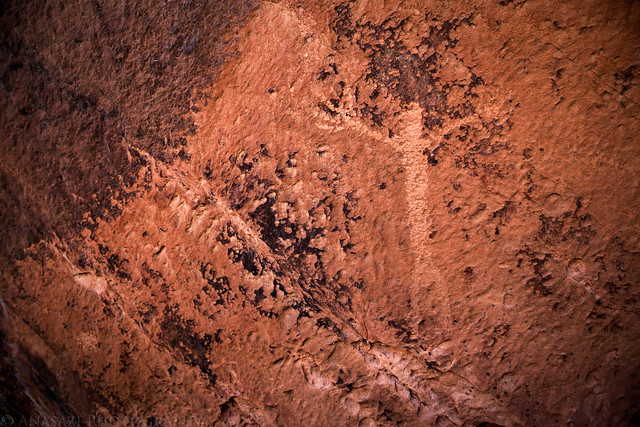 Cowboy storage under a shallow overhang in Lower Dominguez Canyon. 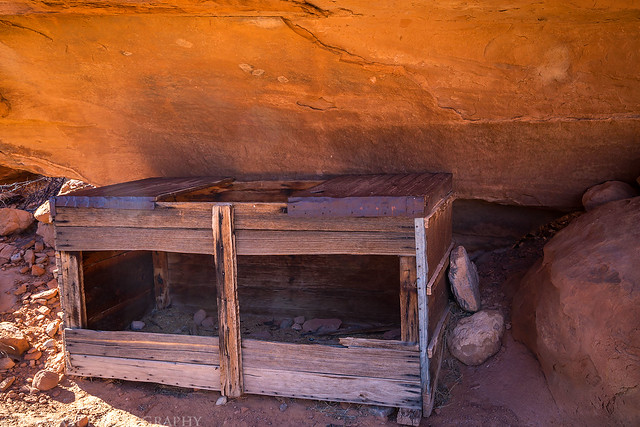 One last photo over the Gunnison River taken near the Bridgeport Trailhead. 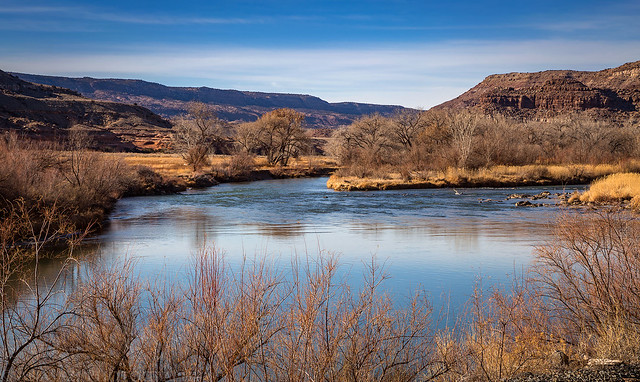 Below is a map from the GPS track from my hike so you can check it out for yourself.