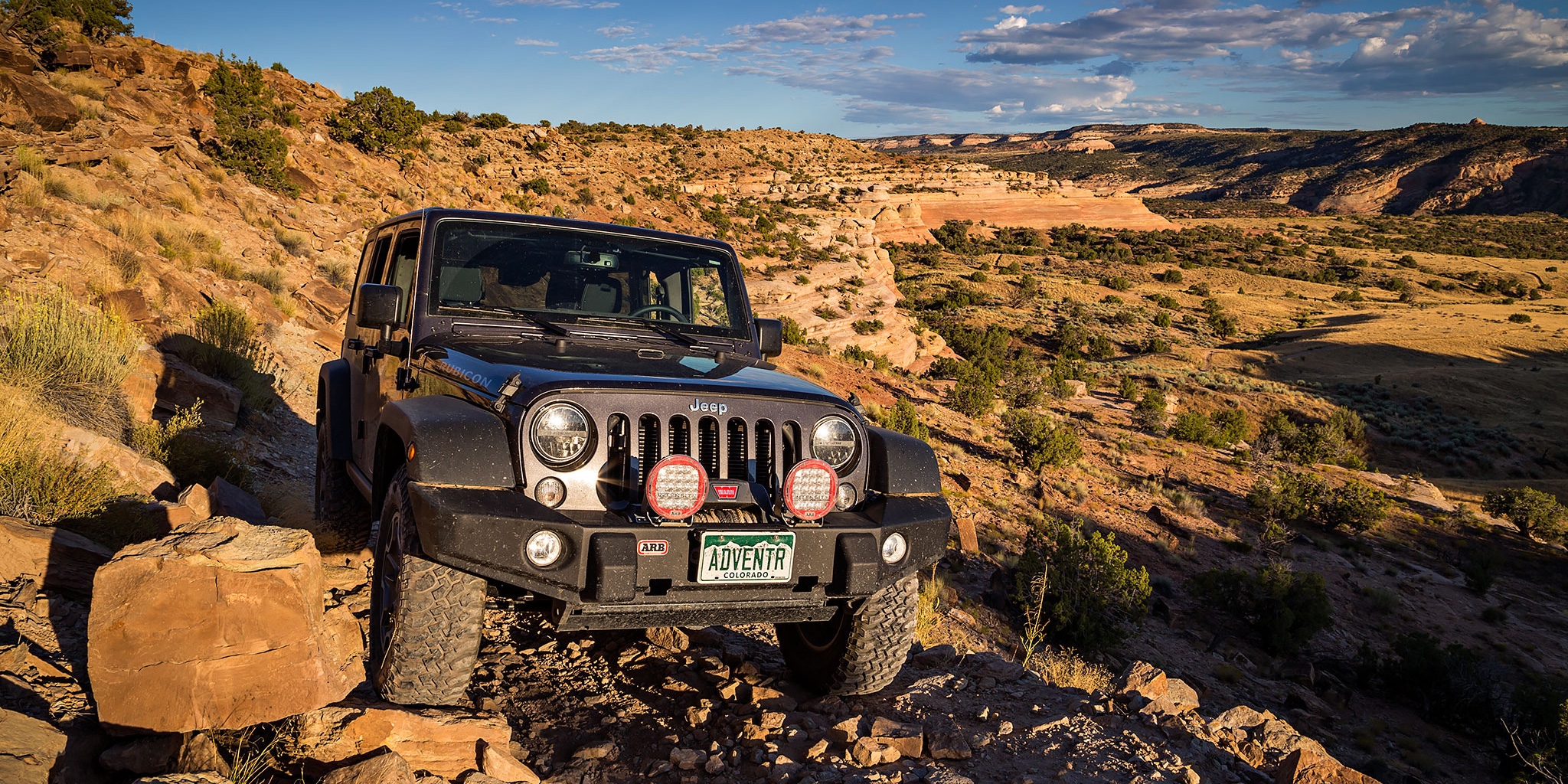 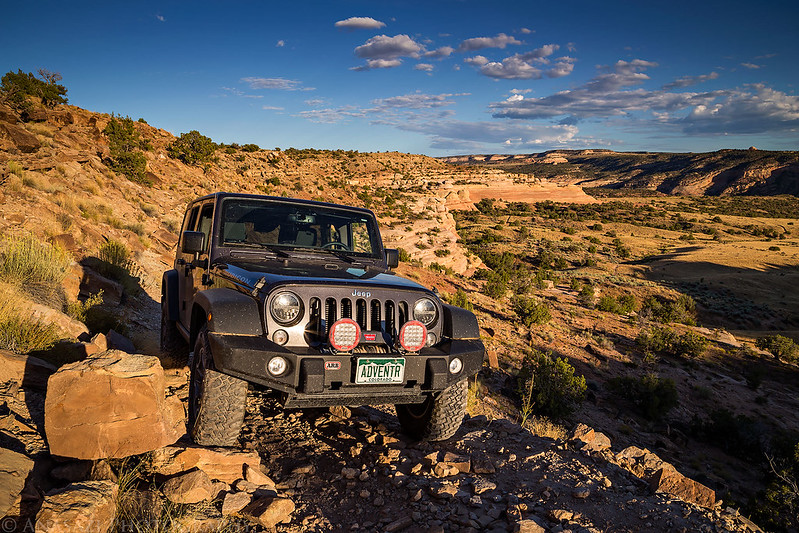 Driving my Jeep back up a narrow road in the Rabbit Valley area shortly before sunset.

Overlooking the Black Rocks section of the Colorado River. A great place to camp! 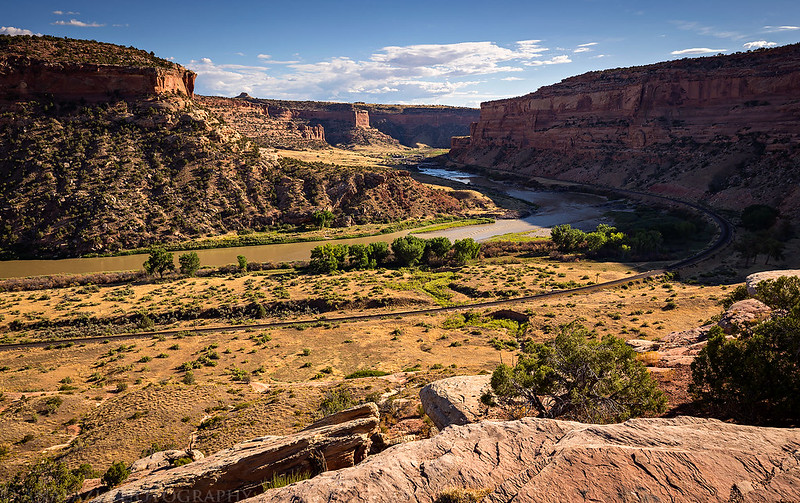 There were nice stripes in the sandstone in this section of Ruby Canyon. 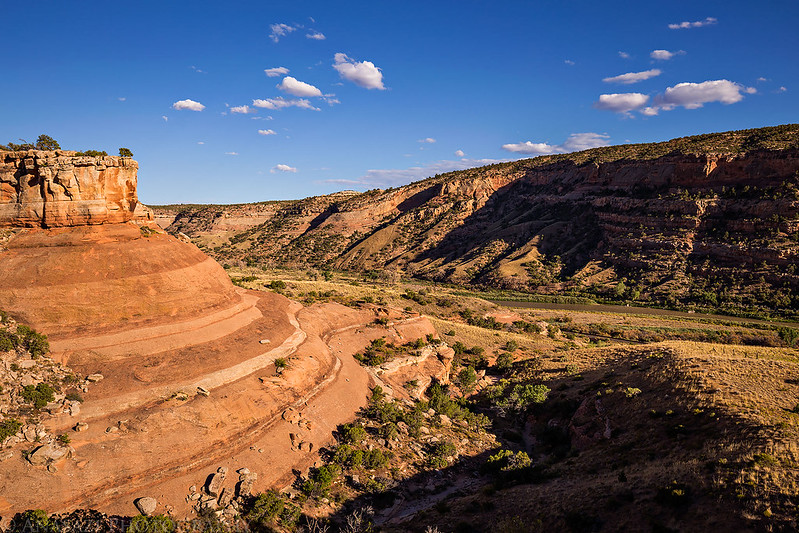 An evening drive across the grassy desert. 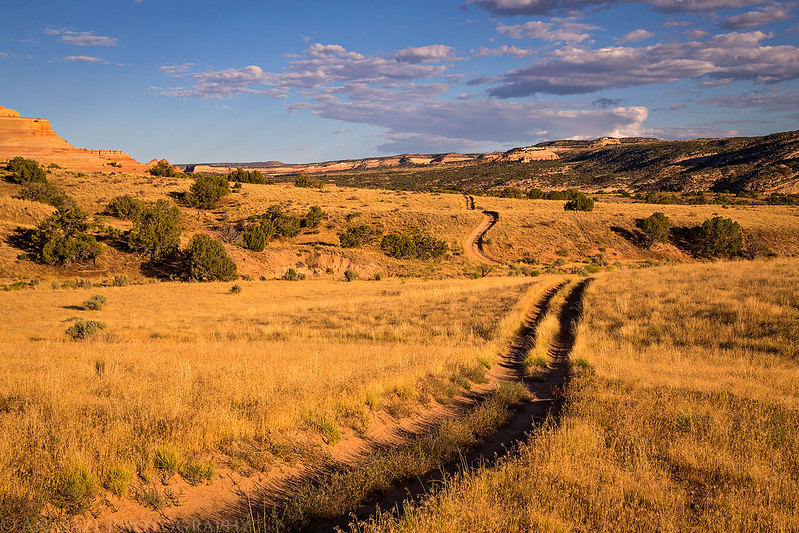 The petroglyph of a Ute Sweat Lodge that I was looking for. 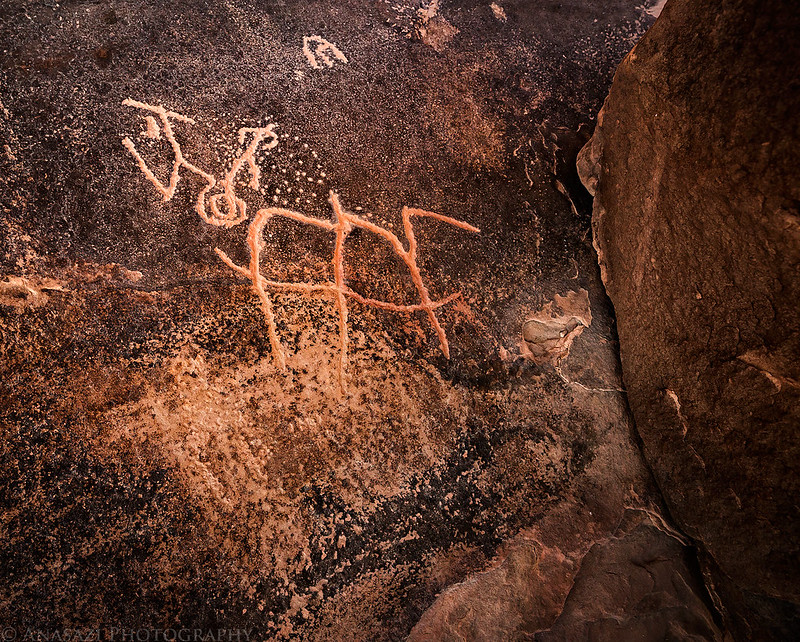 A couple of other petroglyphs that seem to have remnants of red paint on them. There were two small red pictographs nearby, too. 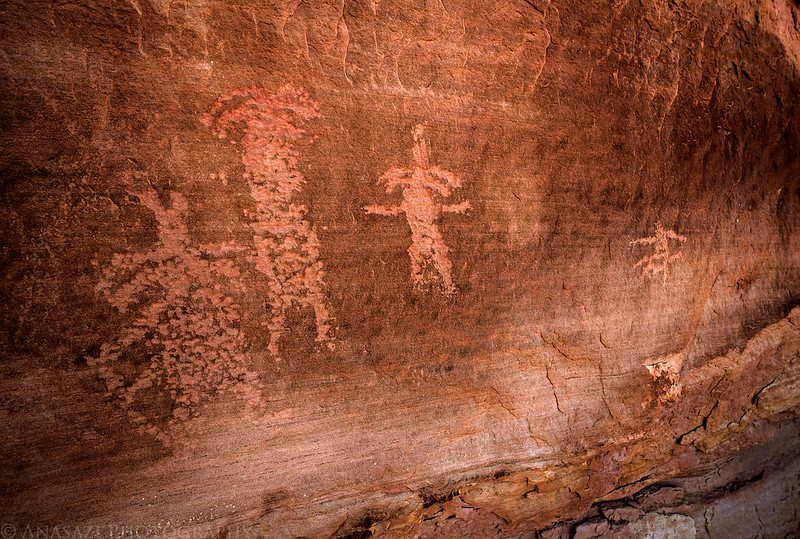 A nice view from an overlook along one of the roads I explored. 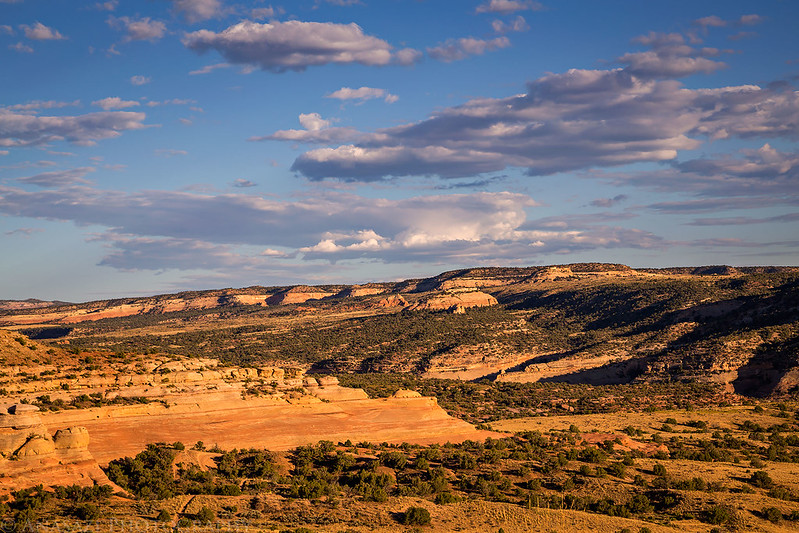 A group of female pronghorn watched me as I drove back to the highway. 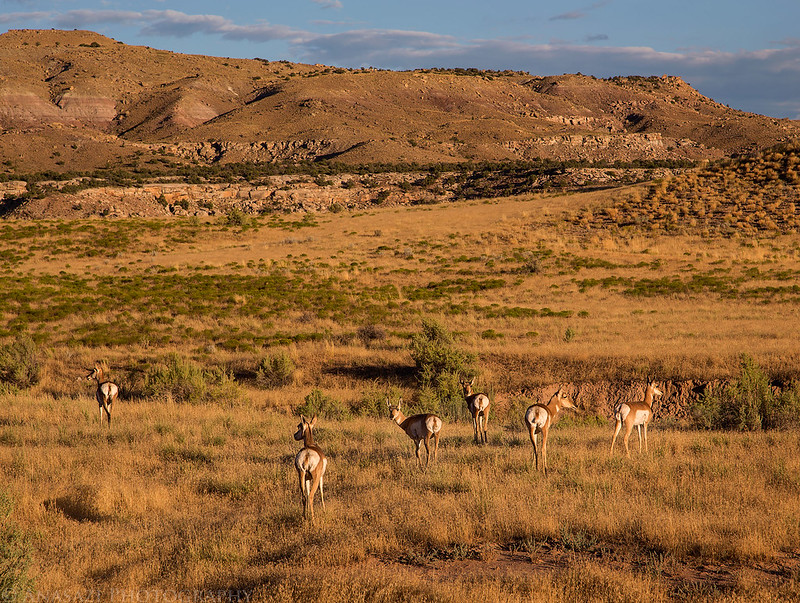