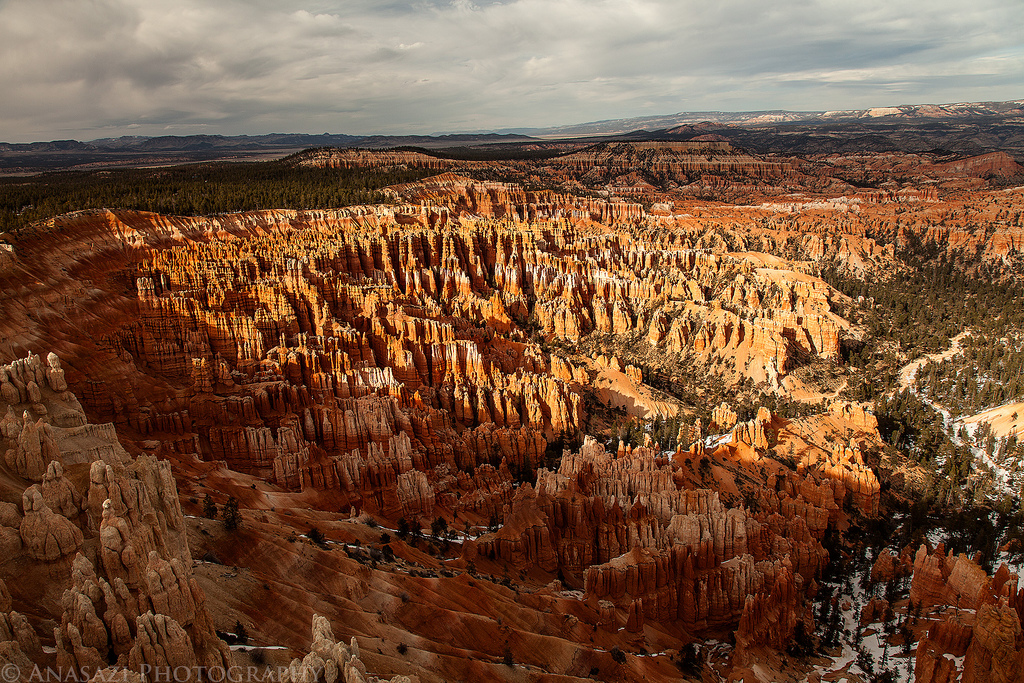 When we first arrived at Bryce we stopped by both Sunrise and Sunset Points. The light was pretty flat while we were there, but it was a good scouting opportunity for the following sunrise.

While exploring the area around Sunset Point, I descended the Navajo Trail loop a short ways until it was blocked by a snow drift that I didn’t feel like crossing. We didn’t have much time for hiking this evening, so it’s probably for the best. 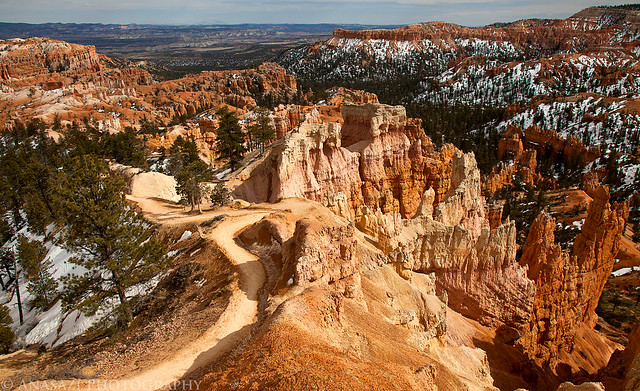 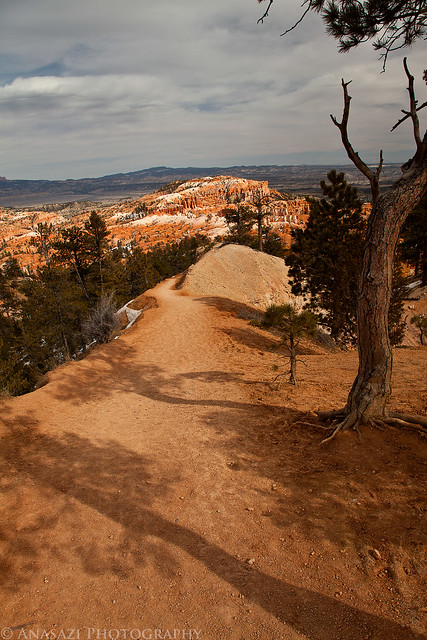 After a quick stop to check out Inspiration Point we continued on to Bryce Point. I stayed below taking some photos because the sun had poked out through the clouds causing some spot-lighting while Amanda continued up to Bryce Point to wait for me. 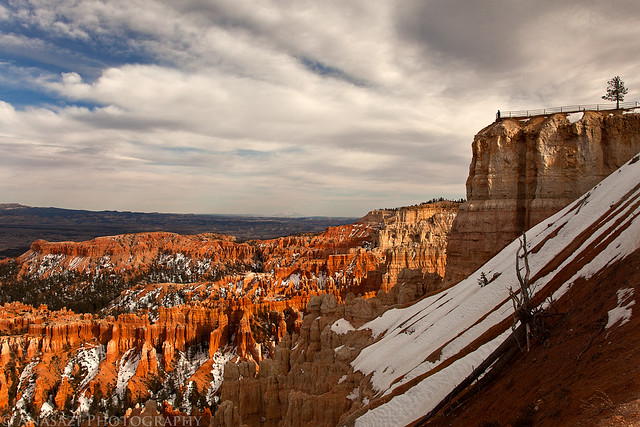 Nice spot-lighting on the spires from near Bryce Point. 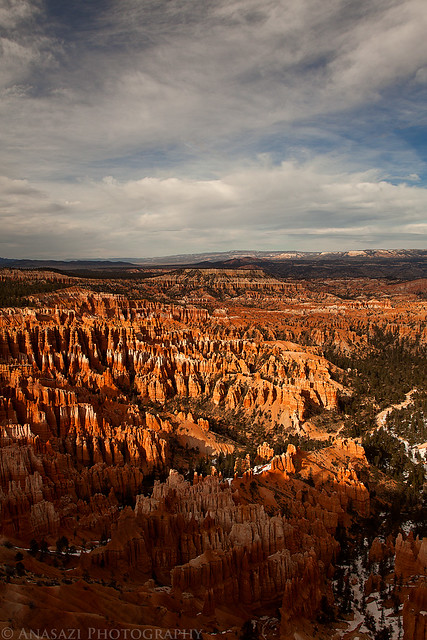 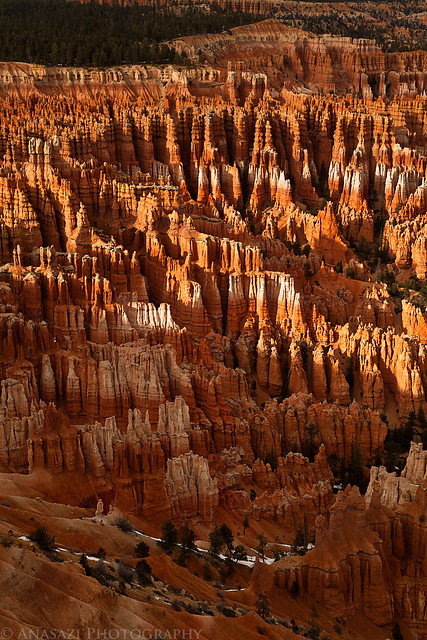 We left Bryce Point and wanted to finish the drive to the end of the park. Our next spot was at the impressive Natural Bridge. 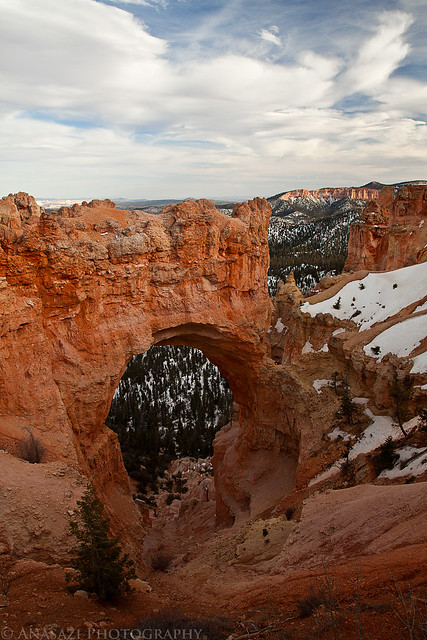 I stopped somewhere along the road to get a photo of this interesting rectangle-shaped spire as we drove up to Rainbow Point at the southern end of the park. 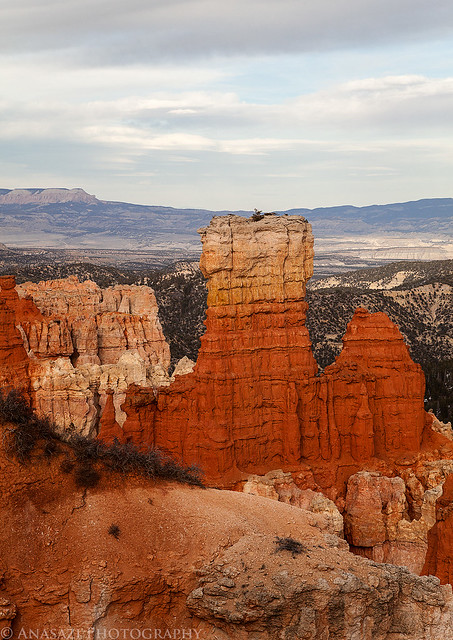 Here’s one photo I took from Rainbow Point. 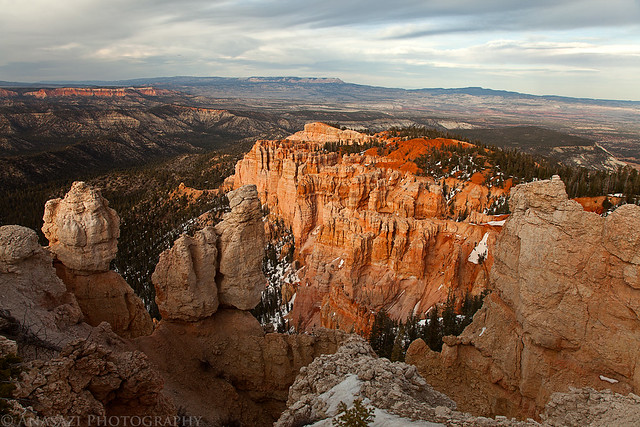 Even though we stuck to the main road and overlooks in the park this day, it was a nice introduction to the park and will certainly help me plan a better trip in the future.