An imposing view of Abrams Mountain (12,801) which towers over the Million Dollar Highway as you leave Ouray on the way to Red Mountain Pass. I had left after work on Friday and decided to make a few stops along the way to my intended campsite. 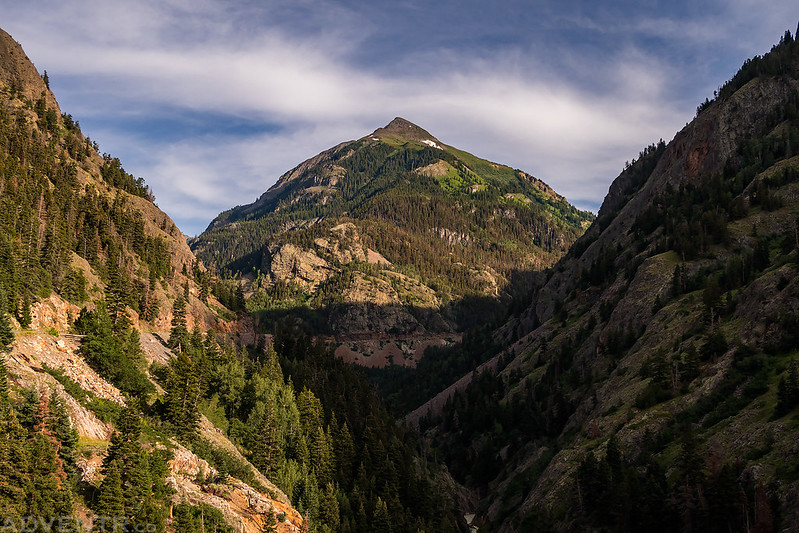 It’s been years since I stopped at the overlook of Bear Creek Falls under the highway, but I had some extra time this evening. 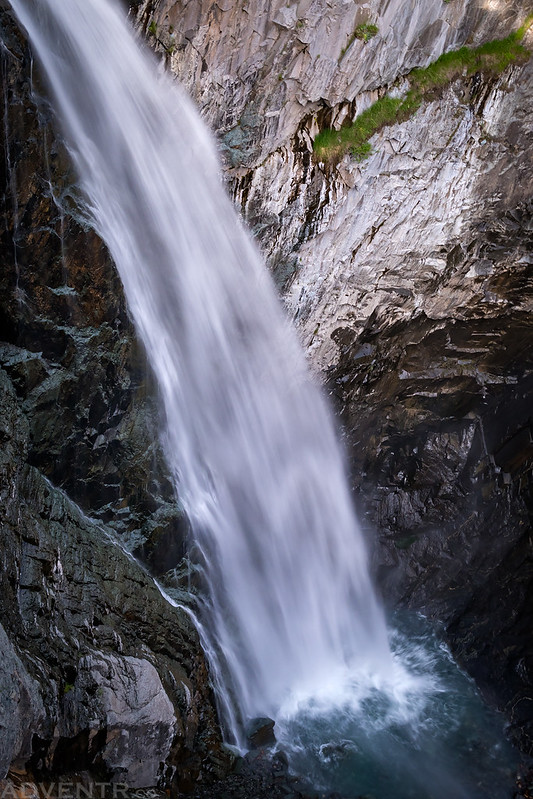 Then I stopped and took this photo of Red Mountain Creek on my way to Ironton Park. 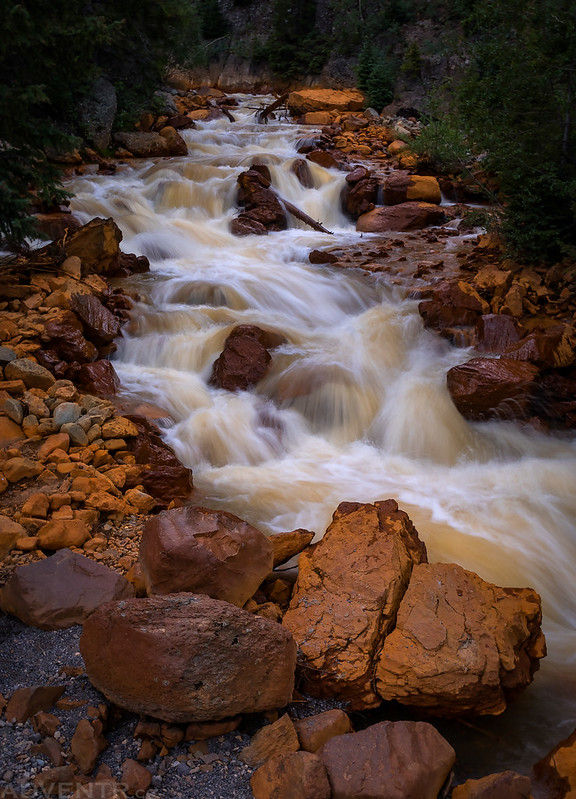 Of course, I couldn’t resist visiting the shore of Crystal Lake to get a view of the Red Mountains reflected on the calm water. 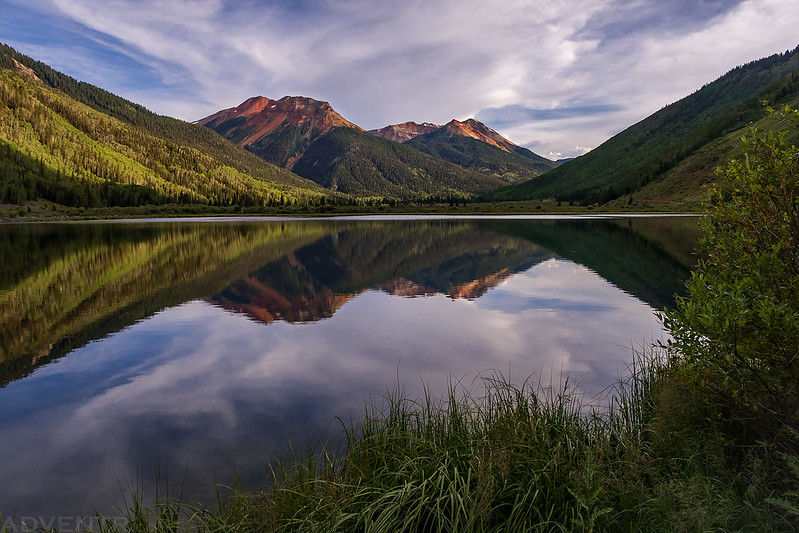 Then it was time to drive up the Corkscrew Gulch Road. 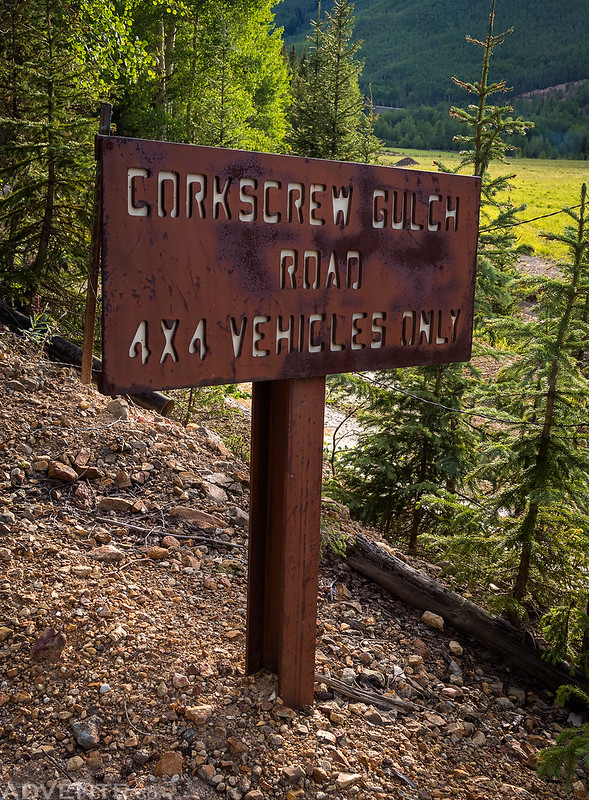 There was quite a bit of avalanche debris that had been cleared off to the sides of the road. 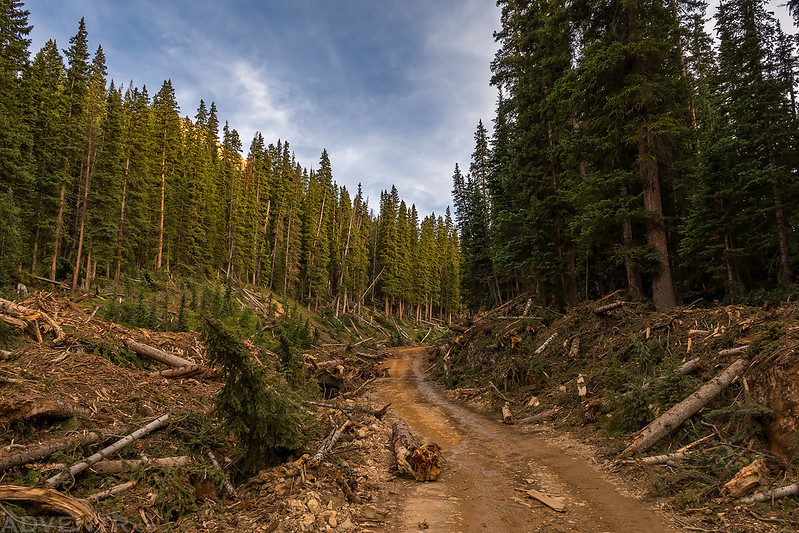 There was also a large snow drift along the road that would probably have kept it closed if it hadn’t been plowed. 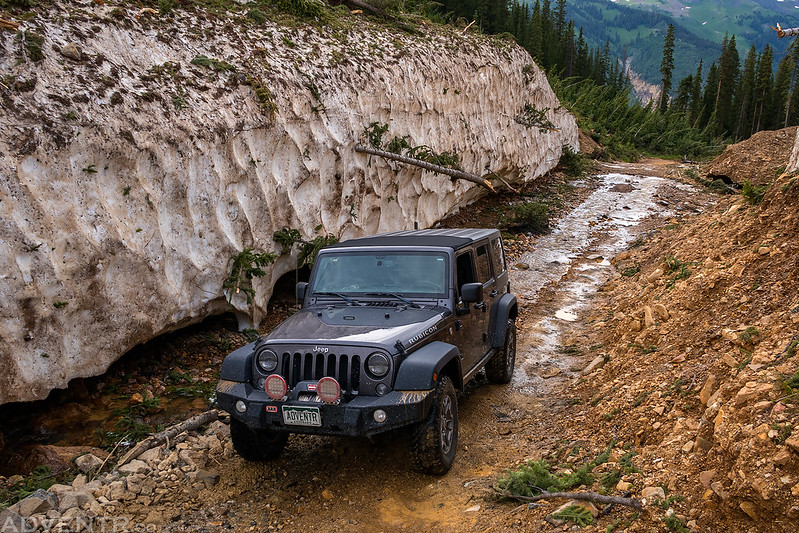 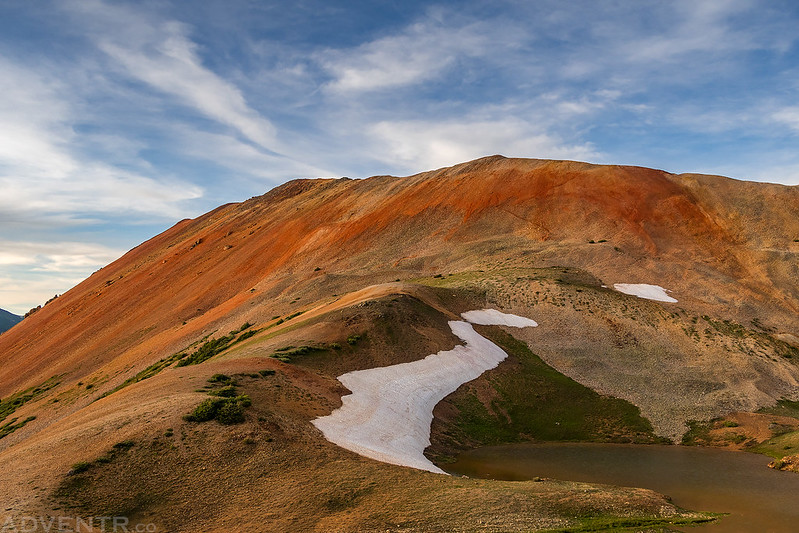 From the top of the pass there is a good view over to Velocity Basin and Storm Peak (13,487). 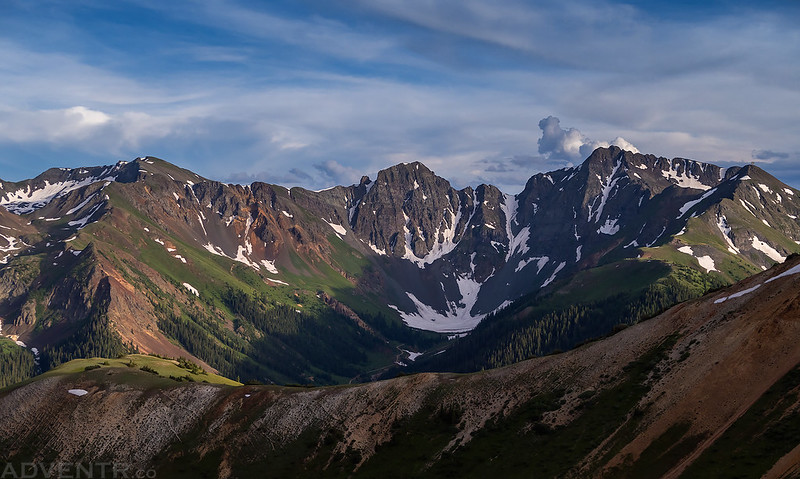 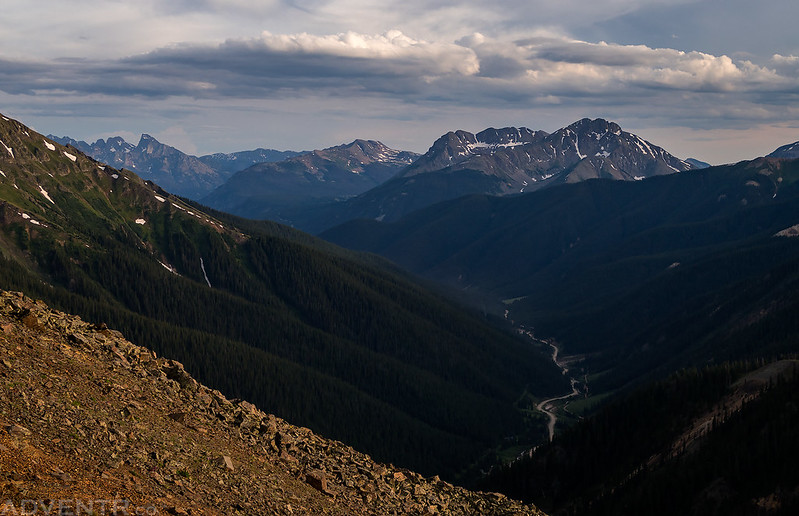 Warm light on my Jeep at Corkscrew Pass shortly before sunset. 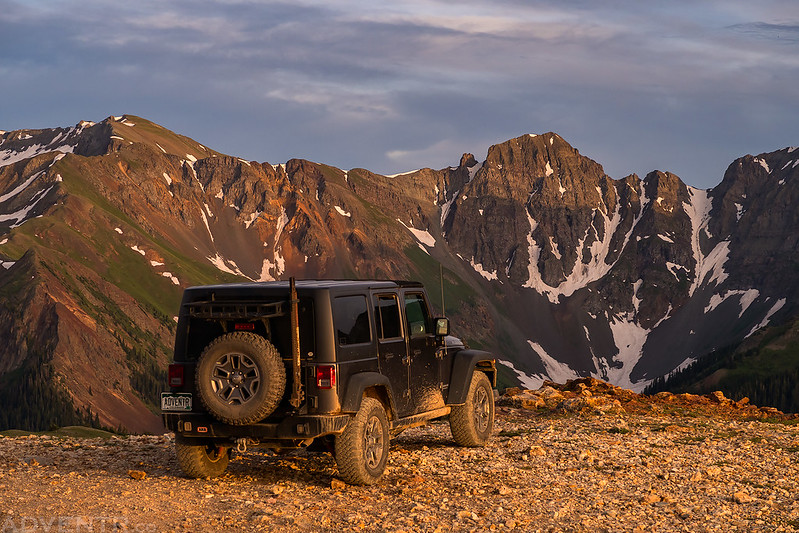 After sunset I spent the night up at Corkscrew Pass so I could get an early start in the morning without having to drive very far. Unfortunately, I had some trouble falling asleep and laid awake for a while watching distant lightning flashes in the sky to the east. Maybe it’s a good thing that I couldn’t fall asleep, because if I did I would have missed the huge and bright purple fireball meteor that streaked across the sky right above me and left a trail of smoke behind it! I had never seen anything like it before, and I’ve watched quite a few meteor showers over the years. It seemed so close, but maybe that’s because I was at over 12,000 feet? It was definitely an amazing sight to see! Afterwards I did eventually fall asleep and got some rest before sunrise.

I woke up before sunrise on Saturday morning to catch a little alpenglow on the Red Mountains before I started hiking. 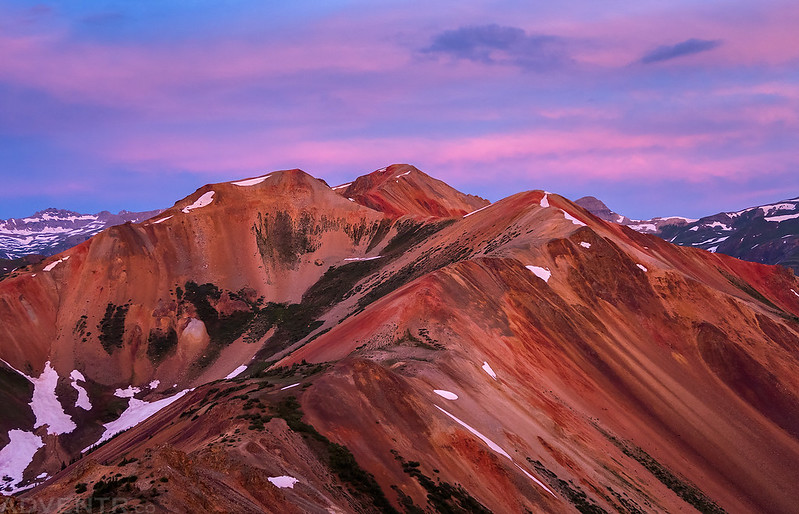 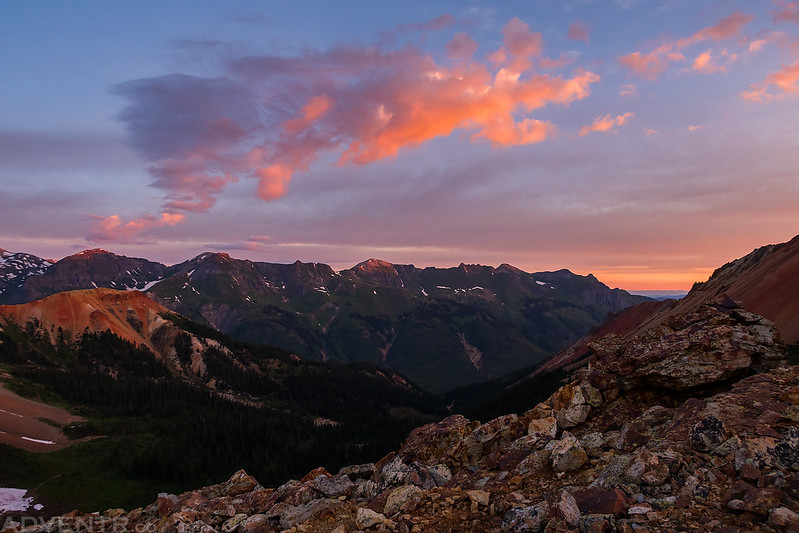 First light on Telluride Peak (13,509) over the ridge I would be traversing in a little while. 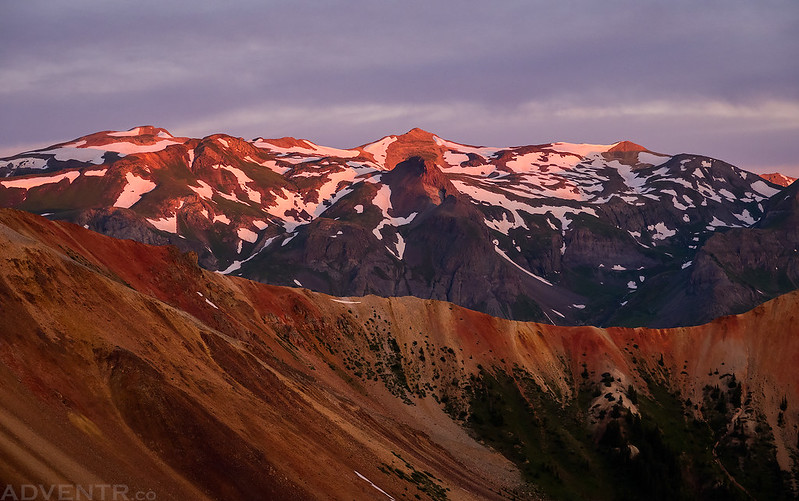 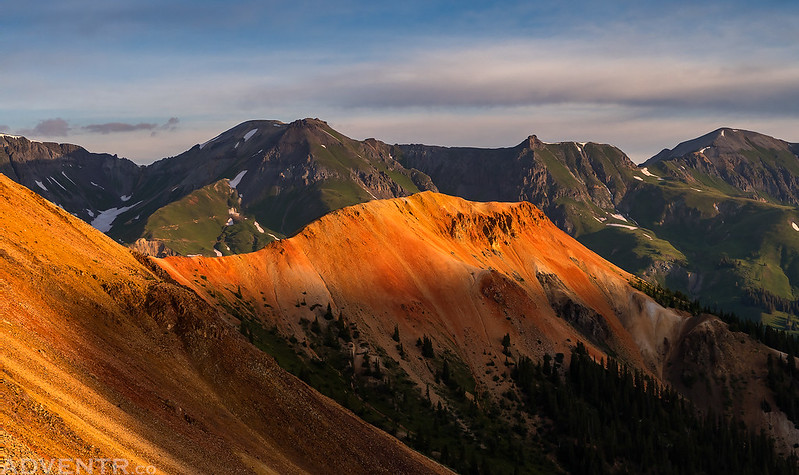 A morning view of Sultan Mountain and Grand Turk. 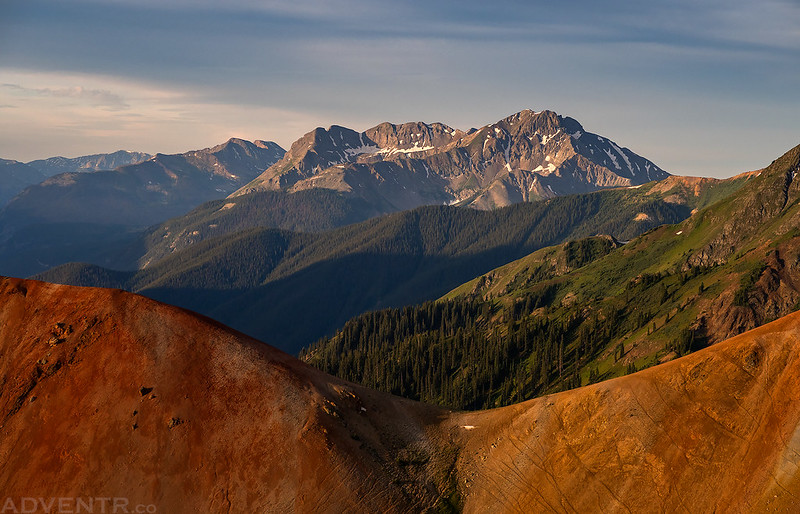 The Needle Mountains on the horizon. 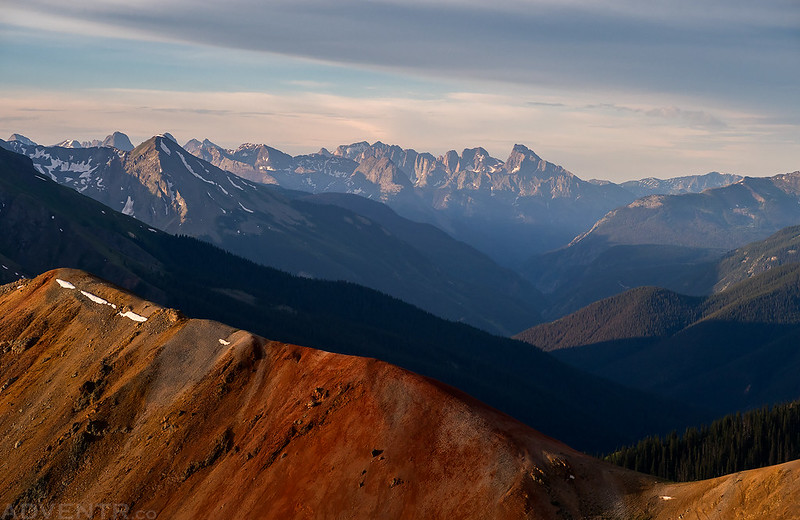 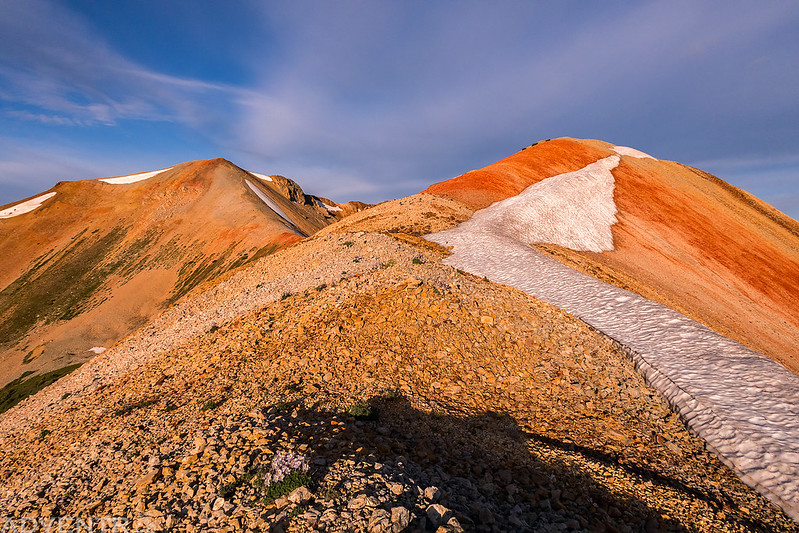 From the highpoint I just had to follow this ridge over to the summit. 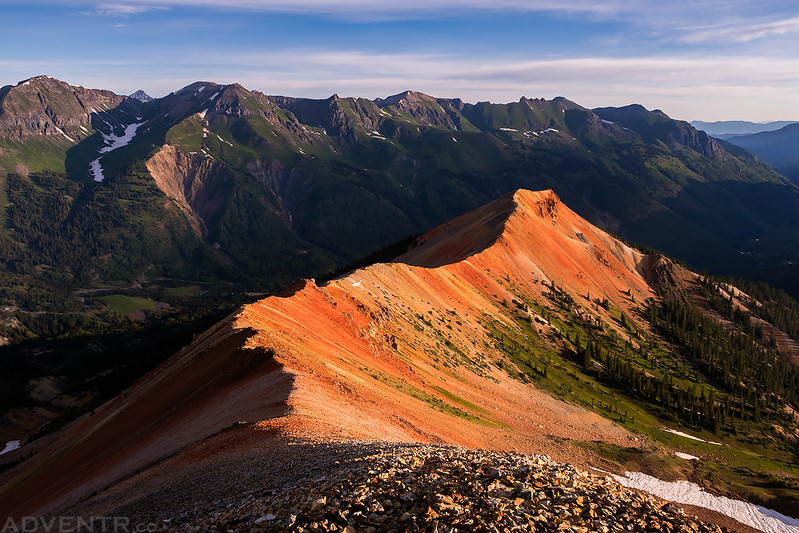 It was a fun hike along this ridge. 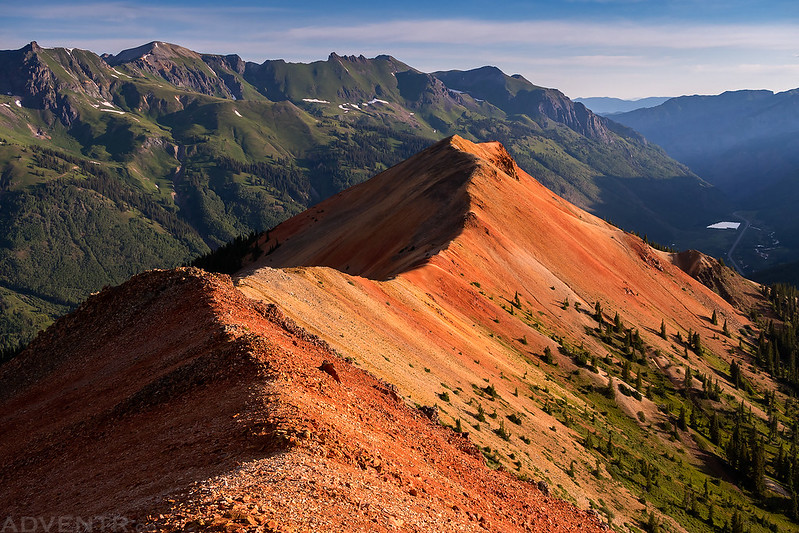 At the saddle looking up the final climb to the summit. 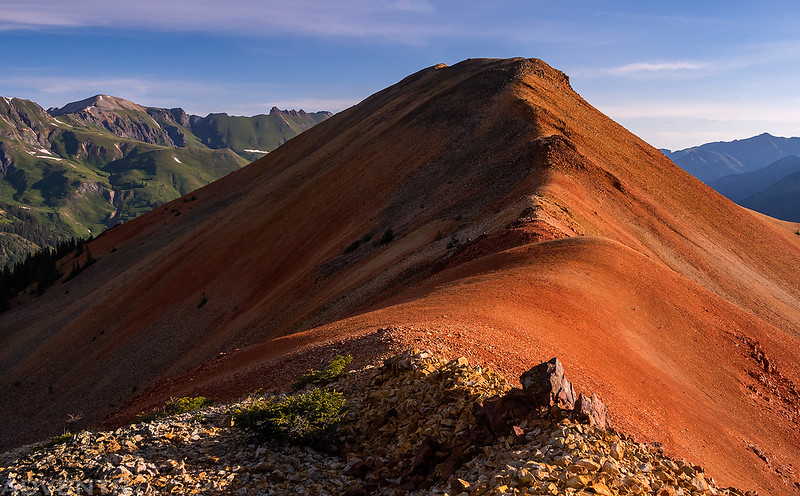 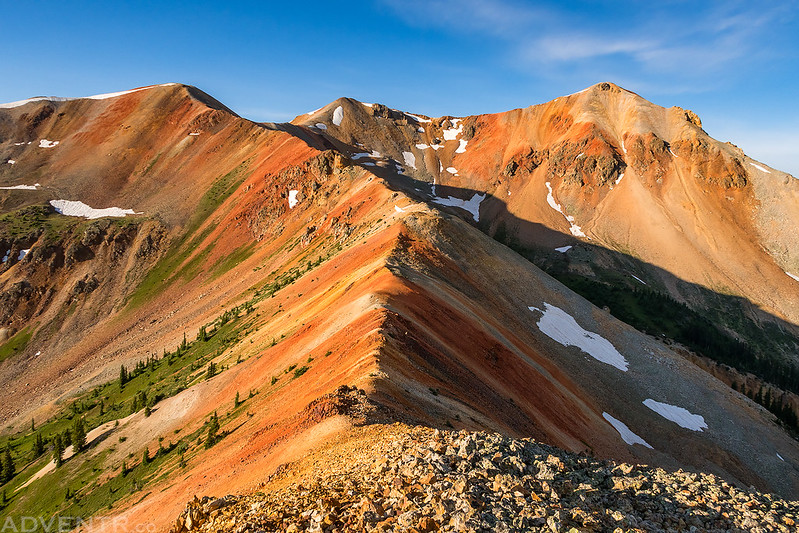 There wasn’t a view into Ironton Park from the actual summit, so I walked a little further to the end of the ridge. 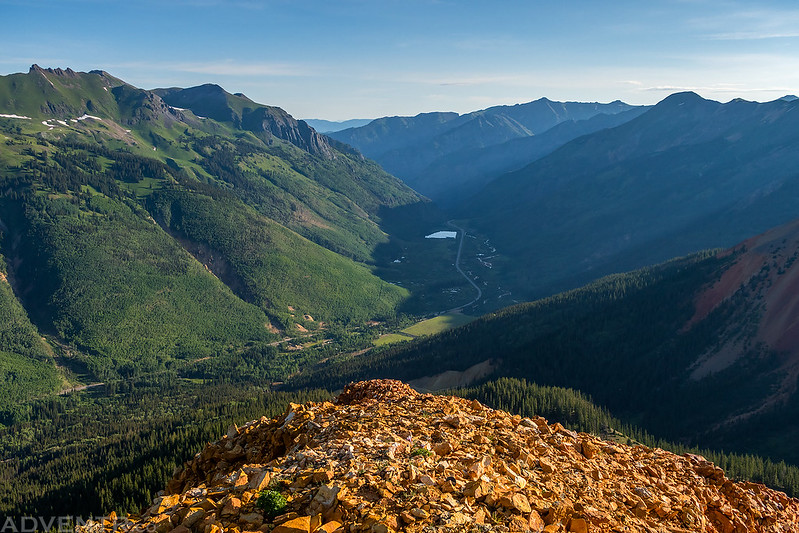 Looking over Dry Gulch to Storm Peak on my hike back. 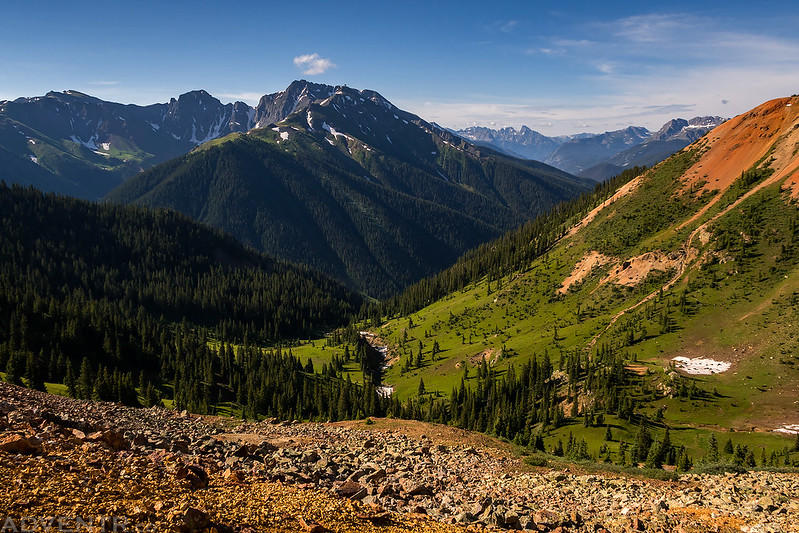 Clouds were starting to build over the surrounding peaks as I returned to the pass. 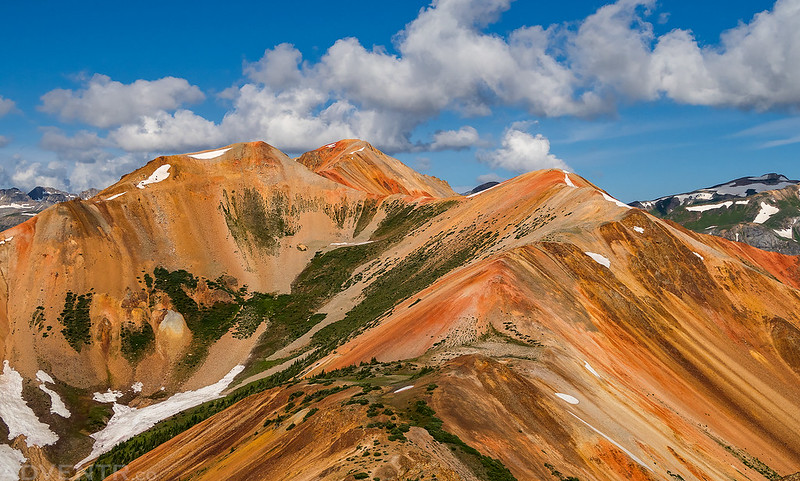 After returning to my Jeep I drove down to Cement Creek and Silverton before heading back home. It was a short but fun day in the mountains! 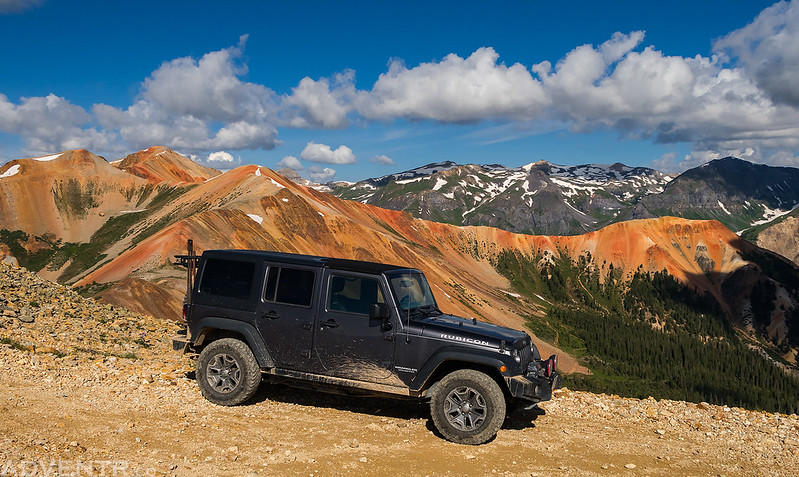