A view of the Flowing Park Reservoir from the trailhead. 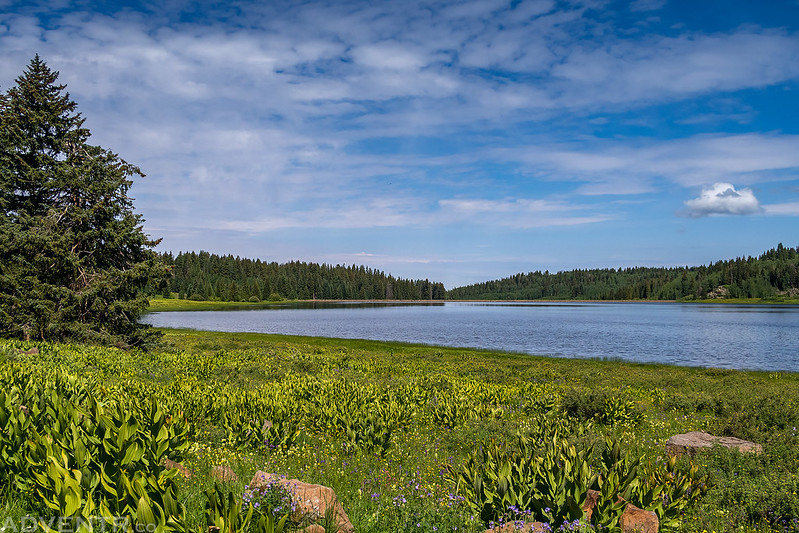 Diane riding across the top of the Grand Mesa, which is considered the largest flat-topped mountain in the world. 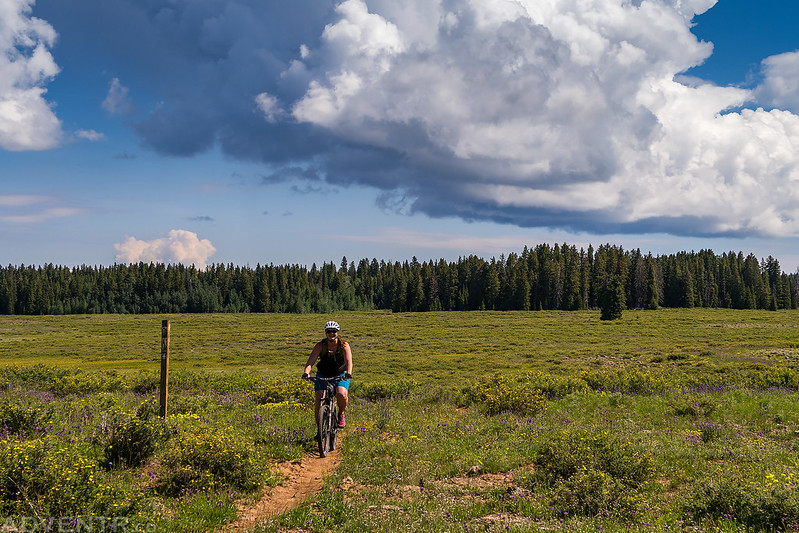 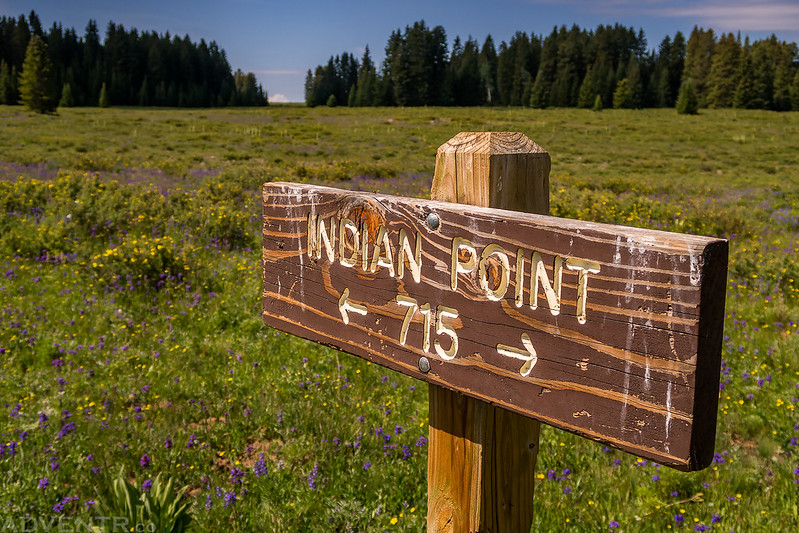 Riding through a field of wildflowers. It turned out to be a real ‘wildflower ride!’ 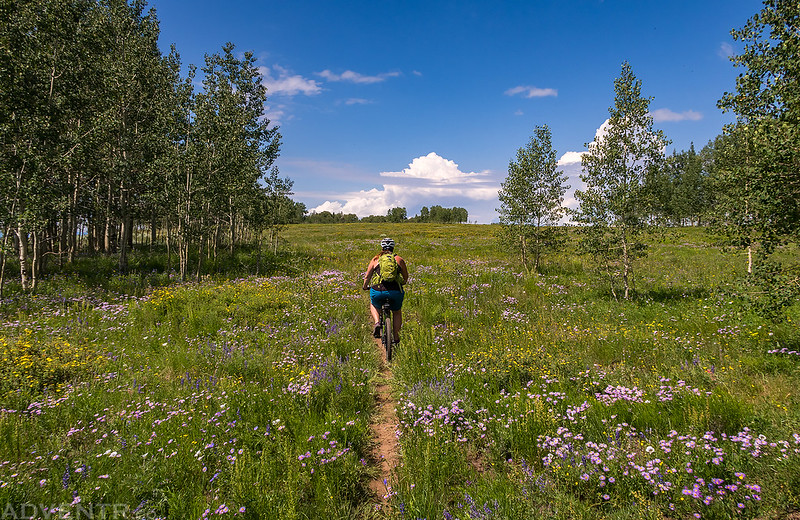 Riding along the rim of the Grand Mesa offered us plenty of far-reaching views. 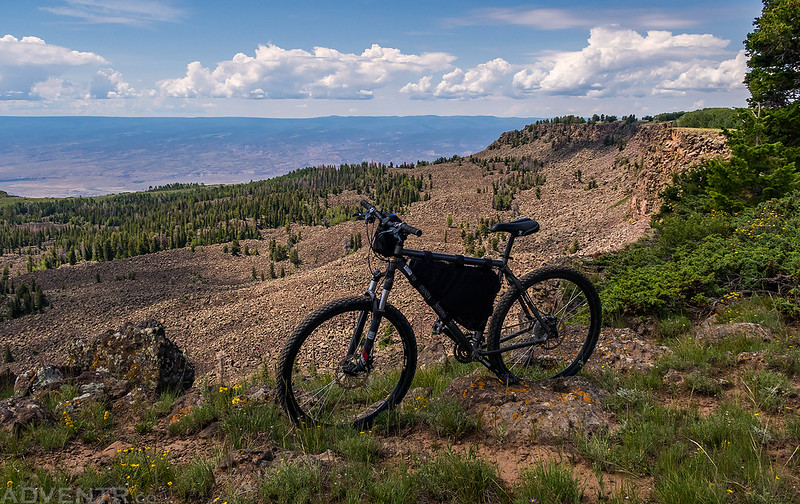 We hiked out to the rocky tip of Point Peninsula and had a snack while we enjoyed the view. 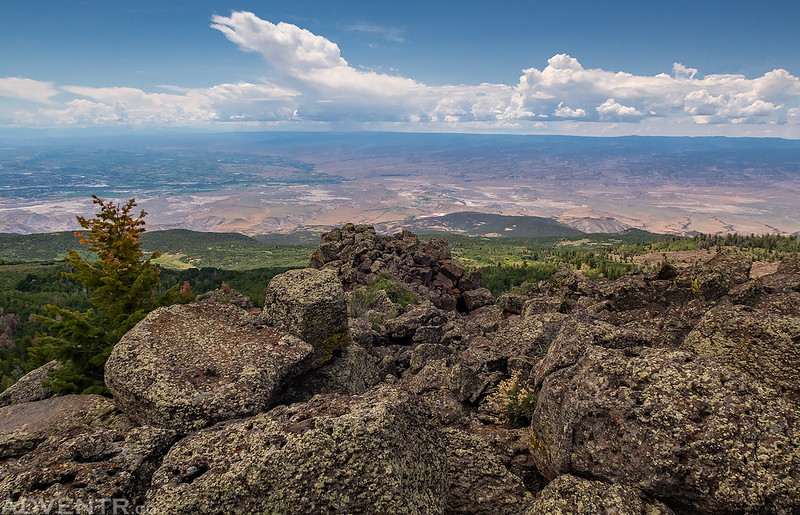 Looking west from Point Peninsula over to the Uncompahgre Plateau and Big Dominguez Canyon with the La Sal Mountains barely visible on the horizon. 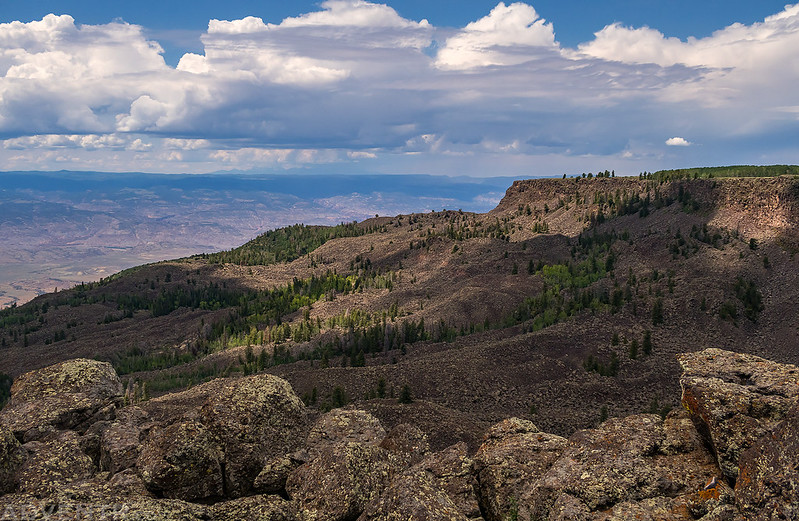 Spotlight on the rim of the Grand Mesa with storm clouds moving in. We heard a few rumbles of thunder while we were at the point and knew it was probably time we started heading back. 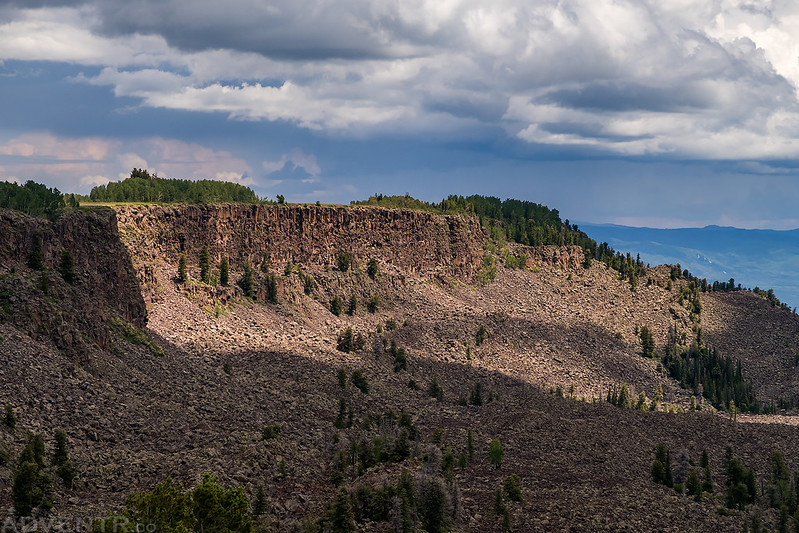 Following the trail back along the rim. 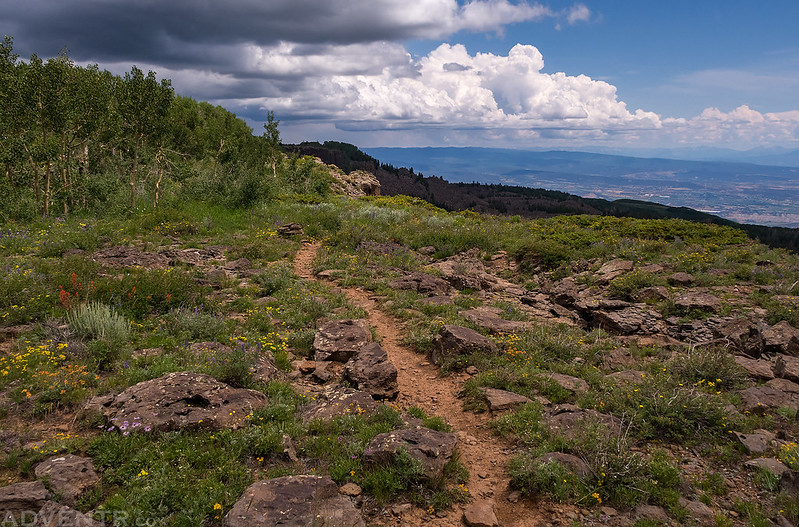 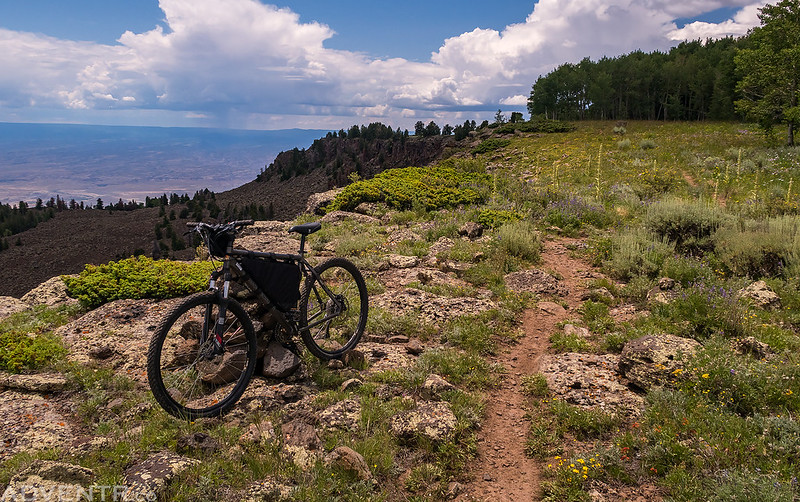 The wildflowers were abundant along the trail, so I stopped for a closer look. 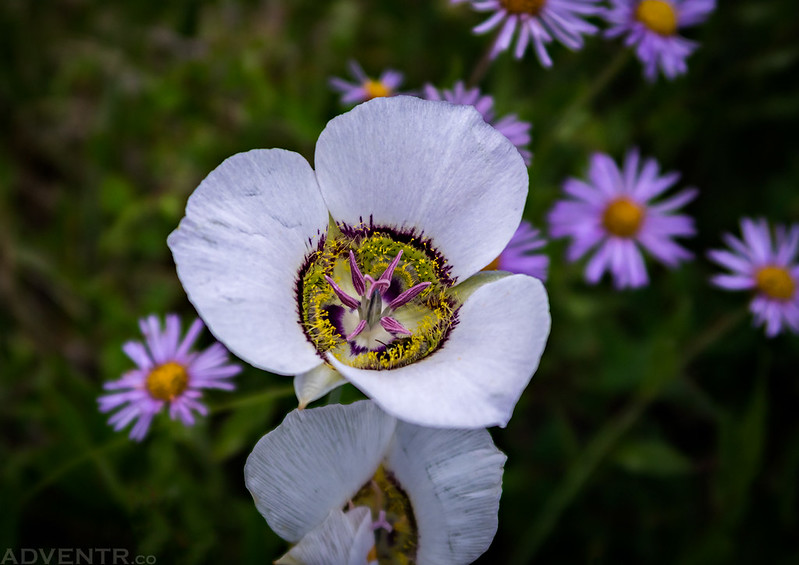 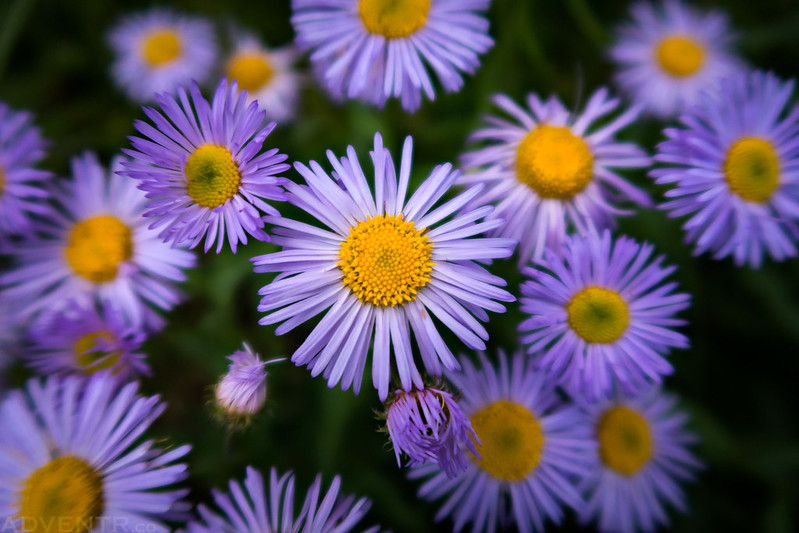 Diane enters a grove of aspen trees ahead of me. 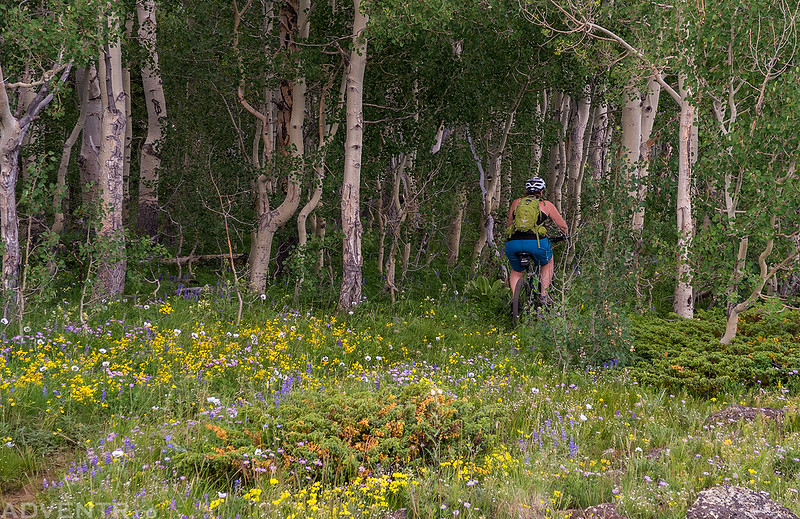 During our ride back the clouds grew darker and filled the sky. 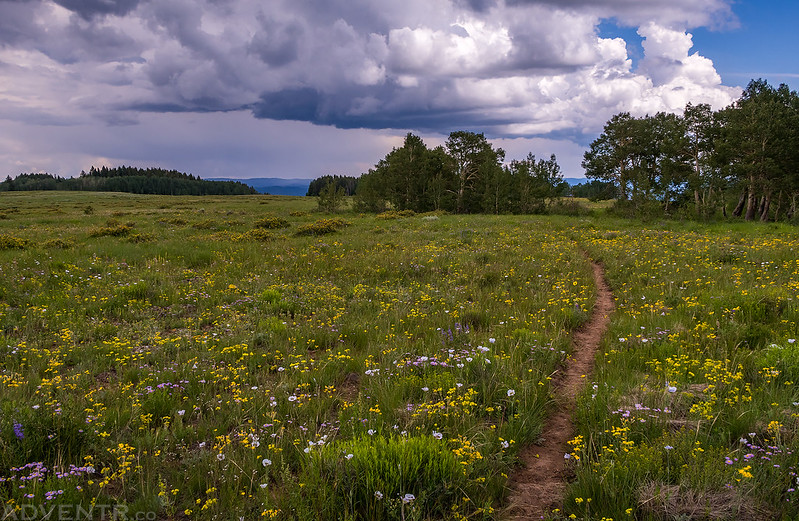 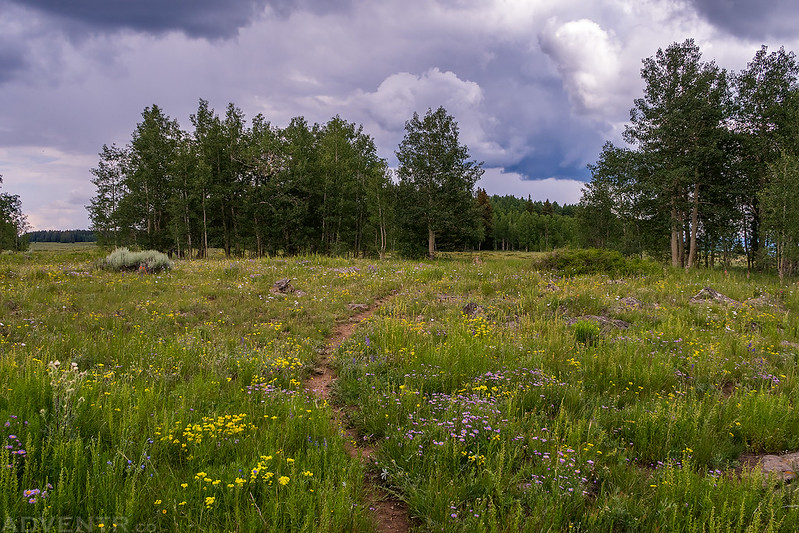 Back to the Flowing Park Loop intersection just before it started to rain. 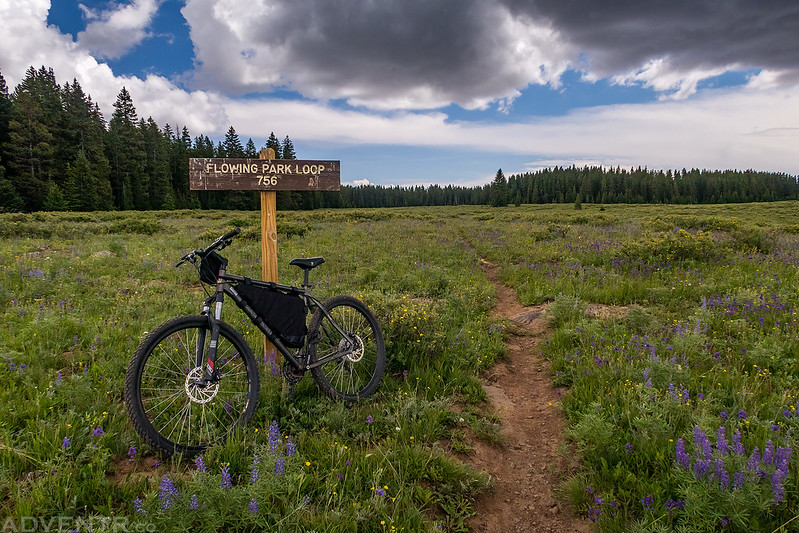 We rode through a rainstorm during the last few miles back to the trailhead and got soaked! 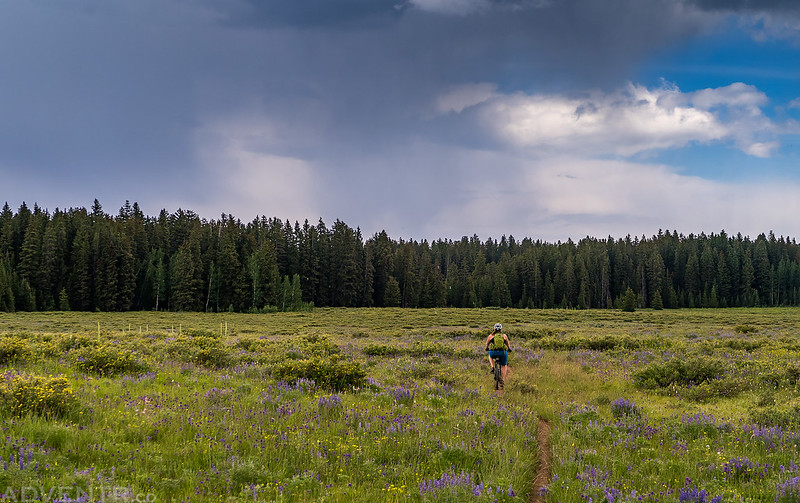 When we reached my Jeep it started to rain even harder than it had been. 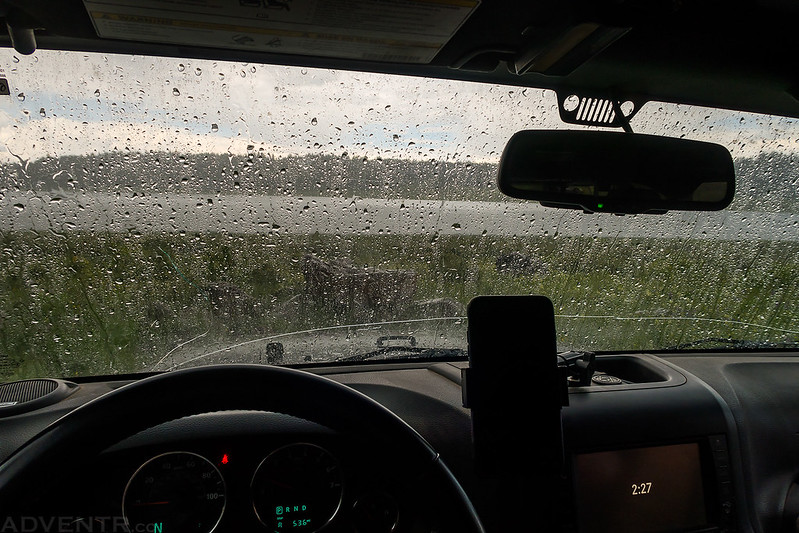