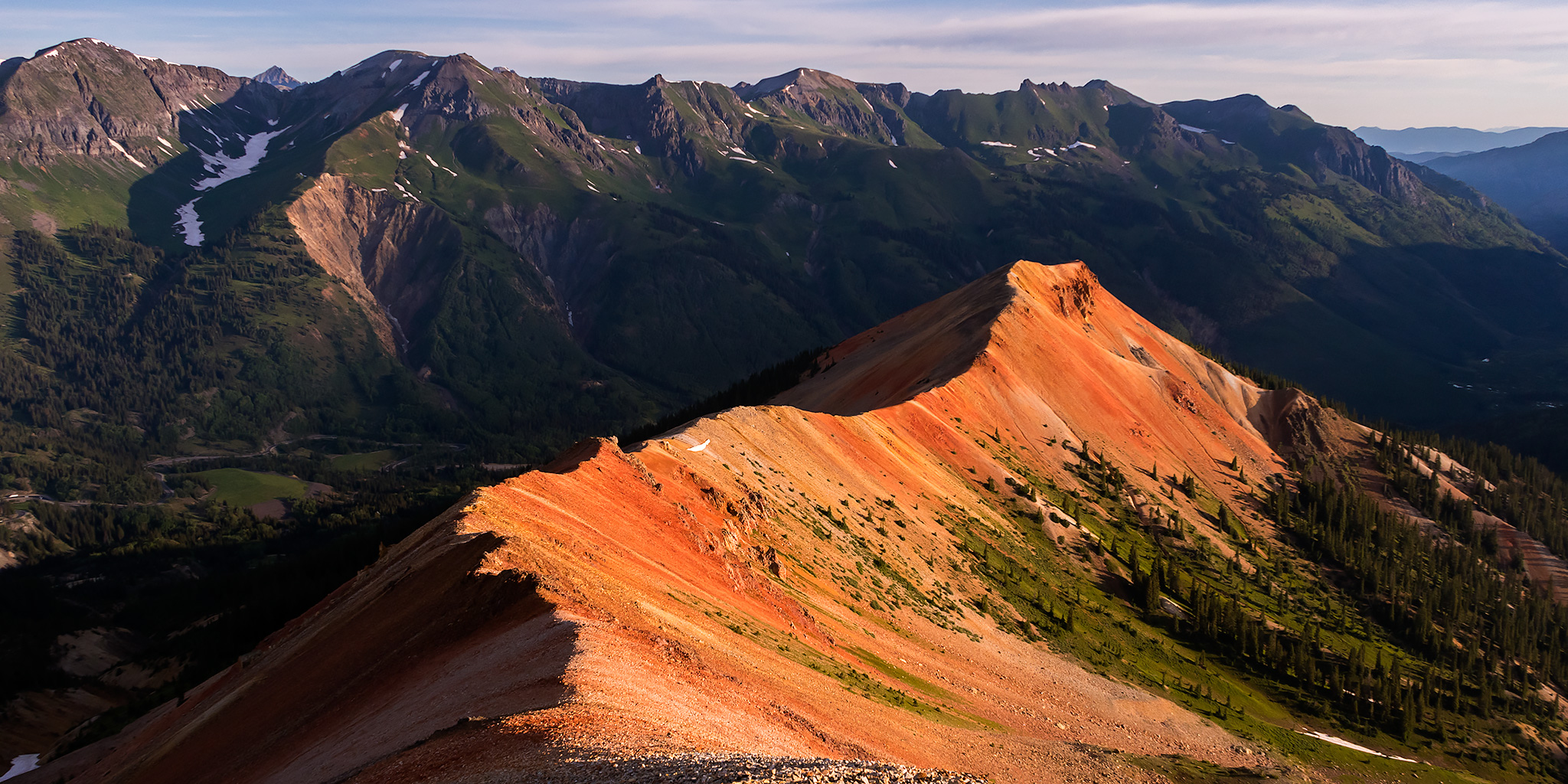 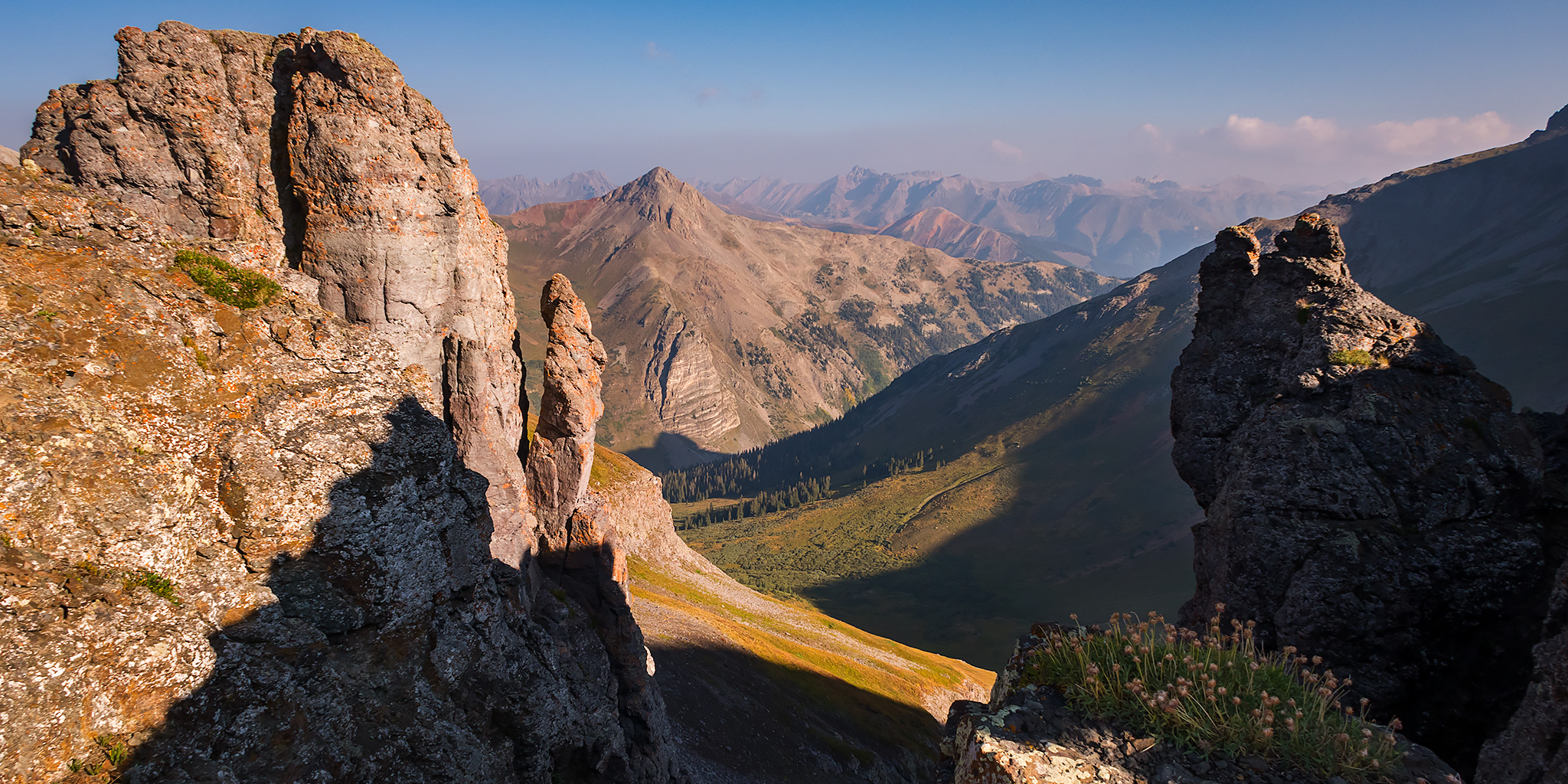 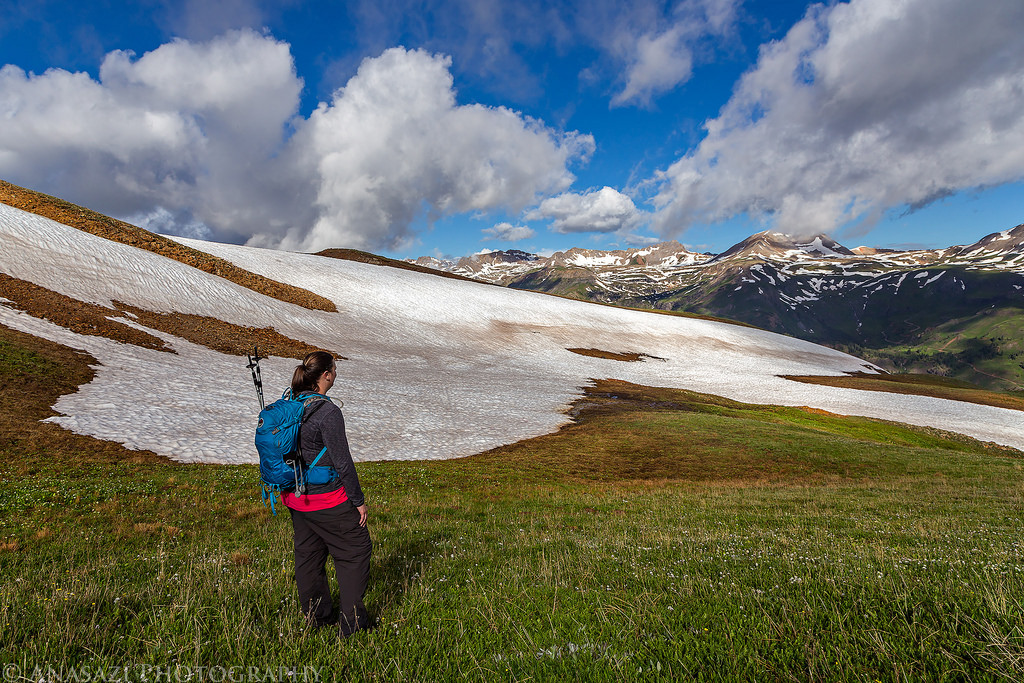 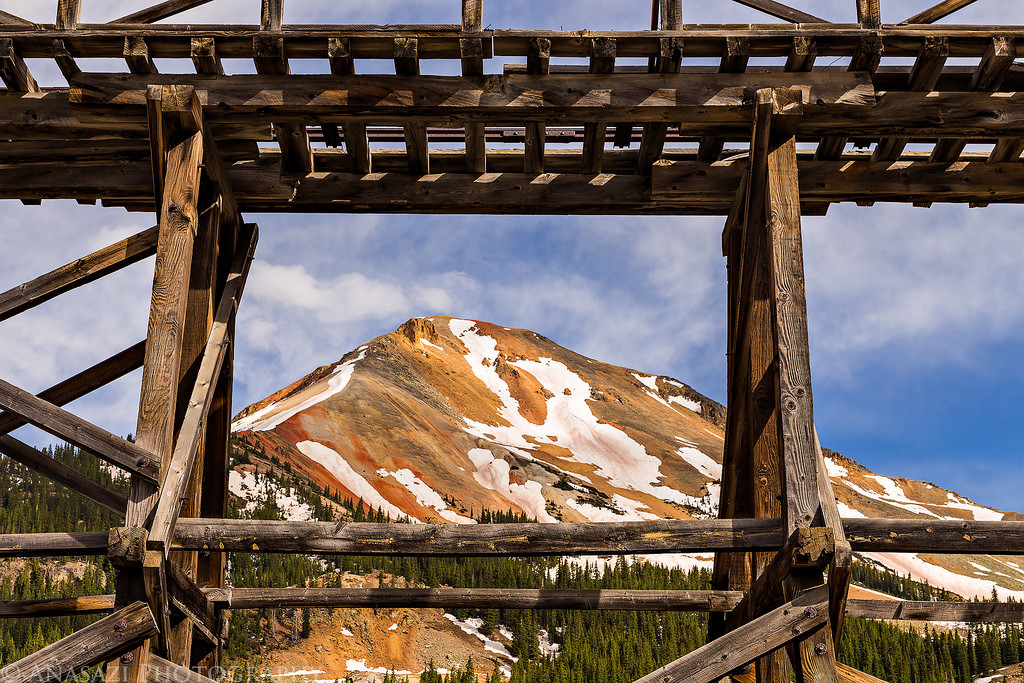 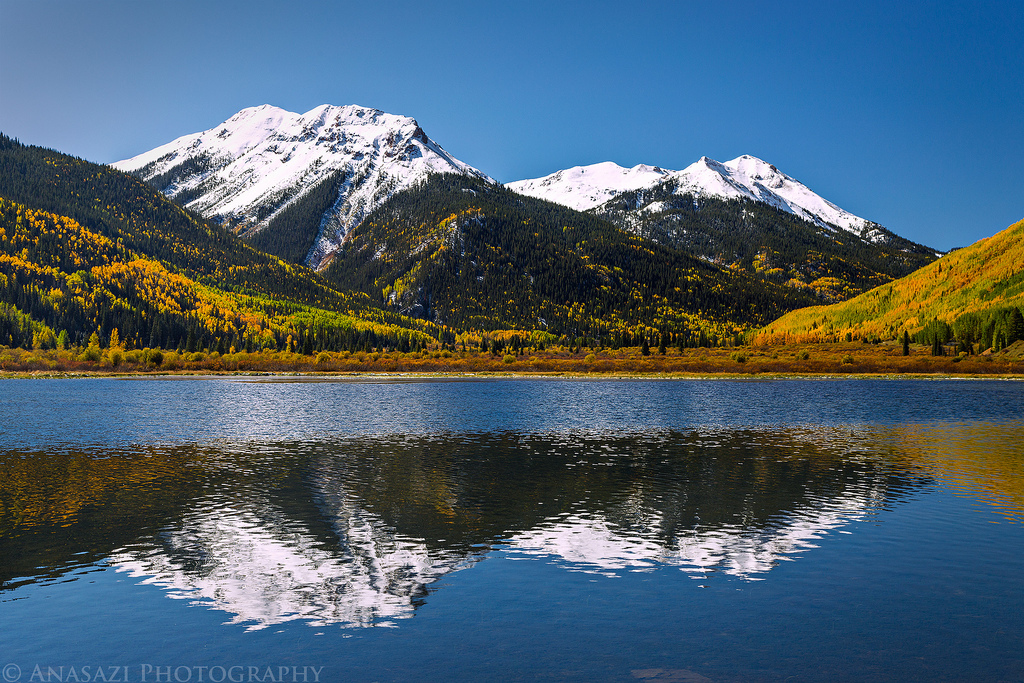 Getting out on the last weekend of September to check out the fall colors in Colorado is kind of a tradition of mine, and this year would be no different, even if the colors are a little behind this year. On Saturday, Kelly and I headed up to the San Juan Mountains between Ouray and Silverton for a day trip just to see how the colors were. We found the best color between Ouray and Red Mountain Pass with the best display around Ironton Park and Crystal Lake. Lucky for us, a recent storm had capped the surrounding mountains with fresh snow, too! We spent the morning hiking around Crystal Lake and taking plenty of photos.