Diane bundled up at the Monument Canyon Trailhead and ready to start hiking. 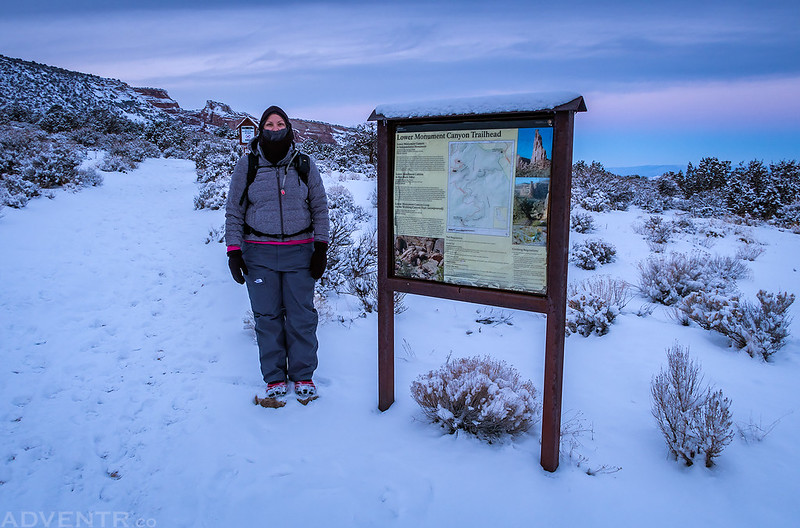 Following the Wedding Canyon Trail through the snow along the boundary of the Monument. 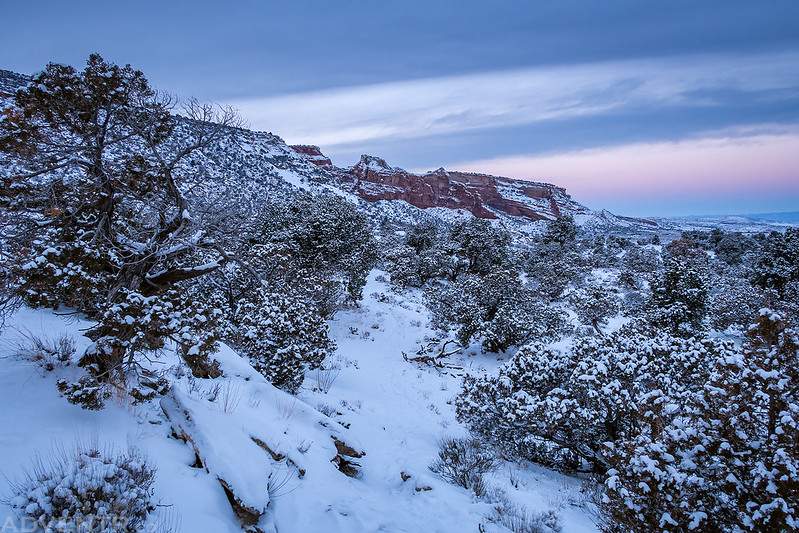 There was a touch of magenta in the sky over the Grand Valley shortly before sunrise. 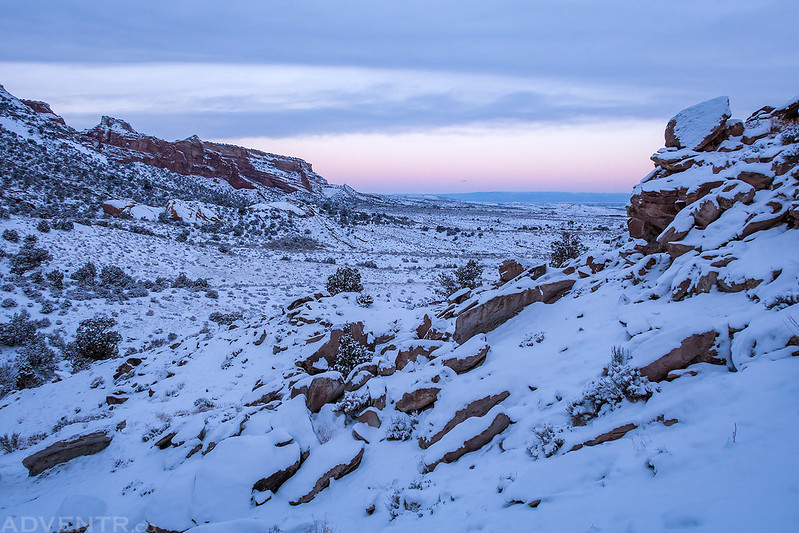 Diane stopped for a quick photo before descending the first switchback. 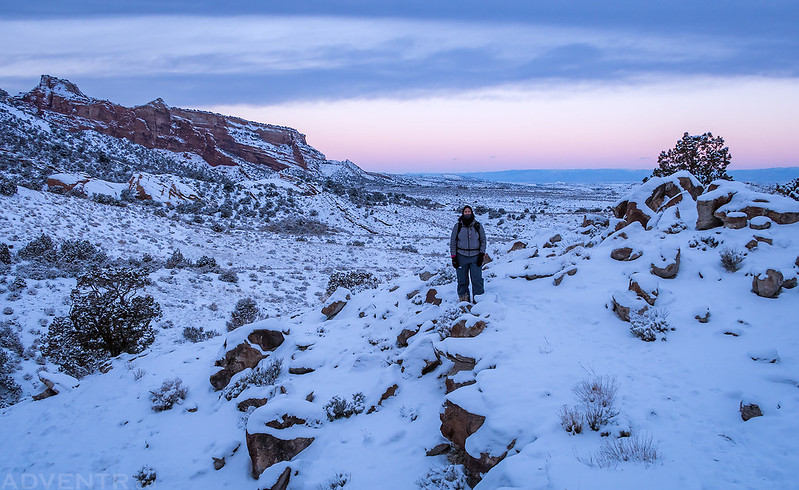 Hiking through a snow-covered pinyon and juniper forest. 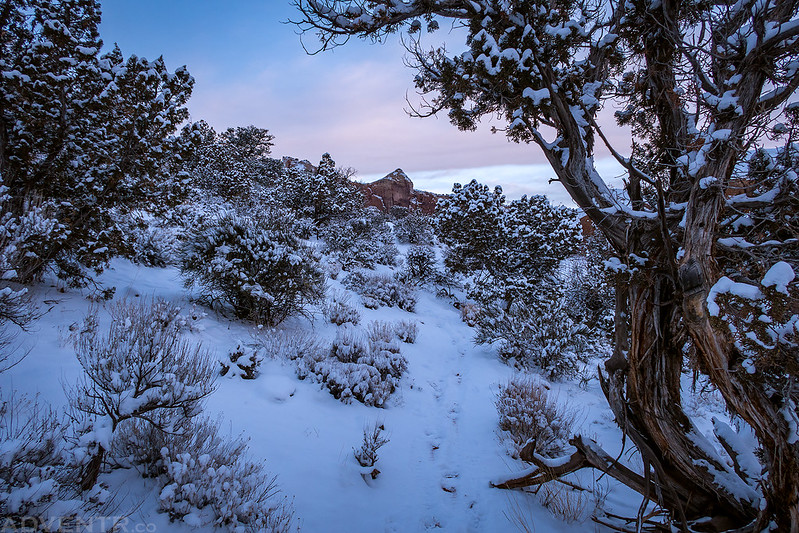 Diane starting the climb up into Wedding Canyon ahead of me. 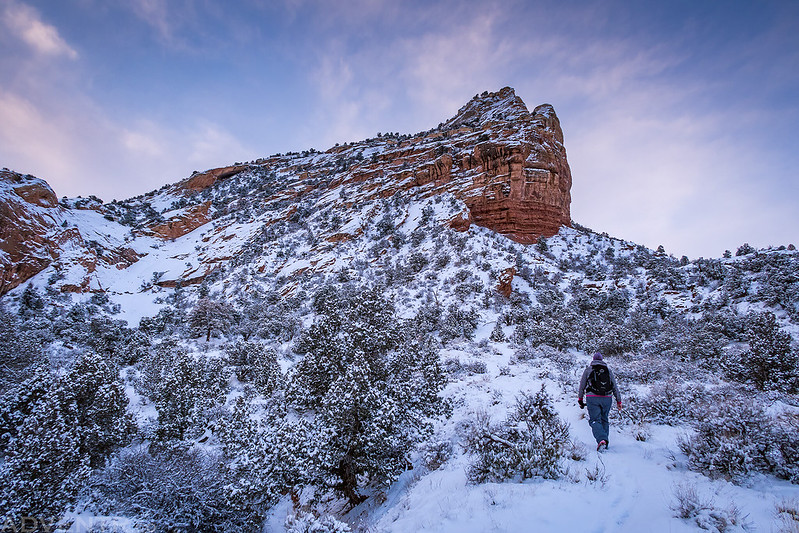 A nice view over the Grand Valley from the mouth of Wedding Canyon. 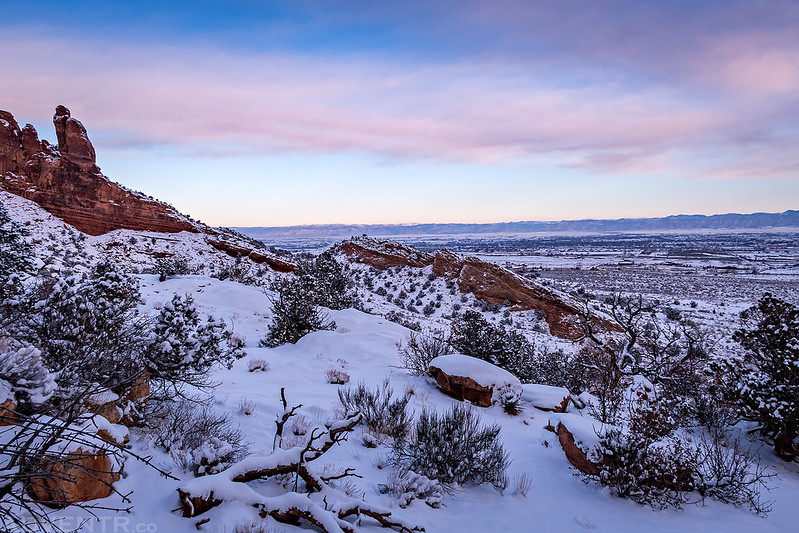 Looking up to the Sentinel Spire and Book Cliffs View. 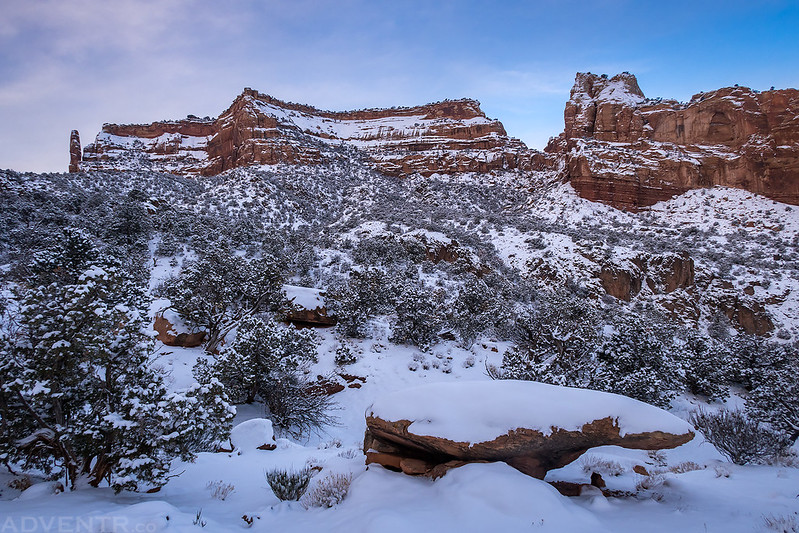 Hiking below the sheer cliffs of The Island. 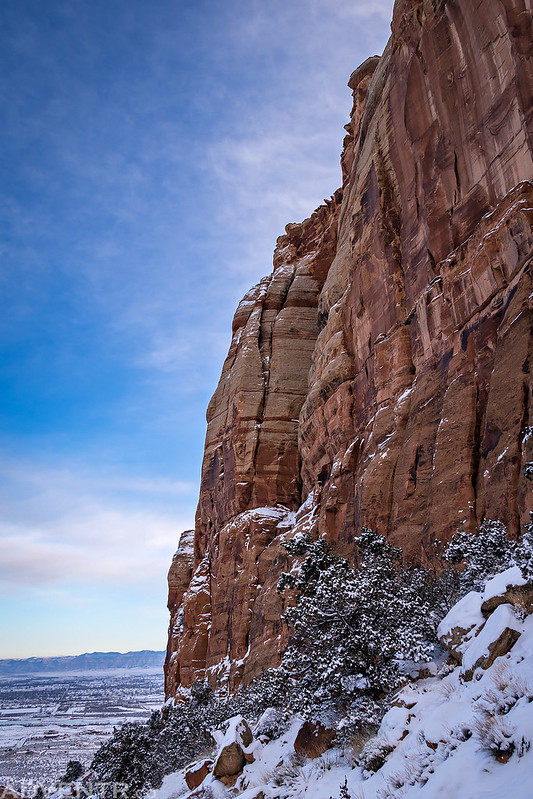 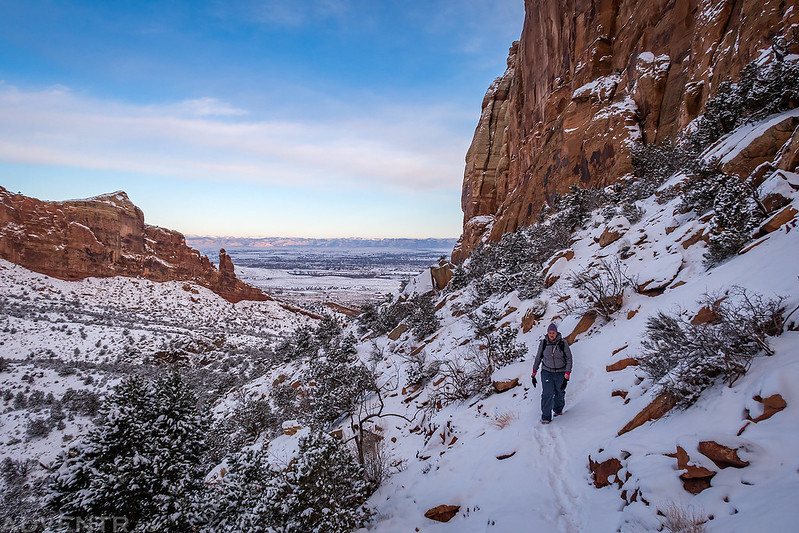 We were just about to the halfway point of our hike when we got this view of Independence Monument. 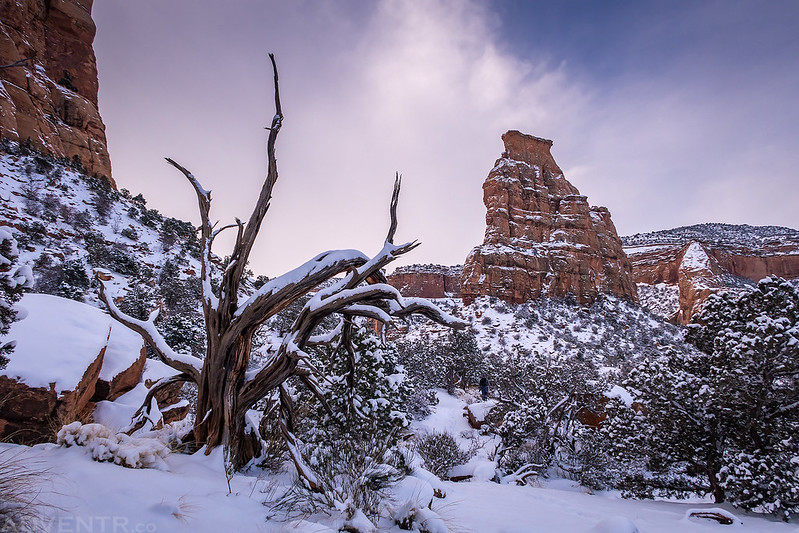 When we arrived at Independence Monument we found that someone had brushed the snow off this inscription, which is part of the Declaration of Independence that was carved by the fiance of John Otto. The snow that was left in the carved letters made it much easier to see than it normally is. 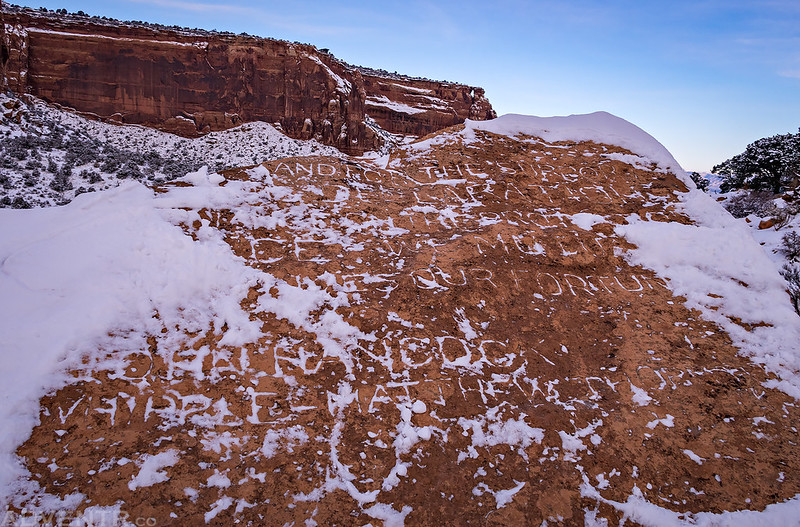 Looking straight up at the western tip of The Island. 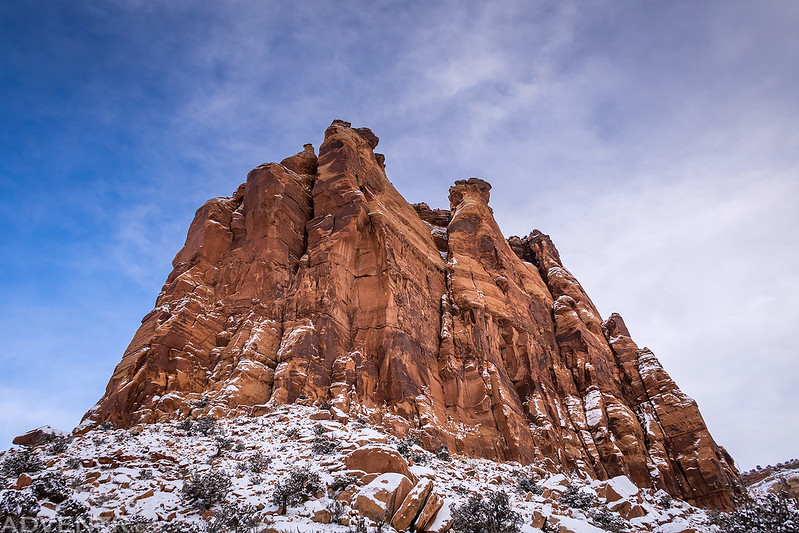 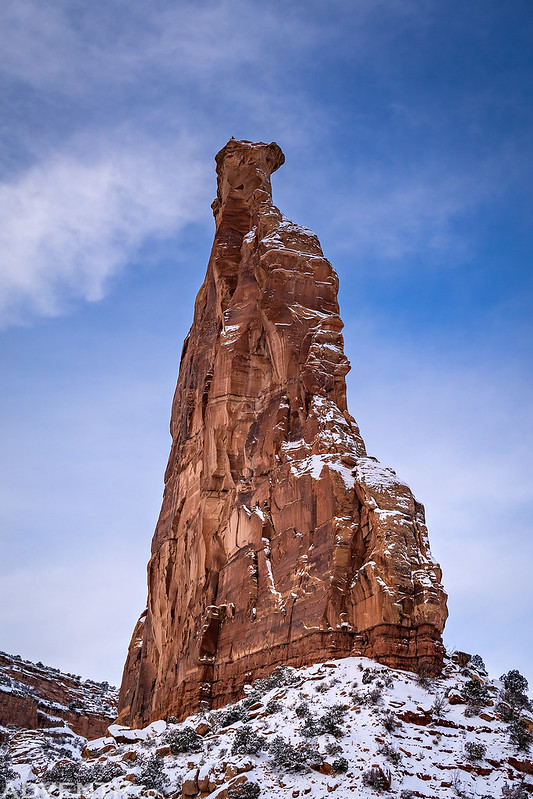 One last look back at Independence Monument as we hiked down Monument Canyon. 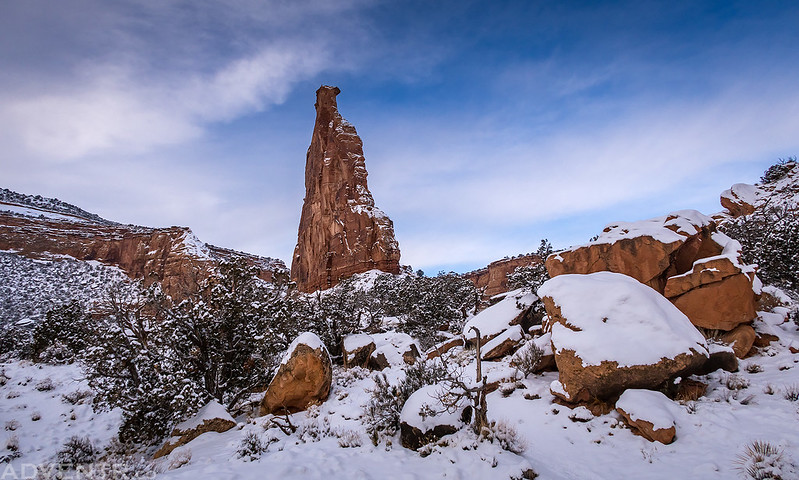 About halfway back to the trailhead we passed the first people we would see all day, plus a large group of bighorn sheep just below the trail. 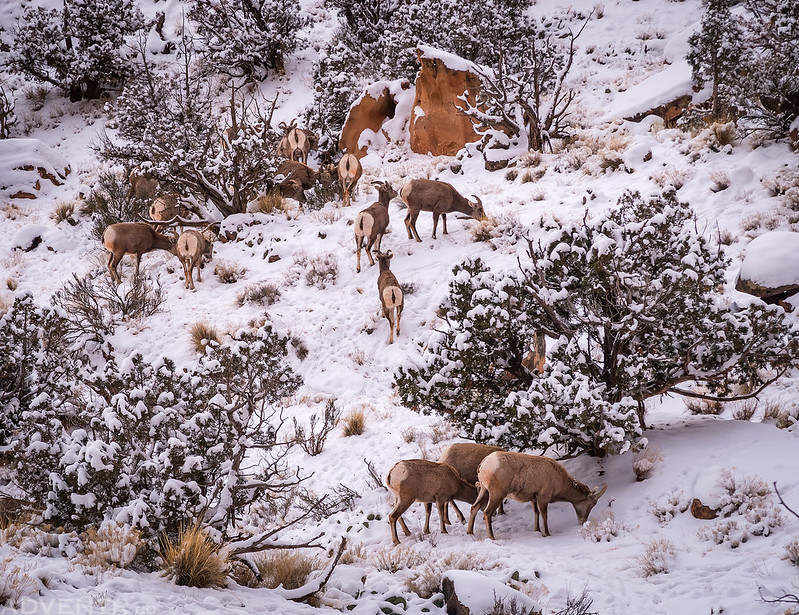 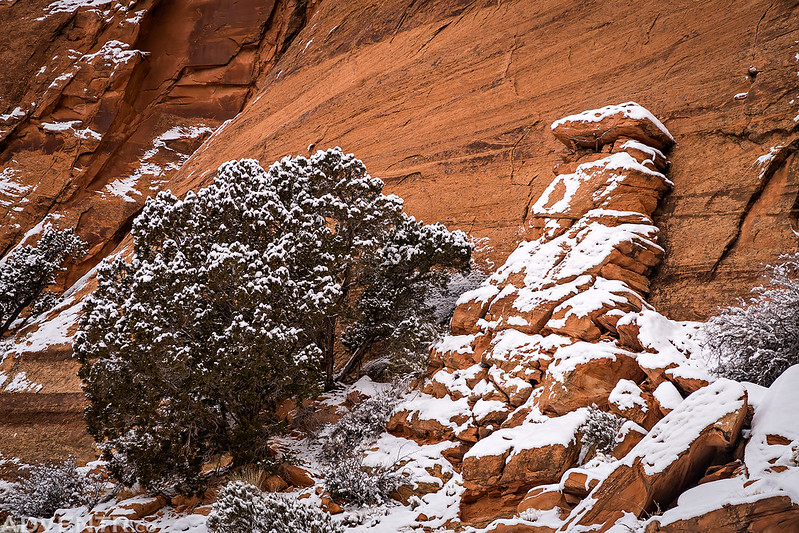 Snow on the steps of the lower Monument Canyon Trail. 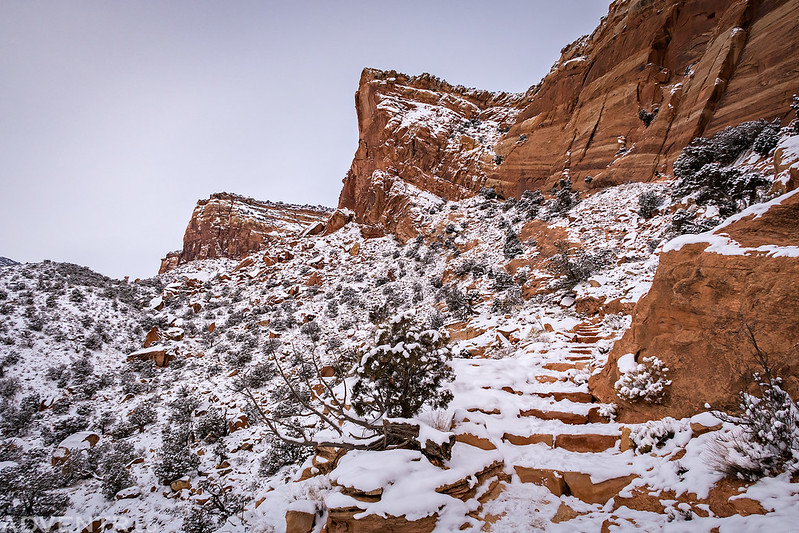 After returning to my Jeep we drove back home and warmed up in the hot tub for a little while before we headed back into Utah and met up with our friend Jared so we could spend the evening in Arches National Park.