A view into the Pomeroy Lakes Basin with Pomeroy Mountain (13,139) to the right of center. 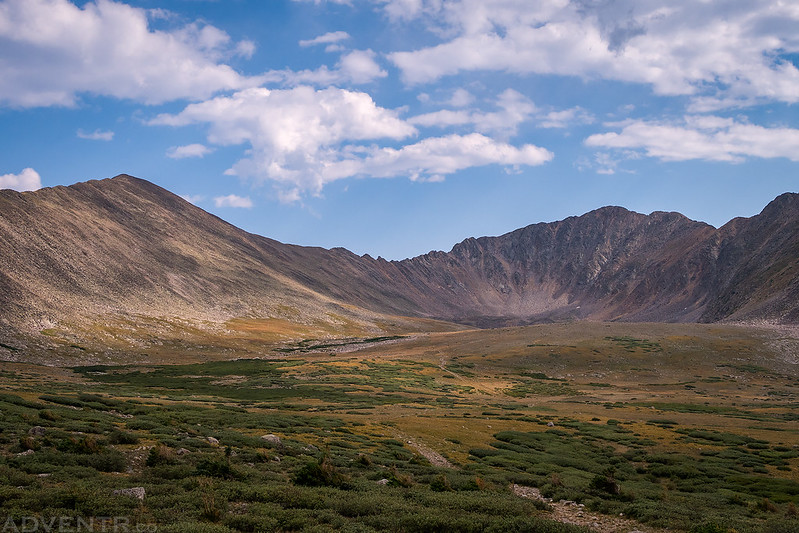 Looking the other direction to Chrysolite Mountain (12,830). 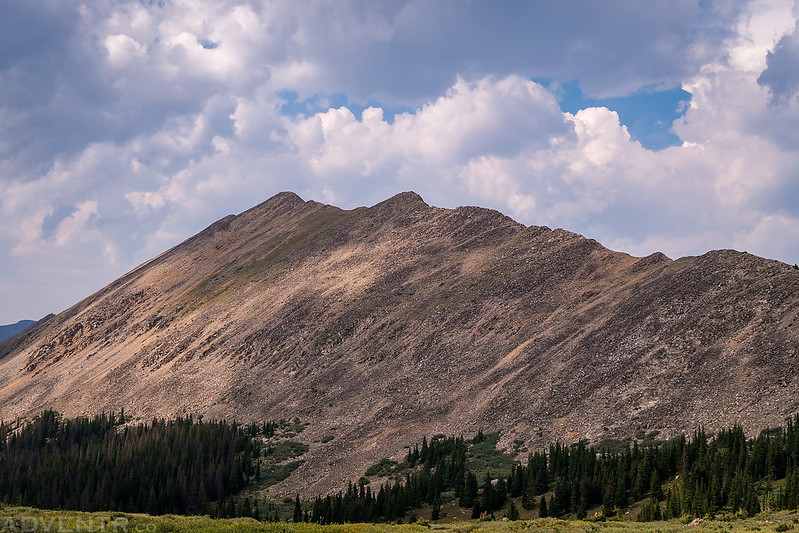 A pretty nice overlook of Grizzly Lake in Grizzly Gulch with Mount Yale (14,196) on the horizon. Mount Mamma (13,634) is in the spotted light on the right side. 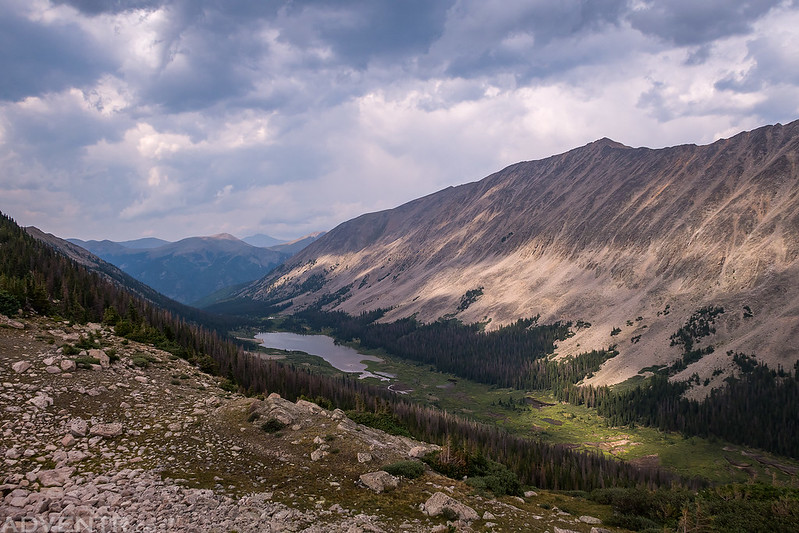 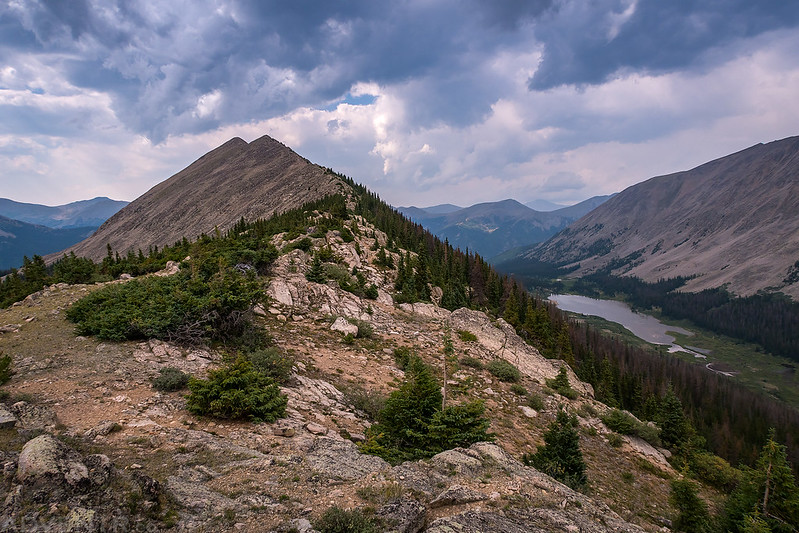 After returning to my Jeep I drove back down past the Mary Murphy Mine and then followed the Hancock Lakes Road to its end where I stopped to have dinner before finally driving over Hancock Pass. I must say, I’ve driven over Hancock Pass a number of times in the past, but it was really in rough shape this time. There were some pretty tricky sections to negotiate that definitely required high clearance and low range. The west side of the pass was in a little bit better shape, but there was one big ledge at one of the switchbacks that was trouble. As I was following the Alpine Tunnel Road above Middle Quartz Creek in search of a campsite, it started to rain shortly before sunset. Since I drove a few miles without finding a decent campsite along this road, I turned around and found a spot closer to Hancock Pass in Brittle Silver Basin after dark and went right to bed.

Driving past an old mining structure near the Mary Murphy Mine on the way back down. 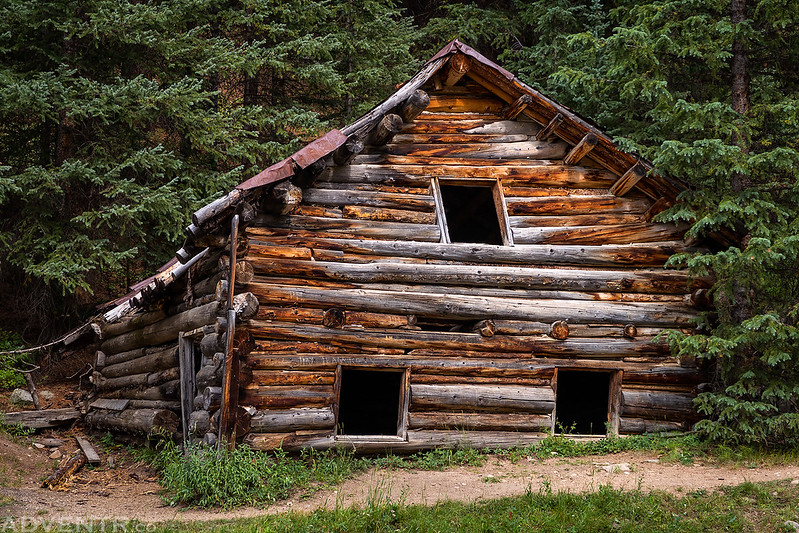 Headed to the Hancock Lakes Trailhead on the Continental Divide Trail with Sewanee Peak (13,132) above. 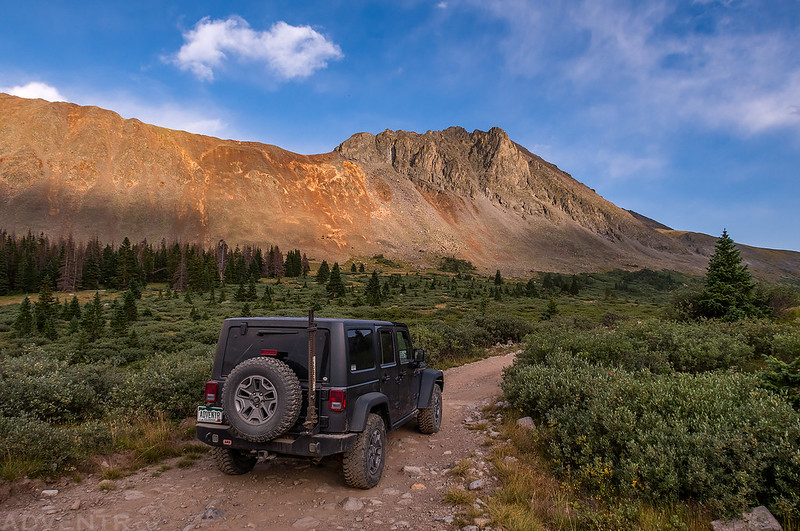 Nice light on an unnamed peak above the Hancock Lakes Basin. 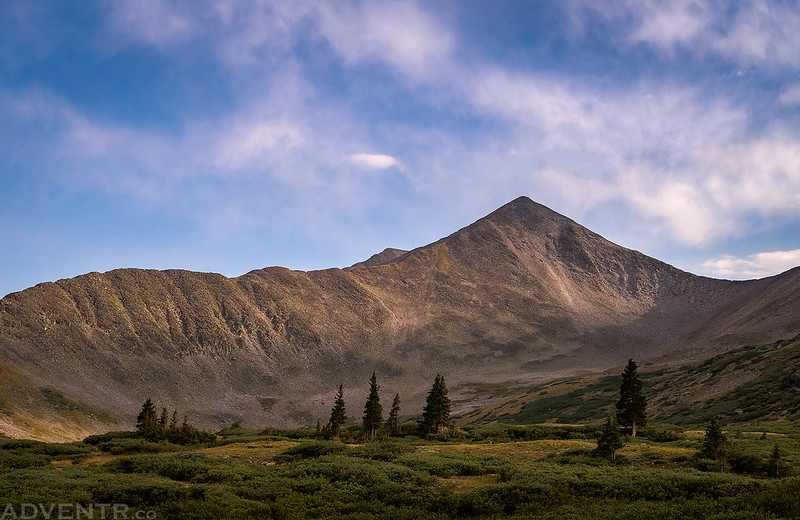 After driving over Hancock Pass and following Middle Quartz Creek down toward Pitkin on the other side, it started to rain. 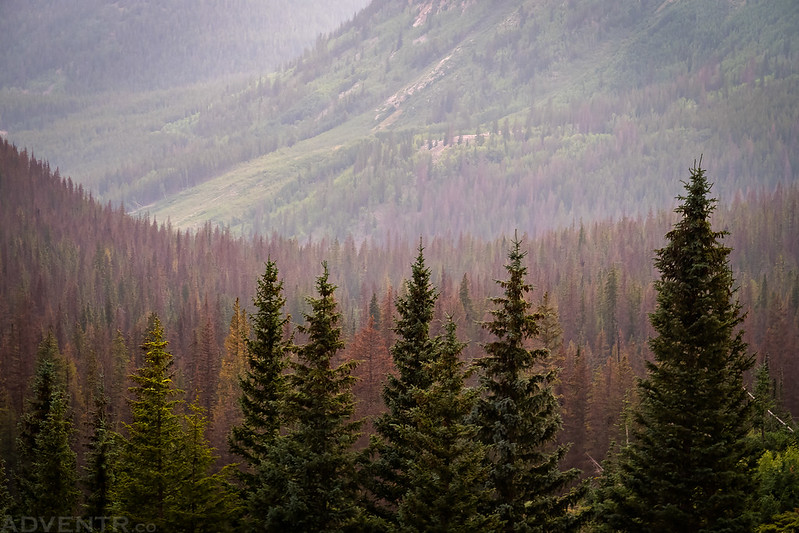 Nice light at sunset as I followed the old railroad grade. 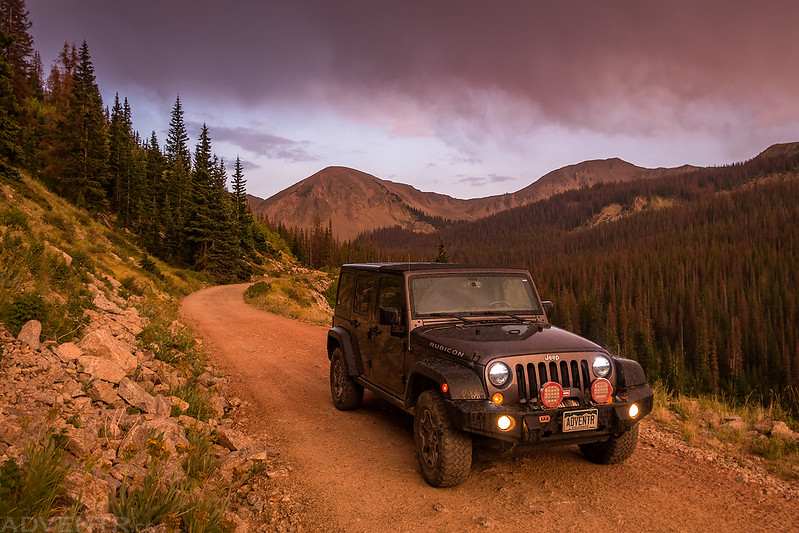 A quick stop at the Williams Gulch Water Tank. 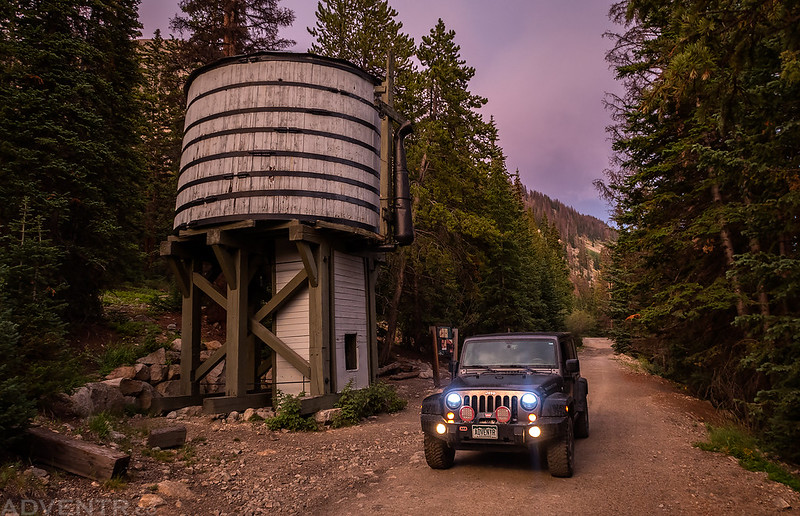 Just a little bit of color above the mountains at sunset. 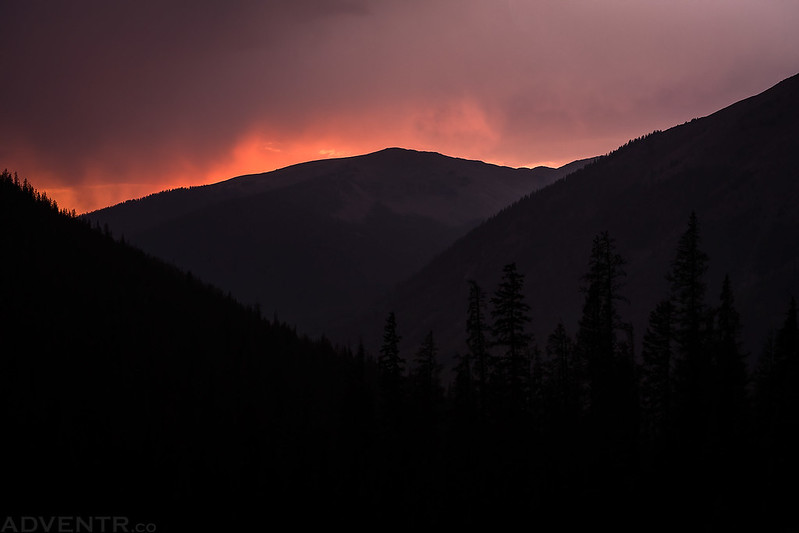 On Thursday morning I woke up about an hour before sunrise, packed up my camp and drove back up to Hancock Pass. From the pass I hiked to the summit of Mount Chapman at sunrise and then followed the Continental Divide over to Mount Arps, which is located just above Williams Pass.

Up at Hancock Pass on the Continental Divide before sunrise. 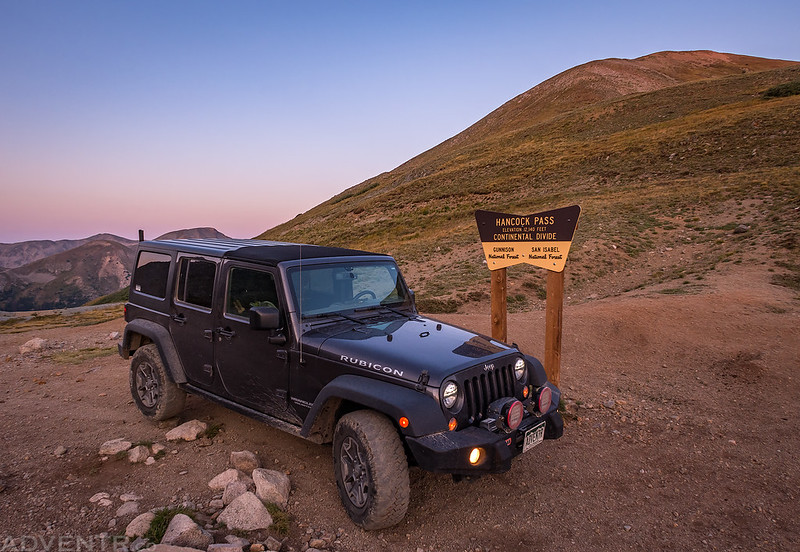 As I was hiking to the summit of Mount Chapman at sunrise, I had a good view of Mount Arps along with a number of other unnamed 12ers. 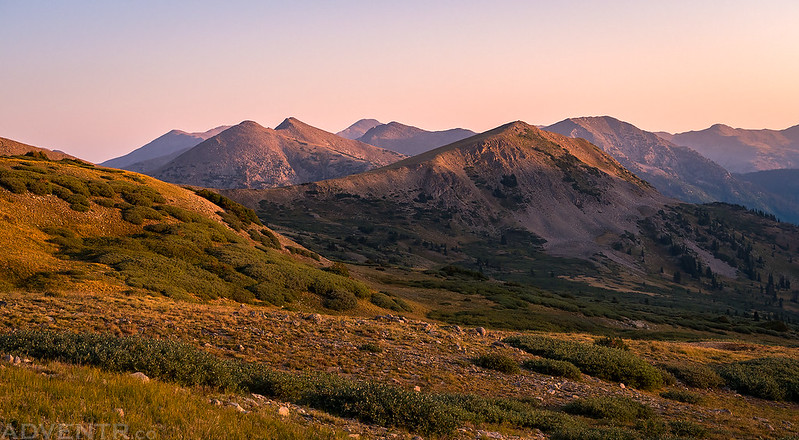 A hazy view to a sea of peaks over Chalk Creek with Mount Yale in the distance. 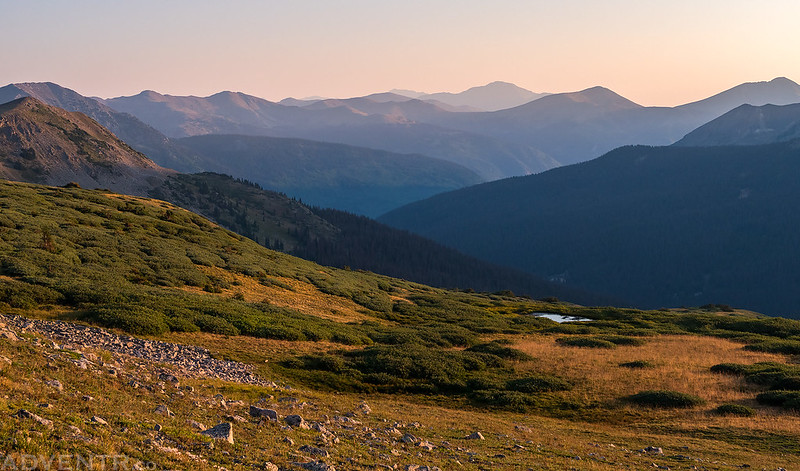 It was a pretty easy hike up Mount Chapman from the pass. 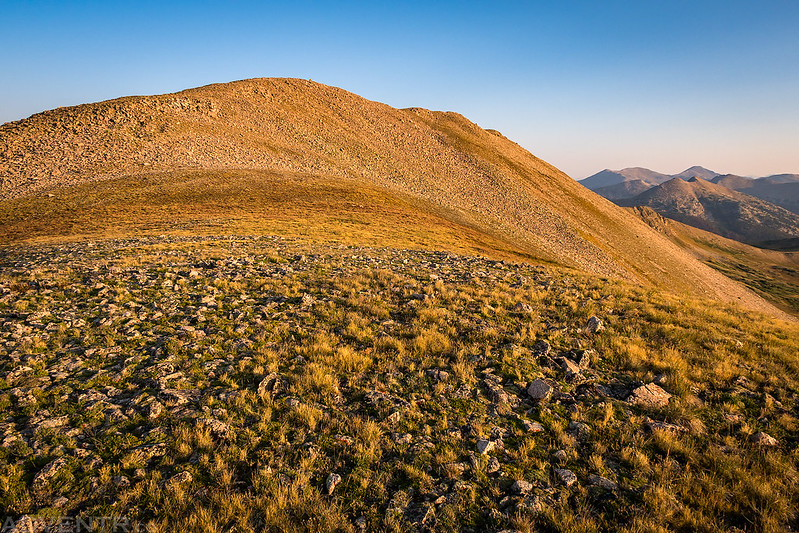 Looking over the ridge in the other direction to Tomichi Pass, Paywell Mountain (12,272) and Granite Mountain (12,598). In June of this year Tomichi Pass was closed indefinitely because of a massive rock slide. I could see the rock slide from up here and it looked pretty bad. 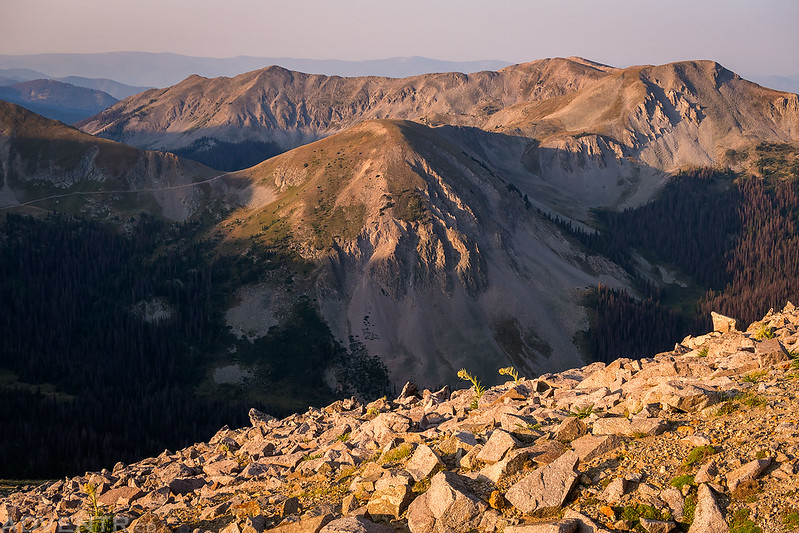 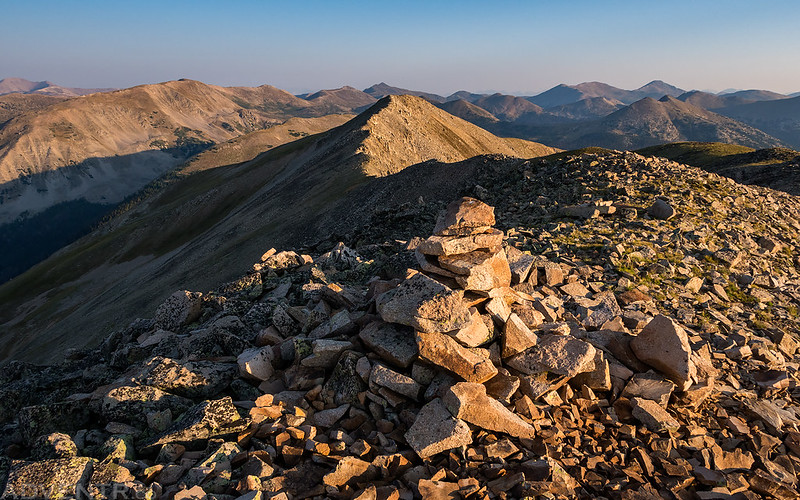 Hiking past a rock glacier between Mount Chapman and Mount Arps. 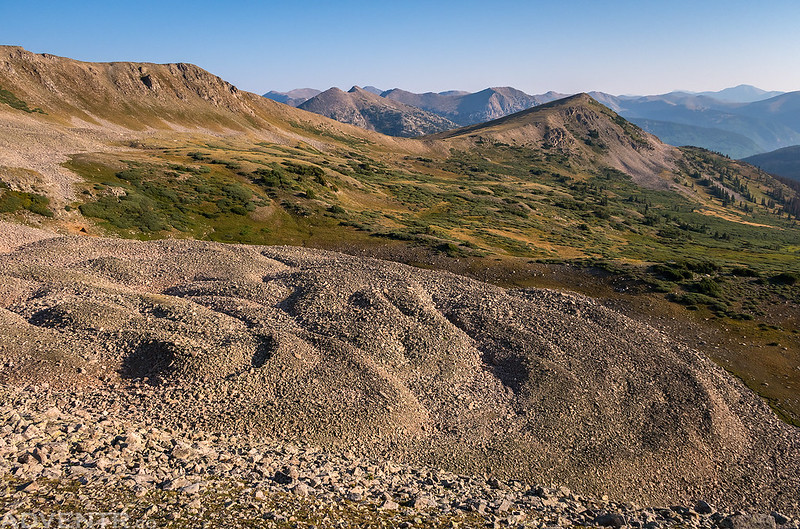 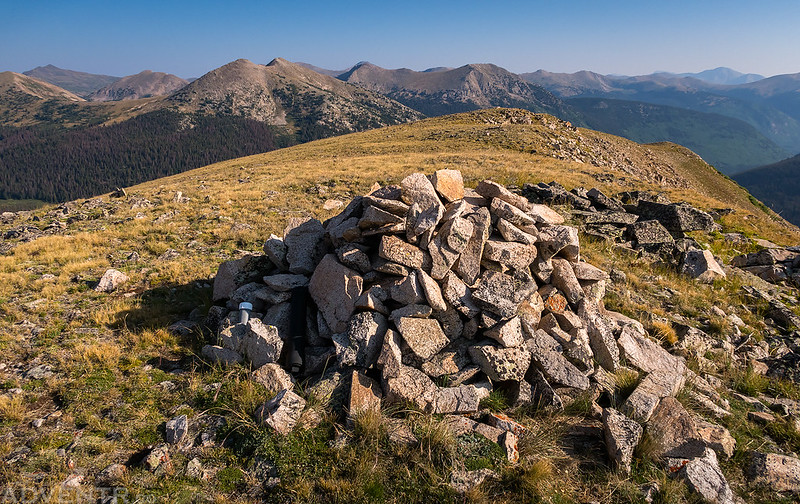 Hiking back down to the saddle between Mount Arps and Mount Chapman with Hancock Pass at the upper left. 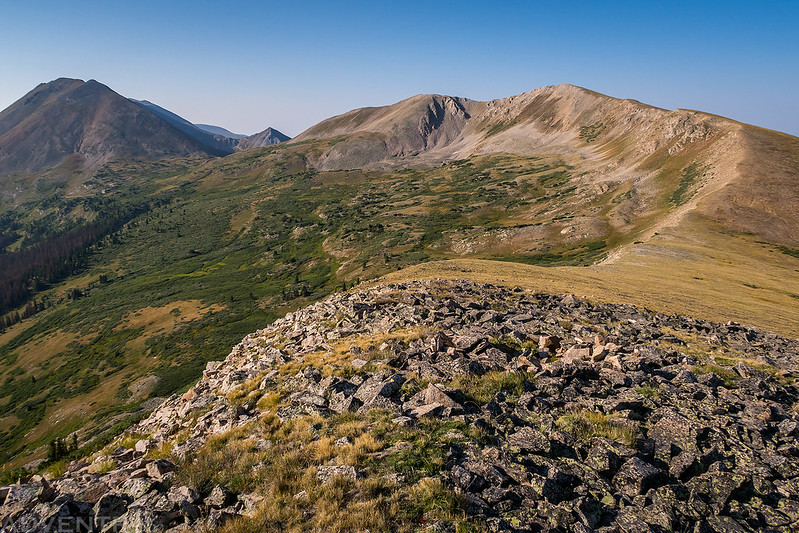 On my way down to Pitkin I stopped to check out the old Sherrod Loop. 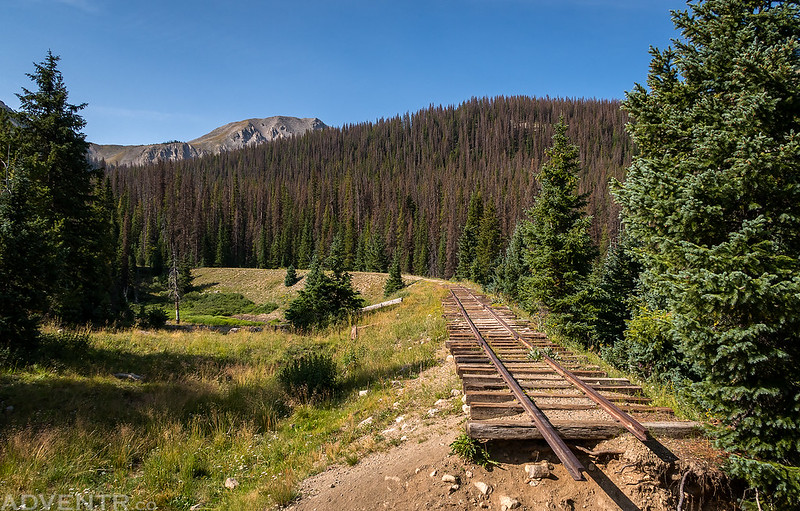 After returning to my Jeep at the pass, I drove back down the west side and followed the Alpine Tunnel Road all the way down to Pitkin this time. I had hopes of climbing Fairview Peak (13,214) next, but the road to the trailhead turned out to be pretty sketchy in places and I wasn’t comfortable driving it alone, so I turned around after carefully having to back down the steep and narrow road. I considered parking and hiking from my turnaround point, but it would have been a much longer hike than I was planning and the weather wasn’t looking good enough for it, so I will have to return another time. I returned to Pitkin via a maze of 4×4 roads in Halls Gulch and then took the scenic route over Waunita Pass to US 50. I was originally planning on heading into the San Juan Mountains from here, but at the last minute I decided to stick around the Sawatch for one more day so I could hike Mount Shavano and Tabeguache Peak on Friday morning before the weekend crowds arrived. I headed east over Monarch Pass to find a campsite for the night.