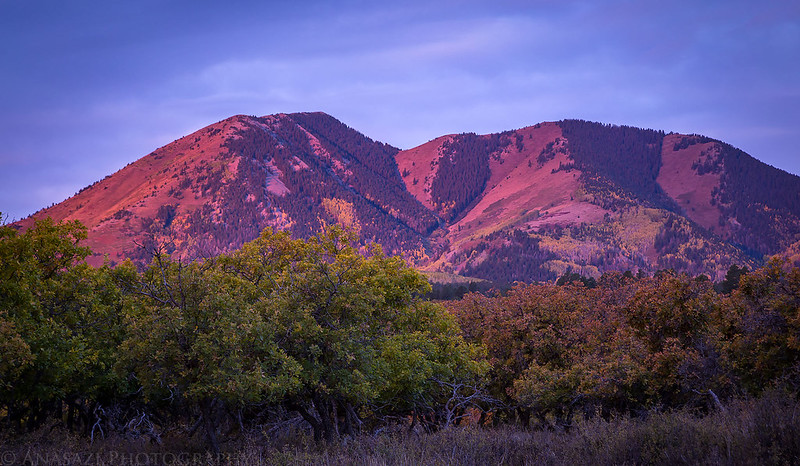 Early morning alpenglow on South Peak (11,122) in the Abajo Mountains from our campsite.

Looking east toward Colorado with sunbeams and the San Juan Mountains on the horizon. 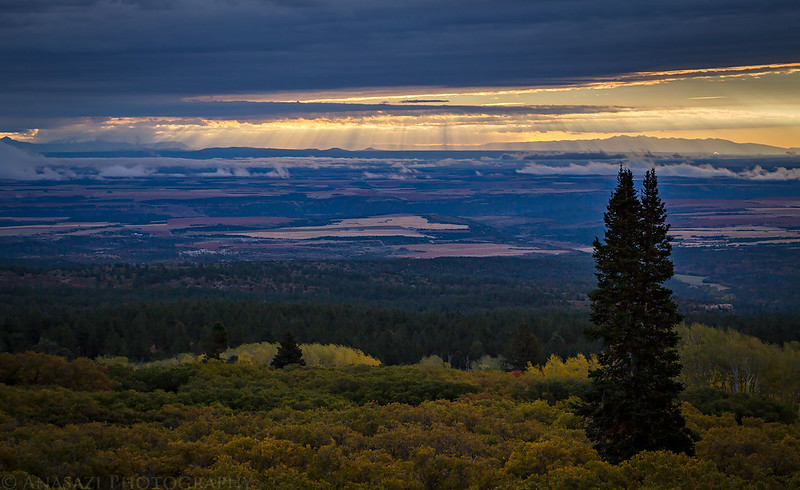 Scattered low clouds below and Lone Cone in the distance. 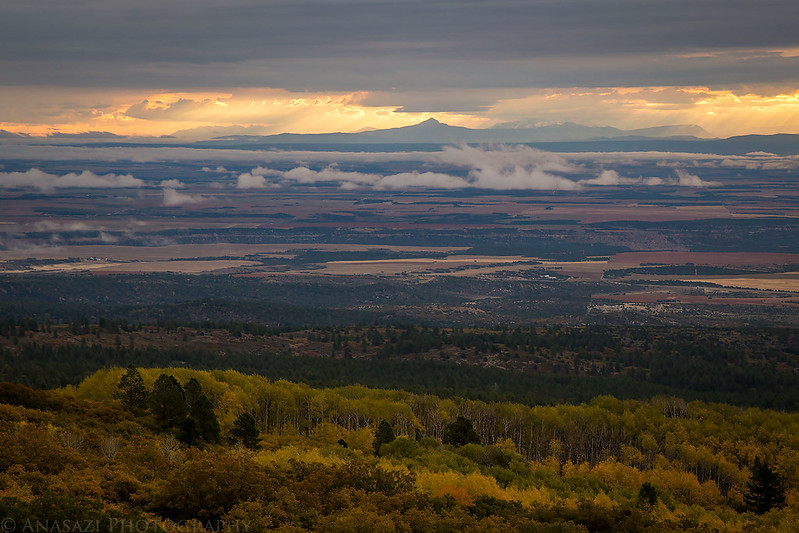 One of the markers on the summit of Abajo Peak (11,360) from 1936. It was pretty cold and windy up here this morning since a cold front was moving through the area. 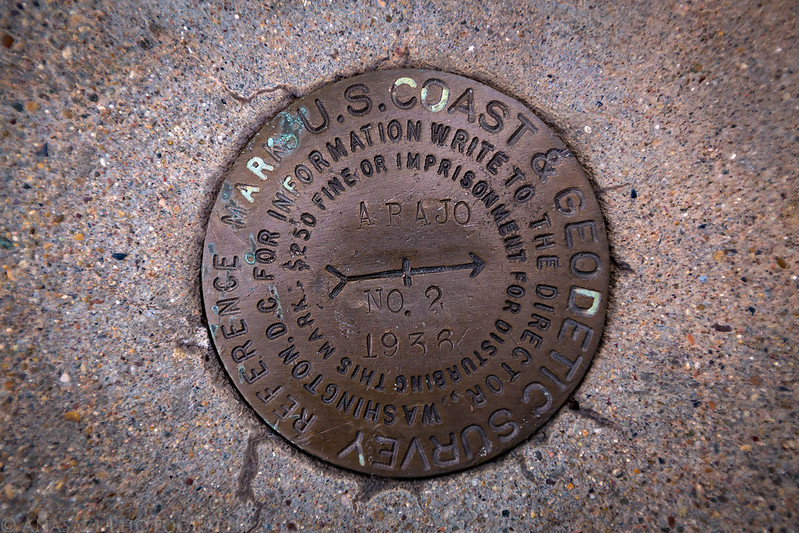 Sleeping Ute Mountain sandwiched between the horizon below and a cloud bank above. 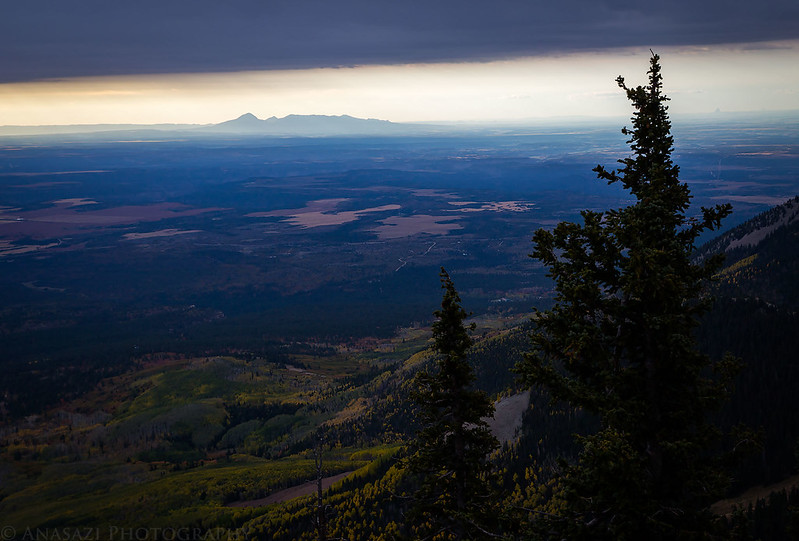 Looking down on a colorful scene below Abajo Peak. 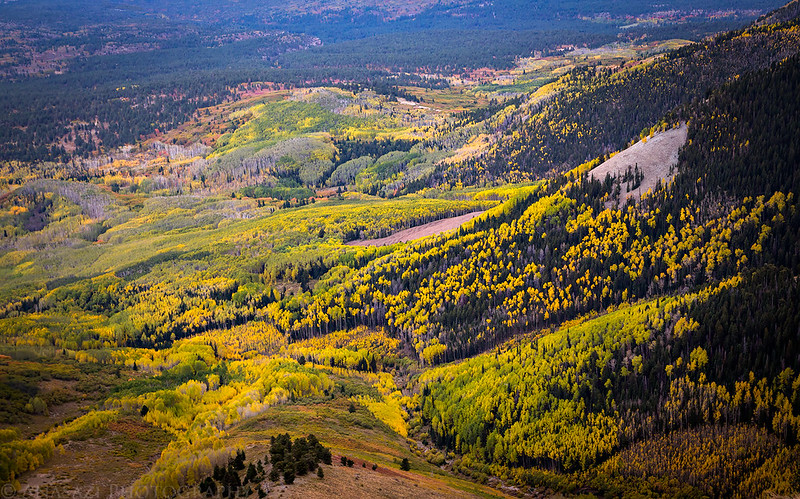 We didn’t stick around on the summit for too long because of the cold and wind, but also because of all the antennas and microwave dishes up there with all their radio waves. We drove down the road a little way and then took a short spur road where we could hike the trail up to Coolie Pass and then follow the ridge to the summit of Jackson Ridge (11,164), which is the second highest point in the Abajo Mountains.

Following the trail to Coolie Pass with the summit of Jackson Ridge on the left. 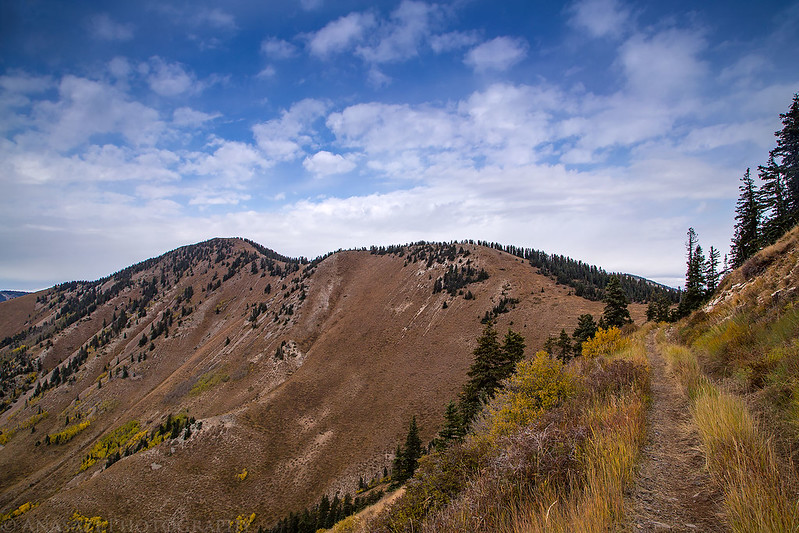 As we followed the ridge to the summit some dark clouds moved in above us and there were a few flurries of snow. 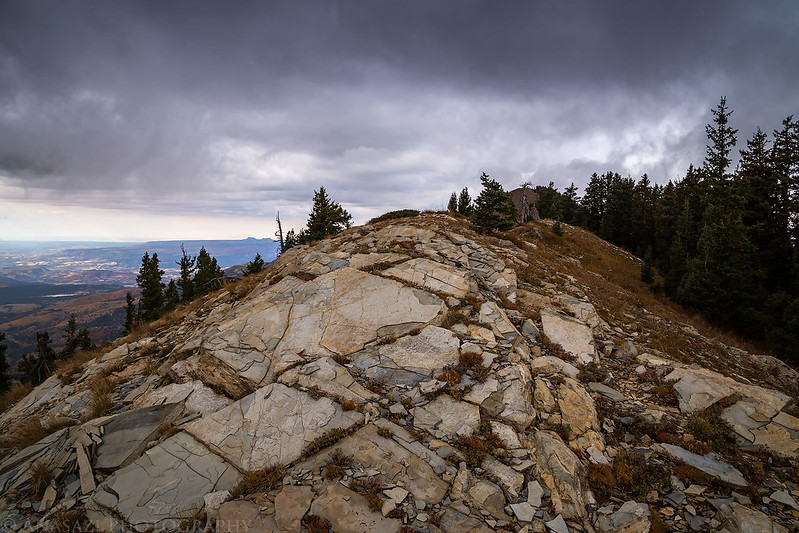 When we reached the summit we were able to see these low clouds filling up the upper Indian Creek valley to the northwest. 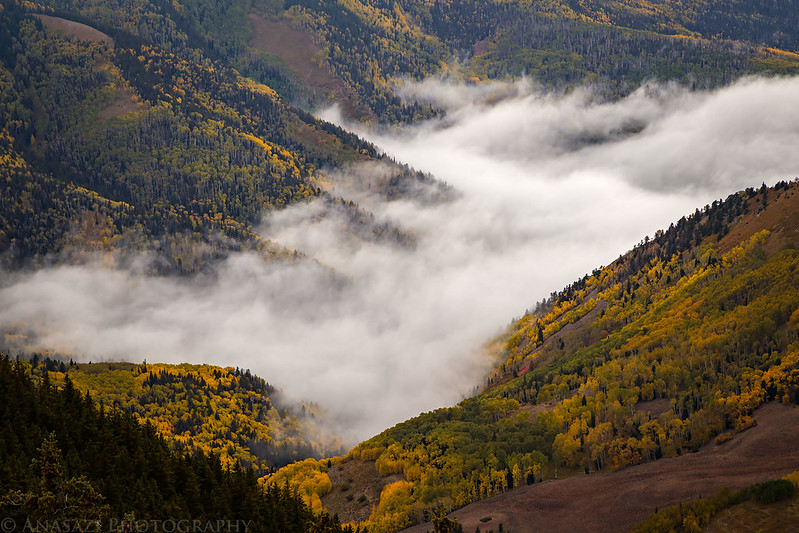 View from the summit of Jackson Ridge looking toward the Bears Ears in the distance. 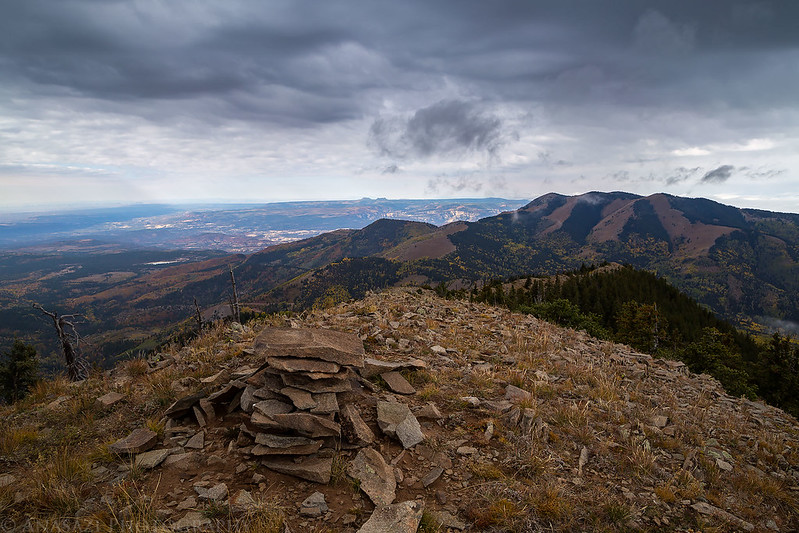 Jared hiking back down the ridge with the summit of Abajo Peak in the clouds ahead of us. 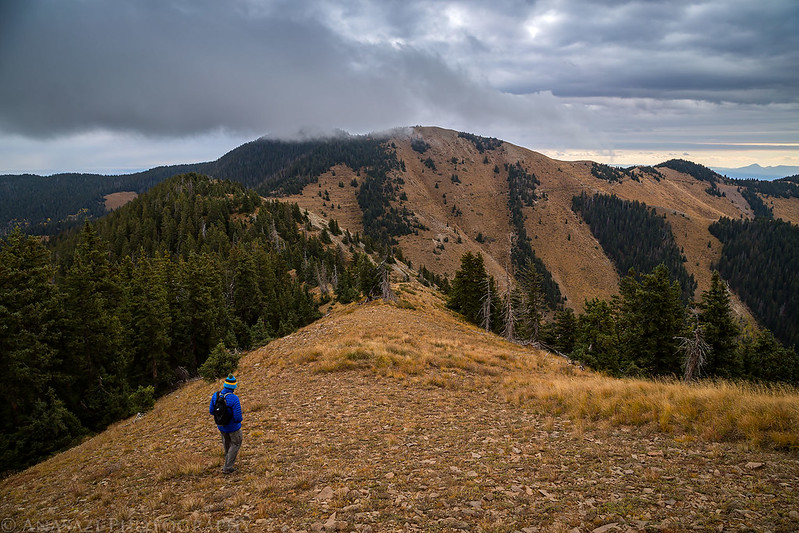 There were some nice fall colors below us along Johnson Creek. 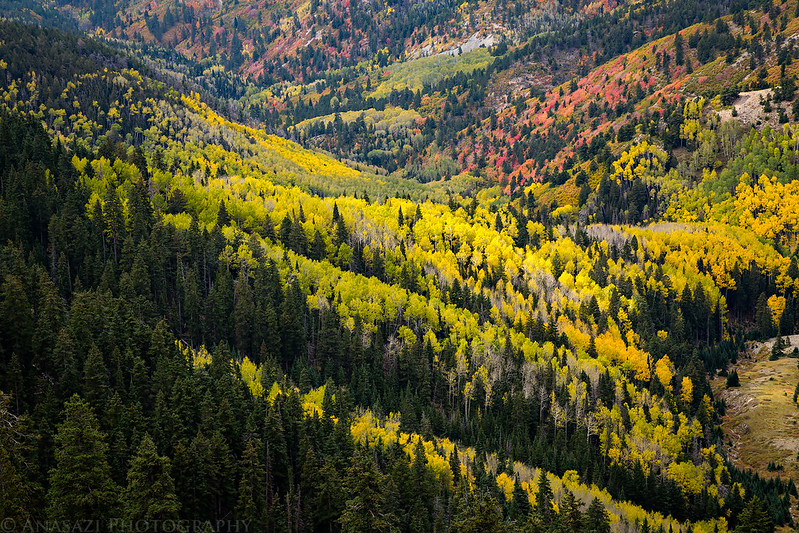 A view of West Mountain when the sun started to come back out a little. 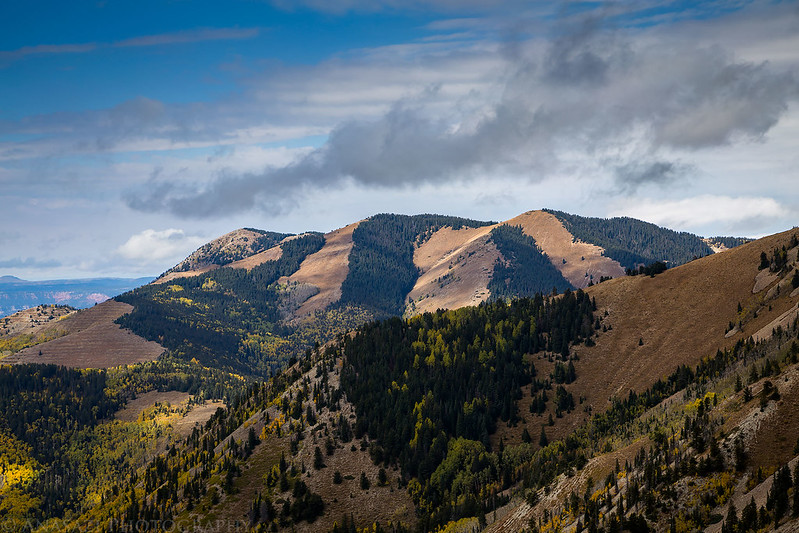 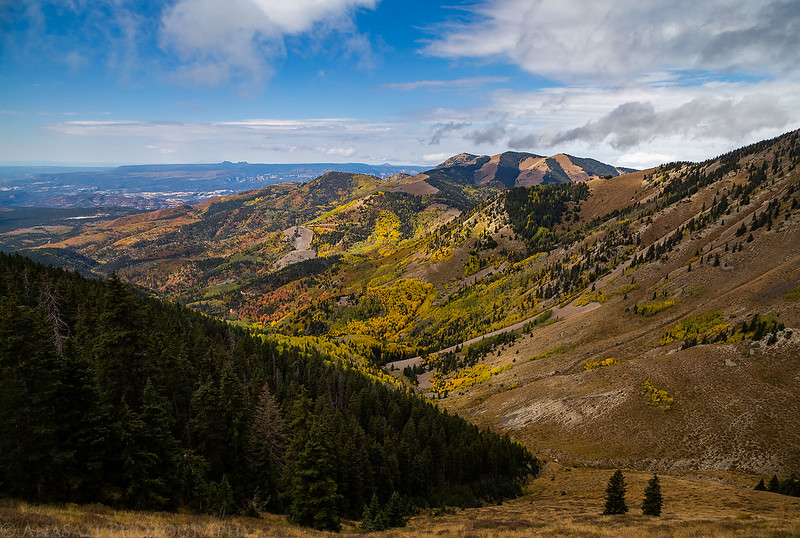 There were a beautiful array of fall colors that made us stop a few times for photos during our drive back down to Monticello. 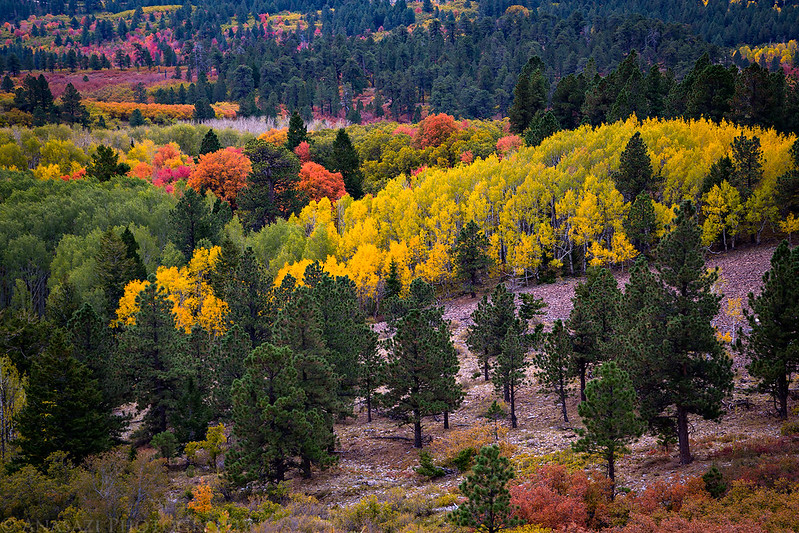 The Colors of The Abajos 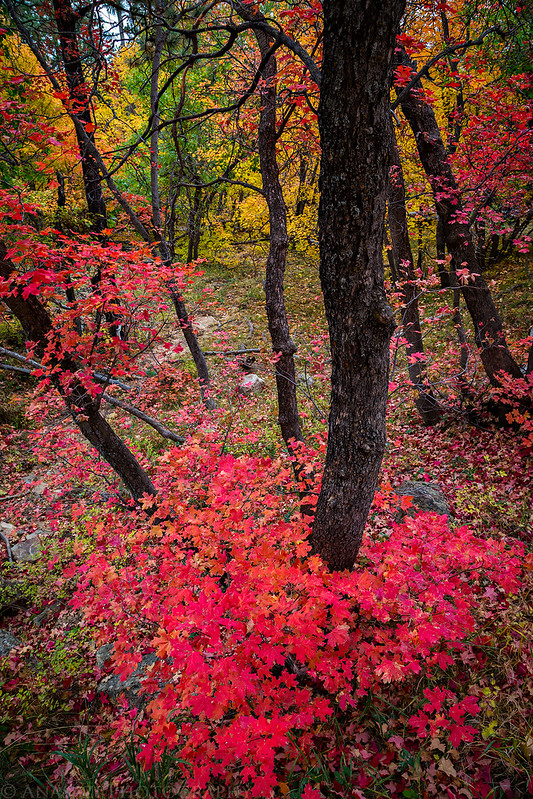 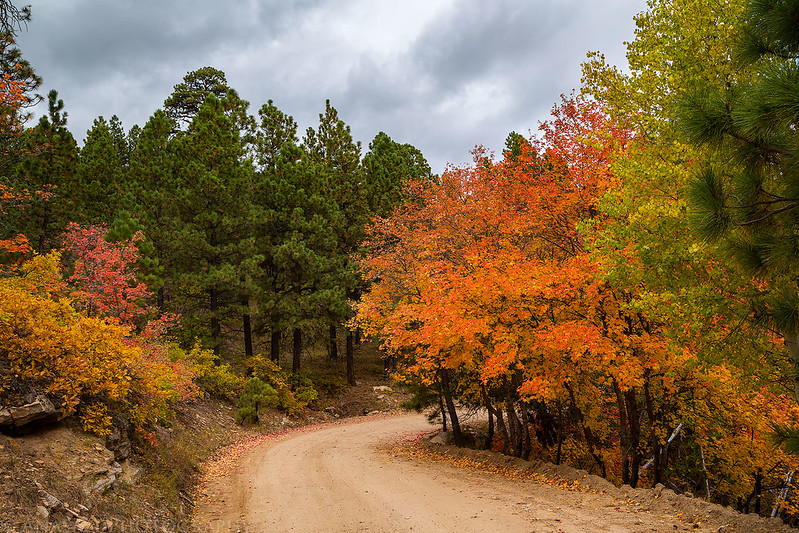 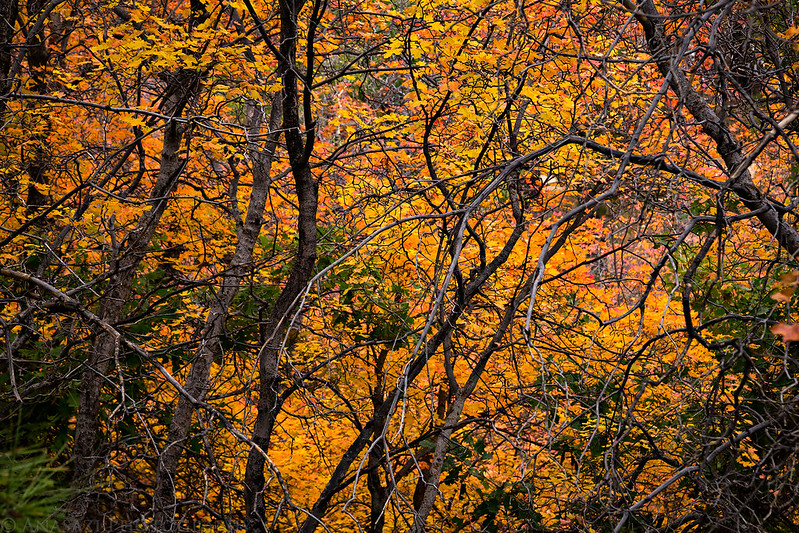 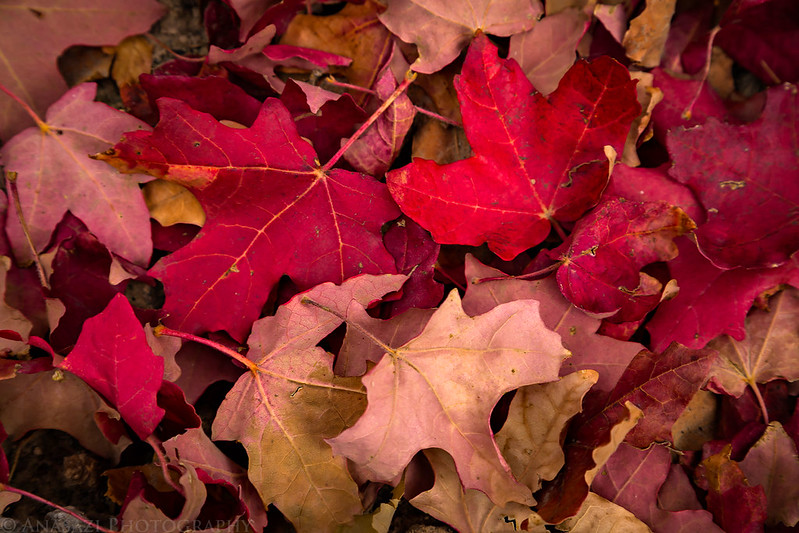 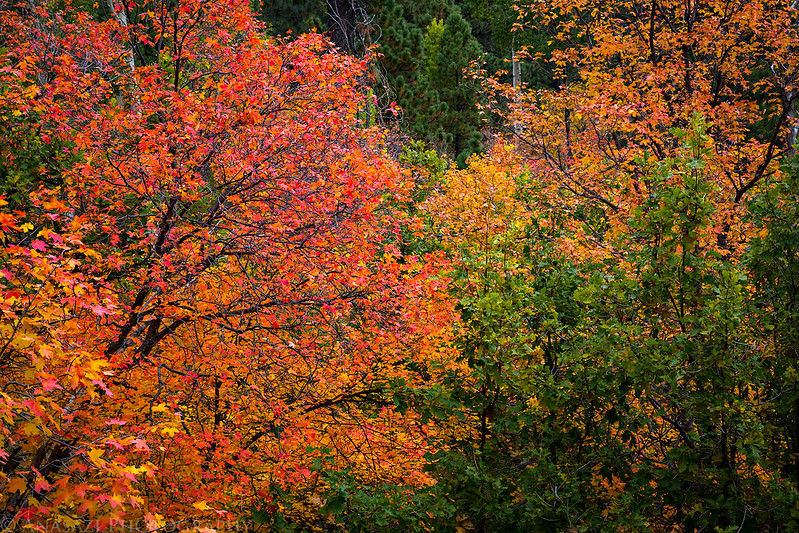 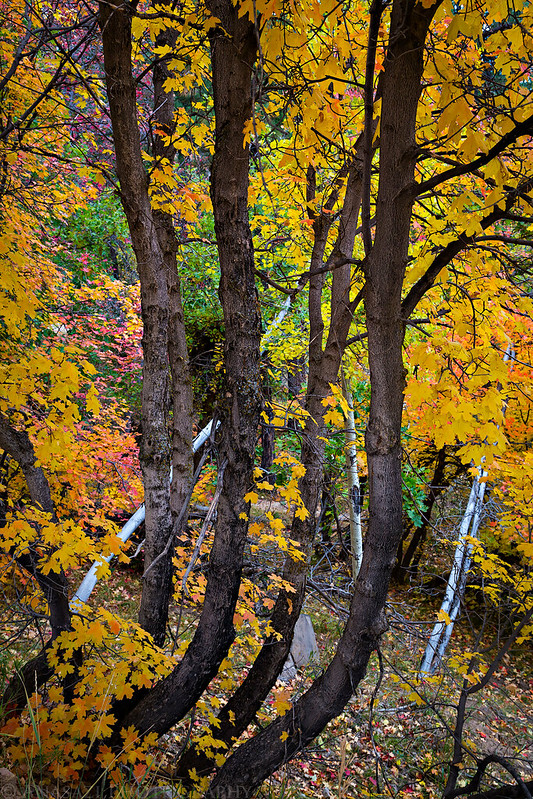 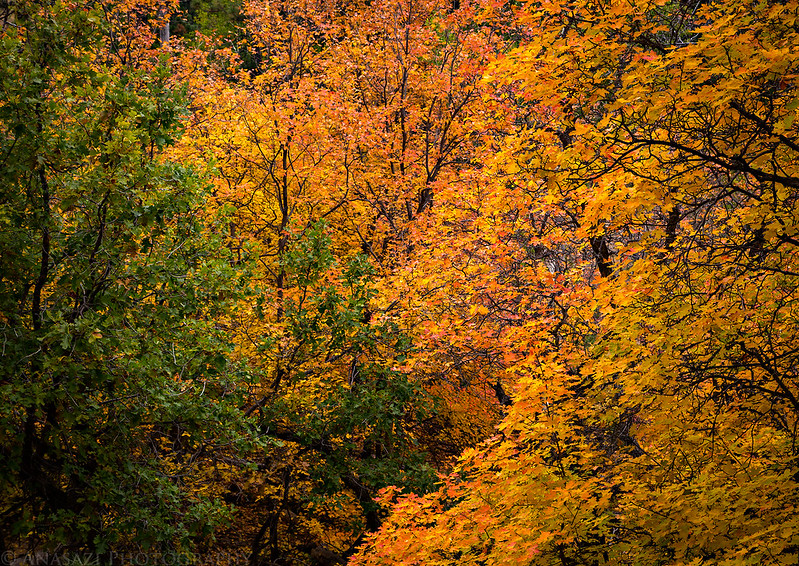 When we got back down to town we were surprised to find out it really wasn’t much warmer down there than it had been up in the mountains. We wanted to warm up a little bit after the cold morning so we decided to head down into Montezuma Canyon for the rest of the day to visit a few rock art sites and ruins. 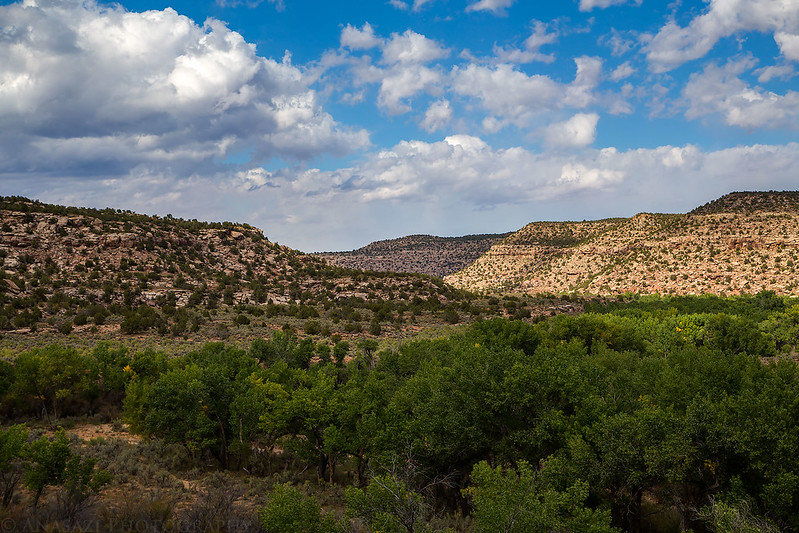 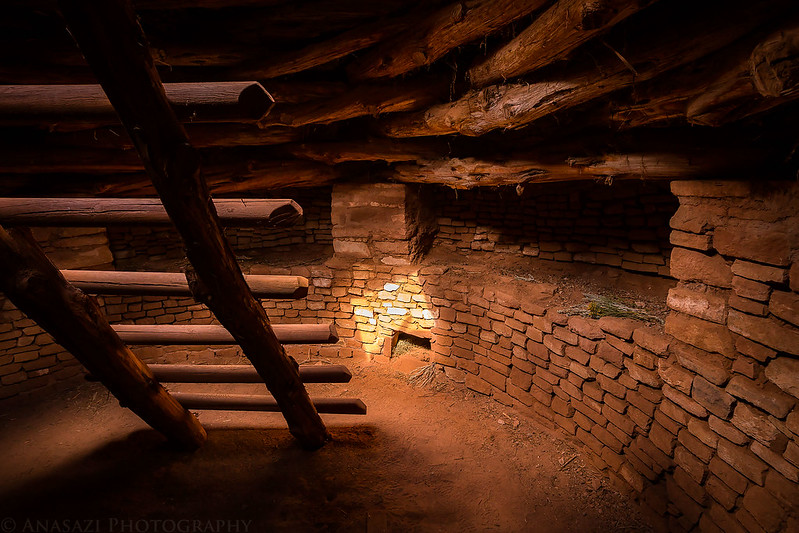 An old painted sign along the road in Montezuma Canyon that I’m surprised I had not noticed before while searching for rock art in the area. 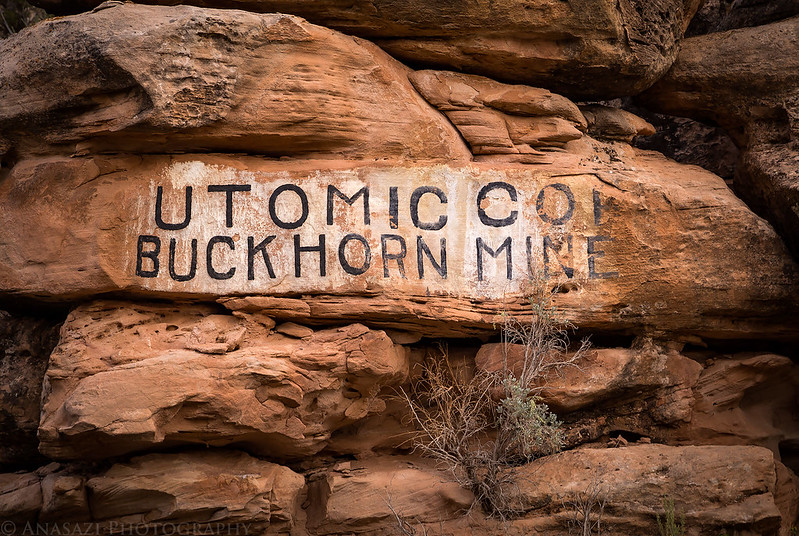 White pictographs that are part of a much larger panel. 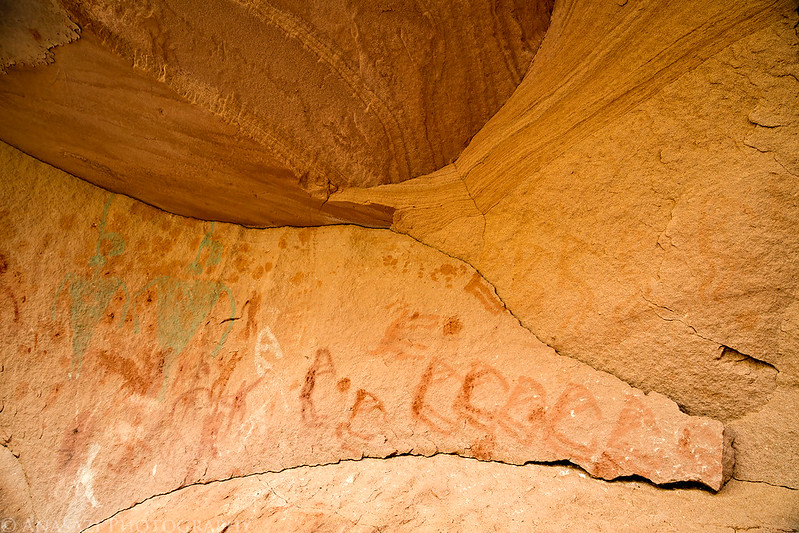 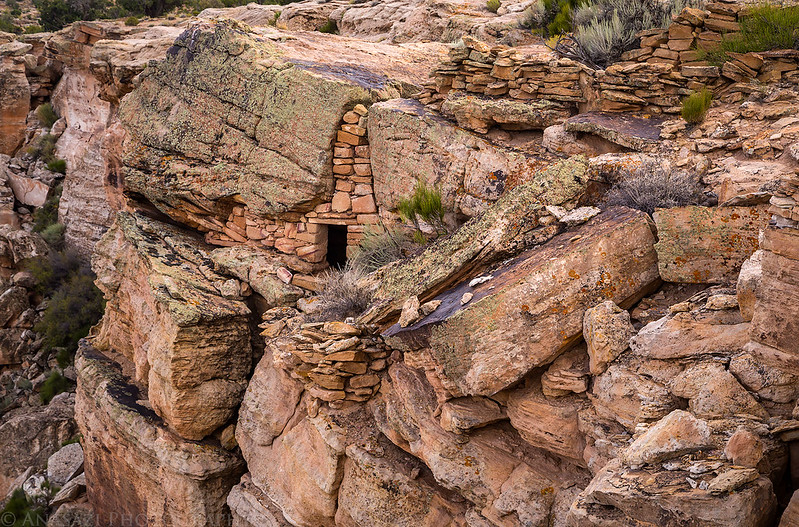 After returning to town from Montezuma Canyon, Jared had to leave and head back up to Provo for a funeral but he would be joining me again on Wednesday. We would be spending the next few days exploring new areas of Cedar Mesa.