Shortly after the sun came up we drove past this tall skinny hoodoo. 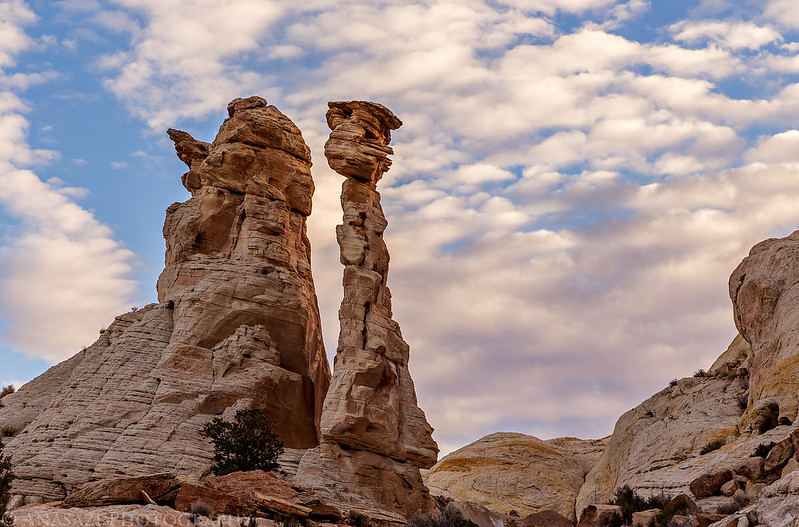 Just out for a nice morning drive past Temple Mountain. 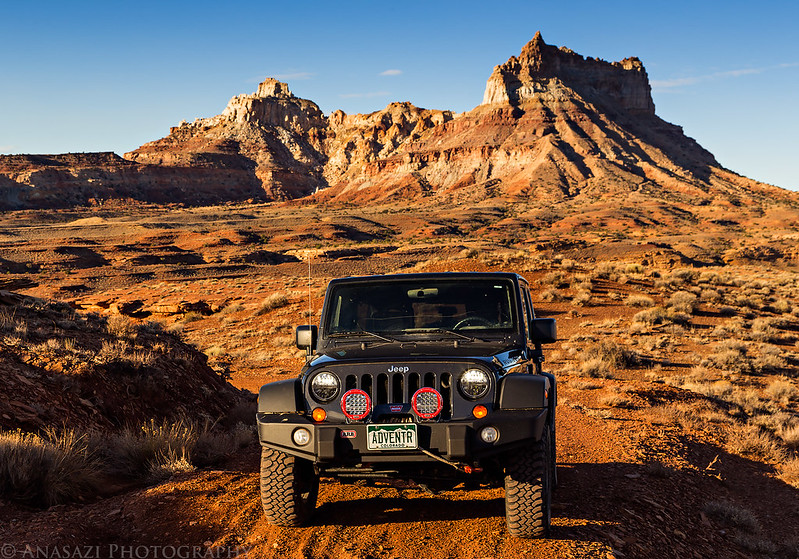 Marty follows in his Liberty. 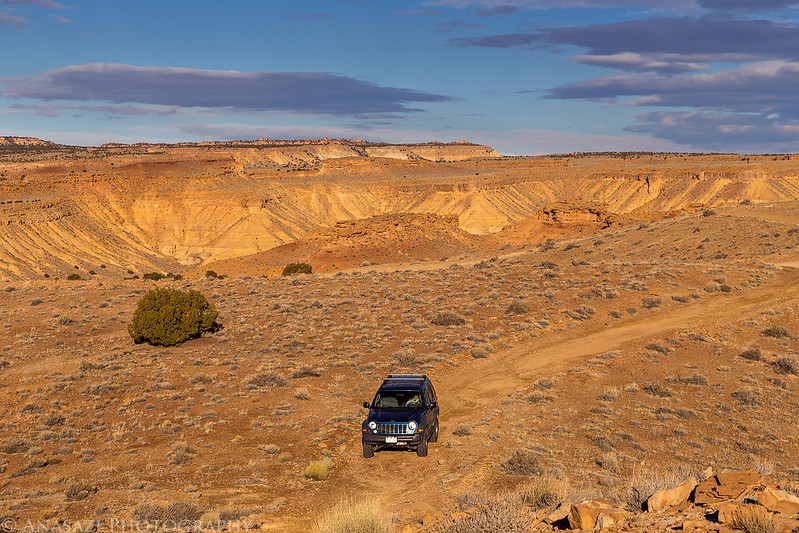 We reached a pretty good washout in the road with a steep drop-off. I might have been able to get past it (it was worse than it looks in the photo) but we were close to our trailhead so we decided just to park here and start hiking. 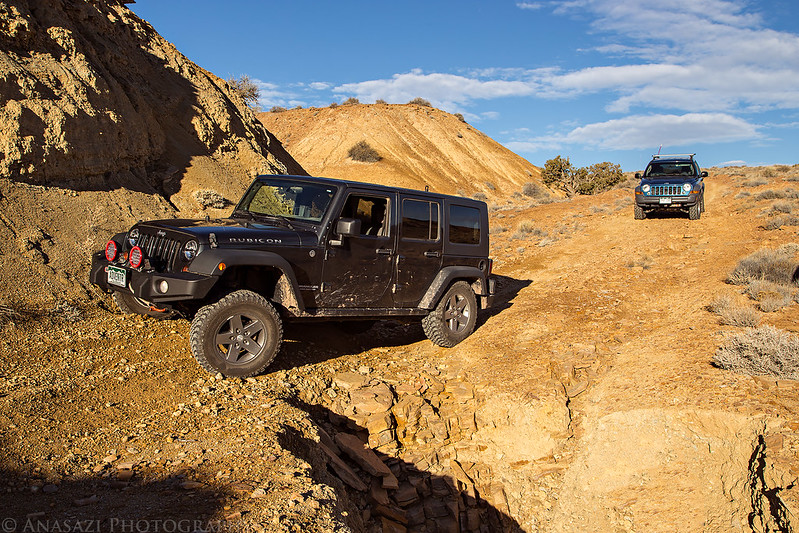 A view of the surrounding badlands as we started hiking down the road.

Morning light on a nearby sandstone butte. 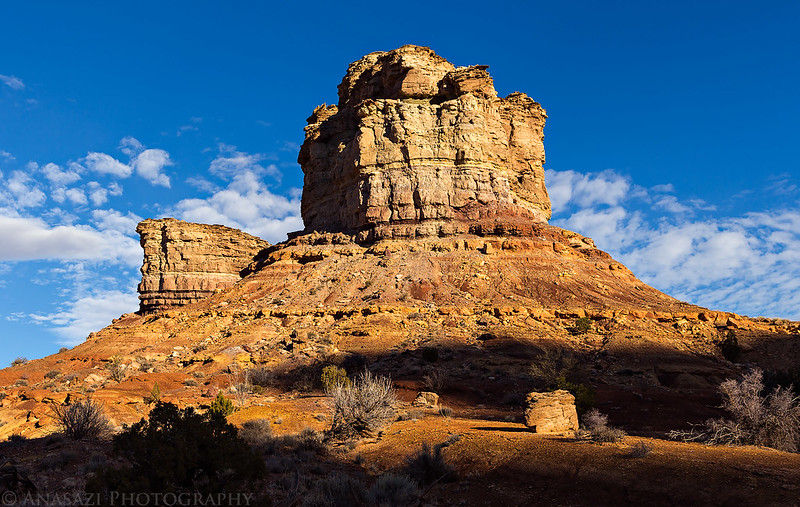 After following an old mining road that’s been closed for a long time we reached the end where we found these old core samples. 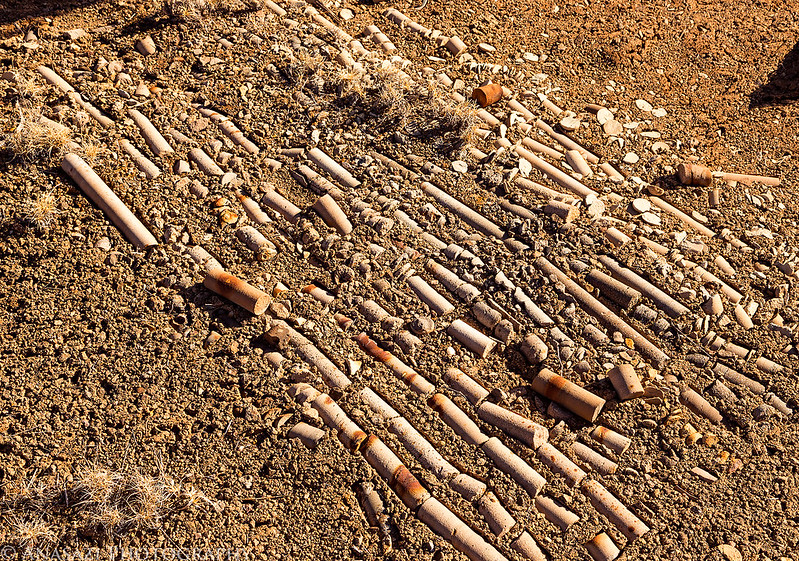 Hiking down the wash. 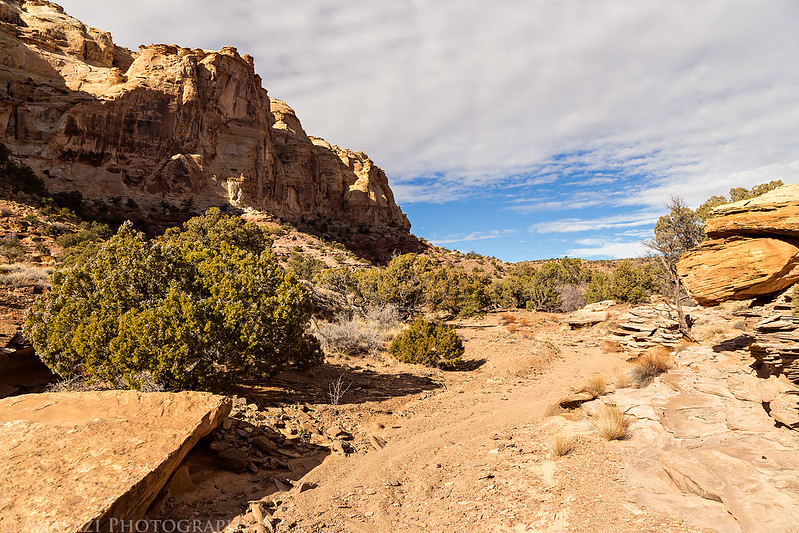 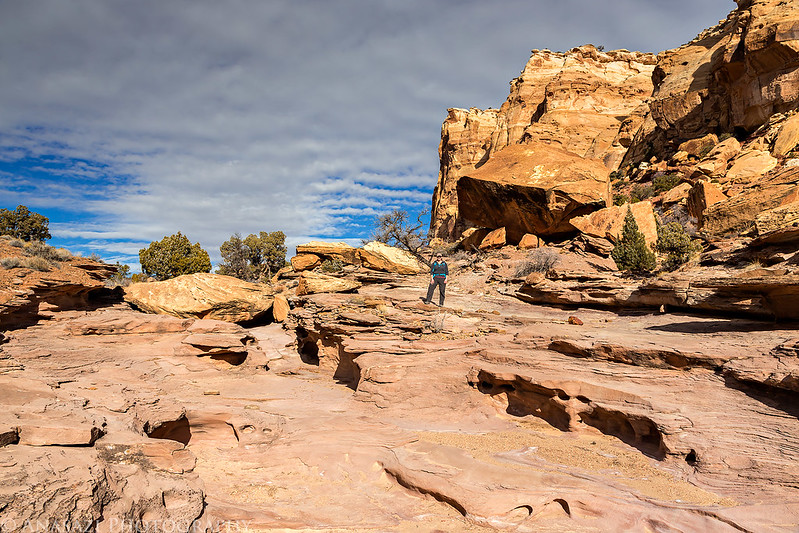 Eventually we reached the Unexpected Panel. It was just as amazing as I remembered! 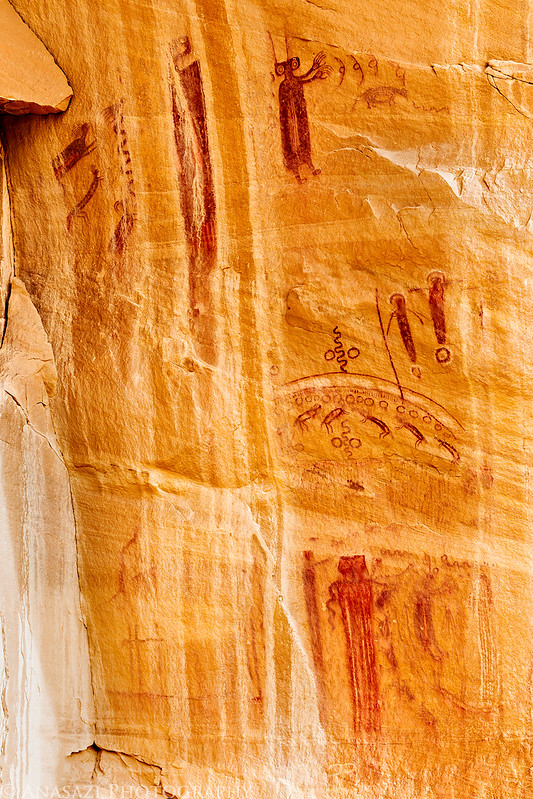 This is probably my favorite pictograph of all time. 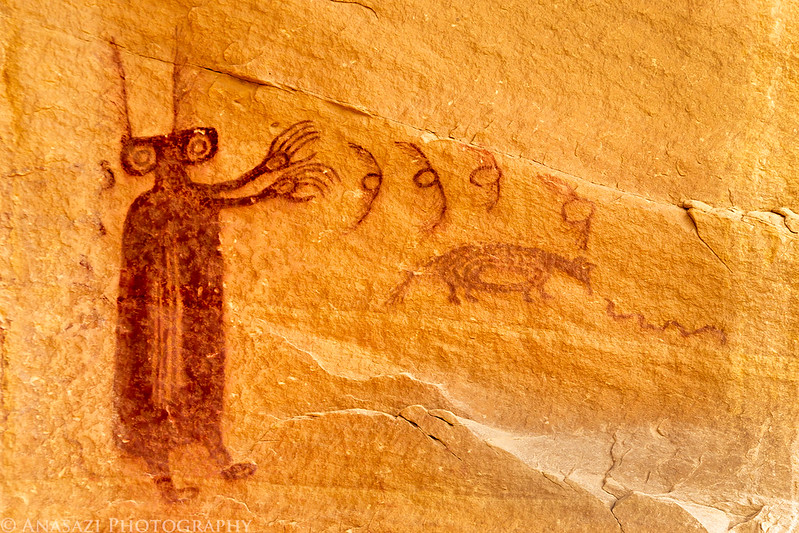 Such a unique portion of the panel. 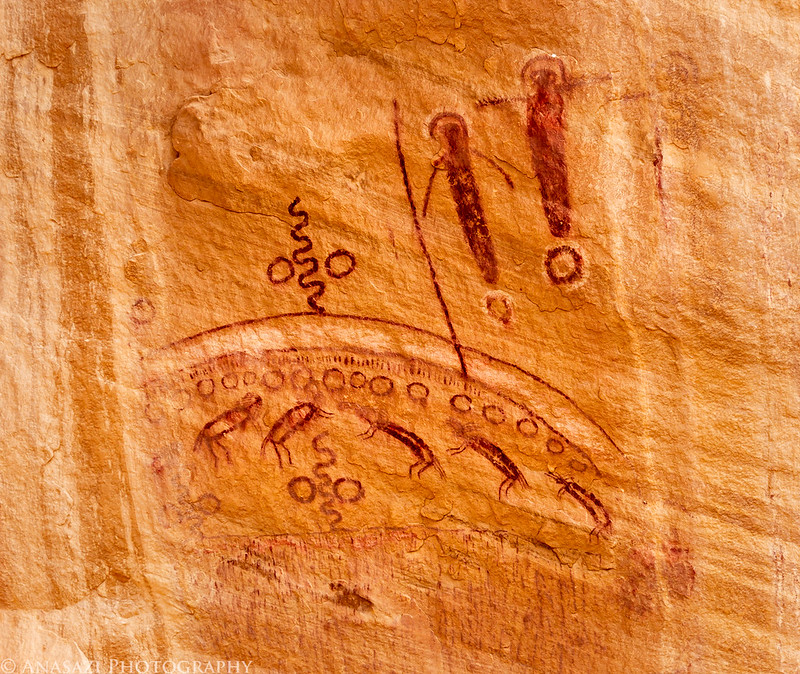 The lower part of the panel is more washed out than the rest, but still very cool. 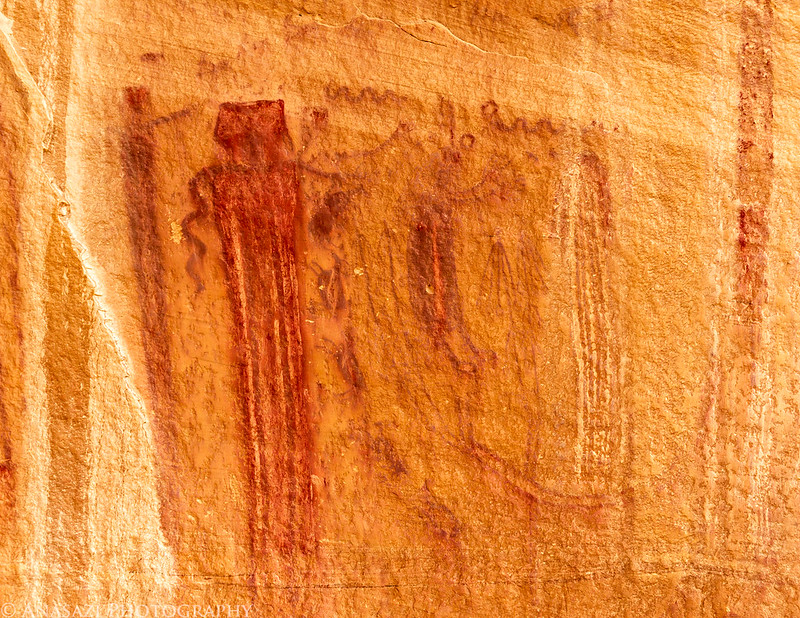 The upper left-hand part of the panel is being covered with streaks on the sandstone. 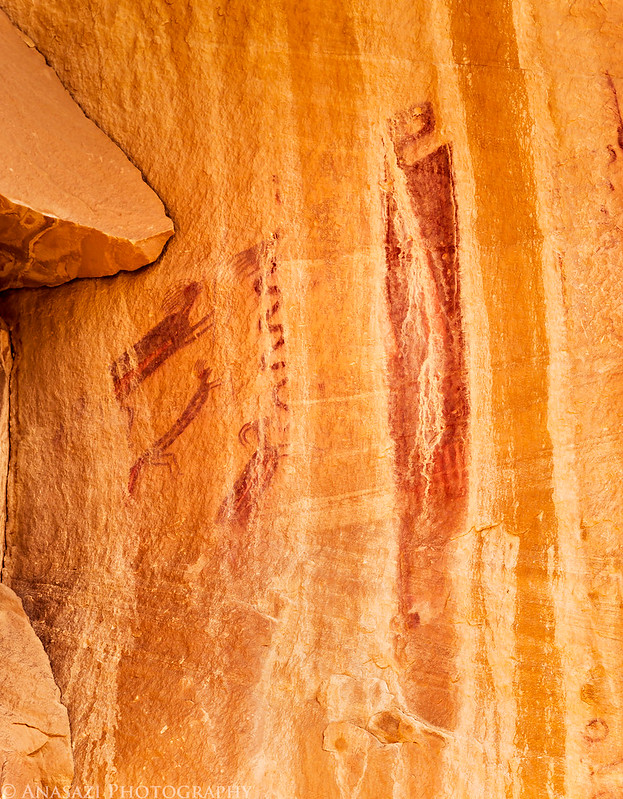 Diane explores more of the area to see if we can find anything else. 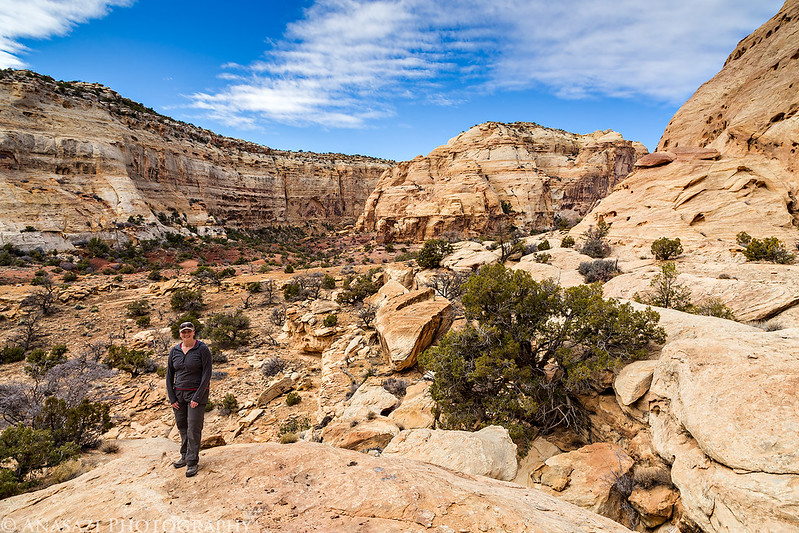 On our way back we found another old tobacco case. This one appears to have some old rolling papers still inside. 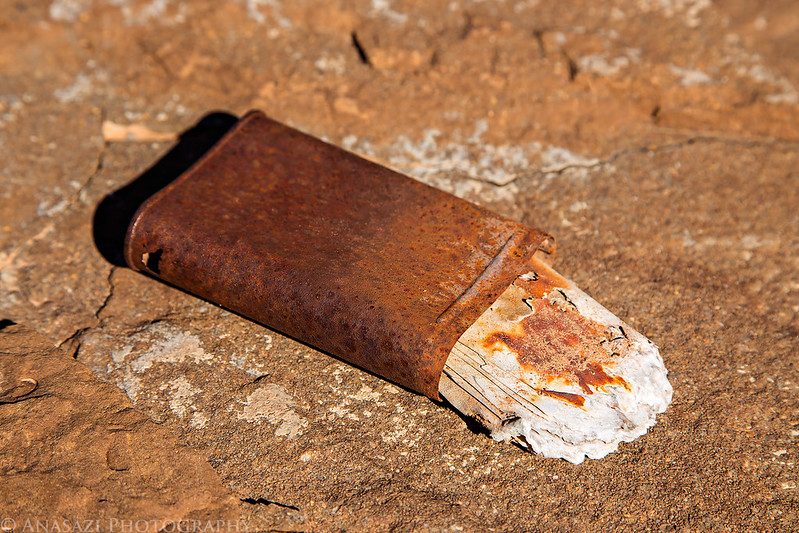 Nice spotlighting on Temple Mountain as we drove over to North Temple Wash. 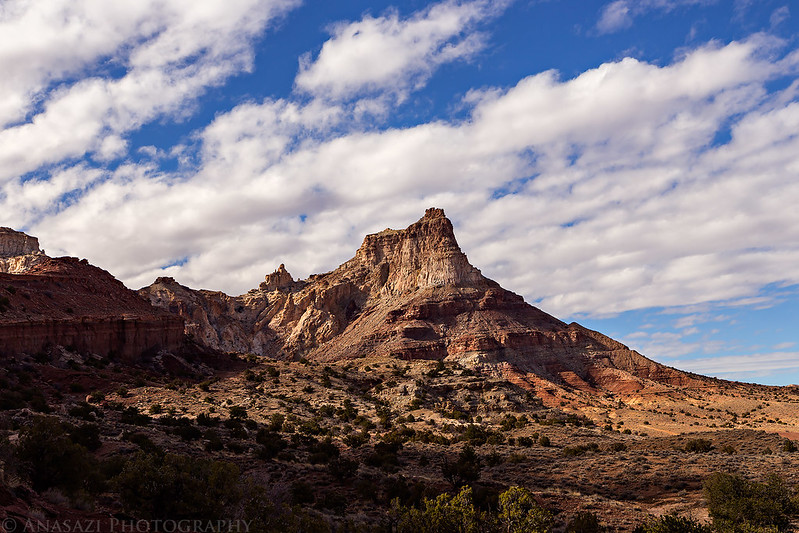 The drive through North Temple Wash is always nice where it cuts through the San Rafael Reef. 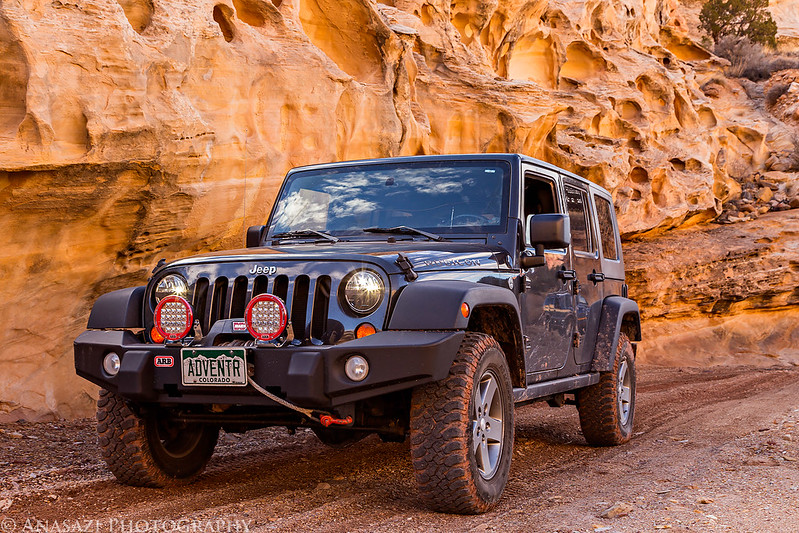 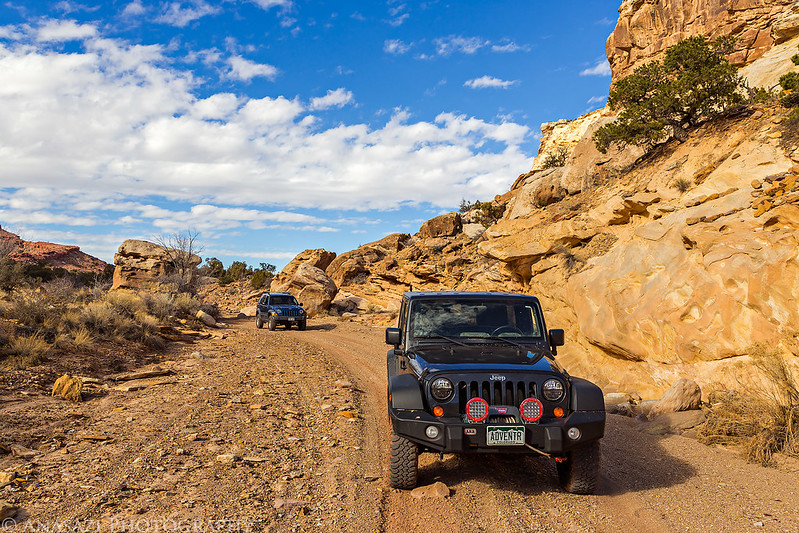 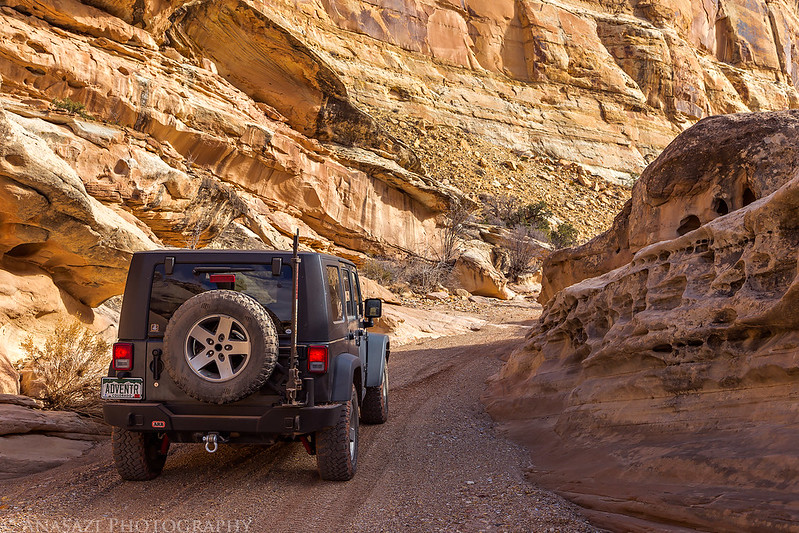 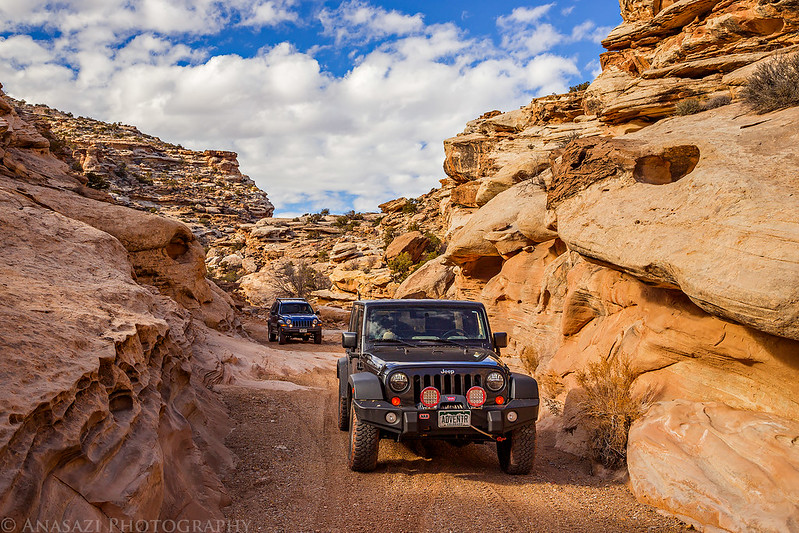 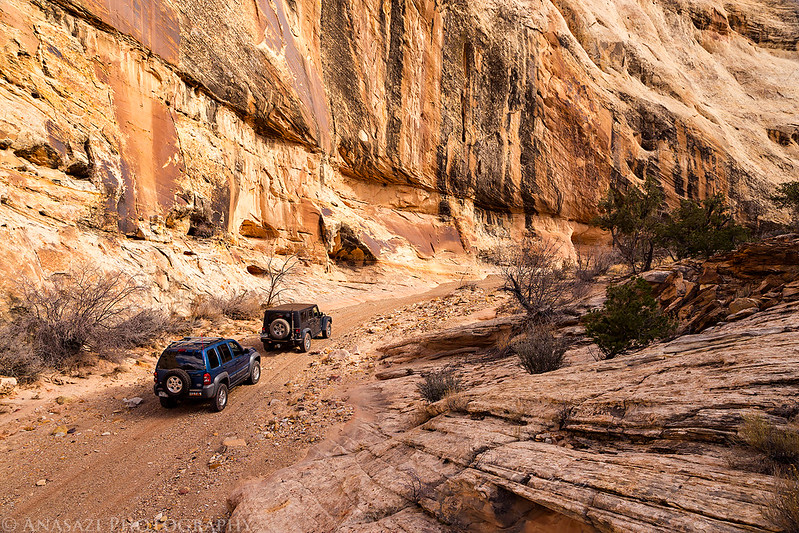 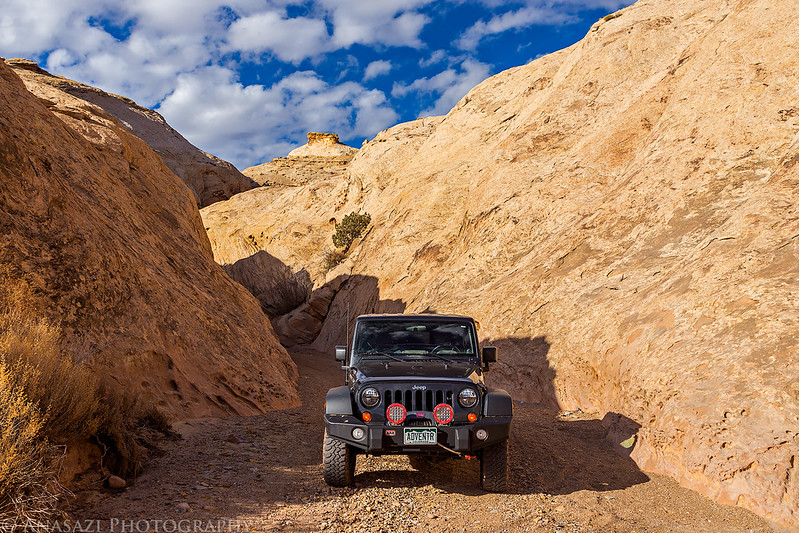 Before leaving the area we made sure to stop by the damaged pictographs in South Temple Wash since Diane had never seen them before. 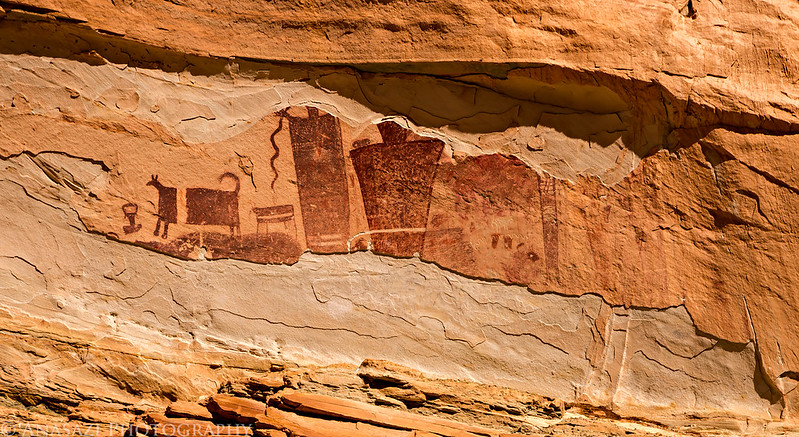 We still had some time before sunset on our drive back to Green River, so we made a detour into Black Dragon Canyon to visit the pictographs found there. 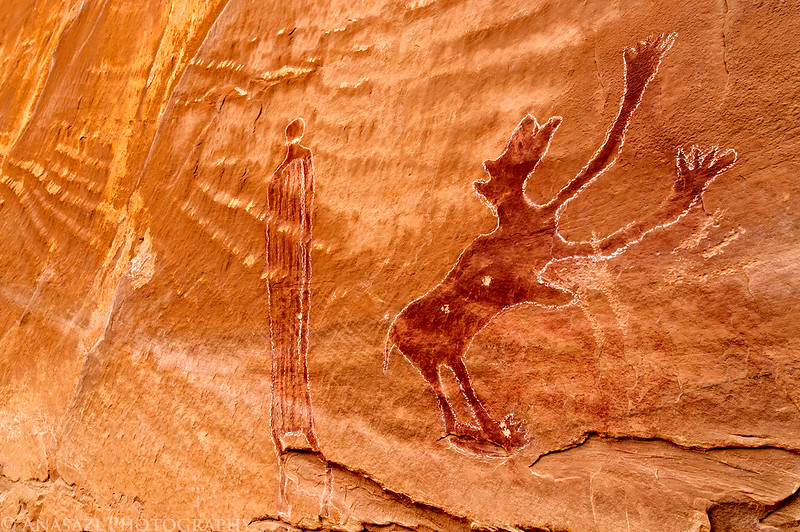 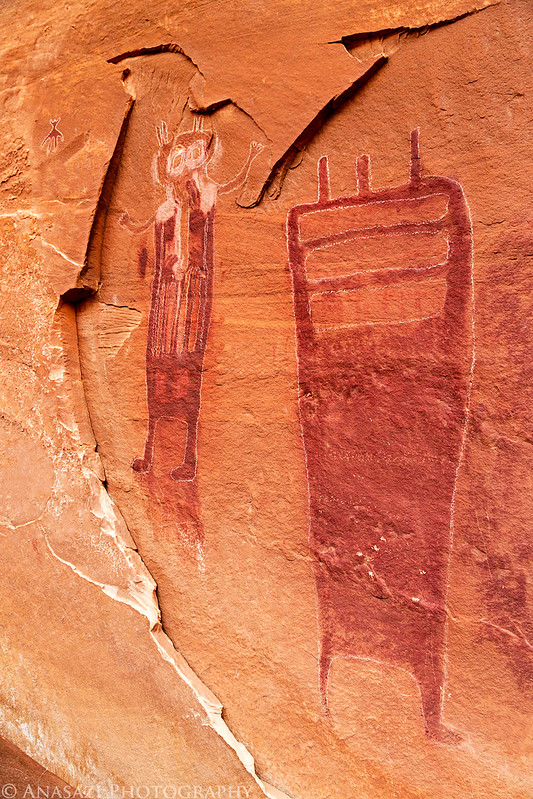 Since I had never visited the cave near the pictographs before, Diane and I climbed up to check it out. We should have brought our headlamps since we couldn’t see much, but we could tell it was deep! 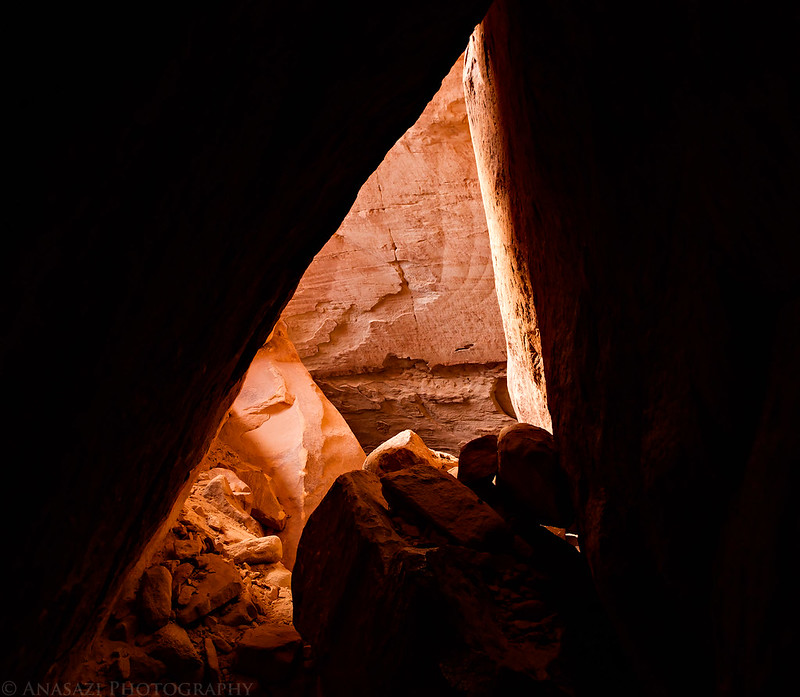 We were treated to a colorful sunset as we drove back home. It was a great way to end the day. 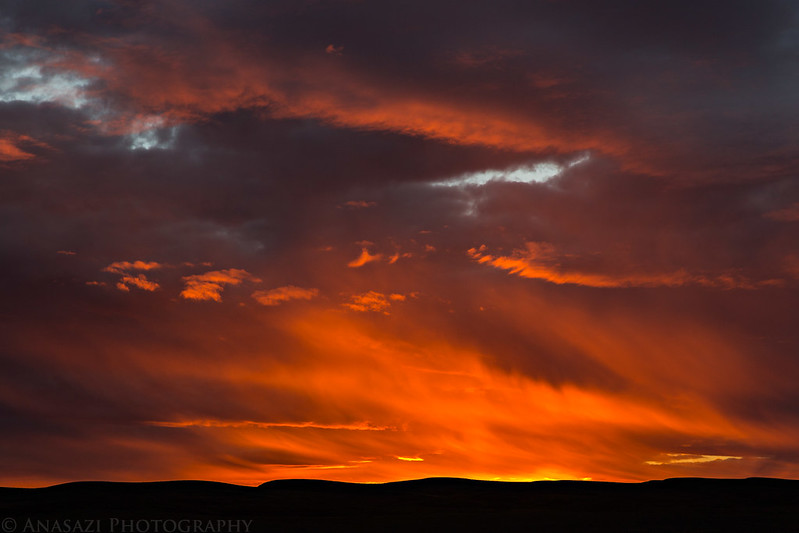 >> Return to the Unexpected Photo Gallery