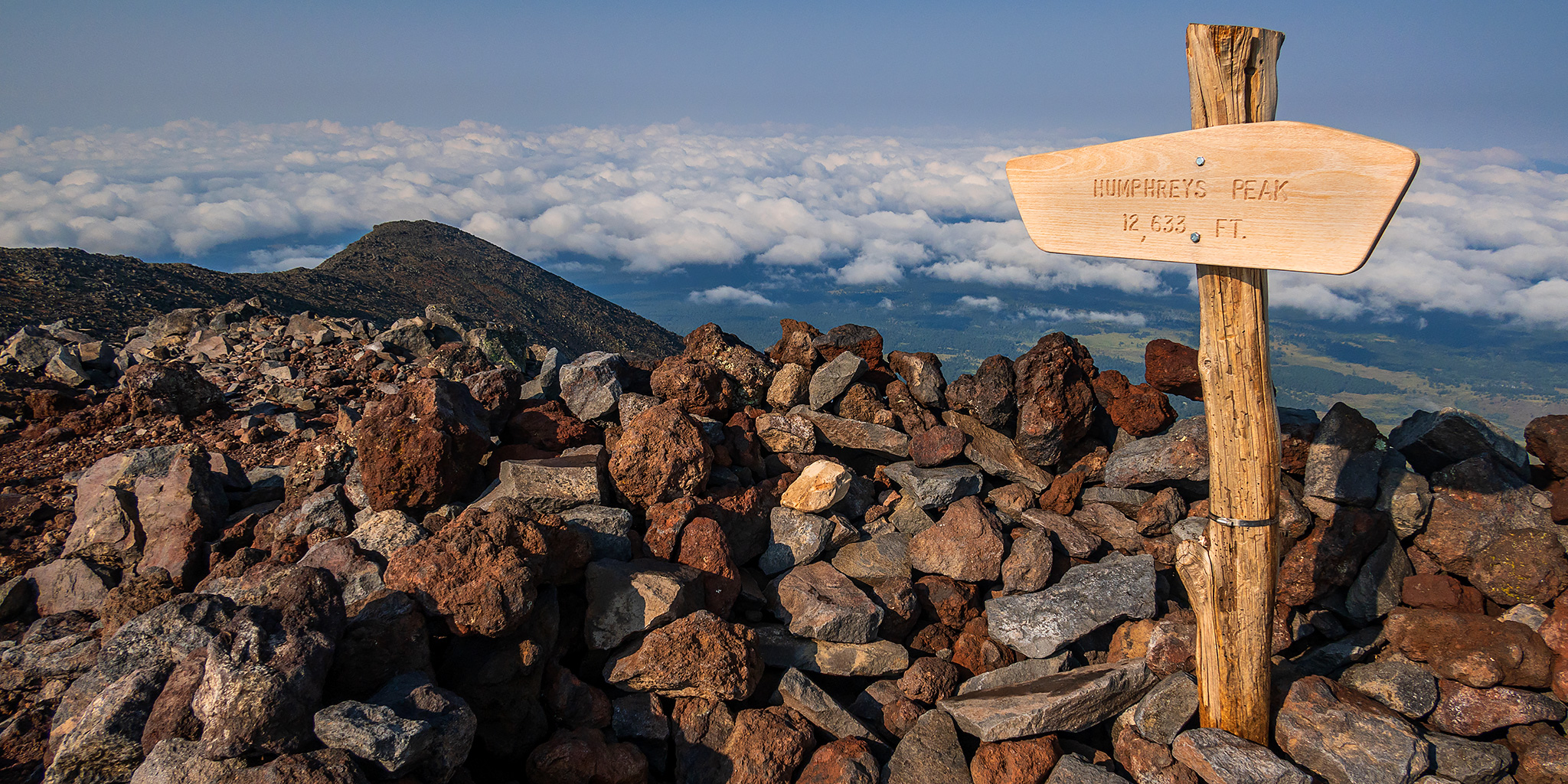 The Holy People put four sacred mountains in four different directions, Mt. Blanca to the east, Mt. Taylor to the south, San Francisco Peak to the west and Mt Hesperus to the north near Durango, Colorado, thus creating Navajoland. The four directions are represented by four colors: White Shell represents the east, Turquoise the south, Yellow Abalone the west, and Jet Black the north.

I left from work on Wednesday afternoon and started driving south to Flagstaff. The remnants of Hurricane Ida were moving across the Colorado Plateau all day, so I drove through on and off rain storms and wind throughout the evening. I encountered the worst of the rain and wind as I drove across the Navajo Nation near Kayenta which slowed me down a bit. This rain is desperately needed in the area. I made it to Flagstaff after dark, topped off my fuel tank and headed off toward the trailhead to find a spot to spend the night. I ended up finding a designated campsite along the Freidlein Prairie Road and was a little surprised to find that campsites #1-9 were all occupied on a Wednesday night, but found that site #11 was still available. It was lucky for me that tonight was September 1st, because campsites #10-14 are closed from March 31 through August 31, so that worked out well for me. It was pretty late when I arrived, so I went right to sleep so I could get up early for an alpine start on Thursday morning.

My alarm went off at 4:00am and I quickly got ready and finished the drive over to the Humphreys Peak Trailhead. It wasn’t far away and I was on the trail hiking by the light of my headlamp by 4:40am. It was a cool morning, very humid out and everything was covered with frost. Most of the trail is in the trees until you reach the top of the ridge and views are limited, so I’m glad I started hiking in the dark.

Entering the Kachina Peaks Wilderness by the light of my headlamp. 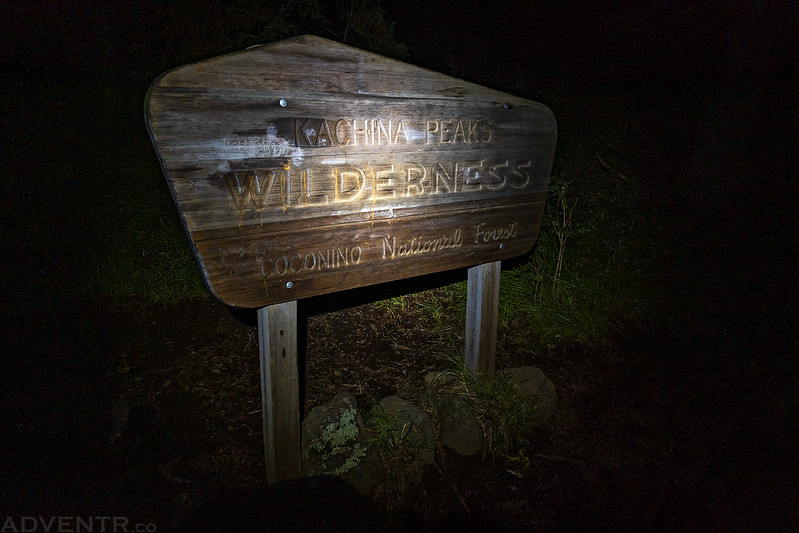 Just before sunrise I stopped at one of the only small clearings along the trail and saw that there were low clouds to the west of San Francisco Mountain this morning. 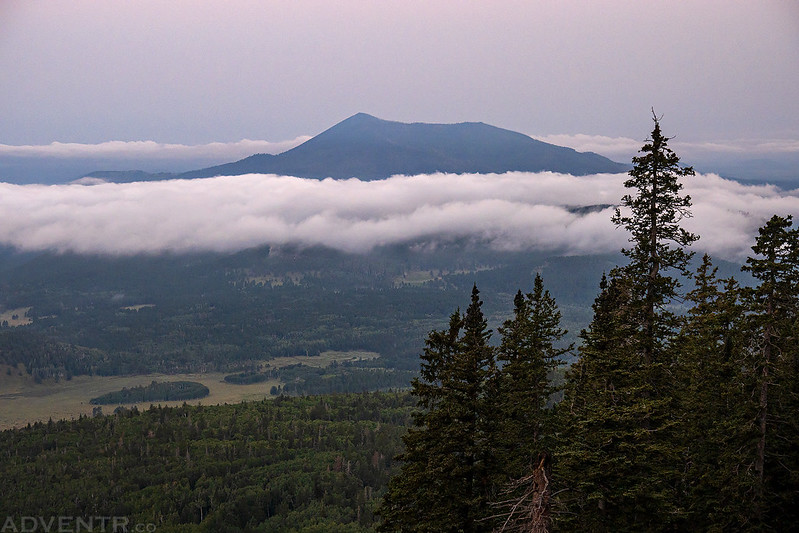 Views above the clouds at sunrise… 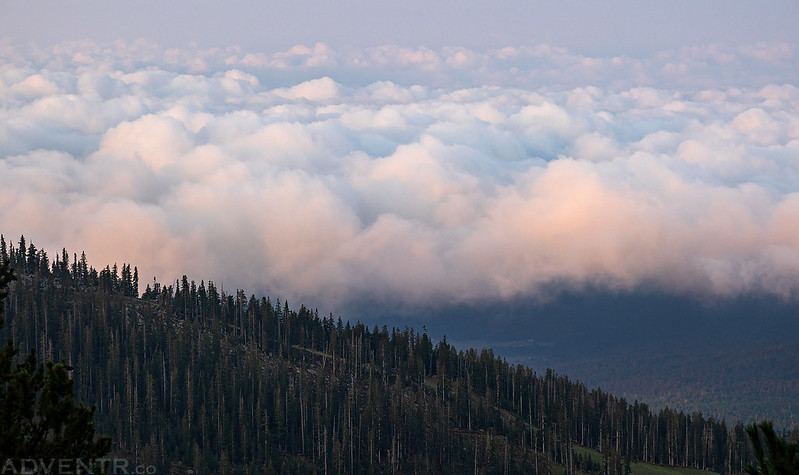 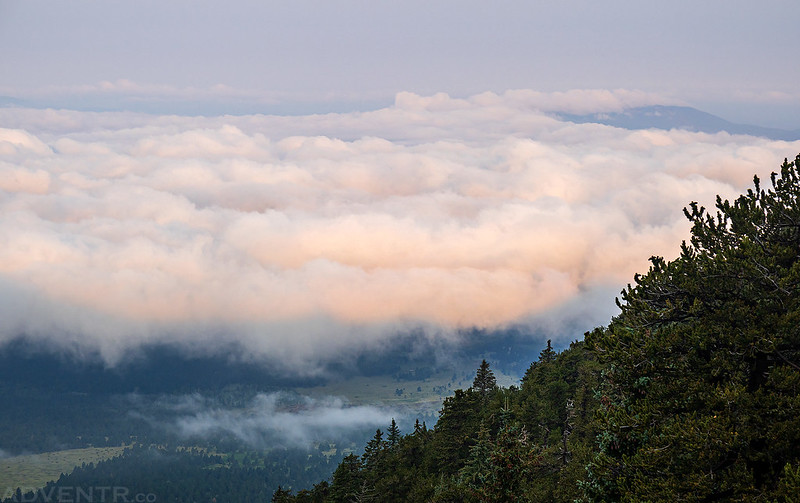 As I neared the ridge, I entered a forest of bristlecone pines and the views began to open up more. 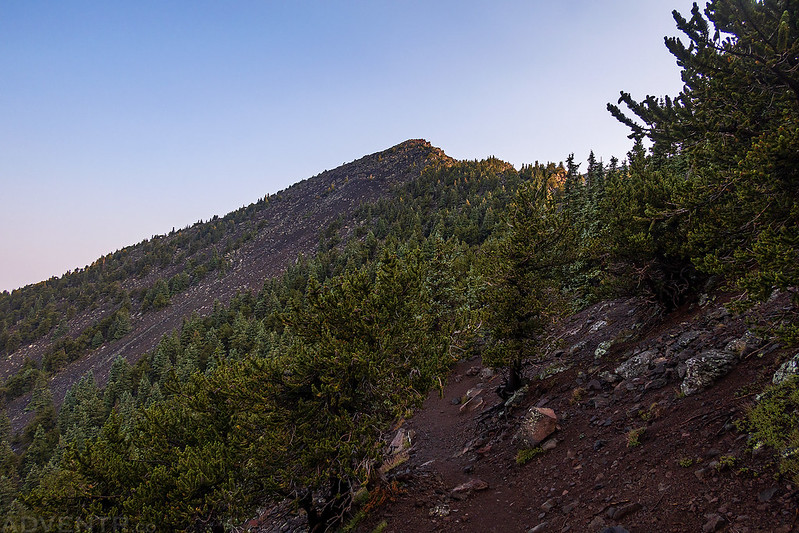 When I reached the top of the ridge I had a view into the Inner Basin that was filled with smoke. 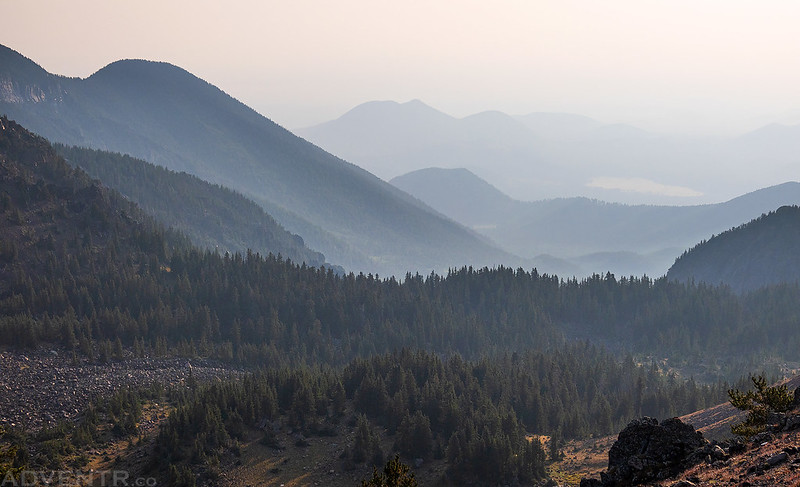 The trail turned left and I started following the west side of the ridge toward the summit. 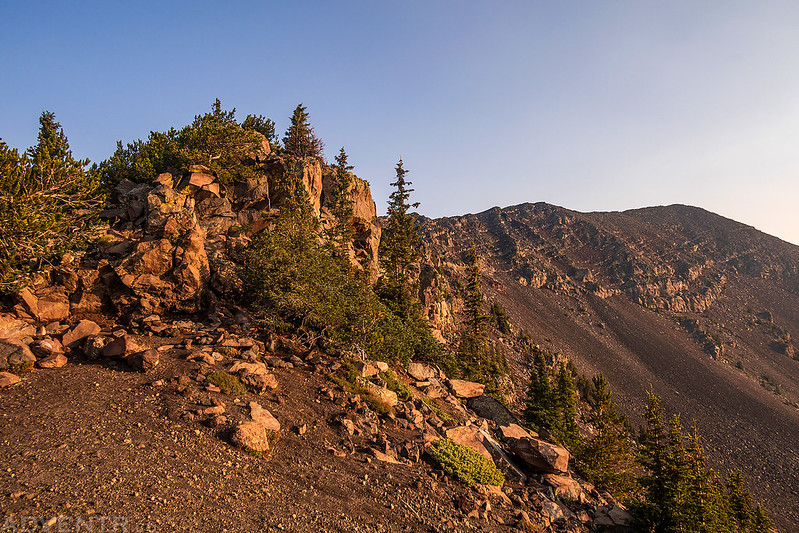 There were a number of these ‘trail markers’ along the way. 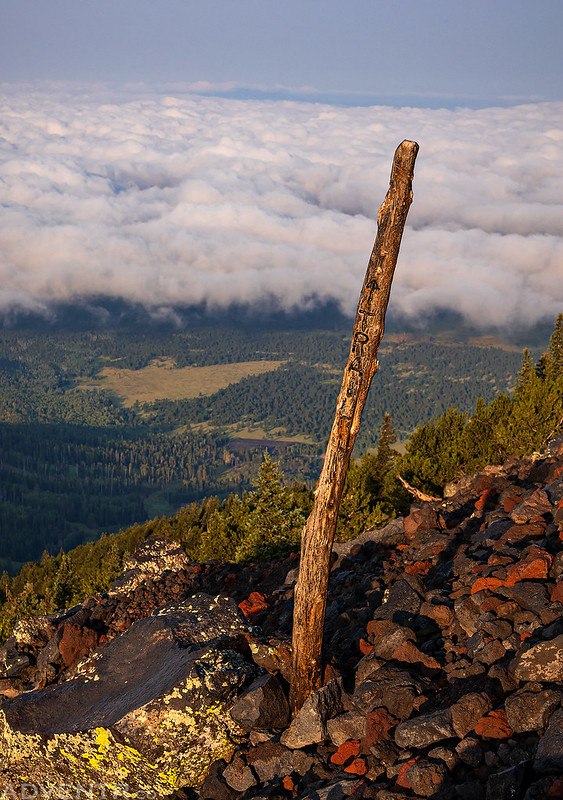 Looking back along the ridge to Agassiz Peak and Fremont Peak. 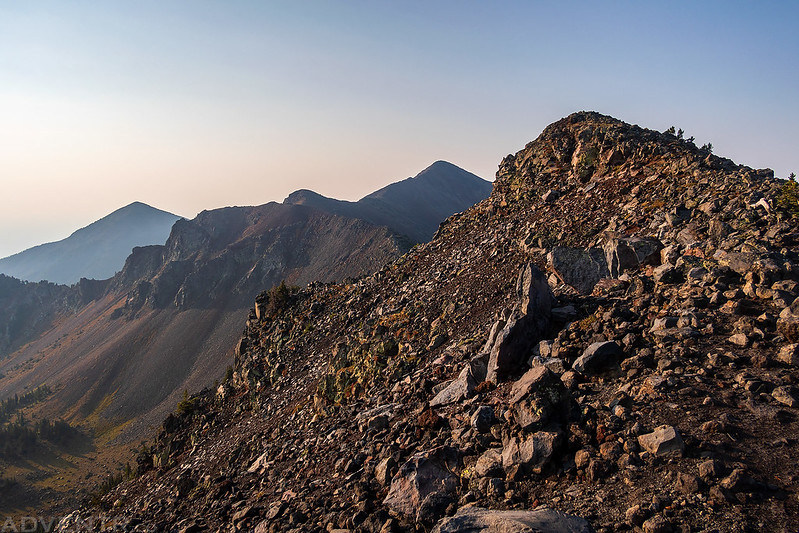 Looking down on the dissipating clouds surrounding Kendrick Peak. 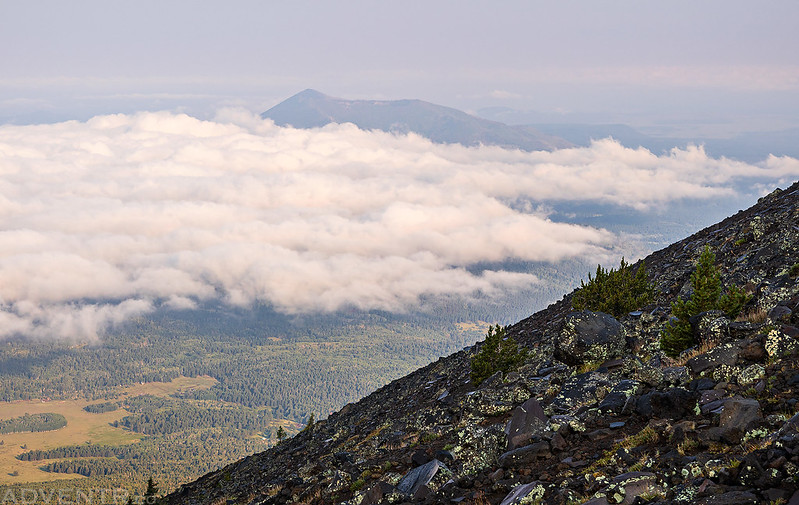 Rocky Ridge above the clouds. 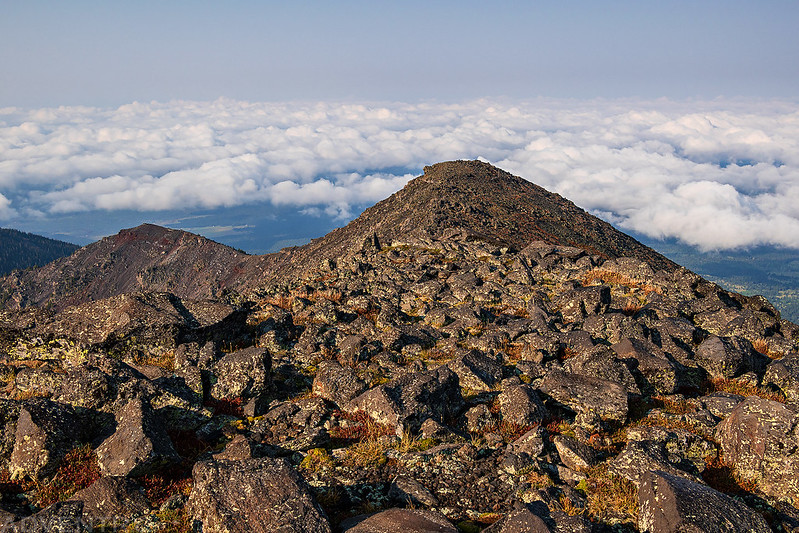 At the base of the final climb to the summit. 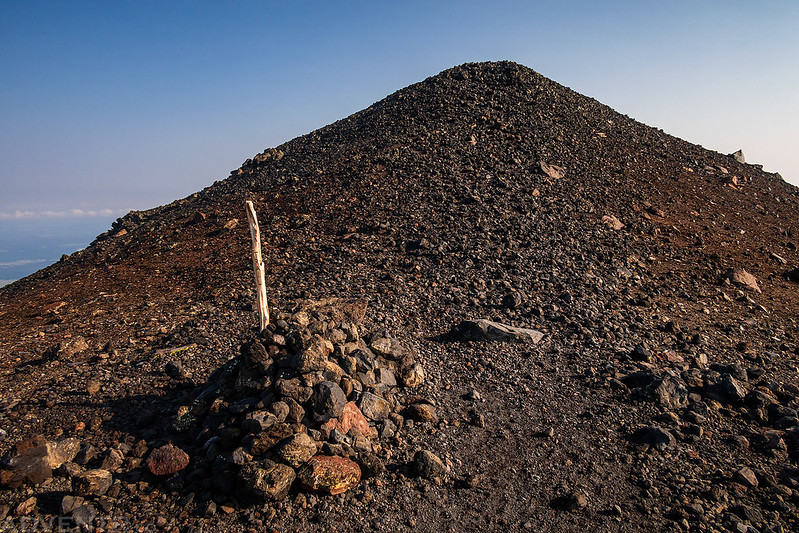 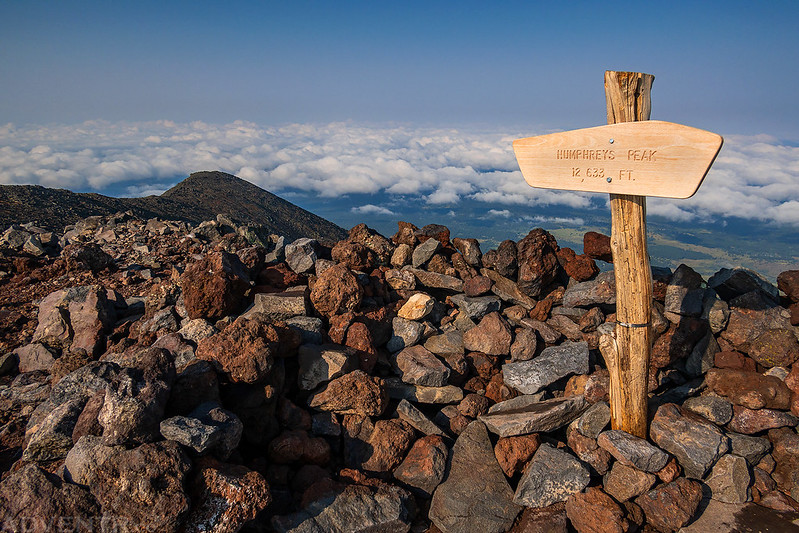 A smoky view from the top of Arizona. 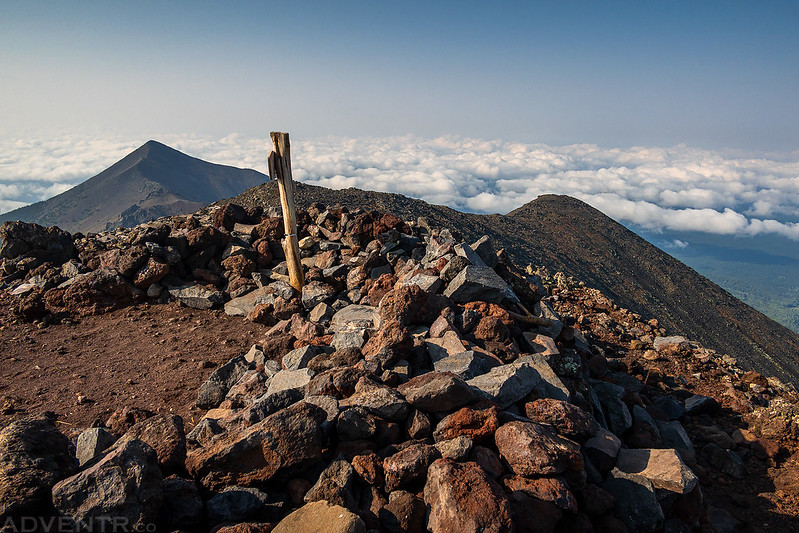 Looking down the northeast ridge from the summit. 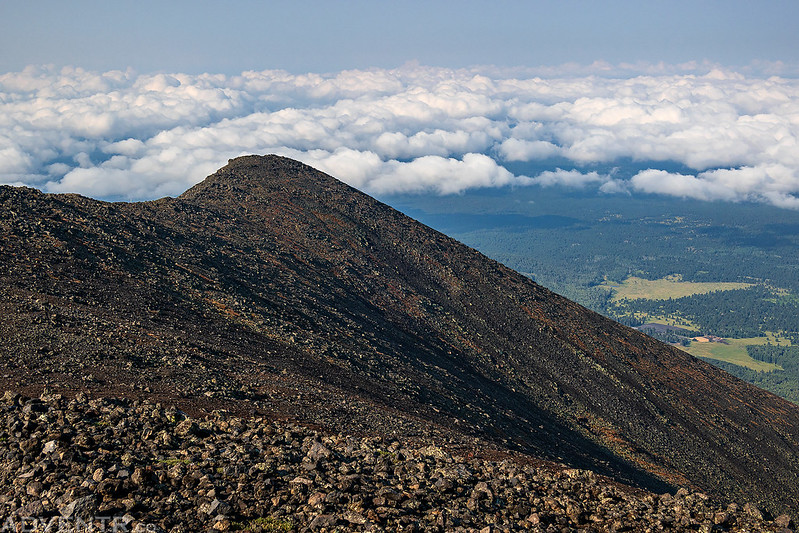 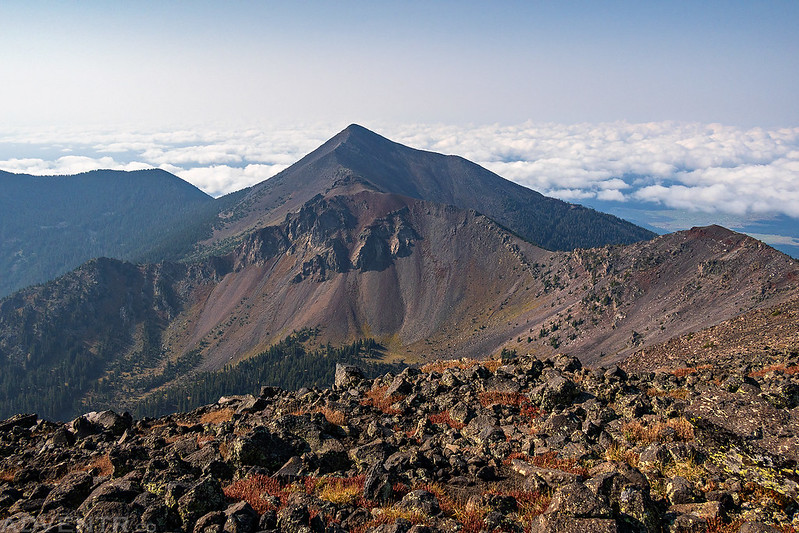 After spending some time enjoying the views from the summit, it was time to start heading back down. I hadn’t crossed paths with any other hikers on the way up the trail or on the summit and didn’t encounter anyone else until I was on my way back down. I passed a couple people who had just reached the ridge and then a number of other hikers down in the trees. 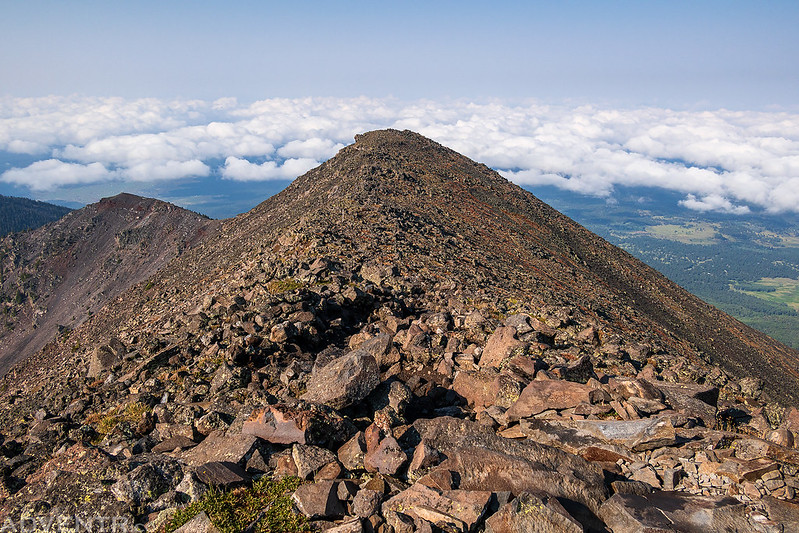 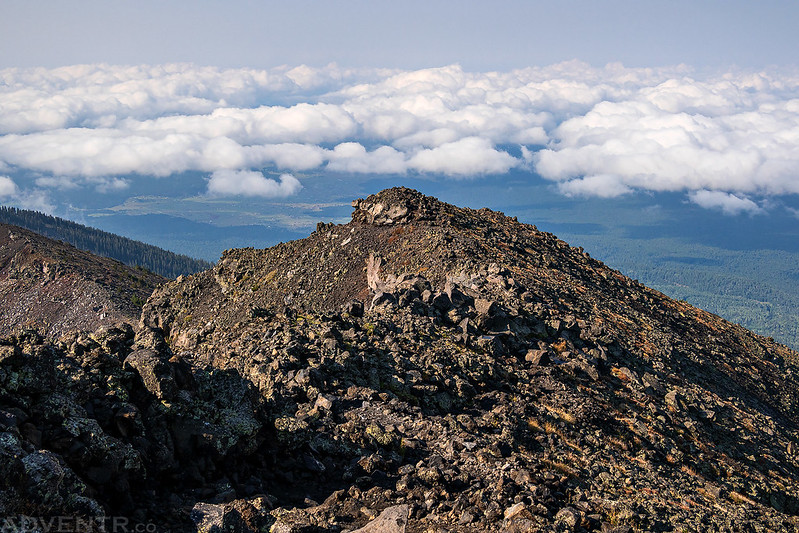 One last look into the smoky Interior Valley. 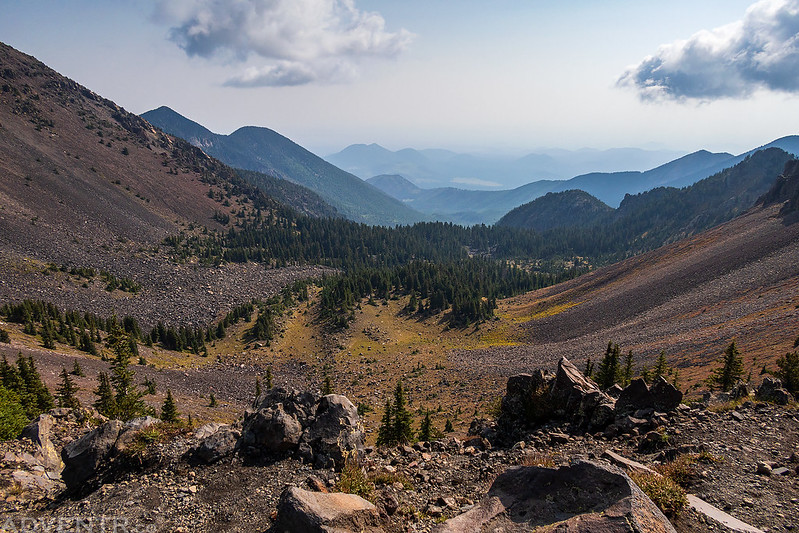 Just as I was about to descend from the ridge back into the trees, I noticed that clouds were quickly building around the peaks. 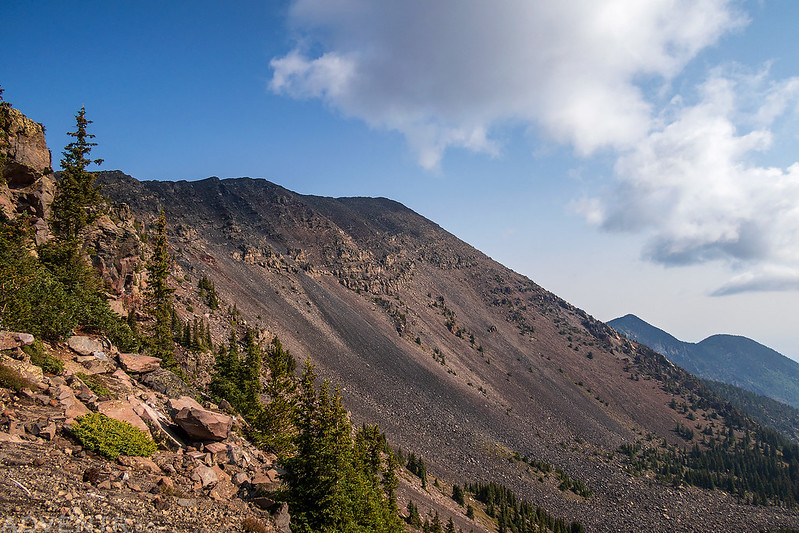 Leaving the Kachina Peaks Wilderness- this time in the light. 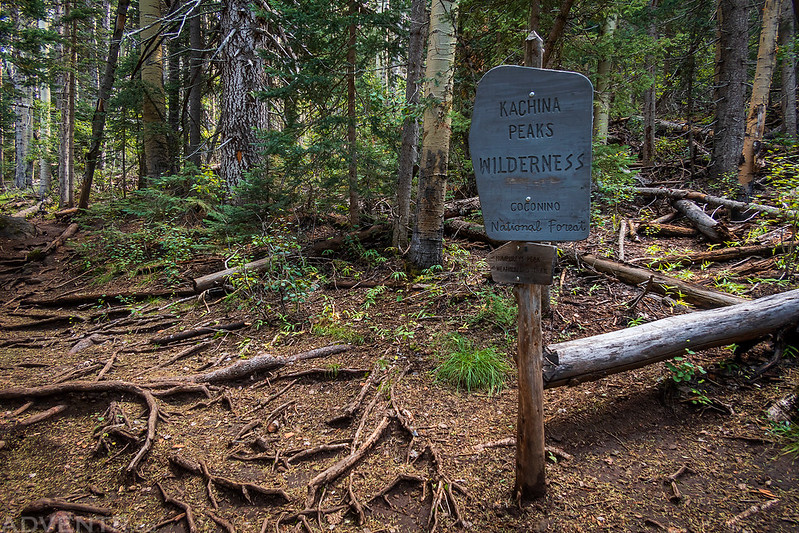 Back down to the Arizona Snowbowl Ski Resort. 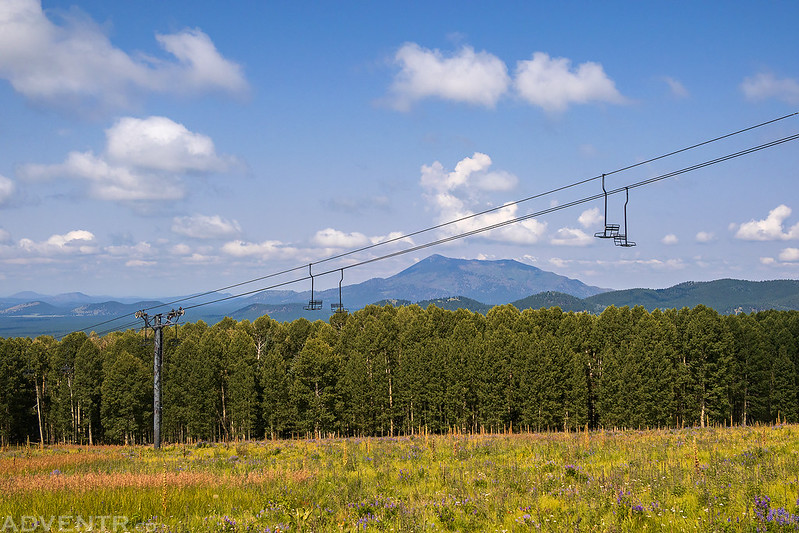 As I returned to the trailhead just after 11:00am, I turned around and noticed that the peaks were now shrouded in clouds. 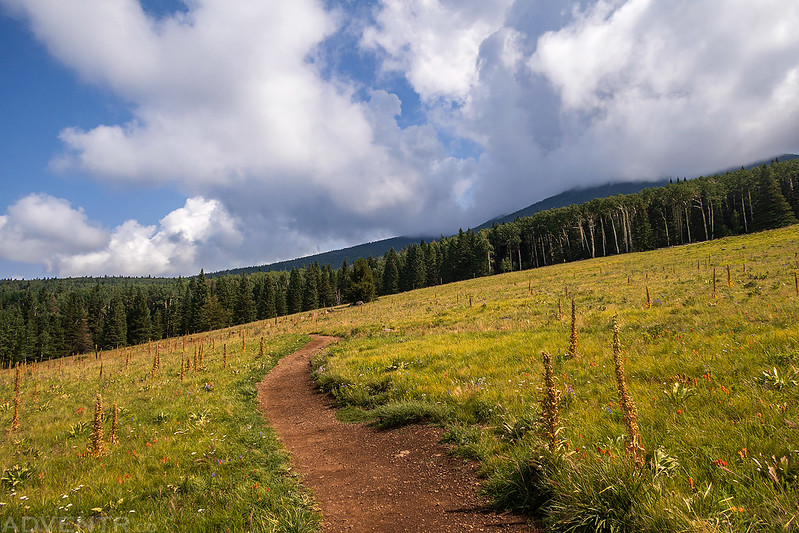 I returned to Flagstaff for a quick lunch and was able to see that the San Francisco Peaks were most definitely socked in the clouds, so I’m glad that I got an early start this morning and was able to actually see from the summit! Then I left town and headed east to Grants, New Mexico.