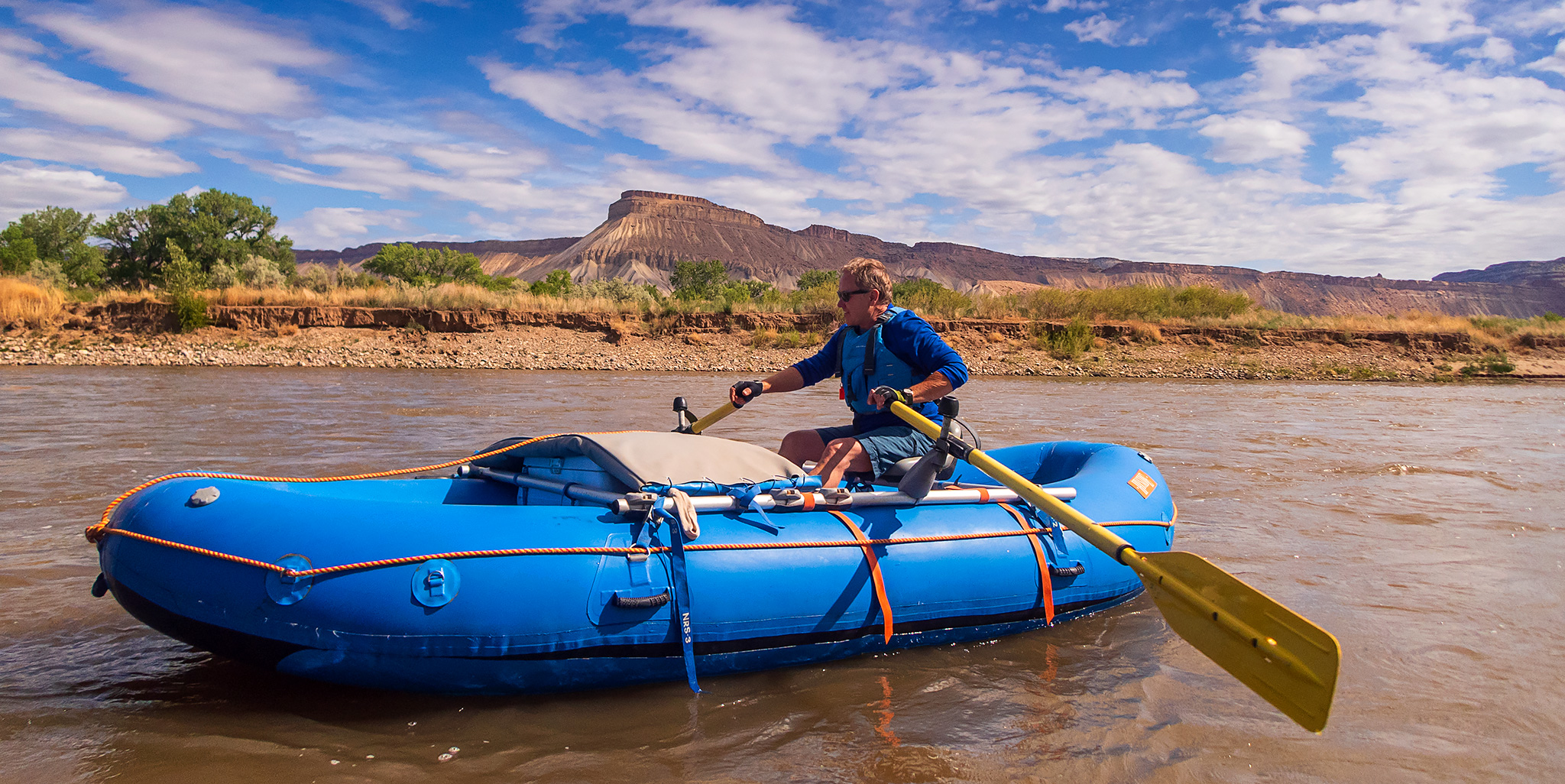 Chris decided to take his hardshell kayak out on the river today. 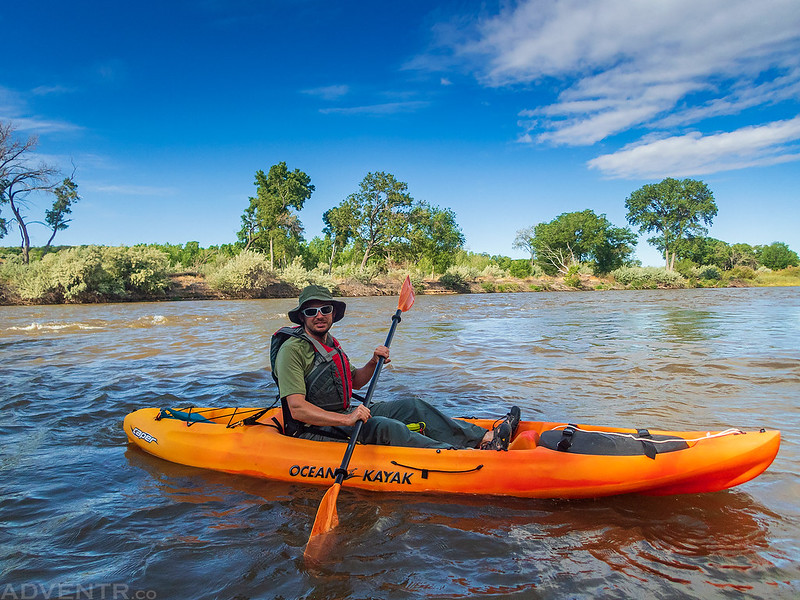 Here’s a shot of Jackson and Ken right after we took off from Riverbend Park. 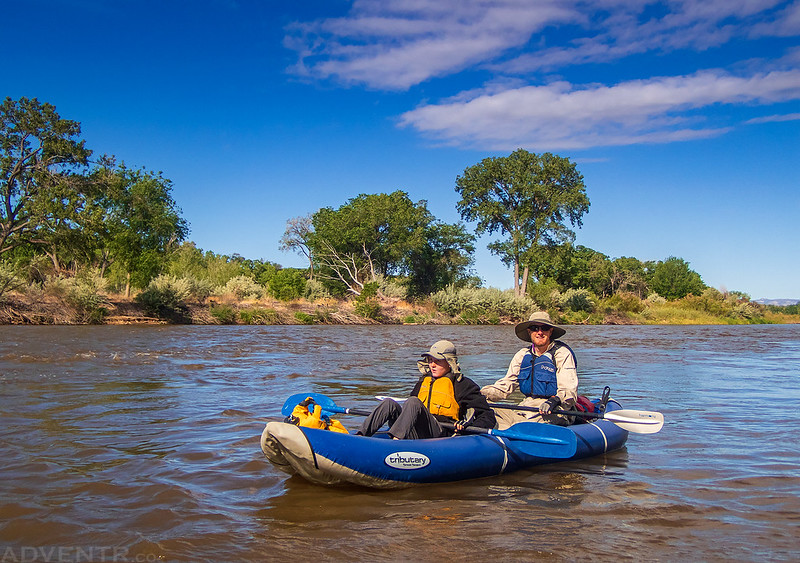 The clouds were looking nice this morning. 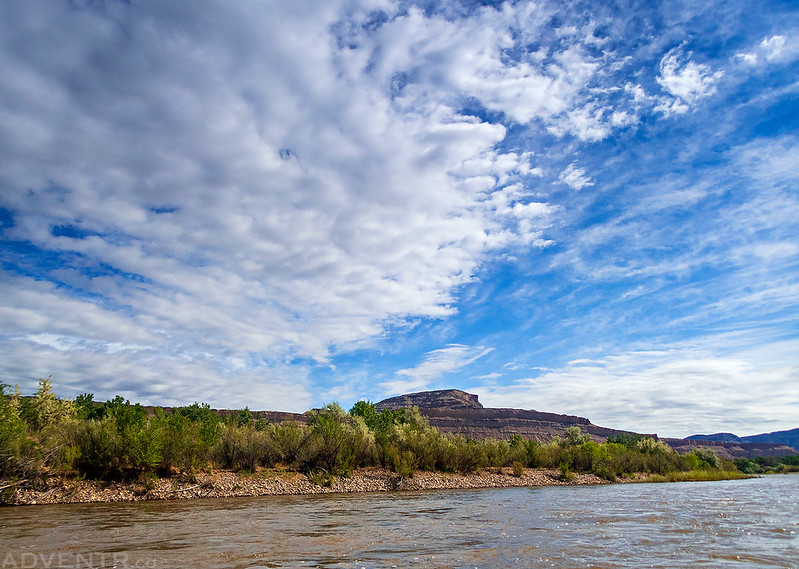 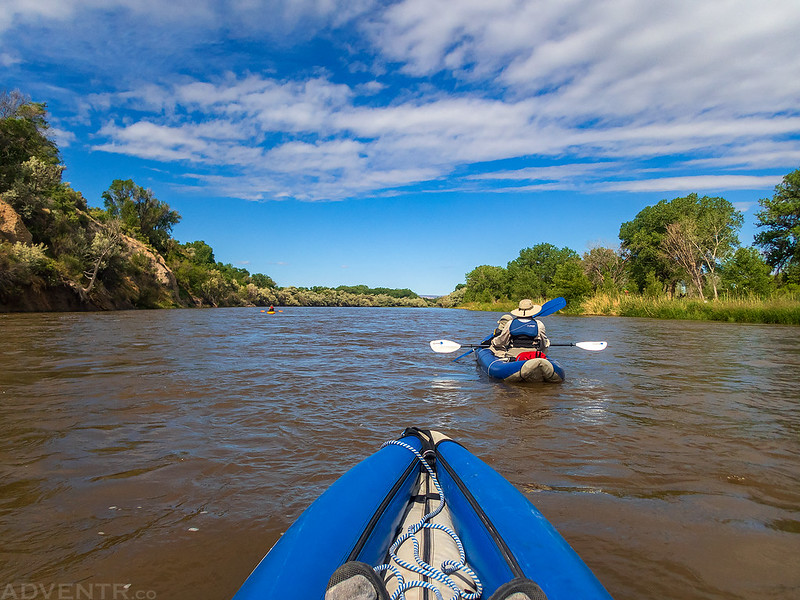 We would get an occasional view of Mount Garfield through the trees along the river. 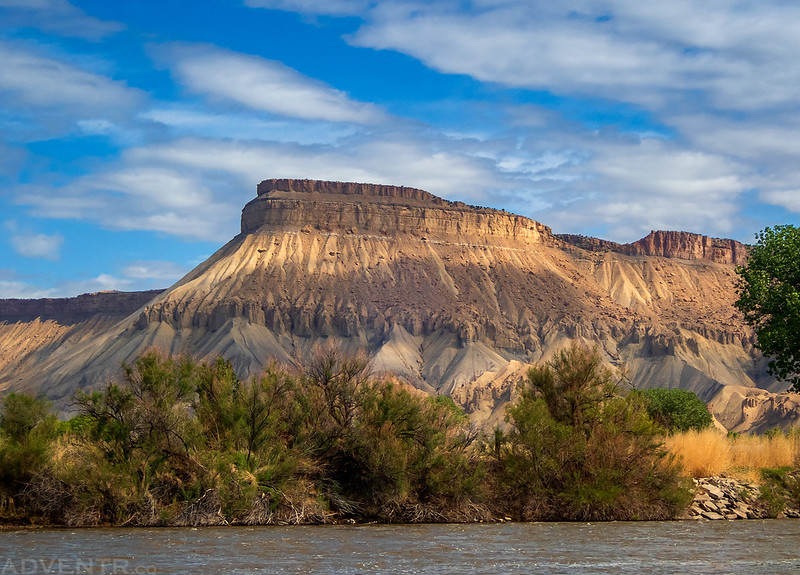 Steve in his raft. 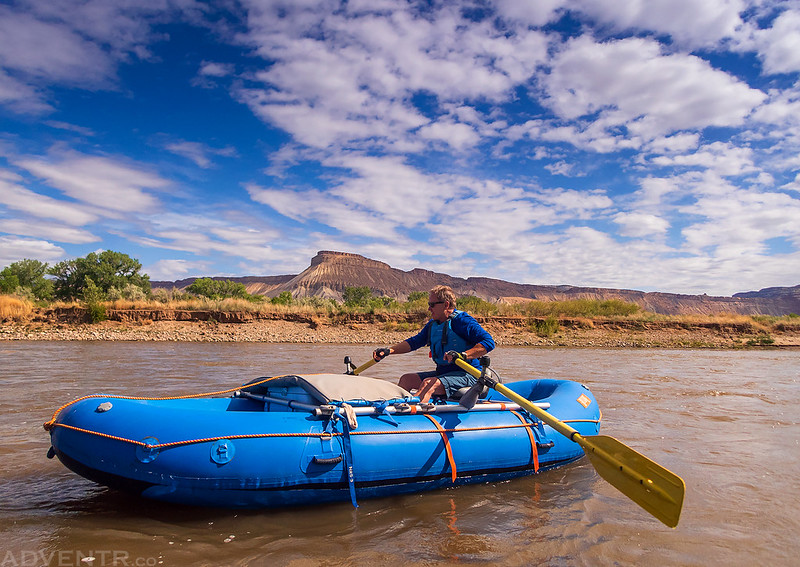 Chris floating down the river. 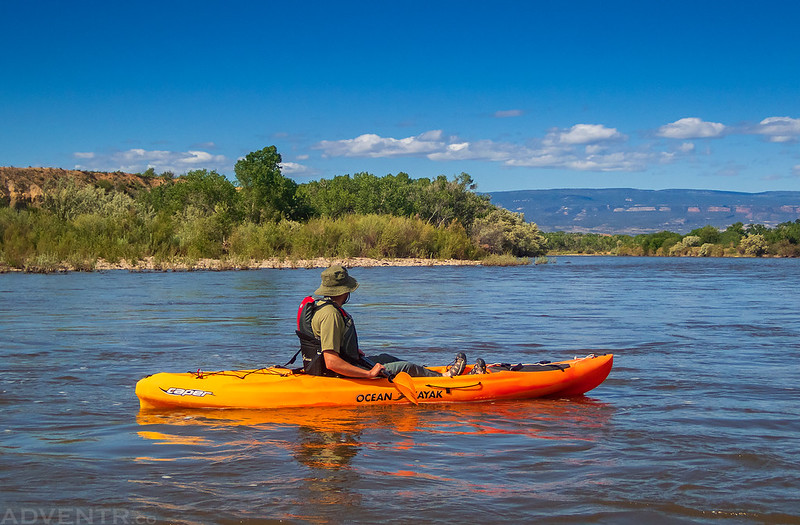 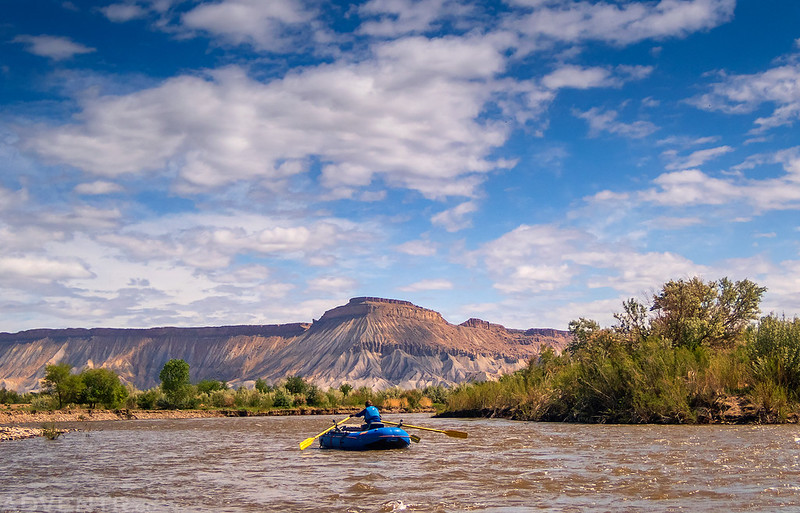 Cliff and clouds below Orchard Mesa. 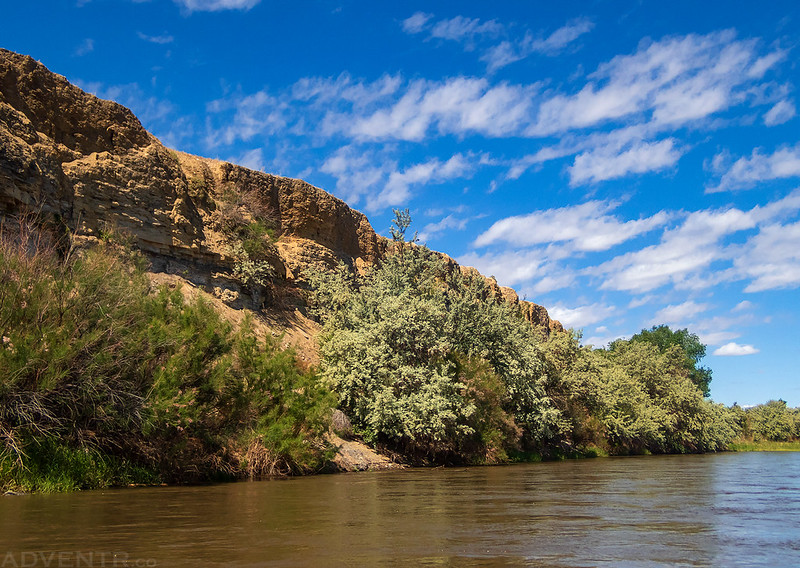 After passing underneath the Eagle Rim Bridge we decided to float through the brand new River Park at Las Colonias Park that Grand Junction had just recently built. 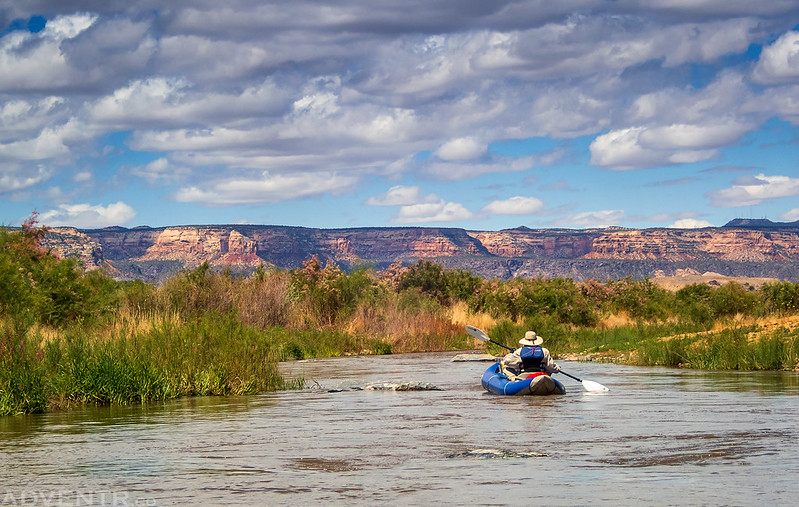 Take the left channel here to return to the Colorado River. 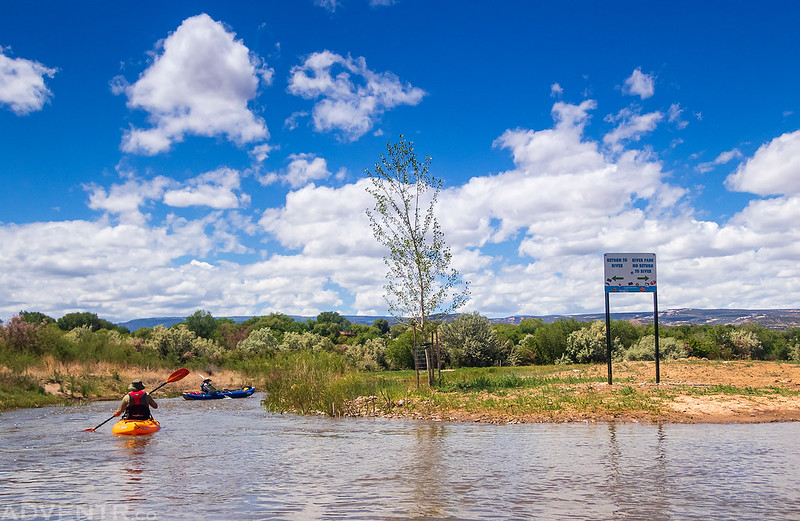 The River Park was the only place we saw a lot of people who were hanging out on the bank of the river throughout the brand new park. Unfortunately, the water flowing through this new channel was very slow and boring at this level. It was like a flat water lake in places, so we had to do a lot of paddling to get back to the Colorado River. I had been hoping they would build a whitewater park in town, but it seems they built a lazy river instead. After returning to the river we stopped on Watson Island just before the Fifth Street Bridge for a lunch break.

Just before meeting up with the Gunnison River, we floated below the old railroad bridge. 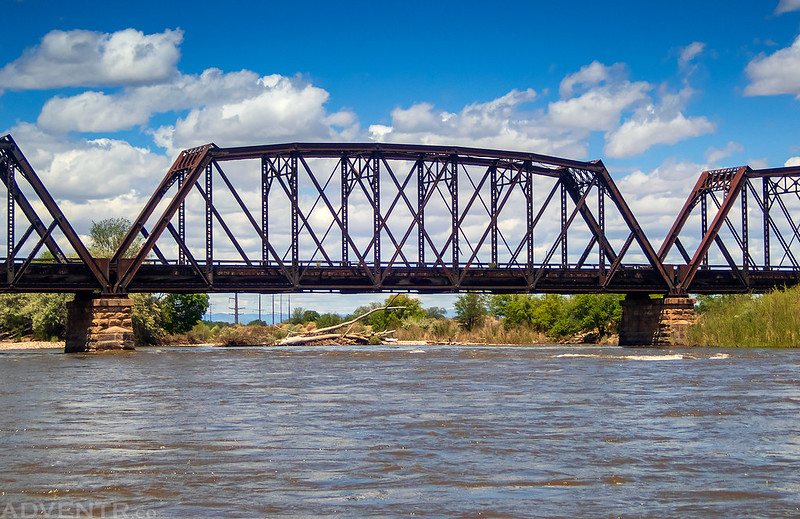 Jackson under the bridge. 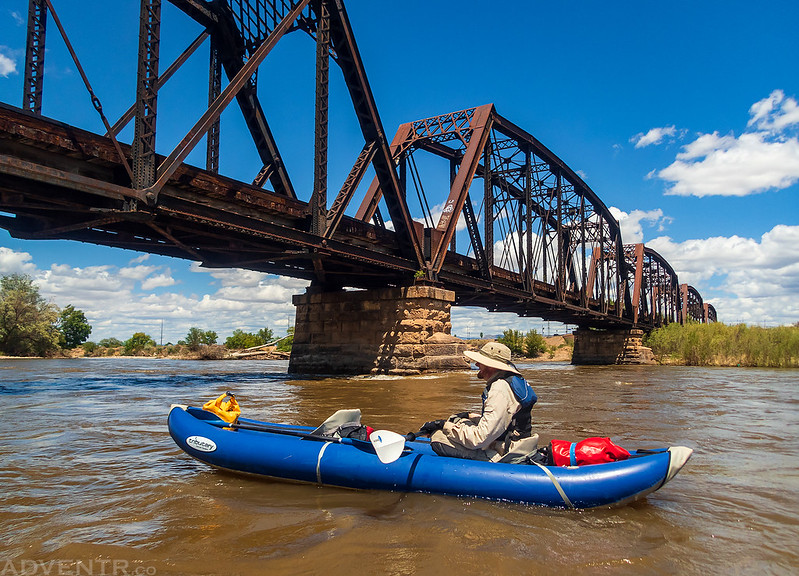 Aside from our short time floating through the Las Colonias River Park, we really didn’t see many other people on the river, which was nice. However, once we returned to the Redlands Parkway Boat Ramp we were surprised at just how full the parking lot was! There were either a lot of people headed downstream from here, or a lot of people had started after us. It was probably a combination of both. The wind also really started to pick up once we got off the river, so I guess our timing was perfect. It turned out to be a nice morning and early afternoon spent on the river with some good friends!