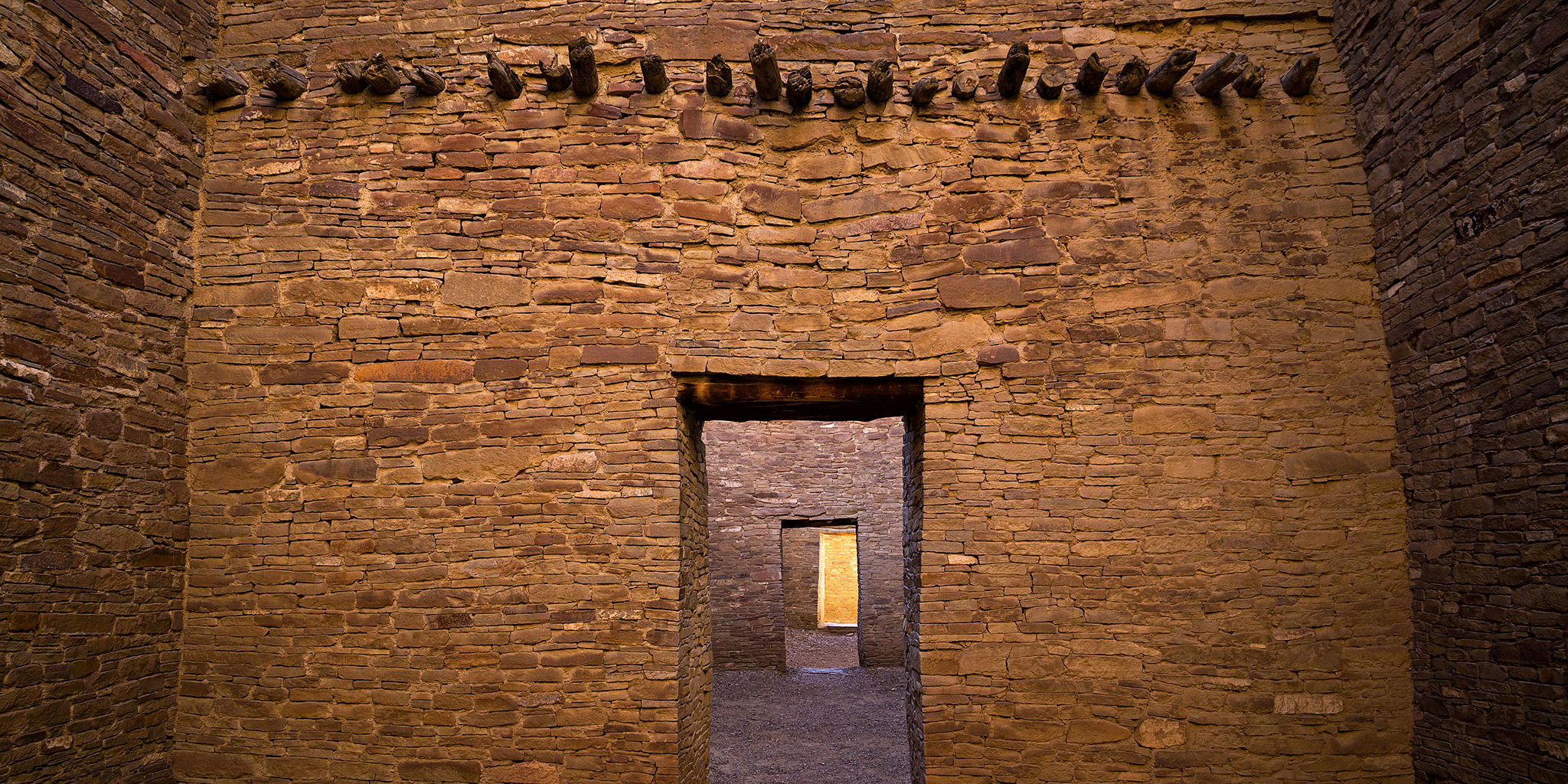 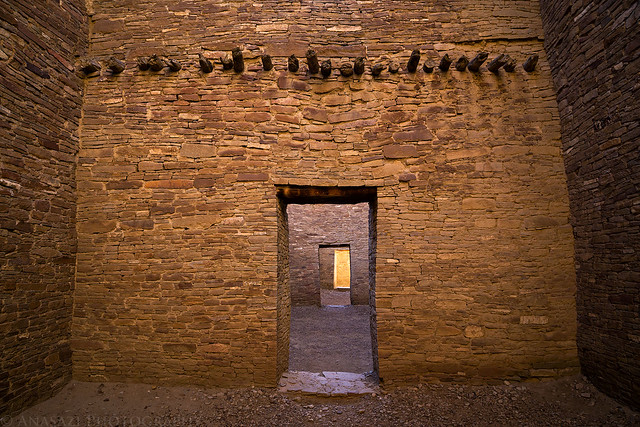 Doorways and nice light inside Pueblo Bonito in Chaco Canyon. 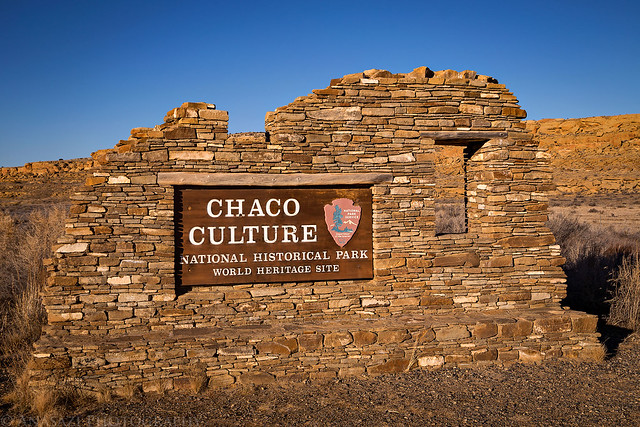 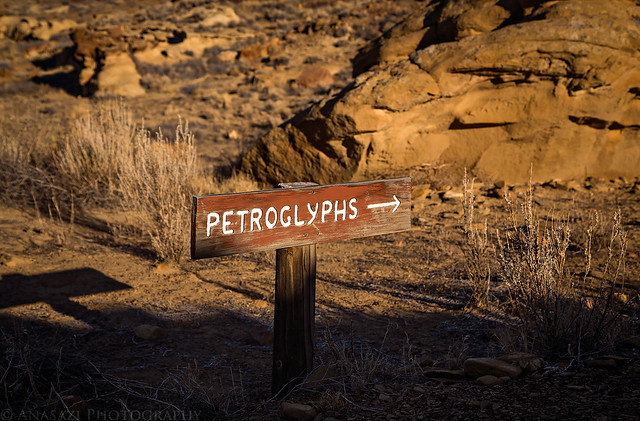 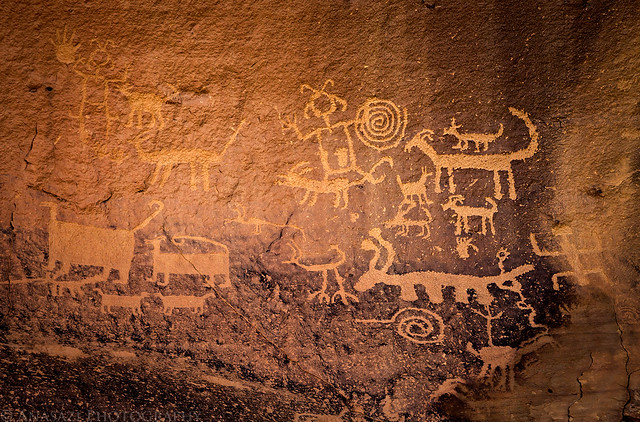 We spent a little time exploring Pueblo Bonito in the morning and photographing the many doors inside. 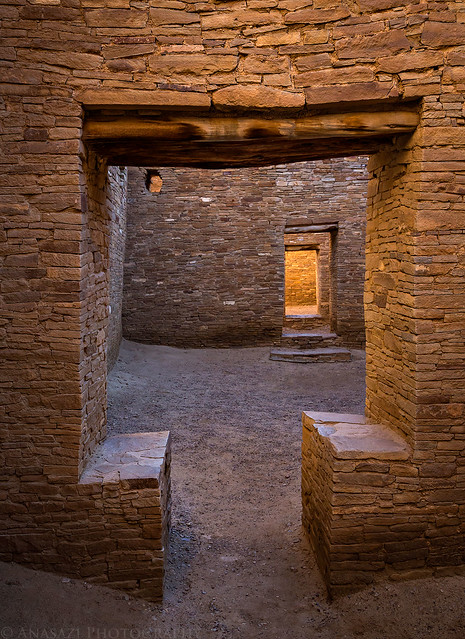 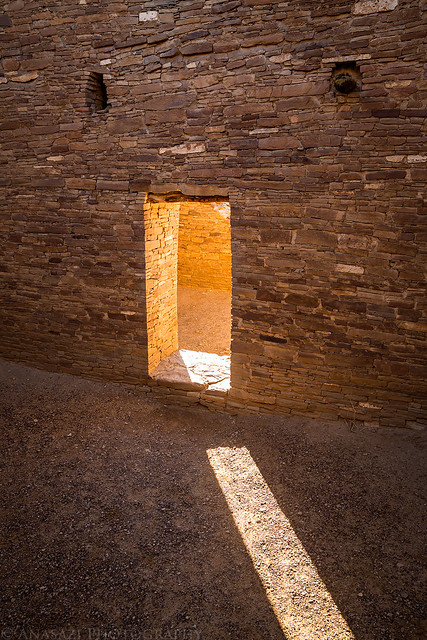 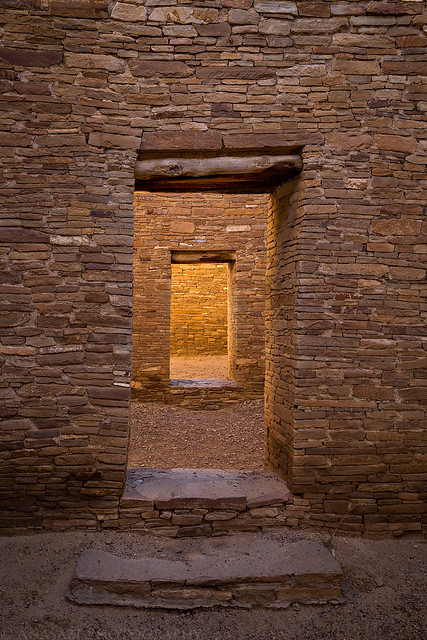 I just can’t get enough of the different shades of reflected light you can find here. 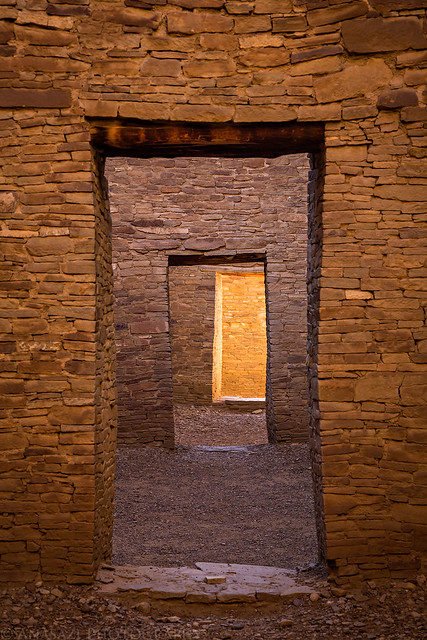 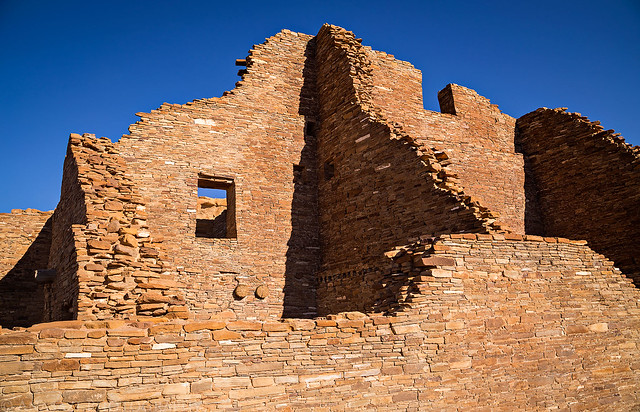 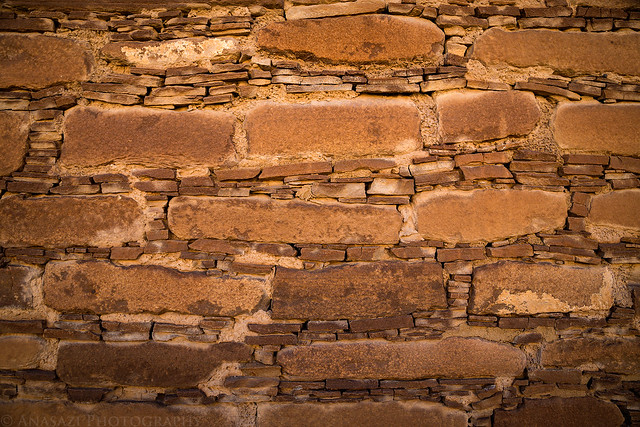 A big kiva at Chetro Ketl. 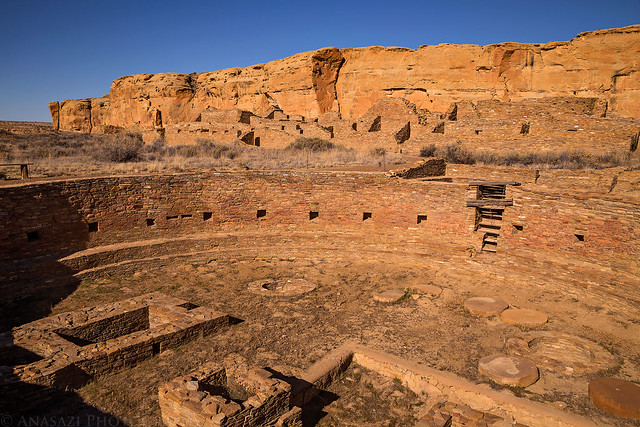 Climbing up the narrow slot to the top of the mesa at the beginning of out hike on the Pueblo Alto Loop Trail. 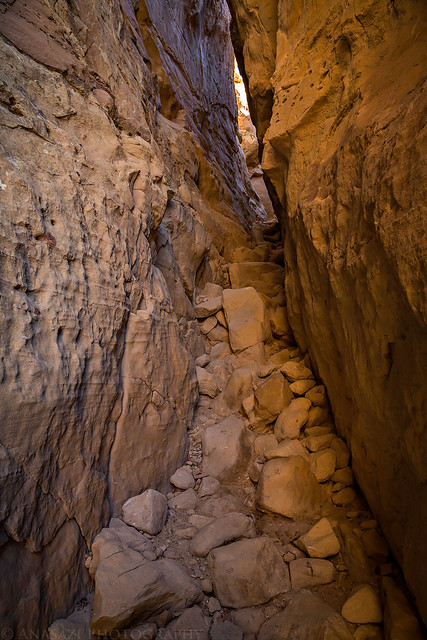 Diane hikes ahead to the New Alto Ruins on the horizon. 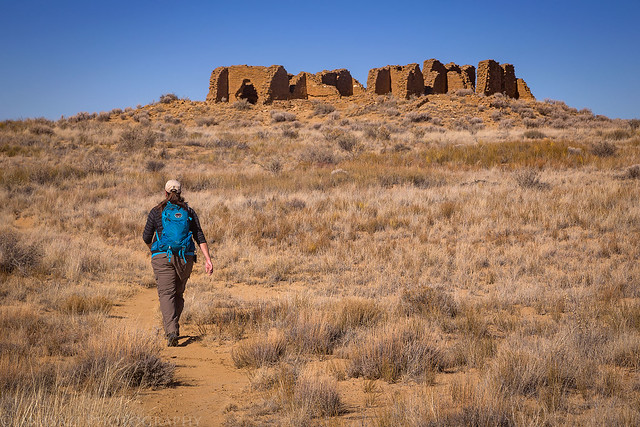 The oldest inscription we noticed carved into the bricks at the New Alto Ruins. 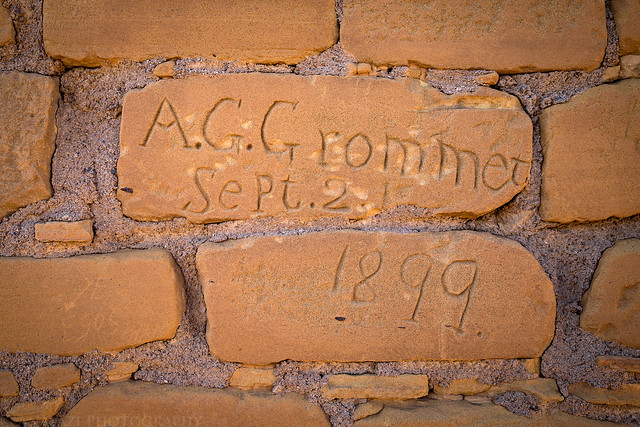 As we continued along the loop trail we passed the Jackson Stairway, part of the Chacoan Road system. 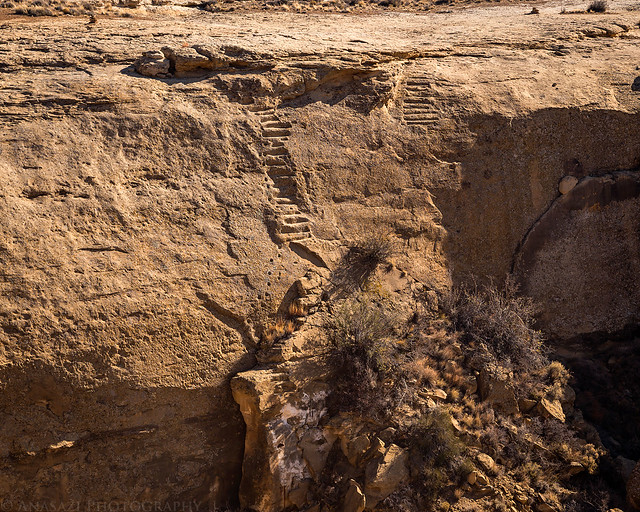 Overlooking Chetro Ketl and Pueblo Bonito from the trail along the edge of the canyon. 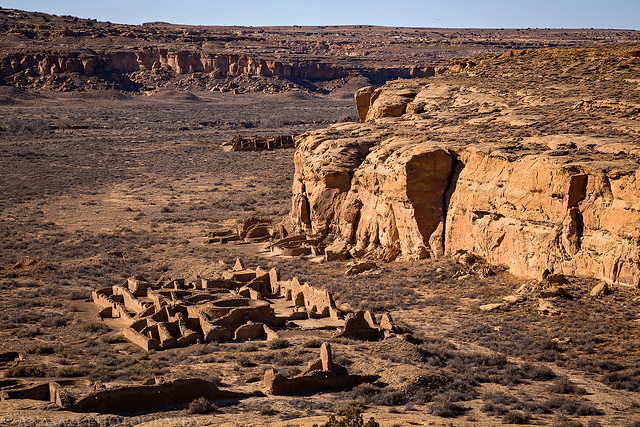 Hiking back to the beginning of the loop. 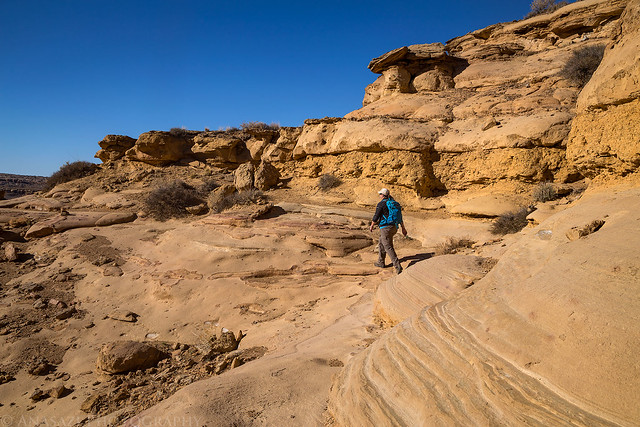 After finishing the hike and having lunch, we took a walk around Pueblo del Arroyo. 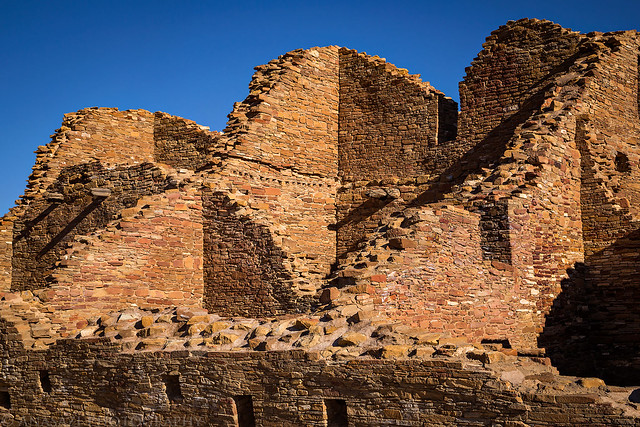 The Great Kiva at Casa Rinconada. 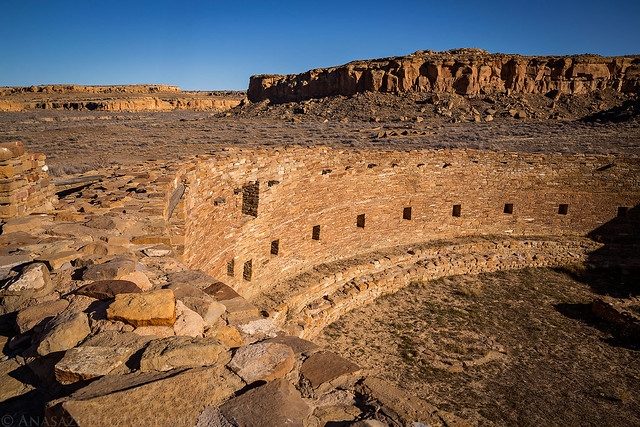 Driving along the loop road we passed this group of elk. 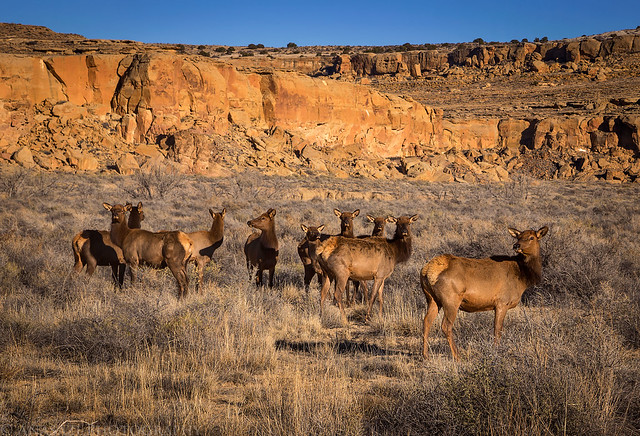 We returned to Pueblo Bonito at the end of the day. The light wasn’t as good as it was in the morning, but there were a few nice spots. 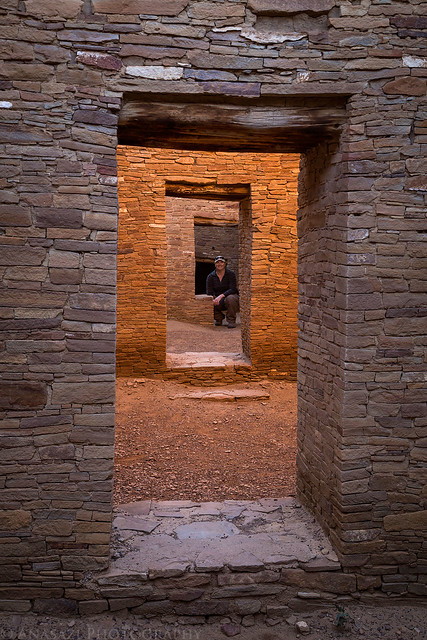 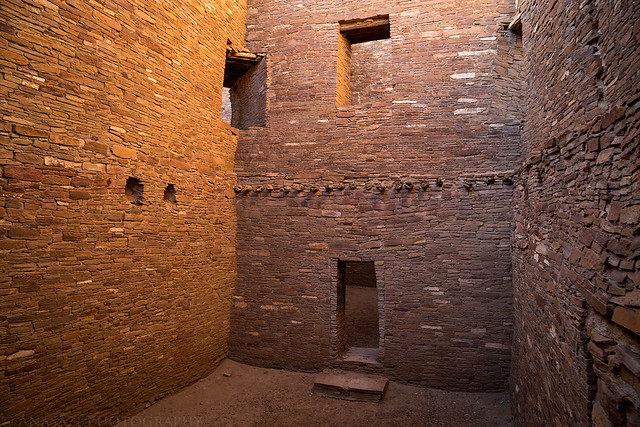 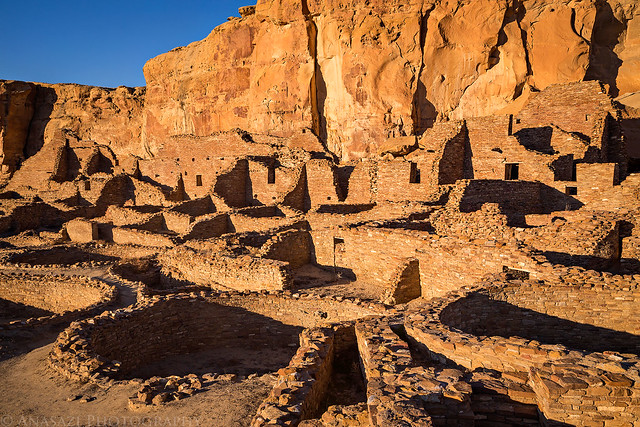