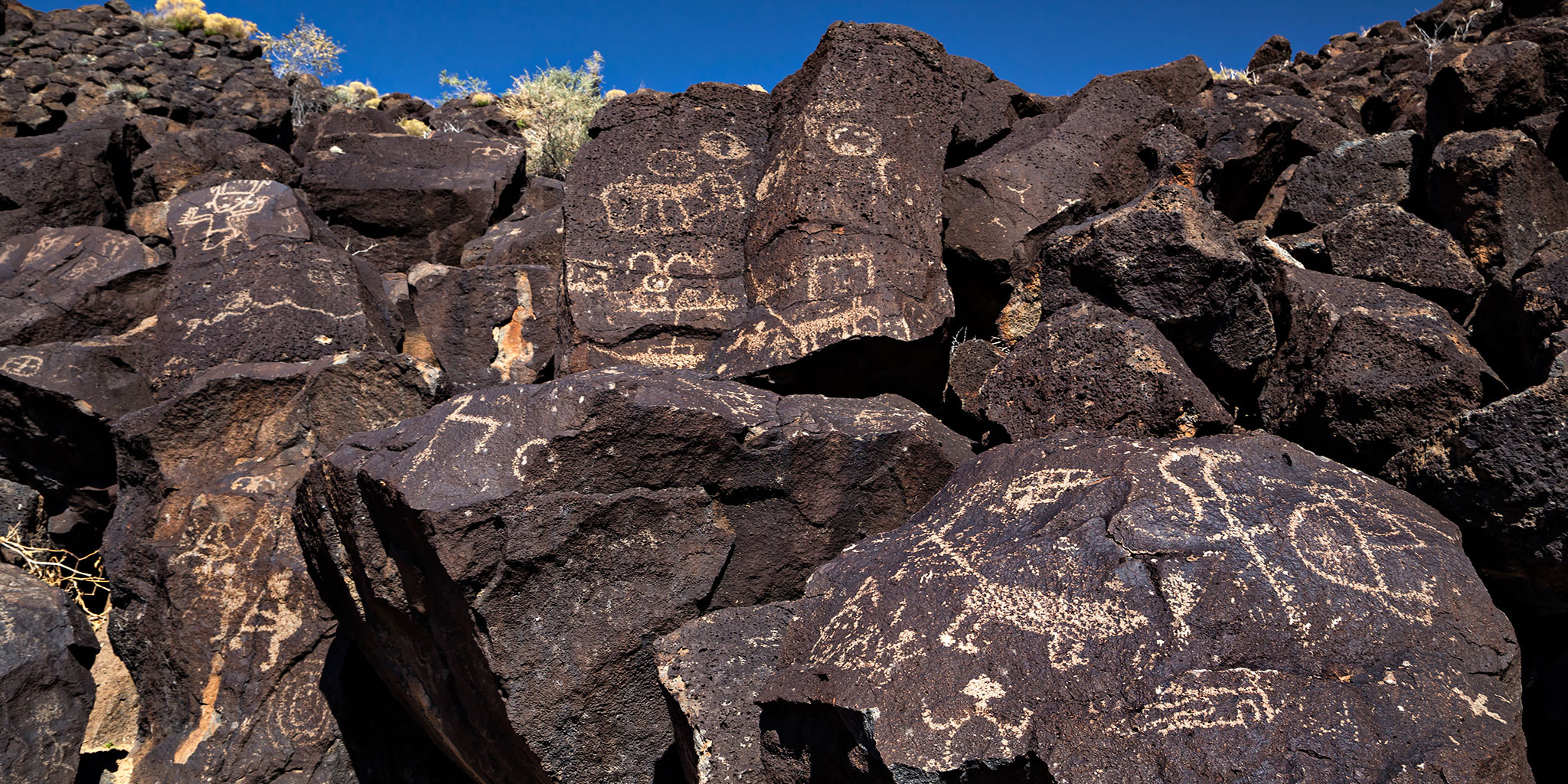 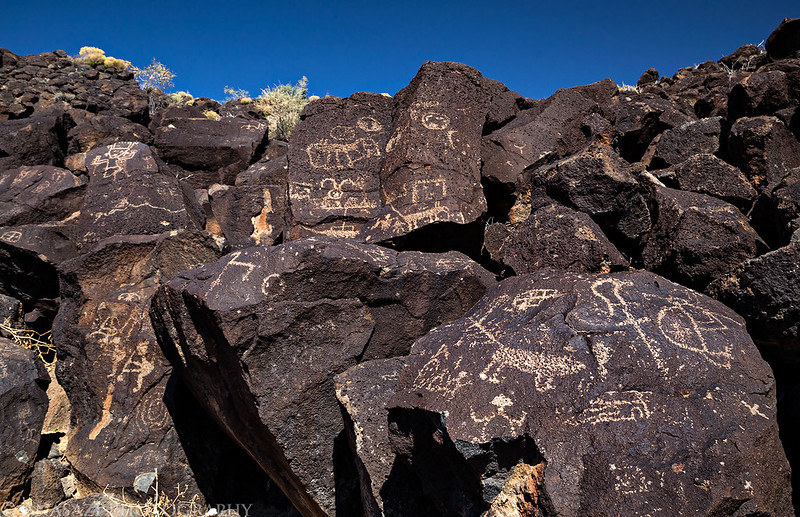 First, we stopped at the Visitor Center when they opened so Diane could pick up her last magnet of the trip and I could grab a map, since I really hadn’t done much research on Petroglyph National Monument ahead of time. The park consists of three separate sections that contain petroglyphs which are located a few miles away from each other. After looking at the maps and information about each section we decided to start with Rinconada Canyon since it contained the longest hiking trail of the three. I’m not going to lie, this hike really disappointed us since the trail and fencing kept us pretty far away from most of the petroglyphs. I definitely needed my long lens along this trail to get any decent photos of the petroglyphs, which I hadn’t brought with. 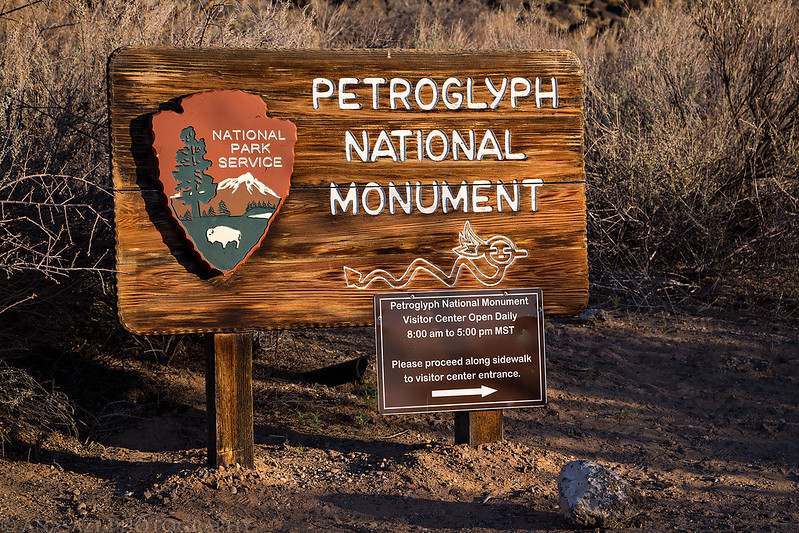 Following the trail and fence into Rinconada Canyon. 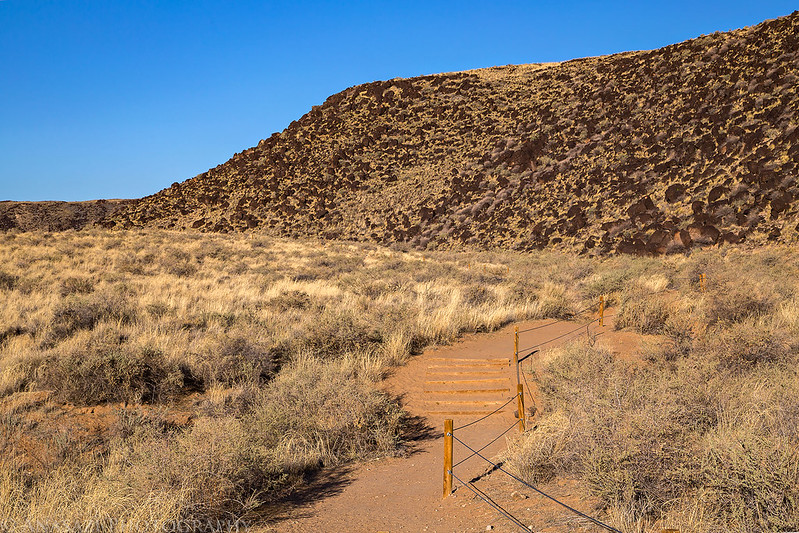 Zoomed in on one of the first boulders containing petroglyphs we spotted. 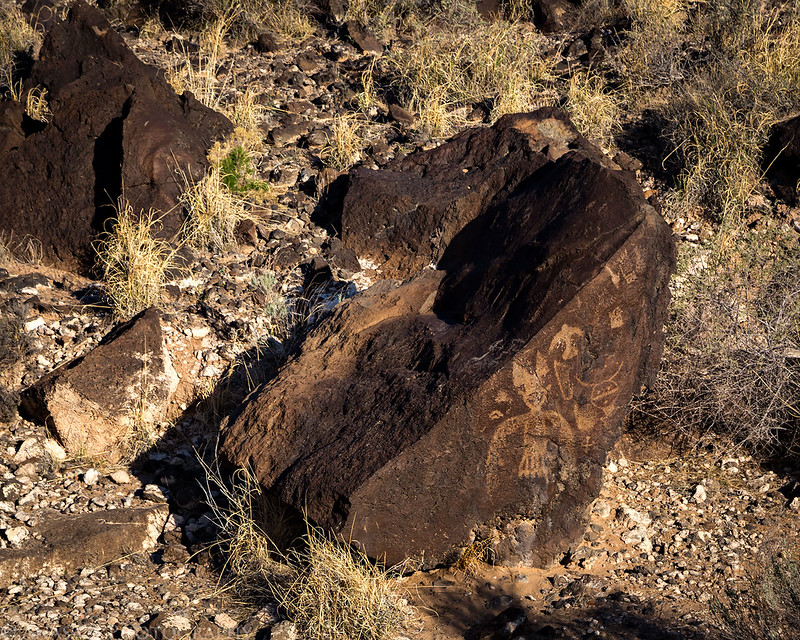 This was one of the better panels found here that wasn’t too far from the trail. 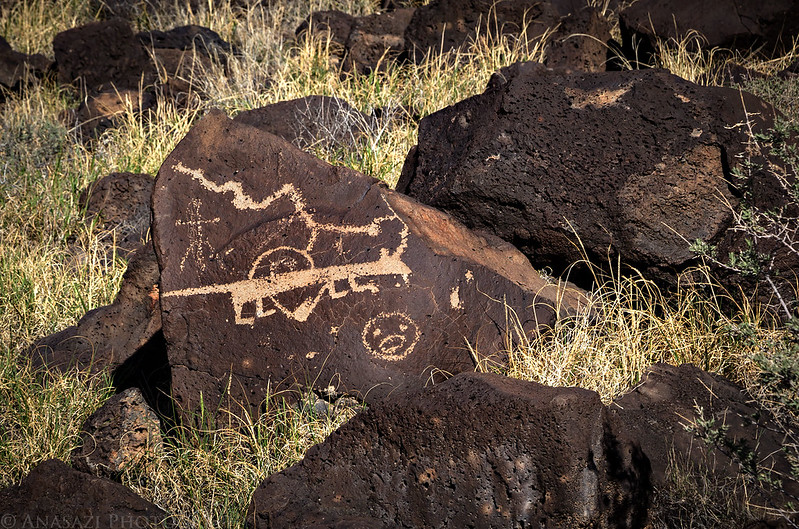 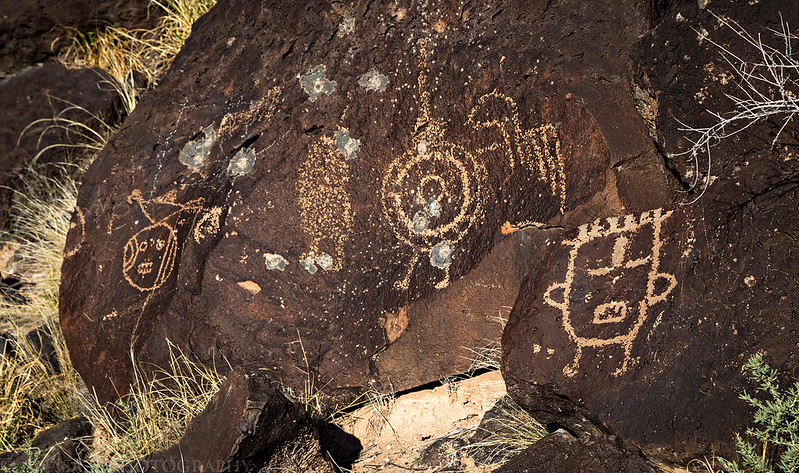 After finishing our hike on the loop trail through the canyon, we were worried that the entire park was going to be like Rinconada Canyon. We decided to give the Boca Negra Canyon section a try next. This is the most developed part of the park and it contains three very short trails. I had considered skipping this section because I was worried it was going to be crowded on a weekend, but I am glad we didn’t since there were a lot of good petroglyphs and the trails brought you up close and personal with them. It did start to get busy, but not until we were getting ready to leave. 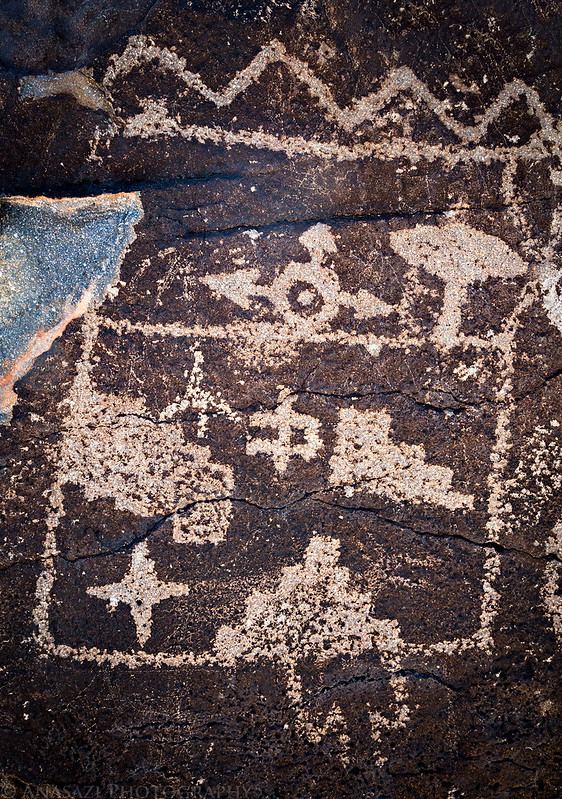 This Macaw petroglyph was my favorite from this section. 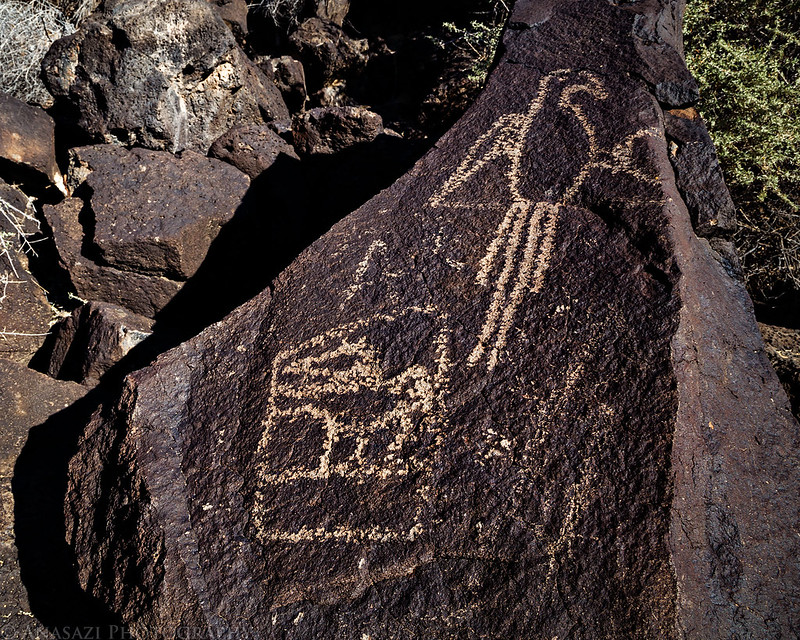 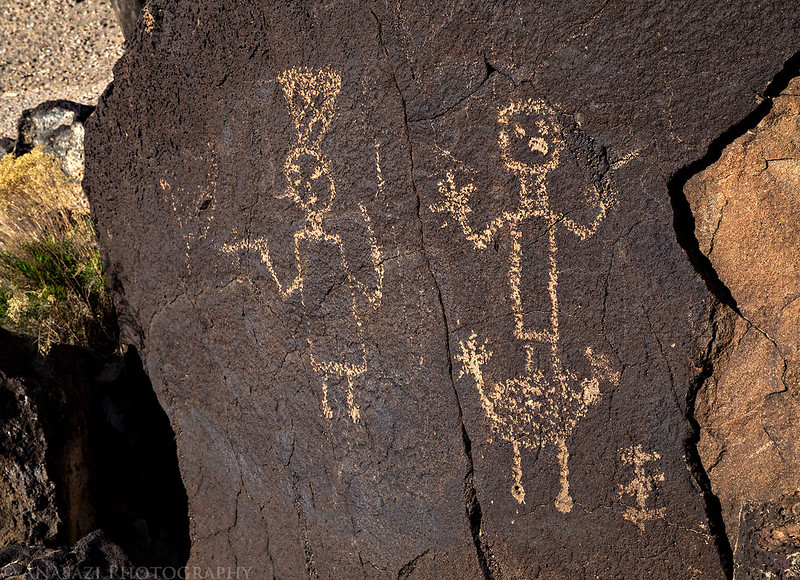 We finished exploring the first two sections of the park quicker than I had anticipated so we still had a little time to head over to Piedras Marcadas Canyon. I wish we had started here because this was our favorite section of the park. The trail was undeveloped and there were a lot of petroglyphs scattered all over the boulders in this canyon that you could explore more thoroughly. We spent more time here than we had planned and didn’t get to see it all. We will definitely come back here to continue exploring the next time we find ourselves in Albuquerque.

There were a lot of masks that were pecked around the edges of the boulders here. This was one of the best examples. 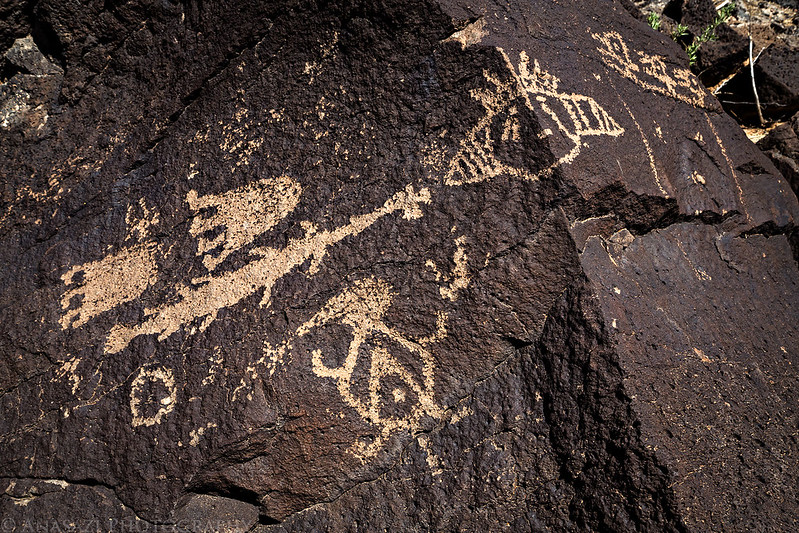 Here’s a strange one… 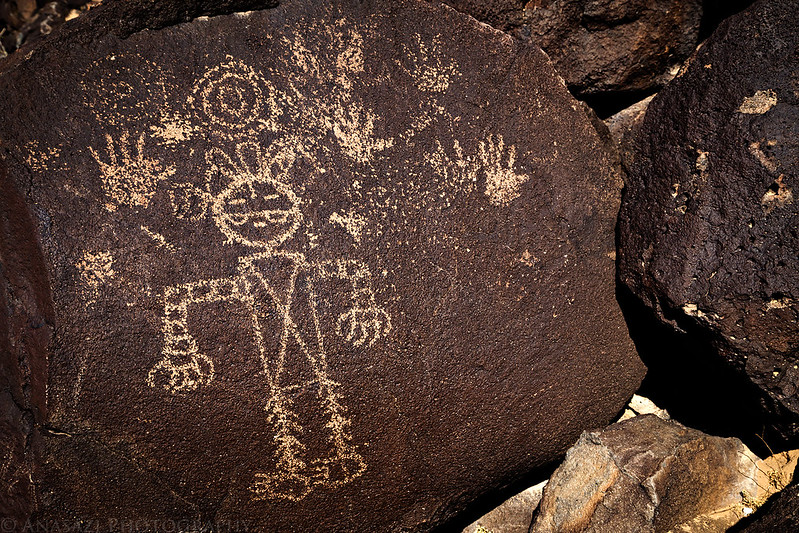 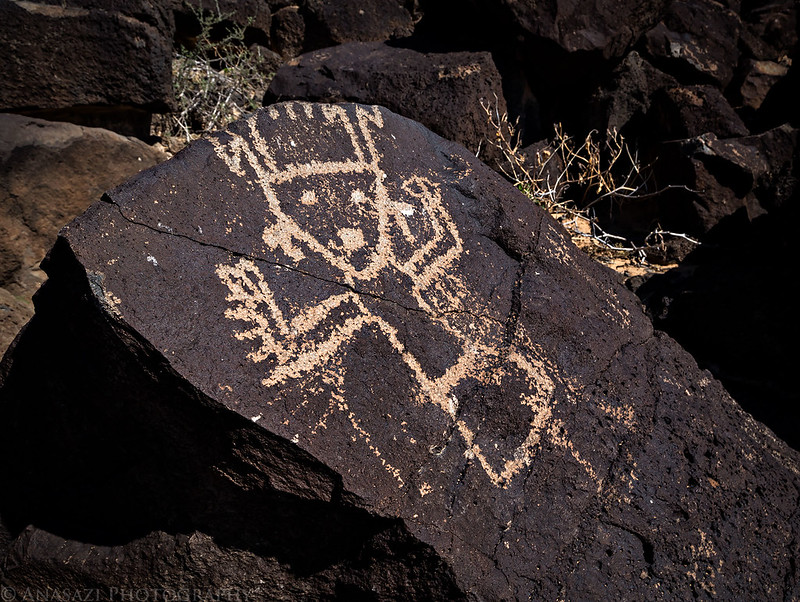 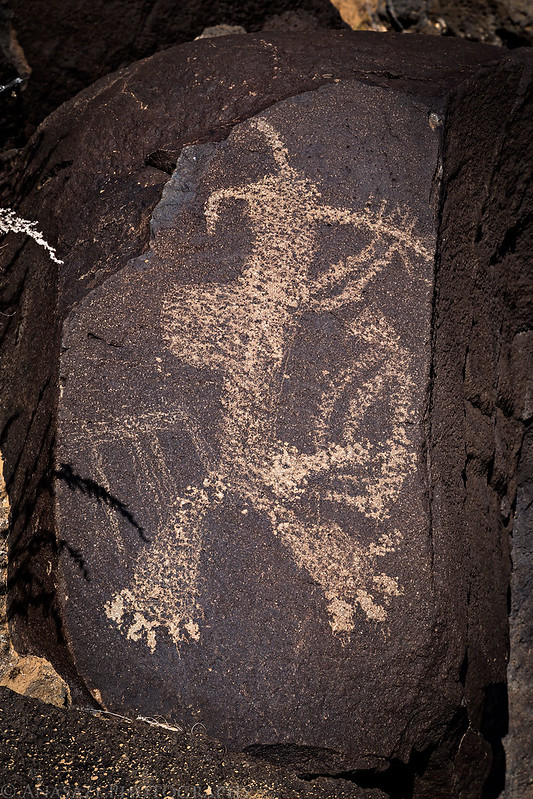 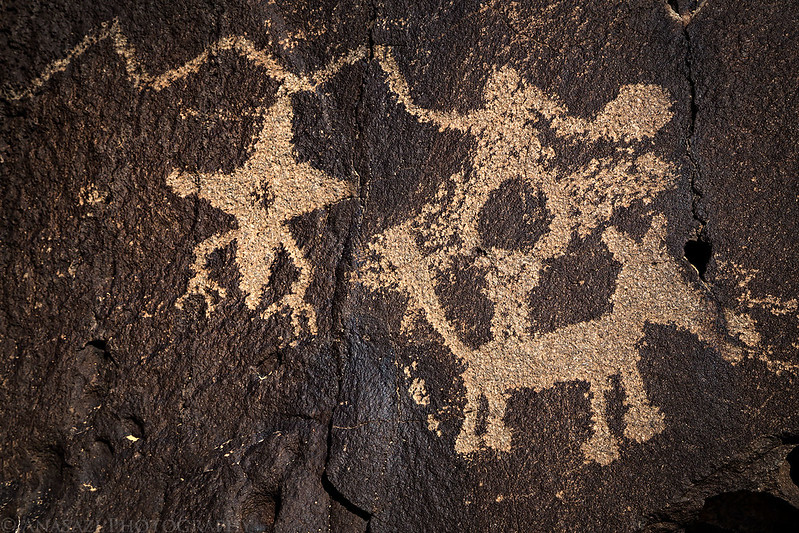 Another really unusual one… 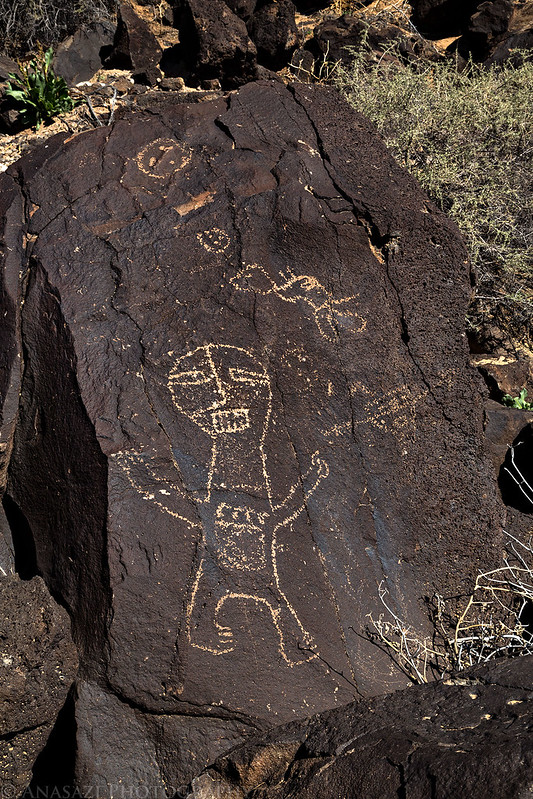 A large panel on a boulder at the end of our hike. 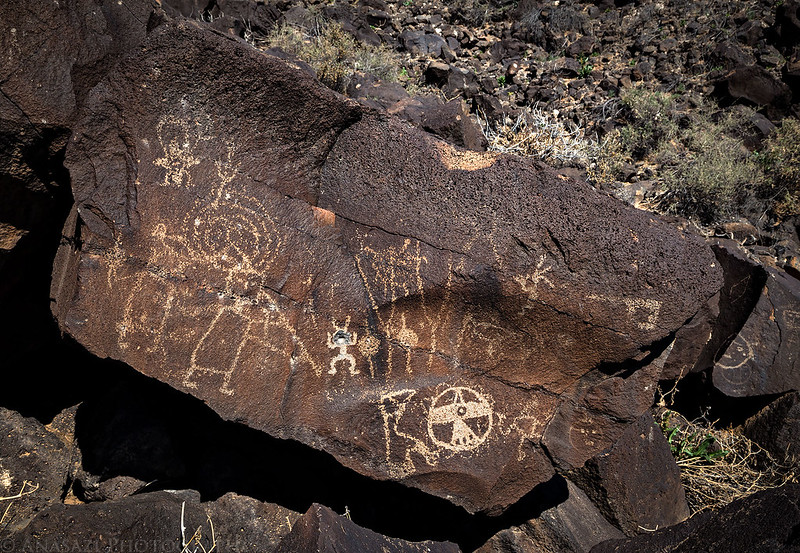