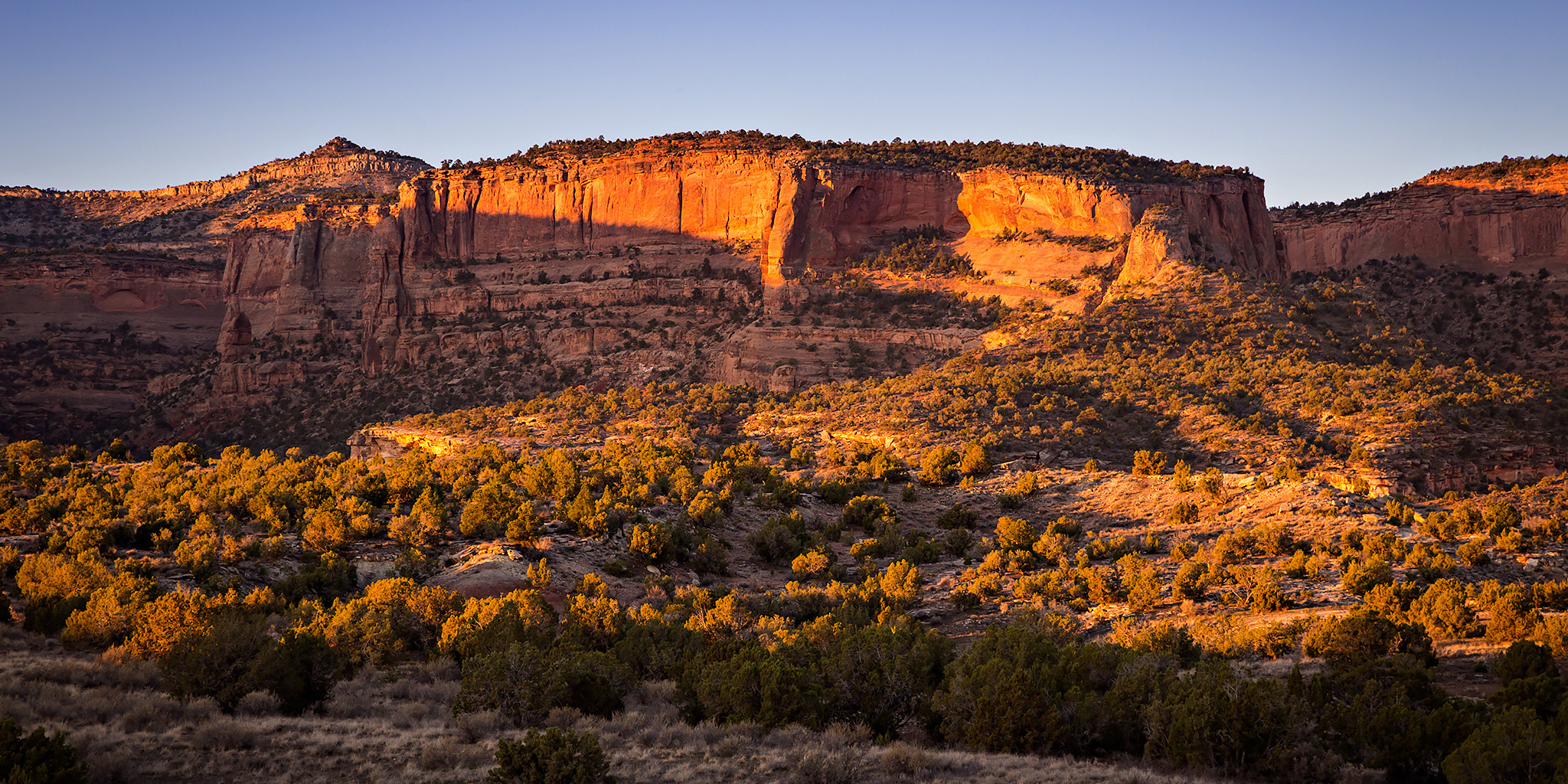 Sunrise on the sandstone cliffs near the Kodels Canyon Trailhead. 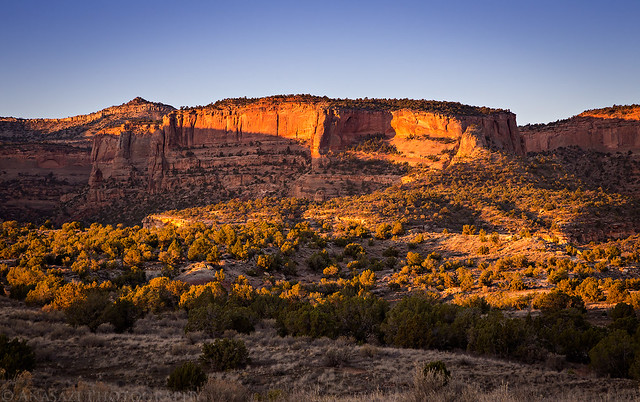 Diane on the Fruita Dugway Trail as we climbed up this historic route into the Monument. 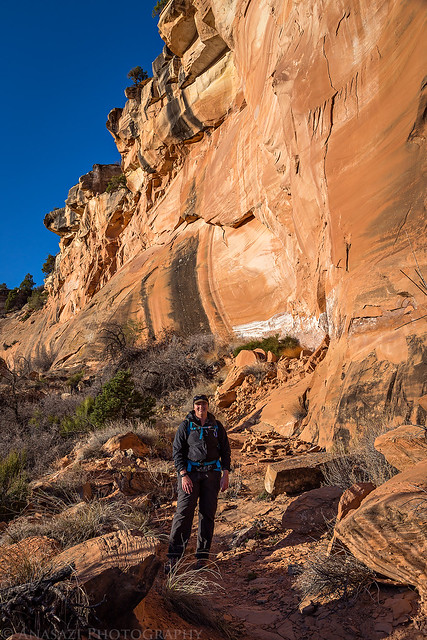 Looking back down the shelf section of the trail. 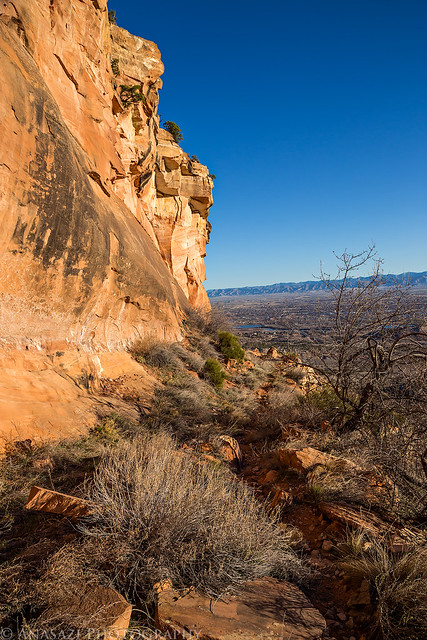 I have hiked this trail a couple of times and Diane had been here once before, but this time she spotted these elaborate historic inscriptions along the trail that neither of us had noticed before. It’s always nice to discover something new! 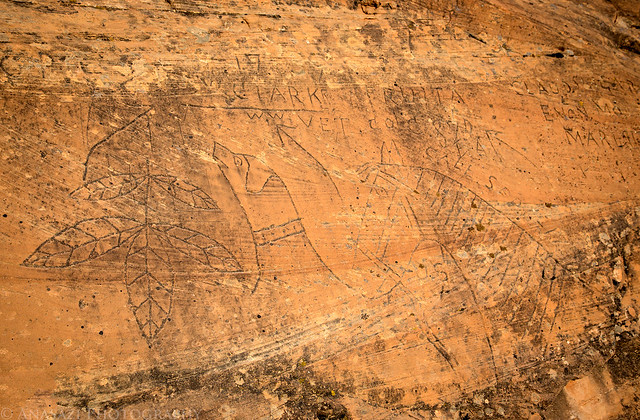 I stopped to visit my favorite juniper tree in a shallow alcove above the trail. 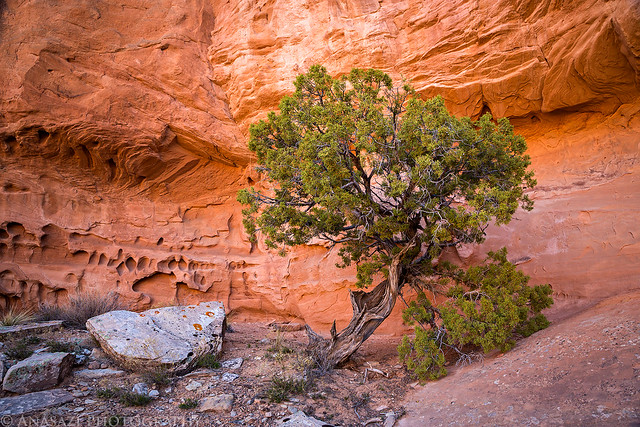 Lichen on a large boulder that caught my attention. 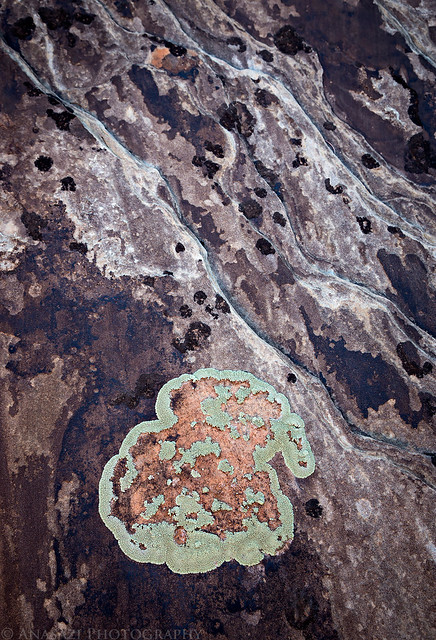 The view over a curve in Rim Rock Drive and the Grand Valley below. 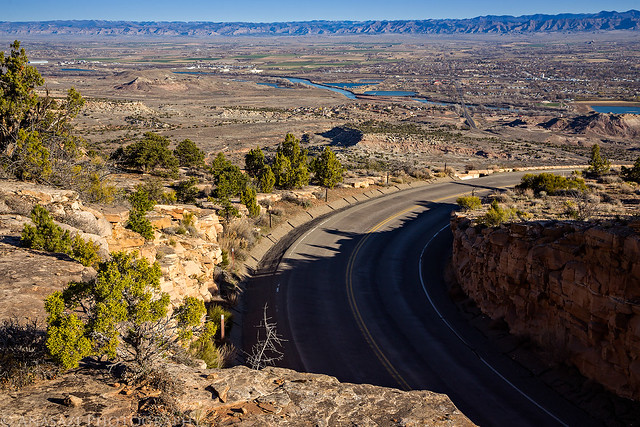 A twisted juniper hanging to the the edge of the trail as we made our way up to the Black Ridge Trail. 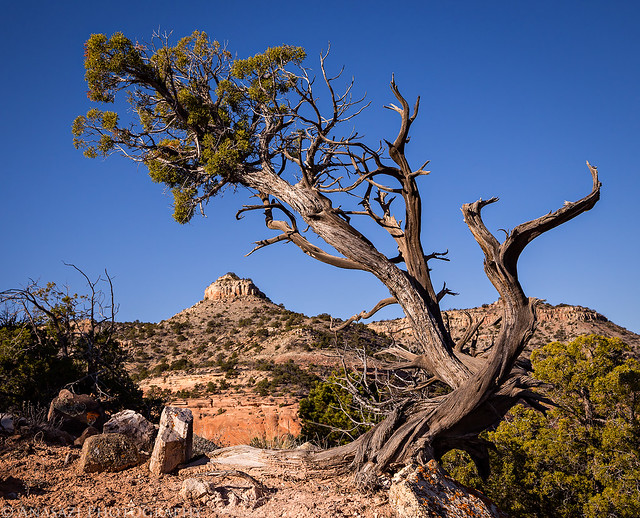 Temporarily leaving the boundary of the Colorado National Monument. 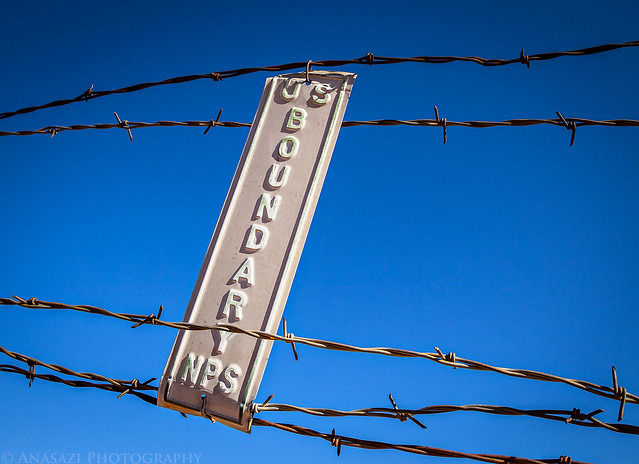 A distant overlook of Devils Canyon from the Black Ridge Trail. 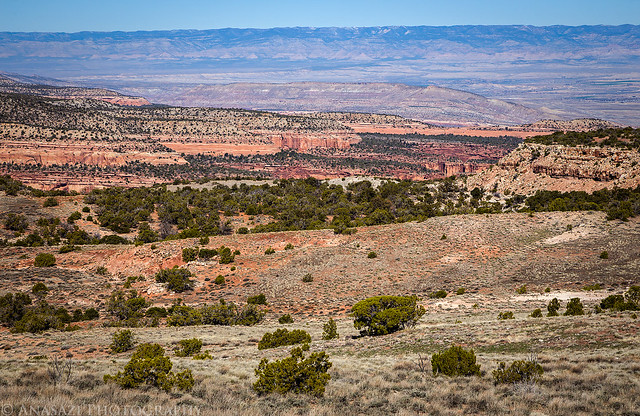 Rim Rock Drive and The Island seen from the short CCC Trail. We would eventually make our way down there. You can see a few fires burning down in the valley that contributed to the hazy sky all day. 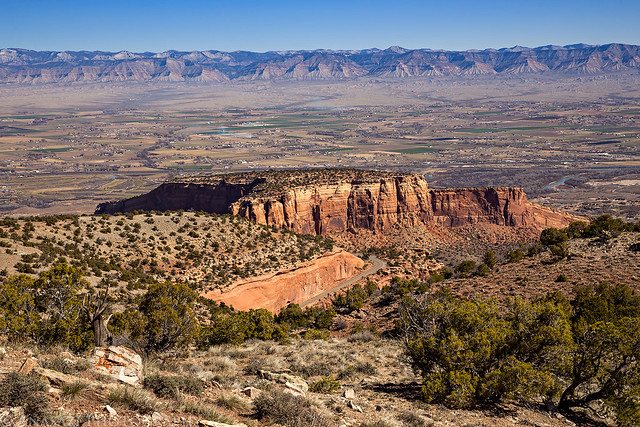 Diane taking a picture with her phone before descending into Monument Canyon. 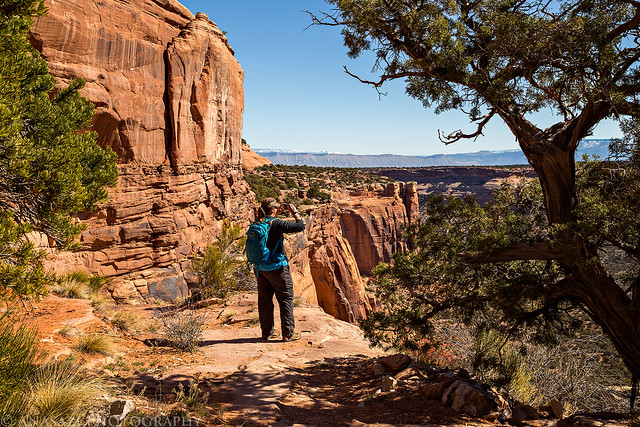 The switchbacks we followed in upper Monument Canyon. 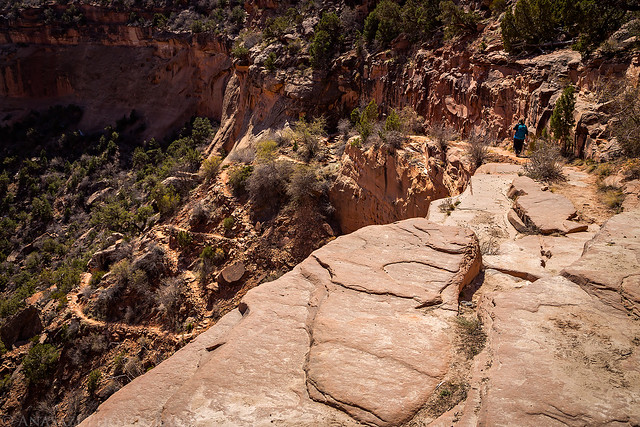 A nice view on our way down. 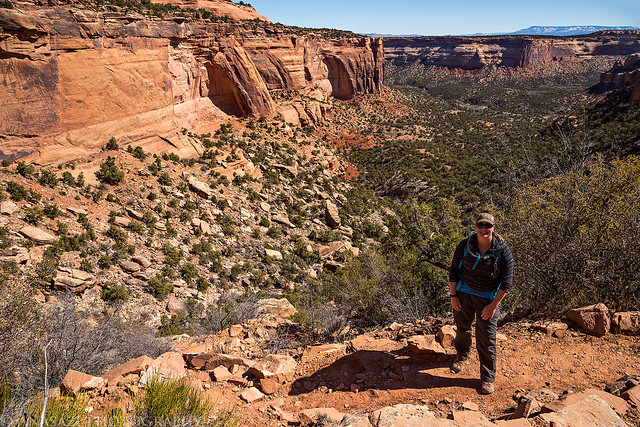 Following the trail towards the Kissing Couple. 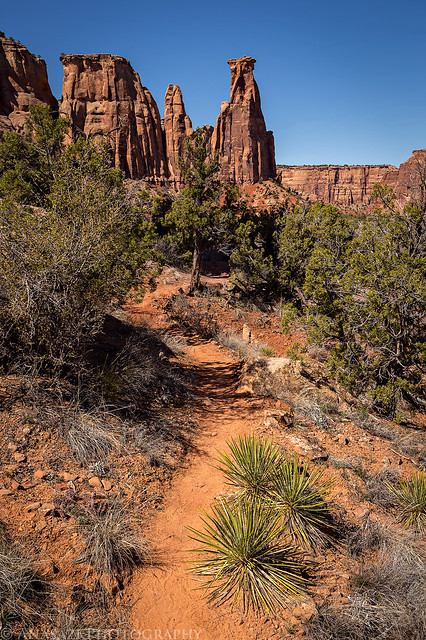 Then on to Independence Monument. 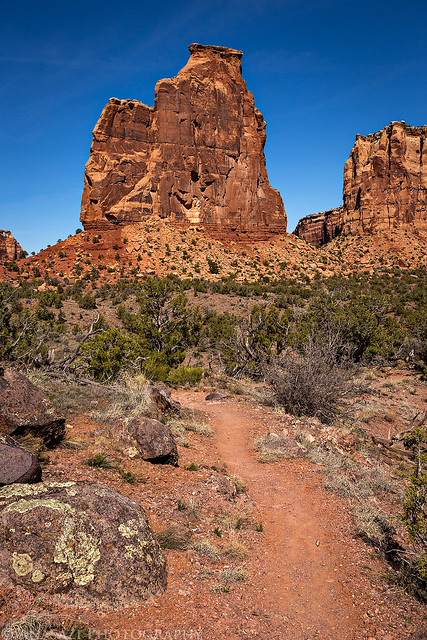 Diane below the tip of The Island shortly before reaching the intersection with the Wedding Canyon Trail. 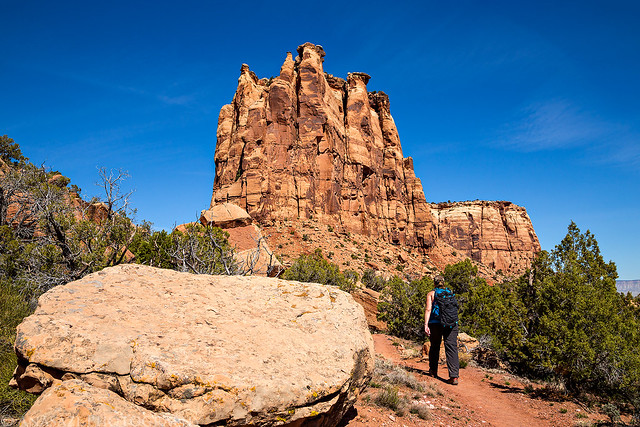 While it’s hard to see these days, this is an inscription of the Declaration of Independence found on top of a large boulder near the base of Independence Monument that was carved by John Otto (or possibly his wife) about 100 years ago. 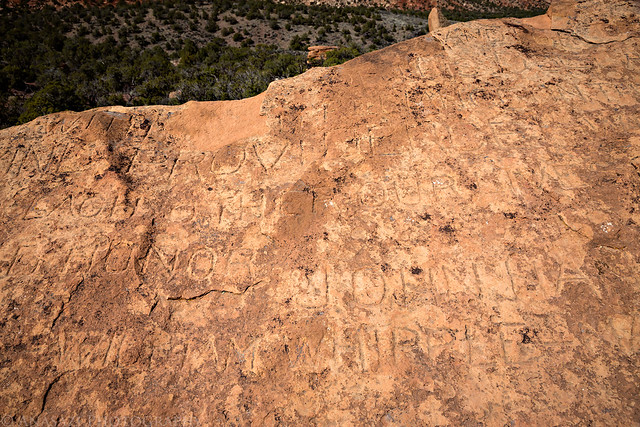 Below is a Google Map of the complete loop we hiked in the Colorado National Monument today.