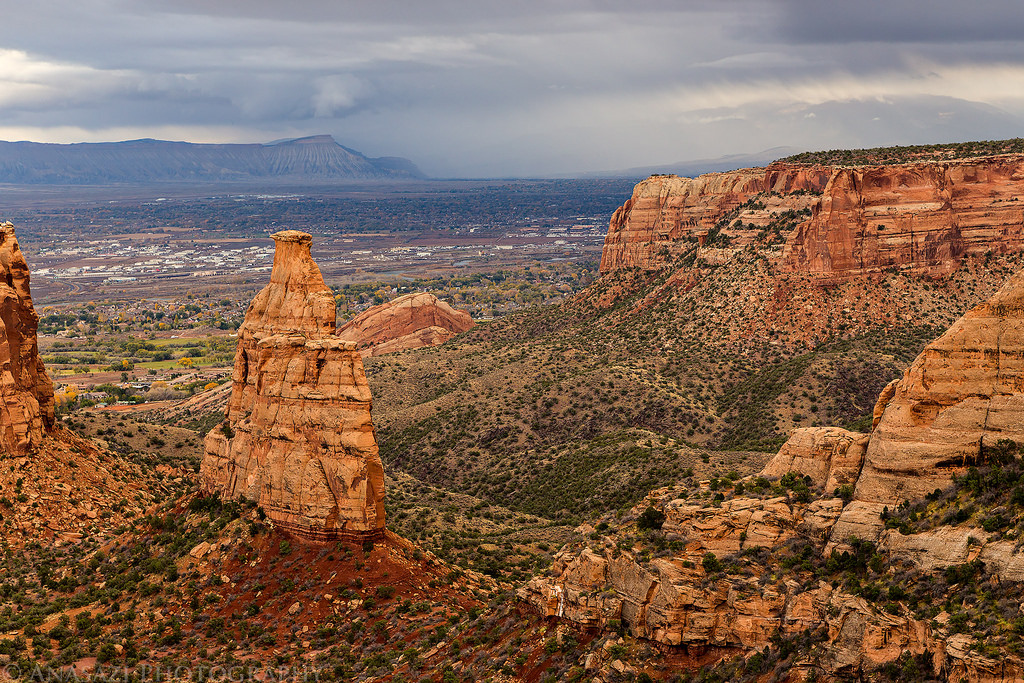 Stormy Evening on the Monument

Since our previous day along Winter Camp Ridge had turned into a day trip instead of the overnight weekend trip we had originally planned, we were home all day on Sunday. It had been stormy and cool all of the day, so I decided to head up to the Colorado National Monument in the evening to see if there would be a nice sunset to photograph. I didn’t end up getting the colorful sunset I was hoping for, but I did have some nice storm light when I first arrived.

Mount Garfield across the valley was lit up nicely as I drove up Rim Rock Drive on the Fruita side. 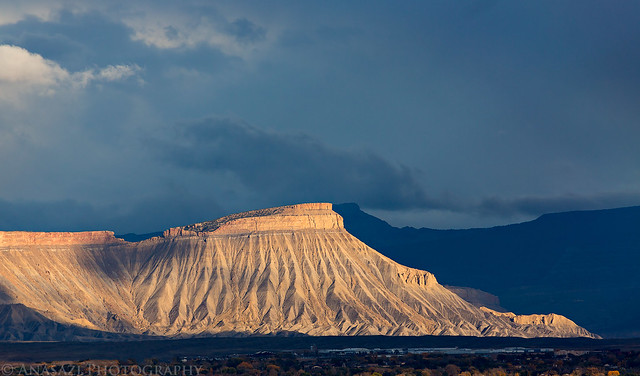 Light and clouds on the Book Cliffs. 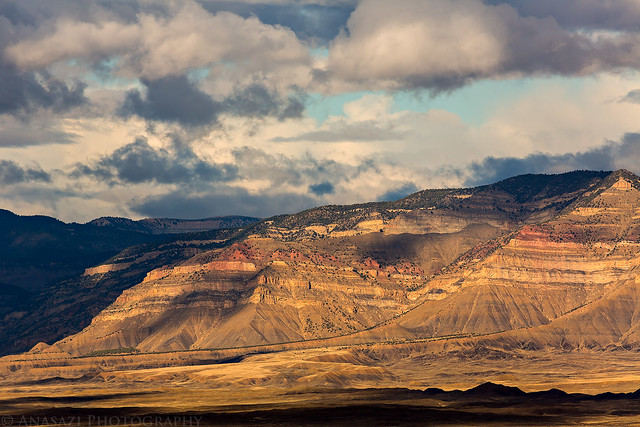 Spotlight on the Book Cliffs and Grand Valley from the Distant View overlook. Most days this overlook doesn’t hold my attention and I pass it by, but on rare occasions with special weather conditions like this, I stop for a photo. 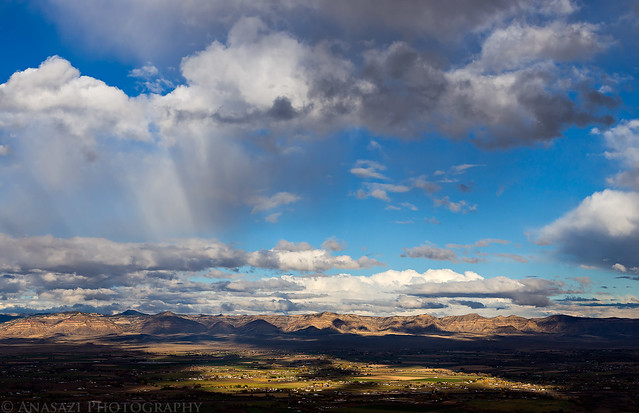 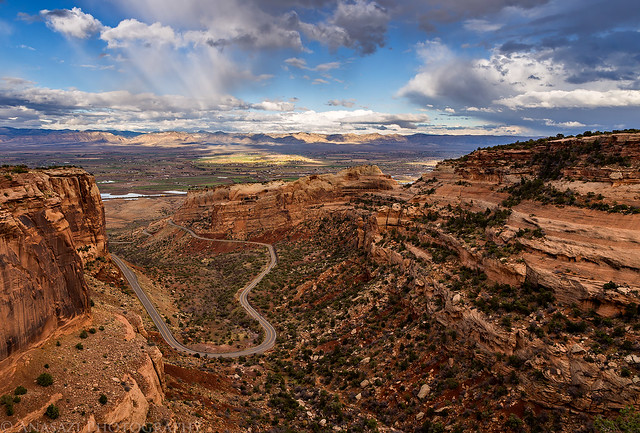 There’s something about direct light on sandstone with dark clouds behind that always makes me smile. 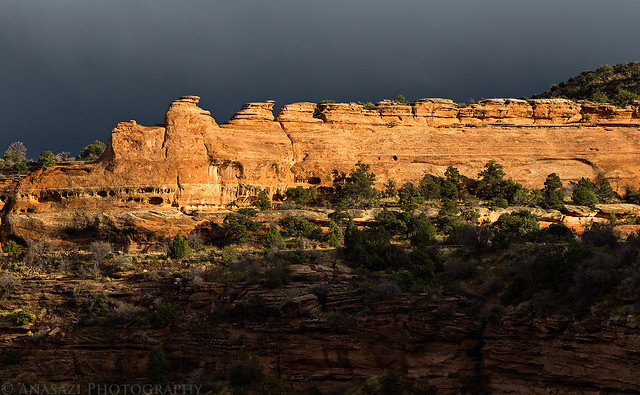 Independence Monument with a storm in the distance near Mount Garfield. 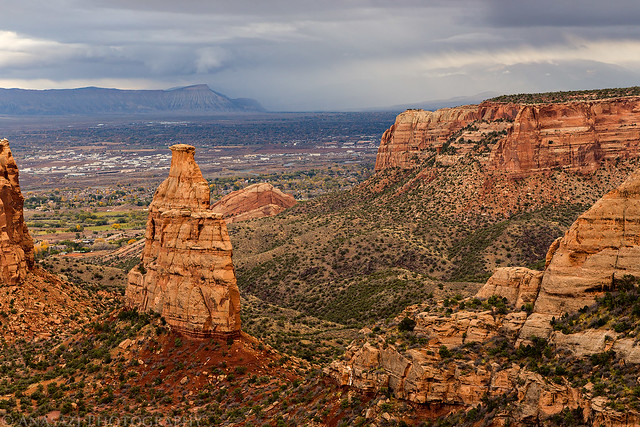 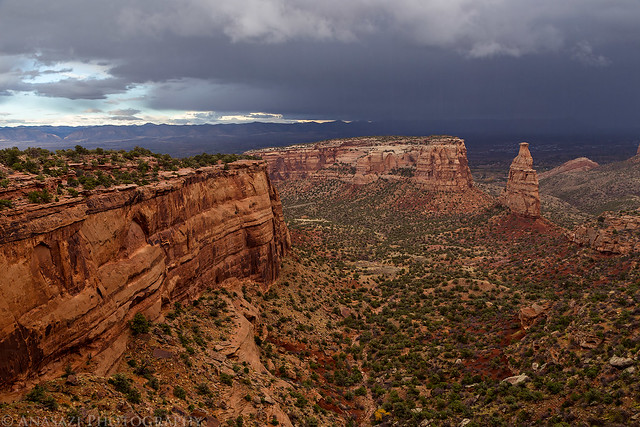 While I was waiting for the light to change near the Independence Monument viewpoint, a storm overtook me and it started to hail pretty heavily. I didn’t let that stop me from taking photos. If you look closely at this photo you can see the streaks of hail falling from the sky. 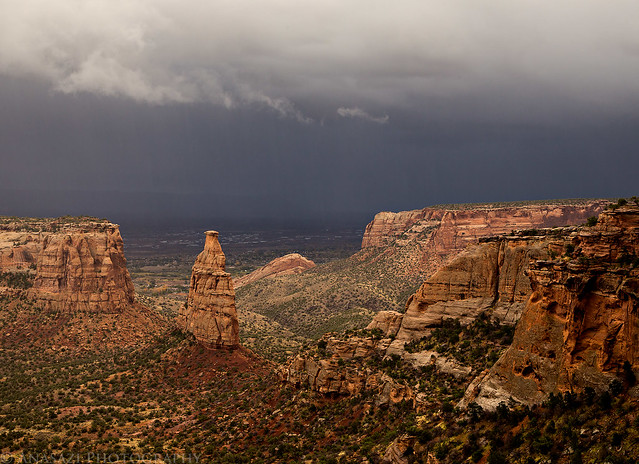 The rain and hail didn’t stop these guys from having a snack along the road. 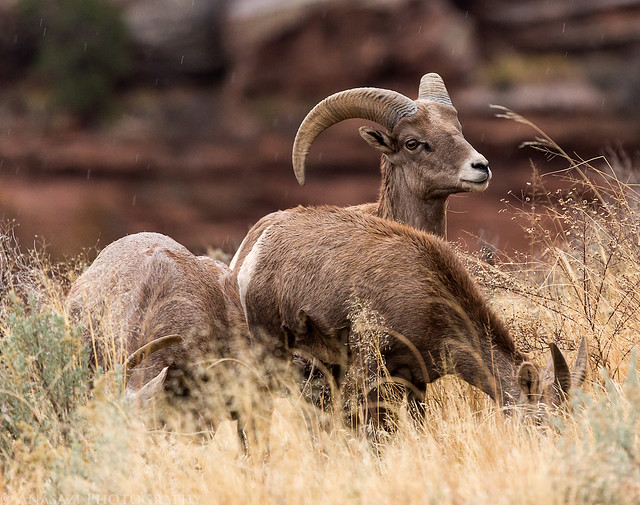 I returned to Pothole Point before sunset in hopes that the sun would peek out again. While I didn’t get any color in the clouds this evening, soft light did bounce through an opening in the clouds near the horizon that cast some light into Monument Canyon below. 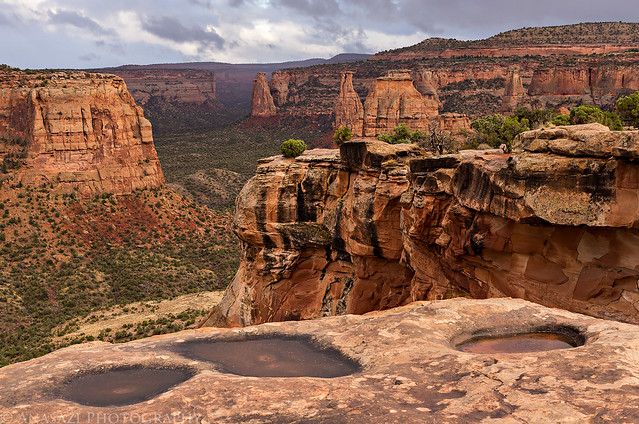 The rain throughout the day had filled all the potholes along the rim of the canyon. 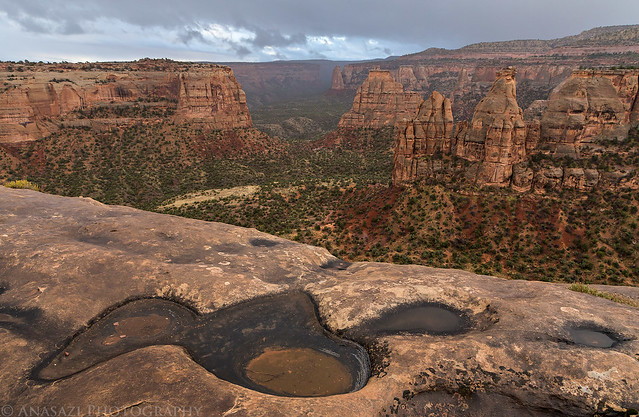