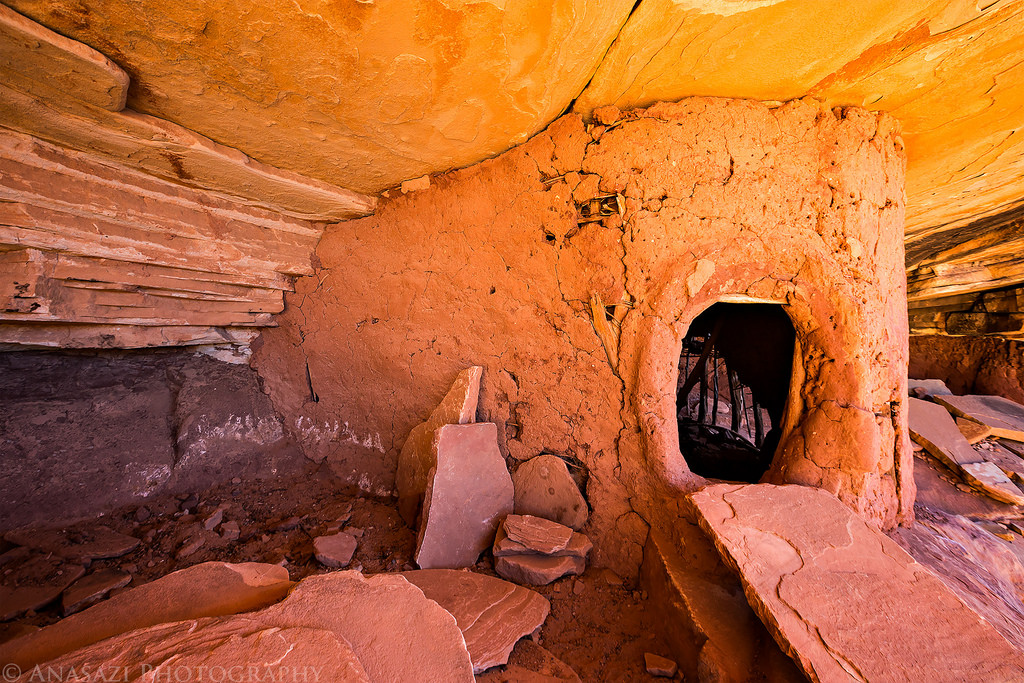 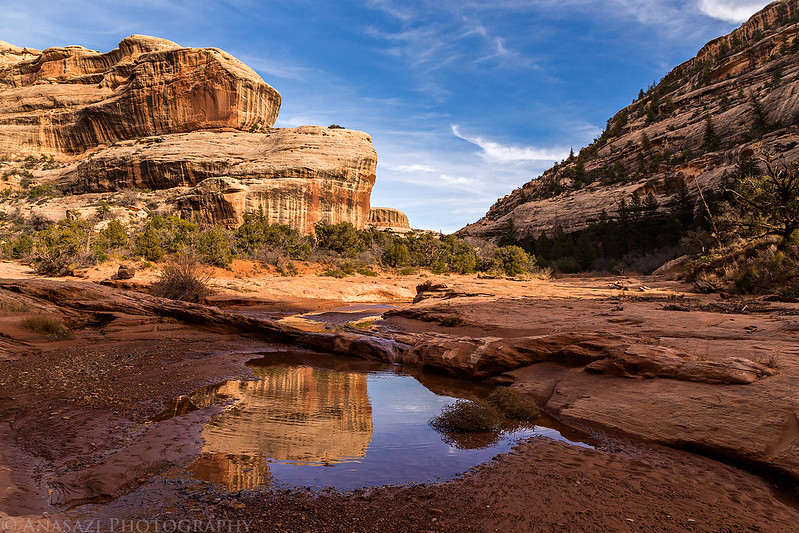 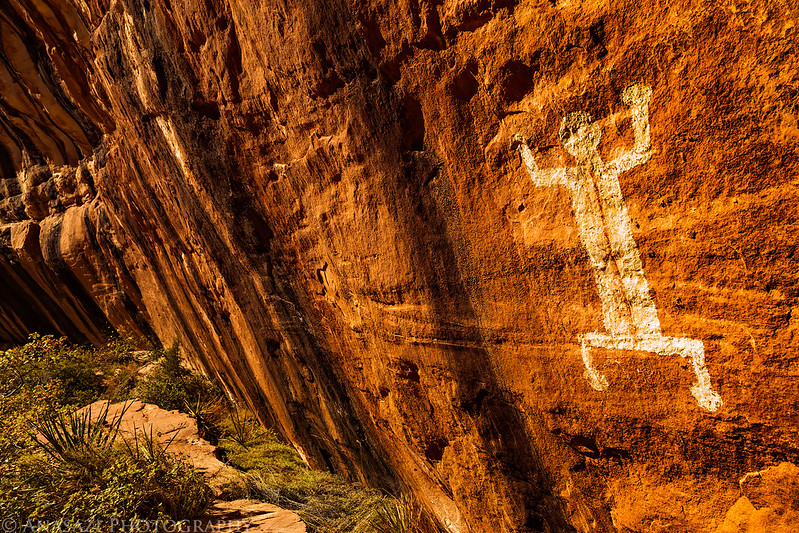 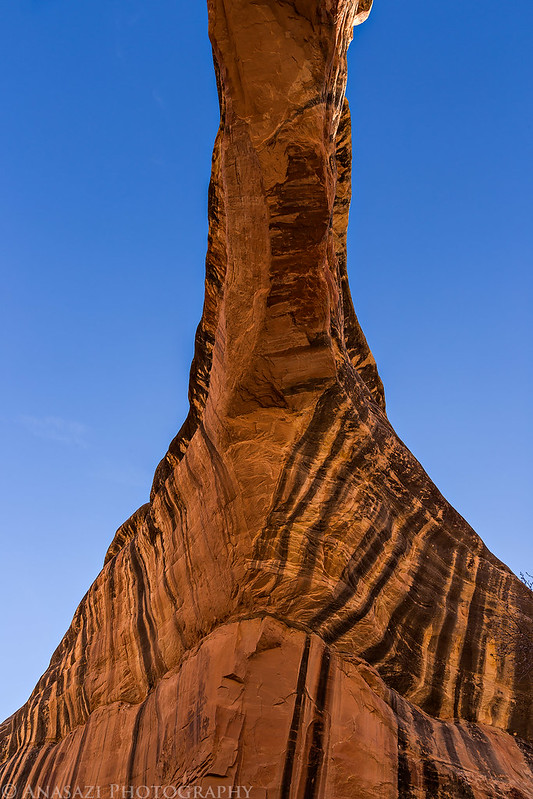 Many reverse handprints in a very large alcove. 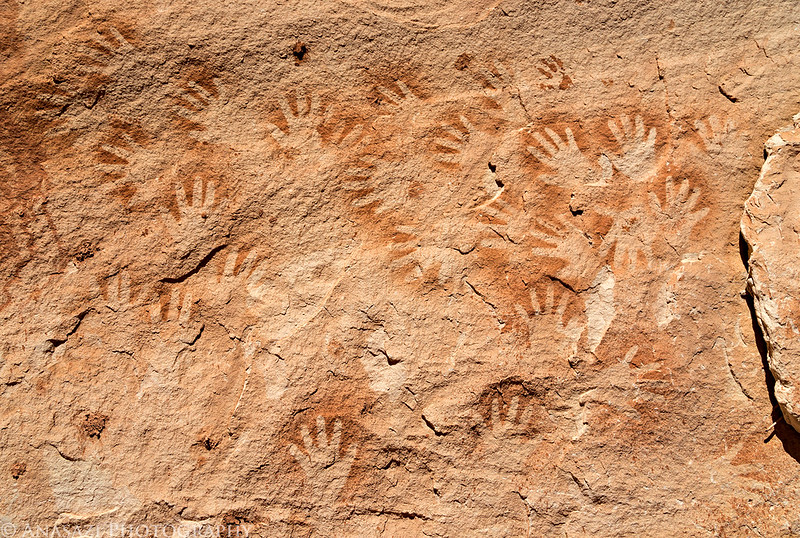 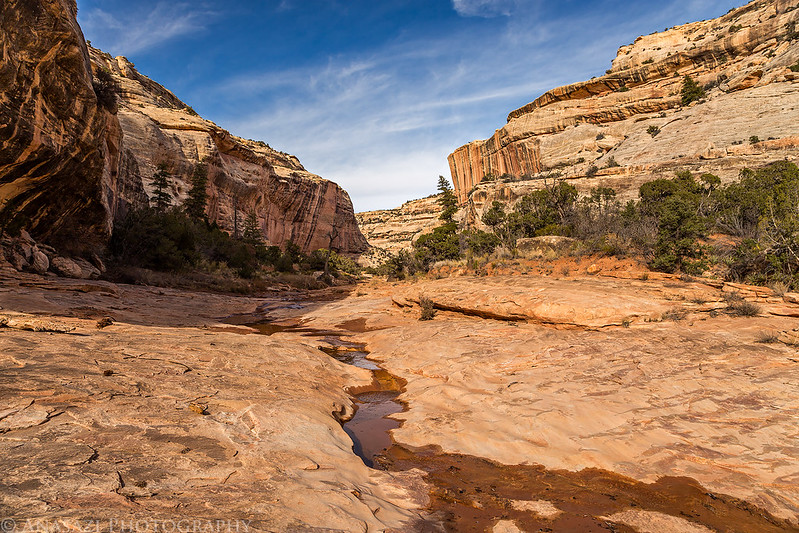 This little pictograph of a sheep looks like it was created with fingerprints of paint. 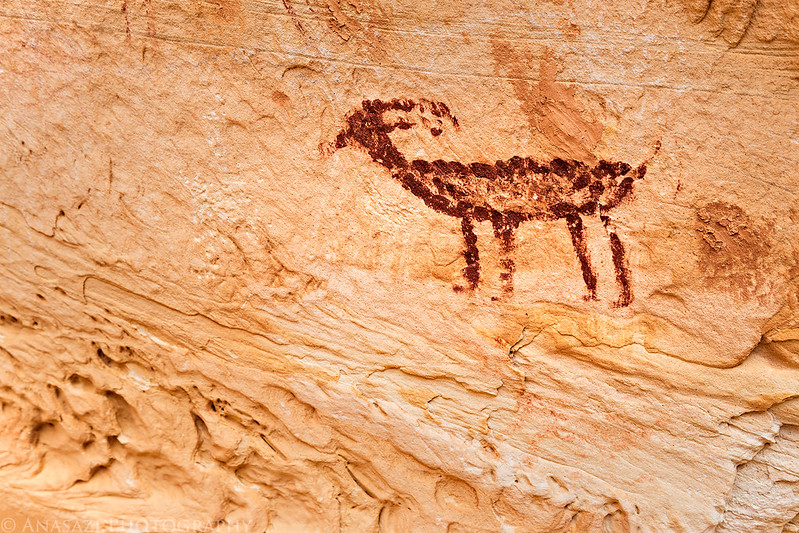 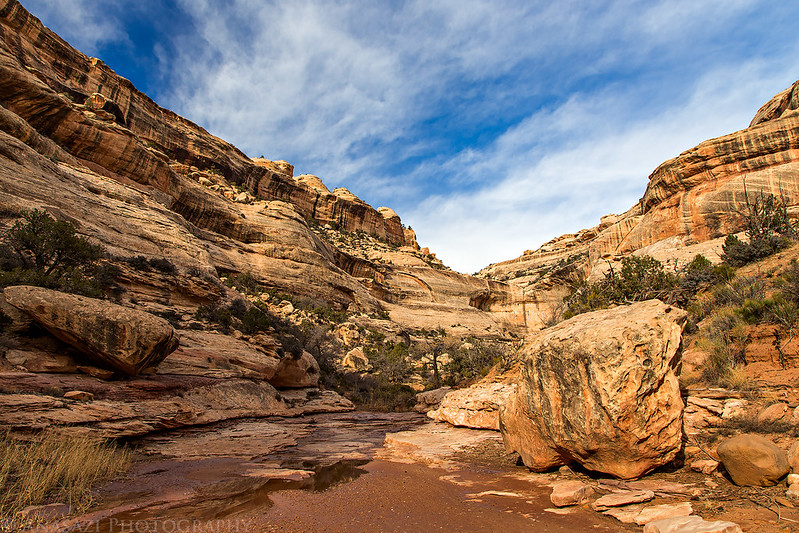 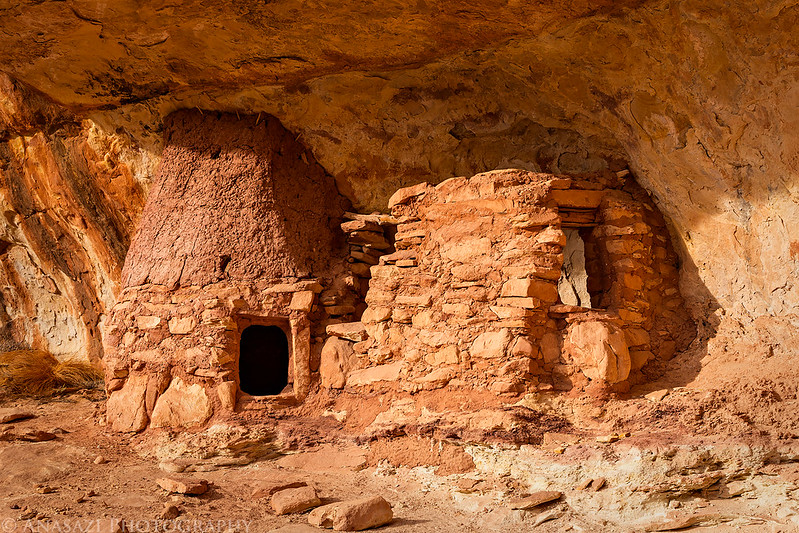 These double-decker ruins were pretty cool. The roof/floor between the levels was even still intact. 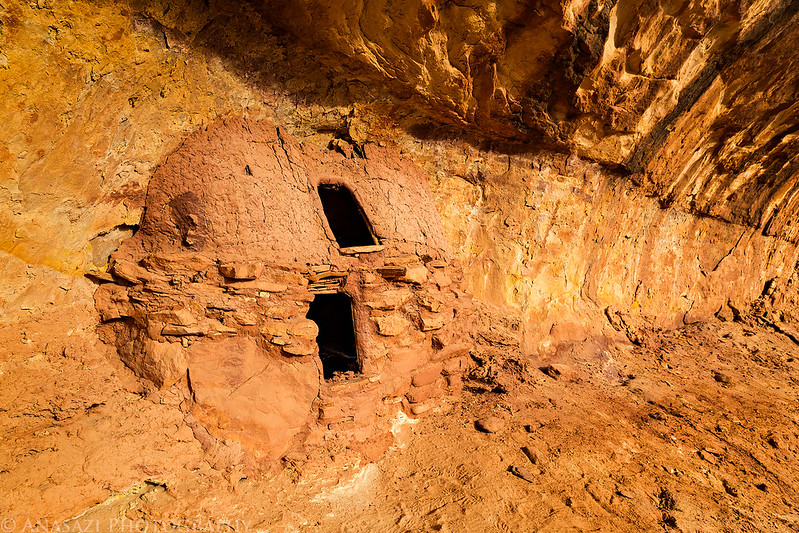 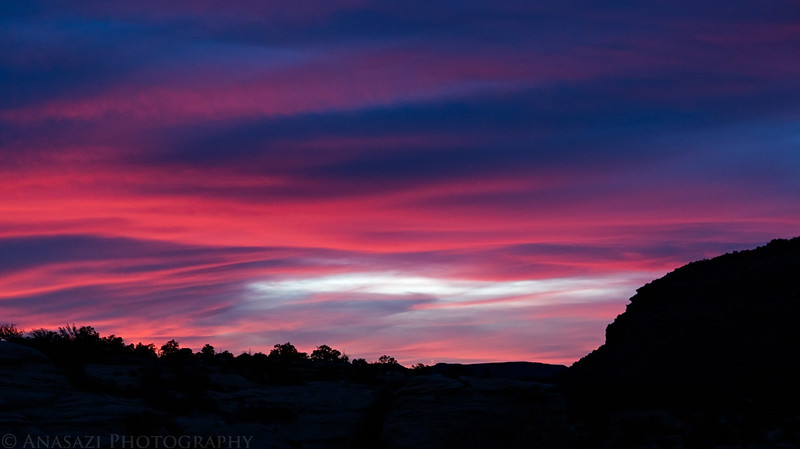 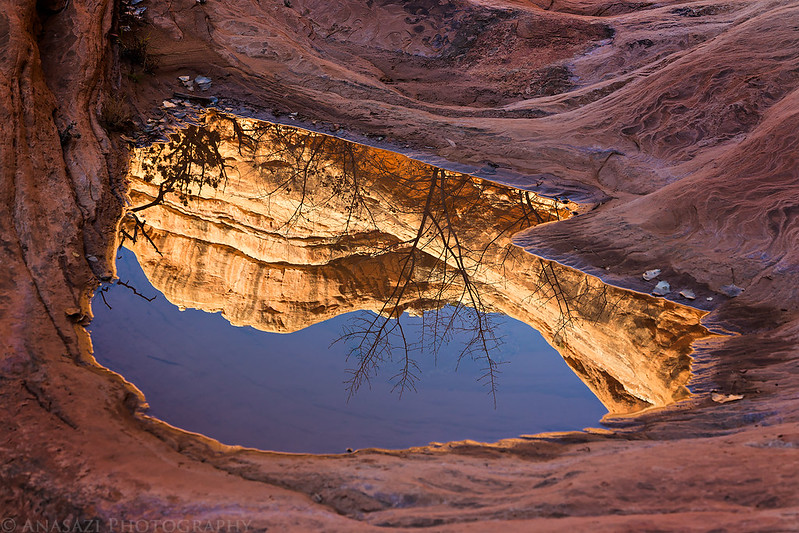 The two handprints at the top are some of the biggest I have ever seen. They were almost as big as my hands, which is unusual since most of the handprints I come across are much smaller. 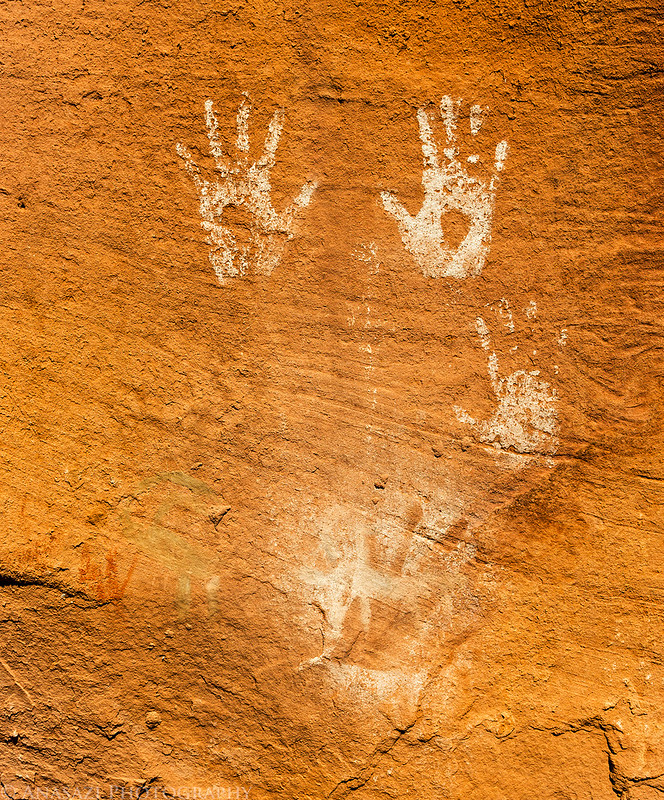 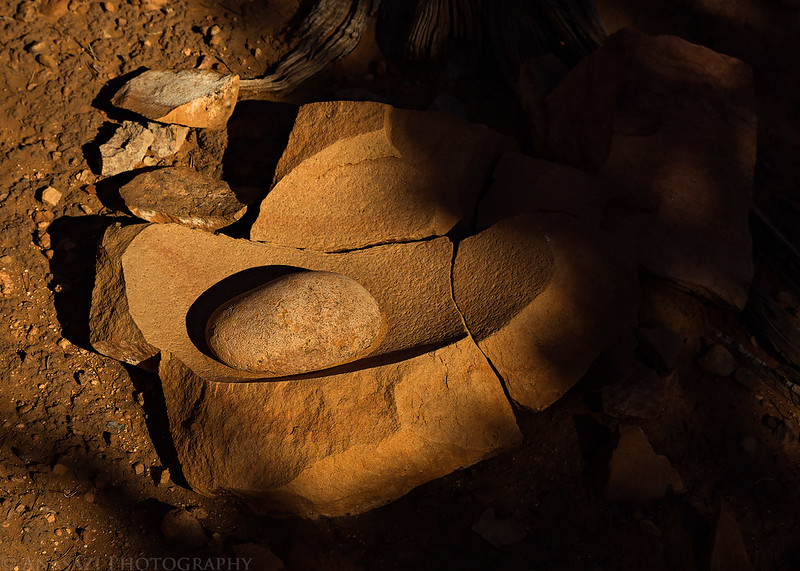 We caught some nice warm sunset light on the next few ruins and petroglyphs. 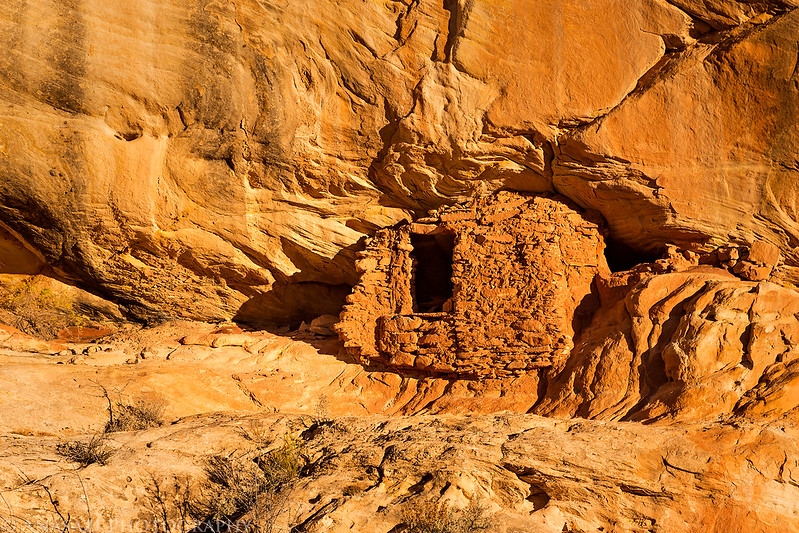 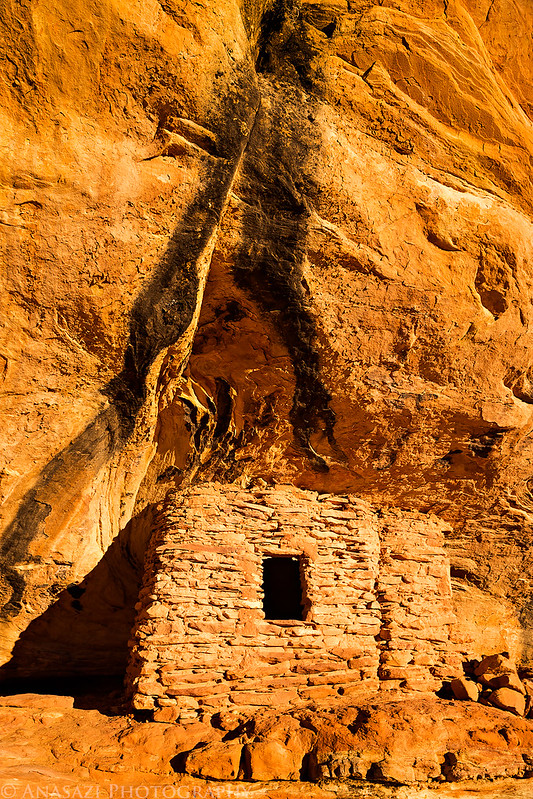 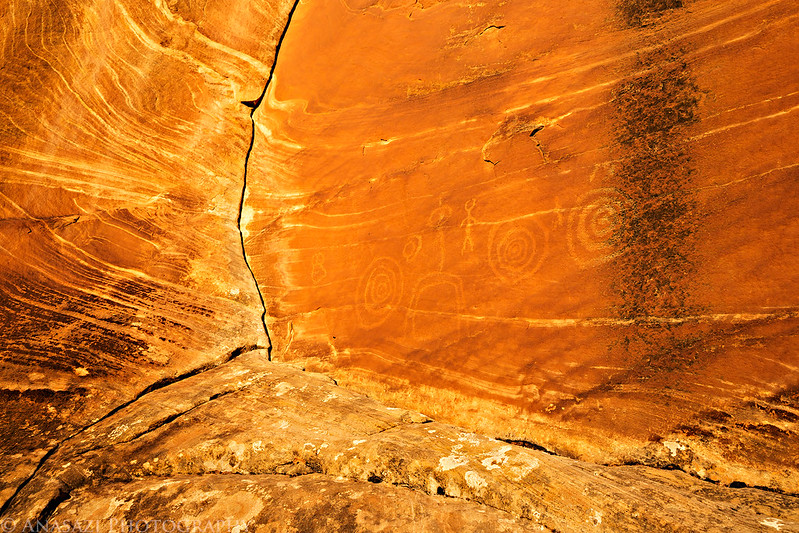 Last of the light. 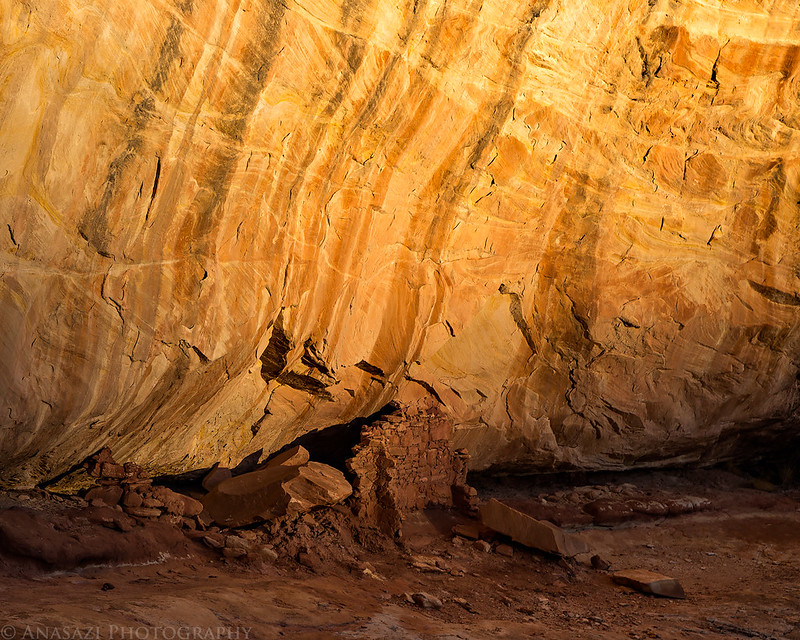 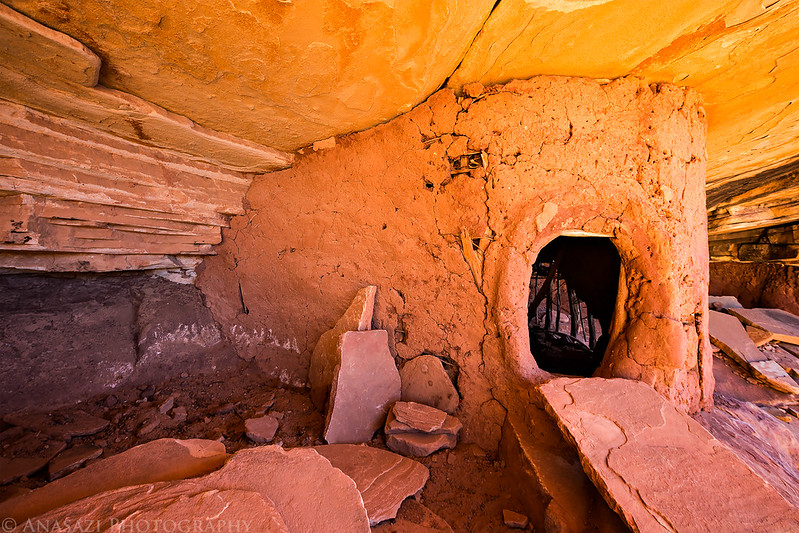 I like how this ruin was constructed with large sandstone slabs. 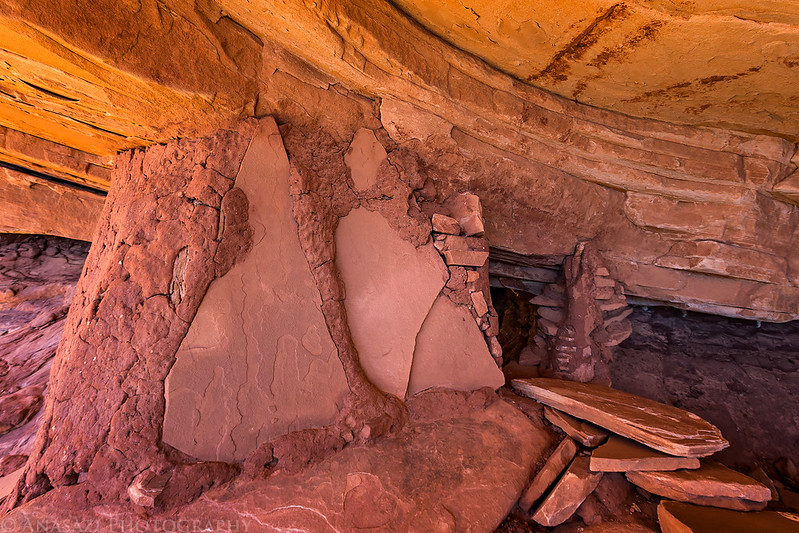 We visited the well-known Fallen Roof Ruins. It has been many years since I was at these ruins, so it was nice to get better photos. 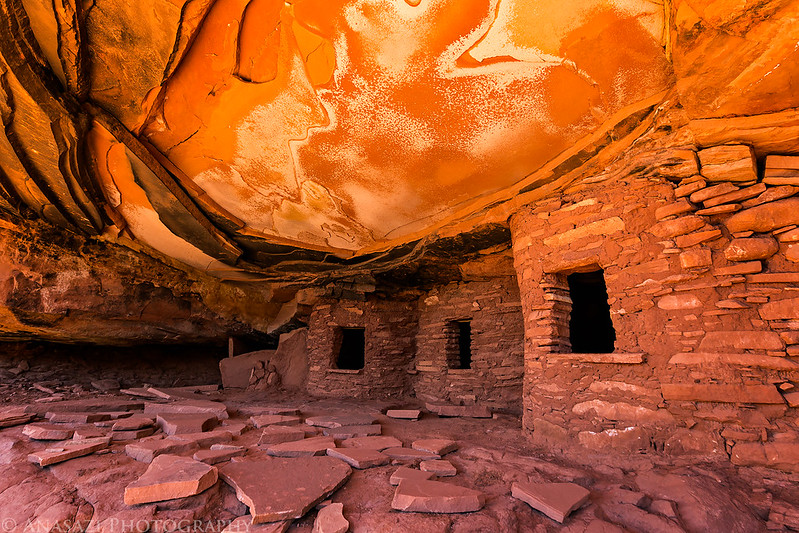 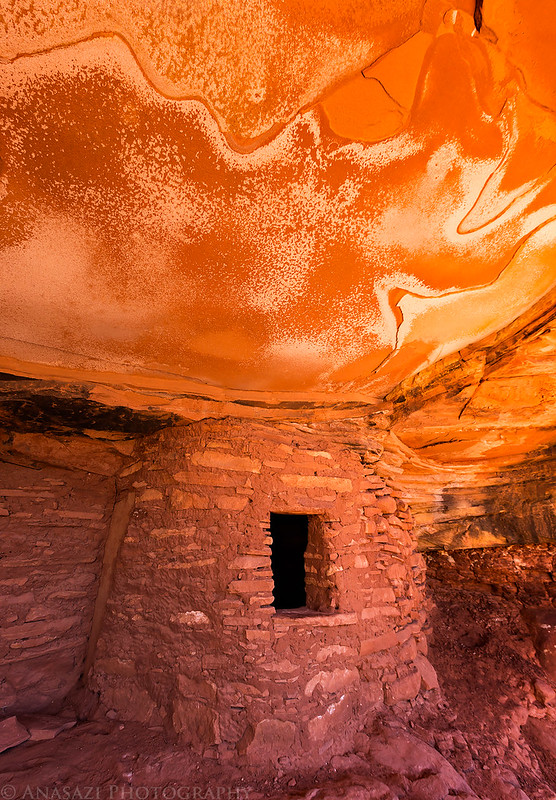 Two dancer petroglyphs on the top of a large boulder. 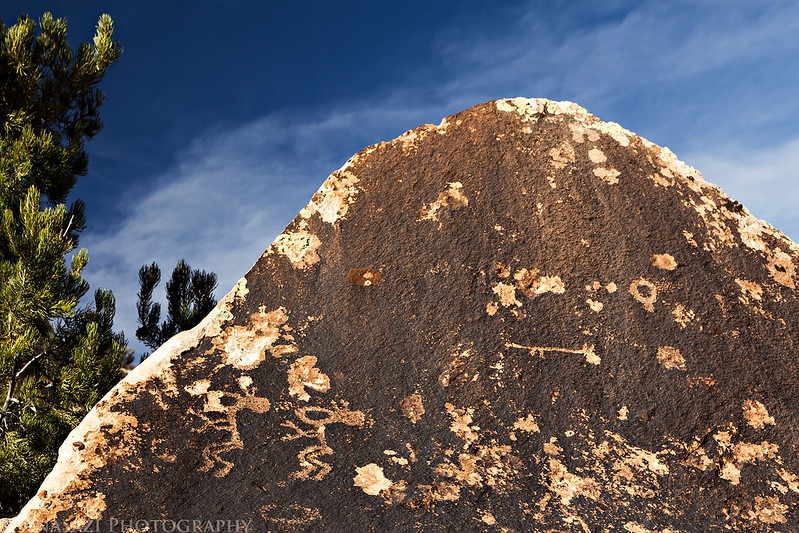 I love the little pictographs painted inside the structure. 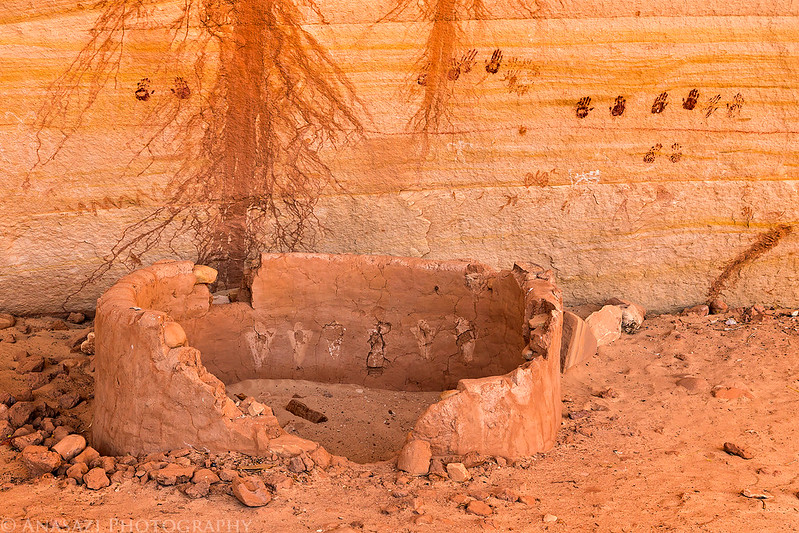 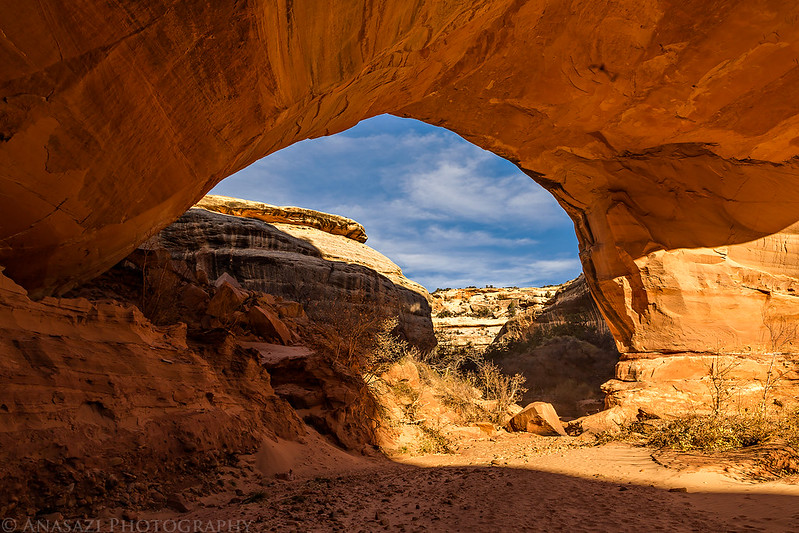 This is definitely one of my favorite petroglyph panels in the area. 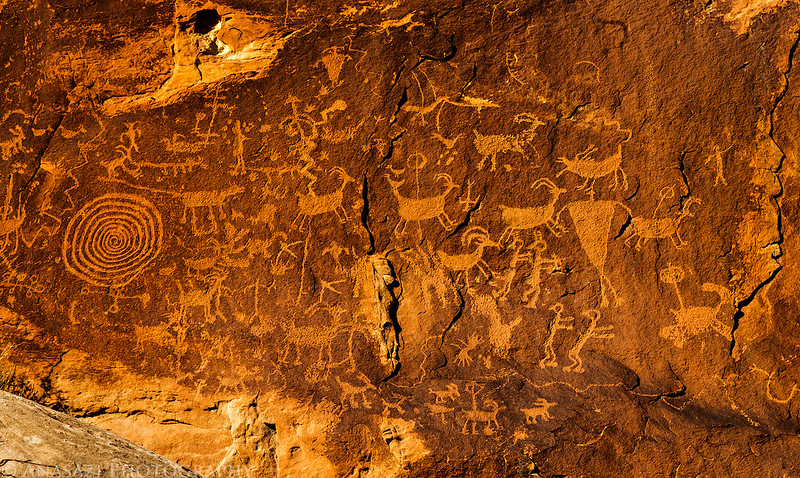 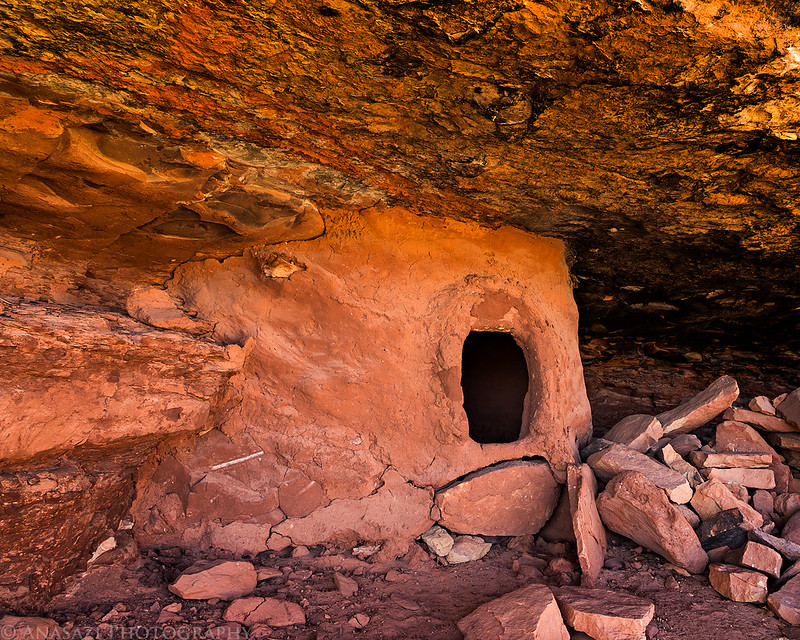 A lot of atlatls and a big sheep. 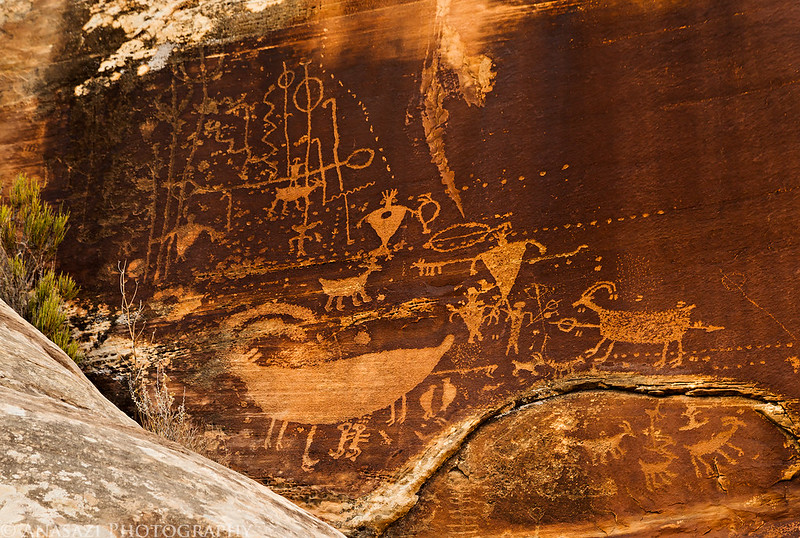 A small arch we hiked by that we are referring to as the Hidden Window, since it has no official name. 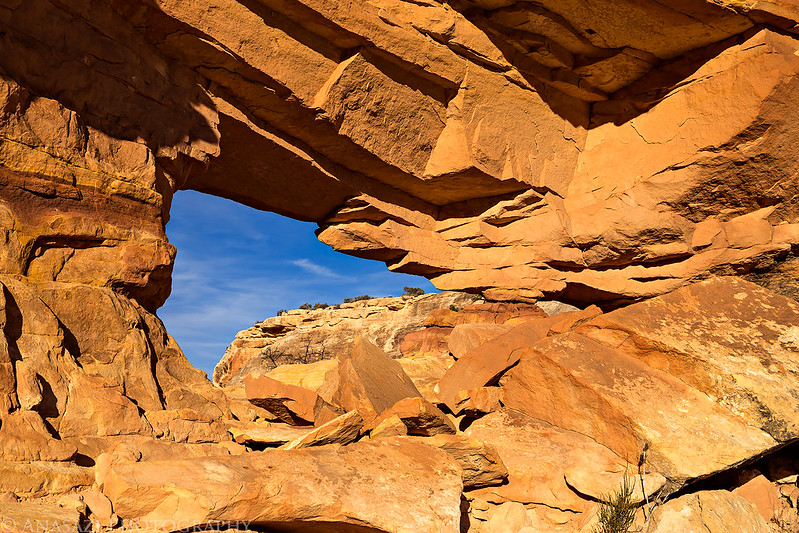 I’ll finish off with a sunset photo of the Bear Ears, prominent landmarks on Cedar Mesa and the surrounding area.