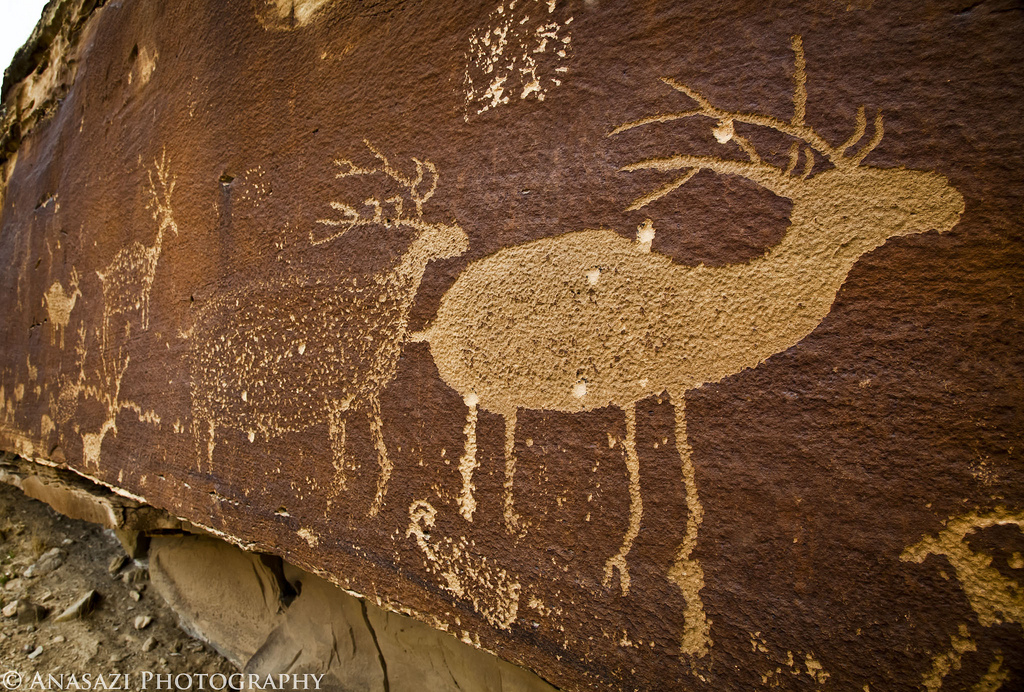 This weekend I was invited to go camping near Green River with some friends from the Salt Lake area, so I decided to get out and take my first camping trip of the year since it has finally started to warm up a bit. On my way to meet up with them Saturday morning, I took a quick detour into the Book Cliffs to continue searching for the pictograph I had started to look for last weekend, but had run out of time. Lucky for me, I was able to find it this time.

The very cool polychrome pictograph of an owl that I was looking for in the Book Cliffs. 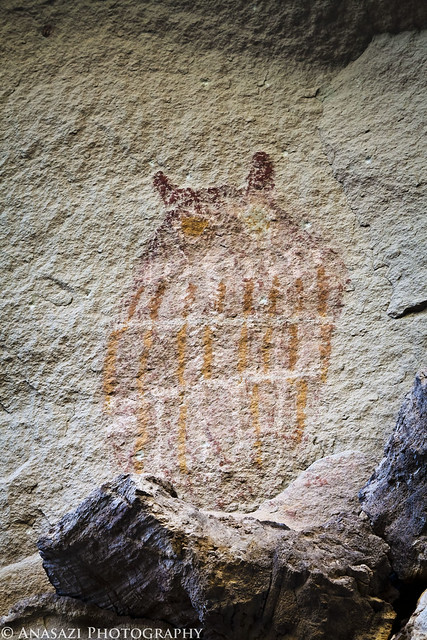 Another view of the owl pictograph in the Book Cliffs. This shot shows how the owl appears to be perched on top of some rocks. It’s hard to judge scale from this photo, but this owl pictograph is around two feet tall. 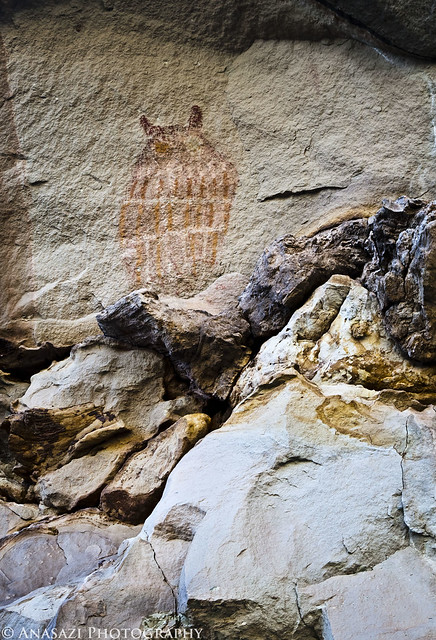 While searching for the owl pictograph, I came across this horned-shield pictograph on a large boulder in the same canyon. 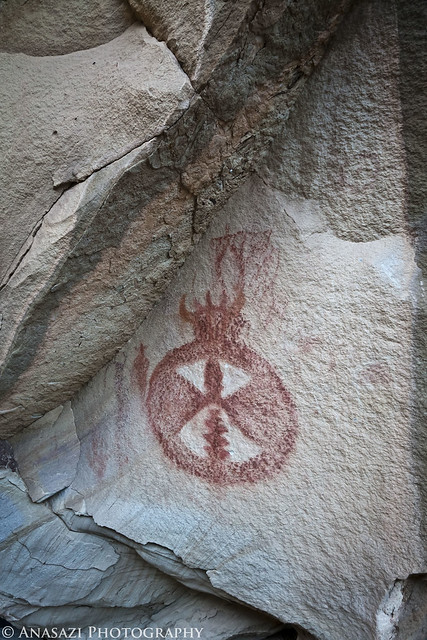 After the quick detour I continued on and met up with my friends off of the Ruby Ranch Road. I quickly setup camp and then we were off to do some exploring in the area. They wanted to check out the Hidden Canyon area, so I led the way and we completed most of the 3D Trail. Along the way we stopped at the Tusher Tunnel, where I spent a little time searching for some rock art I heard might be near. I didn’t find the petroglyph I had seen a photo of, but I did find a very faint Barrier Canyon Style pictograph near the exit of the tunnel. Unfortunately, many idiots feel the need to write their graffiti all over the sandstone in and near the tunnel and have over-written the pictograph…

If you look closely at this photo you can see a bunch of faded red dots that appear to have decorated the torso of the large figure. 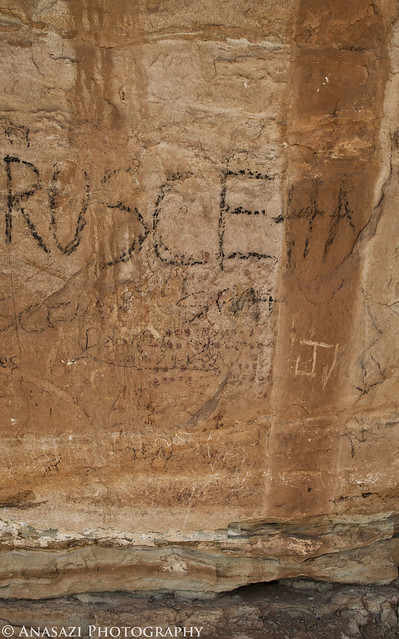 After finishing up the 3D Trail by visiting the Hidden Valley Overlook and Bartlett Overlook, we looped back to camp around Tombstone Rock and across Ten Mile Wash. It was still a bit early, so I took off on my own to find some ‘bubbling springs’ that a friend had told me about. They were about 6 miles from our camp, and I had no trouble locating them.

The highly mineralized water of the first bubbling spring created a colorful lightning bolt on the ground in the wash. 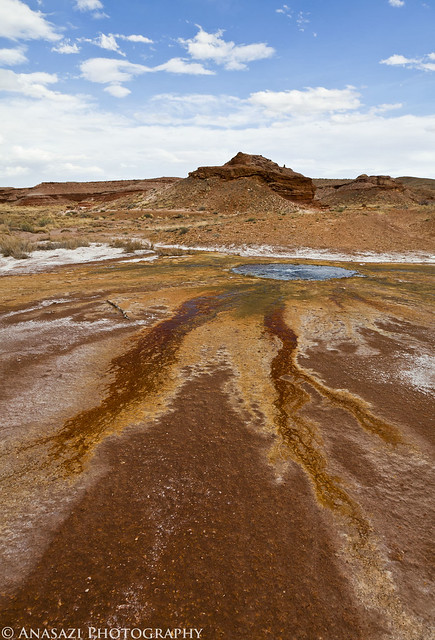 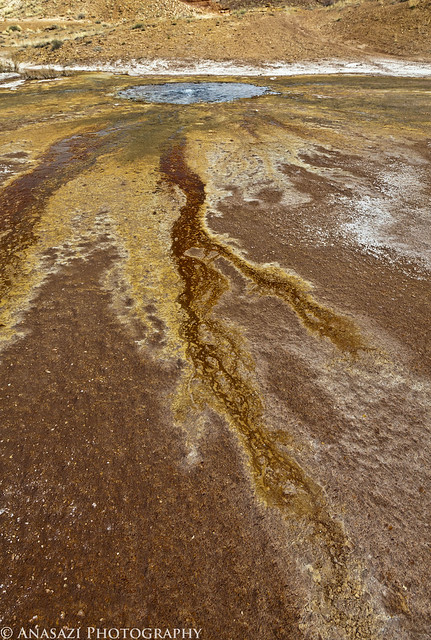 This photo shows the scenery around the second bubbling spring I came across. This one wasn’t quite as photogenic as the first, but the surrounding landscape shows that this wash has really earned it’s name: of Salt Wash 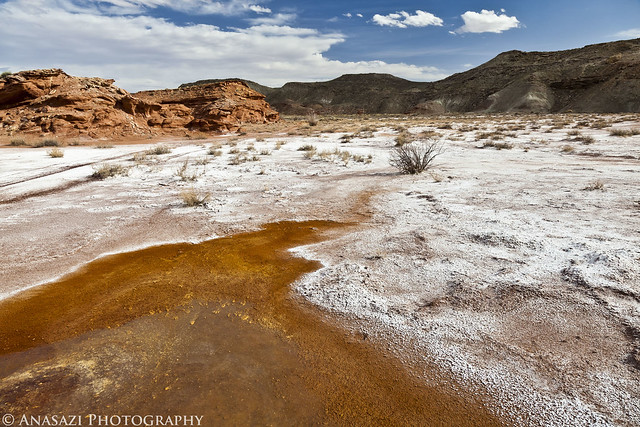 After some dinner back at camp, we had a little fun with some firearms before it got dark out. I got to fire my first fully-automatic weapon…and it was fun! Here’s a short video my friend Ryan made from the evening.

While the temperature never dropped below 50 degrees at night, the wind blew very hard all night preventing me from sleeping well. I ended up getting out of my tent around 7am and noticed a large dark storm cloud rolling in, so I quickly broke down camp so I wouldn’t have to do it in the rain. After talking with my friends and watching the weather, they decided to call it a day and start heading back up to SLC after breakfast. I was just about to head home as well, but decided at the last minute to head towards Green River and search for a few petroglyph panels in Gray Canyon.

My first stop was the Nefertiti Petroglyph Panel near Nefertiti Rock along the Green River. 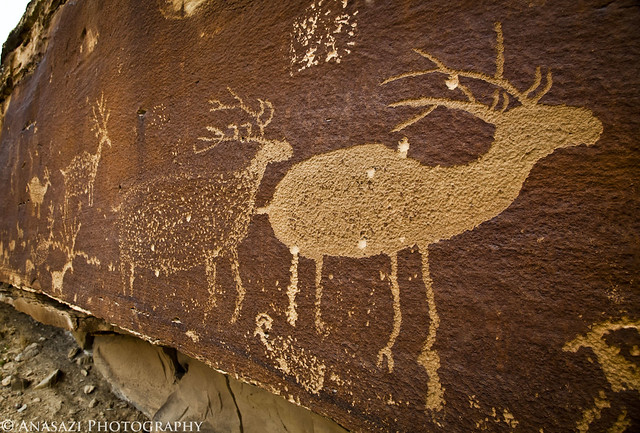 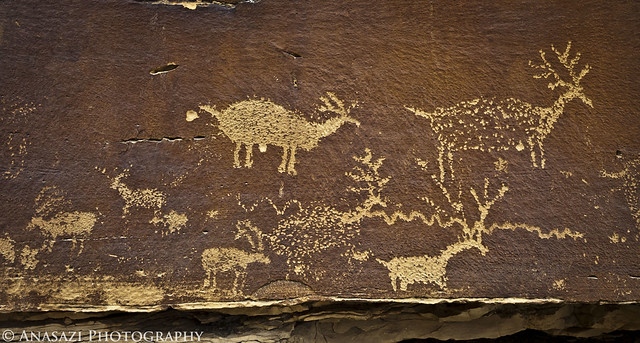 Next I found the petroglyphs on top of a large boulder near the Price River Junction. By the time I reached them, the clouds had cleared up a little and I could finally see blue sky. 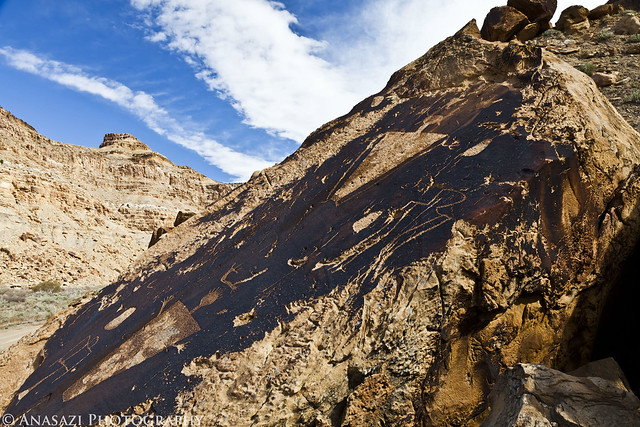 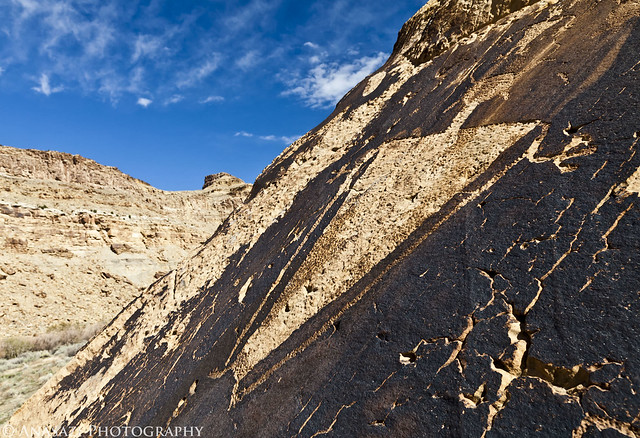 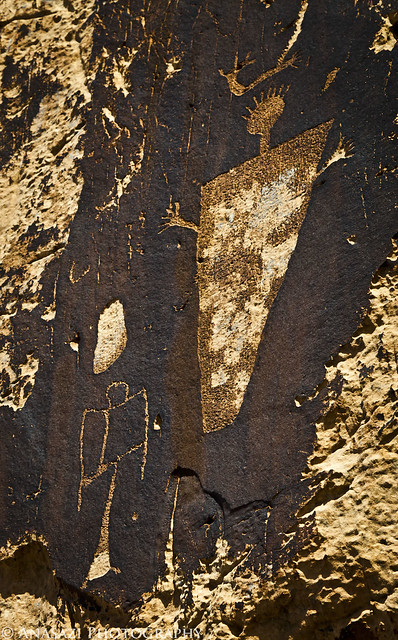 When I was done exploring Gray Canyon I headed back to Green River to top off my gas tank before heading home. Even though the wind was pretty bad, I still managed to have a good weekend camping with some friends.