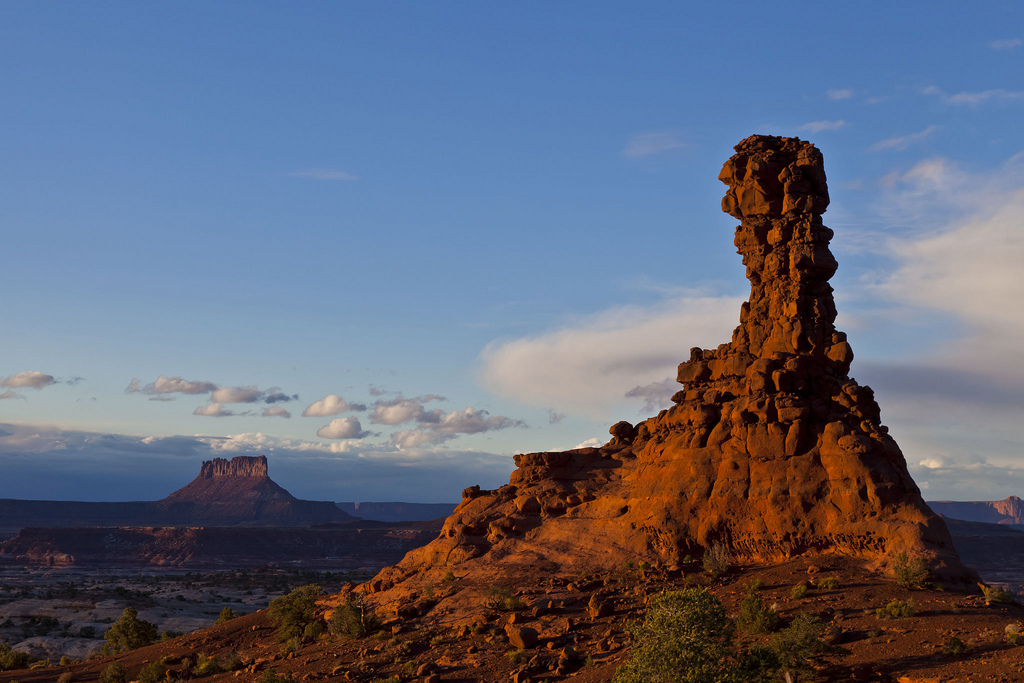 After staying up later than I would have liked on Friday night, I was up again at 3am on Saturday morning so that I could finish getting ready and head straight to Hanksville to meet up with Jared. I had hoped to grab a quick breakfast on the way, but apparently the McDonalds on my way out of Grand Junction isn’t open 24 hours like I thought, and neither is the one in Fruita. I also found out that the Burger King in Green River doesn’t open at 5am like I had hoped…

I met up with Jared at the Hollow Mountain in Hanksville and we transferred his camping gear into my Jeep. Then I followed him south to the Poison Springs Road so he could find a spot to park his car for the next few days. Since it didn’t take us as long as we planned, I still had time to get some breakfast at Blondie’s before meeting up with Dave.

We met Dave at 8am at the turnoff to the Hans Flat Road and took off towards the ranger station to go get our camping permits. We ended up picking up our permits less than an hour after leaving the highway and then started our descent into The Maze. It snowed on and off on our drive down the Flint Trail and on our way around Teapot Rock. The snow wasn’t sticking to the ground and wasn’t falling enough to make the road slippery.

This photo was taken by Dave of Jared and I checking to make sure no one was coming up the Flint Trail in the snow. 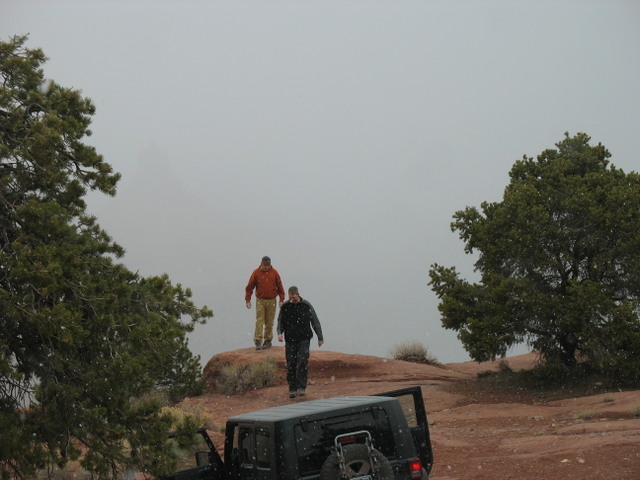 Four hours after leaving the ranger station we arrived at Chimney Rock, which would be our camp for the next two nights. It was pretty windy as we setup camp, and both Jared and Dave had brand new tents they had not used before. Jared had a few issues but managed to get it setup.

Chimney Rock from near our campsite. 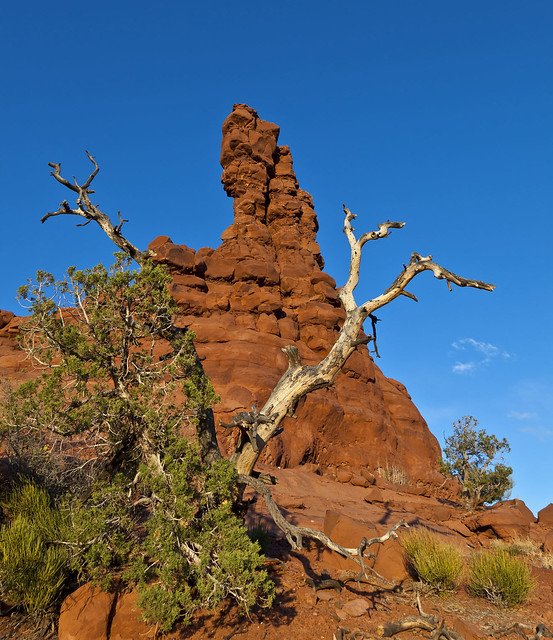 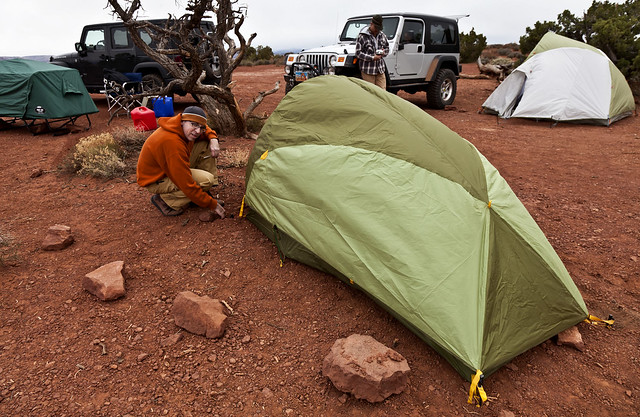 Part of our campsite. 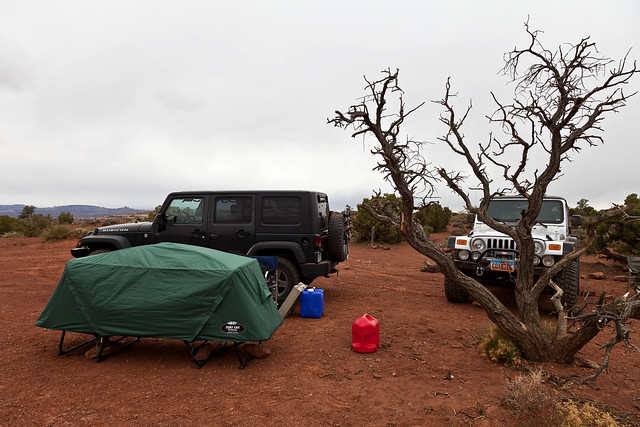 Once camp was setup we hiked over to take in the views over nearby Water Canyon and Jasper Canyon. We hiked along the rims for a way and watched the sun go down. 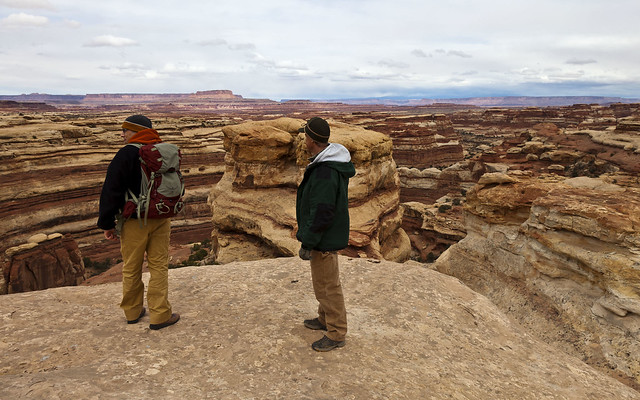 A small arch we spotted on the rim of Water Canyon. 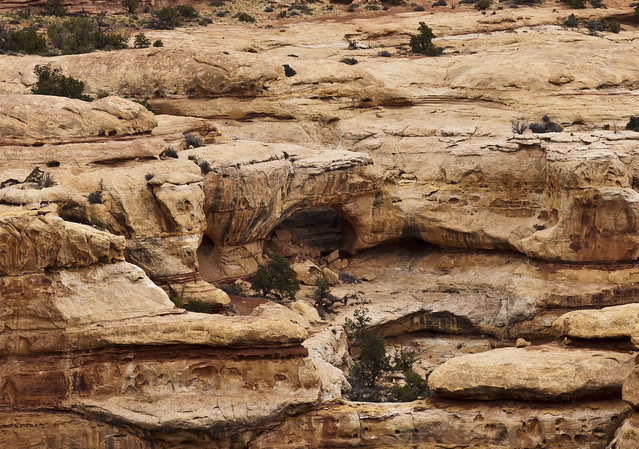 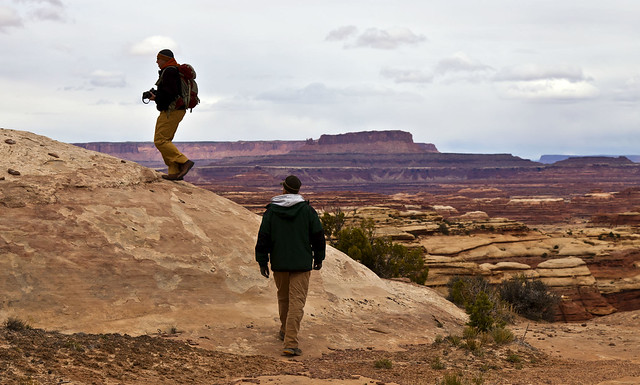 A view over Jasper Canyon. 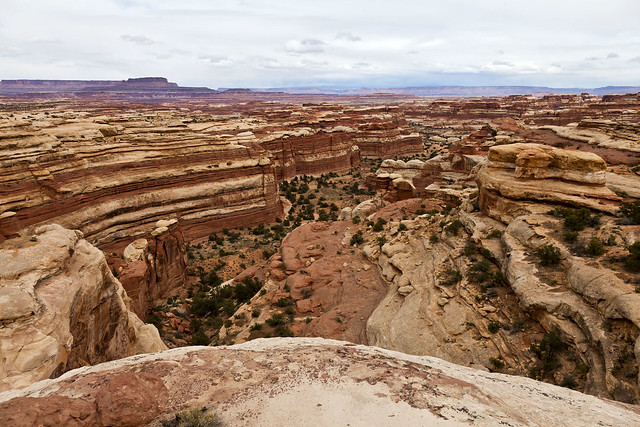 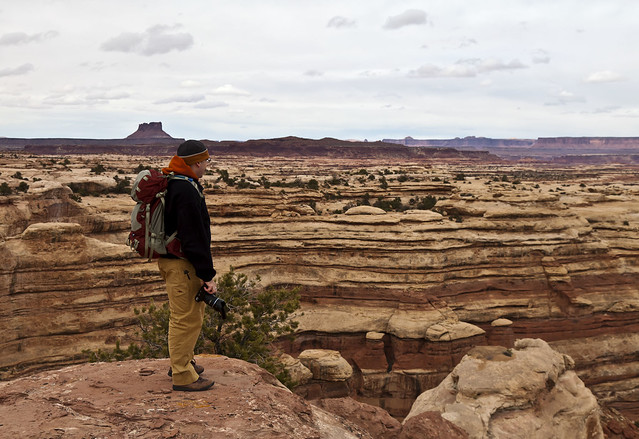 A view over The Maze at sunset. 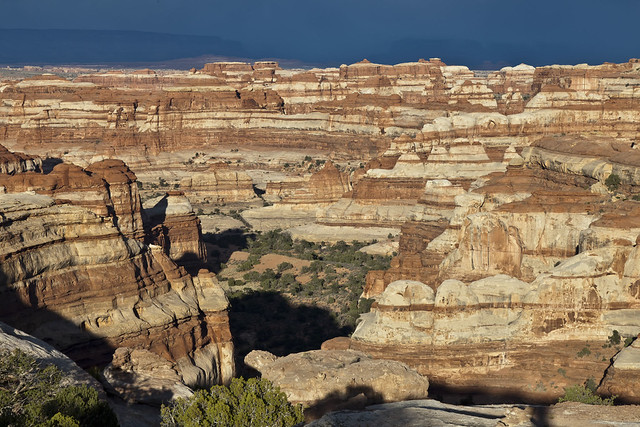 A small tree growing out of the sandstone at sunset. 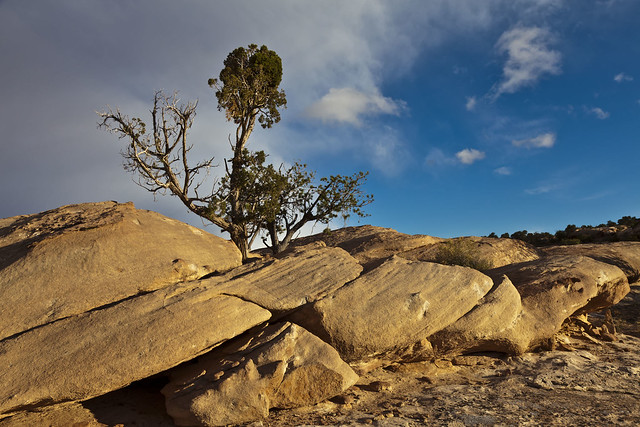 My long shadow close to sunset. 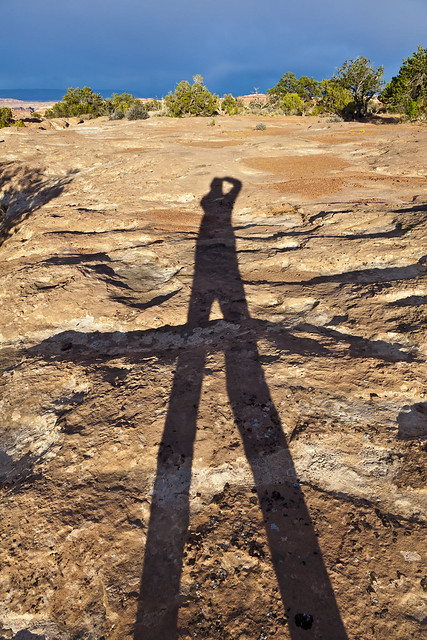 Island in the Sky lit up in the distance. 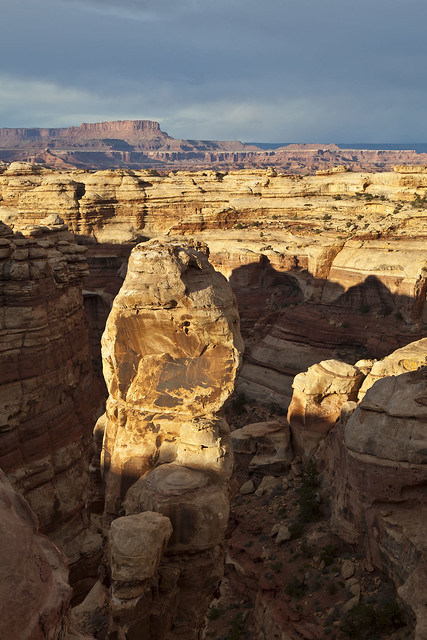 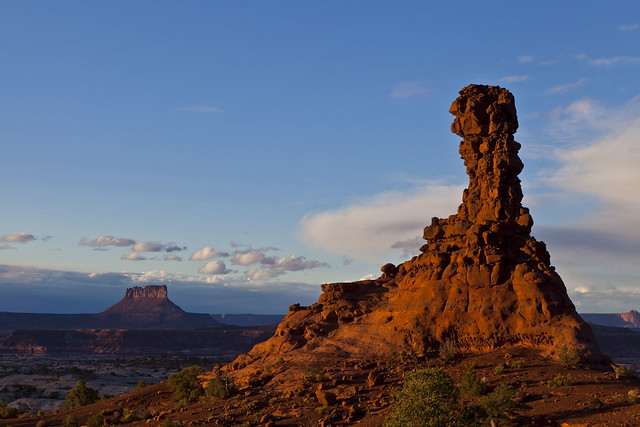 There was plenty of wind, snow and even more wind that evening! The weather certainly could have been better, but it still turned out to be a nice first day to start our trip.

>> Into the Maze Photo Gallery