I left after work on Tuesday afternoon, grabbed some dinner on my way out of town and then headed southwest through Unaweep Canyon to Gateway, Colorado. From there I took the road through John Brown Canyon to the La Sal Mountains Loop Road and made my way over to Geyser Pass. The Geyser Pass Road was very washboarded for much of the way and slowed down the drive considerably. I continued on past Geyser Pass toward Burro Pass and found a nice spot to camp with a great view of Mellenthin Mountain and Mount Peale at sunset. There were plenty of wildflowers in the meadow near camp and a few deer even came out at dusk. I went to bed early so I could get an early start on Wednesday morning.

Leaving Gateway through John Brown Canyon on my way to the La Sal Mountains. 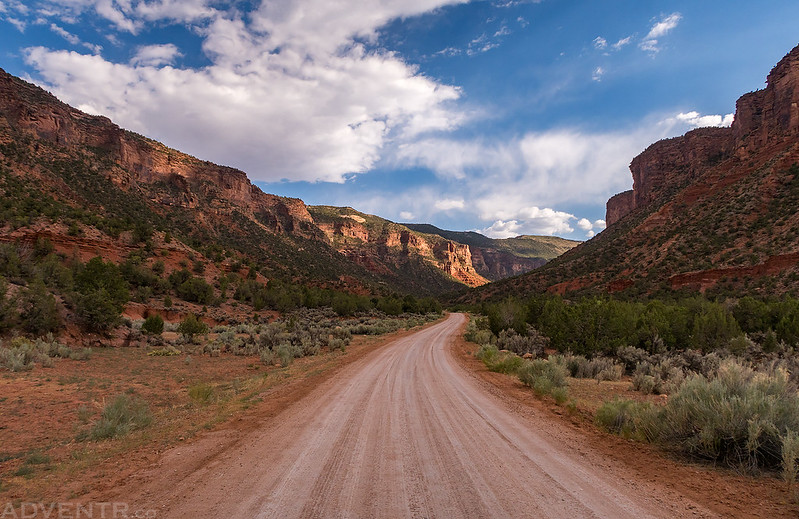 The freshly paved La Sal Mountain Loop Road that was closed most of last year for construction. 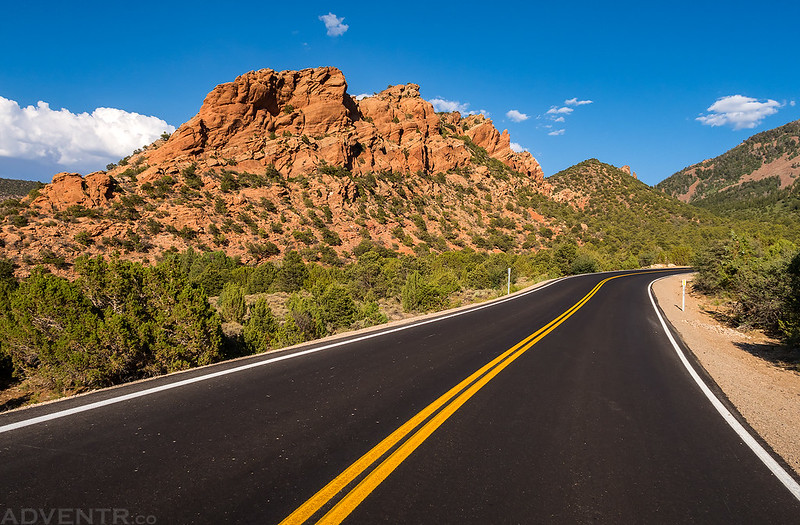 A smoky view over Castle Valley. This smoke was most likely coming from the Trail Mountain Fire near Huntington. 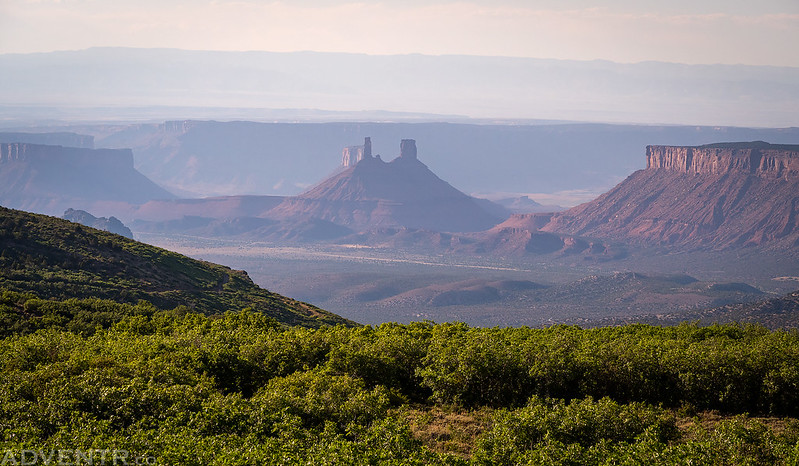 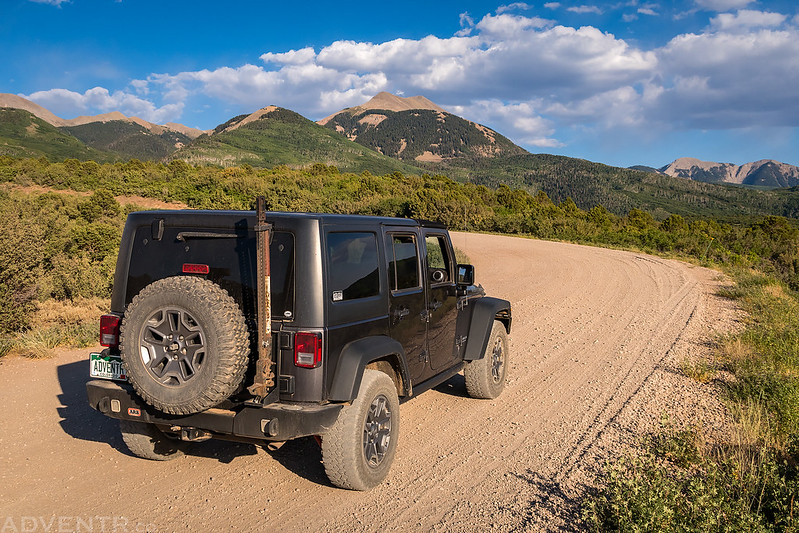 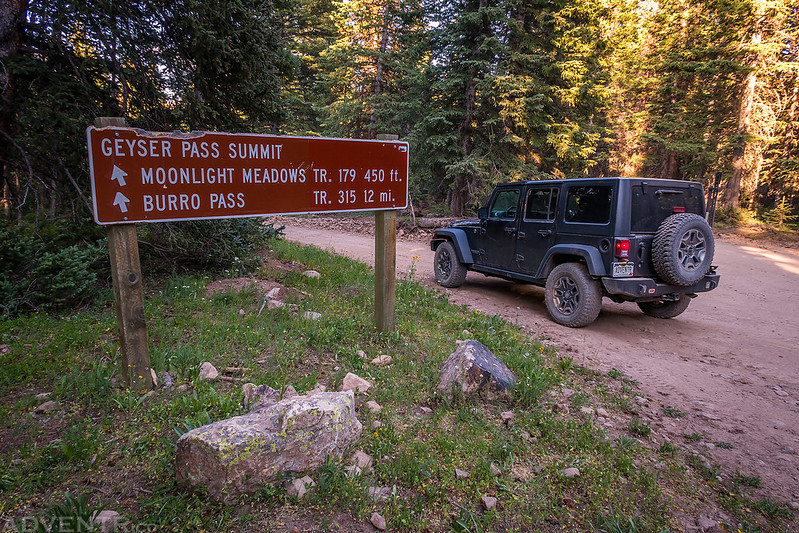 After leaving Geyser Pass, I continued on the two-track road that heads partway up to Burro Pass to find a campsite for the night. Mount Mellenthin (12,645) and Mount Peale were visible to the south from this open meadow. 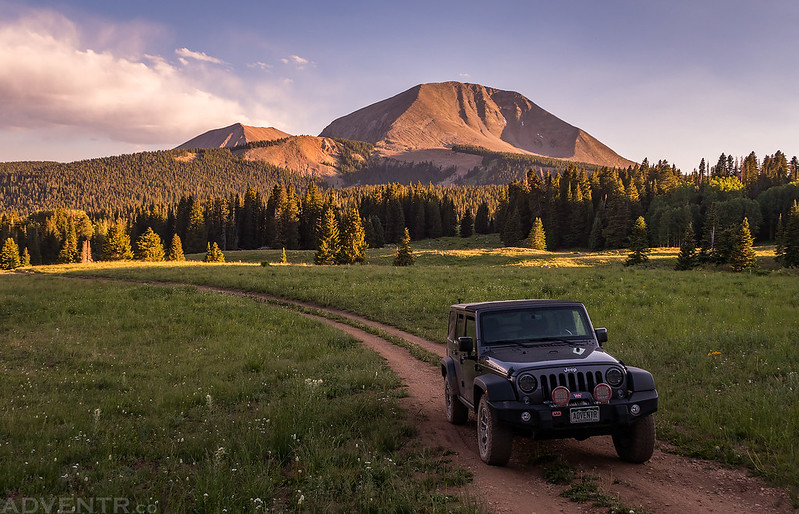 The meadow near camp had plenty of wildflowers around that I photographed during the last light of the day. 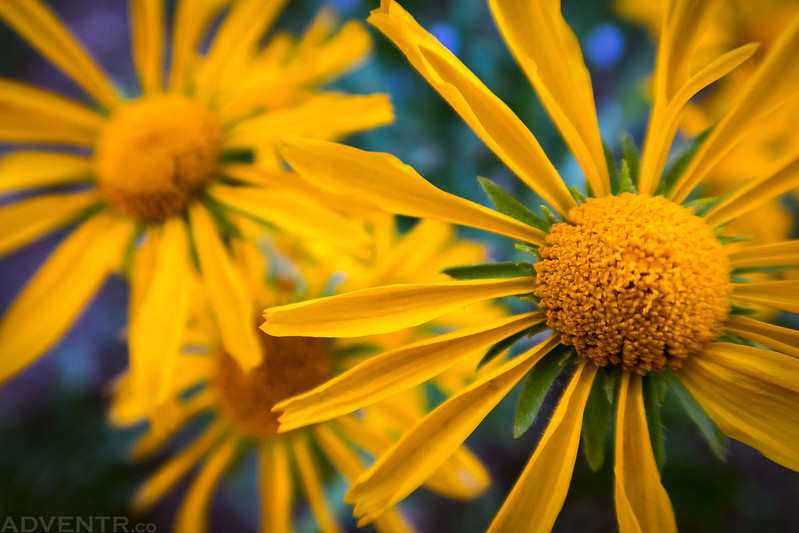 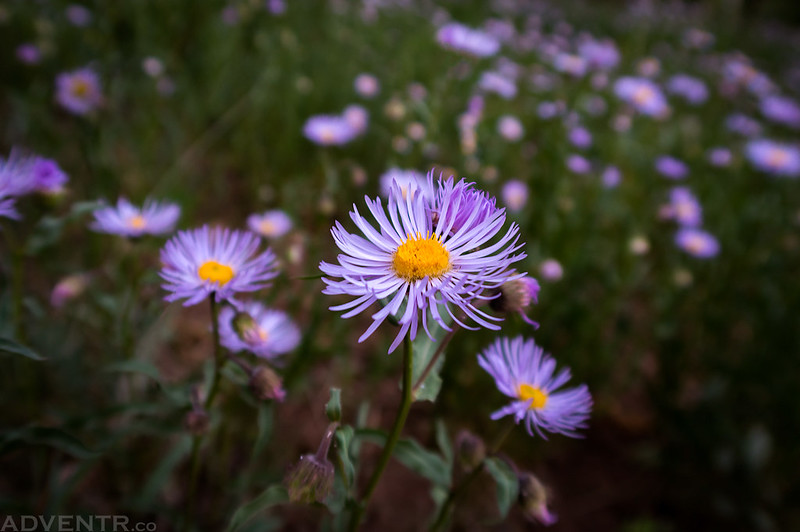 The lonely two-track I drove earlier in the evening. 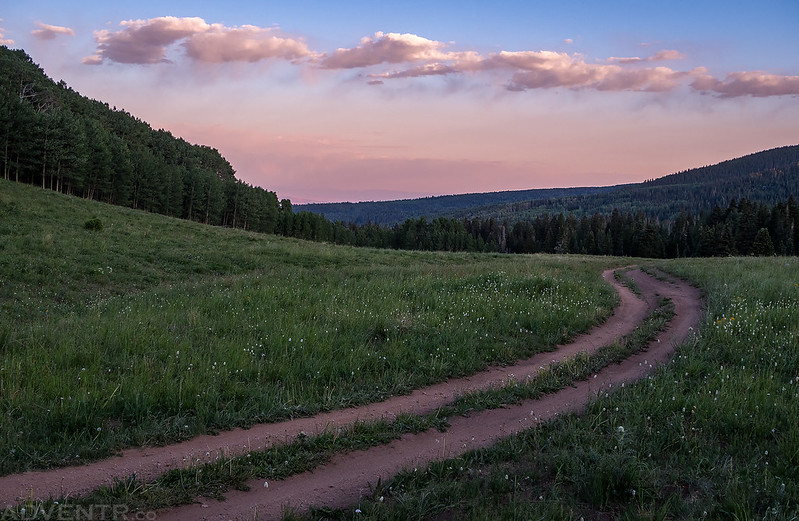 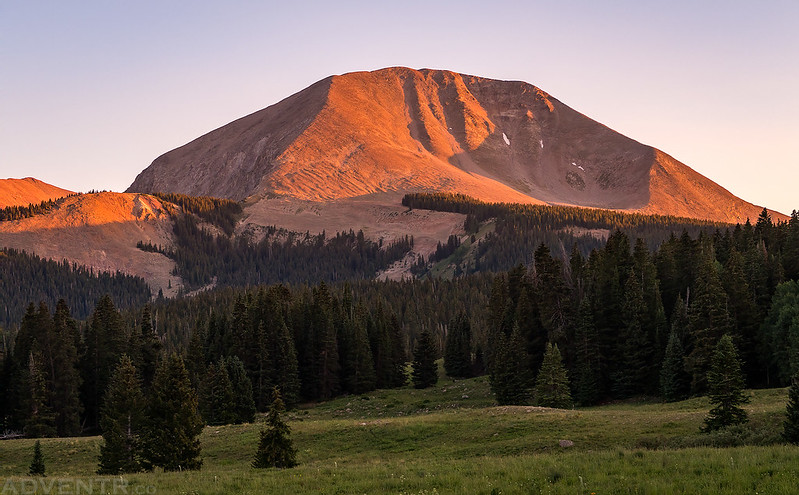 I woke up with the sun on Wednesday morning, loaded up my Jeep and then drove the rest of the way to the Burro Pass Trailhead. After making sure I had all my gear, snacks and water, I started the hike up to Burro Pass and then continued on to Manns Peak. As I hiked there was an aroma of smoke in the air all day from large wildfires which would also be visible in the sky surrounding the peaks. 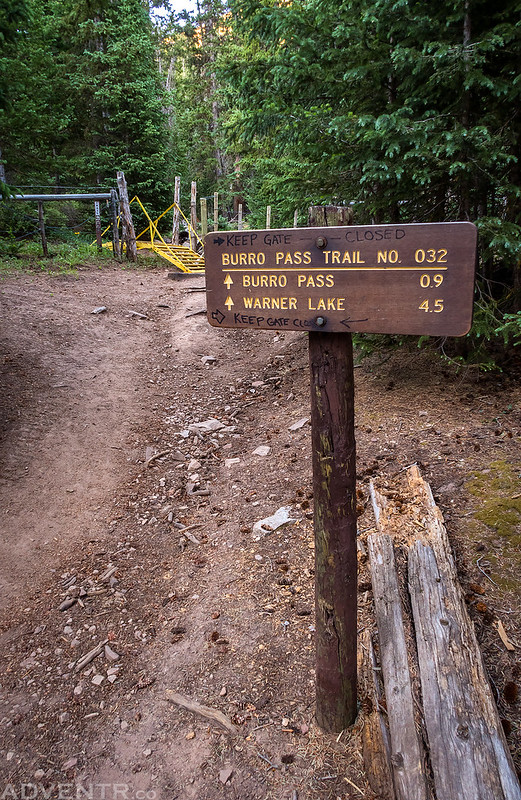 The morning sun peeks over the ridge between Manns Peak and Mount Tomasaki as I hiked up to Burro Pass. 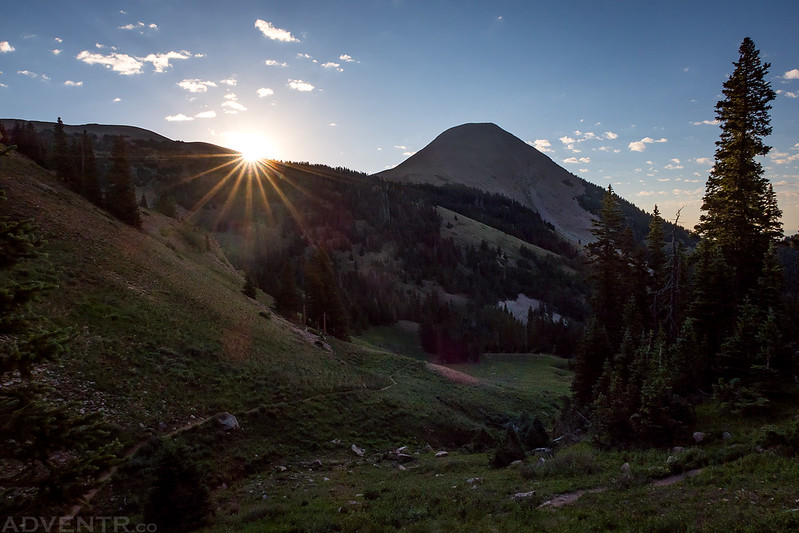 After reaching Burro Pass I followed the trail that climbed the ridge toward the summit of Manns Peak. 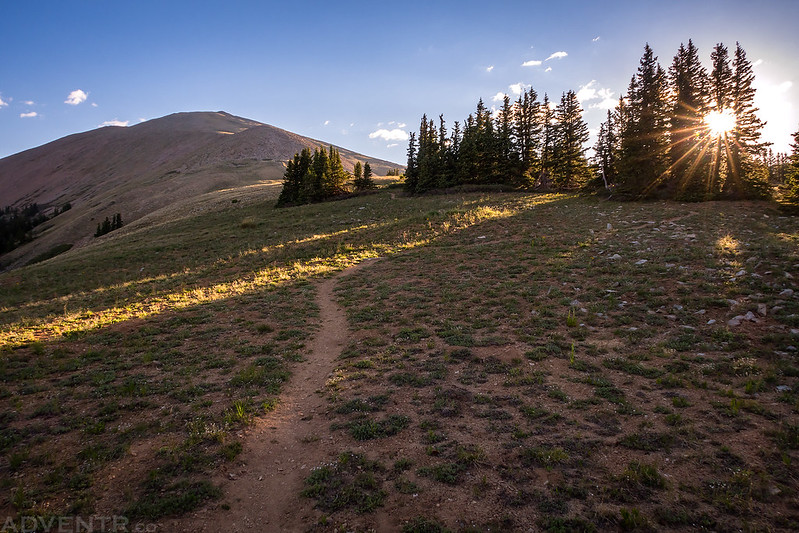 Looking back from the trail over Burro Pass and Burro Ridge to Mount Peale, Mount Mellenthin and Mount Tukuhnikivatz. 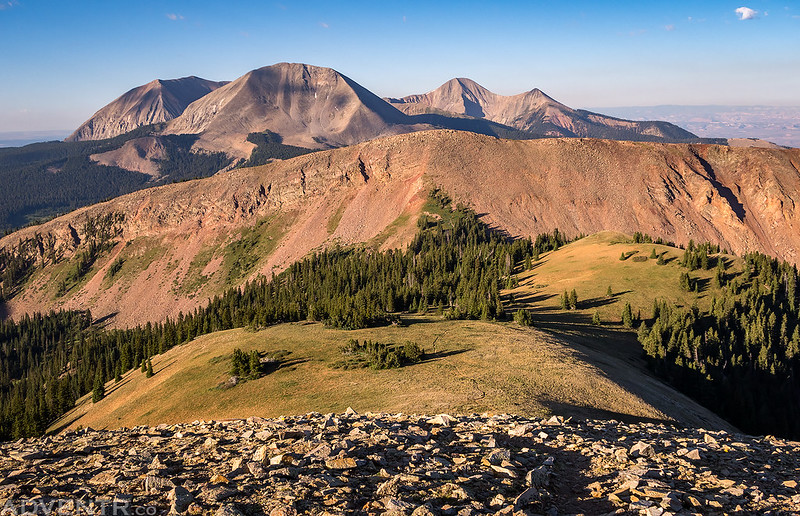 The view from the summit of Manns Peak looking southeast to Mount Tomasaki. On the distant horizon you can just barely see the San Juan Mountains of Colorado including Lone Cone (12,613), one of my personal favorite peaks. 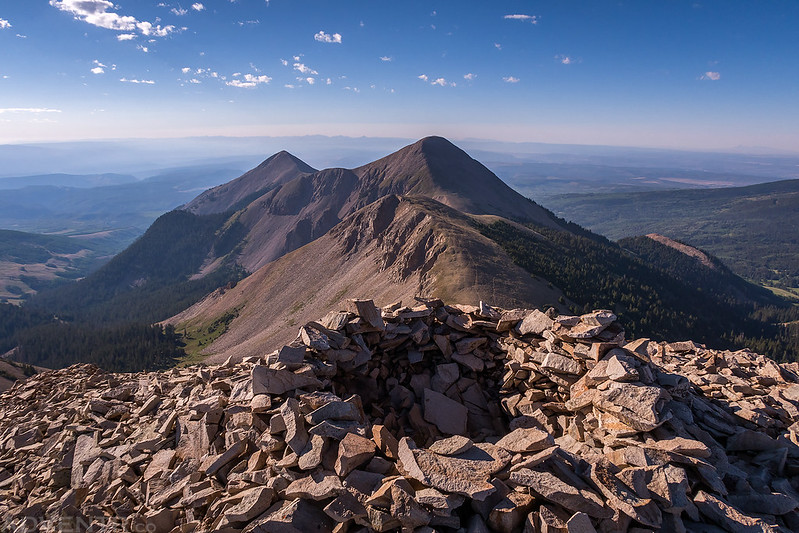 Looking down into Beaver Basin from the summit of Manns Peak. Whenever I come back to climb Mount Waas (12,331), it will probably be from down there. 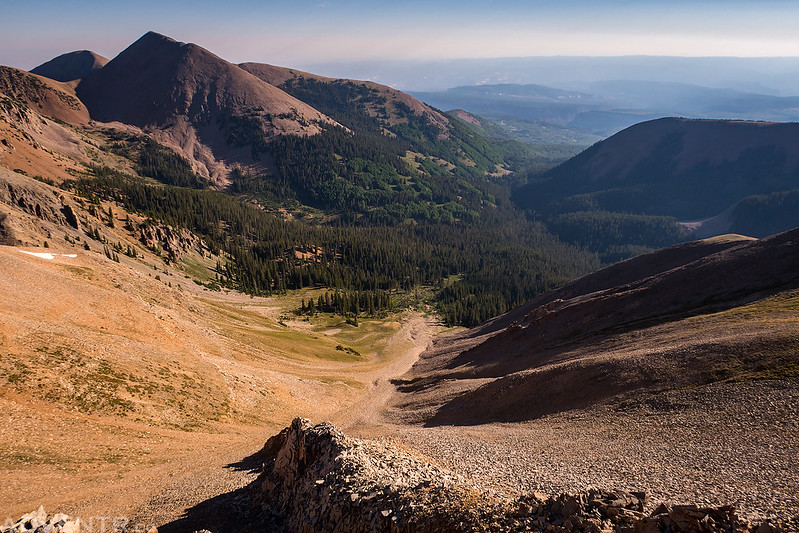 Even though the air was filled with smoke from all of the wildfires this summer, I could easily see Porcupine Rim down below. 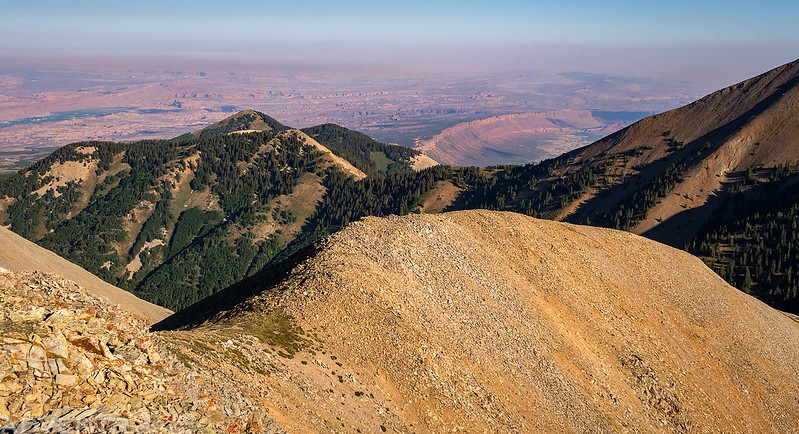 After spending some time enjoying the views from the summit, it was time to move on to Mount Tomasaki. You can see most of the route in the photo below. I stayed to the right of the high point in the middle of the connecting ridge so I wouldn’t have to climb too much extra elevation on the way. 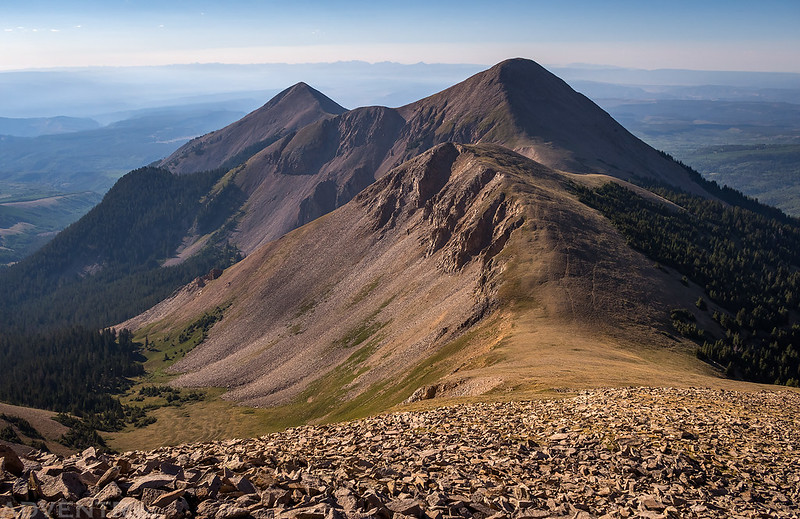 Descending to the second saddle before climbing to the summit of Mount Tomasaki. 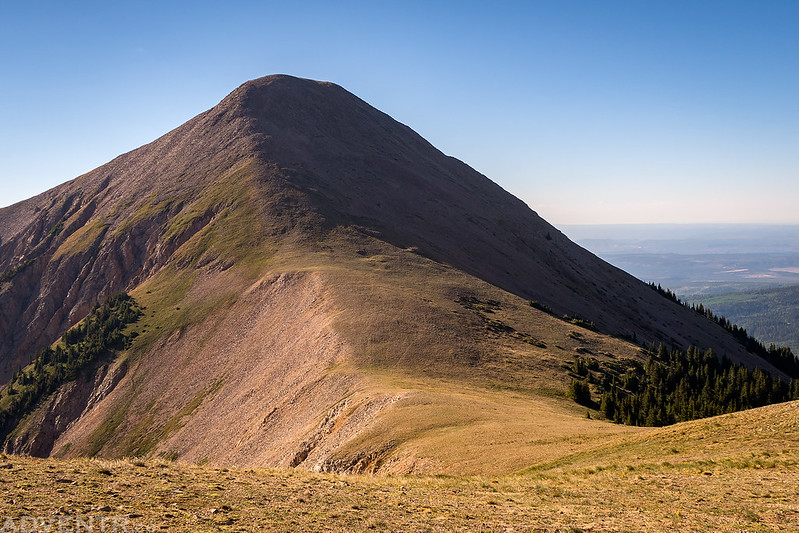 A view back to Burro Ridge (11,641) during the climb. You can see the Burro Pass Trail going up to the saddle below the ridge. 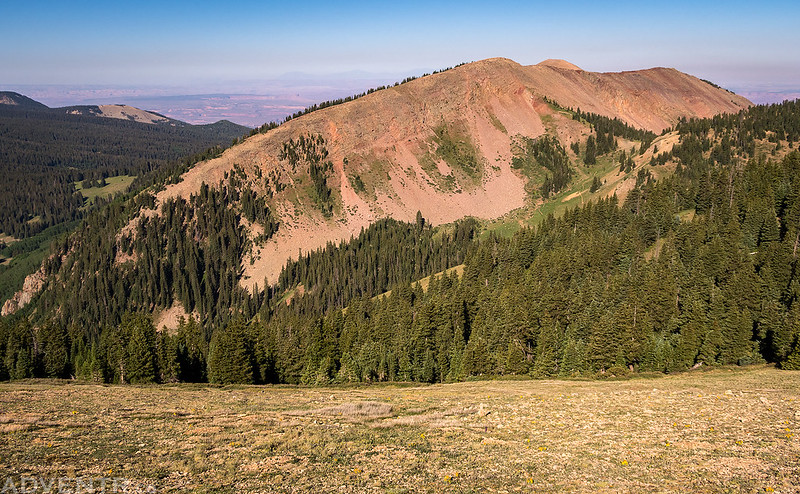 Looking back to Manns Peak and Mount Waas as I neared the summit. 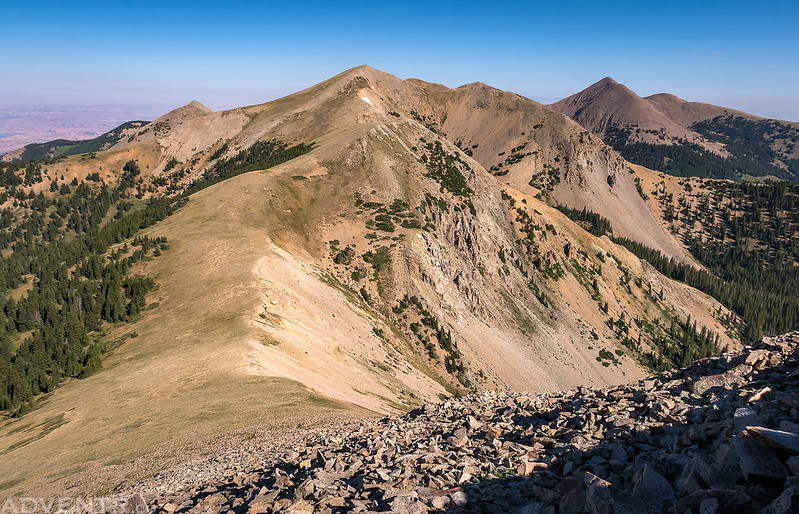 The summit of Mount Tomasaki. My legs were still feeling pretty good at this point, so I decided I’d head back to Burro Pass and then climb up Burro Ridge and make my way over to the summit of Haystack Mountain (11,641). 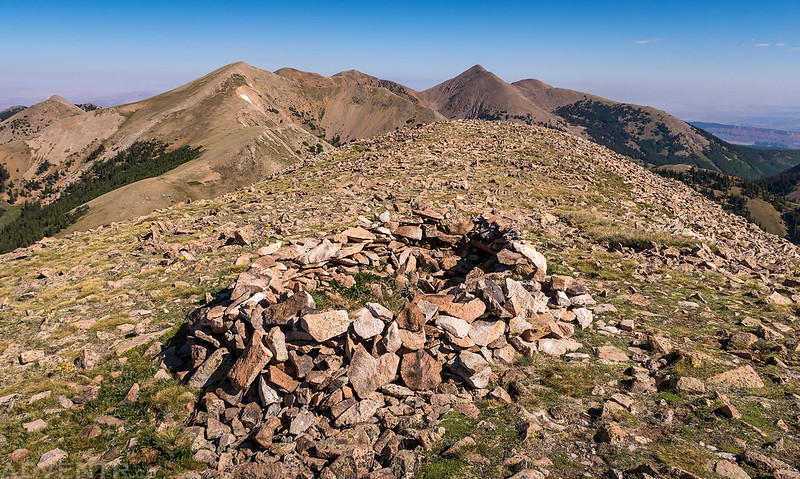 On way way back to Burro Pass I avoided climbing back up Manns Peak and traversed the talus on the south face. 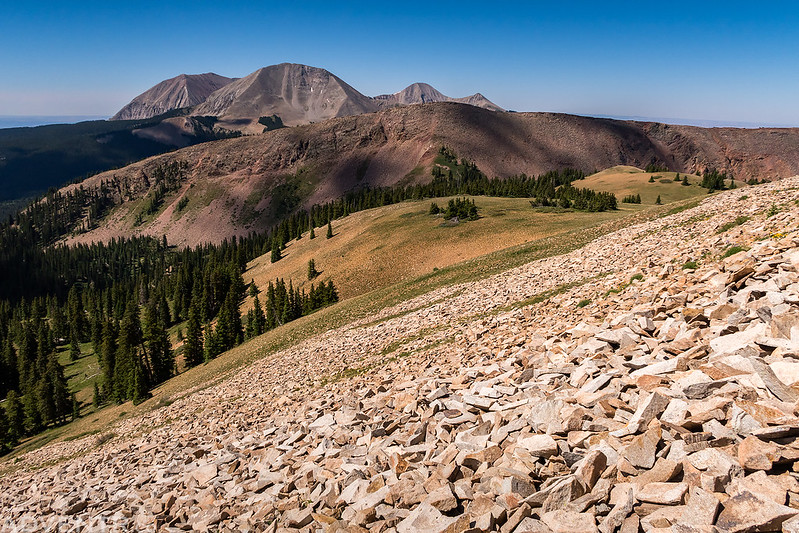 Back to Burro Pass. From here I climbed up the steep slope on the south side of the pass right to the summit of Burro Ridge. The climb was pretty steep and there was some loose rock near the top, but it wasn’t very difficult overall. 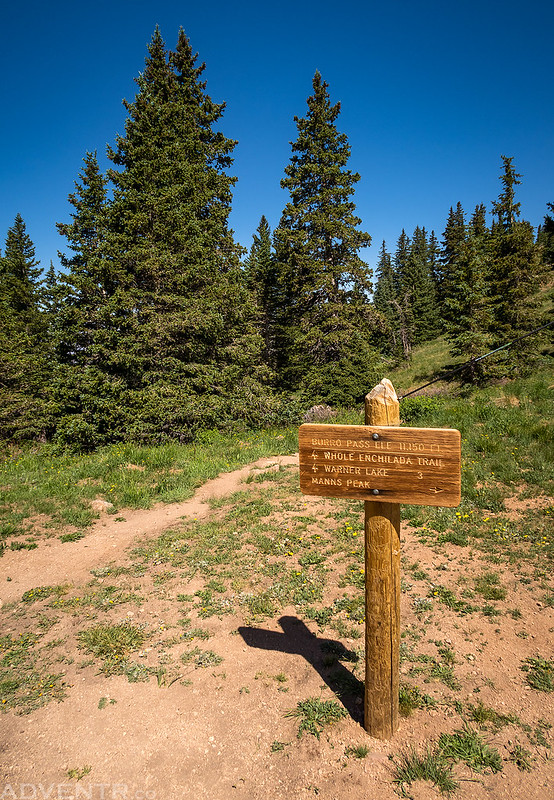 A view from the rocky summit of Burro Ridge (11,641) looking back to Mount Tomasaki. 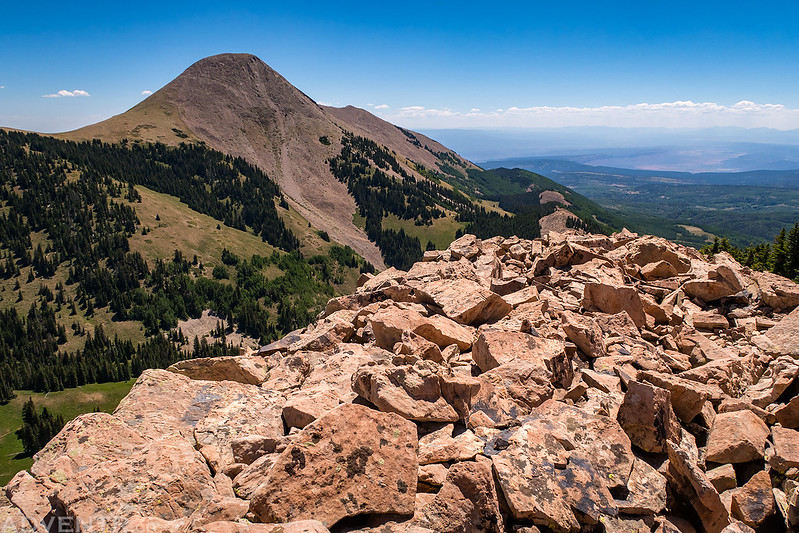 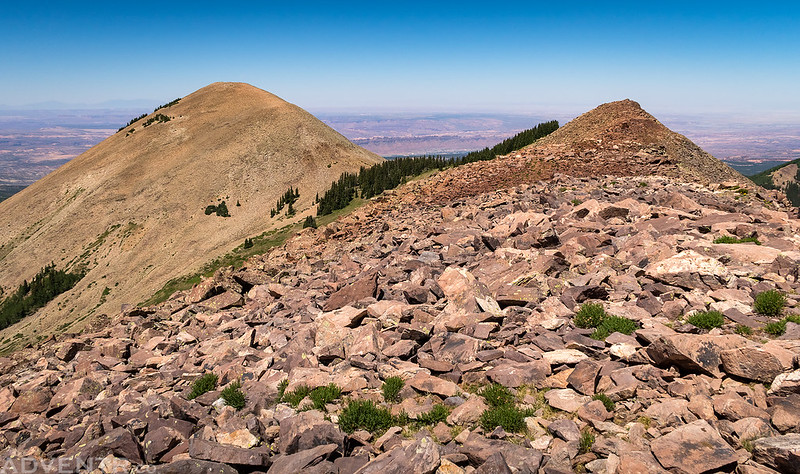 Because of my tired legs I was getting pretty slow as I climbed Haystack Mountain. It’s a good thing there were still very few clouds in the sky, so I didn’t have to worry about thunderstorms today. Not only was the way up pretty steep, it was also just a pile of loose rocks. I really think they should rename this peak Rockstack Mountain since that’s what it felt like and looked like while climbing it! 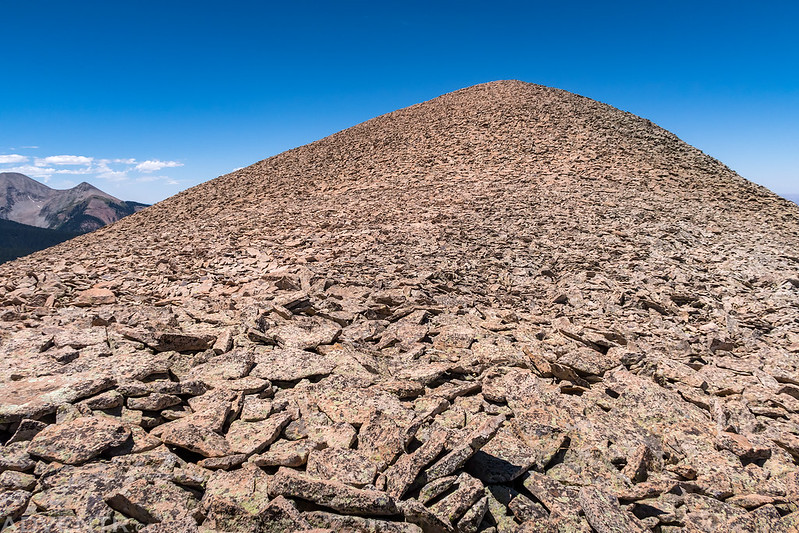 I did eventually make it to the summit of Haystack Mountain and had a nice hazy view of Spanish Valley in the distance along with the entire Canyonlands region and the very faint Henry Mountains on the horizon. 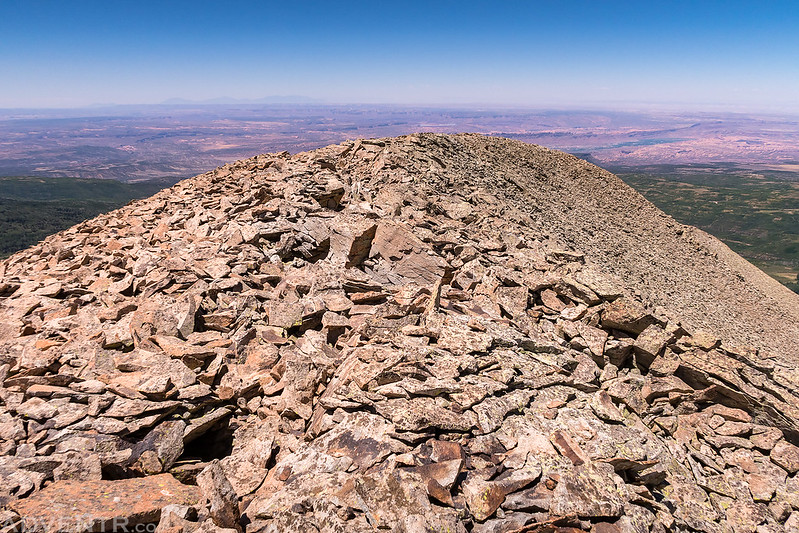 After returning back down to the saddle, I found a faint trail on the south side of Burro Ridge that I followed back to Geyser Pass and then I took the beginning of The Whole Enchilada Trail back to my Jeep at the Burro Pass Trailhead. My legs were pretty tired by this point, but I had a great day hiking in the La Sal Mountains! 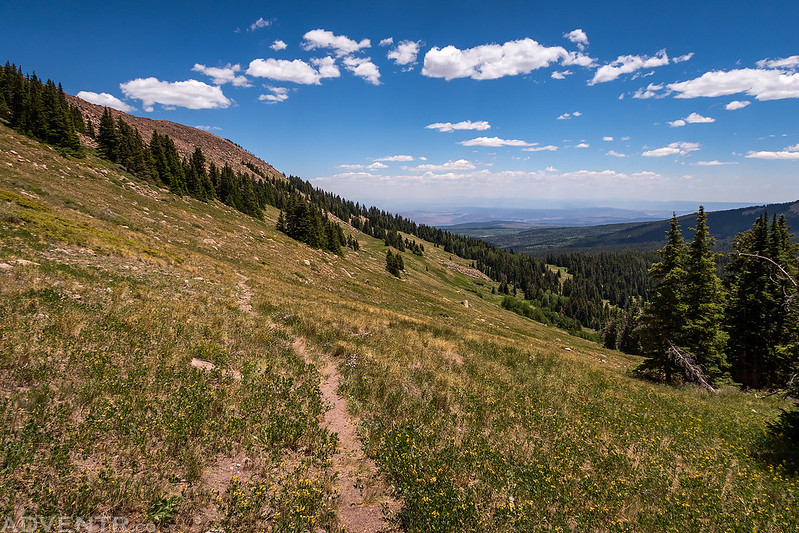 By the time I reached my Jeep I had been hiking in the mountains for almost 8 hours and had gone 10.5 miles with about 3,800 feet of elevation gain. I probably could’ve cut down on the mileage and elevation a little had I started a loop by climbing Mount Tomasaki first from the trailhead, but I really hadn’t planned on hiking this many summits when I started out. At least this was a good workout to get me ready to hike my first 14er of the year on Saturday!