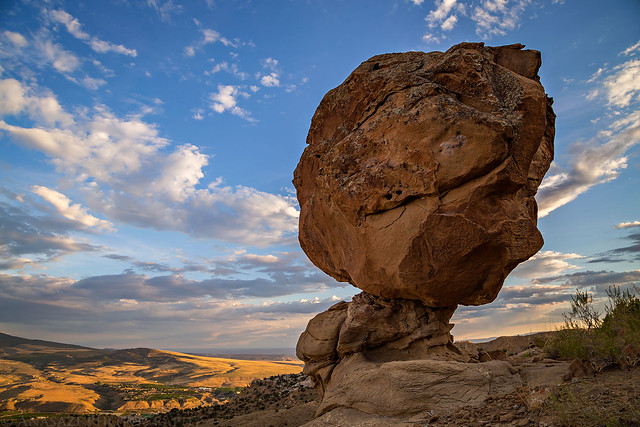 A large balanced rock I passed on my way to the summit of Mount Lincoln in the Little Book Cliffs.

I decided to give it another try this evening, but this time I wanted to start from the road in Coal Canyon. Not only did I want to link up Coal Canyon with the Stagecoach Trail, but it also looked like the hike might be a little easier from this side. However, even though the trail from Coal Canyon started out higher, there seemed to be more ups and downs along the way, so I’m not sure if I saved any elevation gain by starting here.

I left work, stopped home to change and then drove around to Cameo and Coal Canyon to start hiking. Here’s my Jeep parked below Mount Lincoln. 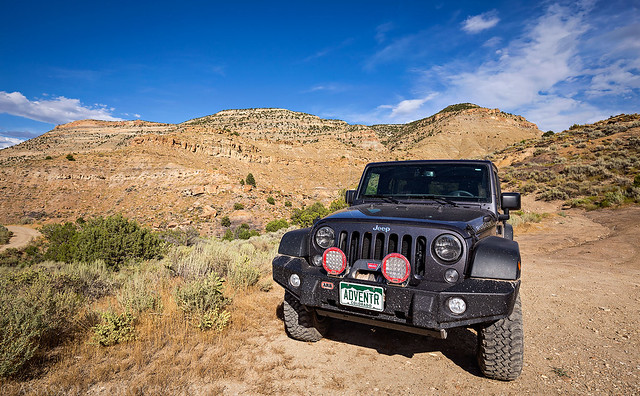 I had hoped to drive a little further down this old road, but it was washed out right off of the Coal Canyon Road, so that is where I started hiking. 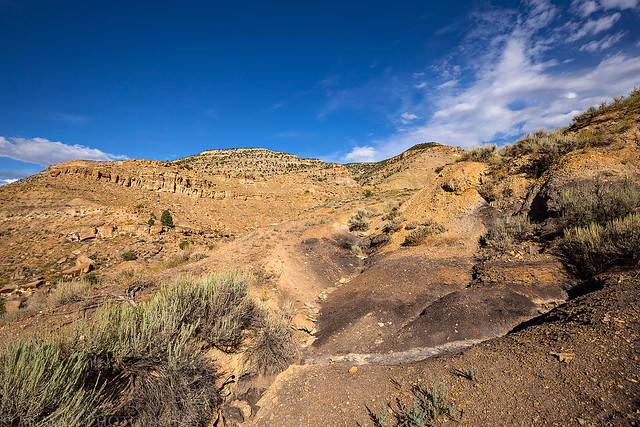 My view of Mount Lincoln (6,661) as I traversed around the south side to reach the east side where I could climb up through some breaks in the cliff bands. 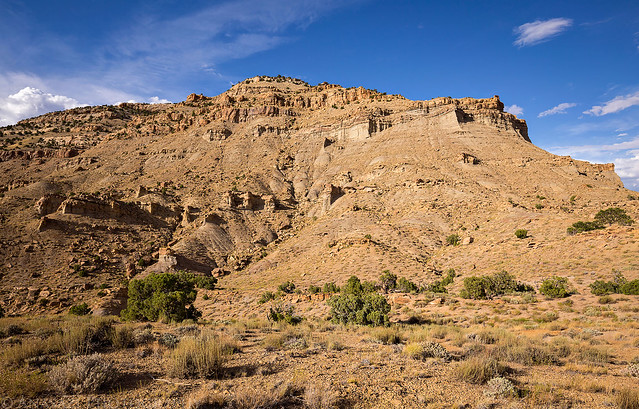 I passed this large balanced boulder along the way. 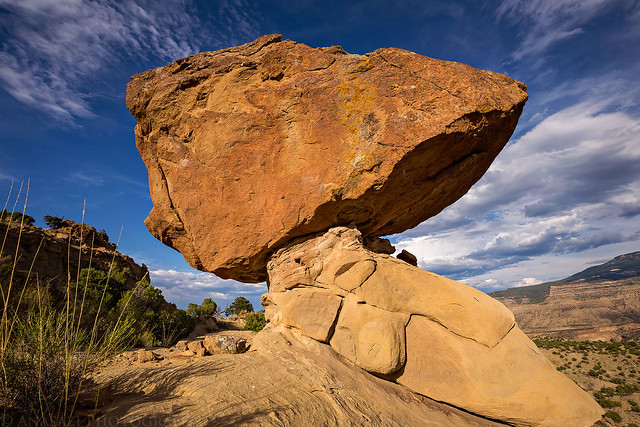 As usual, the view of the Grand Mesa from this area is pretty nice. 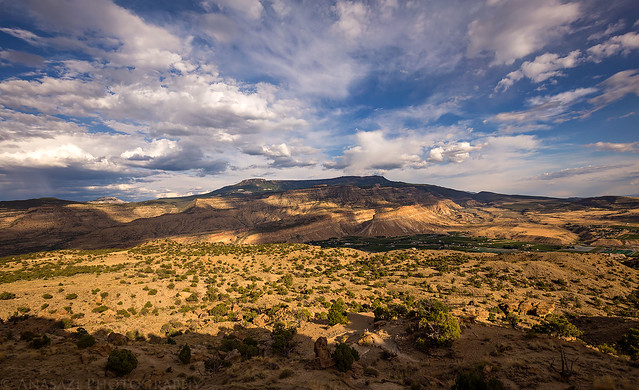 Once I reached the east side, it was time to really start climbing. A majority of the elevation gain was up a steep slope that was composed of a small loose gravel, which was similar to hiking up a sand dune. This section really slowed me down considerably and wore me out! As usual, this photo doesn’t do the slope any justice, but maybe you can get an idea of how steep it was… 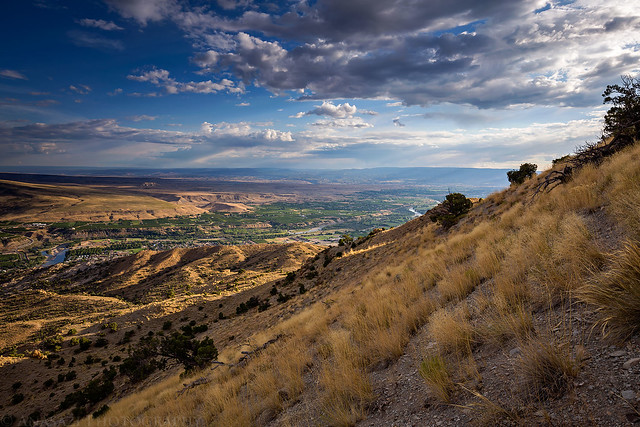 Nearing the summit. This rocky outcropping is not the summit, but it’s not too far away. The actual summit is set back a little bit on the flat-topped mesa, hidden in the Pinyon and Juniper forest without much of a view. 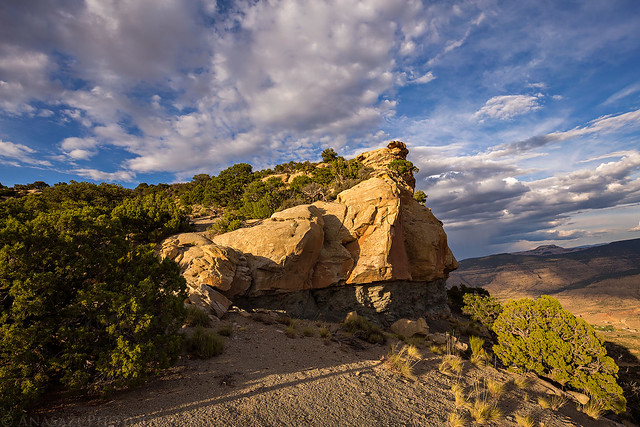 I found this tiny summit log under a small stack of rocks below a Juniper tree. It was too wet to sign. 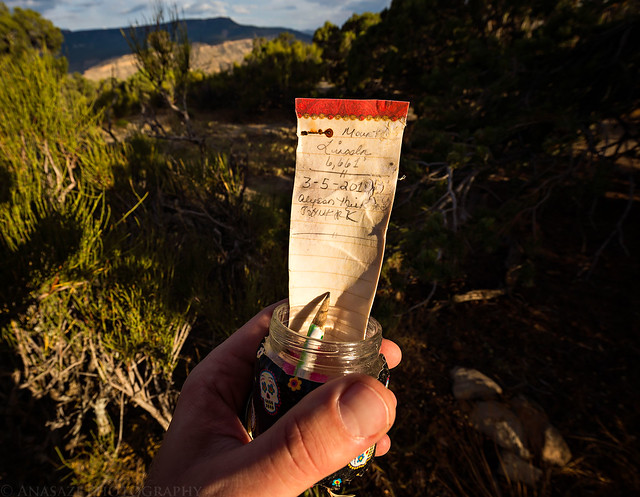 Even though there wasn’t a view from the actual summit, moving a few feet away to this edge provided a nice view over Mount Garfield and the Grand Valley. 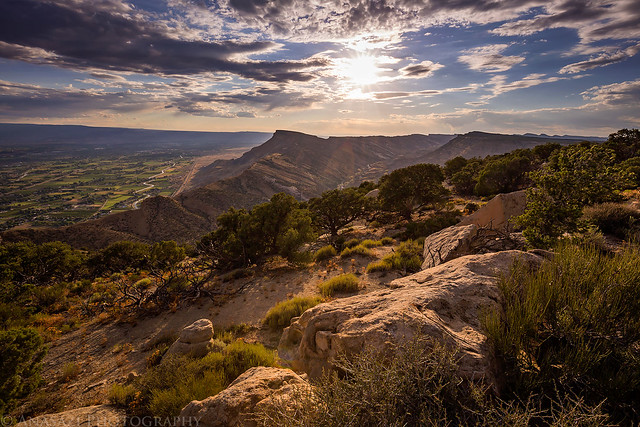 I liked the look of this canal snaking through the valley below. 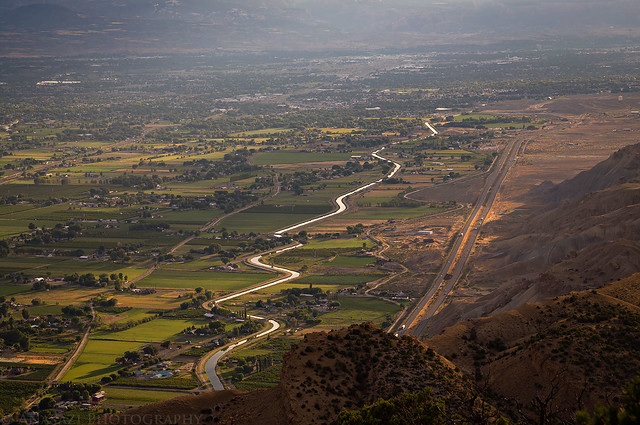 Another fine view across the Grand Valley to the Uncompahgre Plateau. 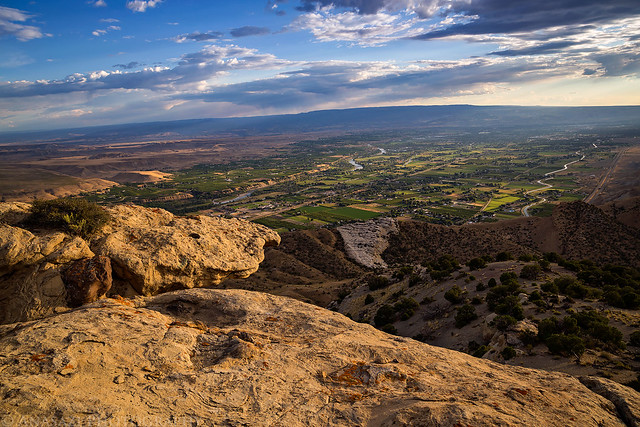 Light on the cliffs above Palisade. 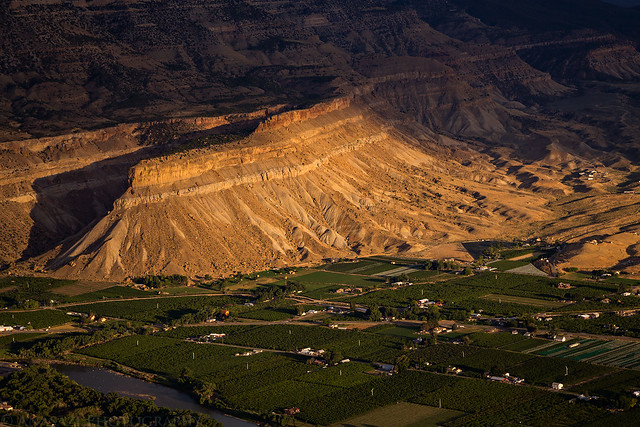 I stopped for another photo of the balanced rock on my way back.

Nice clouds above the desert landscape. 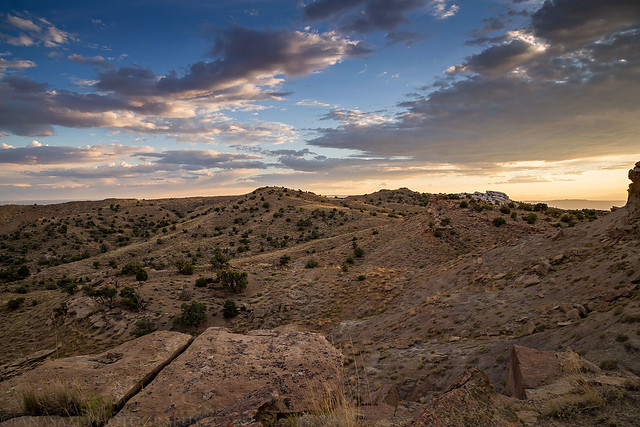 The view of the sunset towards the Grand Mesa. 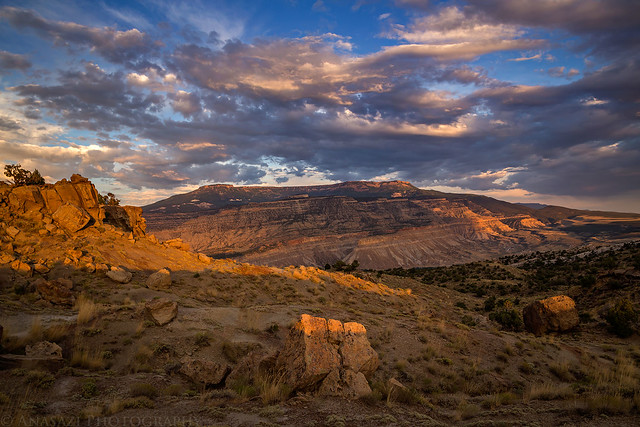 Mount Garfield in the upper right as I hiked back to my Jeep. 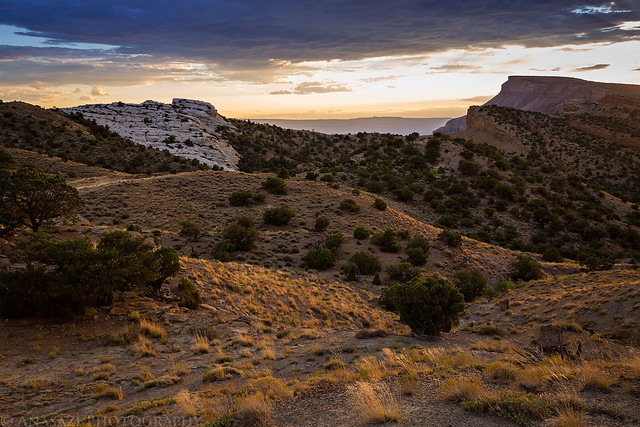 They don’t call it ‘Coal Canyon’ for nothing! 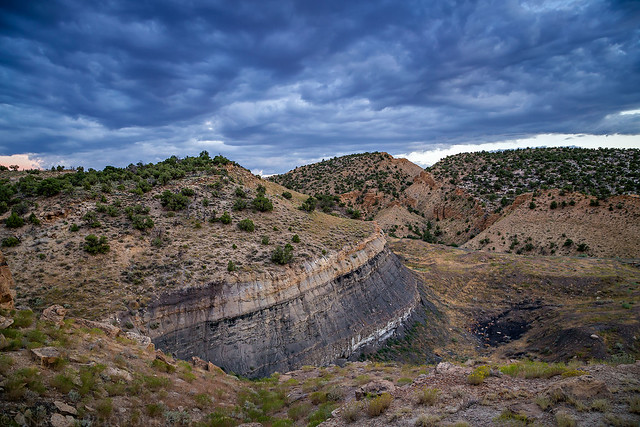 When I was just about back to my Jeep I looked up above Mount Lincoln and saw an almost-full moon rising. It looked much bigger and brighter in person than in the photo I took. 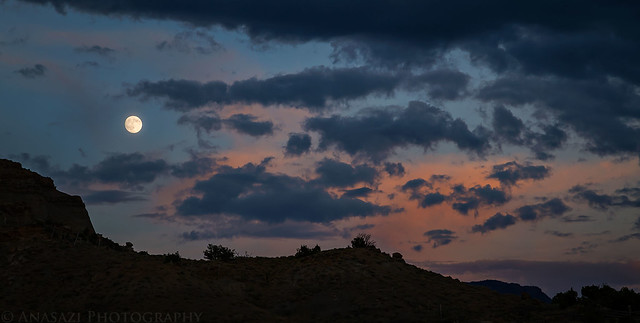 Below is a map and GPS track of the route I took to reach the summit of Mount Lincoln starting in Coal Canyon. It might not be the best way, but it worked for me. This probably wouldn’t be a good route in the winter months when the Coal Canyon Road is closed to vehicles as it would add more mileage to the hike.