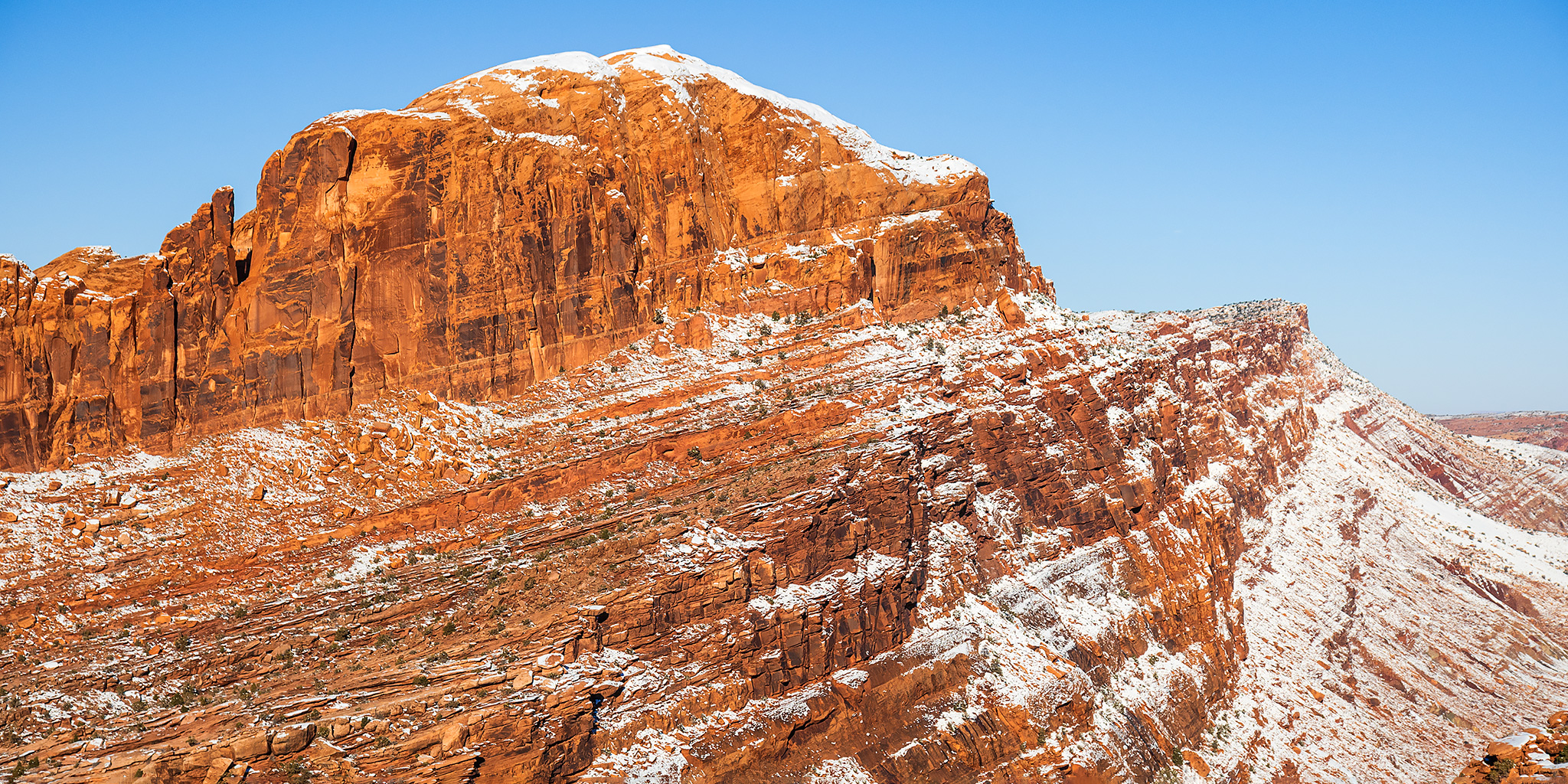 Moab Meanderings: Both Sides of The Portal

This weekend I decided to stay close to home and went on a day trip to Moab. I originally had other hiking ideas in mind when I left home on Saturday morning, but the Jeep roads I needed to drive were covered with snow and ice and a bit sketchy, so I ended up staying closer to the pavement and hiked trails on both sides of The Portal, which is where the Colorado River enters the canyon just downstream from town. First I headed over to the Moab Rim Trailhead and was going to hike up the technical 4×4 road, but then I noticed there was now a new hiking trail, which wasn’t here the last time I hiked down from the Moab Rim, called the Stairmaster Trail- so I hiked up that one. 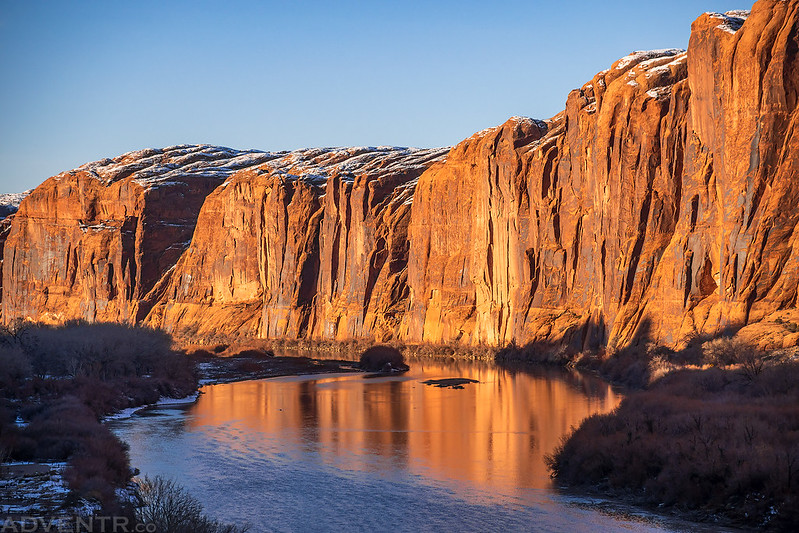 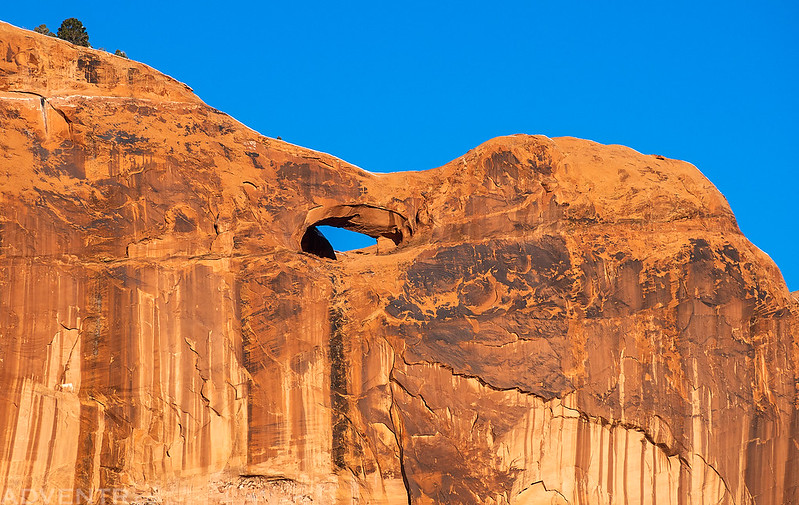 At first the Stairmaster Trail was pretty much snow-free, but it didn’t last long. 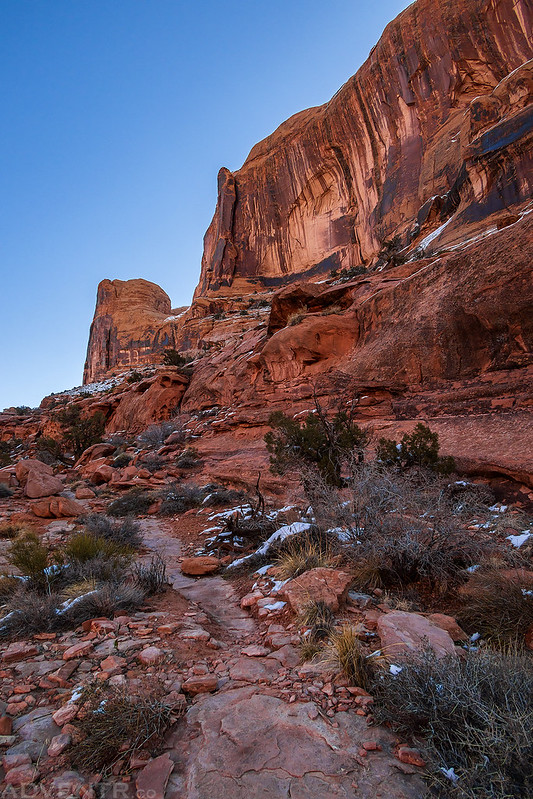 Looking across to the other side of The Portal. 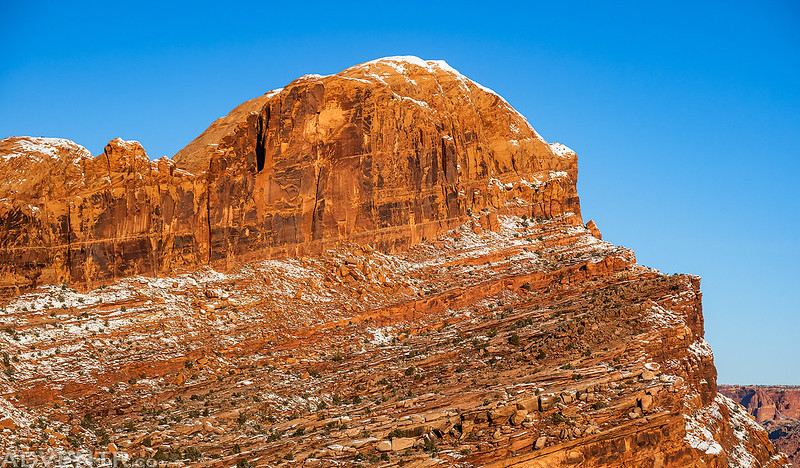 As I climbed higher there was more snow and ice in the shade and I was glad I had brought my microspikes along. 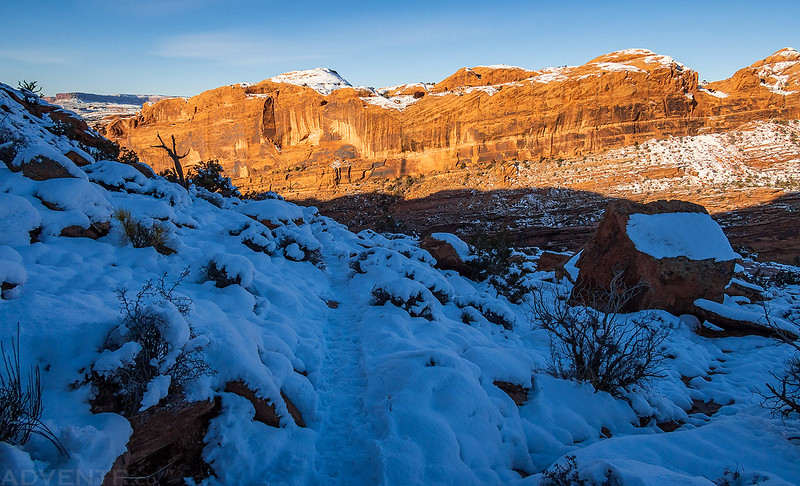 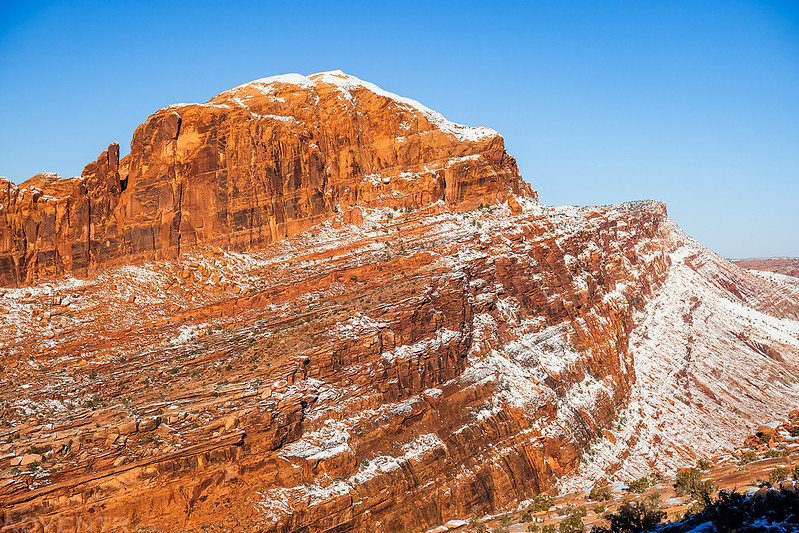 Once I made it to the top of the mesa I followed the roads and made a large loop. There was quite a bit of snow up here- probably close to a foot in places, so I was glad that I had also worn my snow boots on this hike. 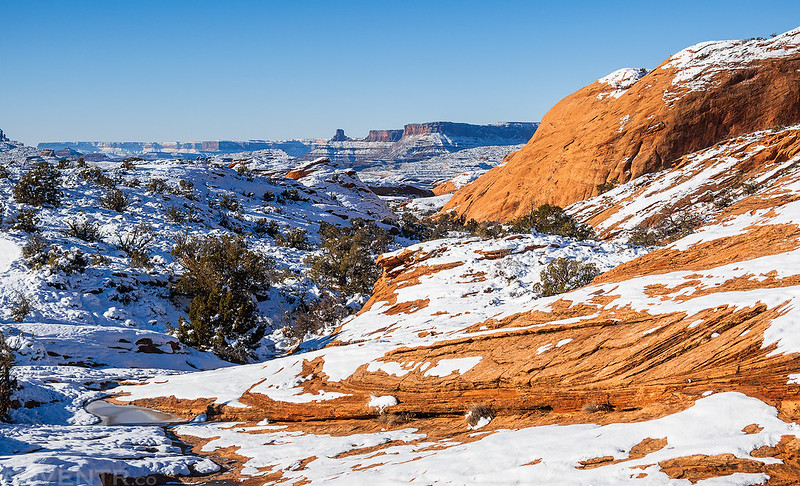 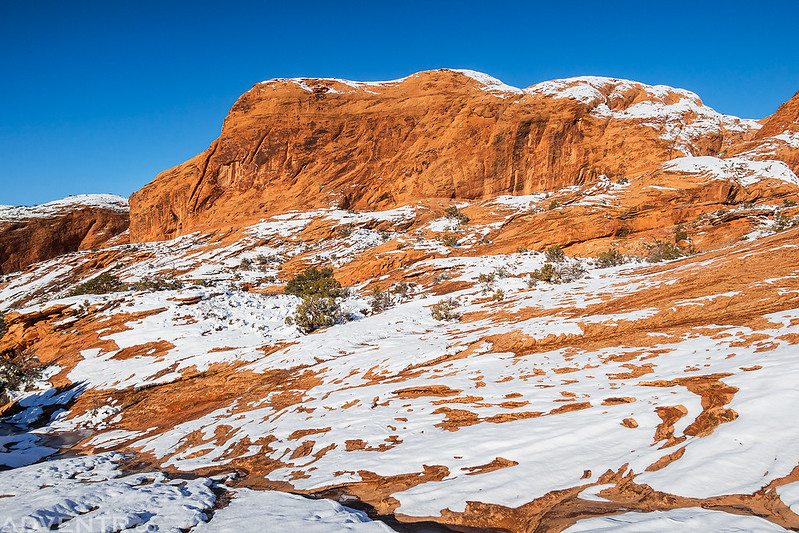 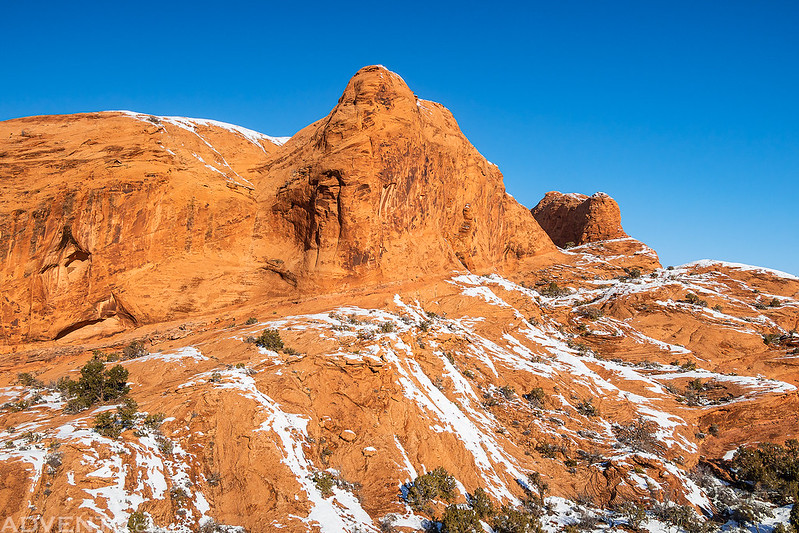 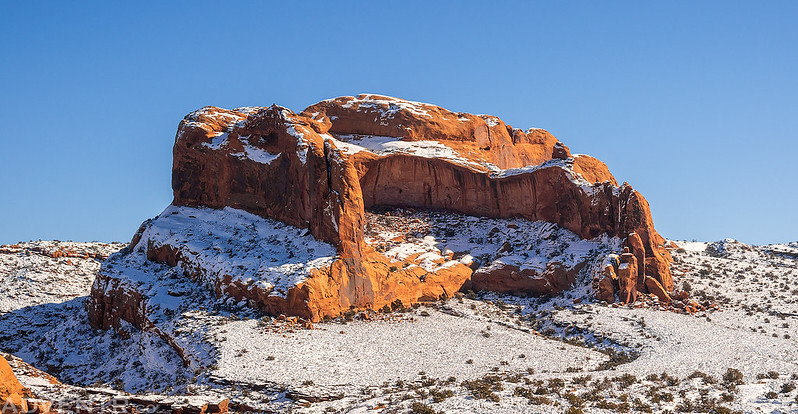 After hiking about 7 miles, I returned to the trailhead, drove around to the Potash Road and then started hiking up the Portal Trail. 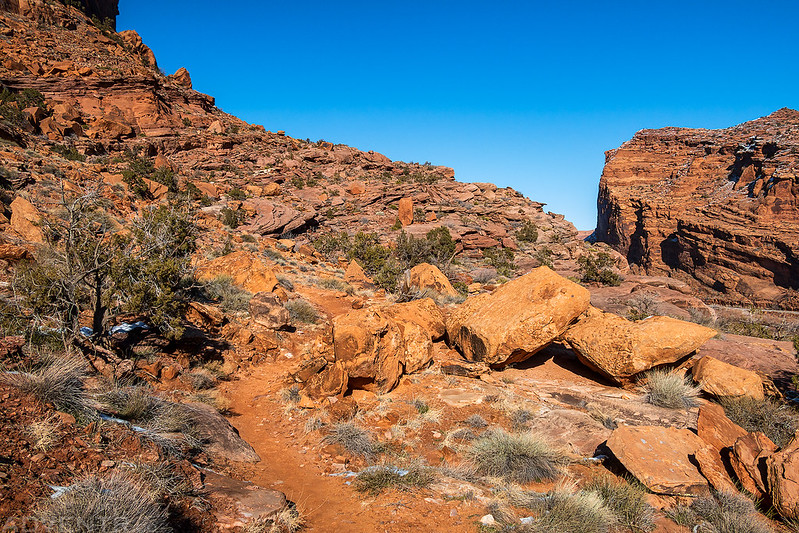 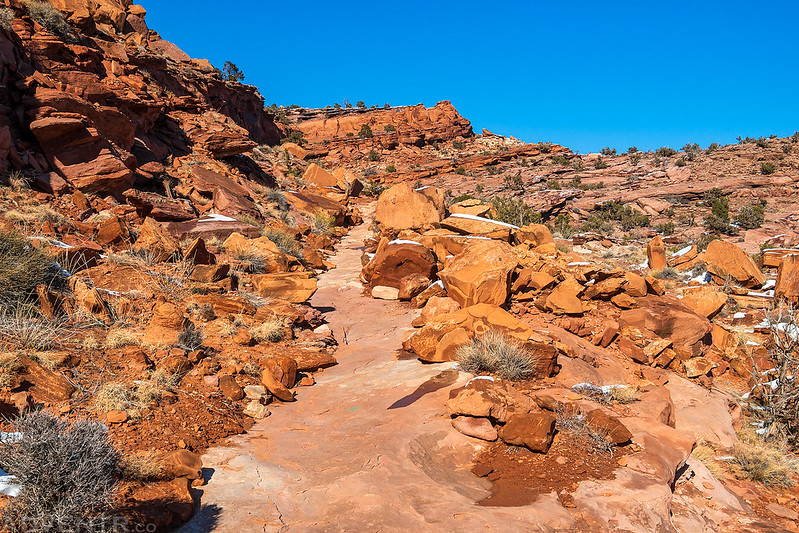 A view through The Portal over Mill Creek to the La Sal Mountains. 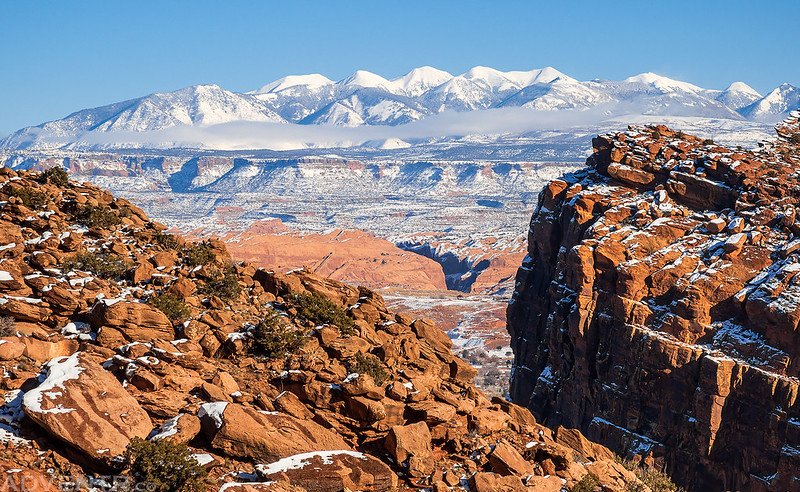 These ripples on a large boulder next to the trail caught my attention. 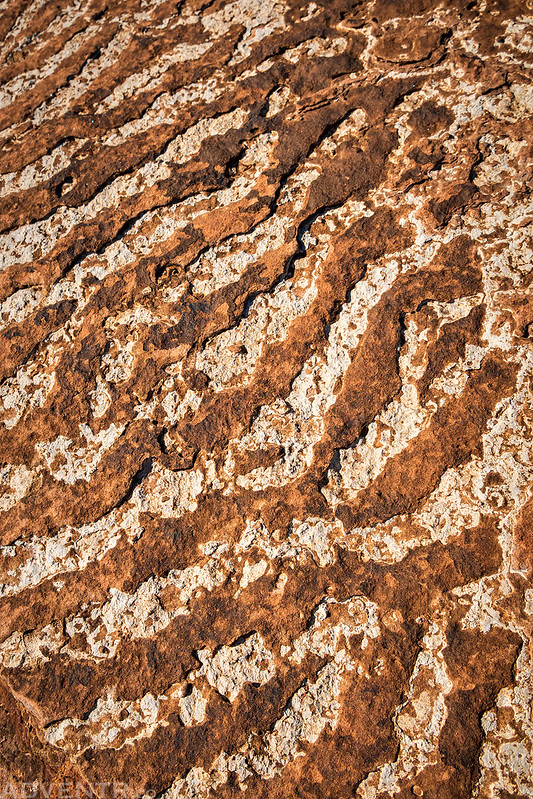 Over the Moab Rim 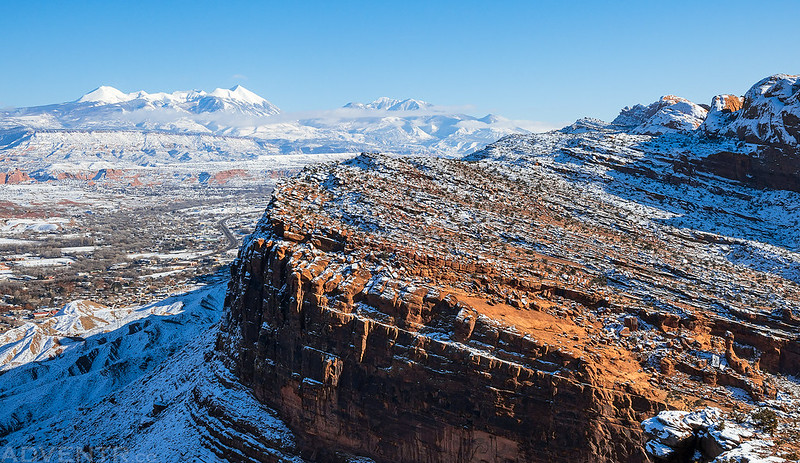 When I reached the Portal Overlook I enjoyed the views and then started heading back down. I would have liked to have continued up to the top of the Gold Bar Rim but it was starting to get late and the trail was covered with ice and snow next to a big drop-off. I’ll come back when it’s dry. 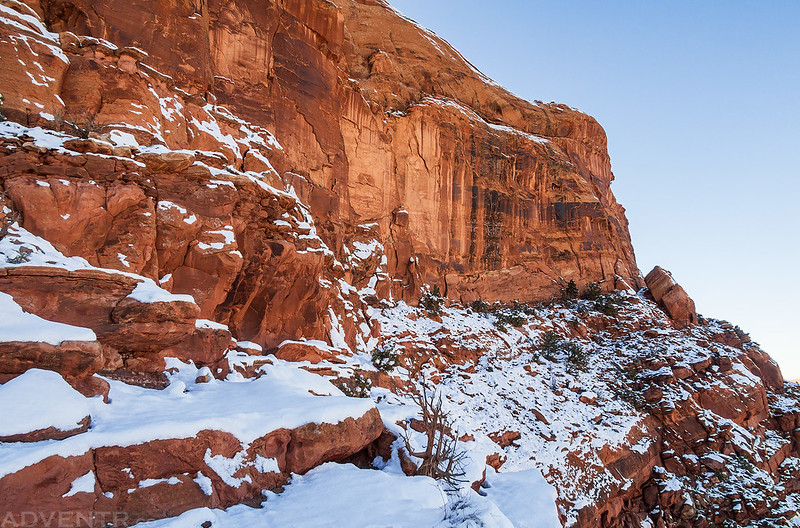 Looking back across to the Moab Rim as I hiked down to Jaycee Park. 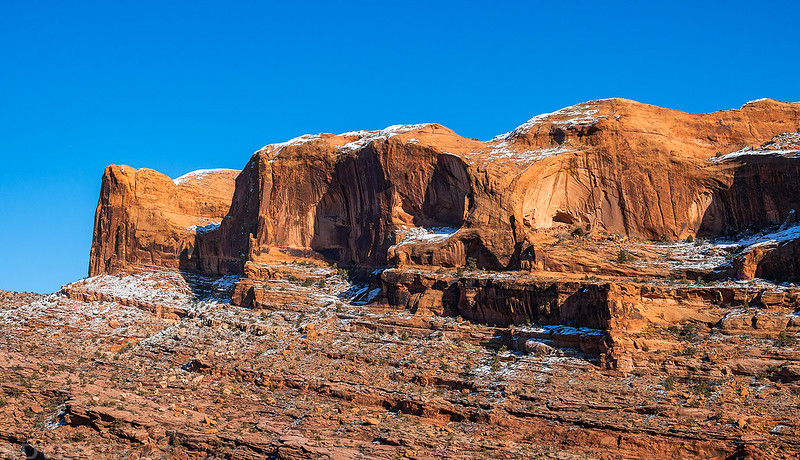 Shortly after starting back down from the overlook I heard a noise above me and at first thought it was a bighorn sheep or something, but as soon as I looked up I saw a large piece of the cliff falling through the sky that had broken off. I watched it fall until it hit the ground and made a loud ‘thud’ sound. It was pretty cool to see the geologic process in action! By the time I reached my Jeep parked along Potash Road I had hiked just over 10 miles with almost 3,000 feet of elevation gain today. It’s been a while since I hiked that much elevation and I was still feeling pretty good, so maybe I’m not in as bad of shape as I thought…

Below are a couple photos of petroglyphs that I came across during my hikes today. 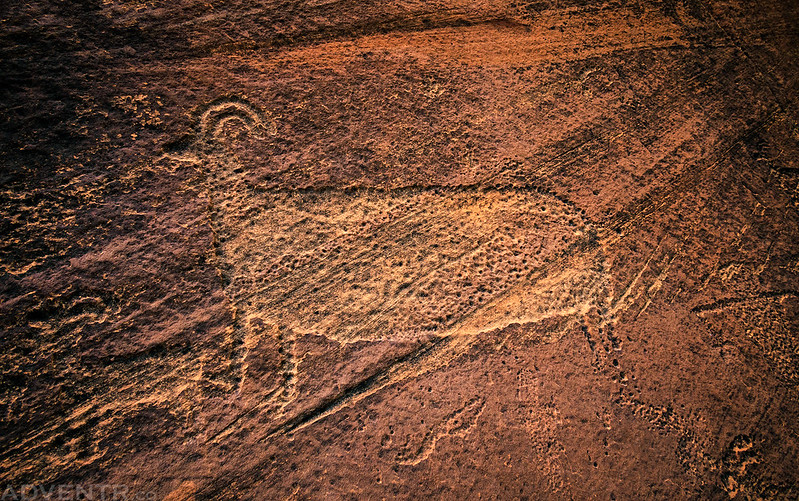 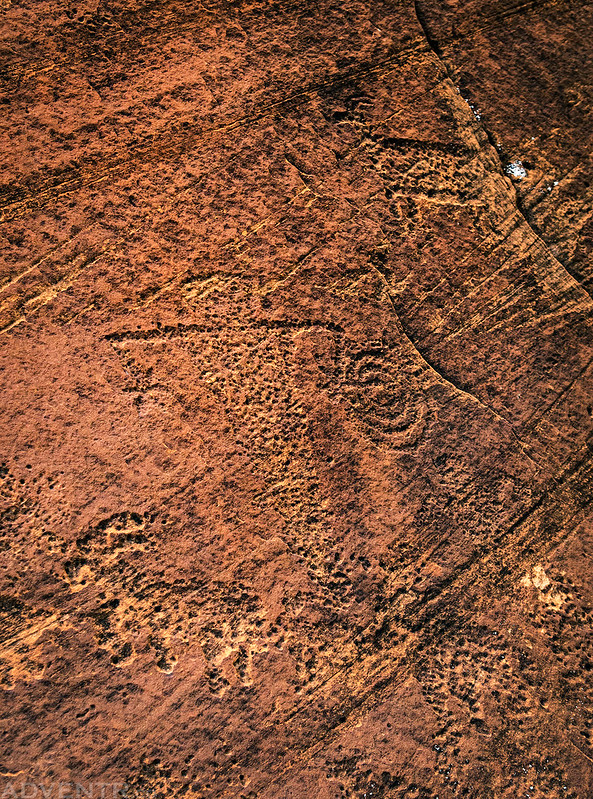 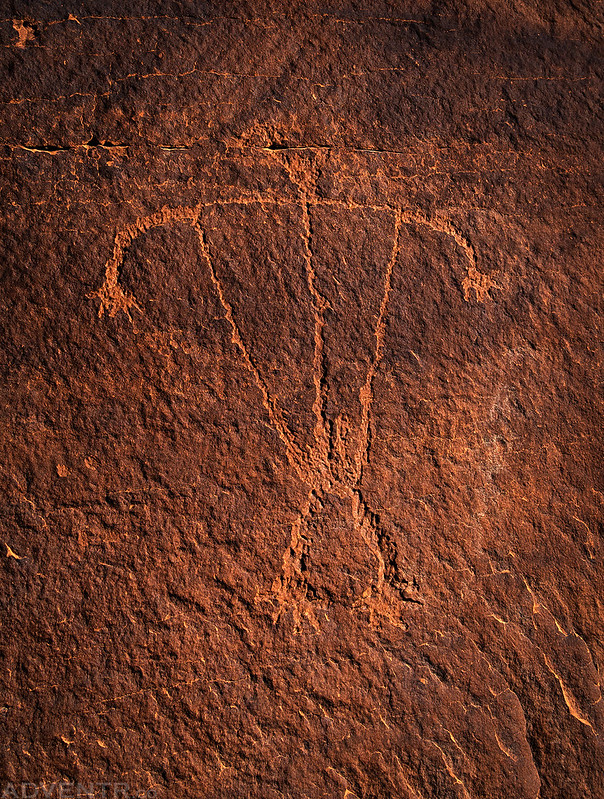 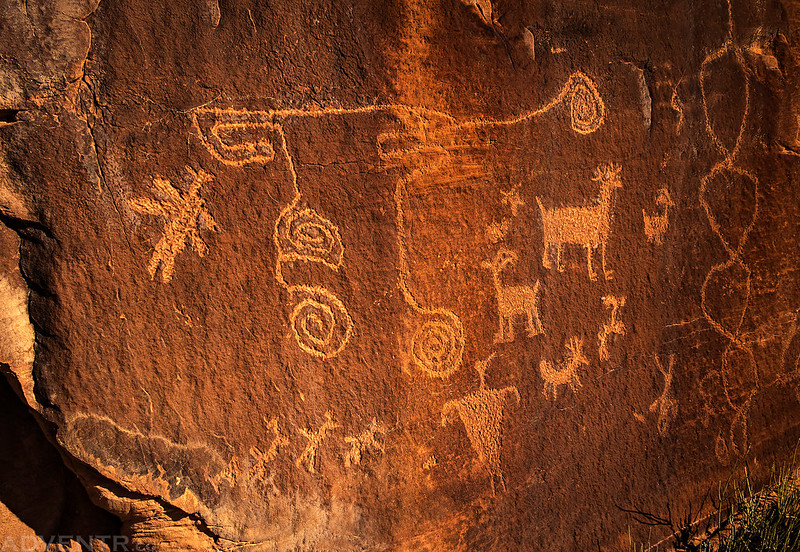 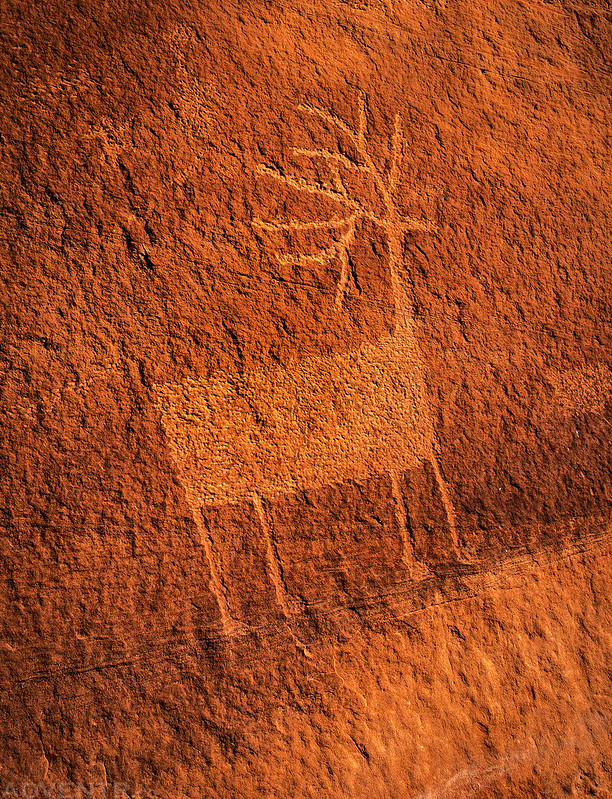 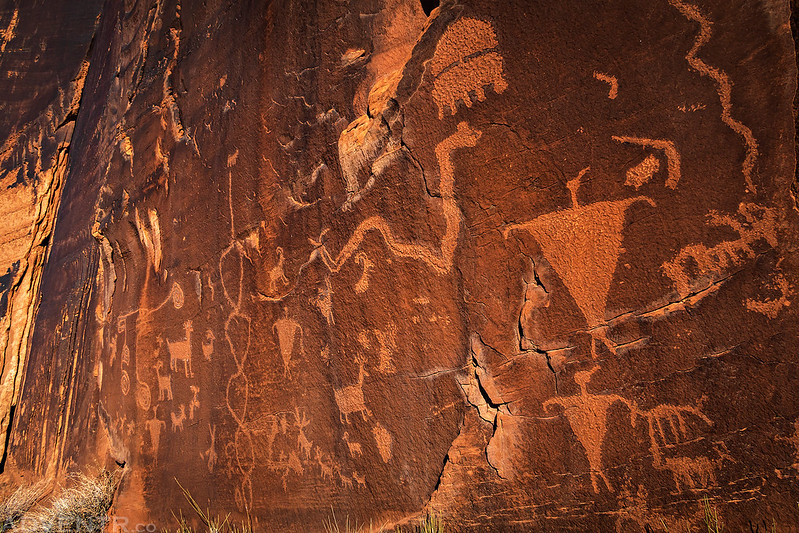