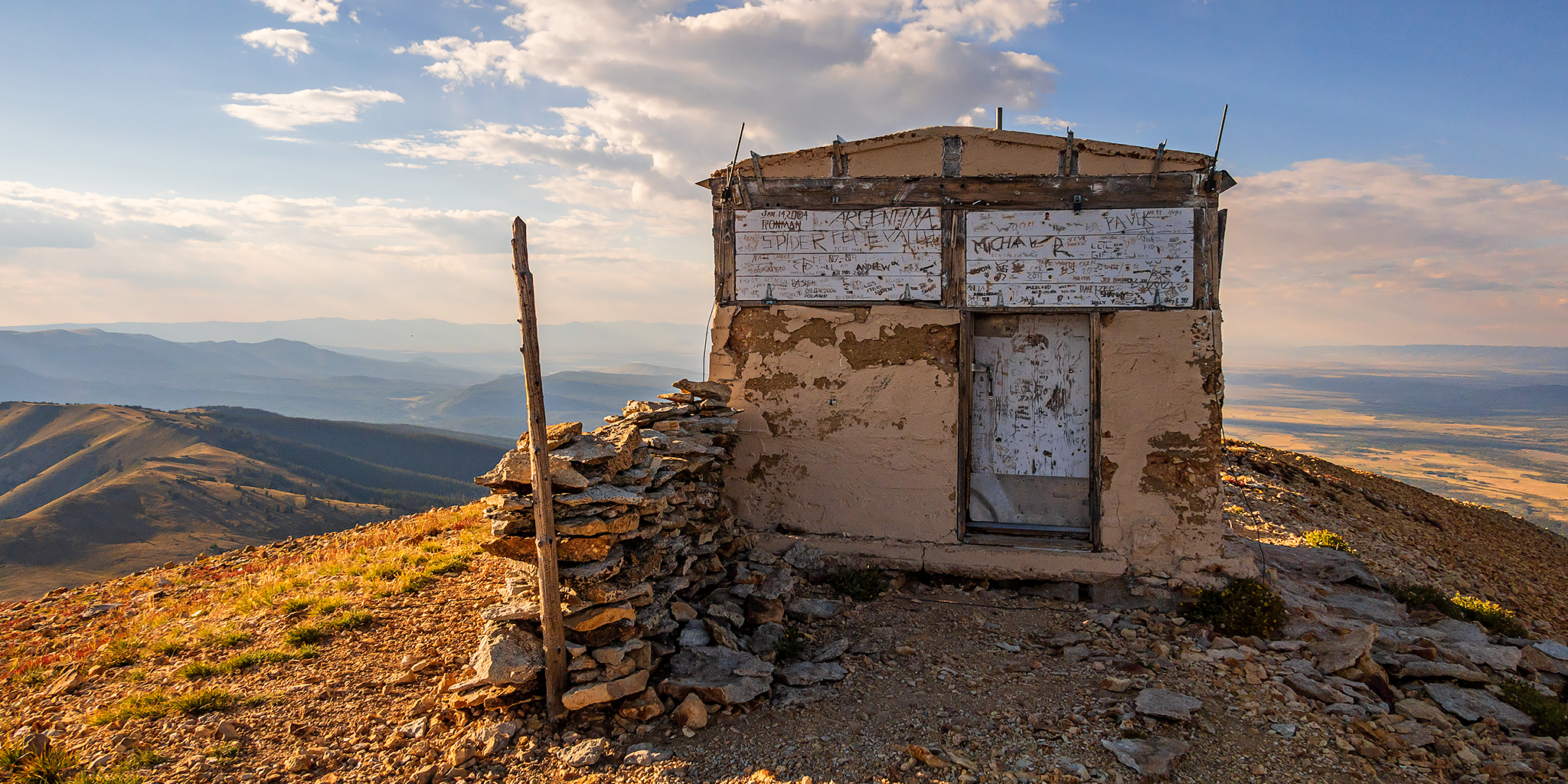 A view of Parkview Mountain as I drove across North Park. 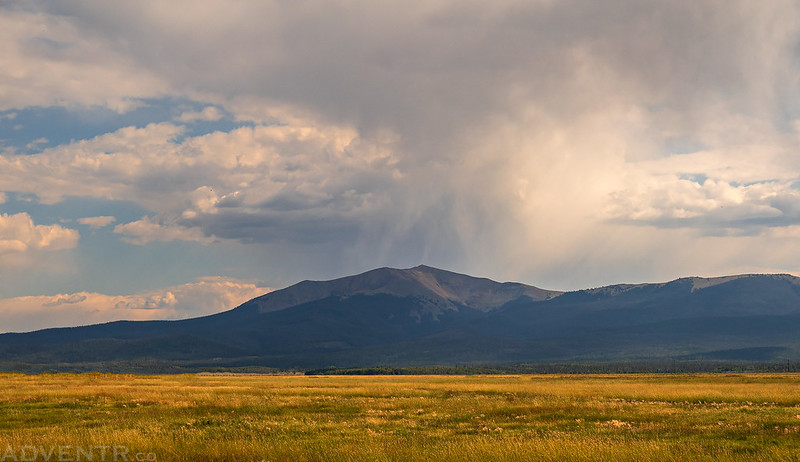 Crossing over the Continental Divide at Willow Creek Pass. 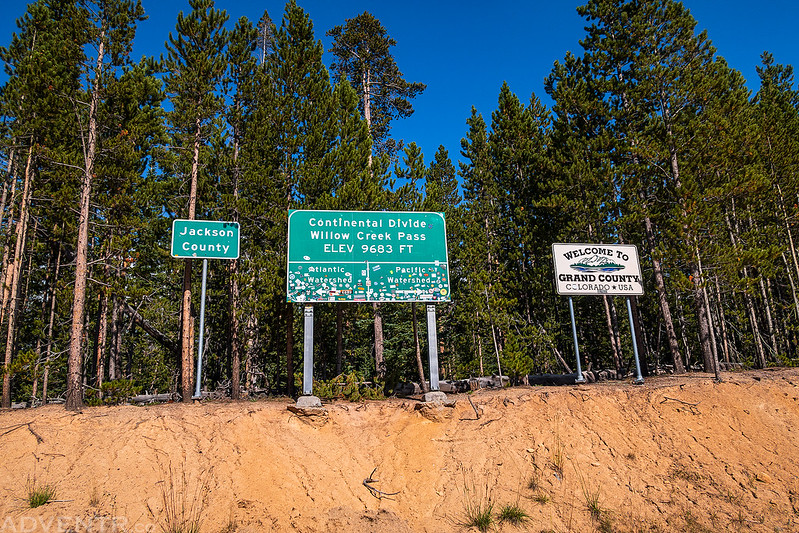 I parked in the trees below around the bend and then started hiking up the old mining road to join the Continental Divide Trail. 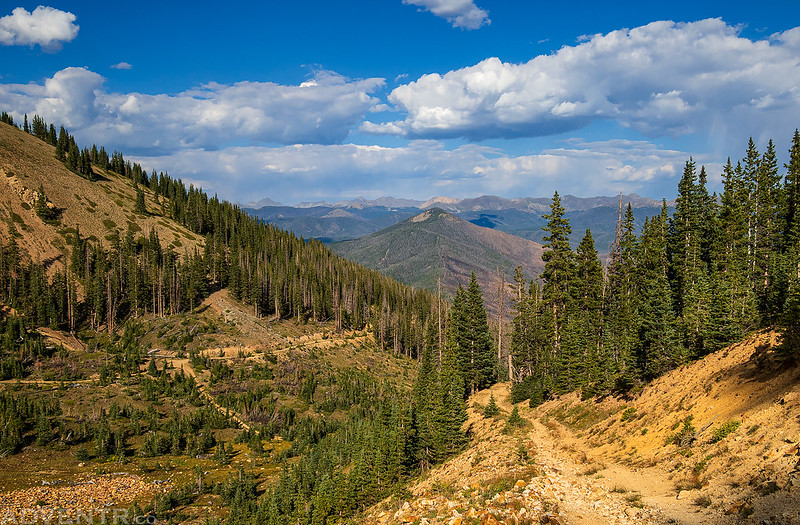 An afternoon view over Willow Creek Pass to Radial Mountain. 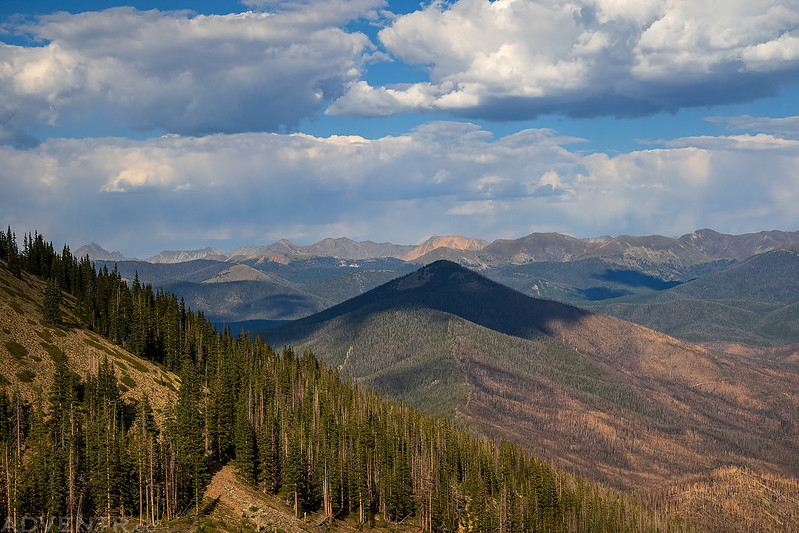 Hiking around the final switchback of the old mining road. 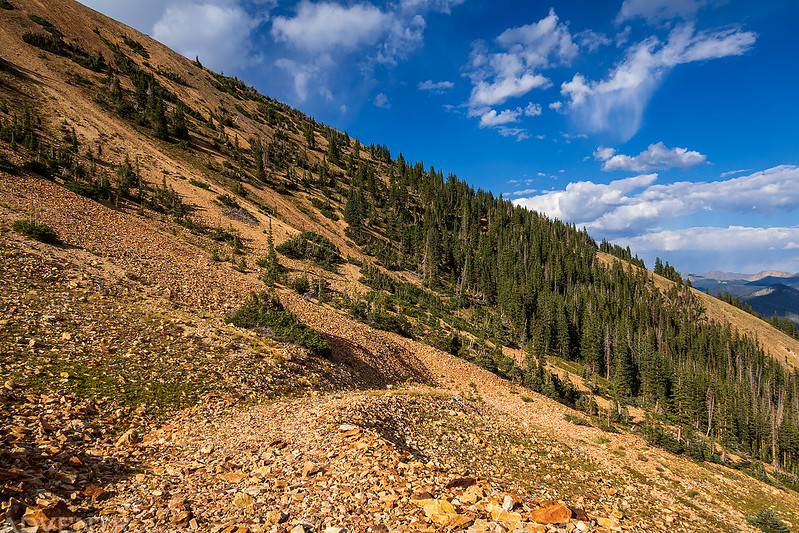 After the road ended there were a couple large cairns marking the path of the Continental Divide Trail. 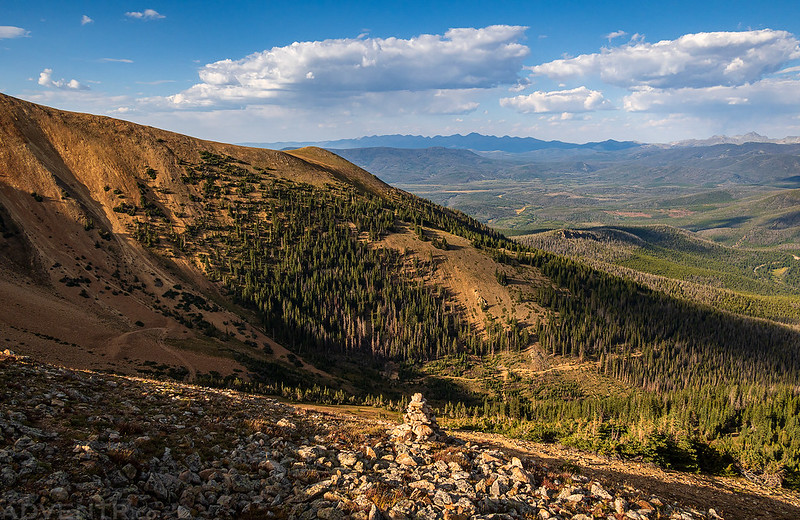 Once I reached the top of the southern ridge of Parkview Mountain I had expansive views in all directions. 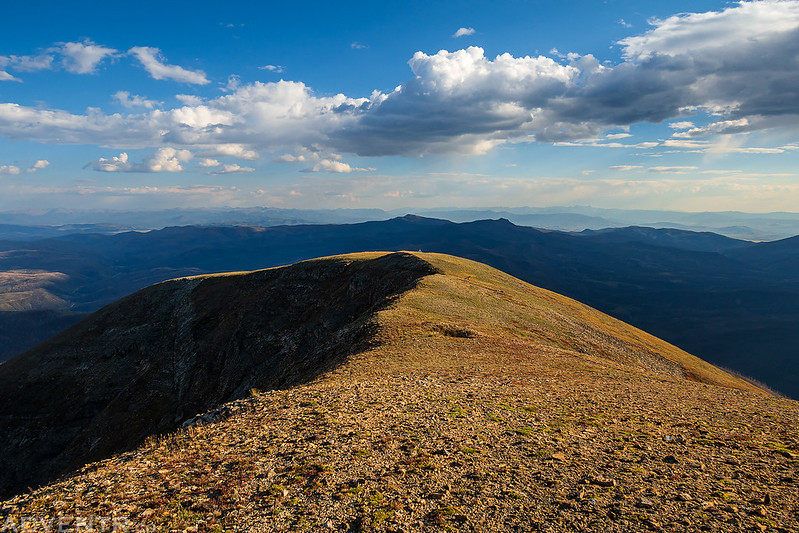 Following the ridge to the Fire Lookout on the summit of Parkview Mountain. 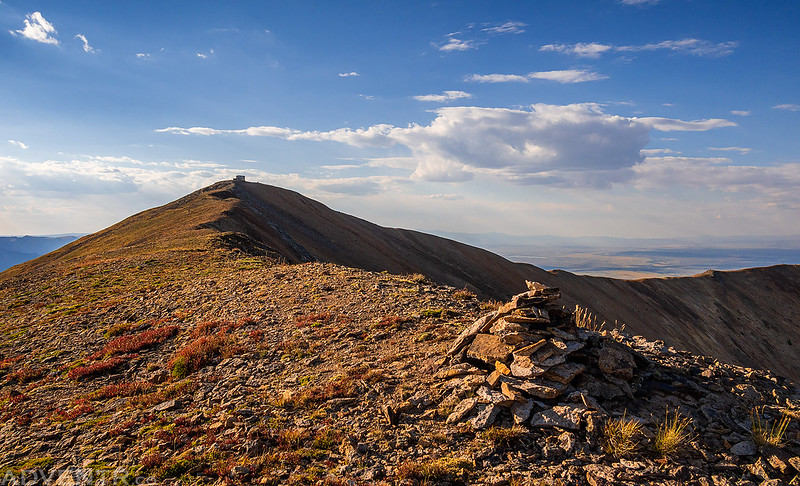 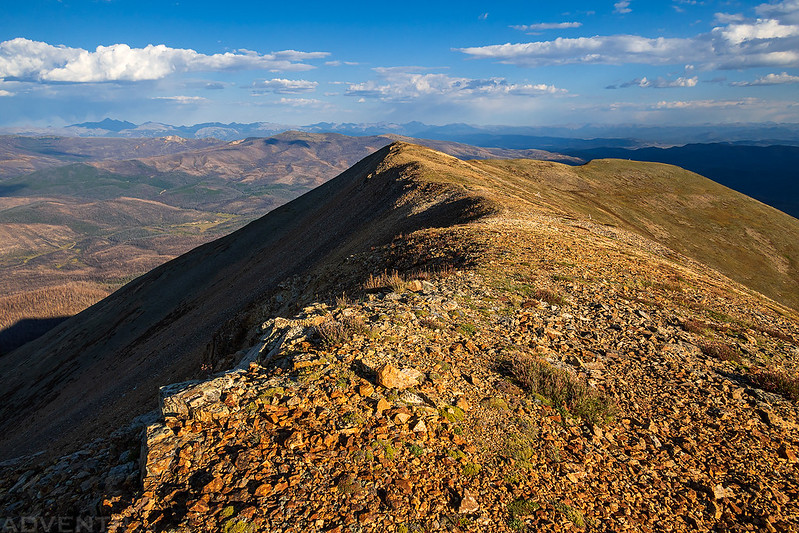 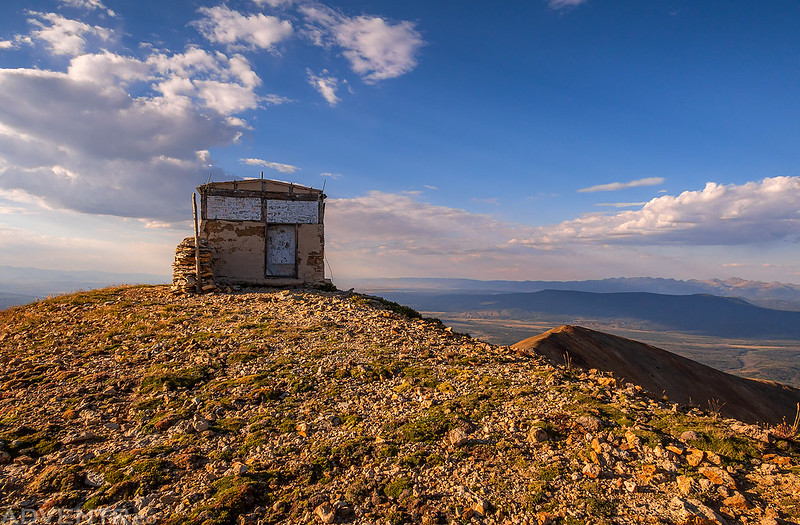 The groundhouse at Parkview Lookout was built to stay in 1916 and it is still there although it has not been used since 1948. At 12,225’ located 15 miles west of Rocky Mountain National Park on the Routt National Forest, it is the second highest elevation lookout in the U.S. Solidly constructed with concrete walls it is architecturally representative of the era when construction of lookouts was by local district rangers without standardized designs. 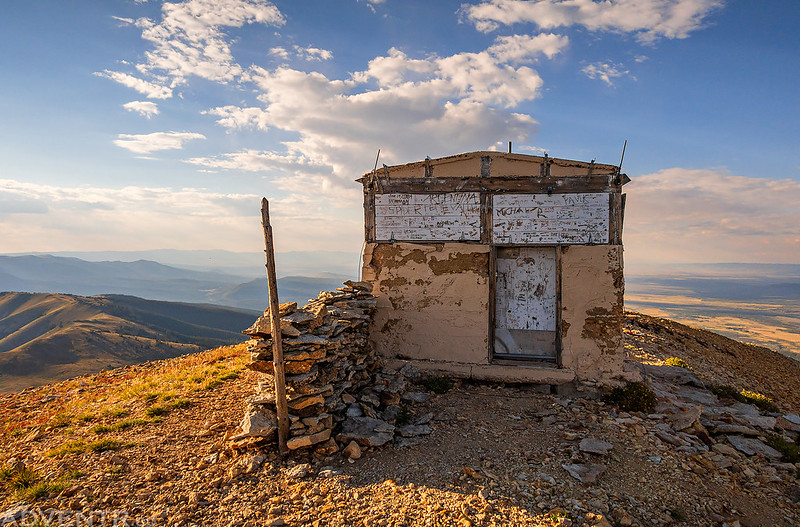 Just beyond the lookout was the actual summit. 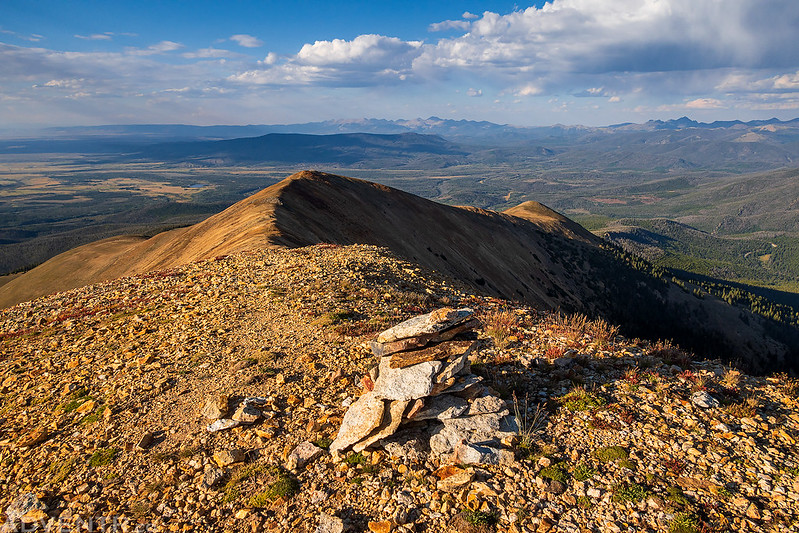 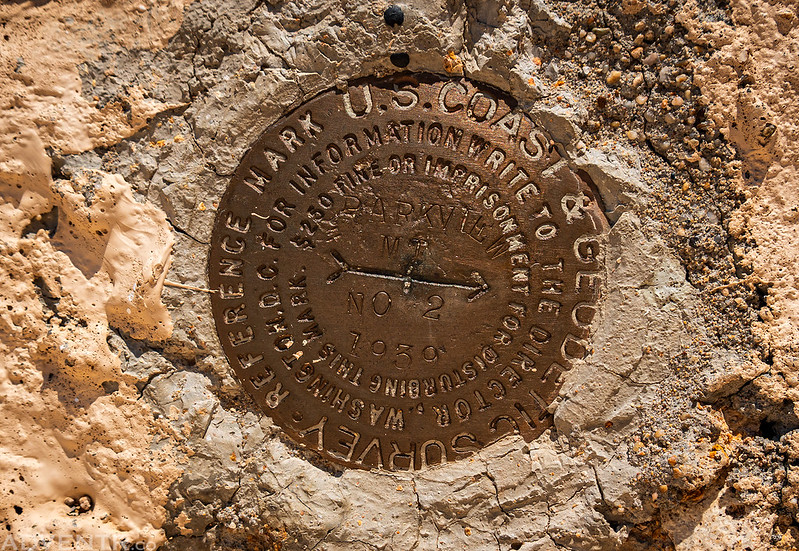 The other side of the Parkview Mountain Lookout. 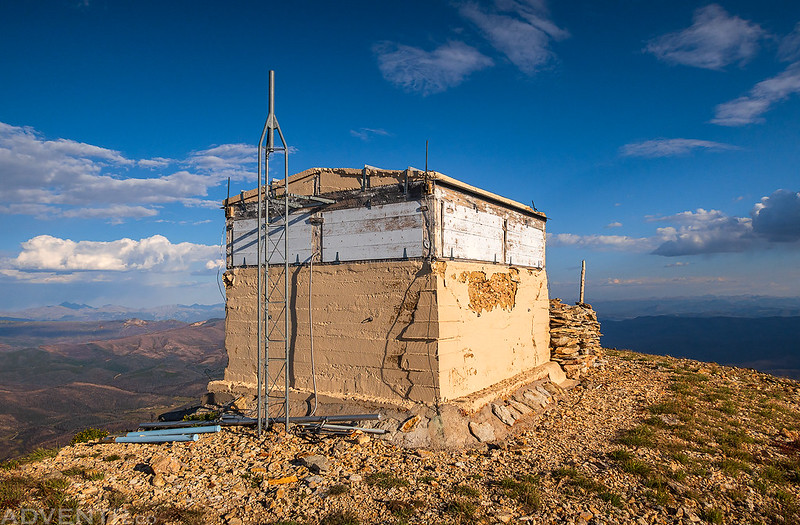 I took a peek inside, even though the doorway was very short for me. 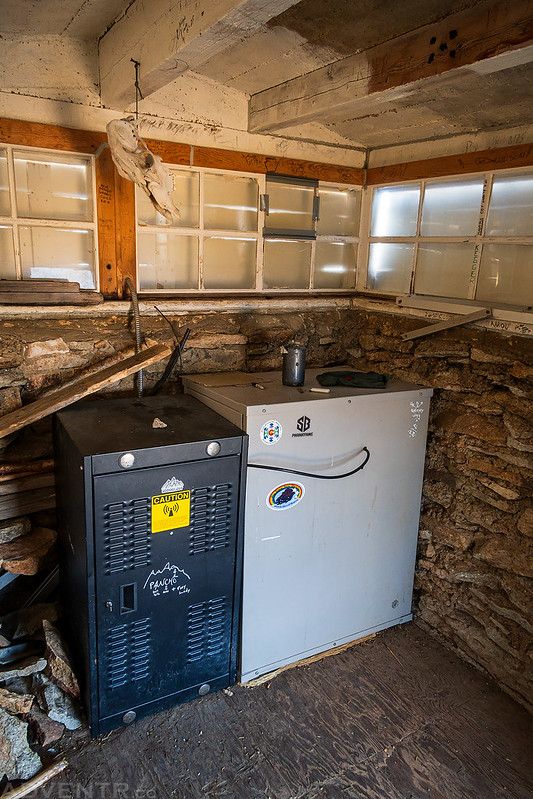 The warm afternoon light was looking nice on the Parkview Mountain Lookout with North Park behind it. 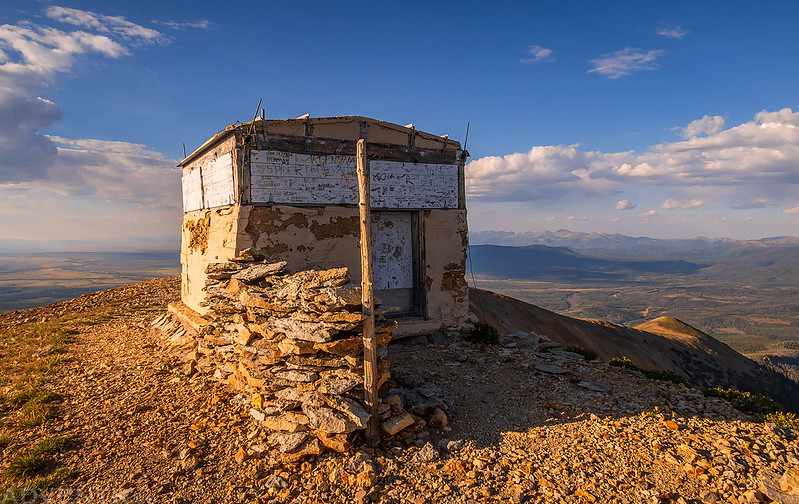 As much as I would have liked to stay to watch sunset, I didn’t really want to hike down in the dark, so I started heading back. 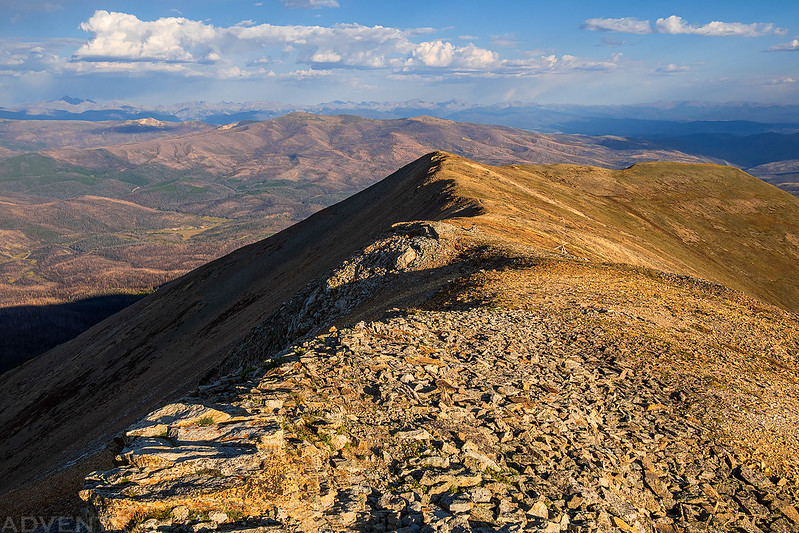 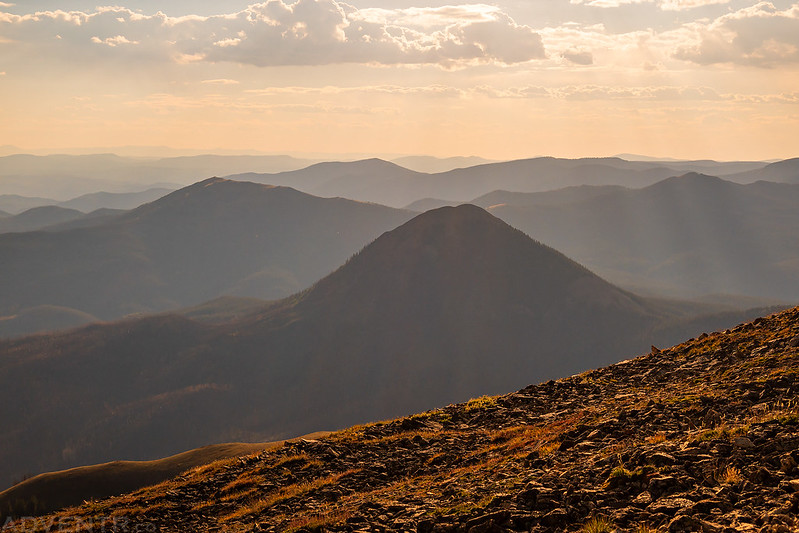 The light and clouds were nice as I made my way down. 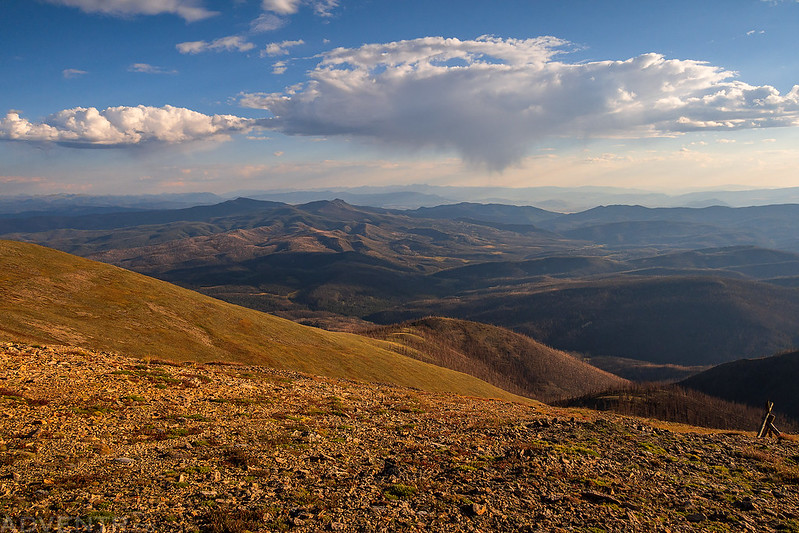 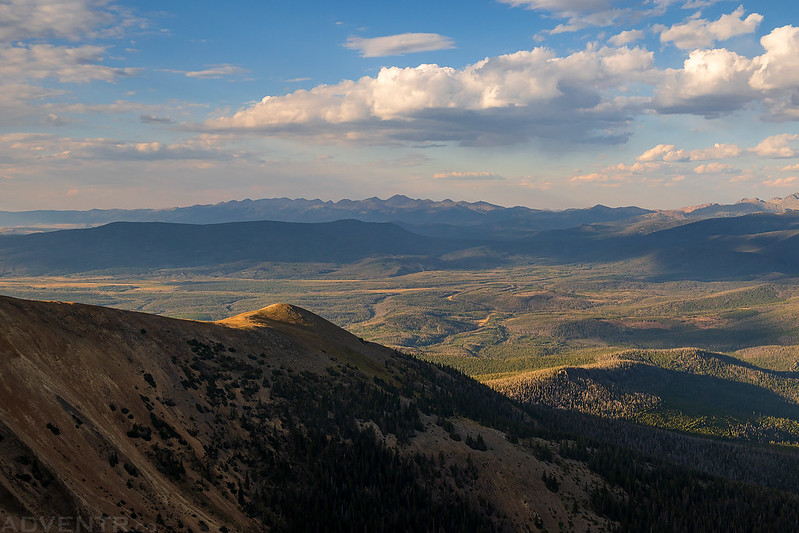 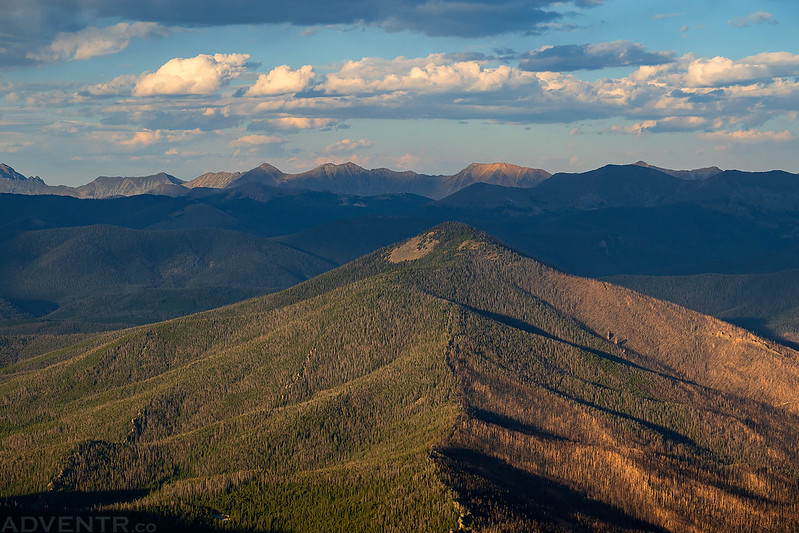 Longs Peak in the Shadows 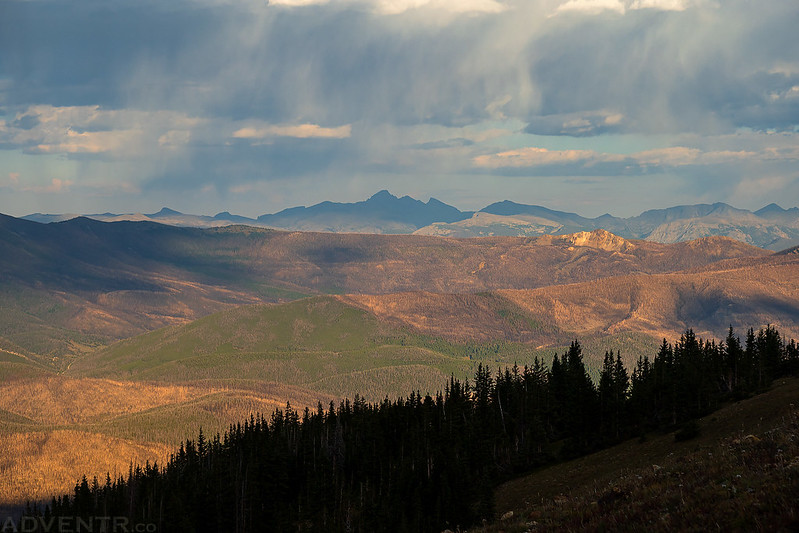 When I returned to my Jeep I decided to head back down the old mining road and camp along Willow Creek near the end of the Stillwater Pass Road since I had seen some nice campsites there when I drove by earlier in the week and it was pretty close. 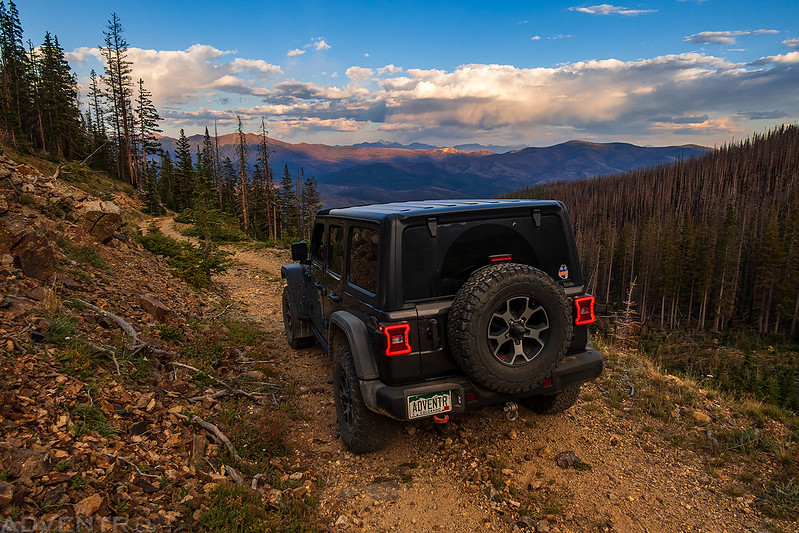 My final view before I drove down into the thick forest. 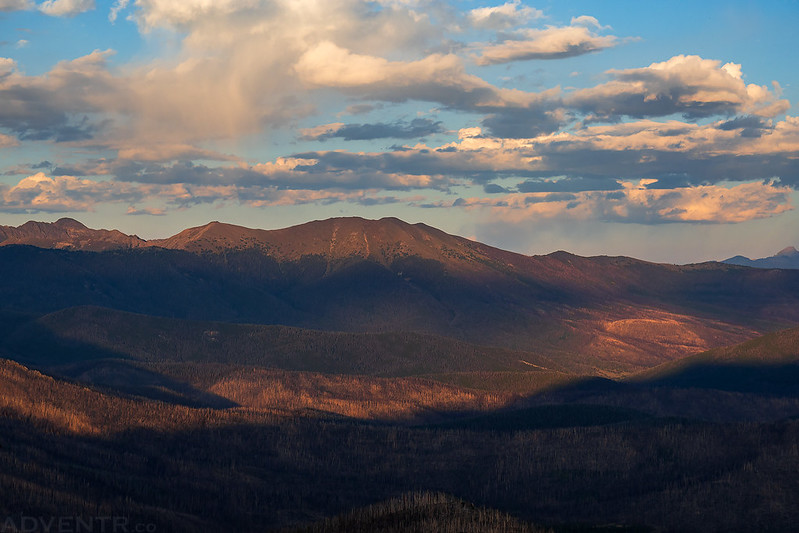