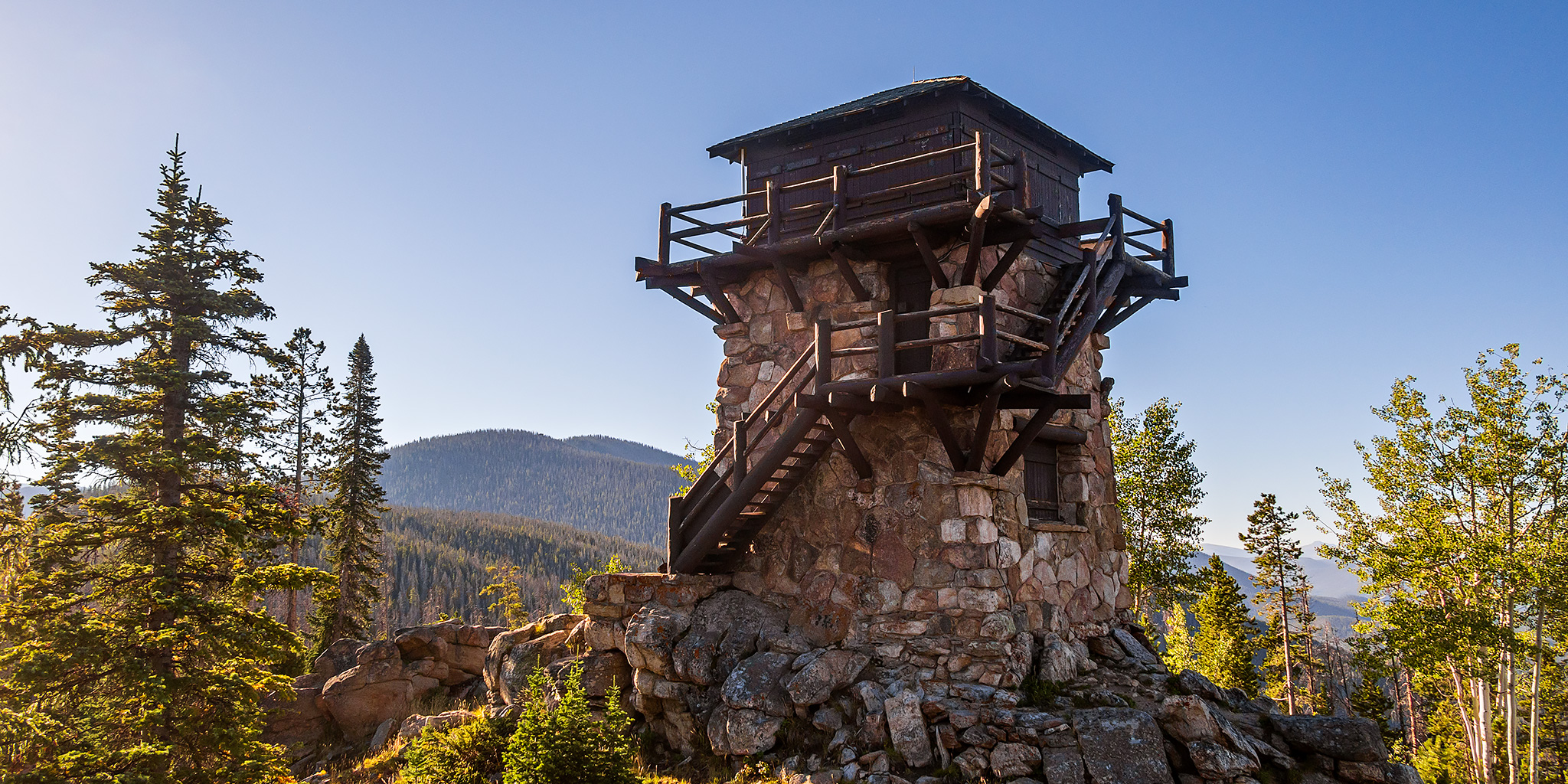 When I reached Grand Lake I decided to check out the East Shore Trailhead before searching for a campsite so I would know where to go in the morning when it was dark out, and I was a little surprised to find that the parking lot was completely empty. 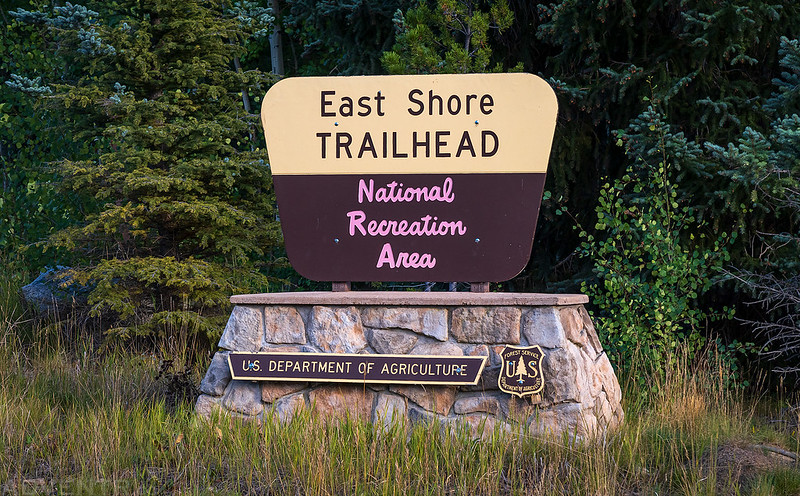 A view of Mount Craig as I headed back through Grand Lake. 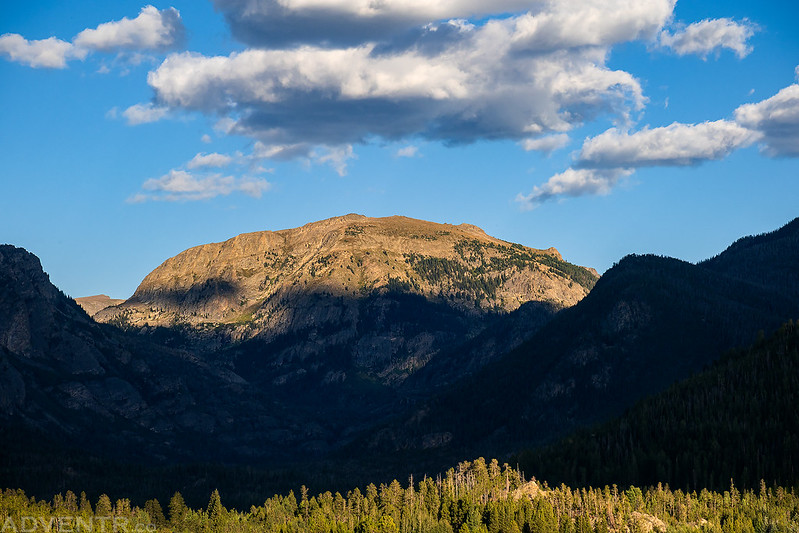 Next, I drove up the Stillwater Pass Road to find a campsite for the night. There were a lot of burned and dead trees in this area, which would be a common sight throughout the next few days. 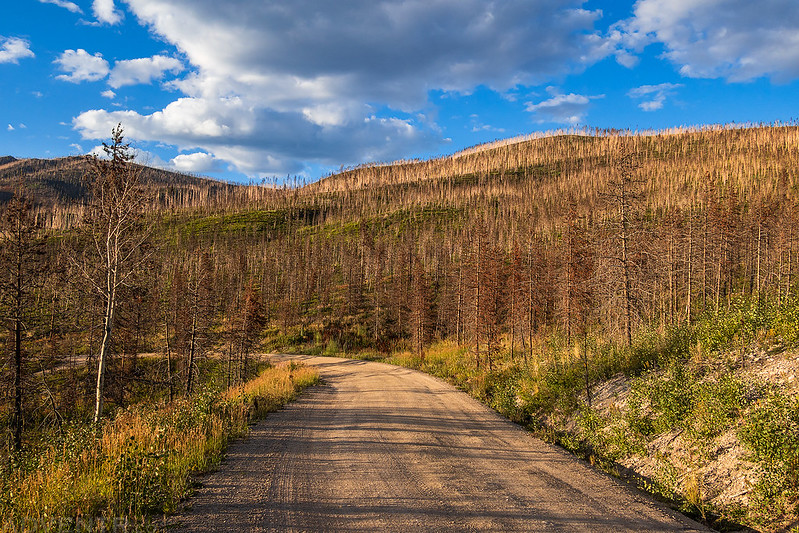 I found a place to camp below Little Gravel Mountain and had a nice view over towards Lake Granby. 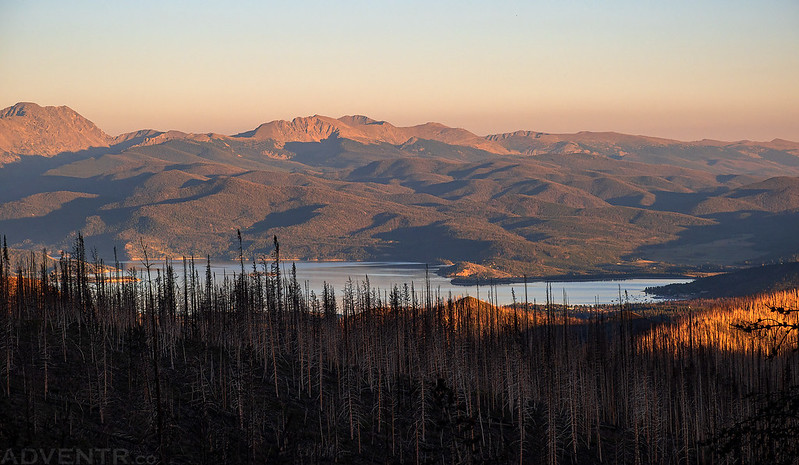 Once the sun went down I got right to bed so I could get an early start on Tuesday morning. 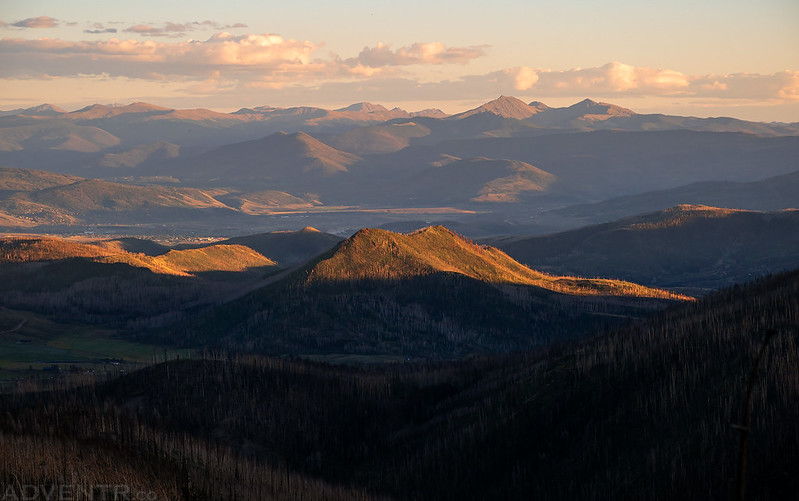 After a good night of sleep I was up early on Tuesday and hiking along the East Shore Trail at dawn. 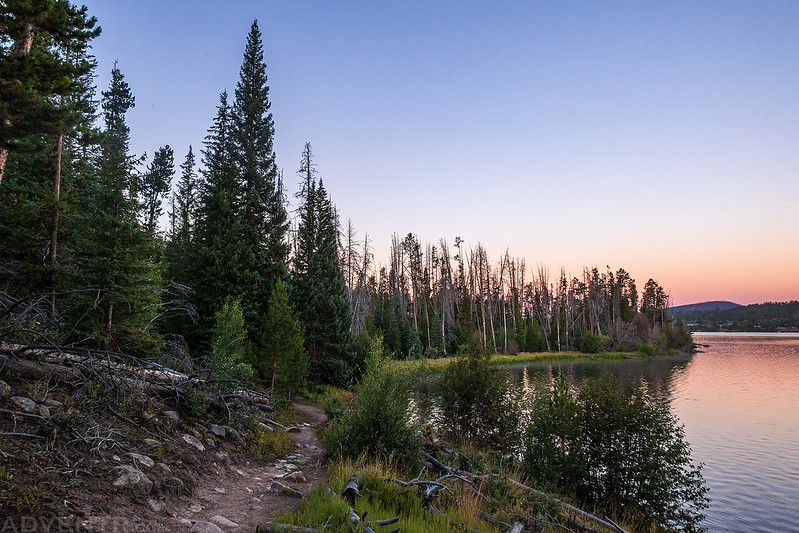 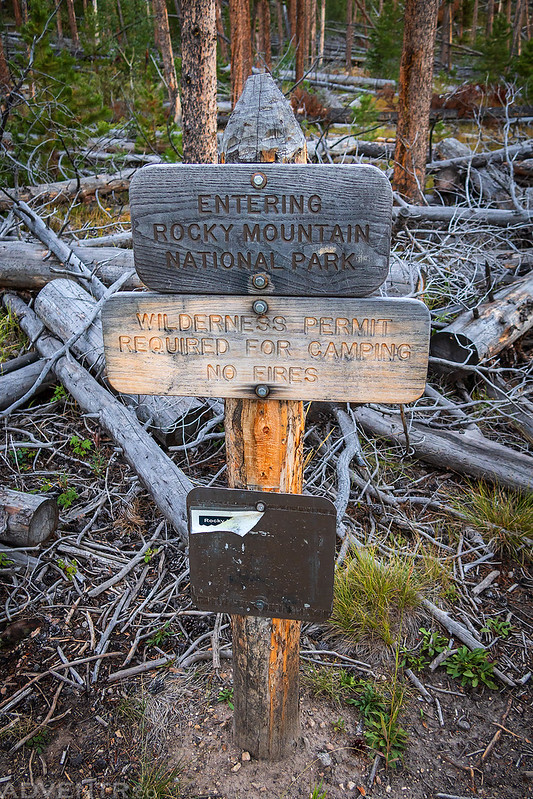 Shortly before taking this photo of Shadow Mountain Lake I had to walk past a couple of moose that were near the shore and not too far off the trail. They were a little too close for comfort, so I made sure to keep moving quickly as I went past. 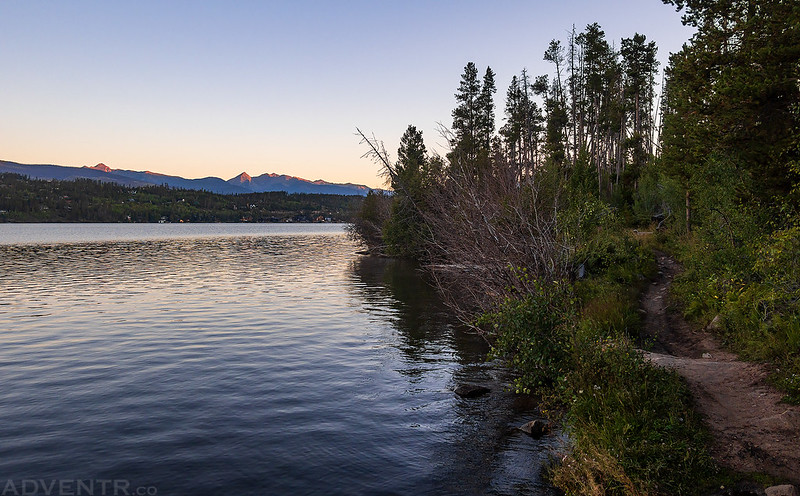 Soon the trail started to climb higher above the lake as I neared the junction with the Shadow Mountain Trail. 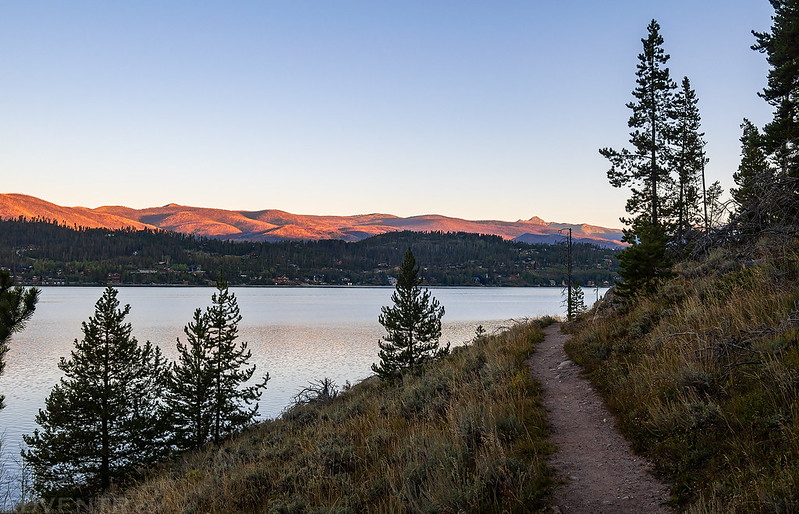 The Shadow Mountain Trail started to climb more steeply into the trees on the way to the Lookout. 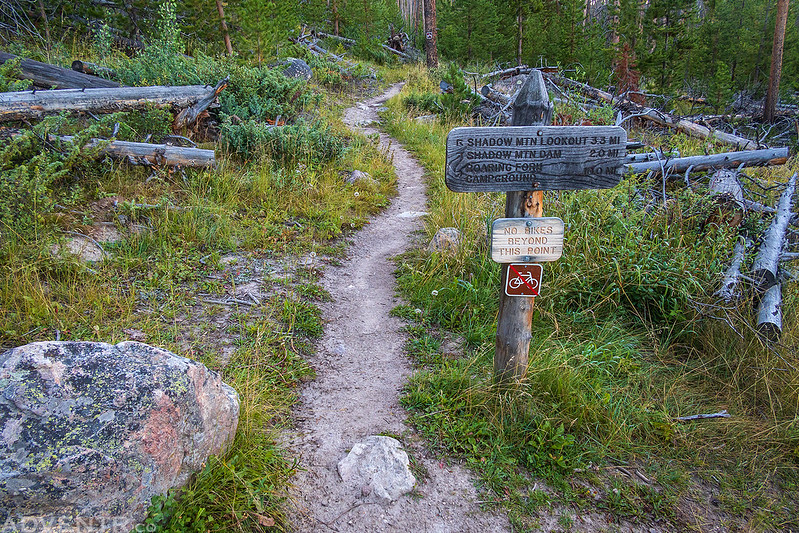 There were only a couple of views through the trees over the lake along the way. 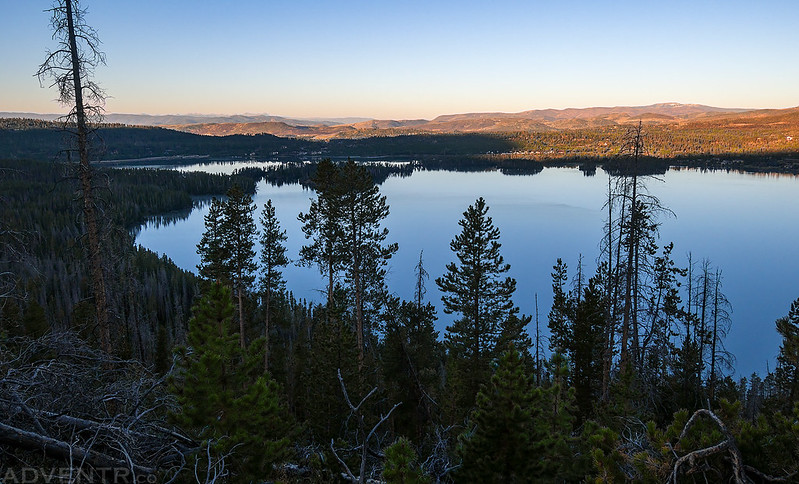 As I neared the end of the trail I finally got my first glimpse of the Shadow Mountain Fire Lookout. 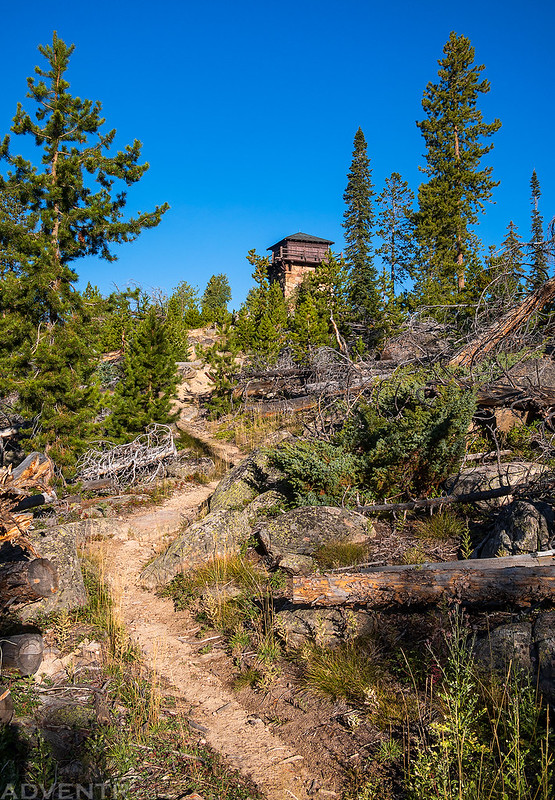 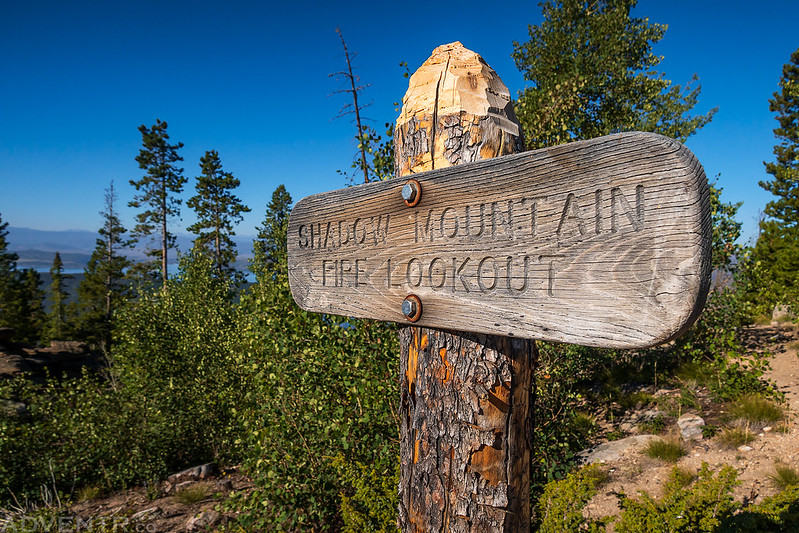 Here’s a view from the front of the Fire Lookout that is obscured by some smaller trees. 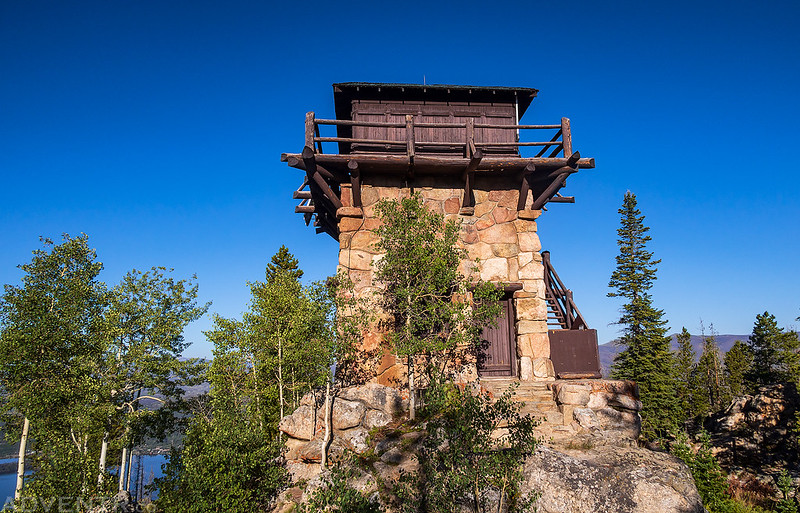 Looking up the stairway, which is closed to entry. 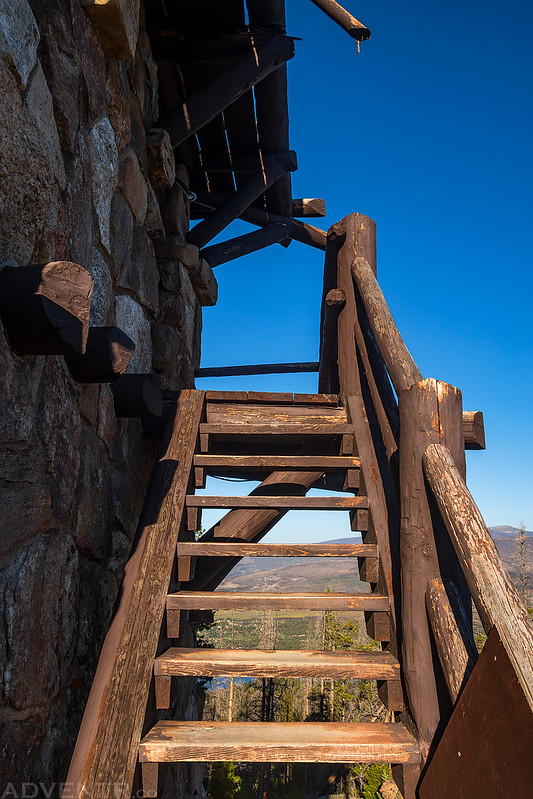 Dangerous Conditions. There were plenty of these signs posted at the trailhead, along the trail, and around the Fire Lookout. 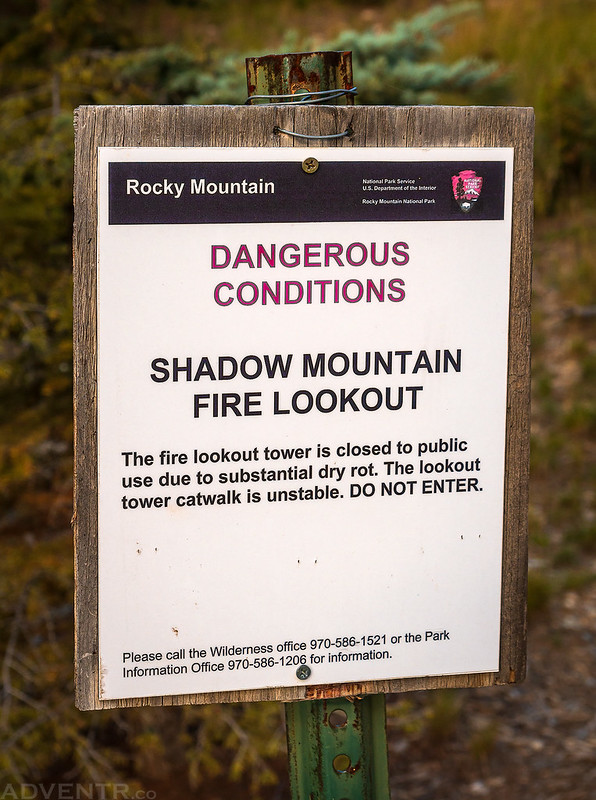 In my opinion, the best view of the Fire Tower was found on the top of an outcropping of rocks to the northwest. 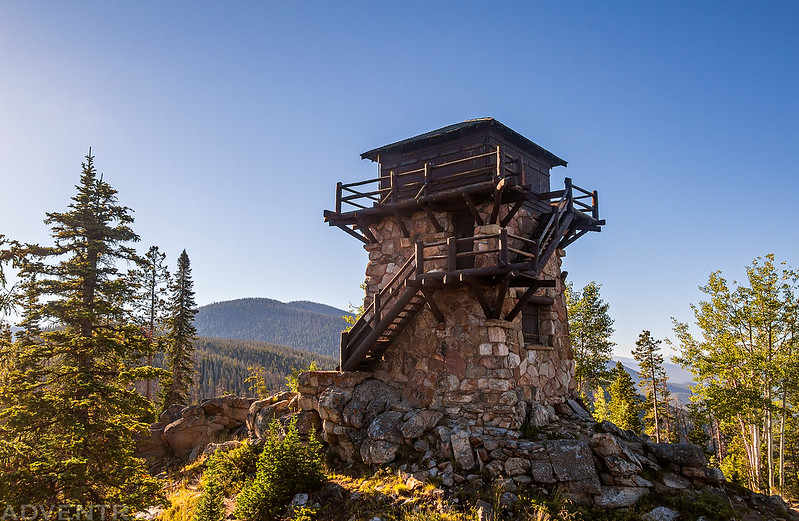 Here’s a look at the back of the Fire Lookout. 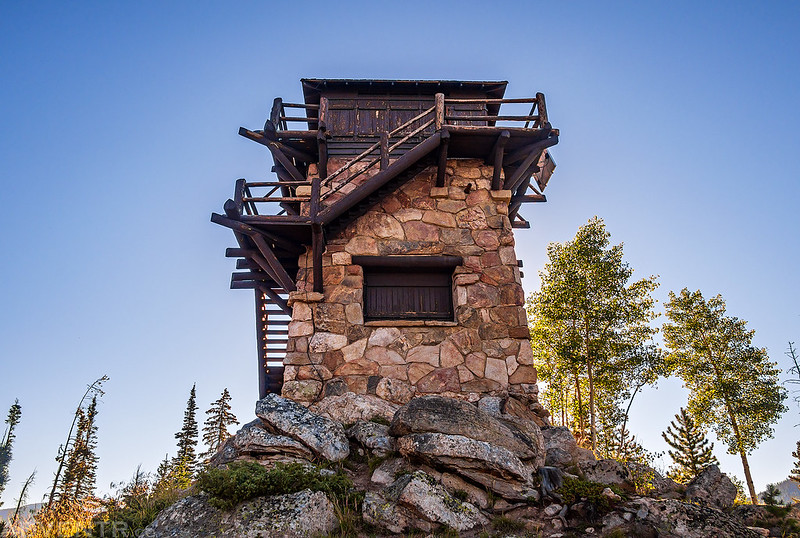 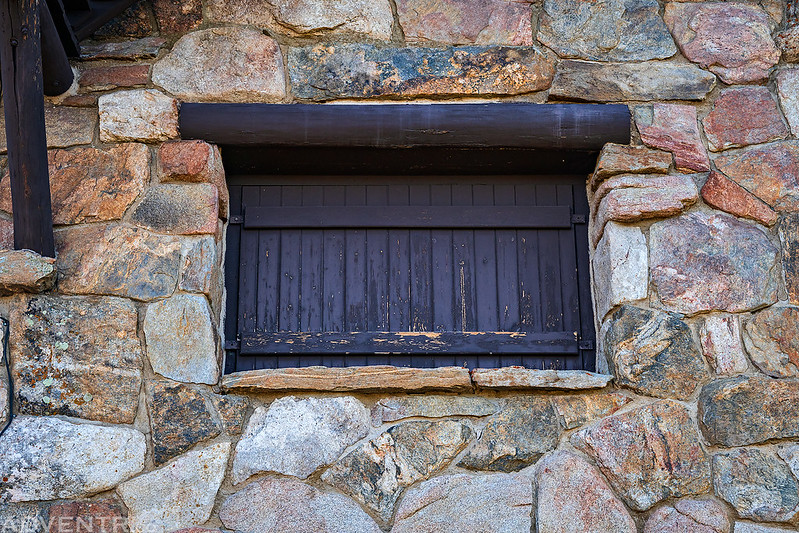 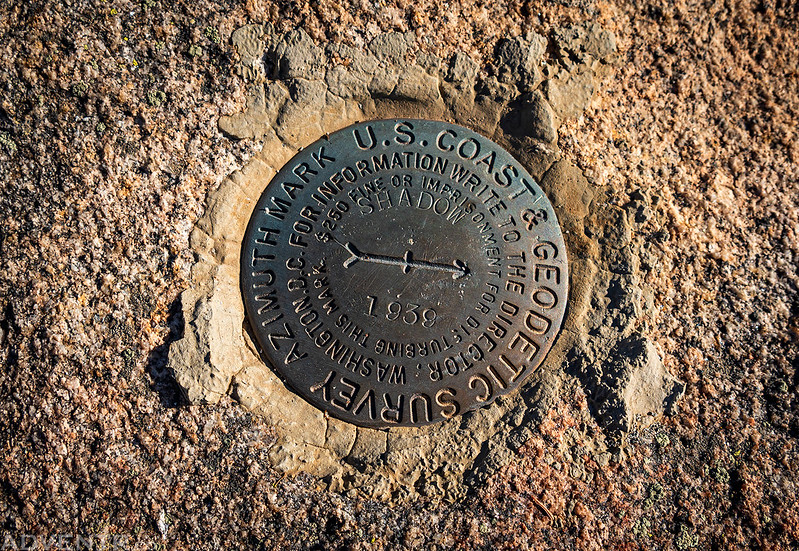 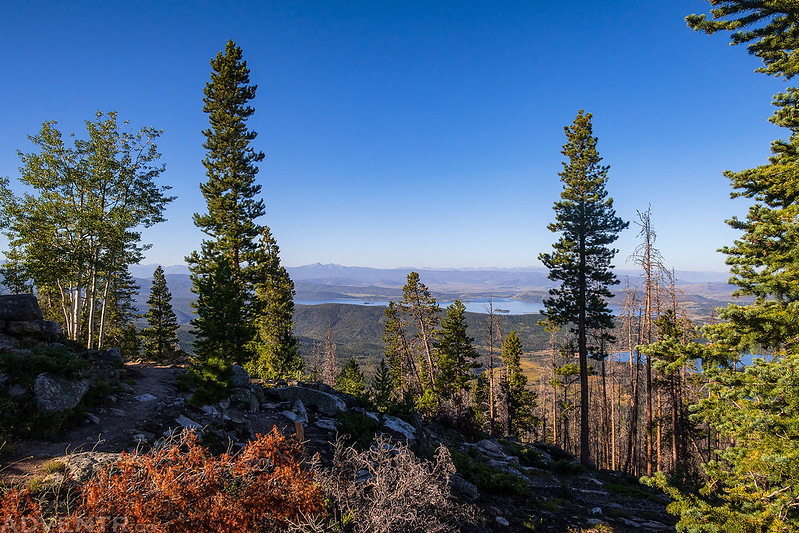 This was my last view of the Fire Lookout before I headed back down the trail and then returned to Grand Lake for an early lunch. Then it was off to the Spruce Mountain Fire Lookout in Wyoming! 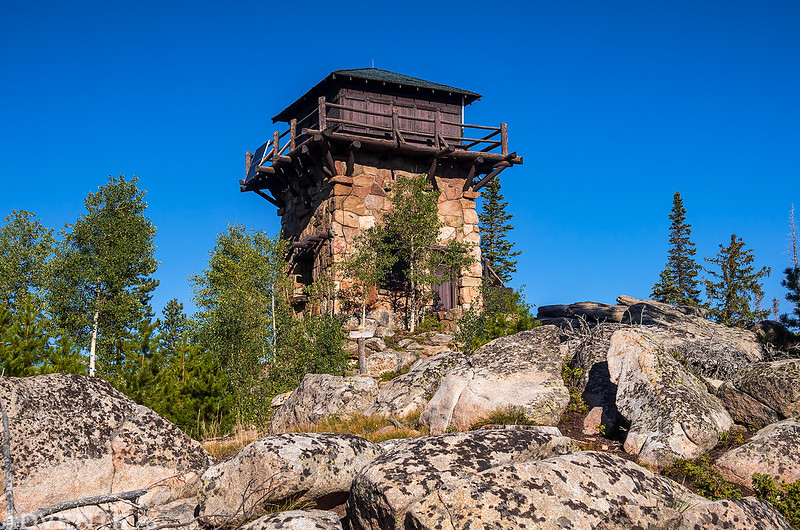