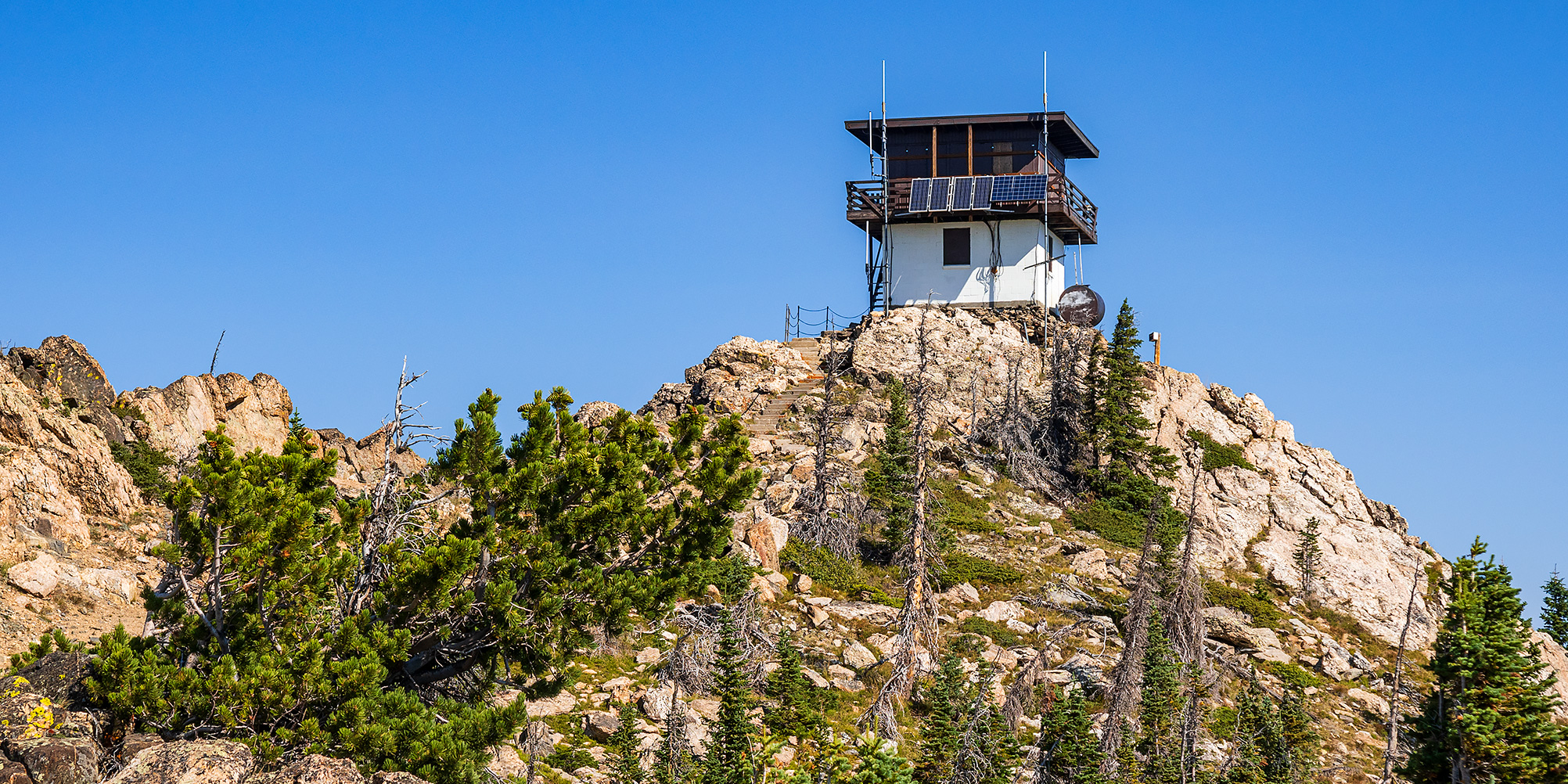 June 9, 1929: “A new steel lookout tower is to be erected by the forest service this spring, replacing the present wooden tower. Bids are now being accepted for the hauling of this tower from the railroad at Foxpark to Keystone and to the top of Jay’s Roost mountain.” (Casper Star-Tribune)

March 2, 1930: “In order to provide lookout facilities in case of particularly hazardous weather, a steel tower was placed on Jays Roost, a mountain in the heart of the heavily timbered country west of Keystone. This tower, together with others now in place on Barrett ridge, at Long lake and on Bridger peak, will permit of temporary observers being placed at these points in the event of hazardous conditions. Such conditions occurred last season when smoke from the northwest obscured the vision of the primary lookouts on Somber hill and Medicine Bow peak, which are manned continually from June to October.” (Casper Tribune-Herald)

After arriving at the Spruce Mountain Fire Lookout Tower on Tuesday afternoon and getting the lay of the land, I hopped back into my Jeep and headed off to the west past the Rob Roy Reservoir so I could check out Jay’s Roost. From my research before the trip, I had read that there was a small fire tower located here at one time but that it was now gone. I wasn’t expecting to see much as I hiked to the top of the Albany Trail, so I was pretty surprised when I spotted the metal tower still standing there! I had almost considered not bothering to come here, so I’m glad that I did!

Leaving Spruce Mountain on my way to Jay’s Roost. 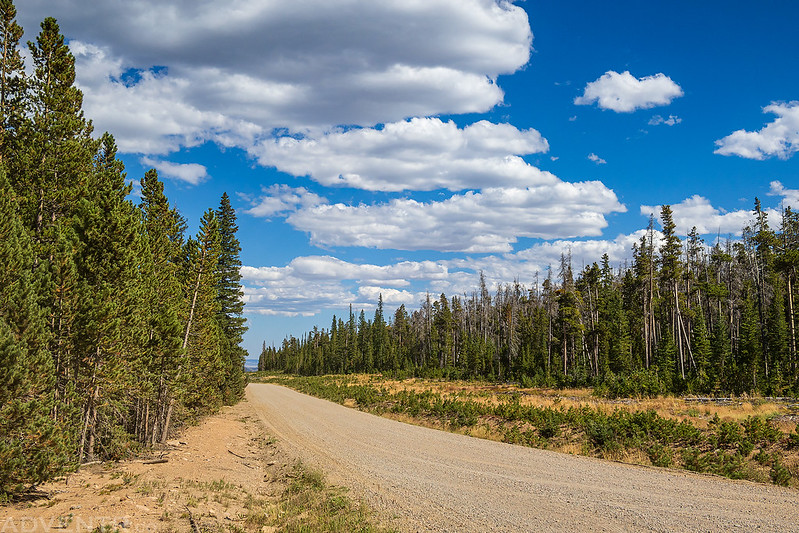 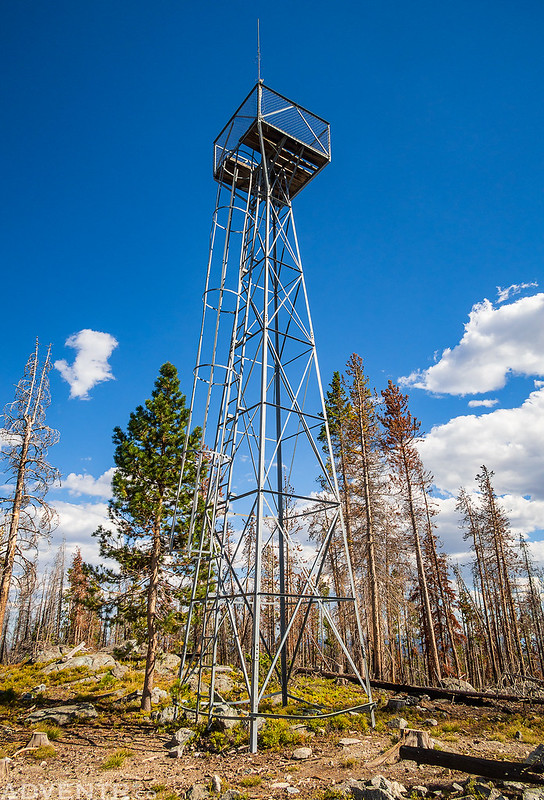 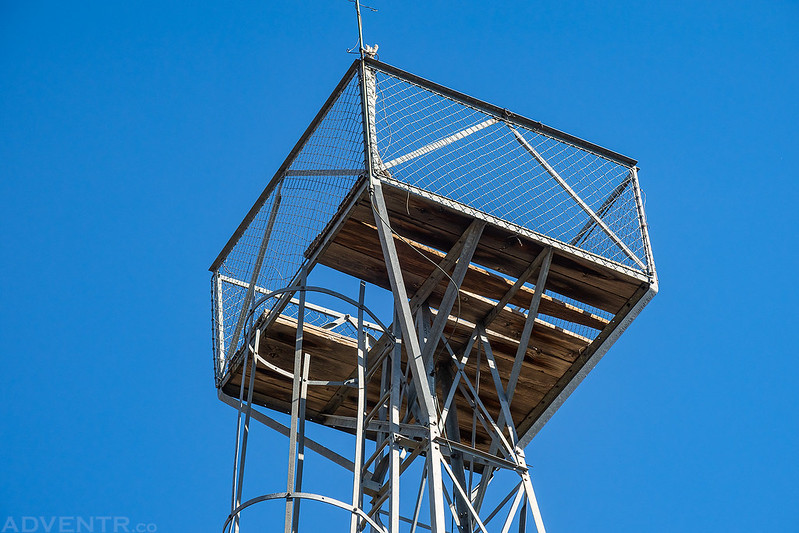 Yeah, I didn’t climb up into this one, I just viewed it from ground level. 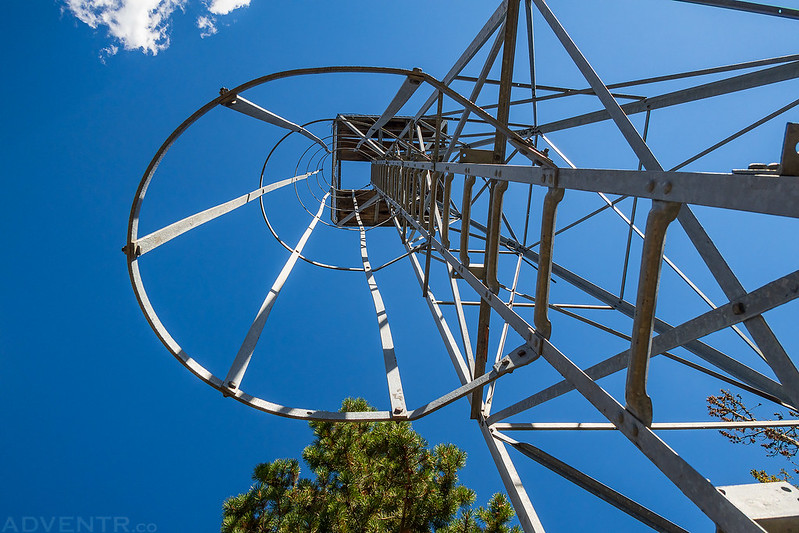 Looking up from underneath the tower. 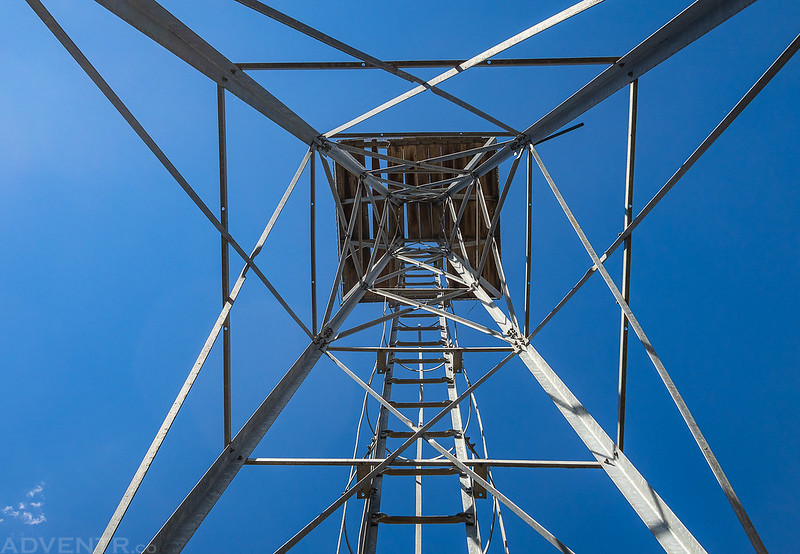 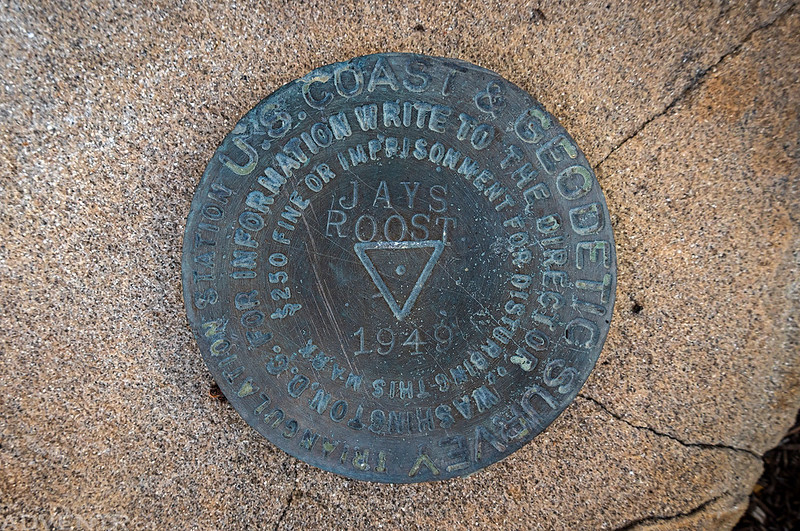 On my way back from Jay’s Roost, I took a different route and stopped along the shore of the Rob Roy Reservoir. 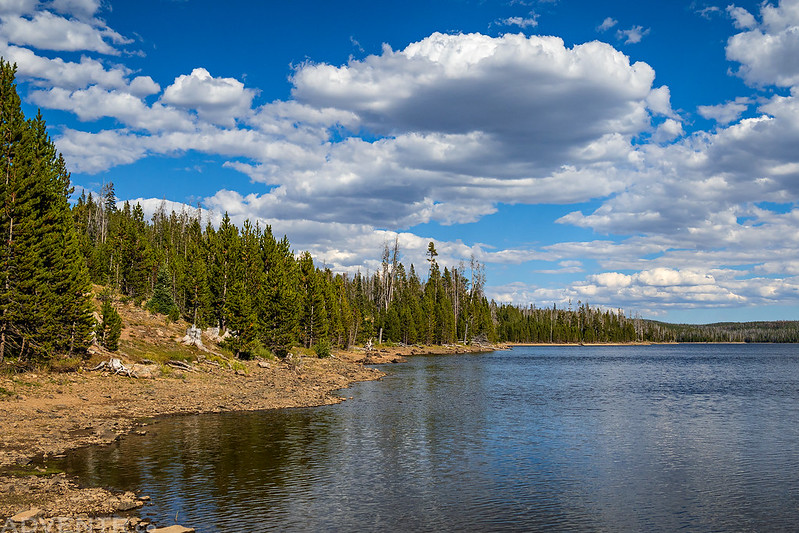 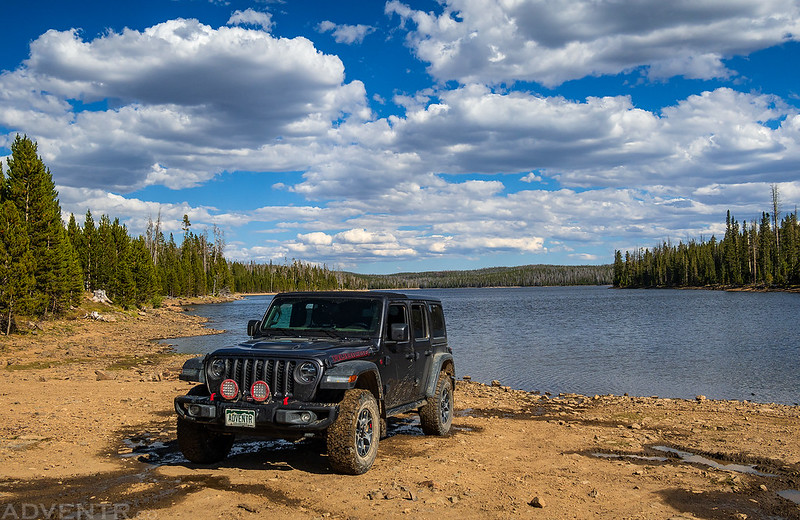 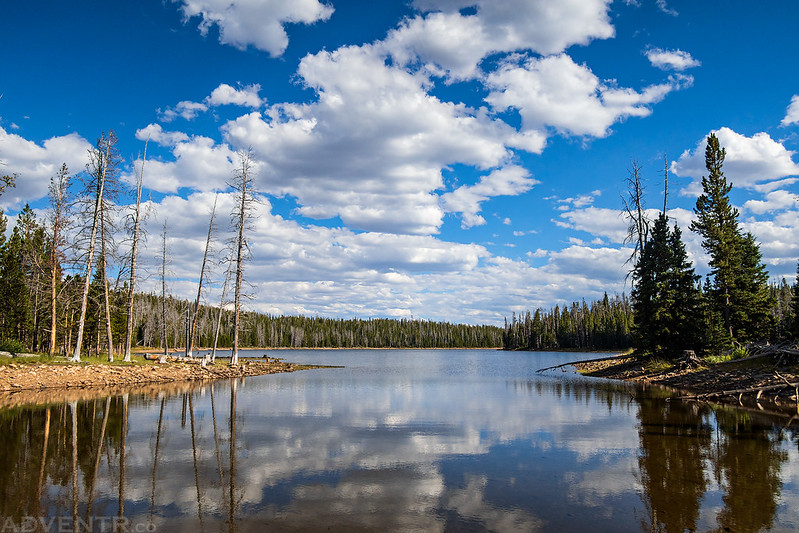 The last fully functional lookout on the Saratoga Ranger District of the Medicine Bow National Forest is Kennaday Peak. The first structure was built by the CCC in the 1930s, one of six in the area. The present 15’x 15’ R-6 flattop with catwalk was constructed in 1964 on a 10’ concrete block base. A small interpretive site has been established on the lower level for the many visitors who visit the lookout each year.

After hiking to the summit of Medicine Bow Peak on Wednesday morning, I continued driving over Snowy Range Pass on the Great Skyroad so I could visit the Kennaday Peak Lookout before returning to Spruce Mountain for the rest of the afternoon and evening. It was an easy drive that offered expansive views of the surrounding area from the top.

This way to the Fire Lookout. 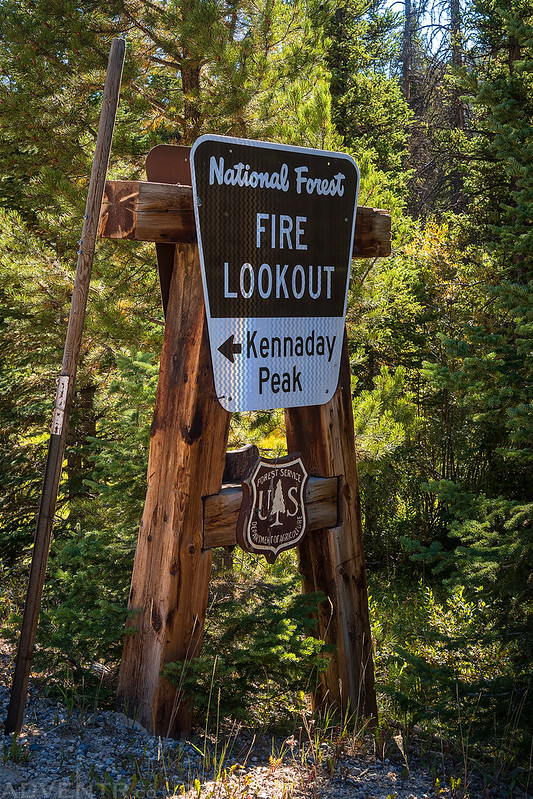 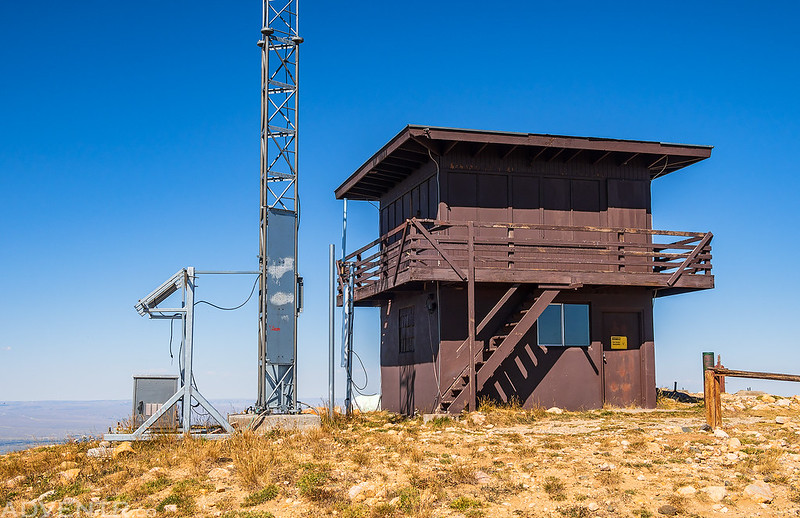 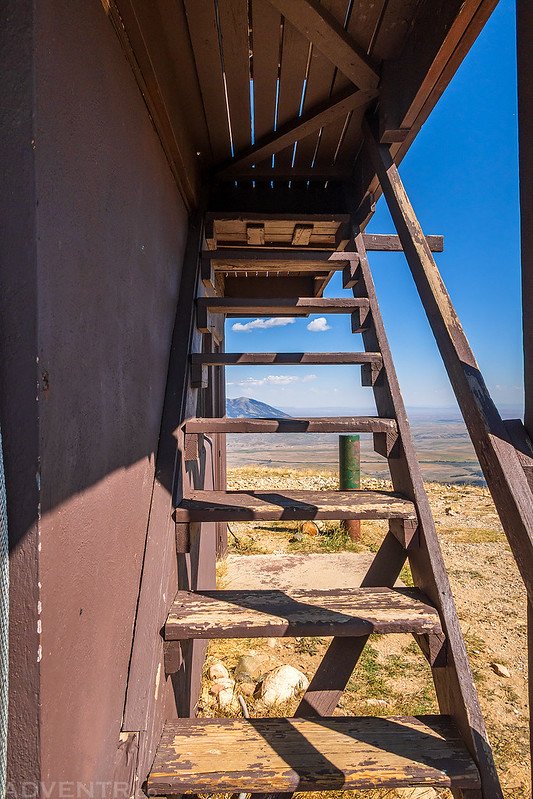 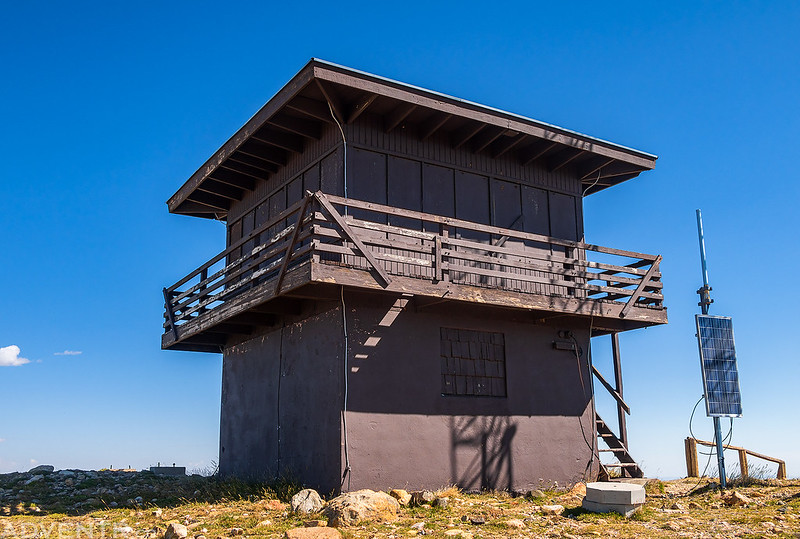 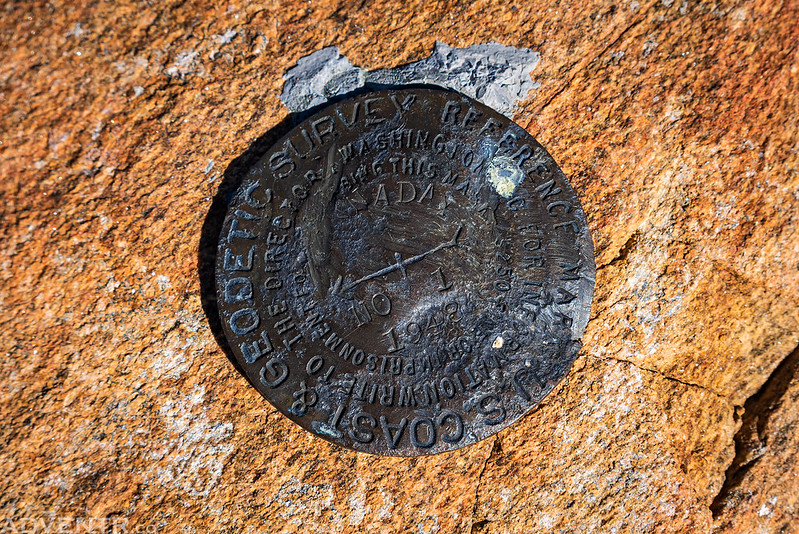 This little shed near the lookout had an interesting roof. 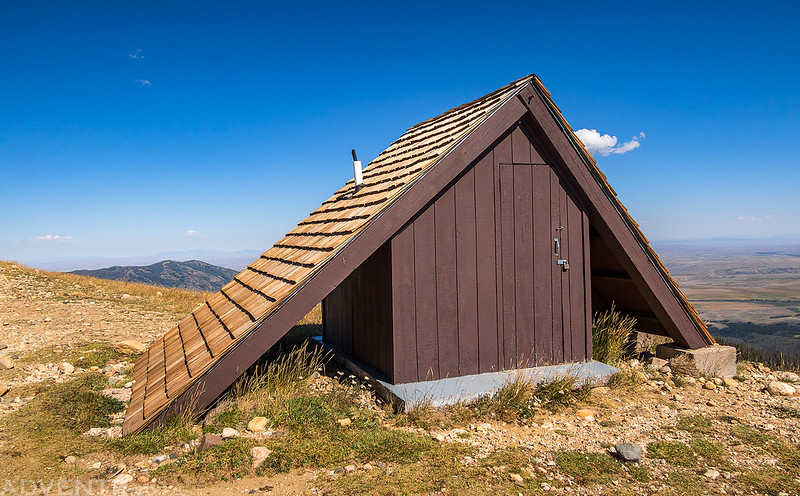 There was a nice view over Pass Creek Basin to Elk Mountain. 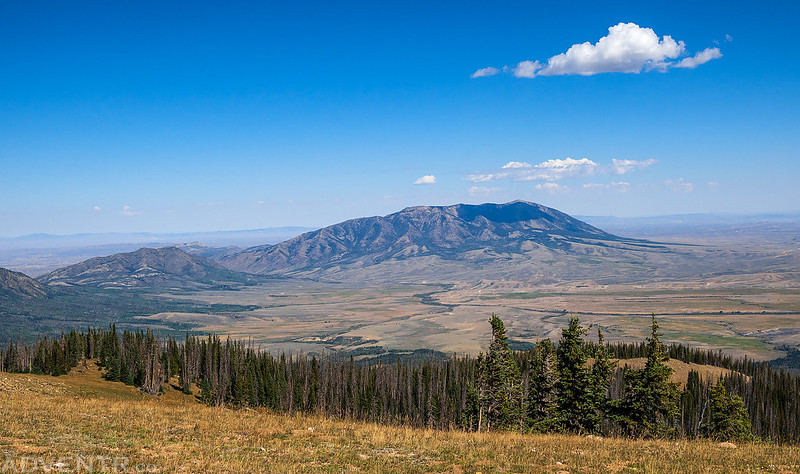 The Blackhall Lookout is located on a high ridge on the Medicine Bow National Forest in Wyoming. The 15’x 15’ R-6 flattop with catwalk atop a 10’ concrete block base was constructed by the Forest Service in 1963. It was used for 25 years and then put on standby status.

After leaving the Spruce Mountain Fire Lookout Tower on Thursday morning, it was time for me to start heading back into Colorado, but before crossing over the border I made sure to stop by the Blackhall Mountain Lookout located at 10,980 feet in the Sierra Madre Range.

I got my first view of the lookout on the summit of Blackhall Mountain as I drove below on the Big Creek Road. 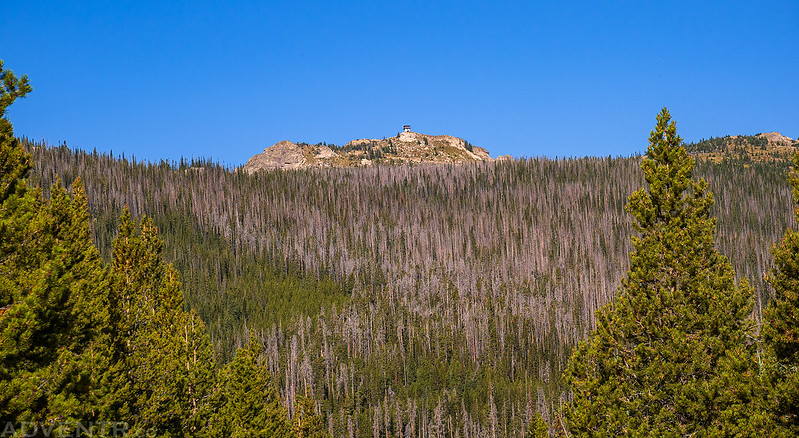 There was a good view of the tower as I approached the final steep and rocky switchback of the road. 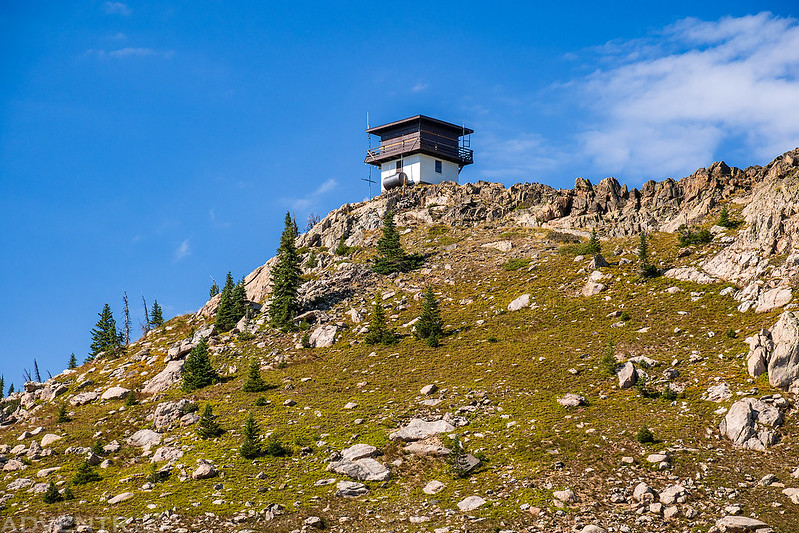 Outhouse with a View 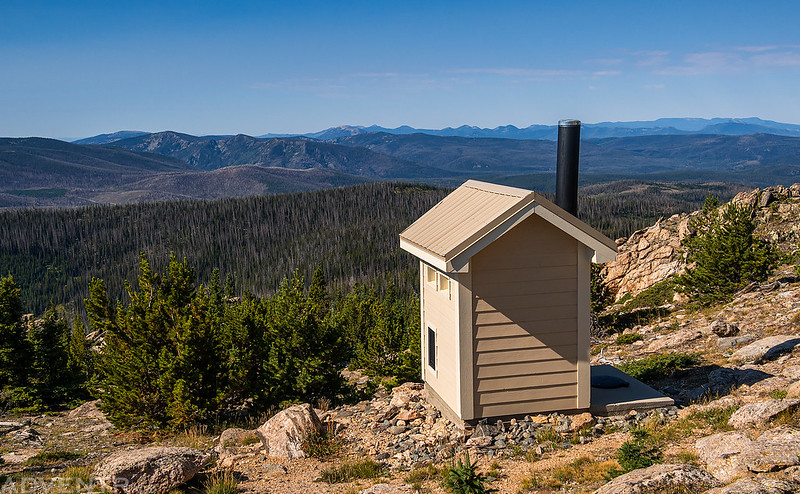 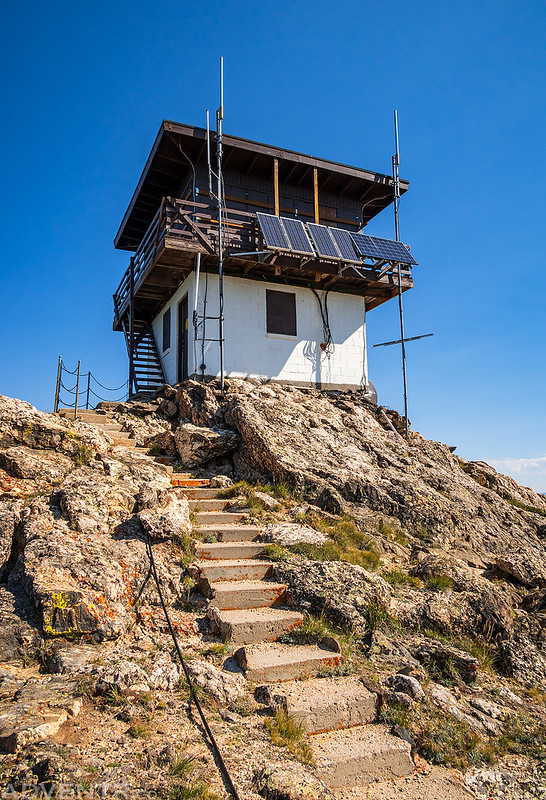 I hiked along the rocky spine of the summit for a different view. The high summits in the background are located within the Mount Zirkel Wilderness of Colorado. 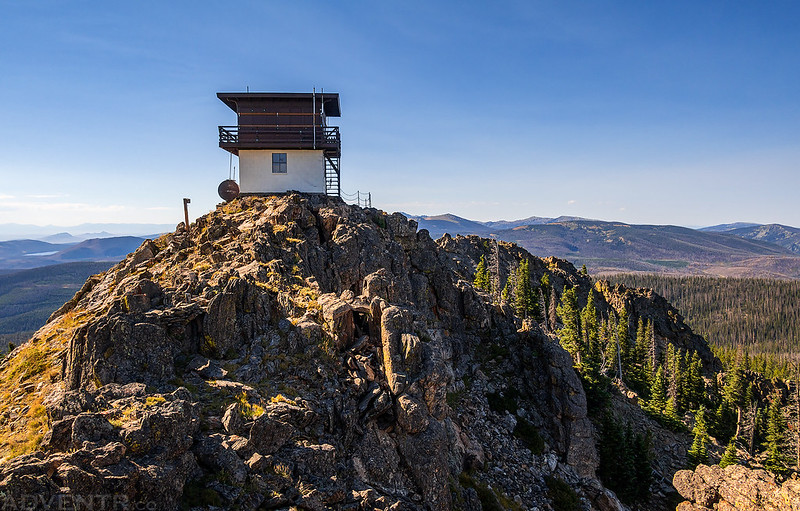 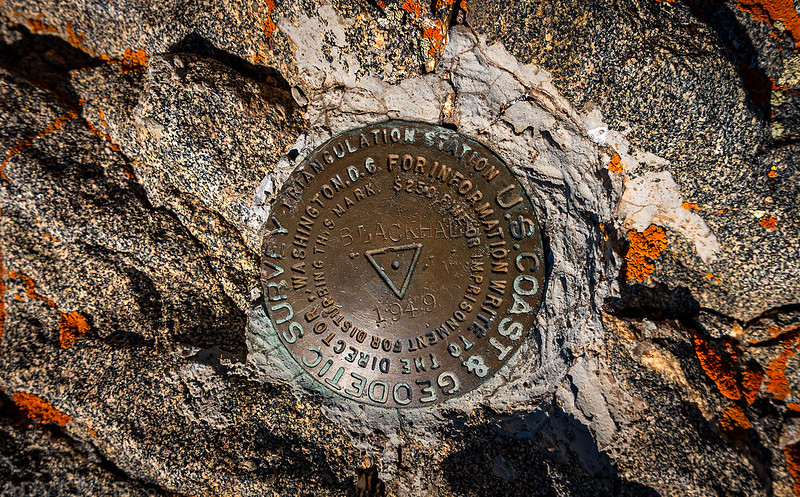 Here’s one final view of the Fire Lookout before I drove back to North Park in Colorado. 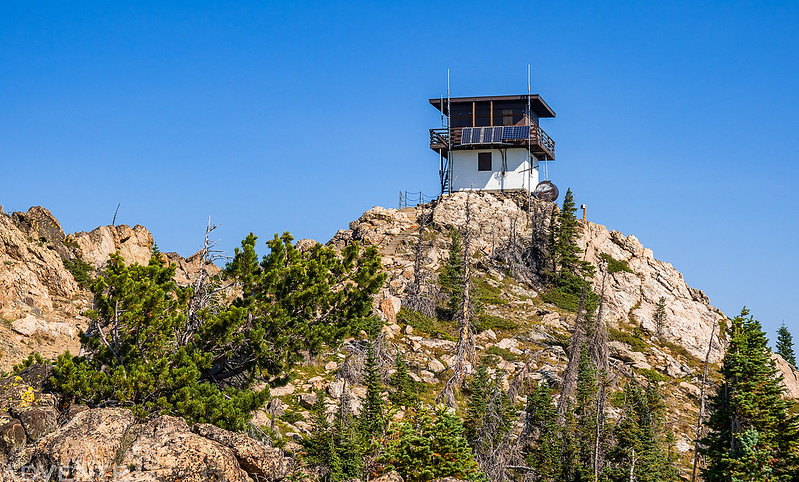 After leaving the Blackhall Mountain Lookout I returned to North Park in Colorado and topped off my gas tank in Walden before following the Laramie River up into the Laramie Mountains so I could check out the Deadman Lookout Tower. 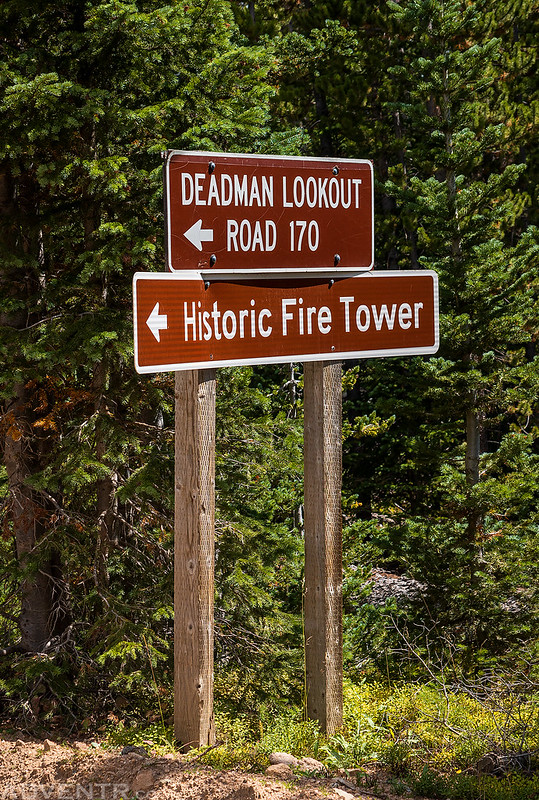 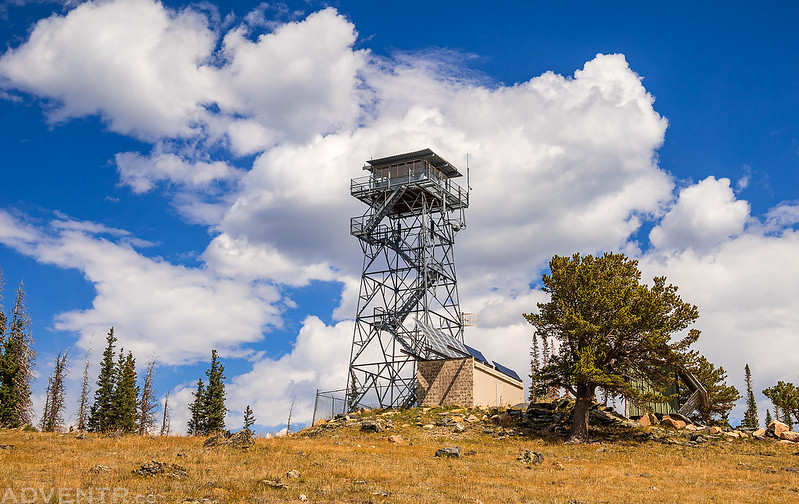 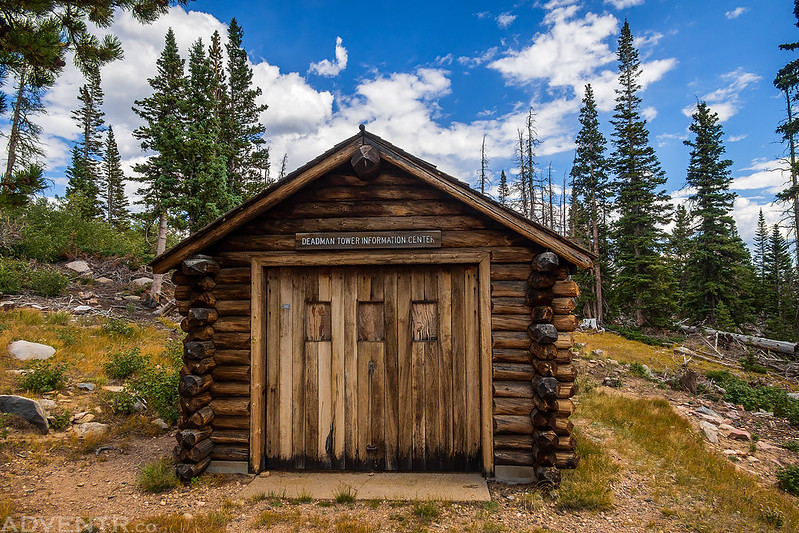 Looking up at the Deadman Lookout Tower. 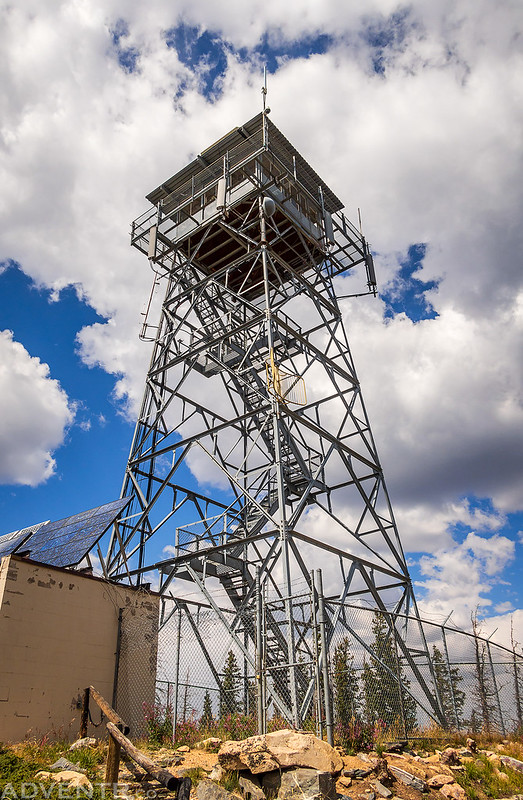 After eating lunch at the base of the Deadman Lookout Tower, I continued heading east through the Laramie Mountains toward the Red Feather Lakes and then followed the Cache La Poudre River over Cameron Pass back into North Park so I could visit one last Fire Lookout located on the summit of Parkview Mountain along the Continental Divide in the Rabbit Ears Range.