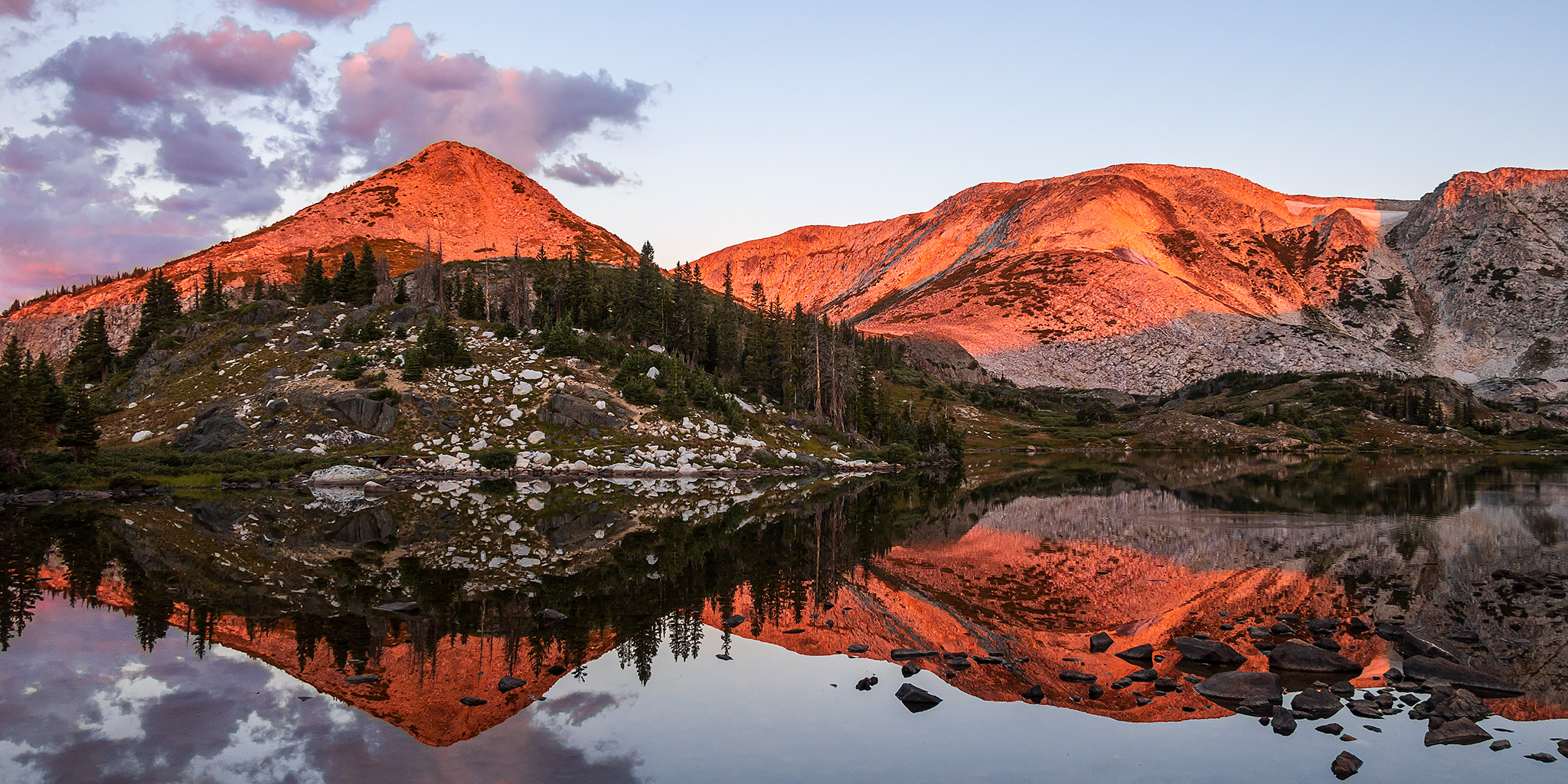 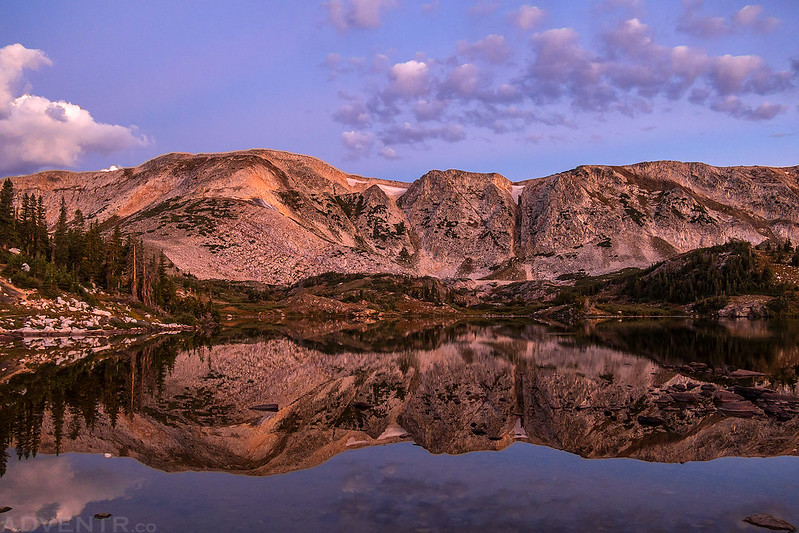 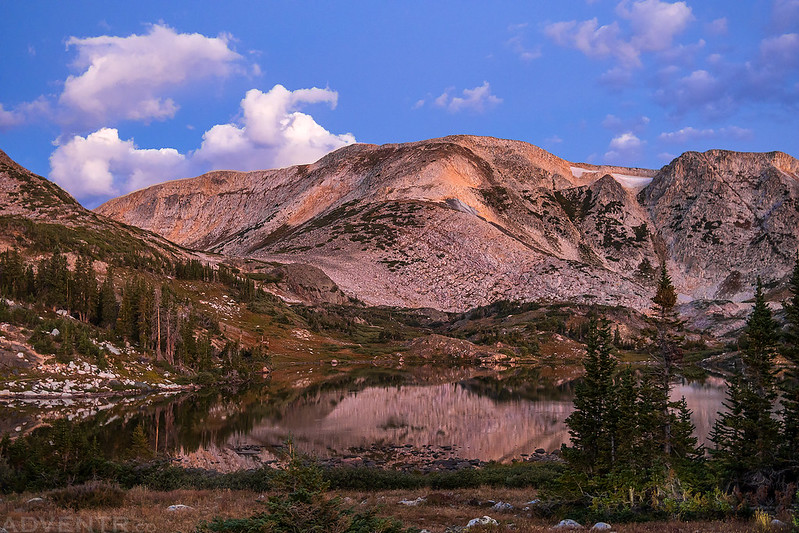 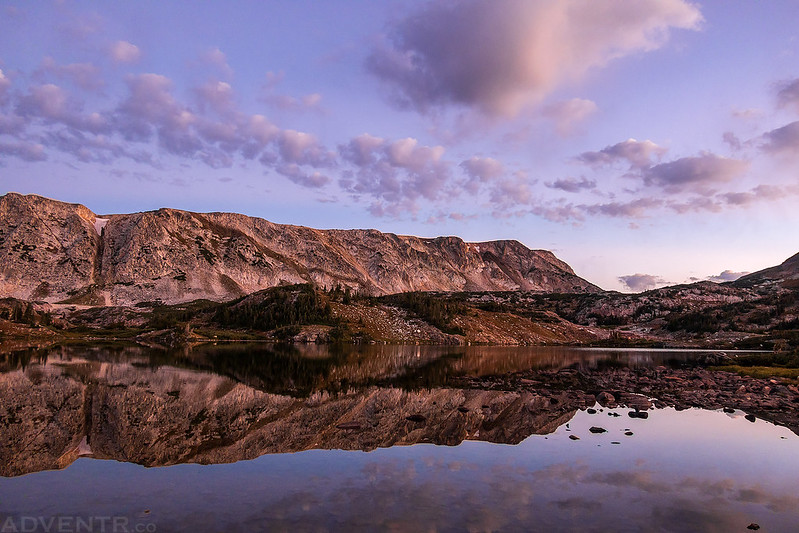 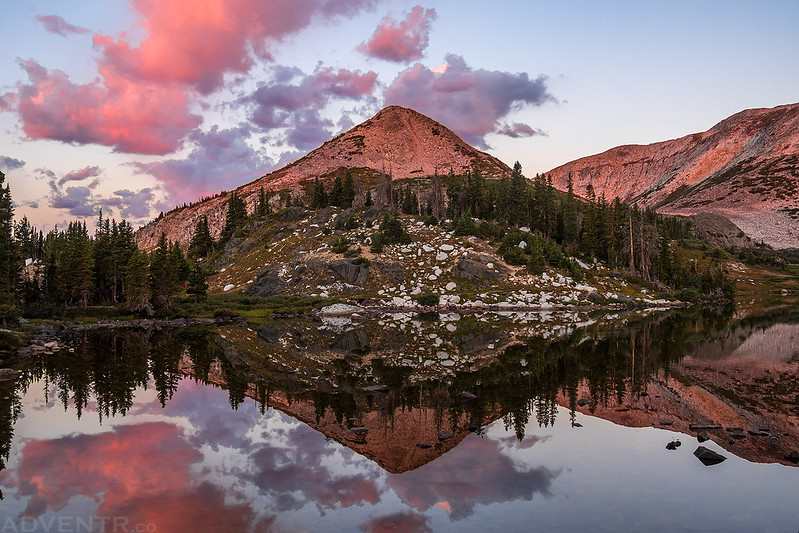 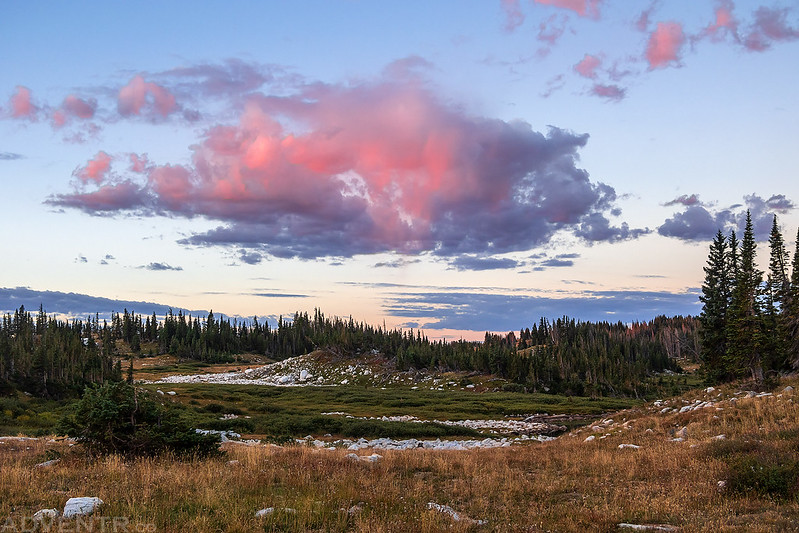 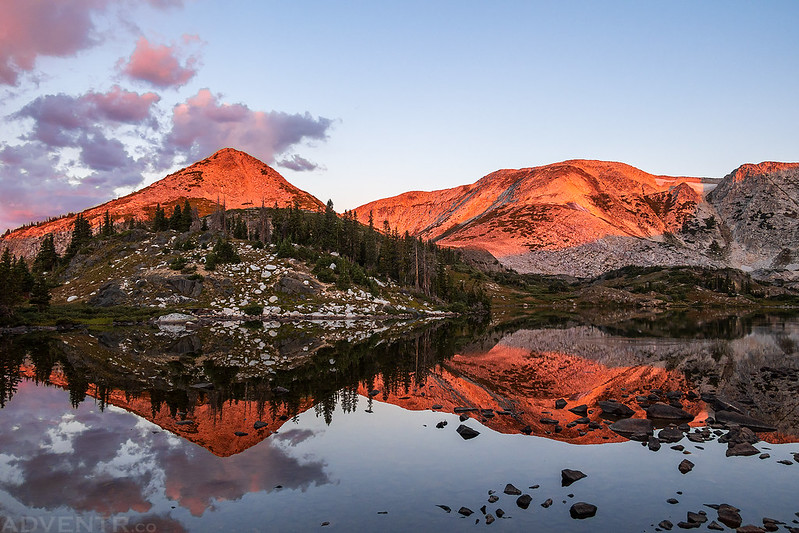 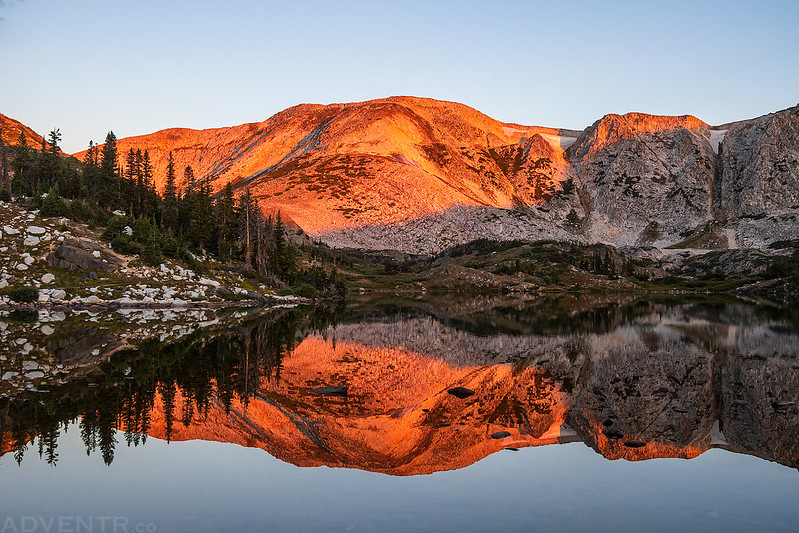 After watching the sunrise from the edge of Lewis Lake for a while, I continued hiking up the trail. 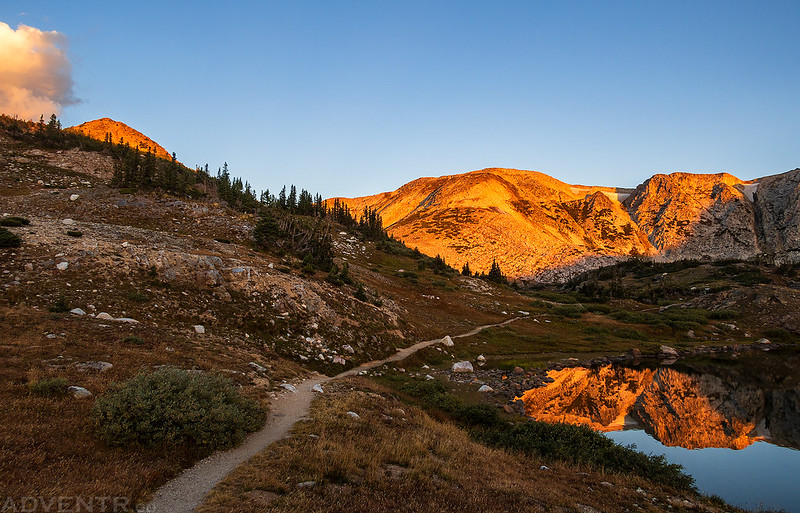 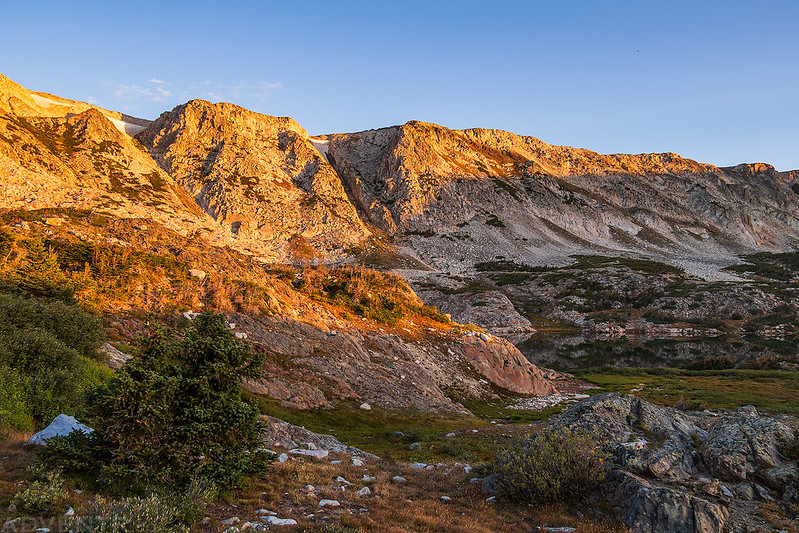 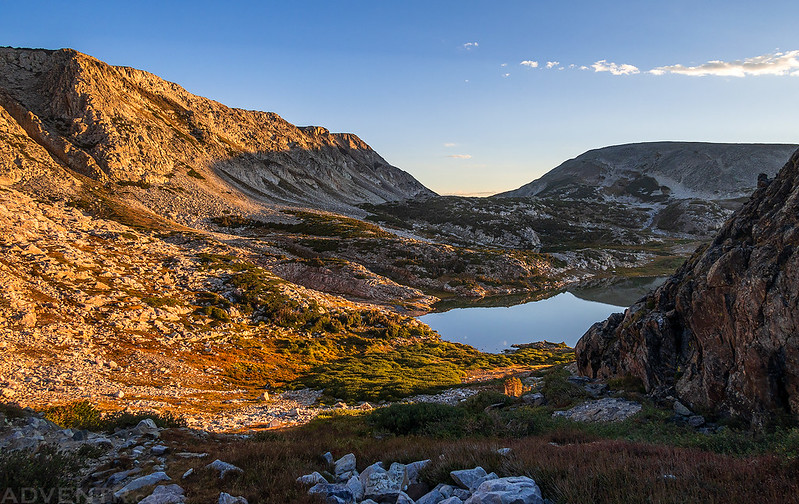 When I made it to the top of the saddle between Sugarloaf Mountain and Medicine Bow Peak, I took the right fork and started climbing steeply towards the top of the Snowy Range. 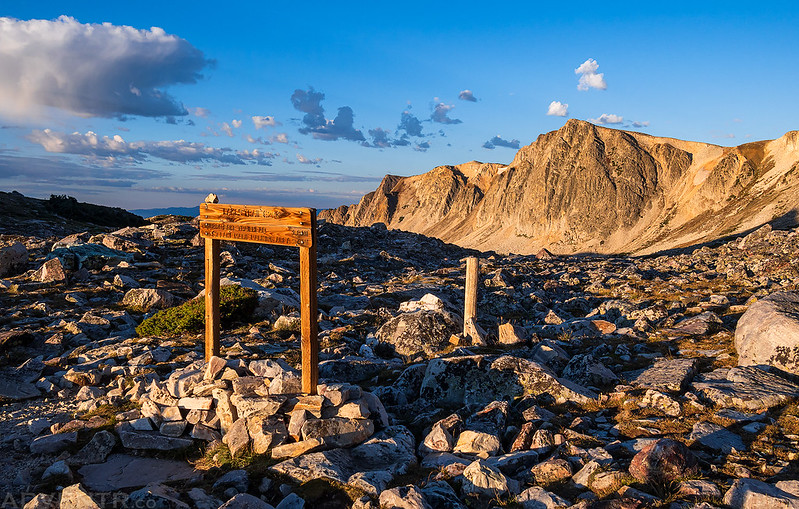 The view to the southwest from the saddle was pretty nice, too! 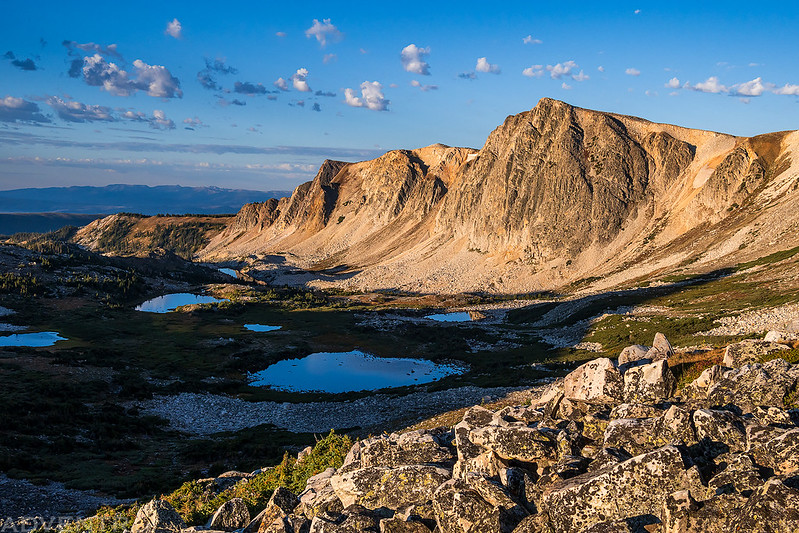 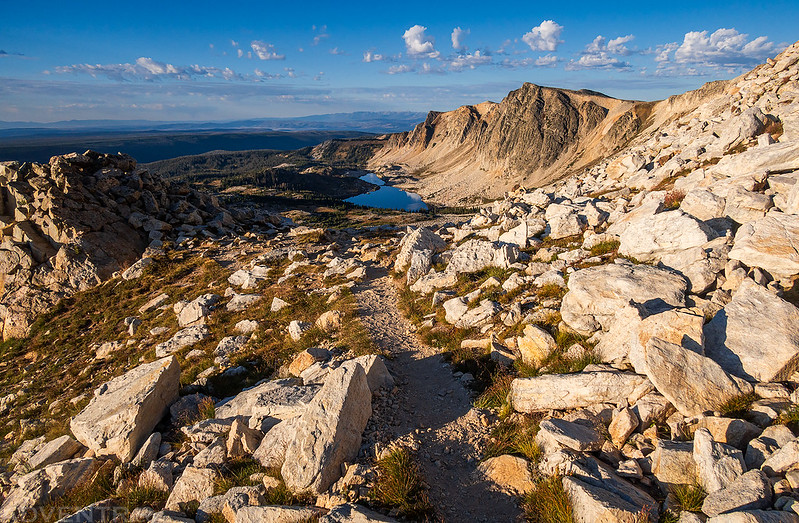 To the north I could see South Gap Lake and the Shelf Lakes below Browns Peak. 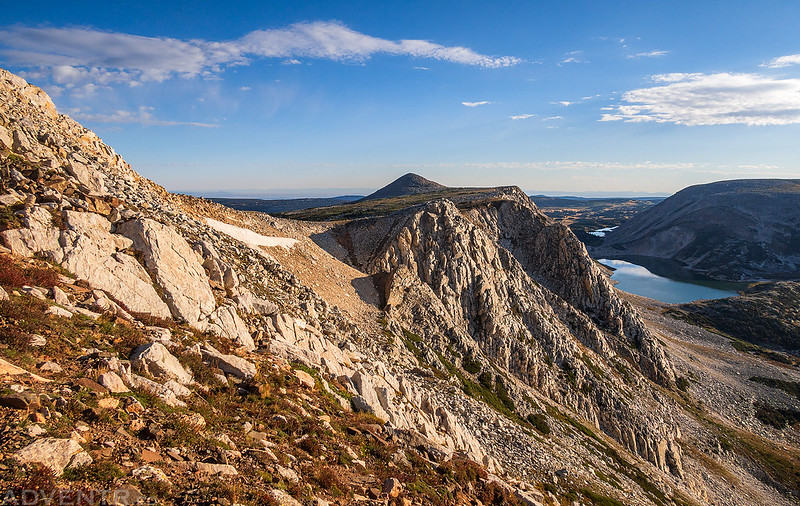 The southern end of the Snowy Range. 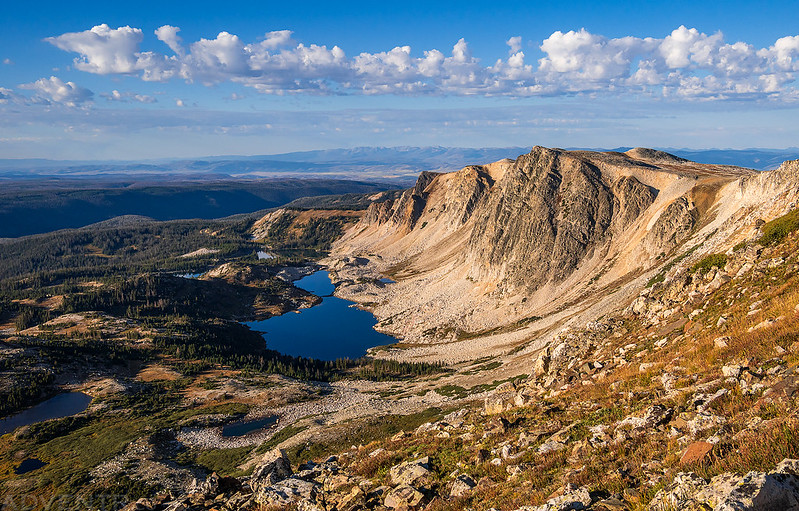 When I reached the top of the ridge I had a view of Elk Mountain to the northwest. 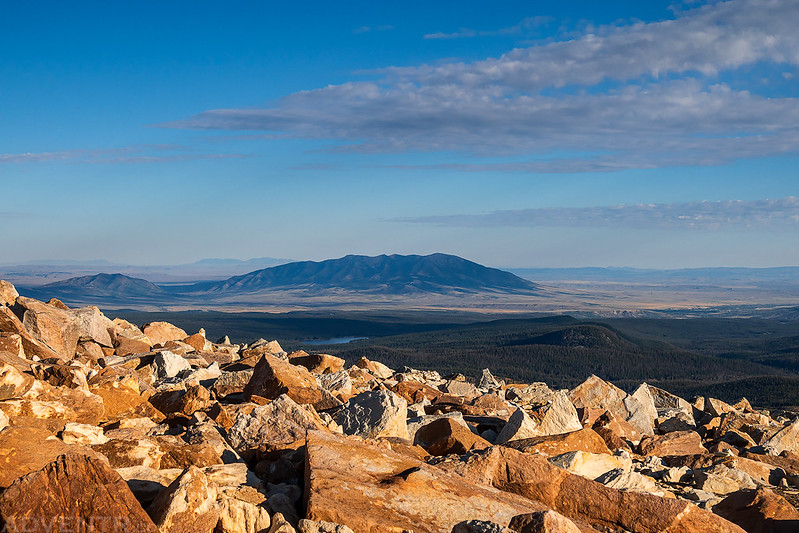 Once on top of the ridge it was a short boulder-hop to the summit of Medicine Bow Peak. 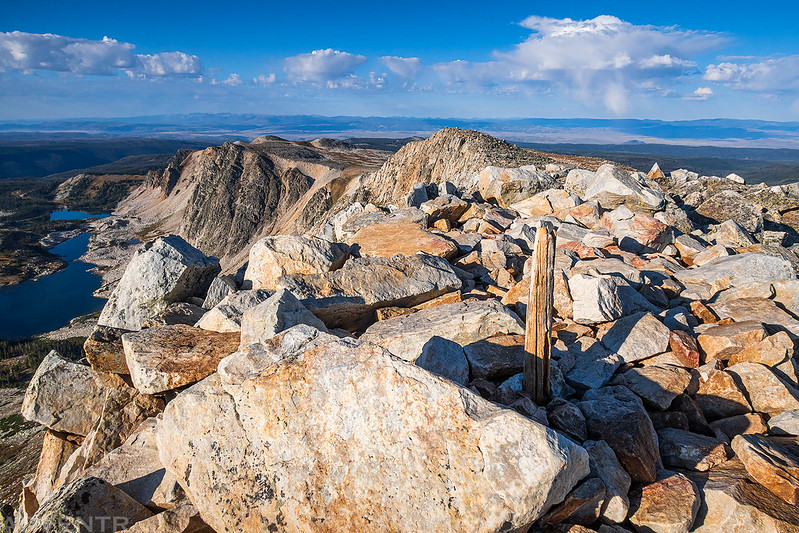 There was a benchmark on the summit, but it was damaged and mostly unreadable. 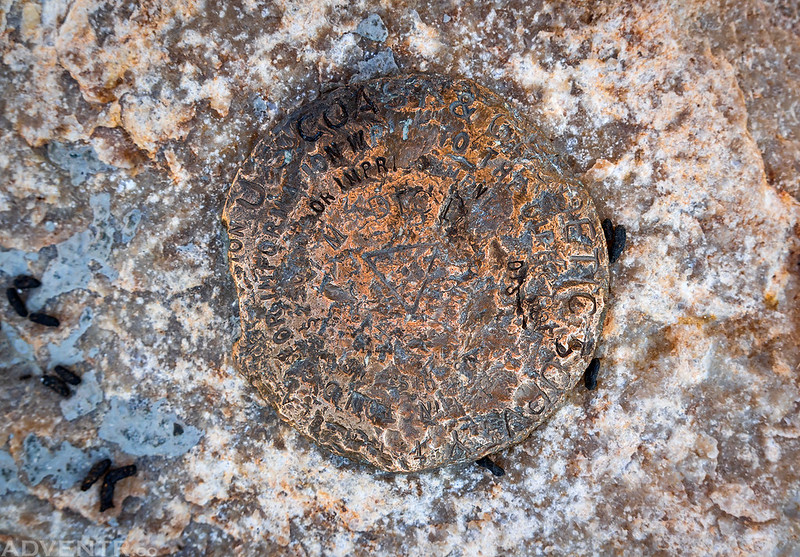 Looking back to the rocky summit as I started my way back down. 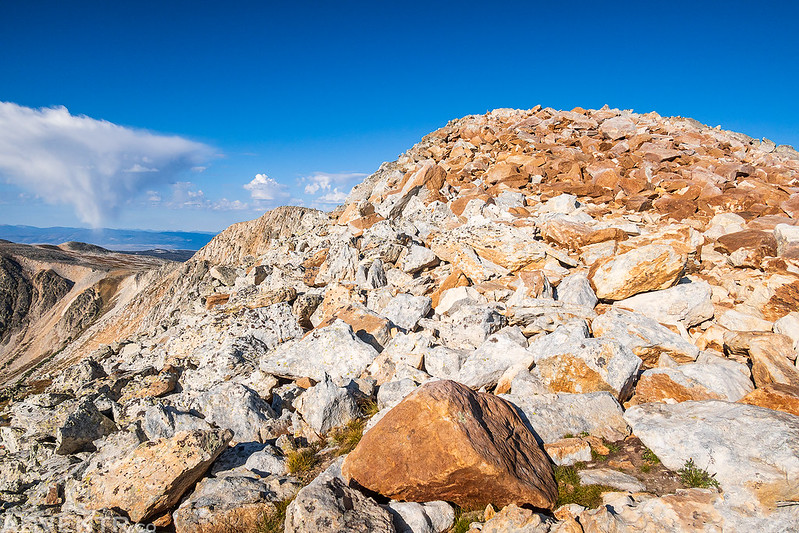 One last look at the southern Snowy Range as I hiked back down to the saddle. 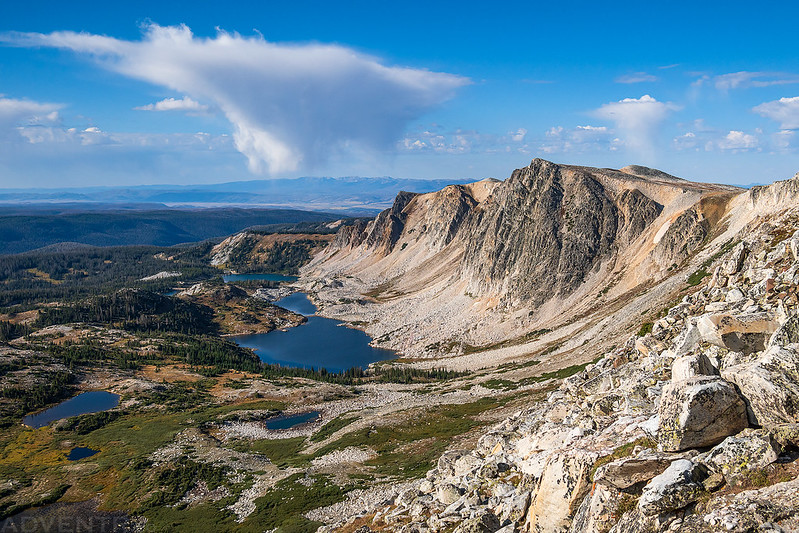 Following the trail around Lewis Lake back to the trailhead. 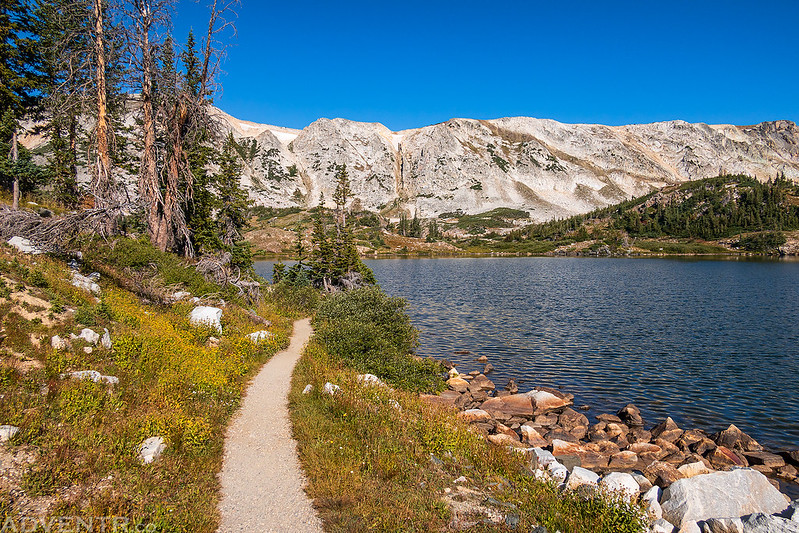 I really enjoyed my morning in the Snowy Range and think I would like to come back for an easy backpacking trip with Diane sometime.