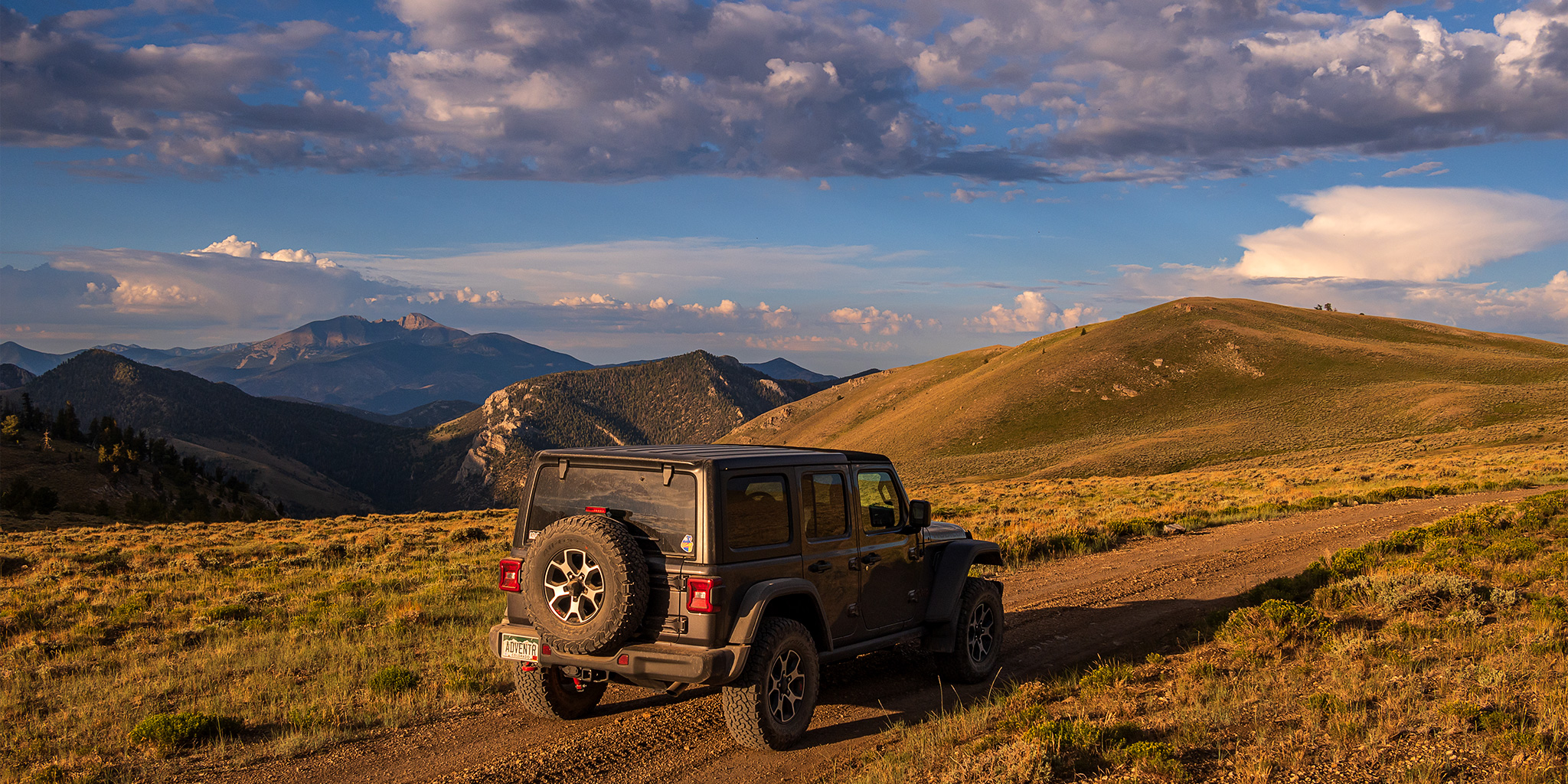 A Morning in the Northern Snake Range

After hiking Telescope Peak and leaving Death Valley National Park earlier in the day, I stopped for a quick dinner in Tonopah and then continued driving east across the Great Basin of Nevada as I made my way back home. I made another quick stop for fuel and food in Ely and then continued on into the northern portion of Snake Range to find a place to spend the night at a higher elevation where it would be cooler out. After leaving the paved highway and driving across the bottom of Spring Valley, I followed the steep switchbacks of a narrow dirt road into the Humboldt National Forest in the dark and then stopped at the first decent campsite I found along the way. It was about 9:30pm when I finally stopped for the night and I was pretty tired since it had been a long day, so I quickly got into my sleeping bag and went to bed.

I had purposely stopped in the Snake Range for the night since I was planning to hike to the summit of Mount Moriah in the morning before heading home, but when I woke up with the sunrise on Sunday I really wasn’t feeling like another hike and decided to just skip it so I could get home earlier. Instead, I figured I would do a little exploring in the area with my Jeep and then start my drive back home. There were nice clouds in the sky this morning and it turned out to be a very scenic drive, so I look forward to returning to this range in the future for some hiking!

Since I had driven into the mountains in the dark, this was my first view from my campsite when the sun came up. 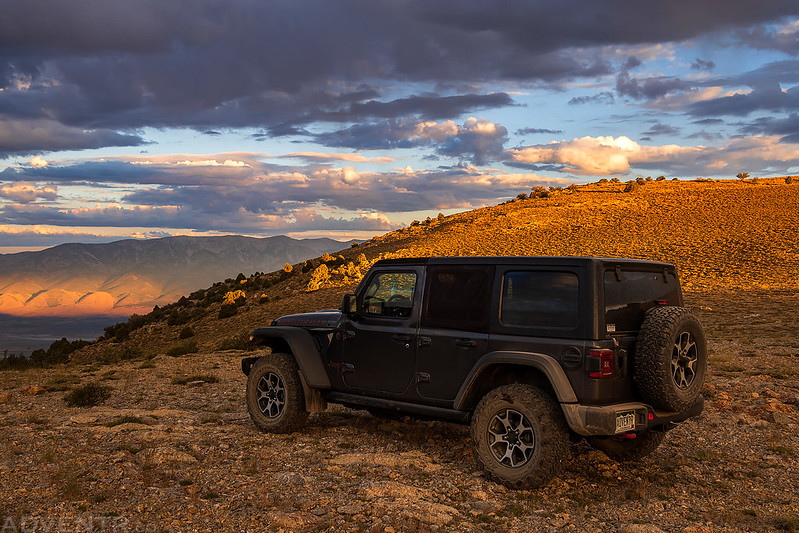 The light and clouds were looking nice this morning and it appeared there were some rain showers in the area. Maybe it was a good idea that I wasn’t hiking up a mountain today? 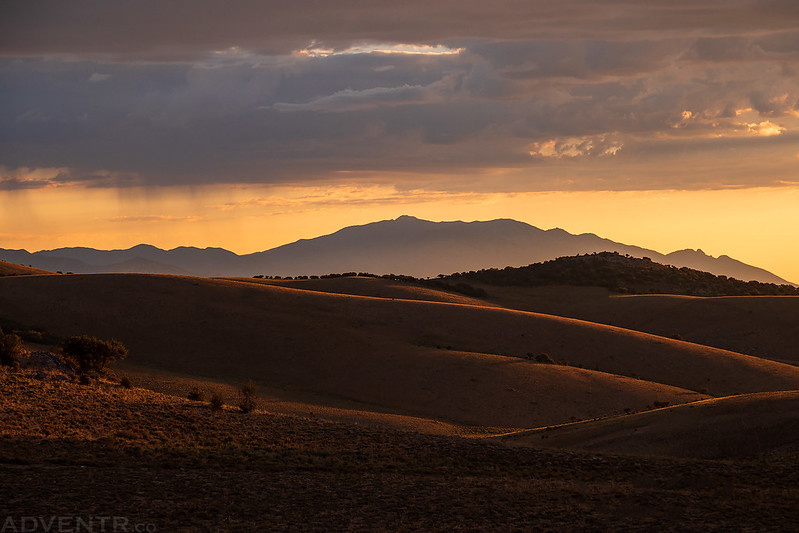 I followed the backcountry road deeper into the Snake Range. 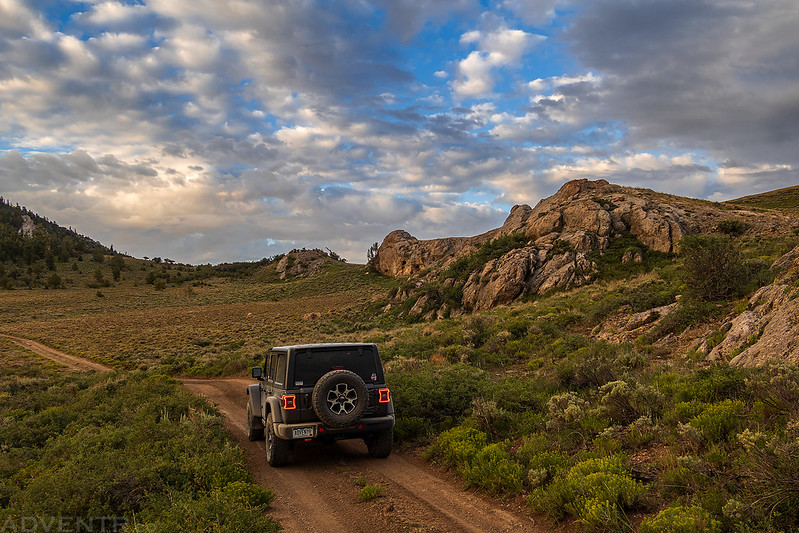 It wasn’t long until I had my first view of Mount Moriah, the fifth highest peak in Nevada at 12,067 feet. I will definitely have to come back another time to hike it! 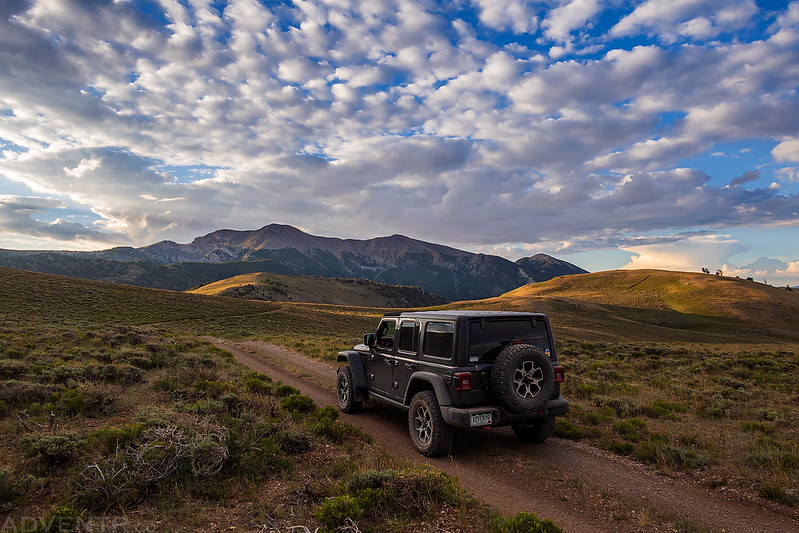 I passed by the Dog Spring Guard Station and stopped to check it out. 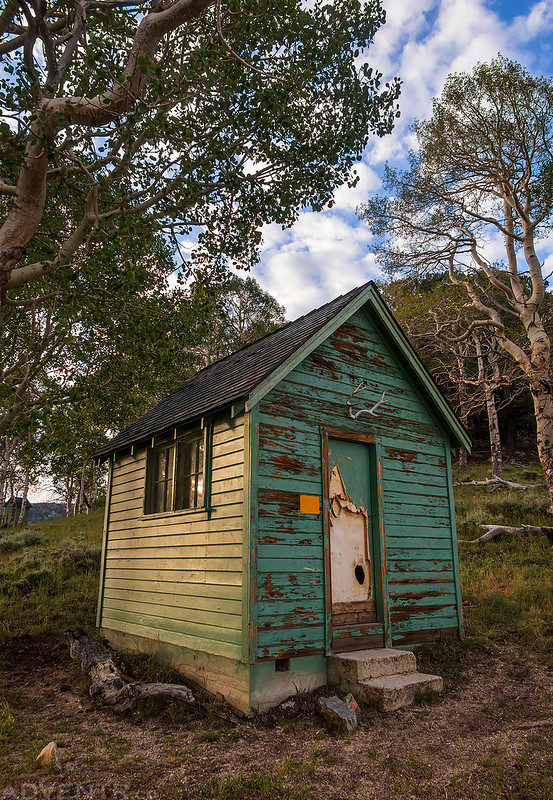 A quick look inside the old Guard Station. 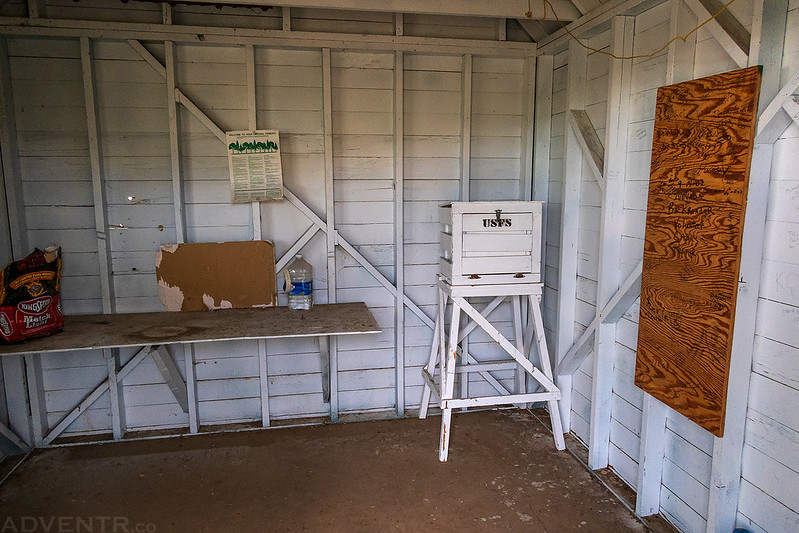 Sun rays filtering through the clouds. 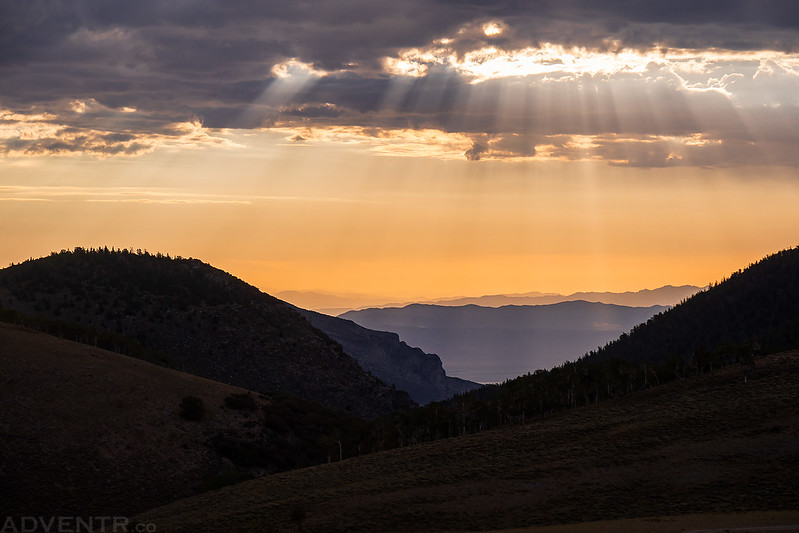 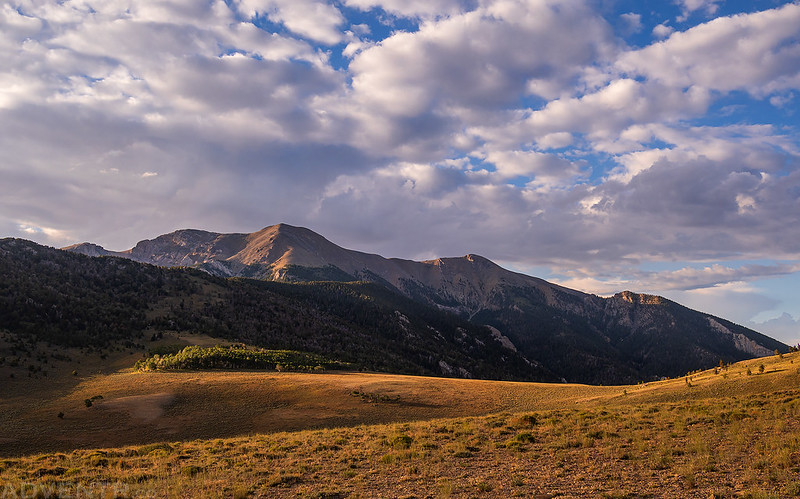 After reaching the end of the road at the edge of the Mount Moriah Wilderness, I turned around and started heading back. 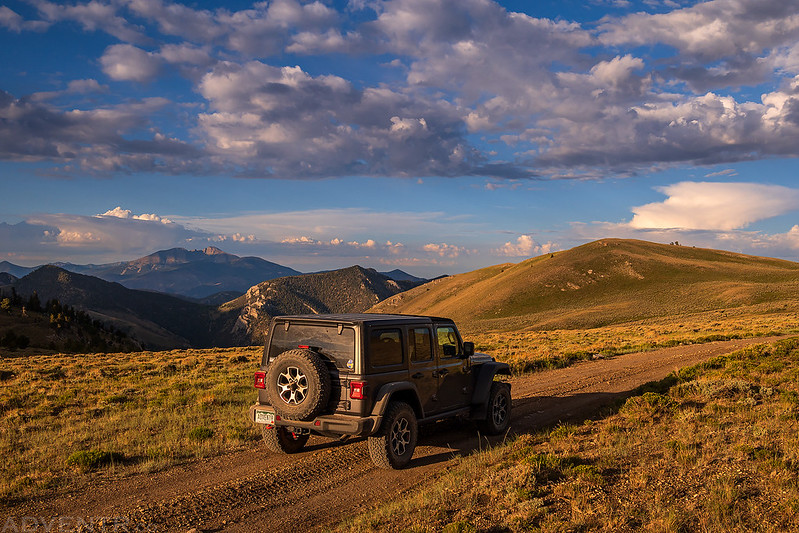 To the south there was a nice view of Wheeler Peak in Great Basin National Park, which I climbed almost two years ago. 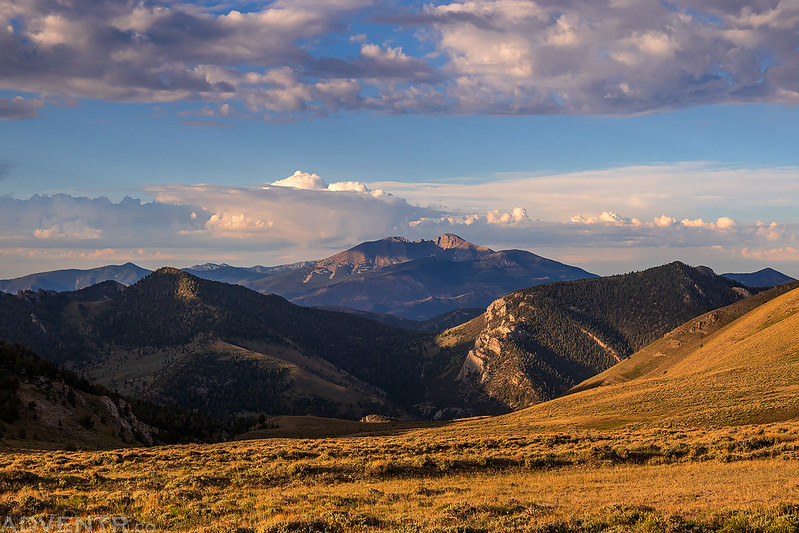 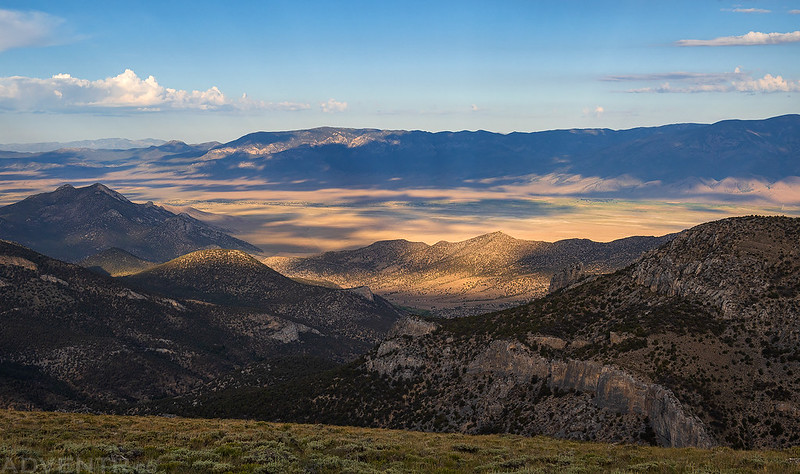 It was a beautiful morning in the northern Snake Range! 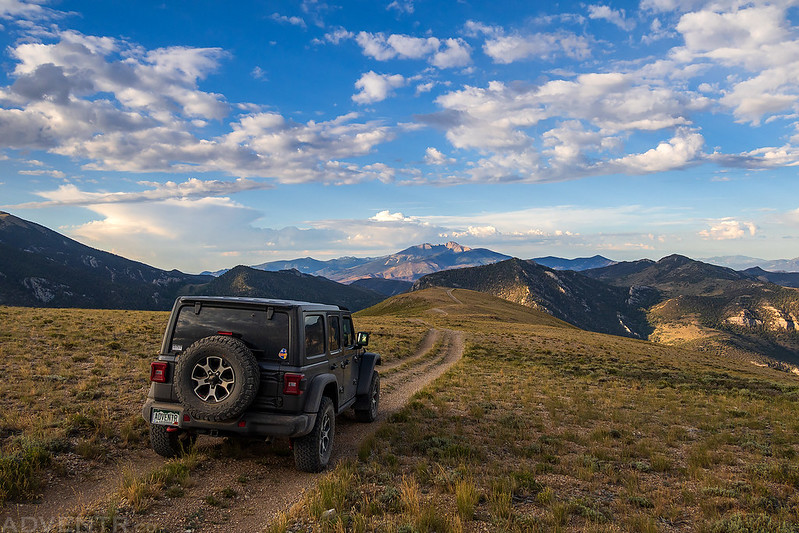 Soon, I began my descent down into Spring Valley and continued my drive back home. It was a nice relaxing way to spend the morning and I look forward to returning. 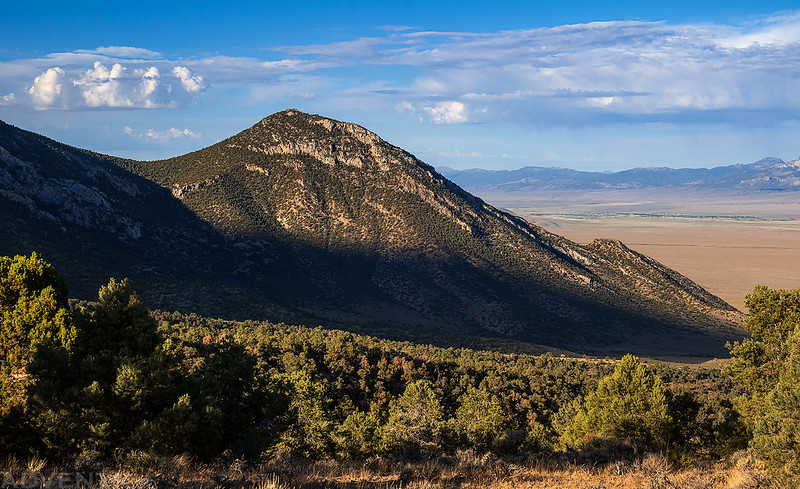