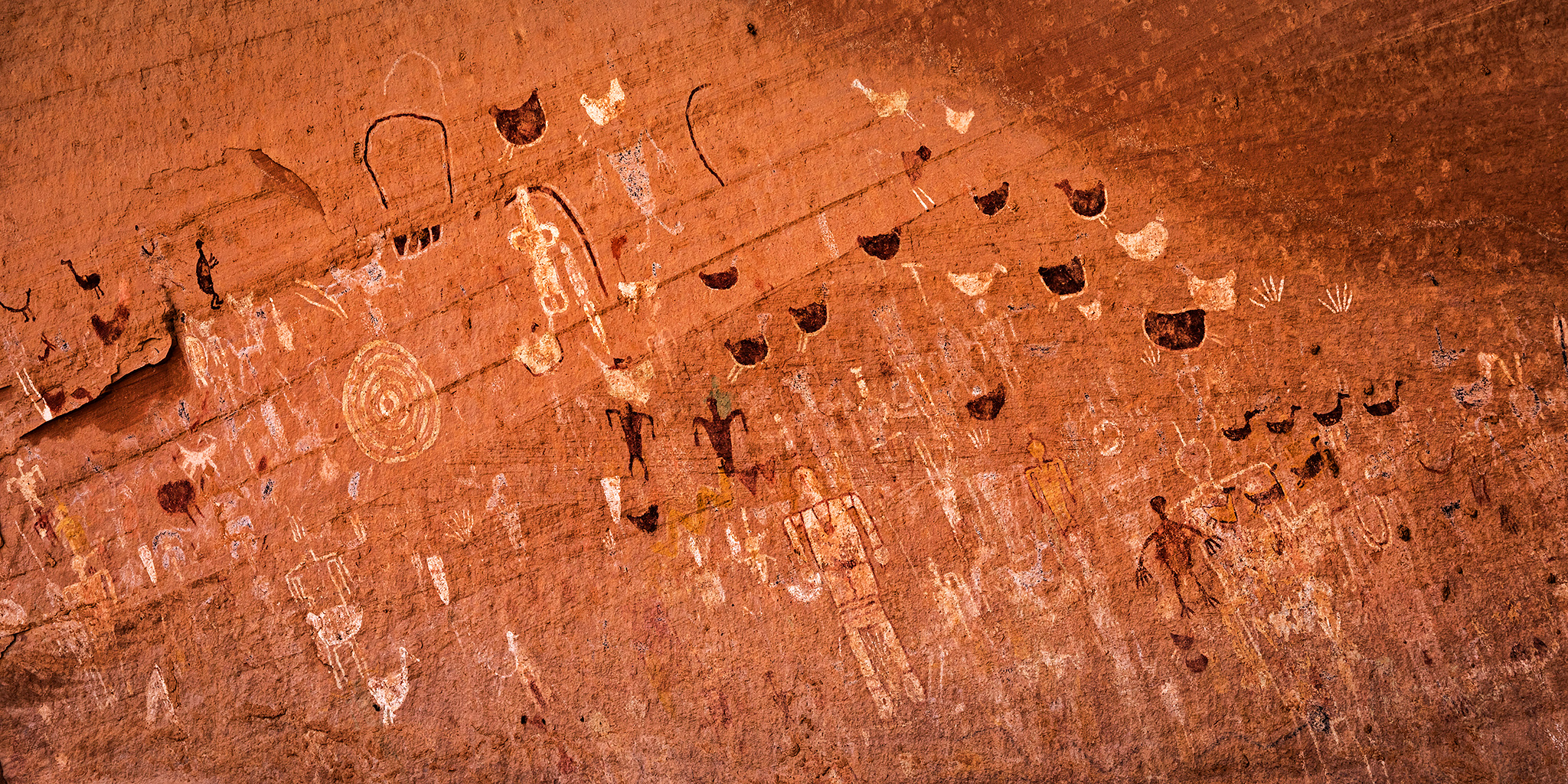 A Return to Canyon de Chelly National Monument: Back on the Four Corners Circuit
Monday, May 23, 2022

After spending most of Sunday in Mesa Verde National Park it was time to spend some quality time looking at rock art and ruins in Canyon de Chelly National Monument. About six years ago Diane and I had stopped to check out all of the overlooks along the rim of the canyons in the Monument and also hiked down to the White House Ruins, so this time we wanted to get into the canyons for a closer look. That meant we would have to book a tour with a Navajo guide. About a week before the trip I set up a five hour tour with Beauty Way Jeep Tours for 8:00am that would mostly focus on Canyon del Muerto and we were looking forward to finally getting into the canyon!

Since we didn’t have to meet our guide until 8:00am we were able to sleep in a little later than usual before leaving the hotel. Once we met up with our guide, we grabbed our packs, hopped into his Jeep and then drove through the deep sand of Chinle Wash into Canyon del Muerto, making a lot of stops along the way. Lucky for us, the sky was overcast for much of the tour which helped keep us cool and also kept the harsh light and shadows at bay as we kept our eyes open for sites along the canyon walls. Below are a selection of photos I took along the way…

Before I get started sharing my photos from our Jeep Tour, I thought it would be a good idea to give you my honest impression of our tour in the canyon. While I have nothing but good things to say about our guide and Beauty Way Jeep Tours, I just wasn’t that thrilled with the way things work in the canyon. First off, this was not a typical day for us since we were riding along in someone else’s vehicle which is not something I enjoy doing, but I understand that they no longer let people drive their own vehicles into the canyon anymore, so there are really no other options. Second, you are not able to get close to most of the ruins and rock art sites since many are located on private property and fenced off, so you are forced to view most sites from a long distance. Most of the photos I took and posted below were taken with a 400mm lens and in many cases that was still not long enough. I understand the need to protect these sites by not allowing people to enter or get too close, but I just felt that we were still too far away to really get a good sense of the sites. I guess what I’m trying to say is that this is not the place for me and I would prefer to spend my time in other areas where I can be on my own and get up close to any areas of interest. While there is much more rock are in Canyon de Chelly that I would like to see, I’m not so sure it’s worth the price of another tour for distant views, so I’m not sure if we will return again in the future? But maybe I will change my mind down the road? Who knows! 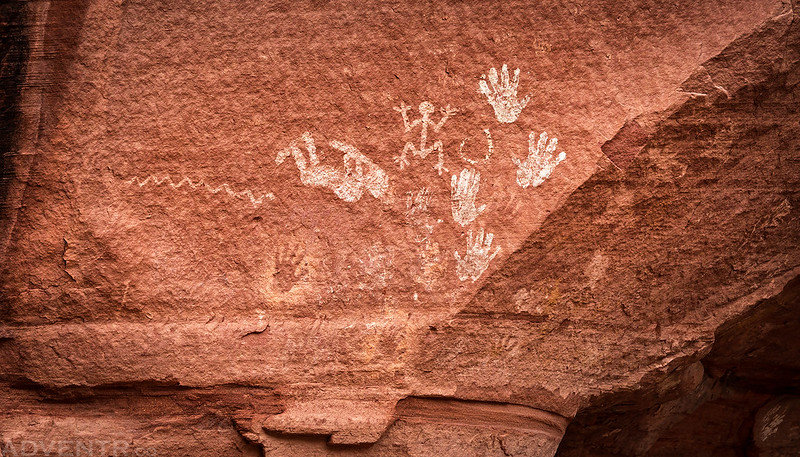 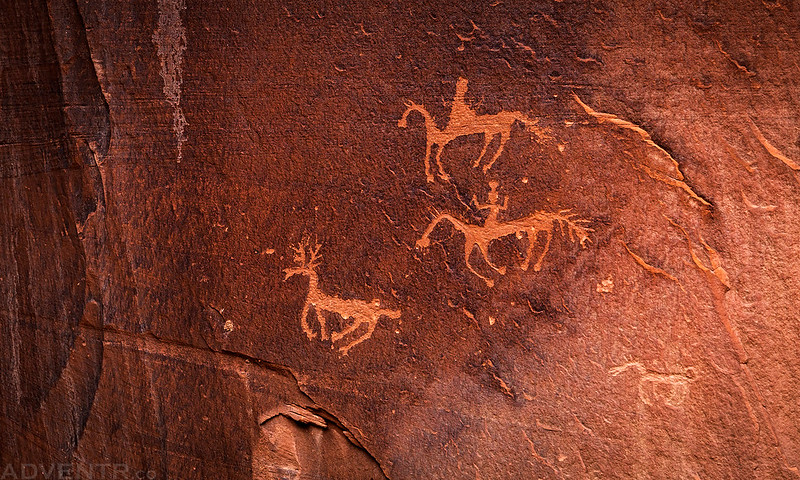 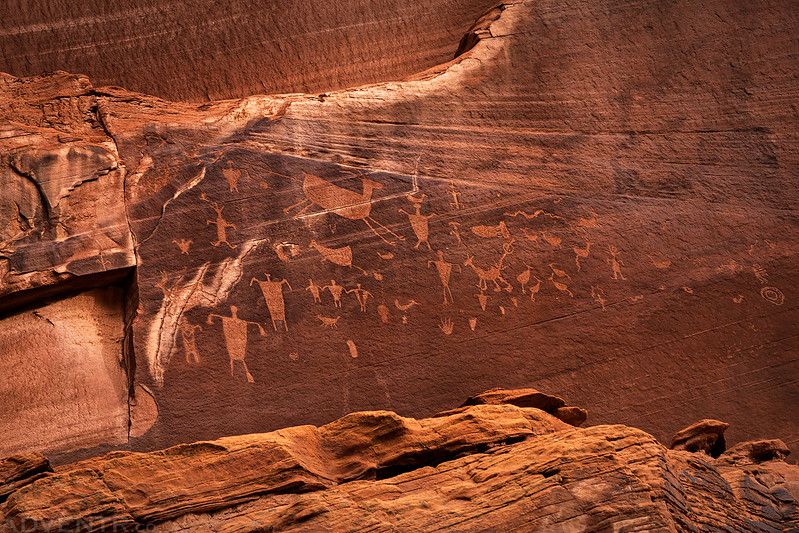 After checking out the petroglyphs at Petroglyph Rock our guide gave us a little demonstration on throwing an atlatl. Here’s a short video clip of his two throws. 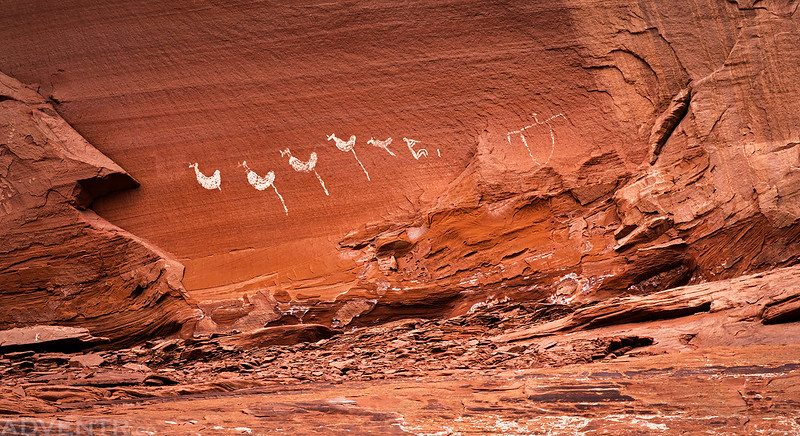 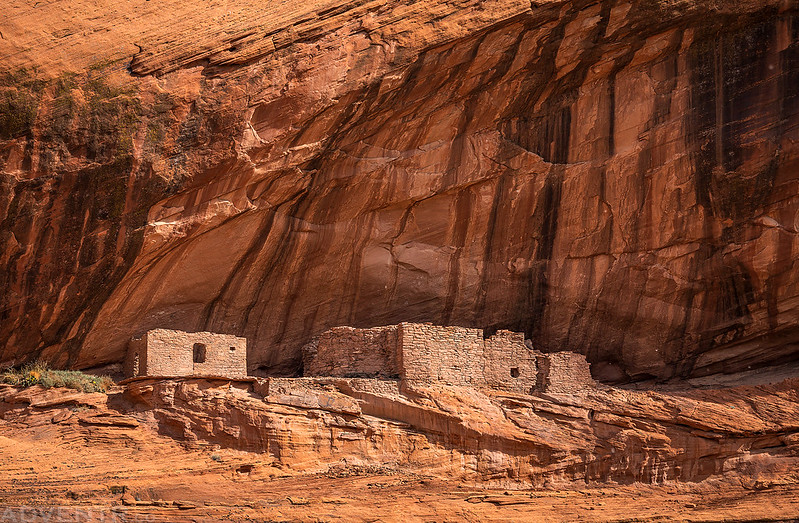 One Room in the Canyon 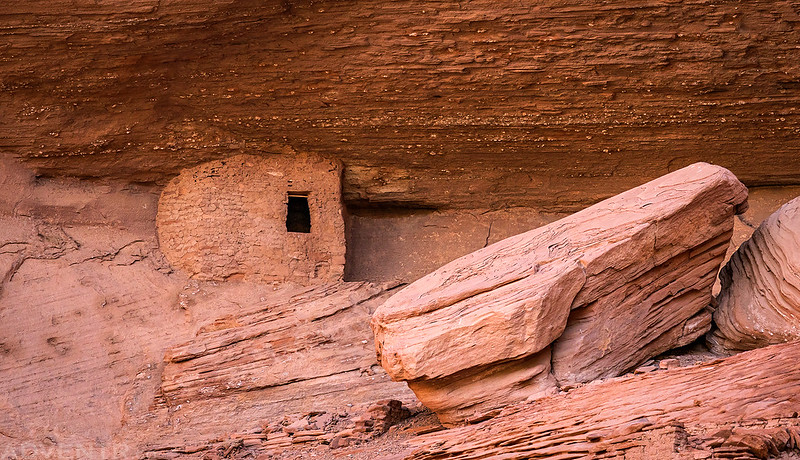 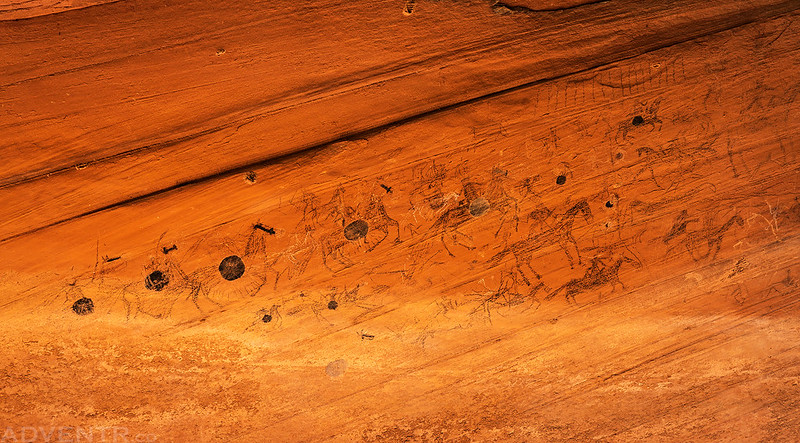 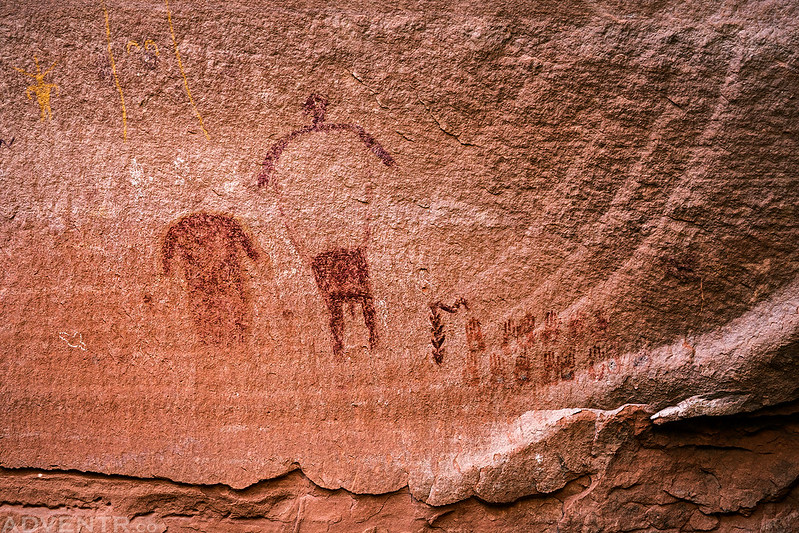 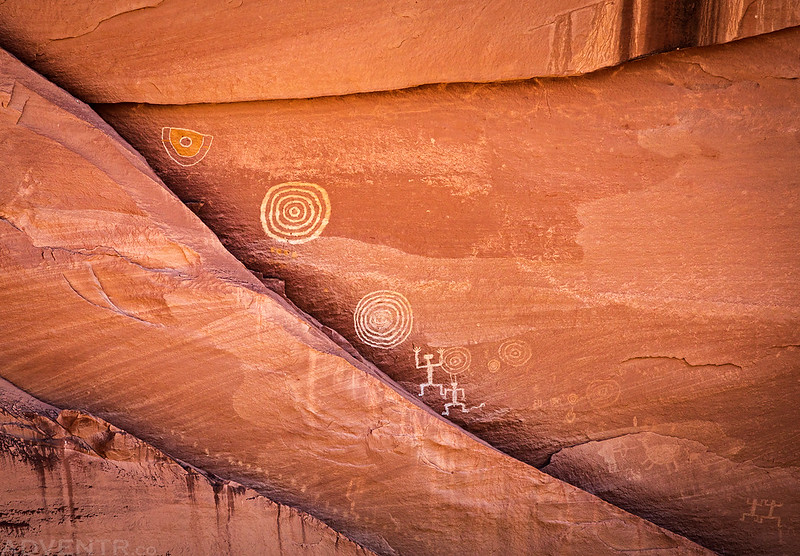 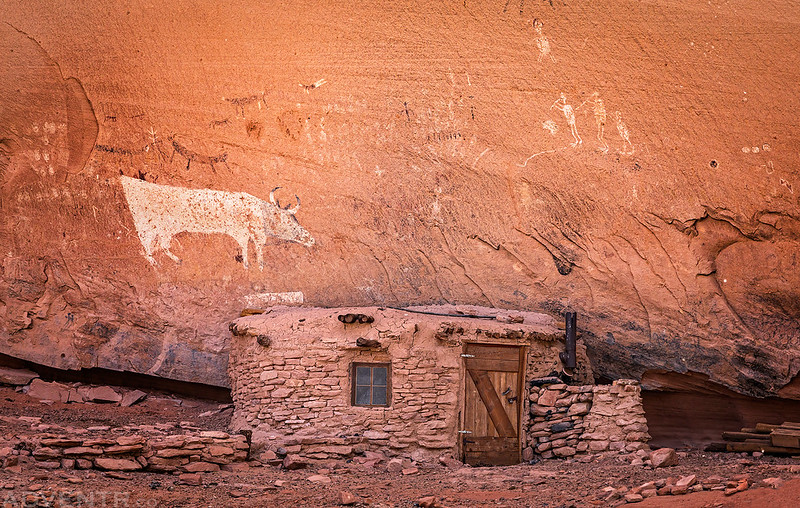 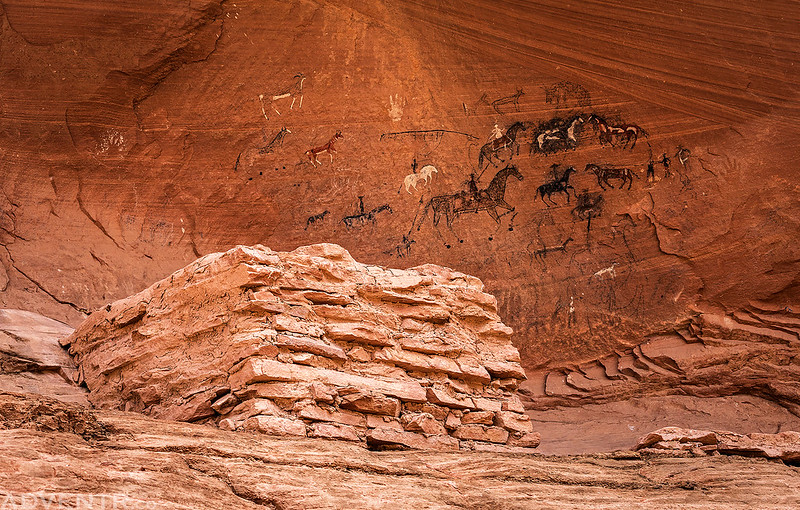 A closer look at the horses. 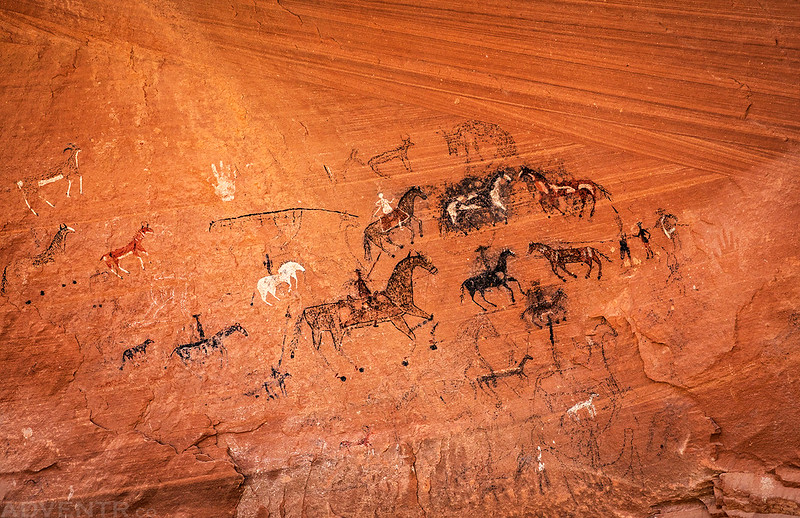 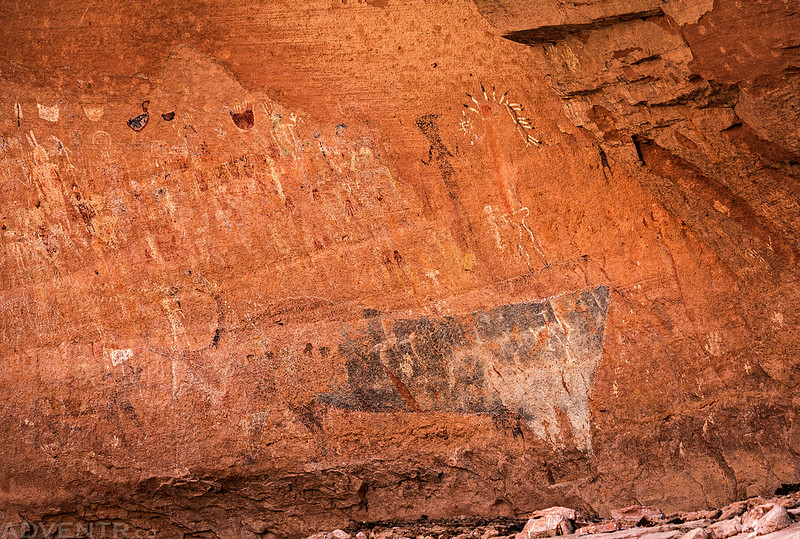 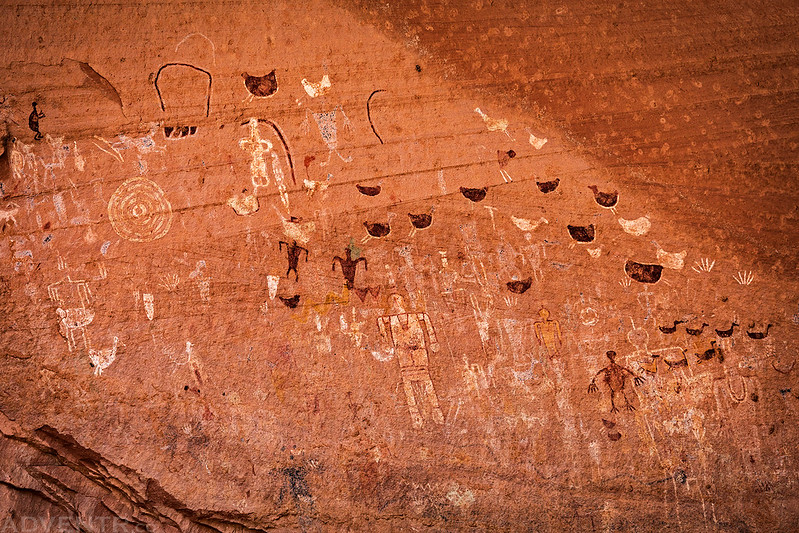 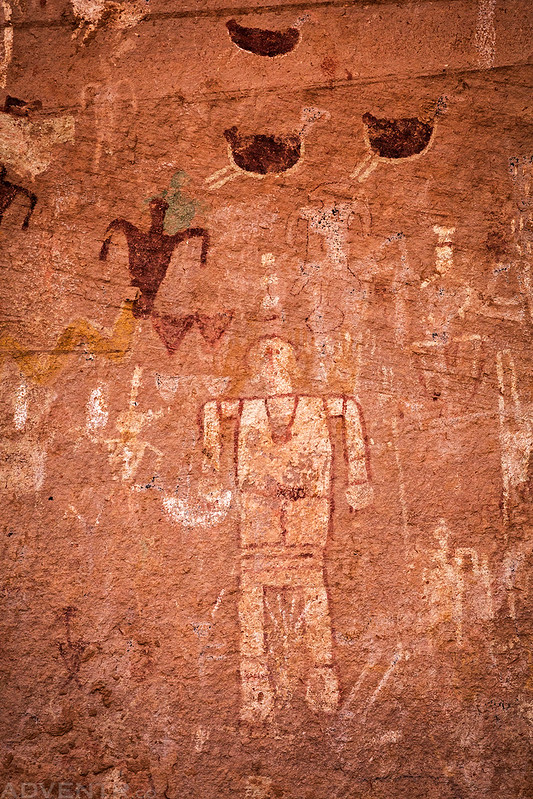 The left side of the previous panel. 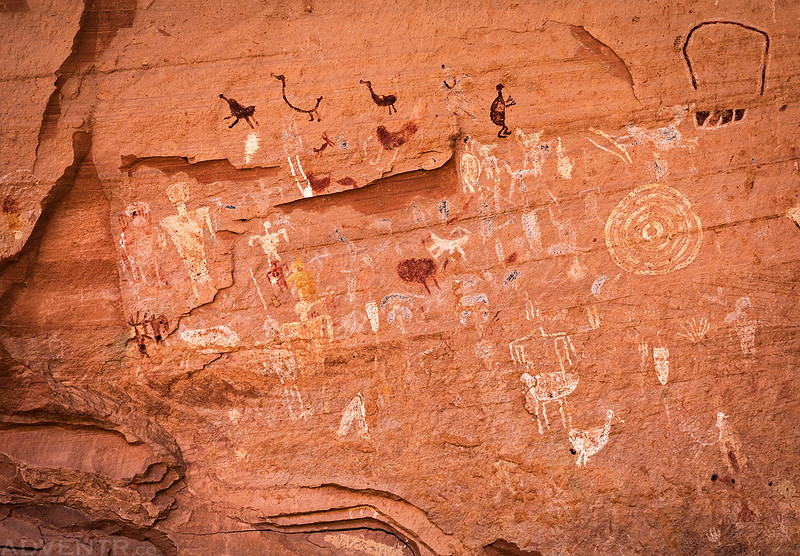 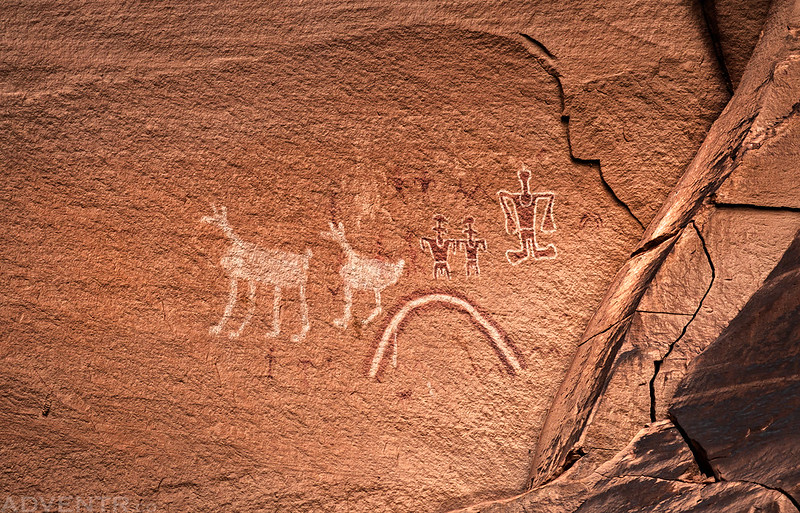 Although we saw the pictographs at Antelope House from the overlook on our last visit, it was nice to get a closer view today. 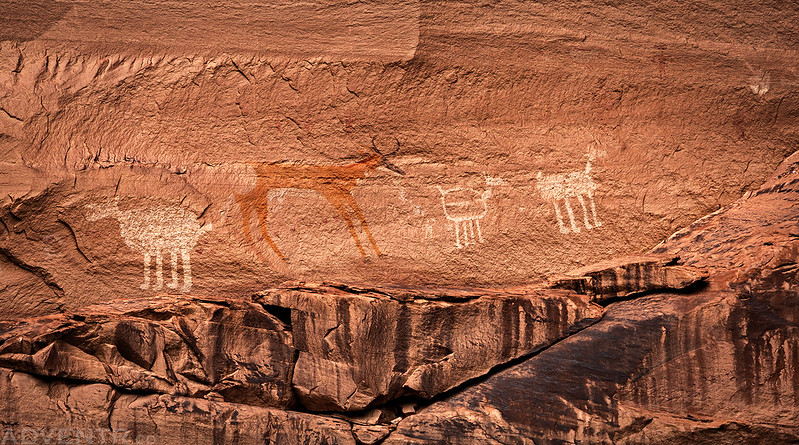 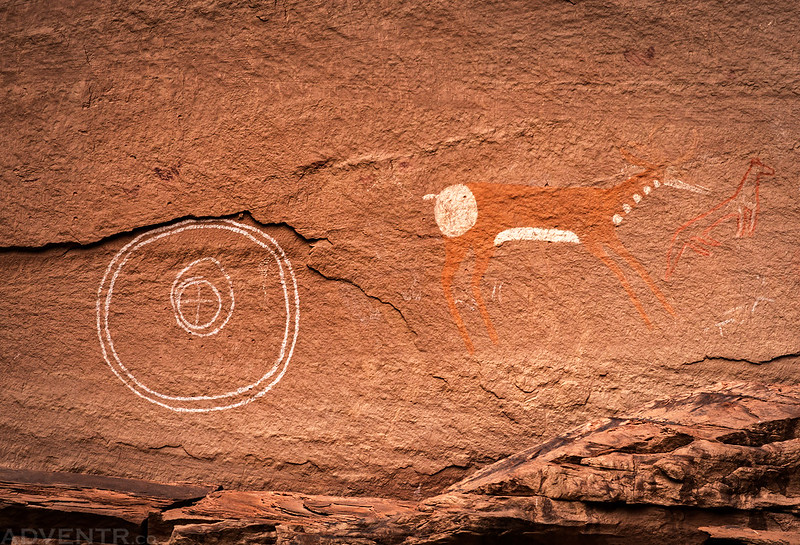 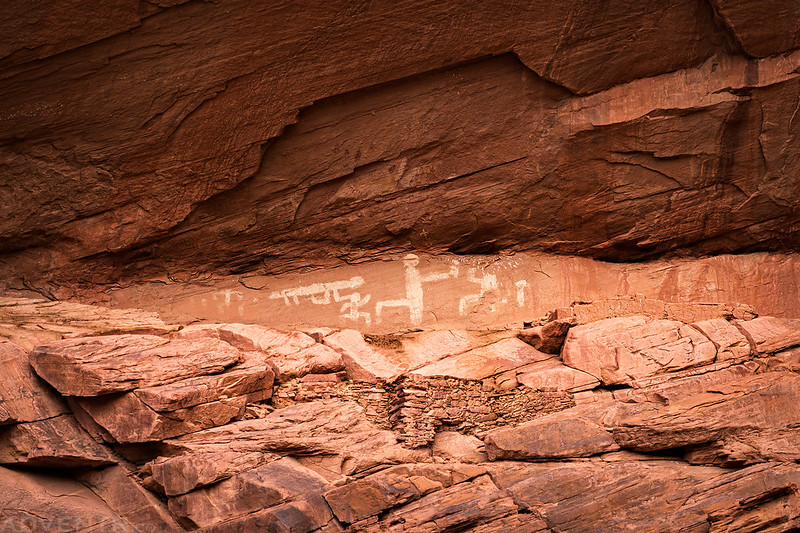 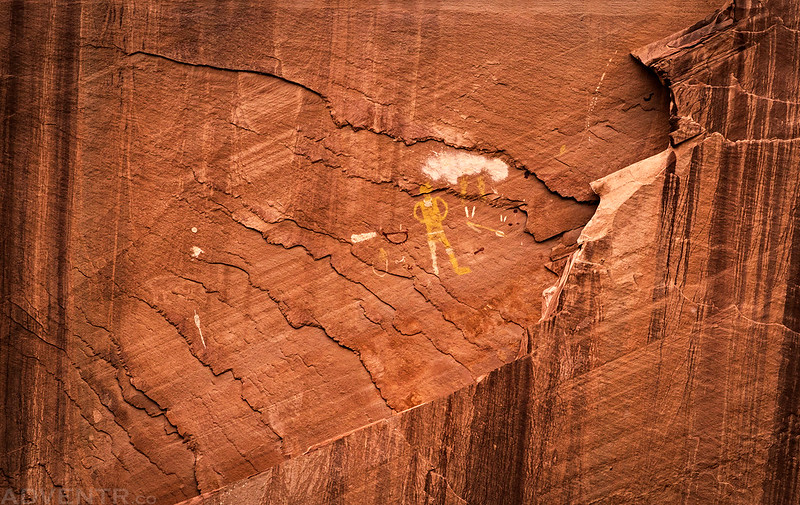 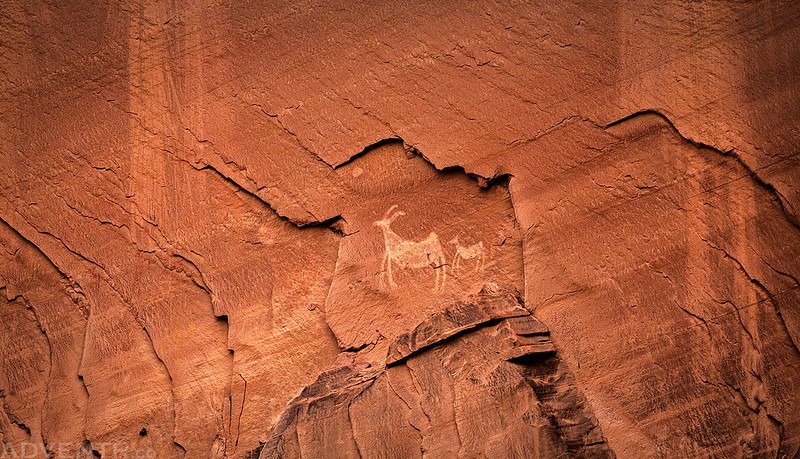 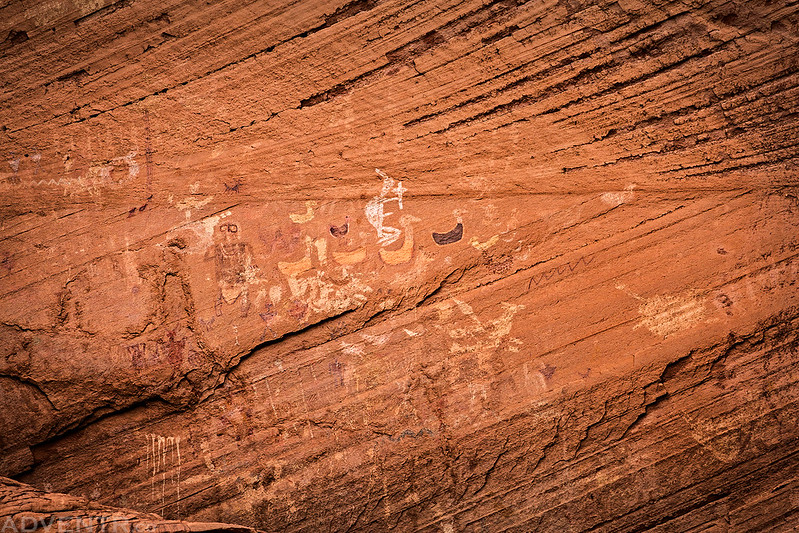 Since it seems that every park has it’s own Newspaper Rock, here is the one in Canyon de Chelly National Monument, also known as The Wall. It wouldn’t be the last Newspaper Rock we would see on this trip, either! 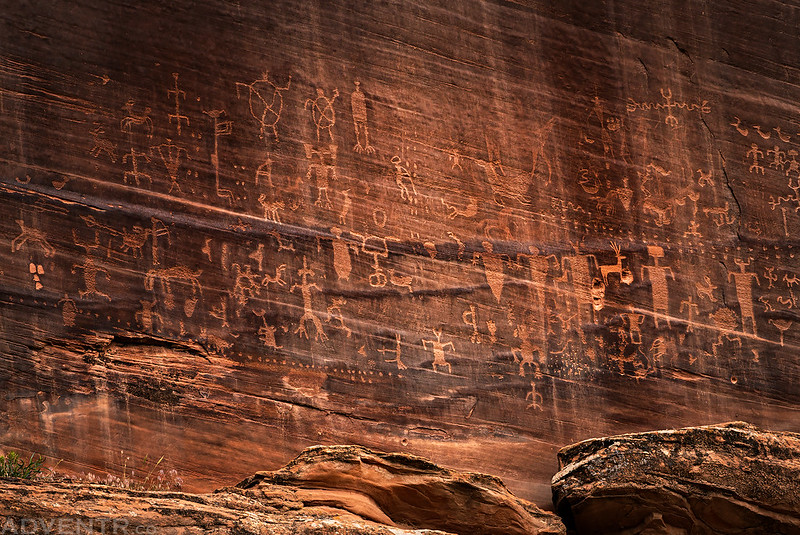 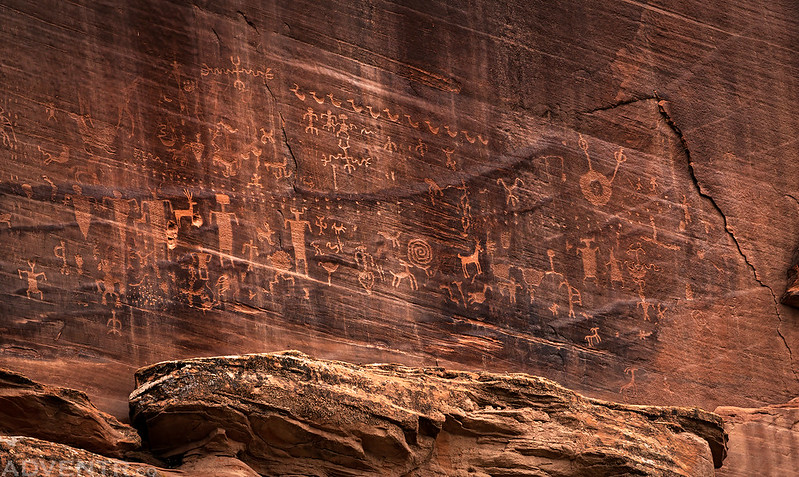 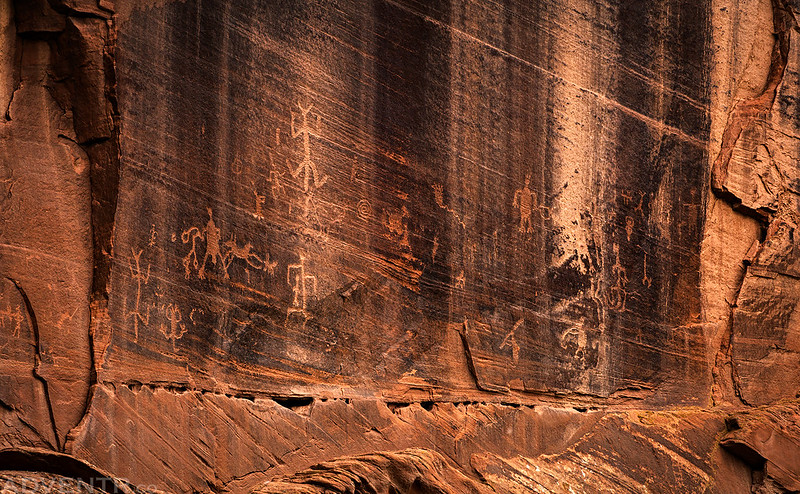 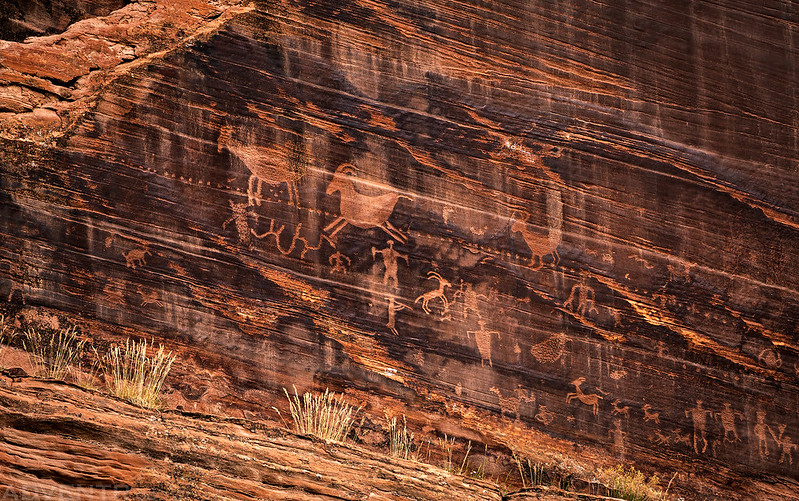 Even though I just got rid of my Jeep JK last week, I got to ride around in this one for five hours today with Beauty Way Jeep Tours. 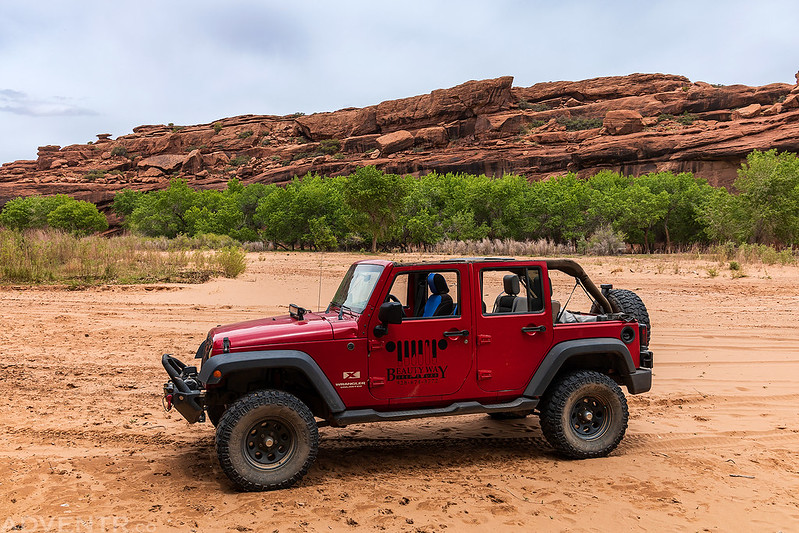 After leaving Canyon del Muerto and returning to my Jeep, it was time to drive to Holbrook so we could spend the next two days exploring more of Petrified Forest National Park. During our drive across the southern end of the Navajo Nation, the odometer on my new Jeep crossed over it’s first 1,000 miles. We made it to our hotel in Holbrook a little early since we had gained an hour along the way and then spent the rest of the evening relaxing and getting organized for the remainder of the trip.