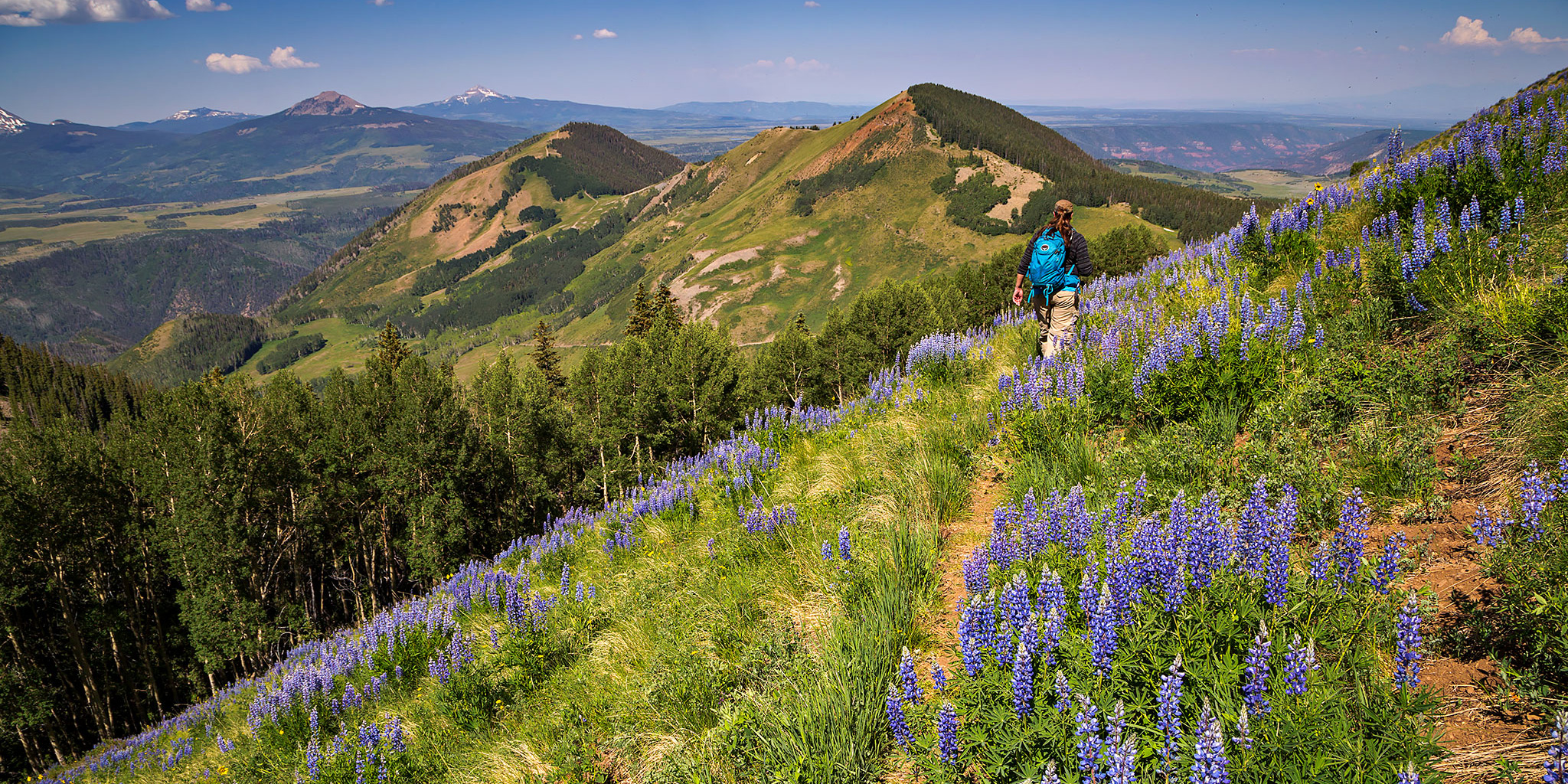 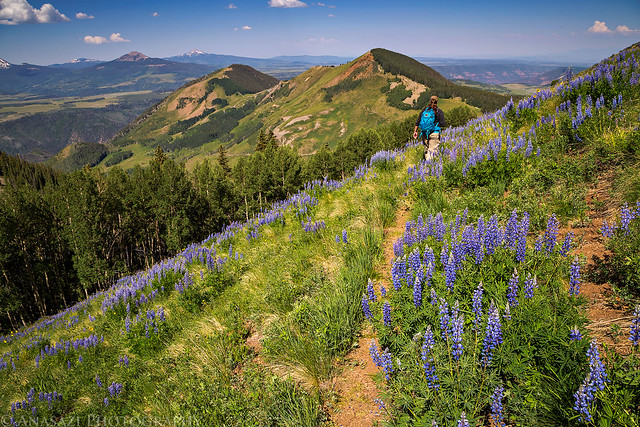 Diane hikes through a hillside of lupine as we descend the Whipple Mountain Trail.

The trailhead is signed along the Last Dollar Road. 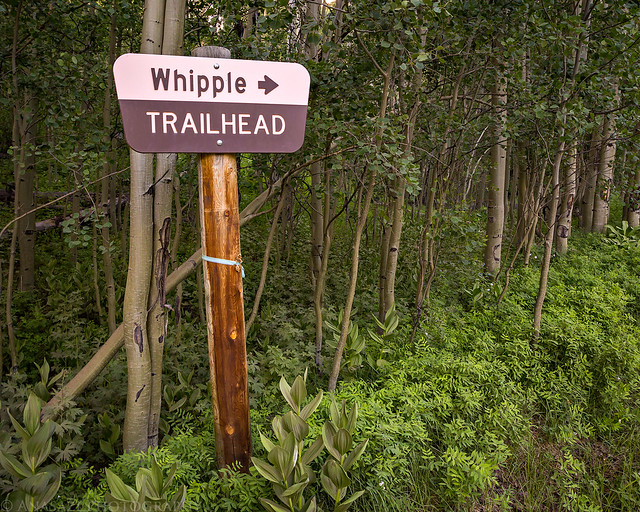 The lupine were abundant along the beginning portion of the trail. 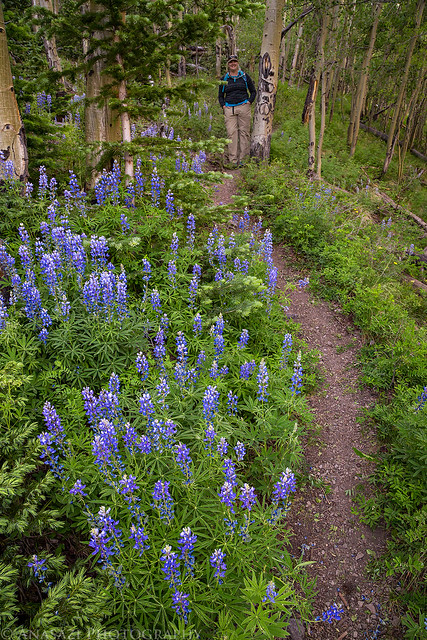 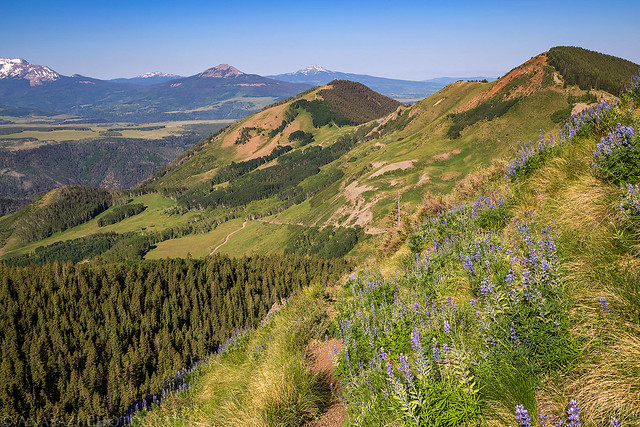 There were plenty of other wildflowers found along the trail besides lupine, like these columbines. 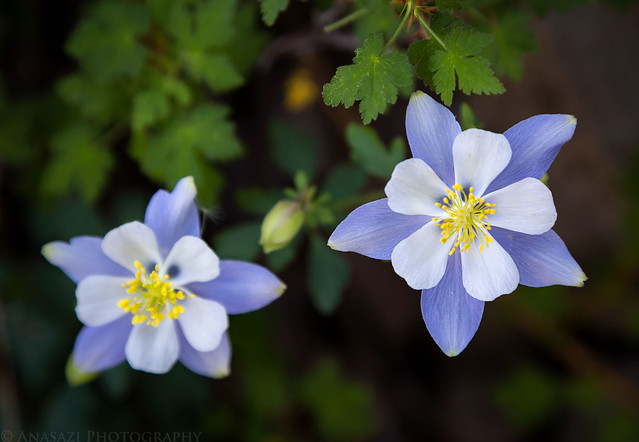 The view across to Last Dollar Mountain, our next destination of the day. 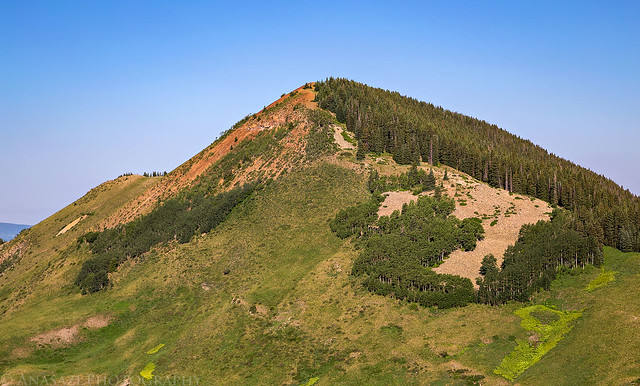 When the sun came up over the mountain to our east, the bugs came out. You can really see them flying around above Diane in this photo. 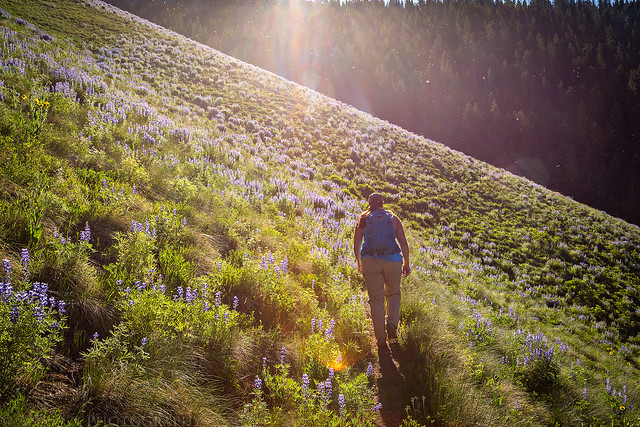 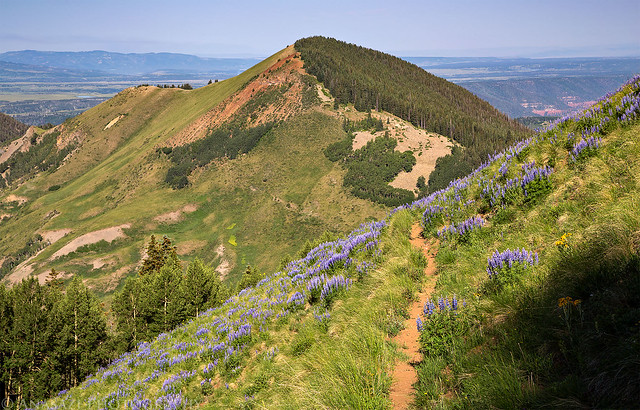 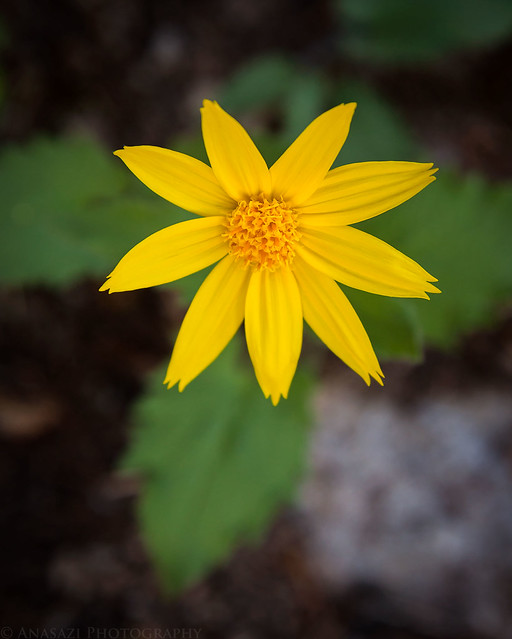 Eventually we reached the saddle between Whipple Mountain and PT 12311 (“S10”), which is also the boundary for the Mount Sneffels Wilderness Area. From here we turned off the main trail and followed a faint trail through the forest and to the summit of Whipple Mountain. It was pretty easy going aside from some deadfall along the way, but the mosquitoes in this section were pretty bad!

Welcome to the Mount Sneffels Wilderness. 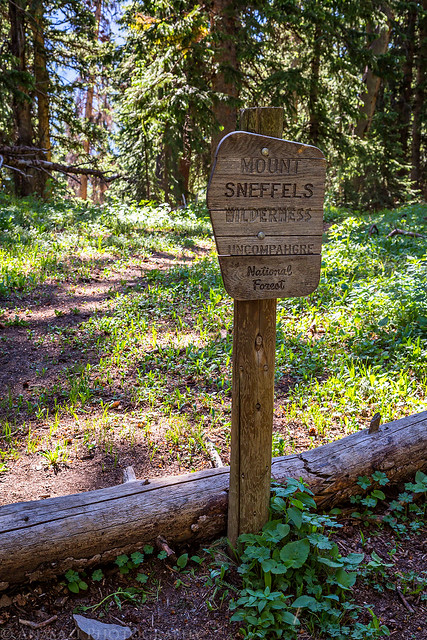 This backlit leaf caught my attention shortly after leaving the main trail. 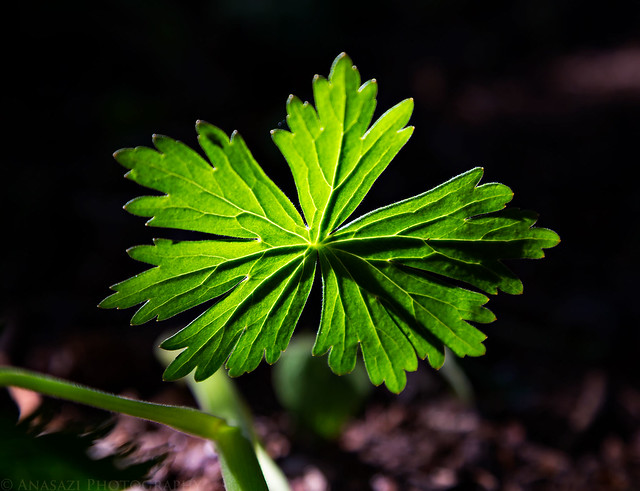 A panoramic view from the summit of Whipple Mountain toward the Wilson Group and Dolores Peak (13,290).

Looking to the north towards PT 12311 and Hayden Peak (12,987). There were a few patches of snow left on the north side of the summit. 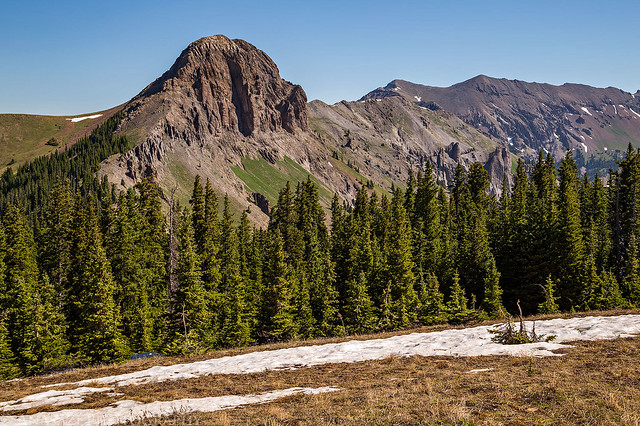 Diane heads back down the trail with great views all around. 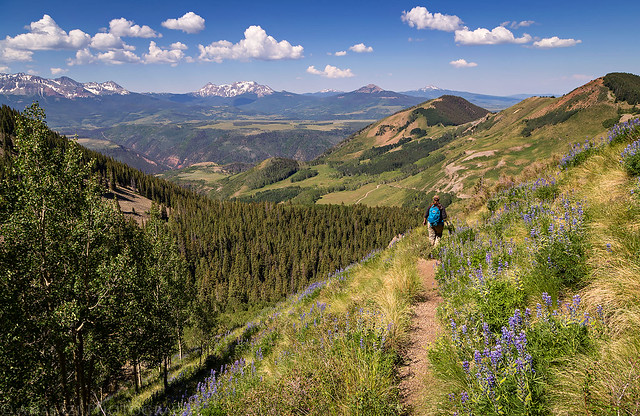 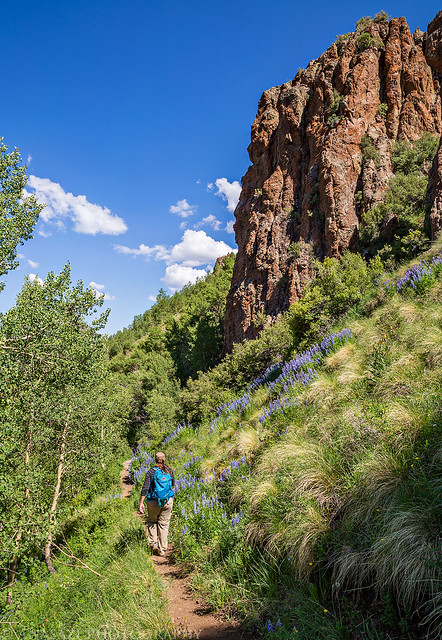 When we returned to the Jeep we drove back up to the pass where we ate lunch and then went on one more short hike to the summit of Last Dollar Mountain (11,140). We started out by following a narrow road that left near the pass and went by a few campsites before turning into a steep trail through the forest which led to the ridge near the summit. It was a short but steep hike without much of a view until we got on top of the ridge. From the end of the trail it was an easy walk along the ridge to the highest point.

View from the ridge to the summit of Last Dollar Mountain with Gray Head below. 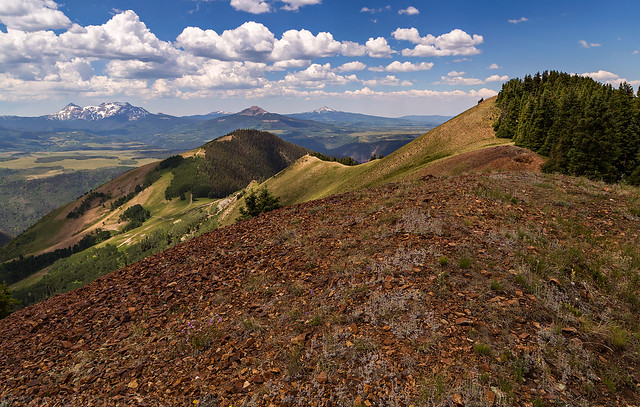 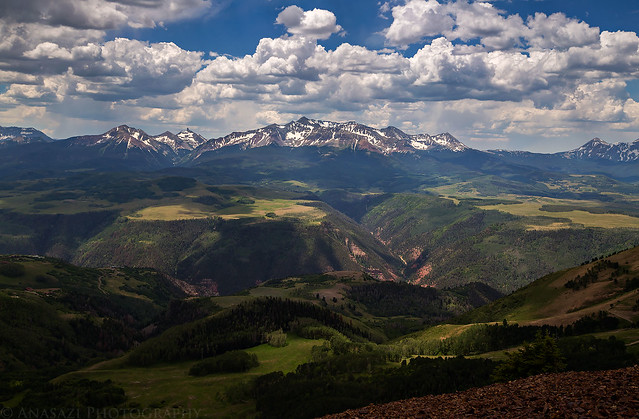 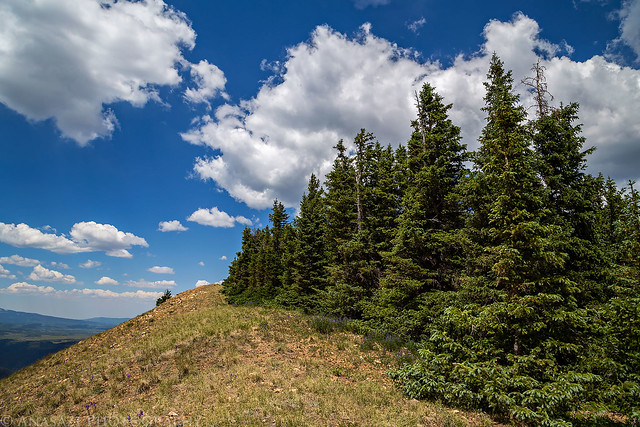 Little Cone and Lone Cone to the west from the top. There was some smoke from wildfires in Utah in the air, so the views were a little hazy all morning. 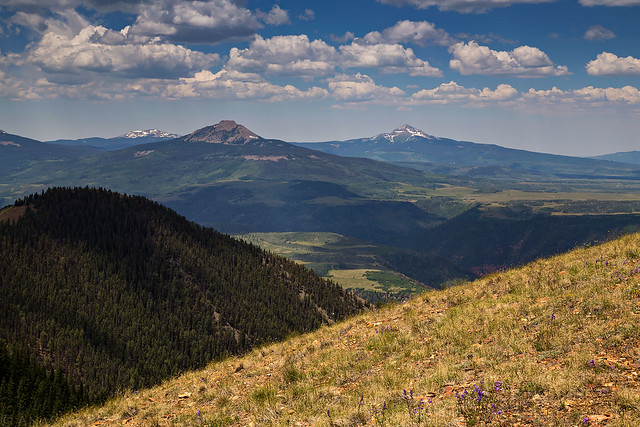 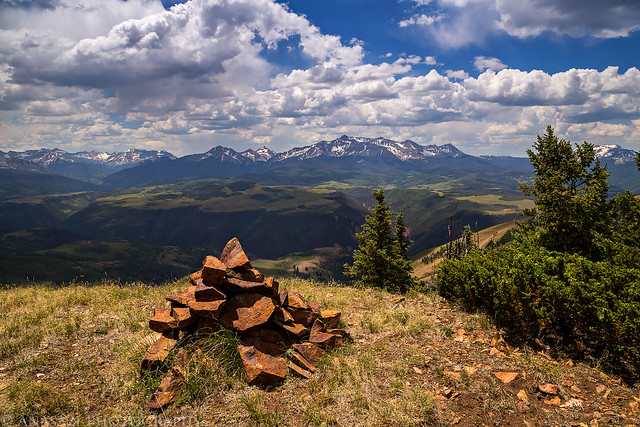 Hiking back down along the ridge with a nice view of Whipple Mountain on the right. 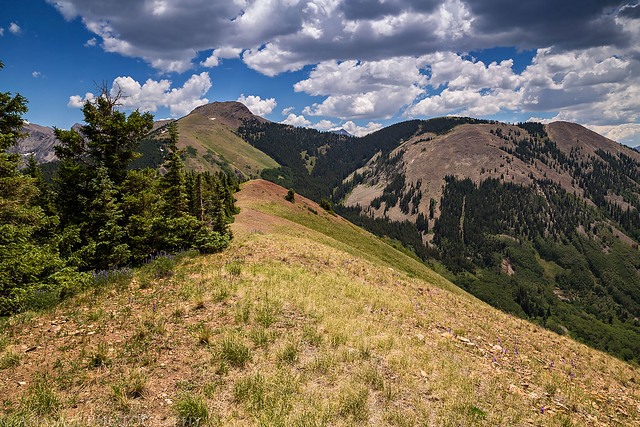 After returning to the pass we explored a few of the nearby roads in my Jeep before driving back down Last Dollar Road toward Telluride and then back home. 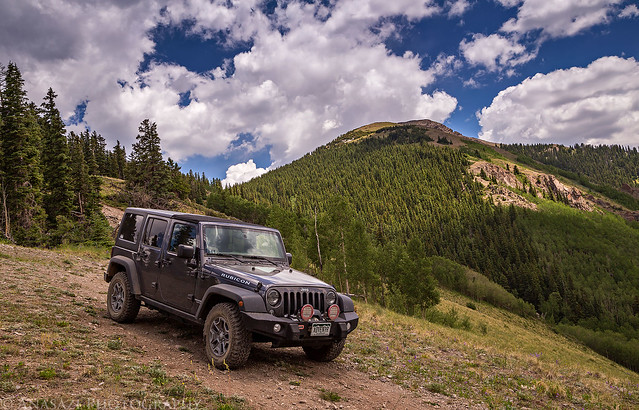 Nice dappled light to the Lizard Head Wilderness as afternoon storm clouds moved into the area. 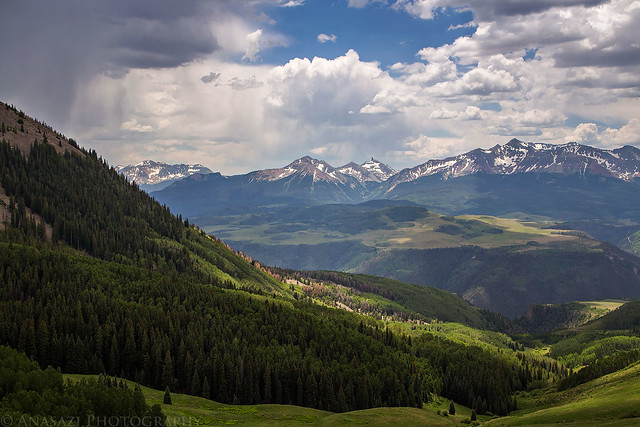 Below are the GPS tracks for both of our hikes if you would like to check them out for yourself.