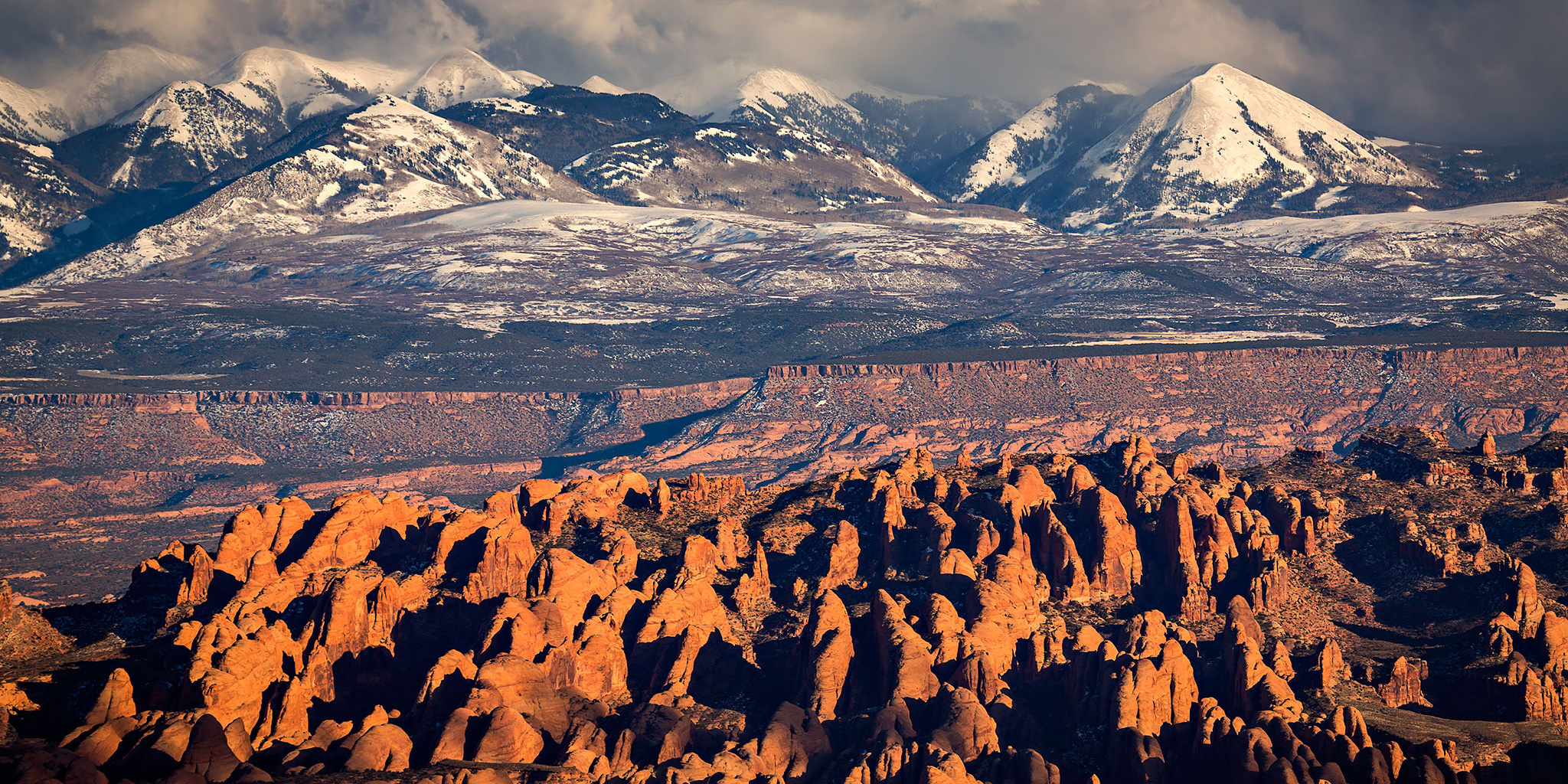 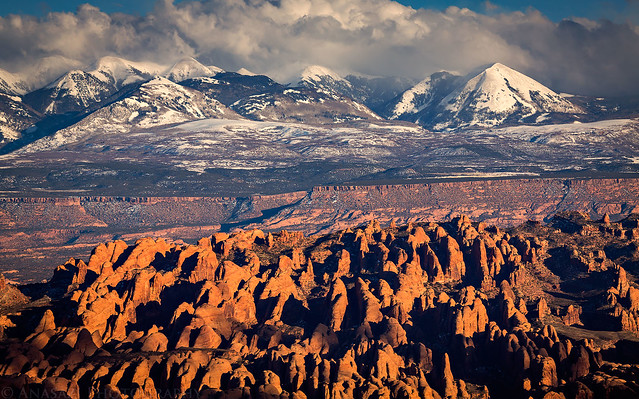 Warm evening light makes the fins of the Behind the Rocks area glow below the La Sal Mountains.

As we were driving through Utah on I-70 along the base of the Book Cliffs, I could tell that there was going to be a nice sunrise this morning. I quickly got off at the Sulphur exit to take a few photos before the light was gone. There wasn’t much to see from this exit, but I did the best I could.

My Jeep on a snow-covered road during the best colors of the sunrise. 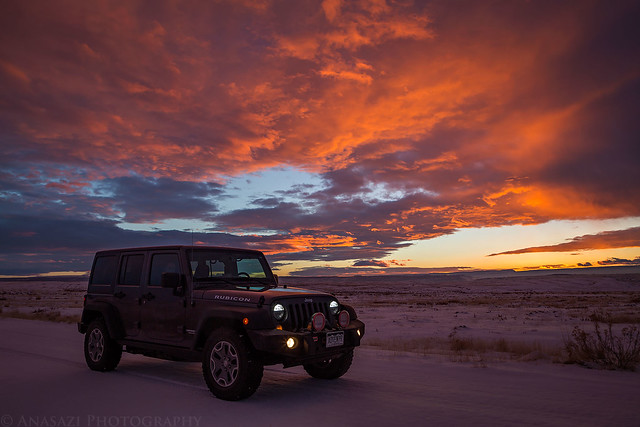 As we continued down the side road we passed a large group of pronghorn. 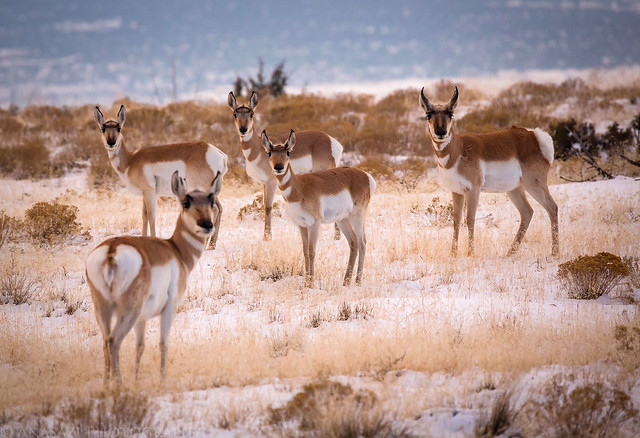 A little light across the Grand Valley on the Book Cliffs. 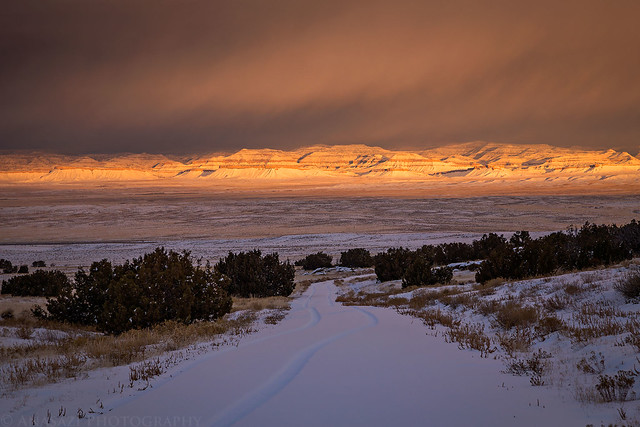 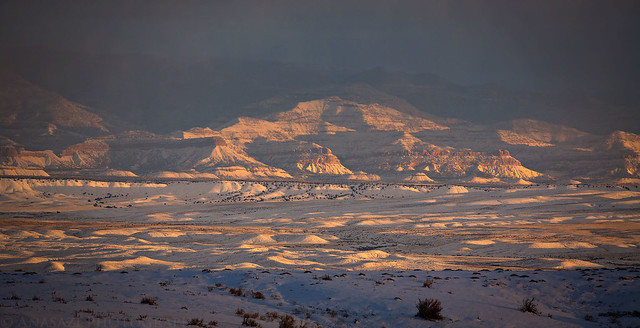 Tracks in the fresh snow when the color in the sky was gone. 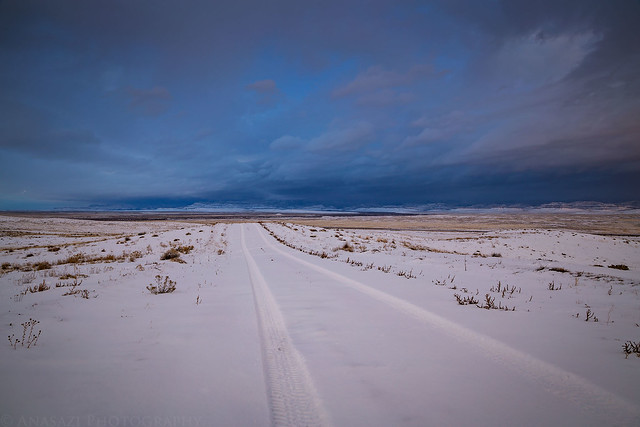 I stopped to show Diane the intricate Intestine Man pictographs. 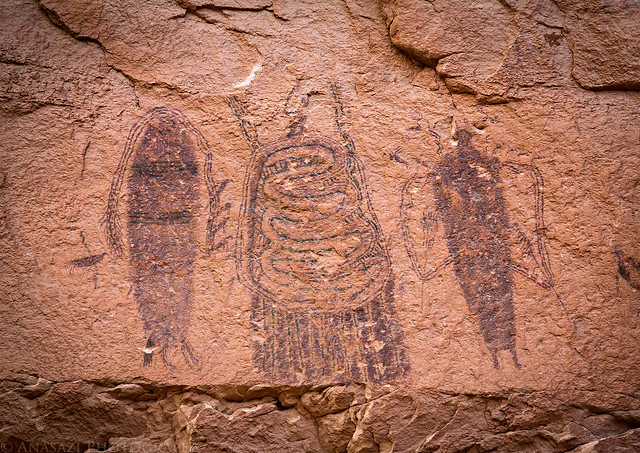 Since Diane had never been to the Island in the Sky before, we had to make the short hike out to Mesa Arch first. 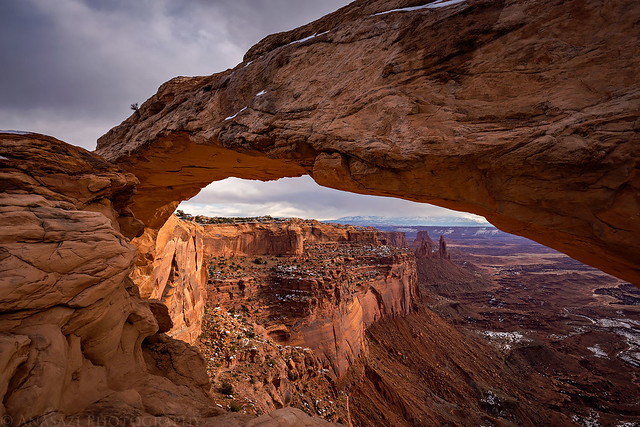 We visited the ruins on Aztec Butte. 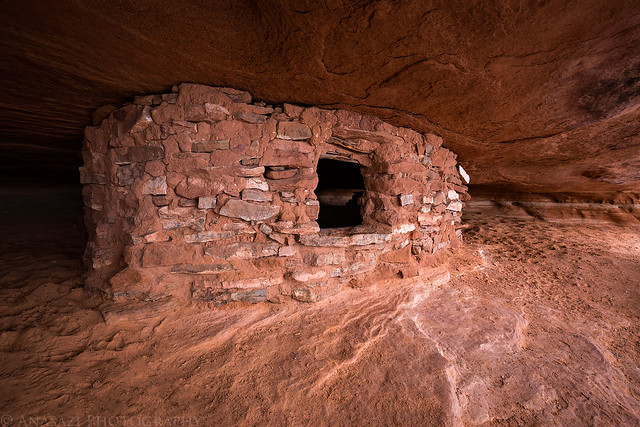 A nice view from the Buck Canyon Overlook. 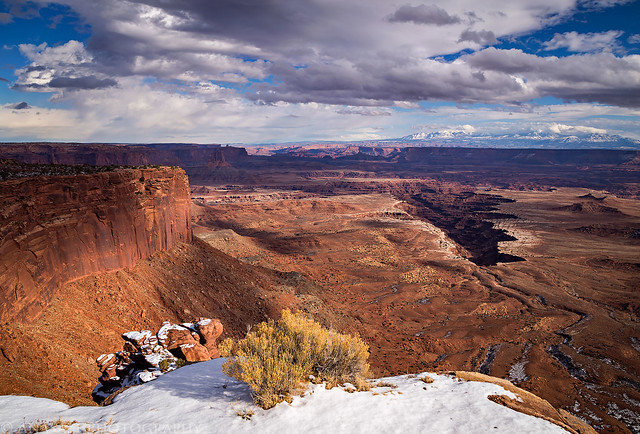 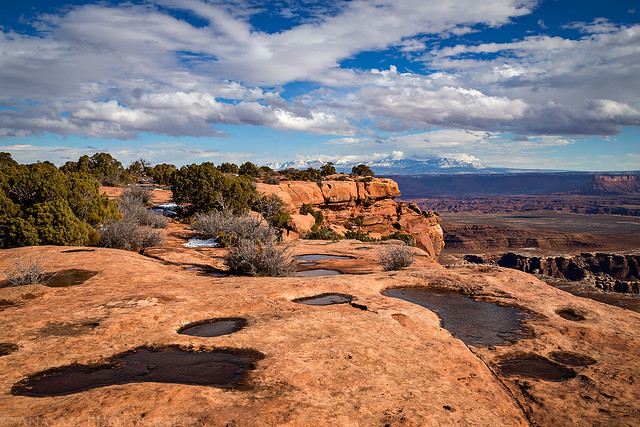 I had never been out to the White Rim Overlook, so we hiked out to the end. 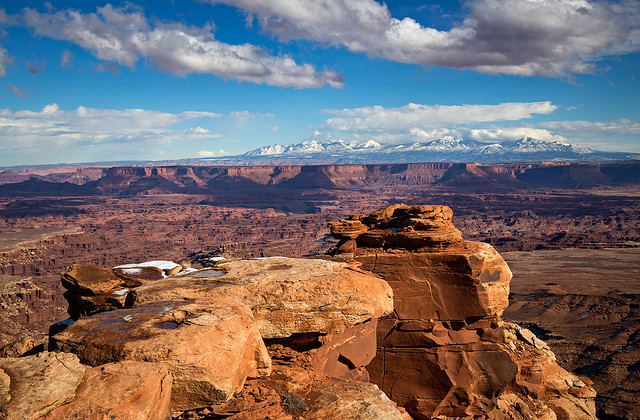 A view of Whale Rock behind the sandstone point on the left as we took the Crater View Trail to an overlook of Upheaval Dome. 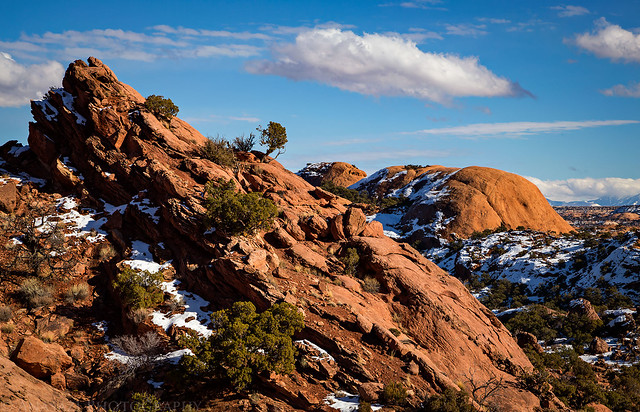 It was very windy and busy at the Upheaval Dome overlooks this afternoon. 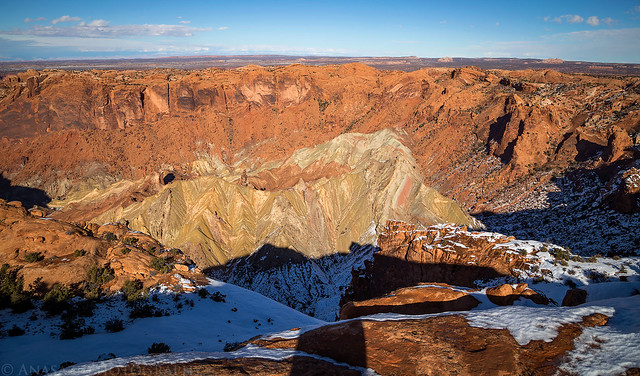 We did have the Green River Overlook to ourselves for a little while. 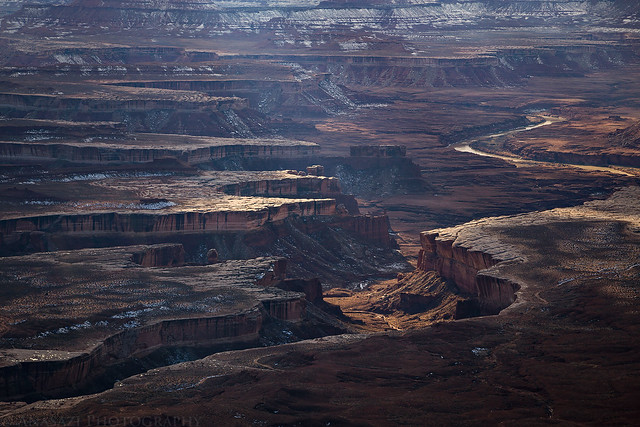 Turks Head in the light next to the Green River. 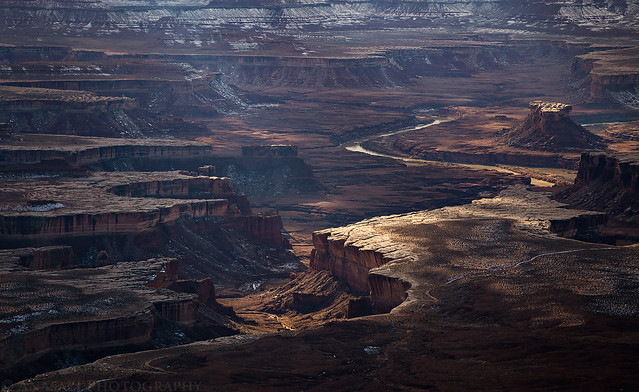 After leaving Canyonlands we took Long Canyon Road out to the rim of Long Canyon for a view of the La Sal Mountains over the sandstone fins that make up the Behind the Rocks area. 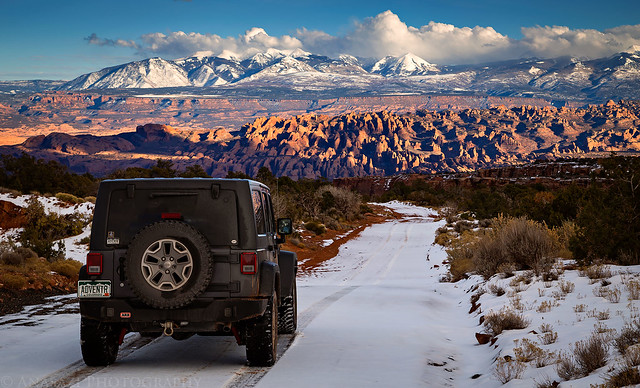 It was a great view to end the day with before we headed back into town and had our Christmas Eve dinner at Pasta Jays.

>> Island in the Sky Photo Gallery