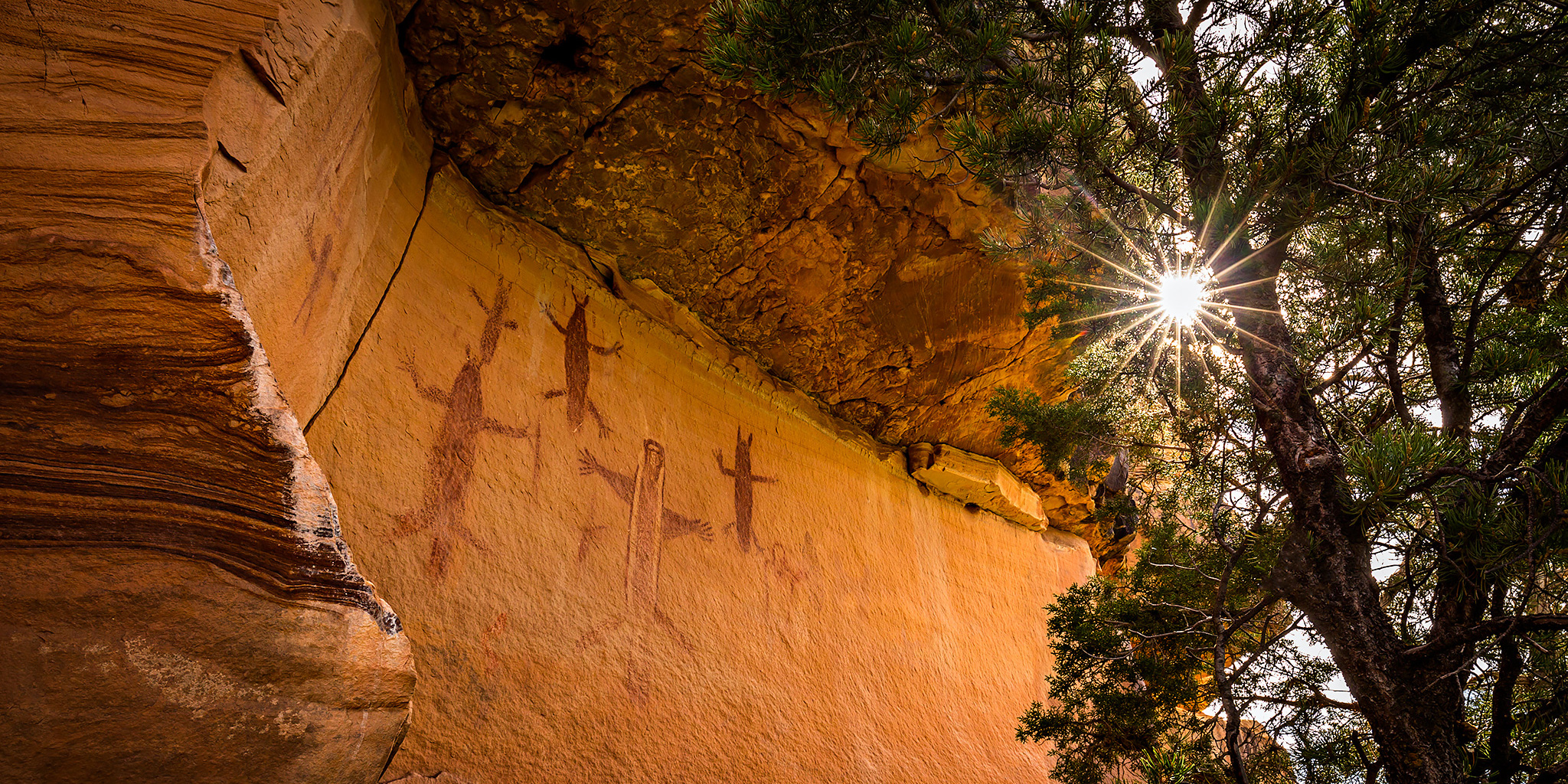 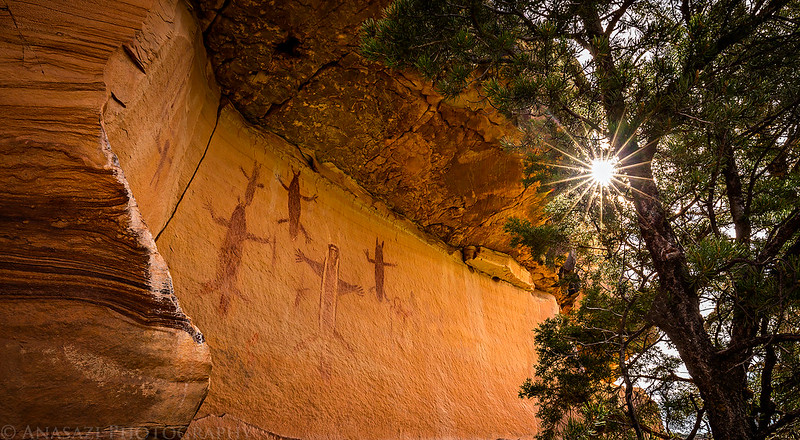 The highlight of this short trip was visiting the Ute Beaver Pictograph Panel.

While I originally had no plans for this weekend (besides working on my Jeep and maybe going on a local hike), Marty and I made last minute plans to spend a couple of hours on Sunday morning visiting a few rock art sites on the Dolores Triangle that he recently came across, and I was looking forward to checking them out. We met up at the Tabeguache Trailhead a little before 7:00am and then drove up through the Colorado National Monument and Glade Park until we reached the Colorado-Utah state line.

Rain was falling on us sporadically during our drive to the border, but we didn’t encounter any heavy rain. We were a little worried about the wet conditions because the roads we needed to take might have been impassable if they were too wet. Luckily, we missed any heavy rain and the sky even started to clear up a little when we entered Utah and the roads turned out to be just fine.

Rain falling over part of the Grand Valley in the distance. 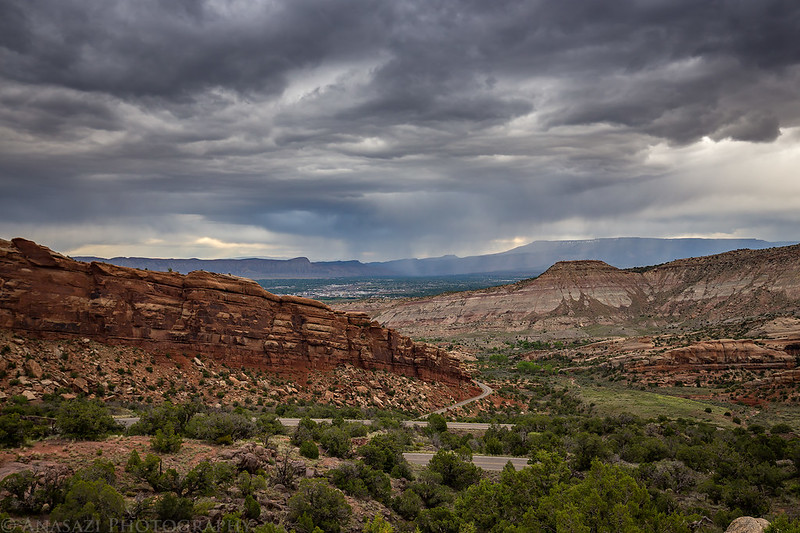 A beautiful view across the Dolores Triangle after the clouds started to clear a little. 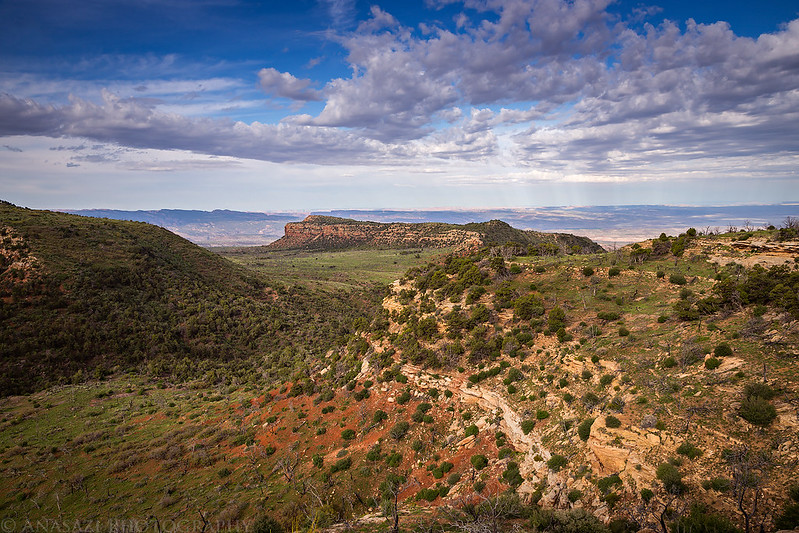 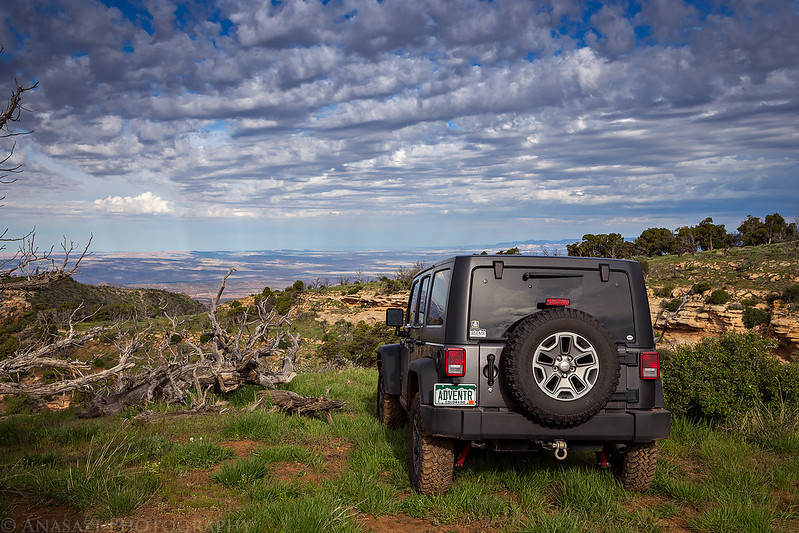 Exploring bands of cliffs for any signs of rock art. 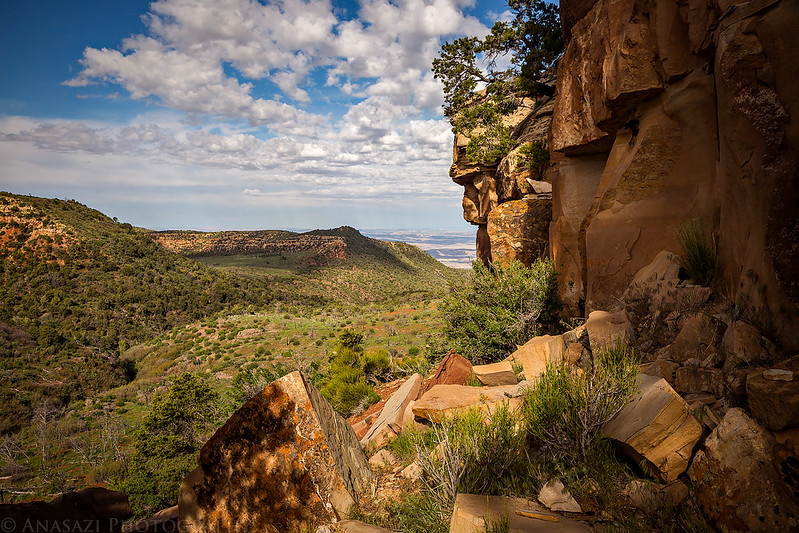 A well-preserved panel of Ute pictographs. 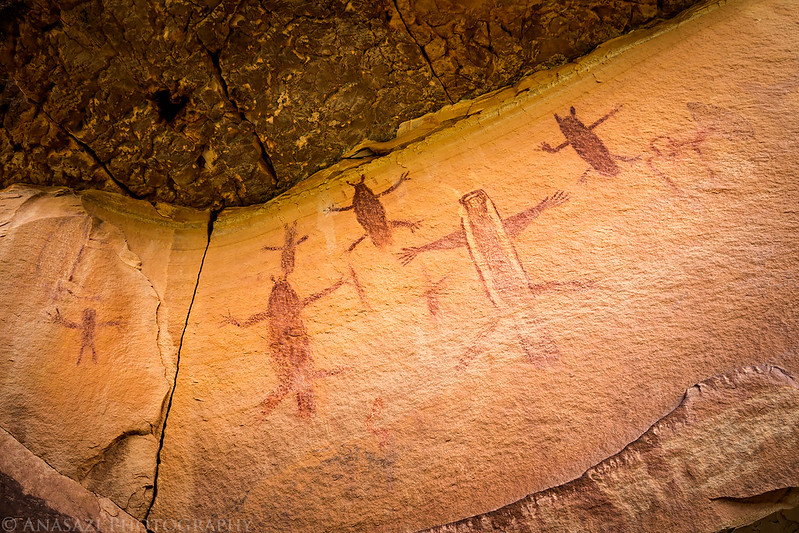 I’ve been told this figure might represent ‘Grandfather Beaver’ which is a sacred animal to the Ute. 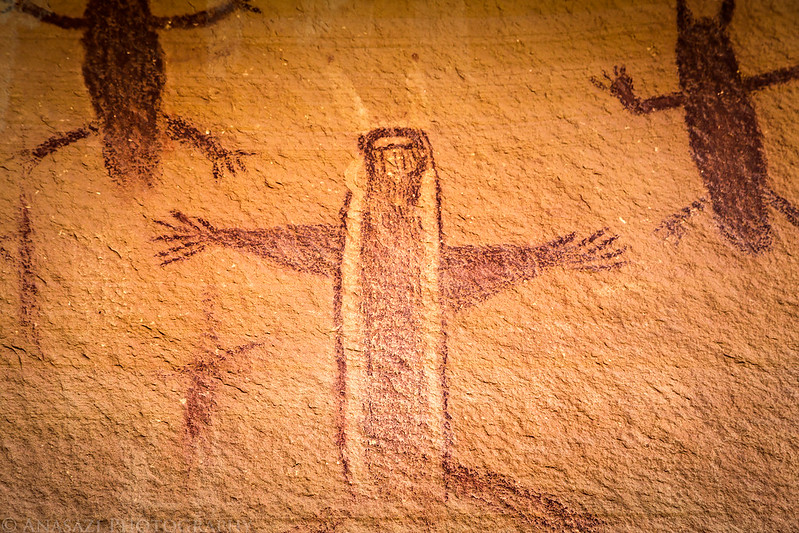 Driving across the top of a high mesa. 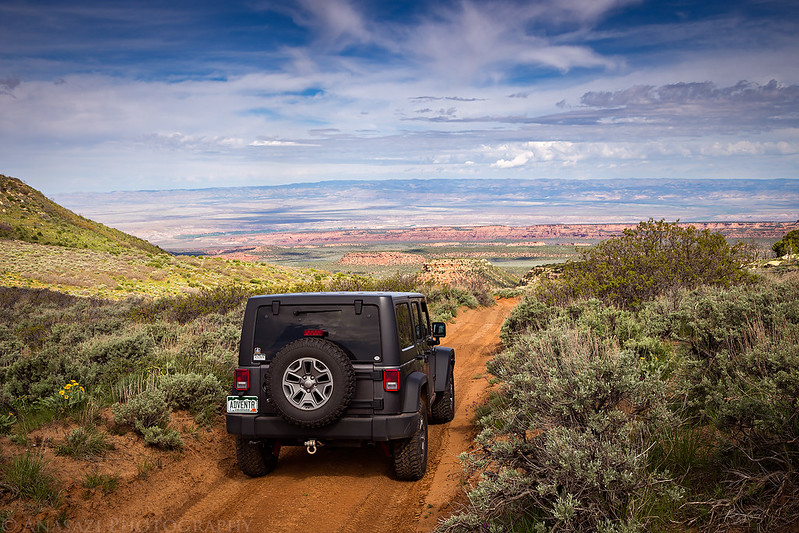 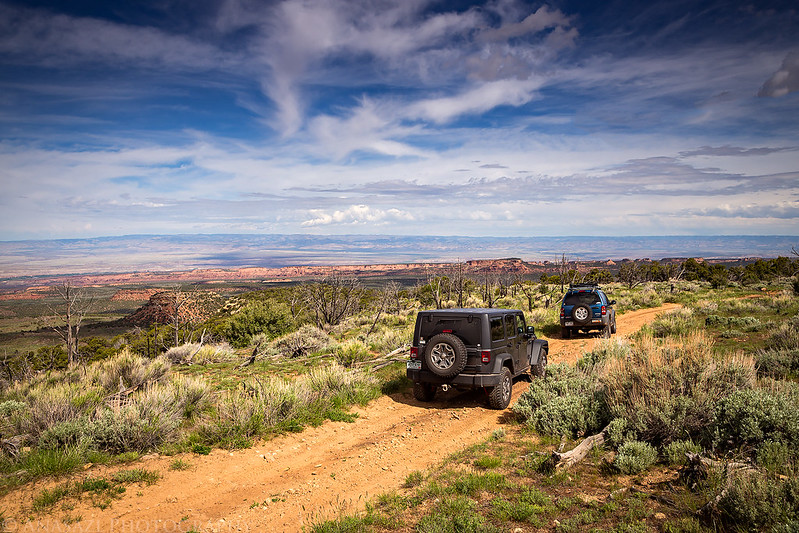 The road was lined in places with many different kinds of wildflowers. 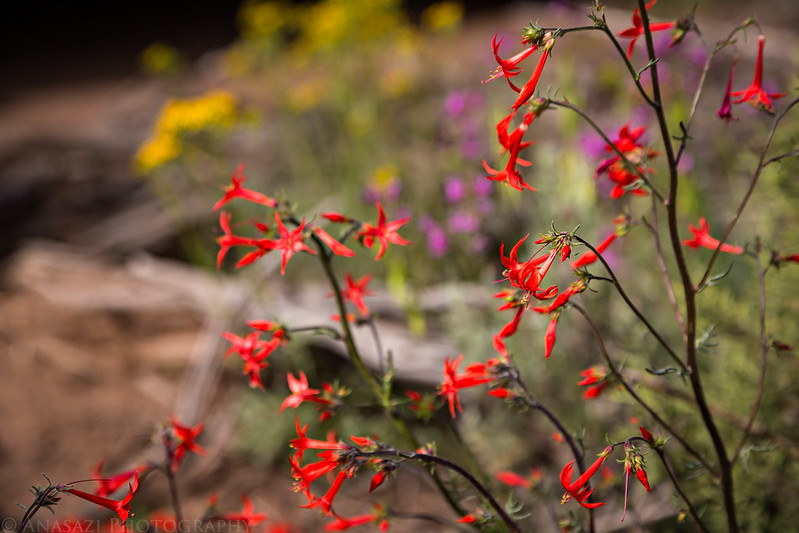 Starting the descent down the switchbacks from the top of the mesa. 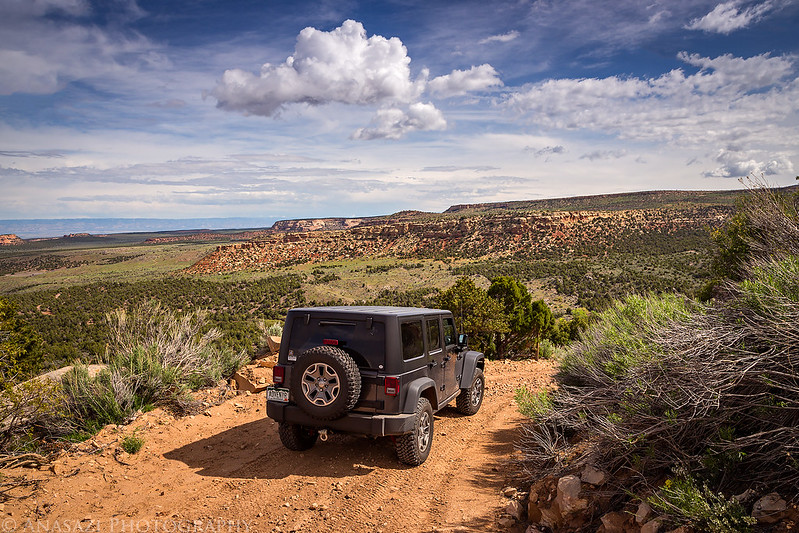 We also visited a panel of petroglyphs before we headed back home. 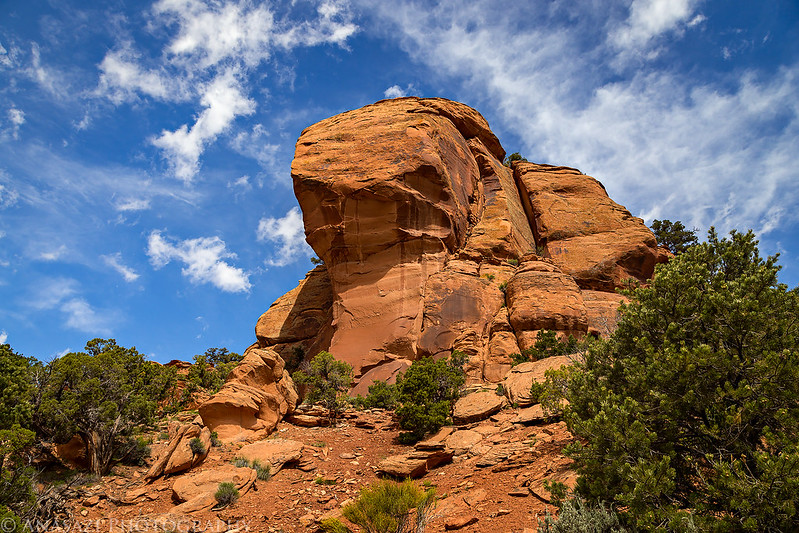 Unfortunately, this panel was highly vandalized with plenty of graffiti. I did notice that none of the graffiti was dated later than the 1970’s. 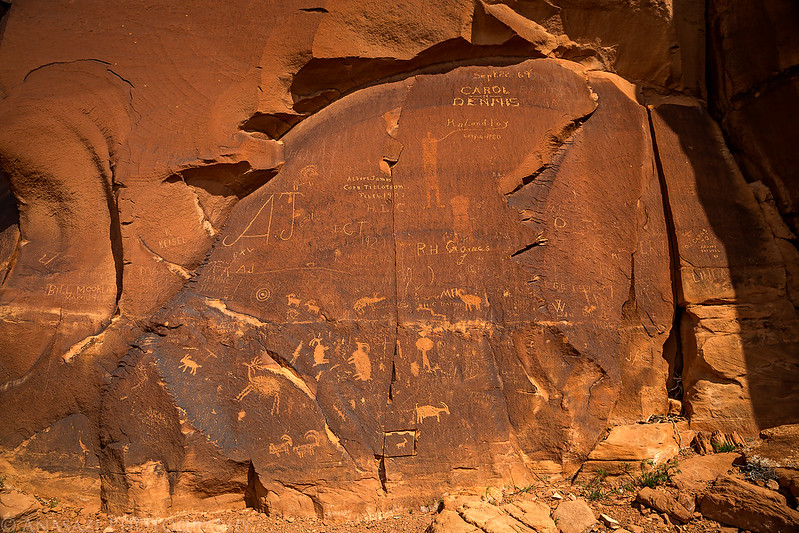 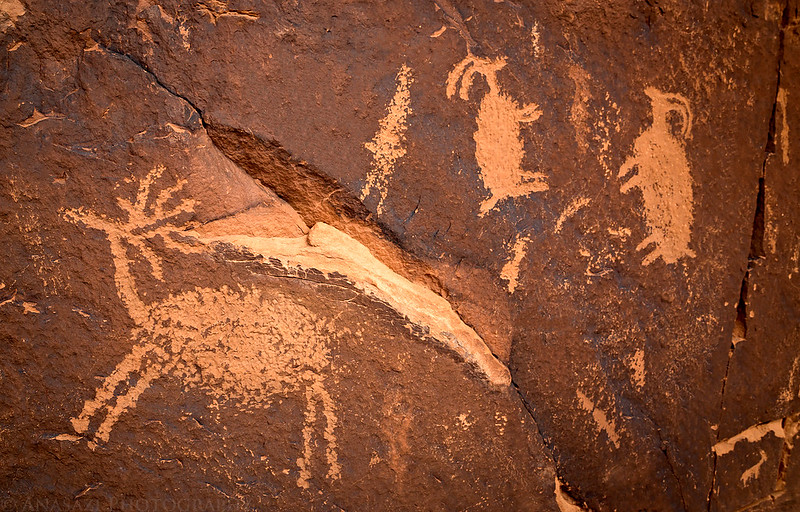 There were a few historical inscriptions found here, too, including this one from 1894 which was the oldest one I noticed. 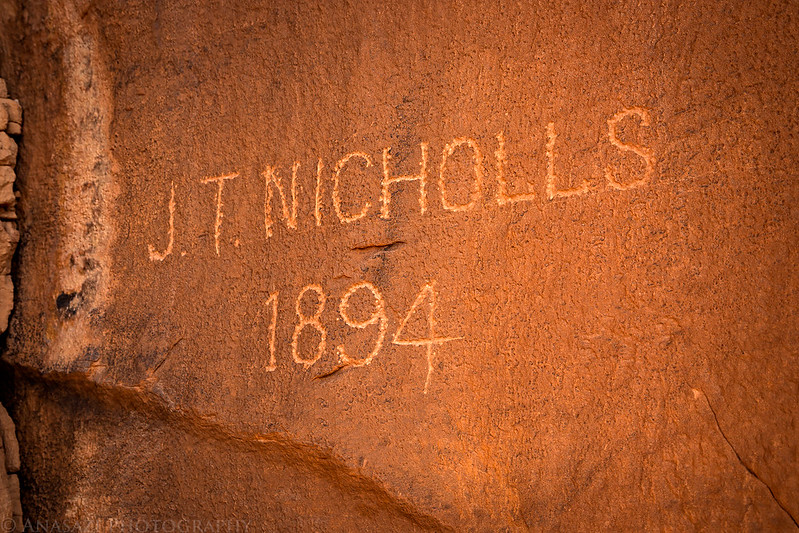 Looks like someone tried to steal this small petroglyph of a sheep. 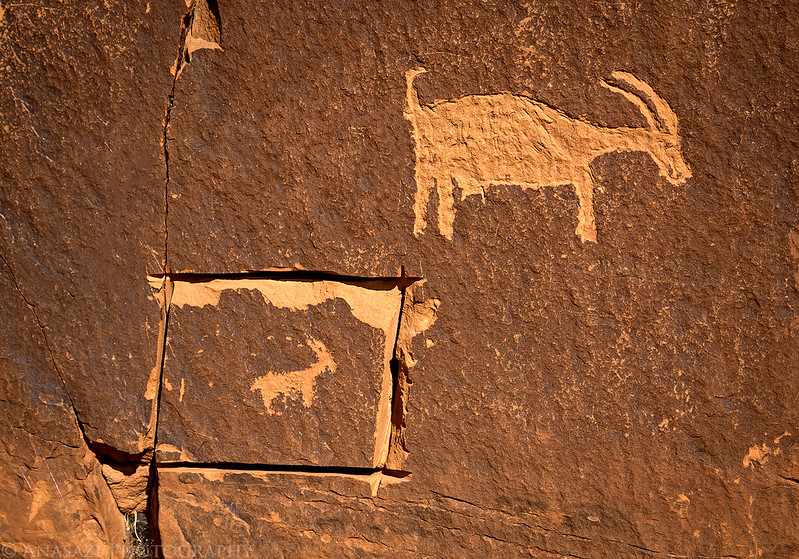 On our way back down from the panel Marty spotted this collared lizard. 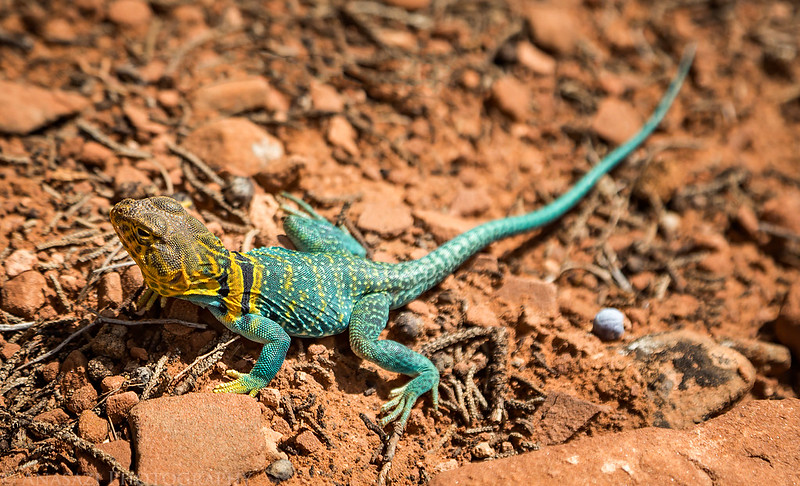 We took a little detour on the way back home and I was finally able to find the location of this petroglyph panel on Glade Park that I’ve been looking for. Pardon the terrible photo, as this was taken with my 400mm lens and then heavily cropped. 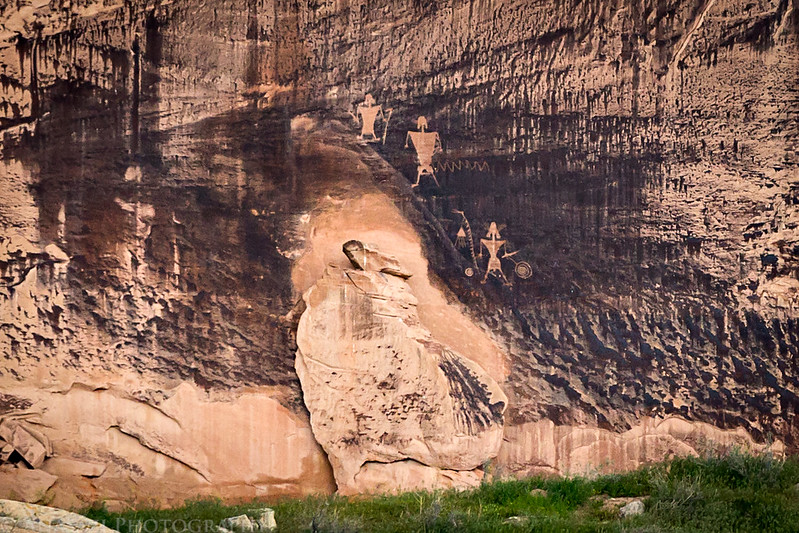 A view of another storm over the Grand Valley from Cold Shivers Point on my way back home. 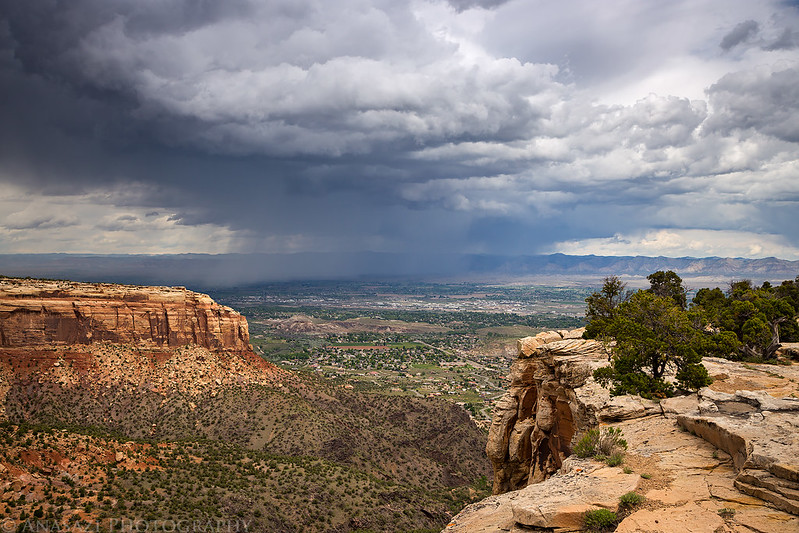