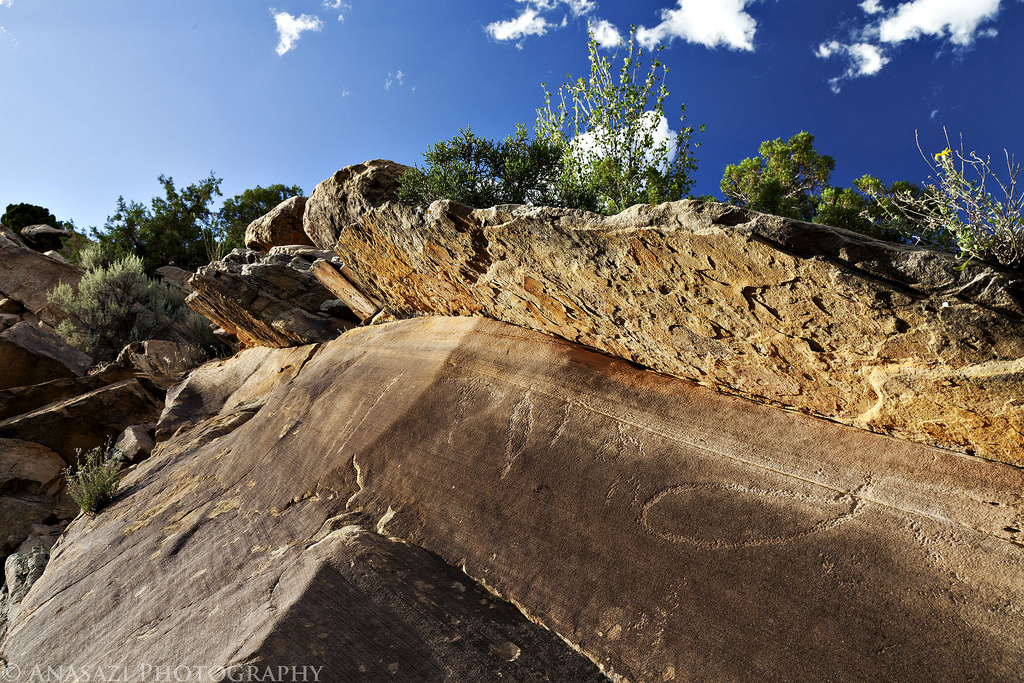 After I got out of work, I decided to head back over to the Colorado National Monument to search of some new petroglyphs I had read about. I only knew they were located in East Entrance Canyon and had no other specific information about their location, but I had a guess as to where they might be based on a photo I had found. It turns out that my guess was right and I found them in no time! Here’s a couple photos of the two small panels I found.

This is the larger of the two panels I found. It contains a few sheep petroglyphs along with some other faded figures. 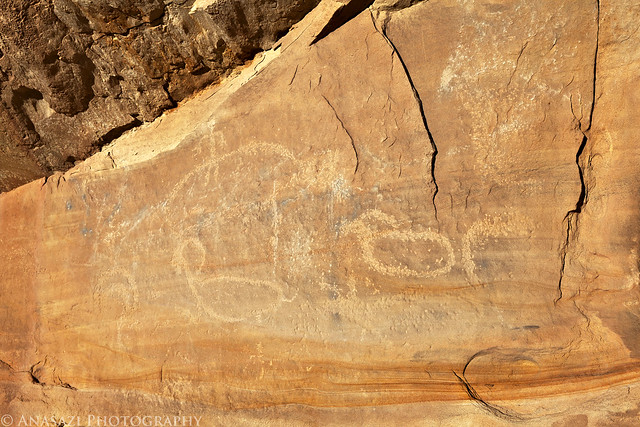 This smaller panel tucked under a thin ledge appears to have a sheep body that was not finished. 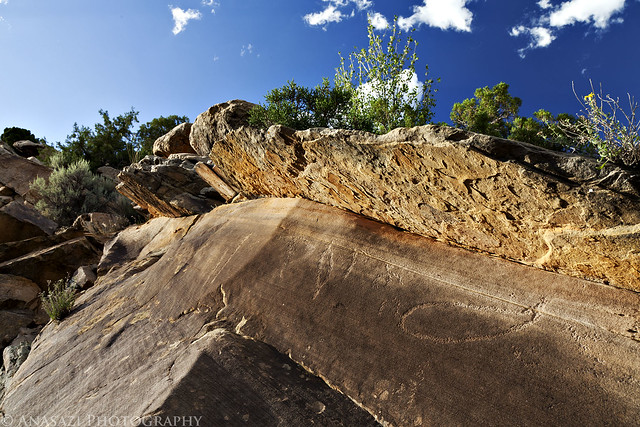 Before hiking back to my Jeep I decided to explore the area for it’s photographic potential. I found this area that interested me and took a quick photo. I’ll need to return one day for a better photo! 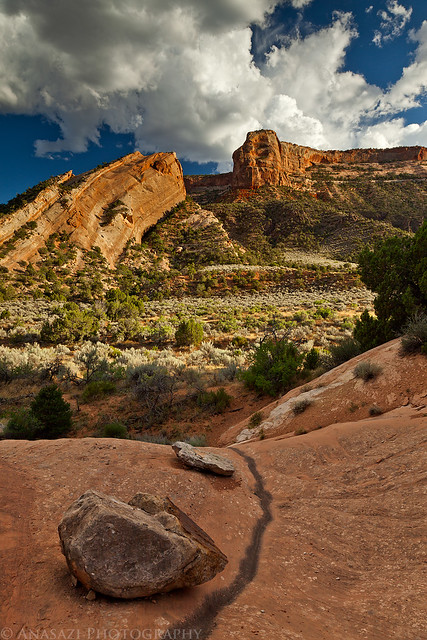