We set up camp after dark on Thursday night, so here’s a shot of my tent that I took in the morning. 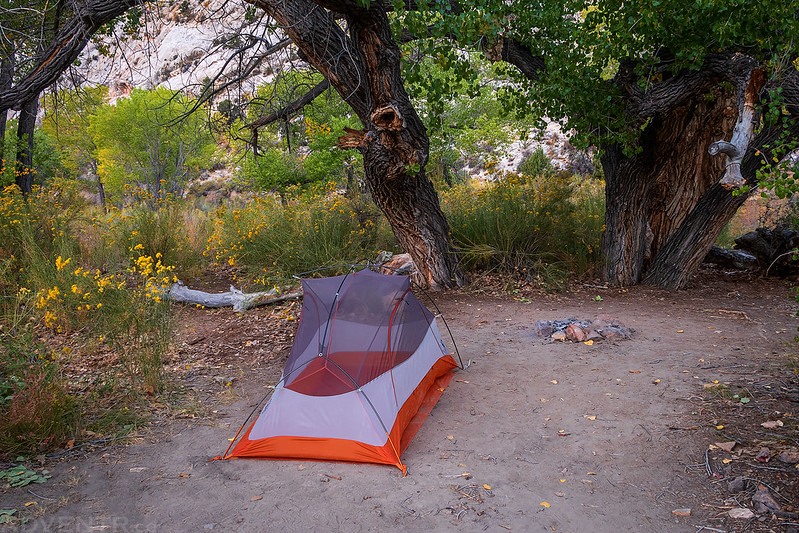 Everything I had read about Lower Hackberry Canyon said that it would be a pleasant hike through the water, so I made sure to wear the shoes that I had been using on all the water hikes this week so far. Unfortunately, when we started hiking up the canyon there wasn’t a drop of water to be found! What we found instead was a pretty unpleasant hike through very soft and deep sand. This sand slog would end up making this my least favorite hike of the entire week, but at least the scenery was nice…

Entering Lower Hackberry Canyon, which just so happens to be another section of the Hayduke Trail. 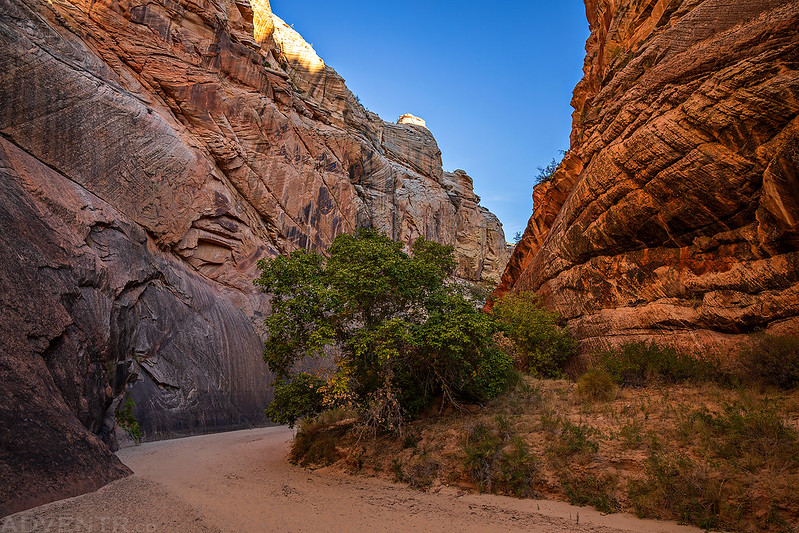 An unpleasant sand slog through the canyon. I would definitely not recommend this hike if the canyon is dry. 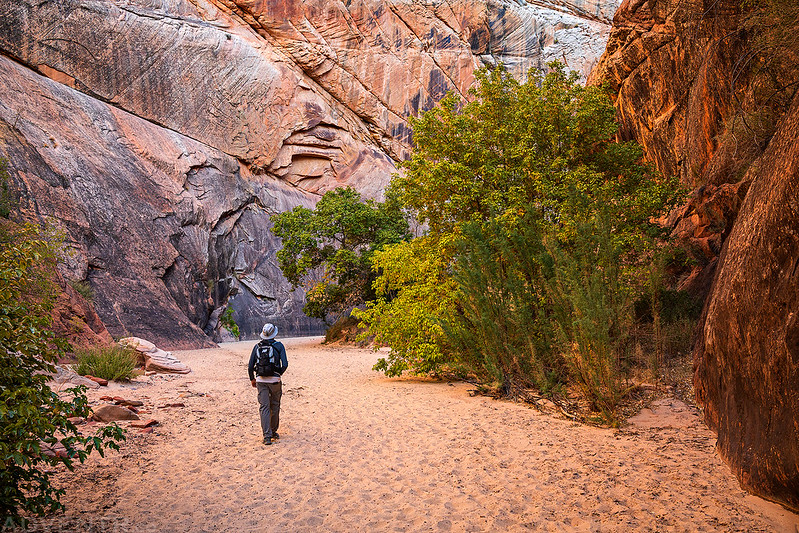 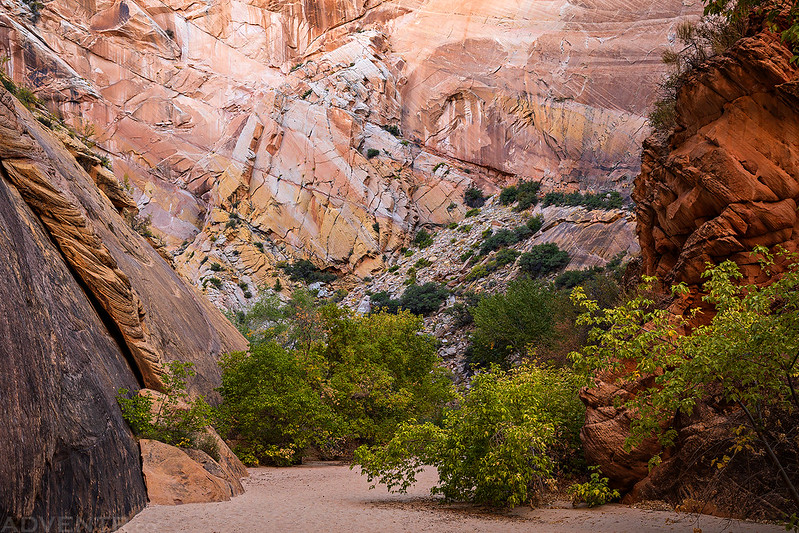 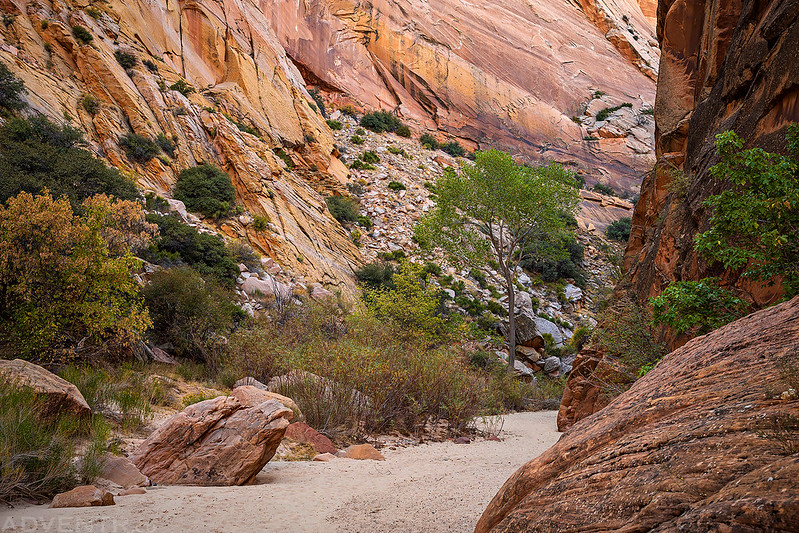 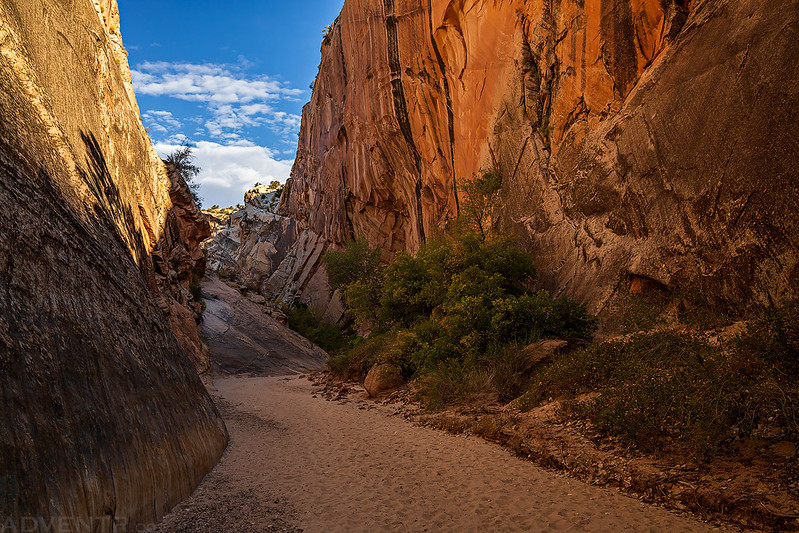 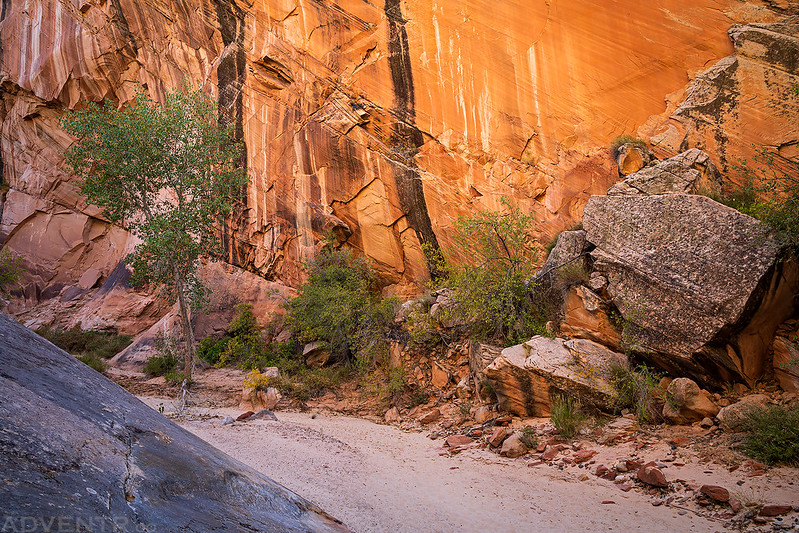 Hackberry Tower. I guess this is where most people turn around, but we decided to keep going so we could visit the Watson Canyon. 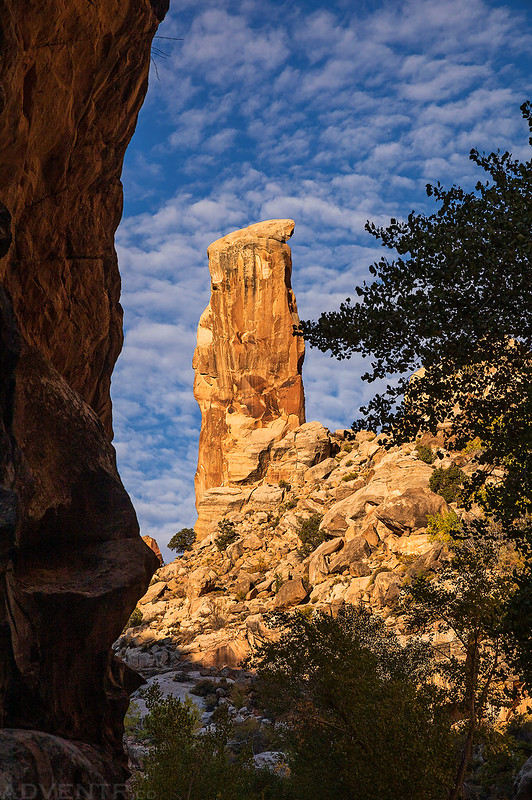 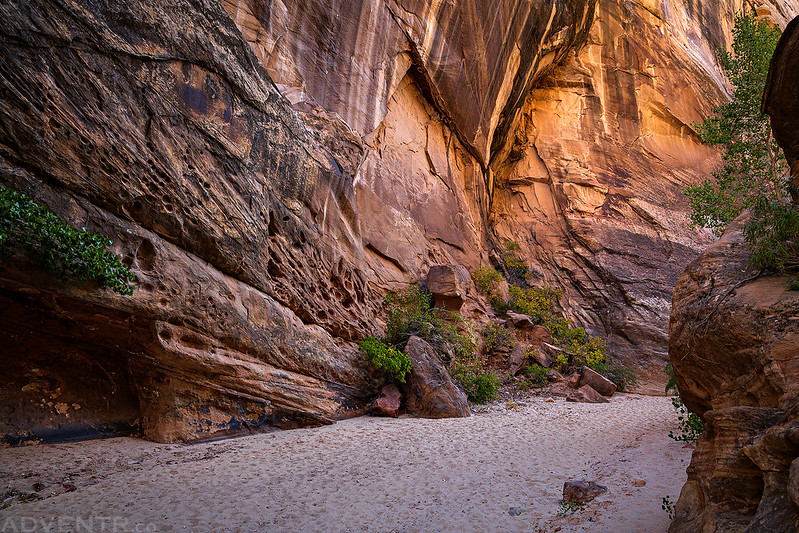 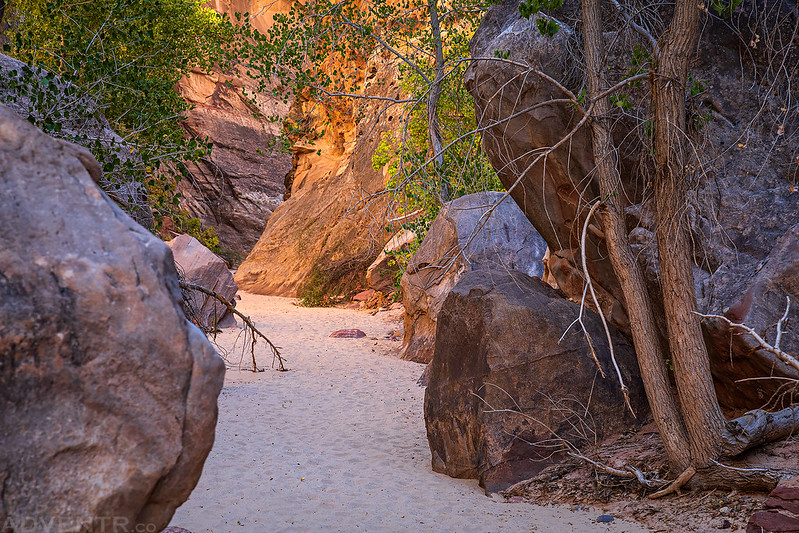 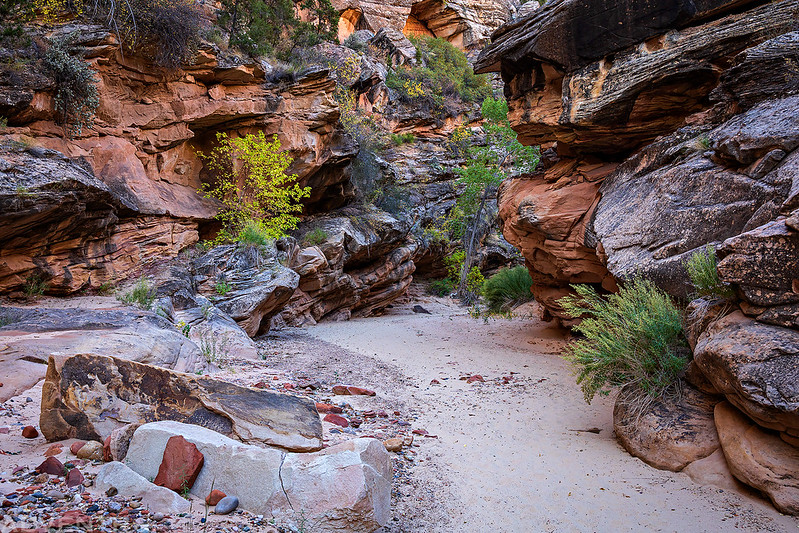 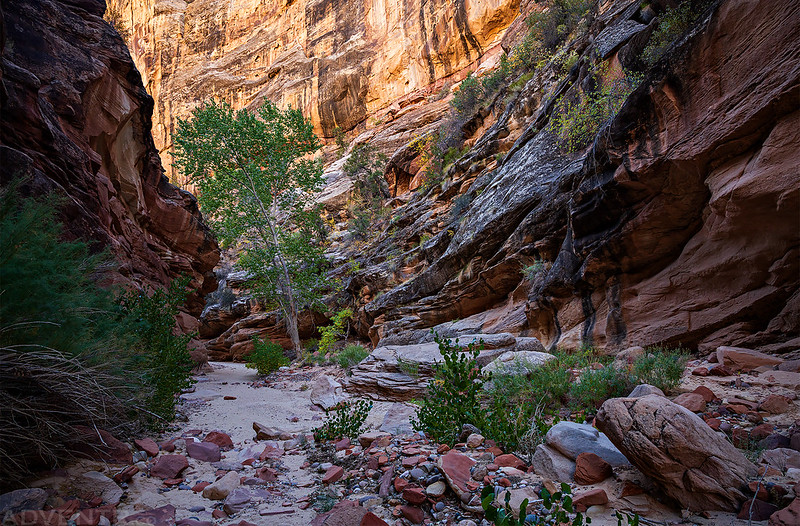 After the canyon started to open up we were able to find some trails outside of the main wash that were much nicer to hike on than the sand. As we got closer to the cabin there was even water flowing in the creek! 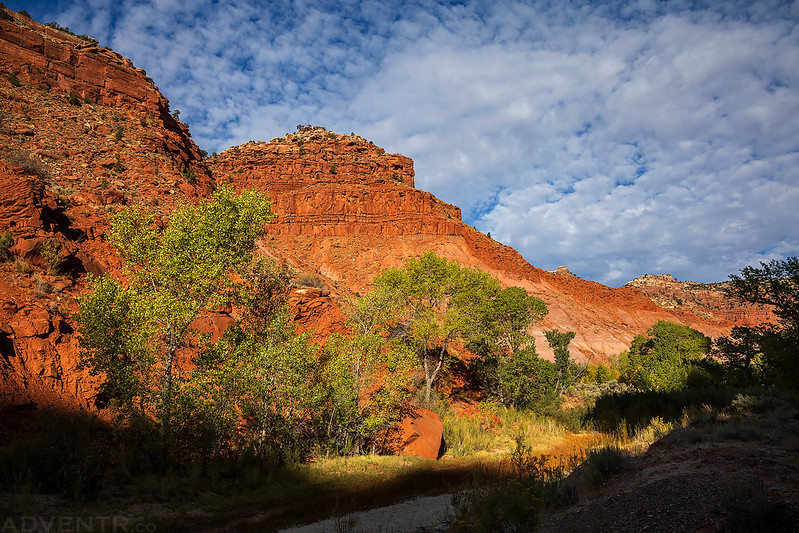 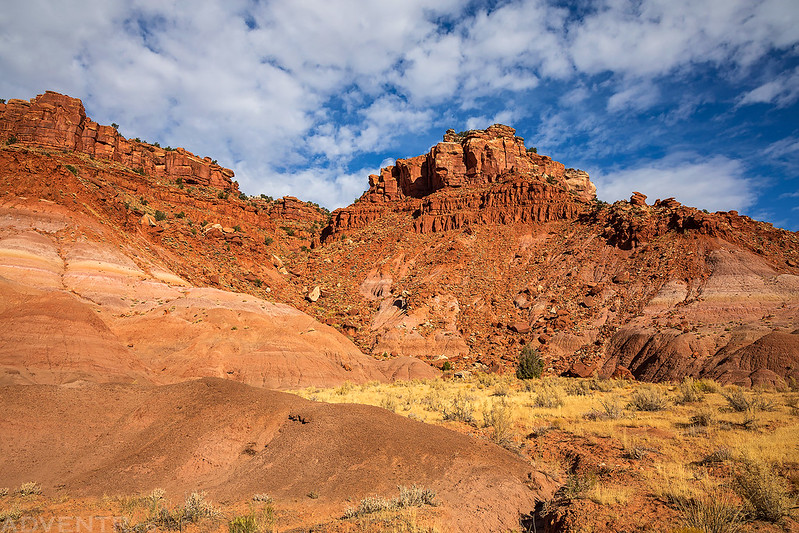 The Frank Watson Cabin was built around 1914 and is apparently the oldest structure still standing within the Grand Staircase – Escalante National Monument. 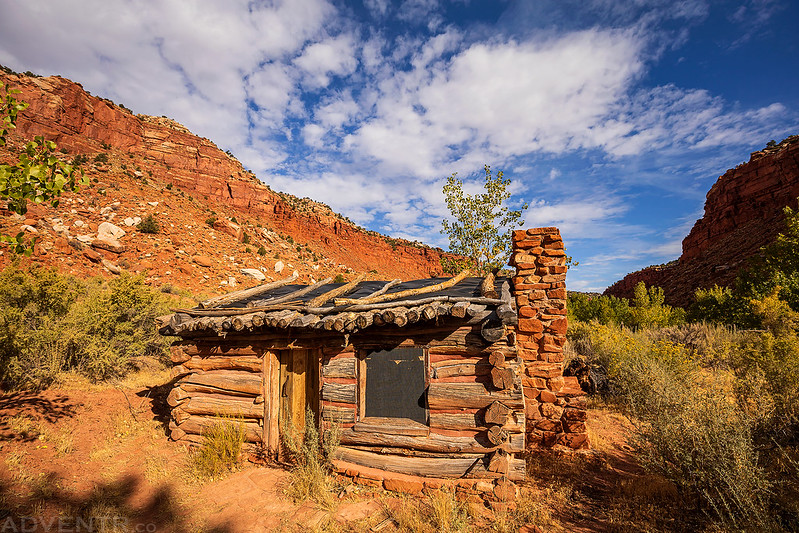 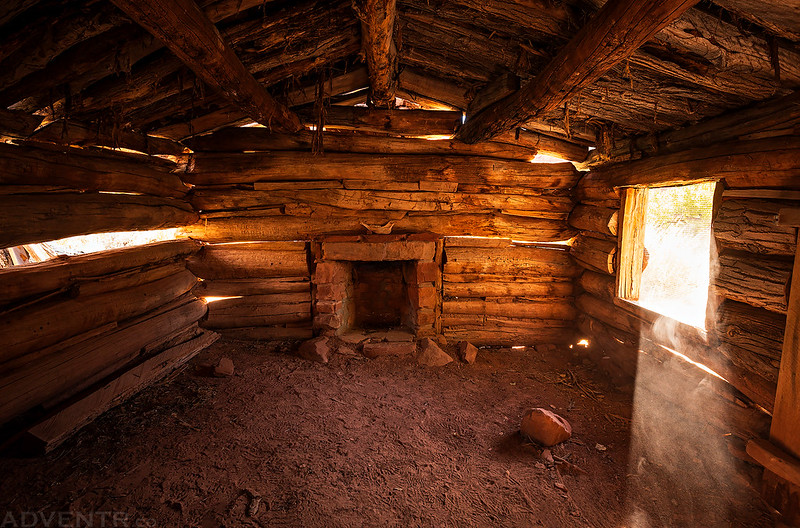 After leaving the cabin we climbed up a steep canyon into the Rush Beds in search of an alcove that contains a pictograph and ruin. 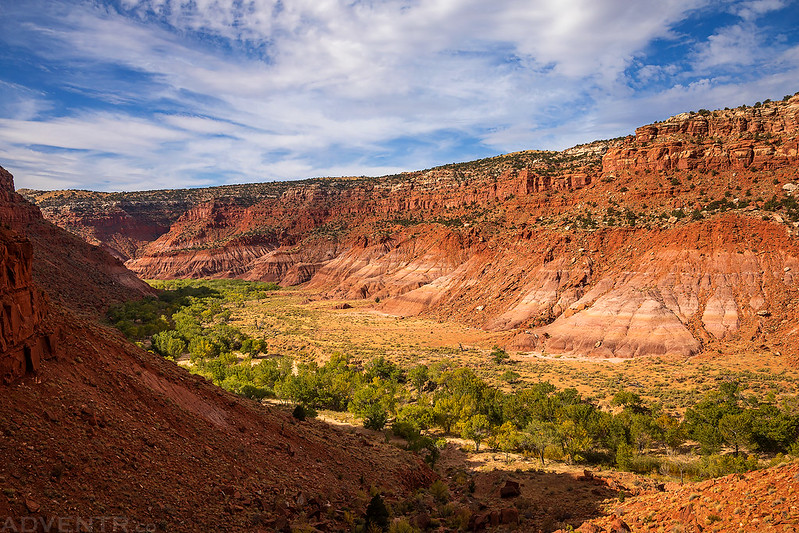 The alcove was trickier to find then we thought it would be, but just before giving up we managed to spot it! 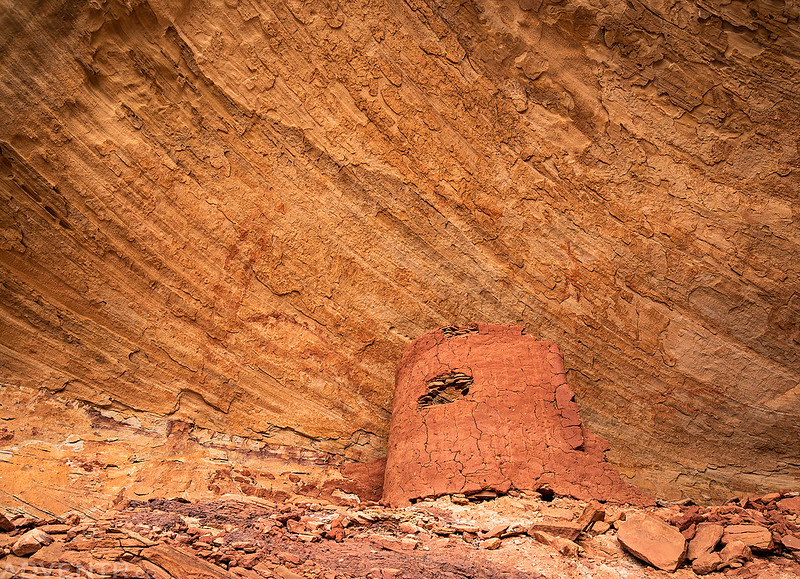 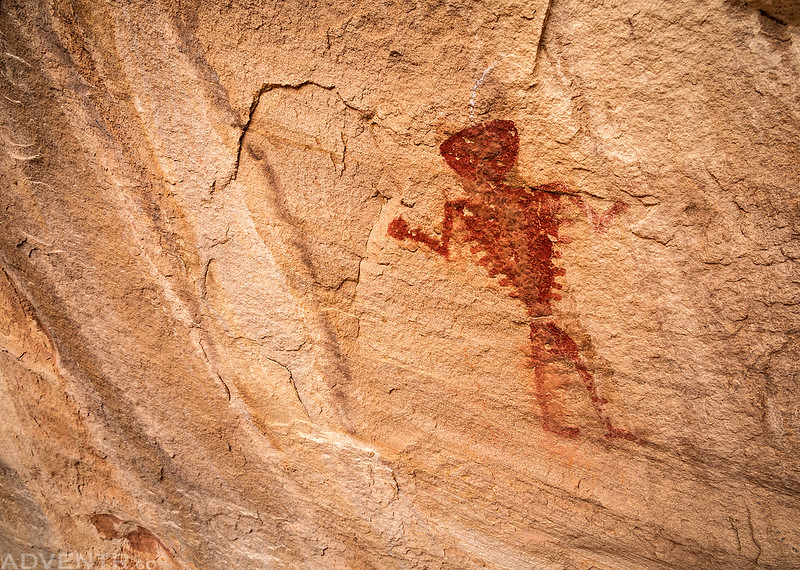 There were a few metates in the alcove. 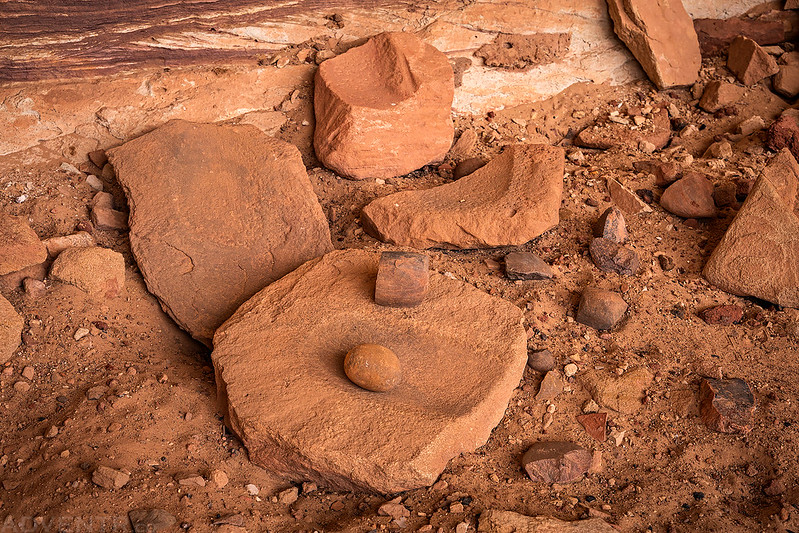 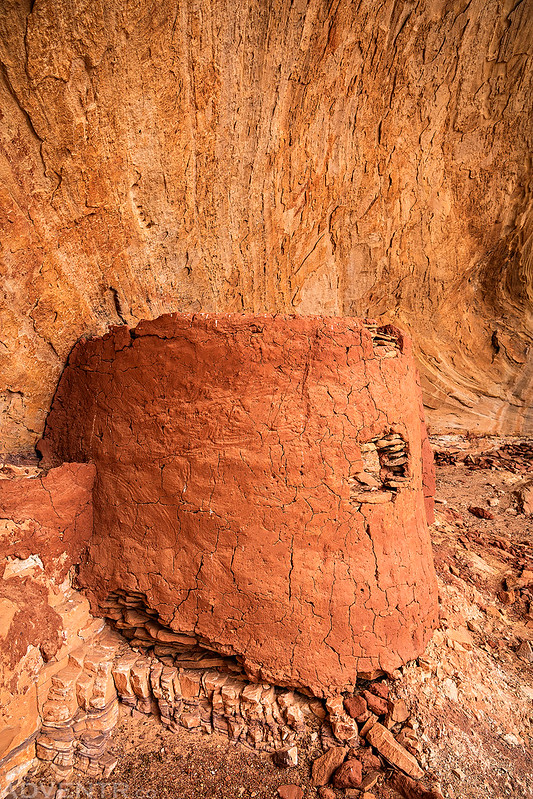 Earlier in the day we had considered hiking to Sam Pollock Arch, but after all the soft sand and scrambling around to find the Moki House, we were spent and ready to head back to the trailhead. We will have to come back another time for that.

Thankfully, while we were hiking back down from the Moki House the sky became a bit overcast, which helped keep it a little cooler out for our hike back, although the deep sand still sucked! As expected, we ran into a number of people hiking in the narrows on our way back with plenty of vehicles parked at the trailhead. We drove back to Tropic one last time so we could figure out what our plans for Saturday would be over dinner in town.