I left after work on Friday and headed over to Spring Creek Pass by way of the Blue Mesa Cutoff and Lake City. When I reached the pass I drove up the Continental Divide Trail a little ways and found a place to camp just before it started to rain. There was plenty of lightning and thunder around as I tried to go to sleep and it continued to rain on and off for much of the night.

There were storms all around as I took the Blue Mesa Cutoff toward Lake City. 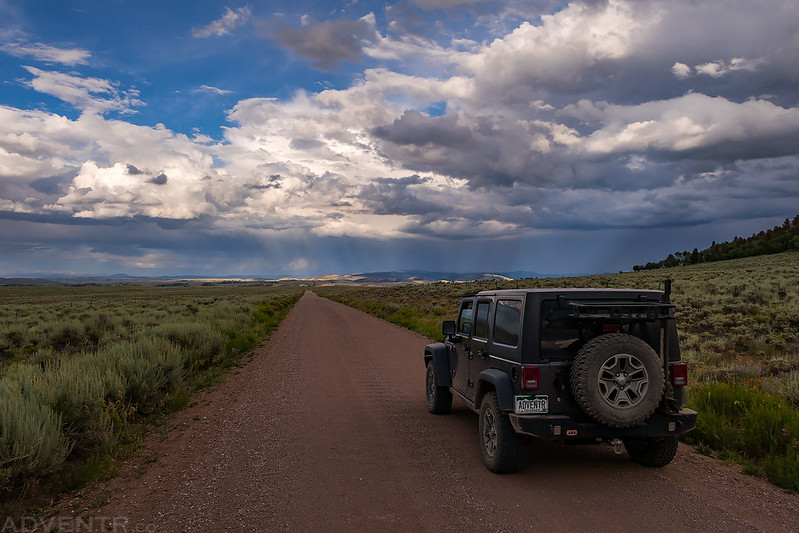 Nice clouds in the sky as I drove across Willow Creek Mesa. 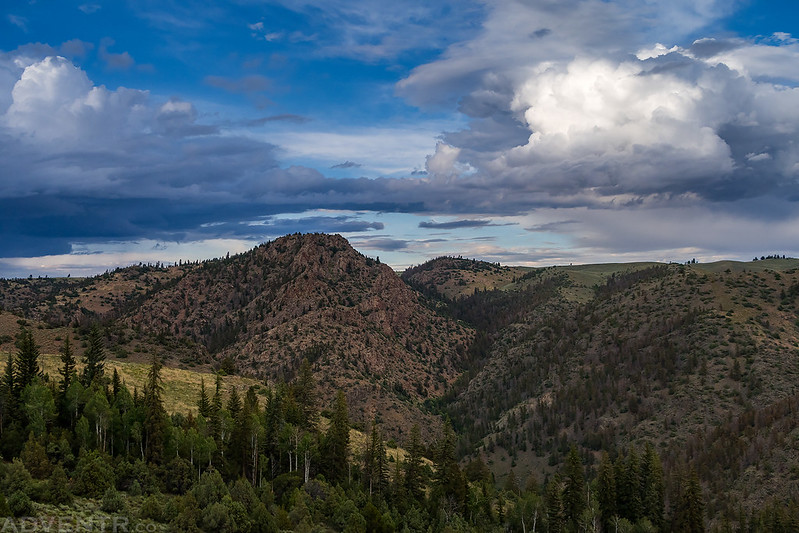 I stopped at the Windy Point Overlook for this shot of Uncompahgre Peak (14,309) and Wetterhorn Peak (14,015) through the rain in the distance. 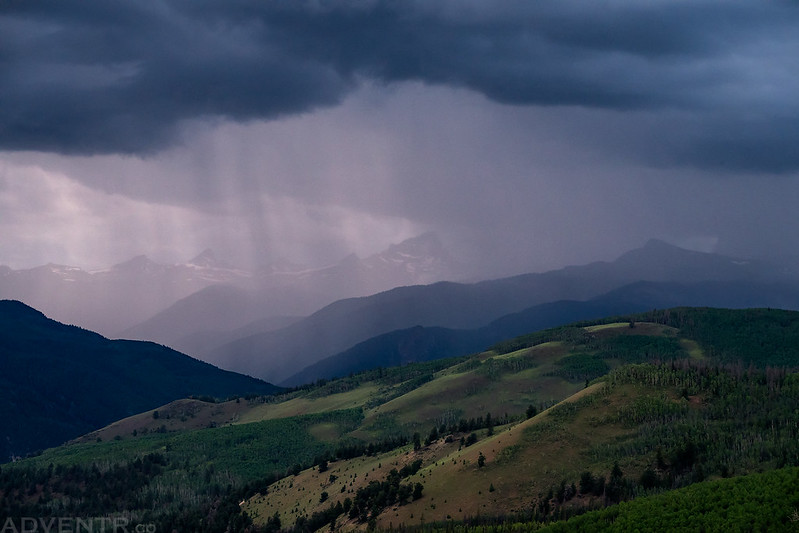 On Saturday morning I woke up before sunrise and drove down to the parking lot at the pass to start my hike up the trail to the top of Snow Mesa. As I hiked out of the trees I could see that there were still a few clouds clearing out around the mountain tops from the storms overnight.

There were great views of the surrounding San Juan Mountains all around including Redcloud Peak (14,034) and Sunshine Peak (14,001). 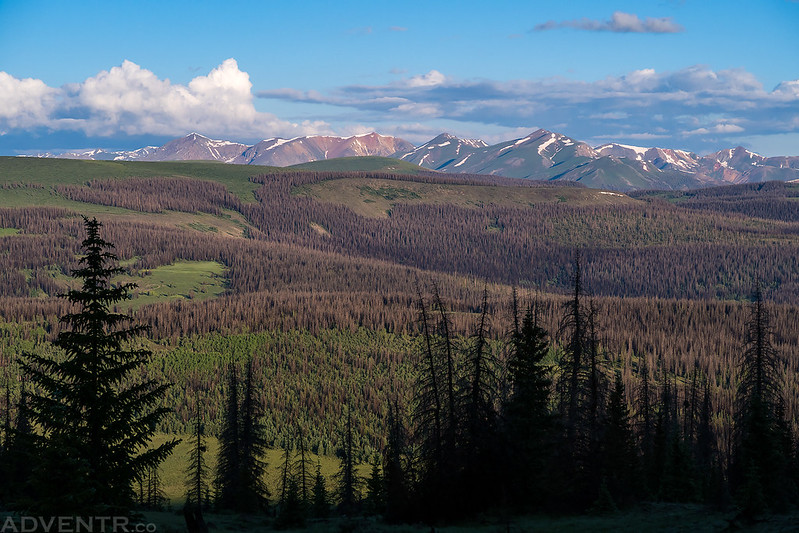 Following both The Colorado Trail and the Continental Divide Trail. 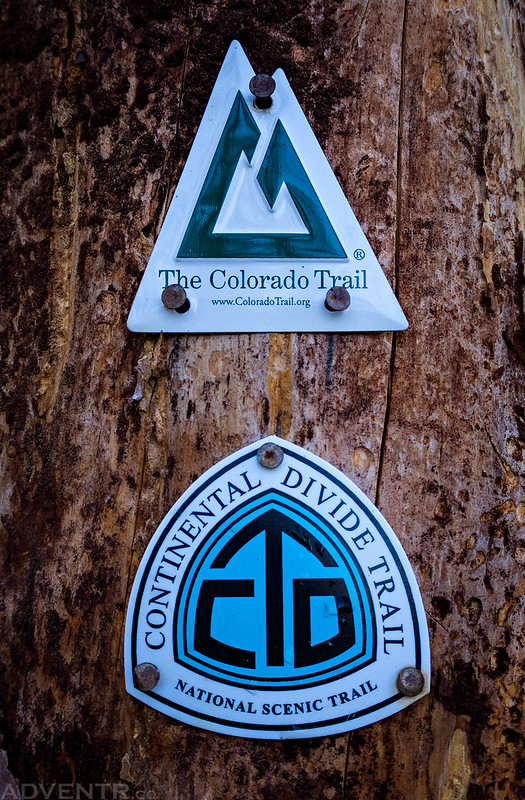 A morning view of Uncompahgre, Matterhorn and Wetterhorn. 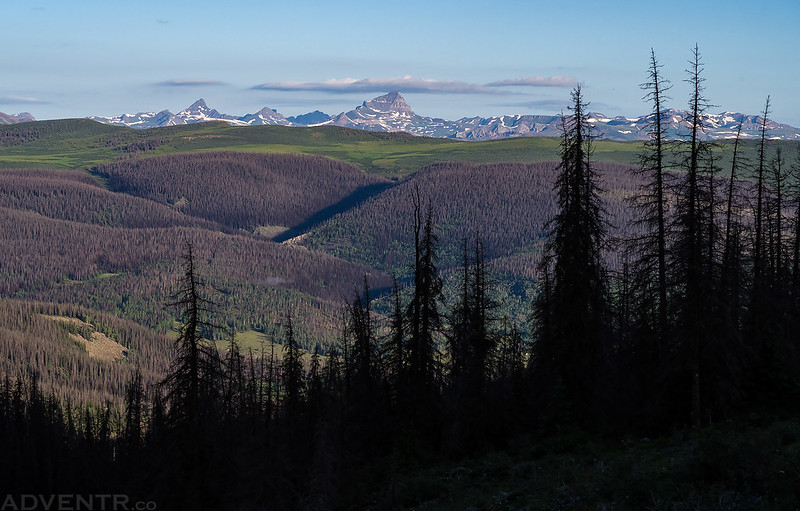 Wet columbines along the trail. 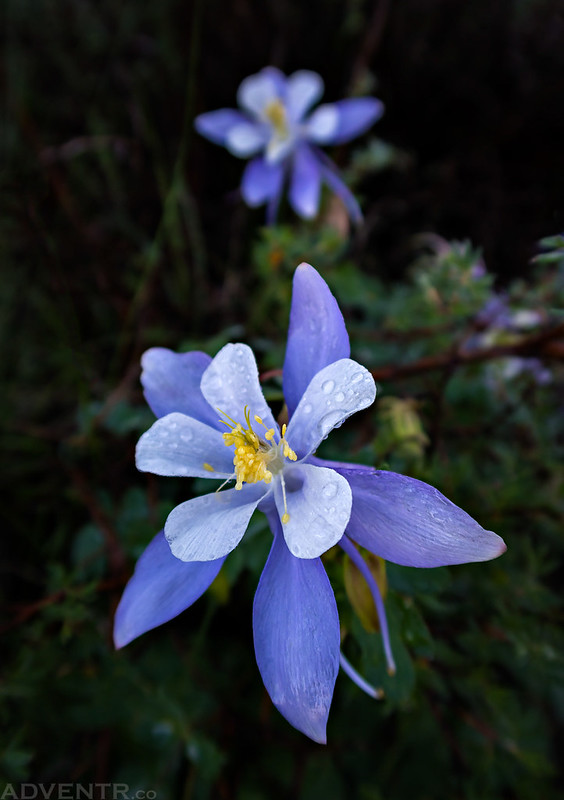 After the initial climb up onto Snow Mesa it was pretty easy hiking at over 12,000 feet. The pointy peak on the left is Baldy no es Cinco (13,313) and the rounded peak to the right of that is Baldy Cinco (13,383), my destinations this morning. 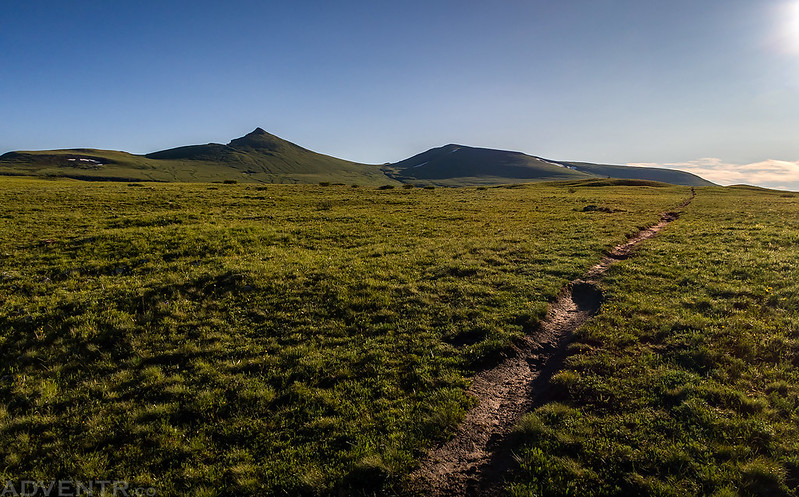 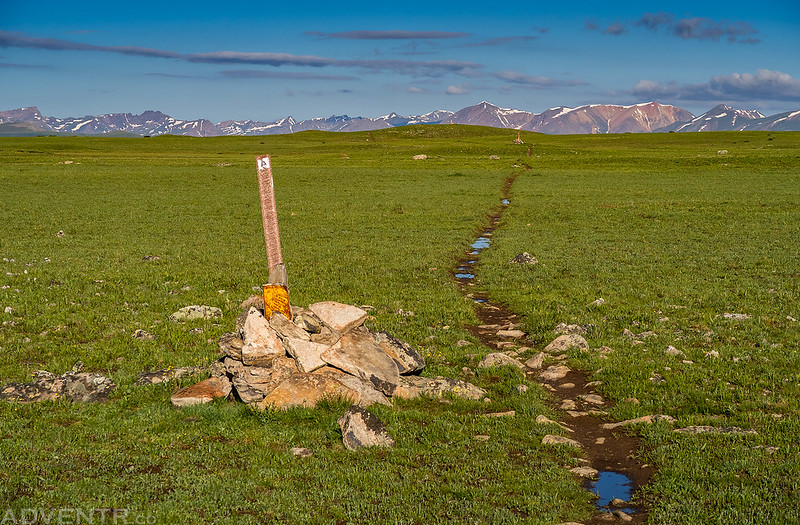 Before following the Continental Divide up the gentle grassy ridge of Baldy Cinco I tagged the high point of Snow Mesa (12,393) which was nearby. 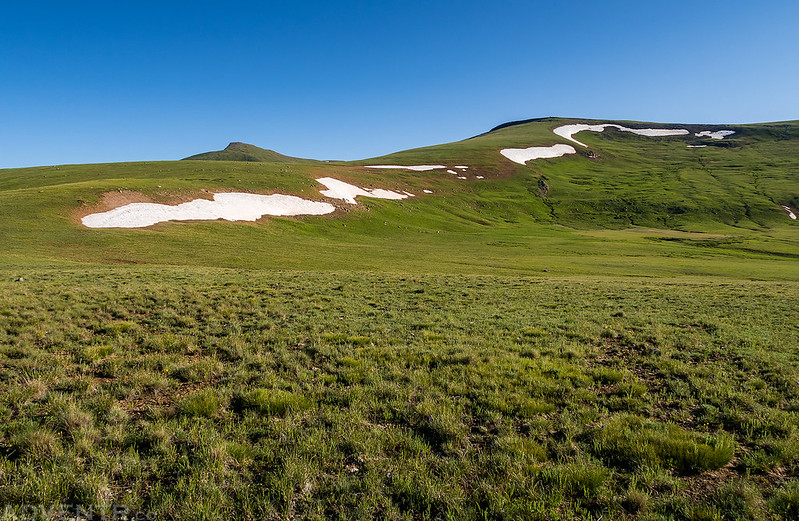 This large cairn was found along the ridge I was climbing and I thought it was near the summit, but once I reached it I saw that I still had a little further to go to the actual summit. 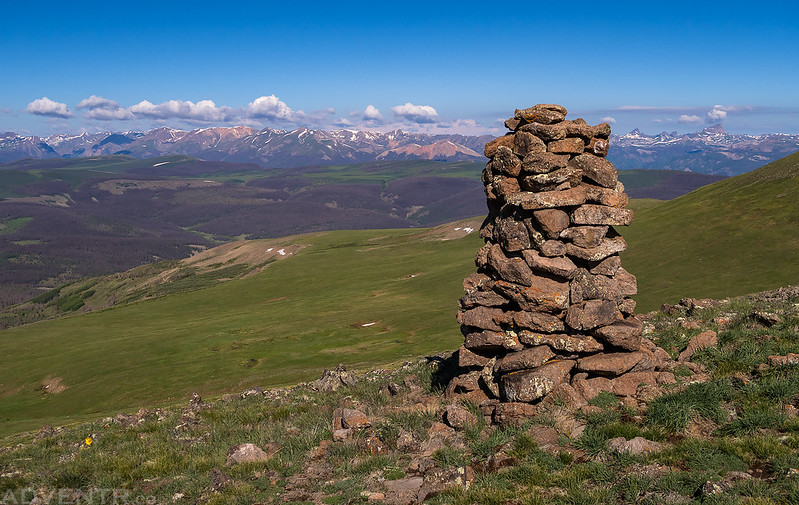 Shortly before reaching the summit I came across one of the largest herds of elk I have ever seen and they were crossing the ridge right in front of me. I waited for them to pass and then continued on, only to find a second large group that had stopped because I was now walking through their route. Once I passed through the area they continued on to join the others. It was pretty cool to see such a large herd. 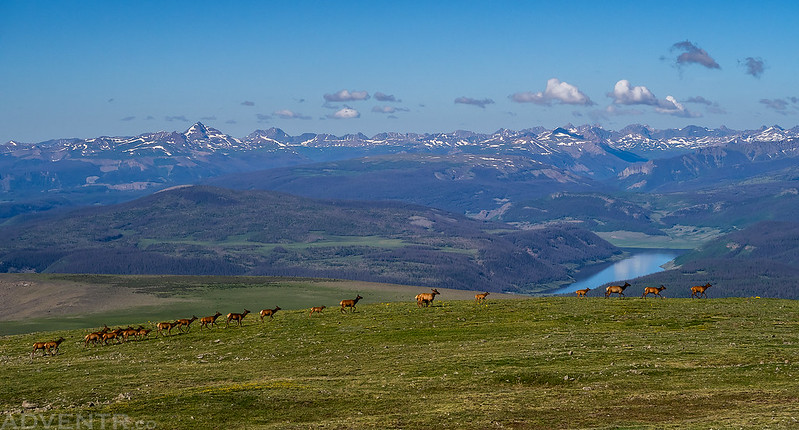 Here’s a short video clip of the second group of elk crossing the ridge below me.

Finally on the summit of Baldy Cinco! 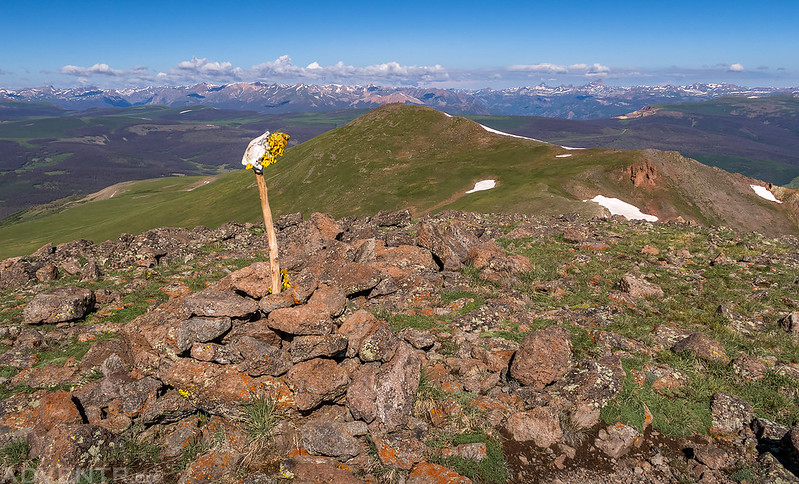 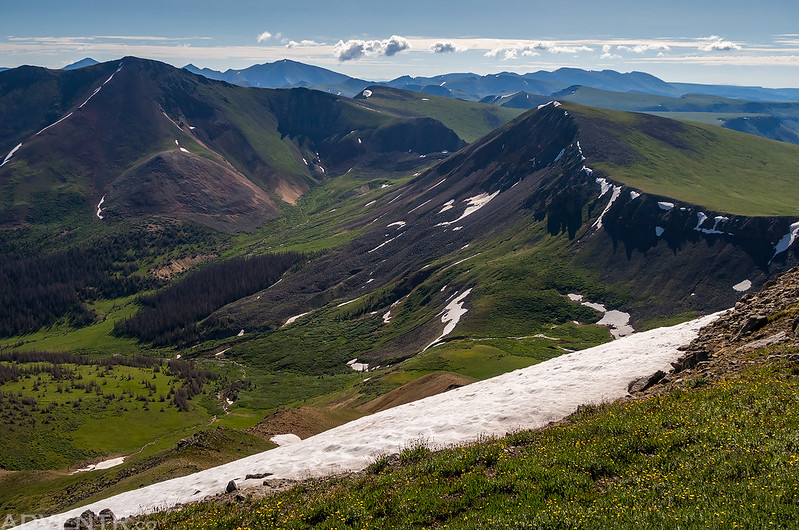 There were great views over a large portion of the La Garita Wilderness from up here. 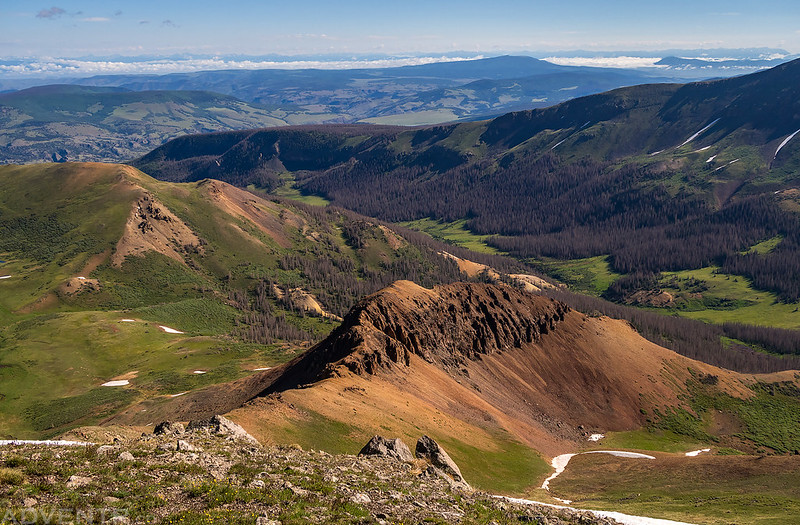 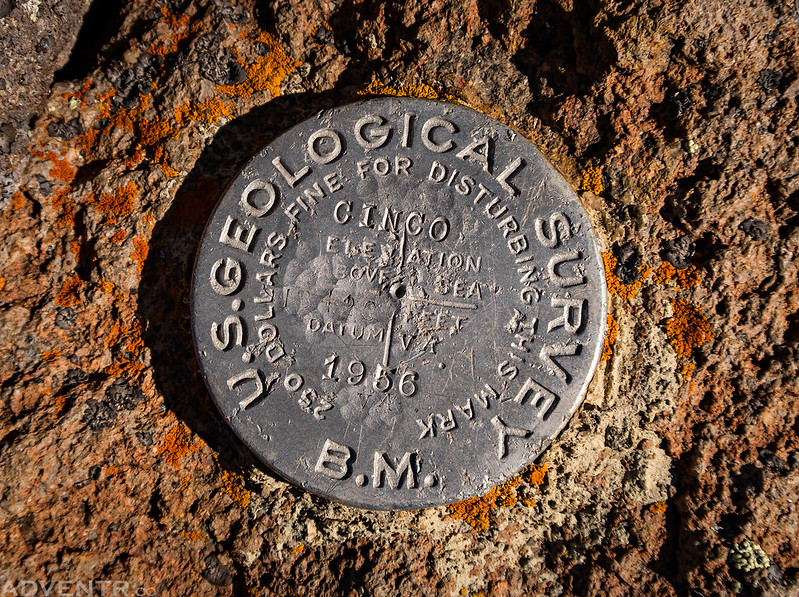 From the summit of Baldy Cinco I followed the ridge over to Baldy no es Cinco, which was a nice easy hike and had even better views from the summit. Then I descended the southern slope down into the East Fork of Cebolla Creek and rejoined the trail on my way back down to Spring Creek Pass. It was a nice easy loop that helped me get warmed up for Sunday without overdoing it.

Looking across the ridge that I would be following over to the summit of Baldy no es Cinco next. 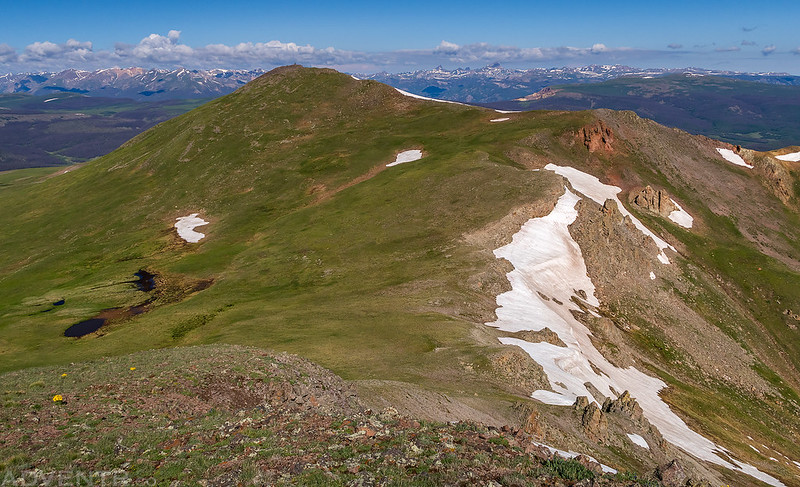 Hiking along the top of the ridge to Baldy no es Cinco. 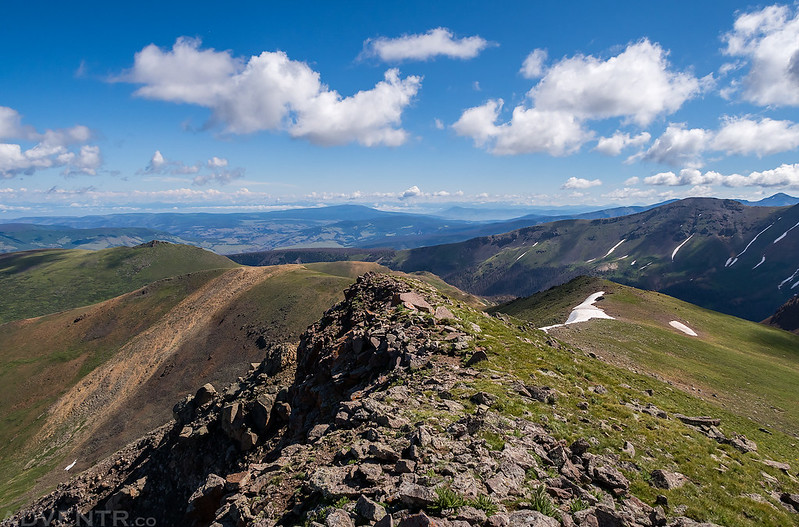 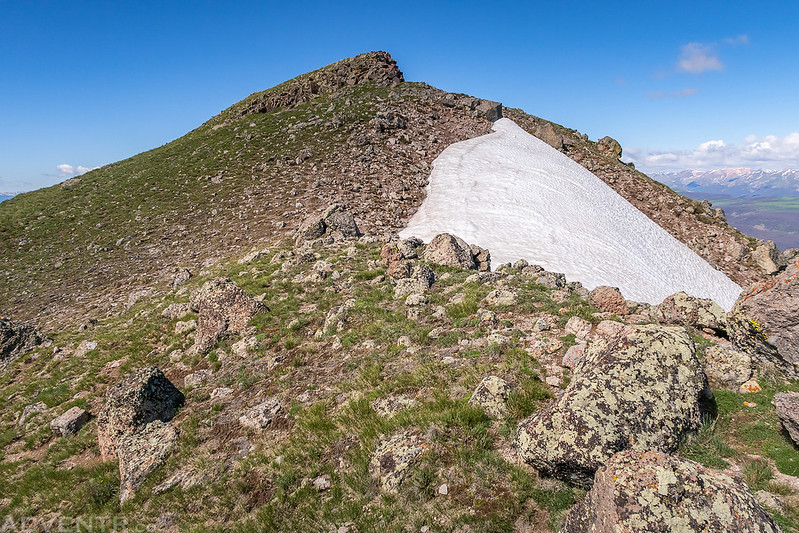 Almost to the summit, marked by that very large cairn that was taller than I am (6’5″)! 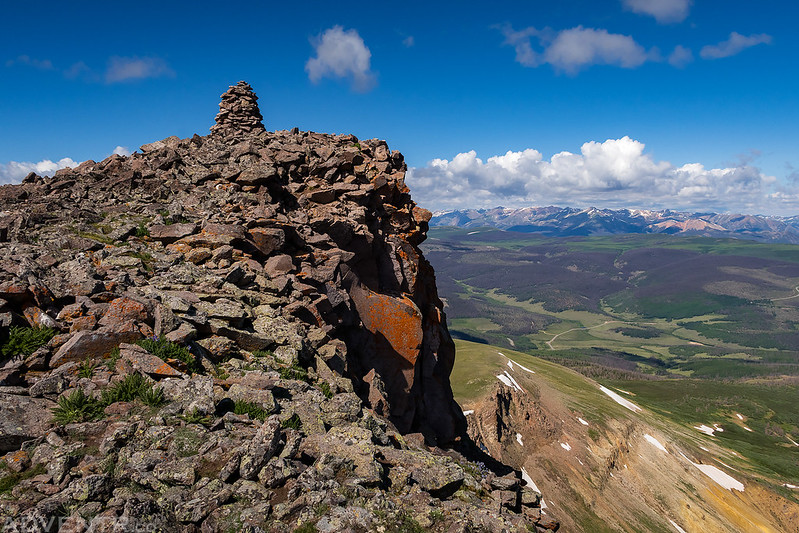 I was treated to great views of the Rio Grande Pyramid (13,821) all day, which is a peak I definitely want to climb someday. 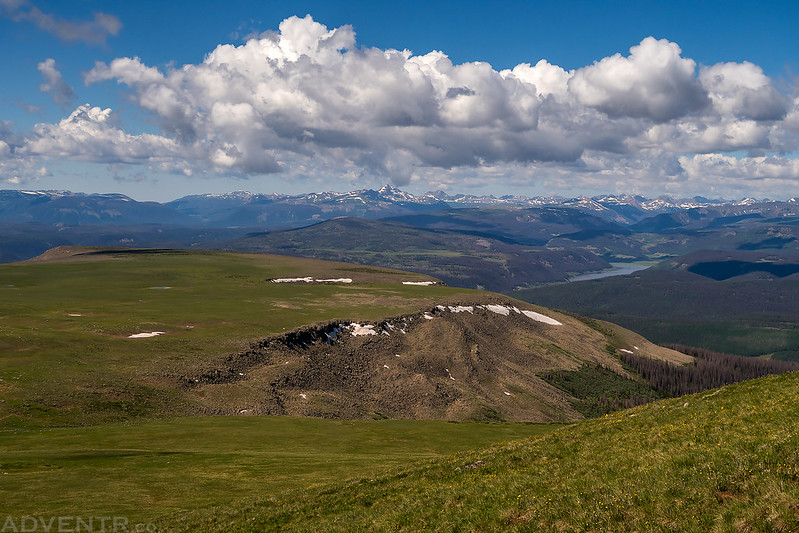 Easy tundra hiking across Snow Mesa on my way back to meet up with the trail. 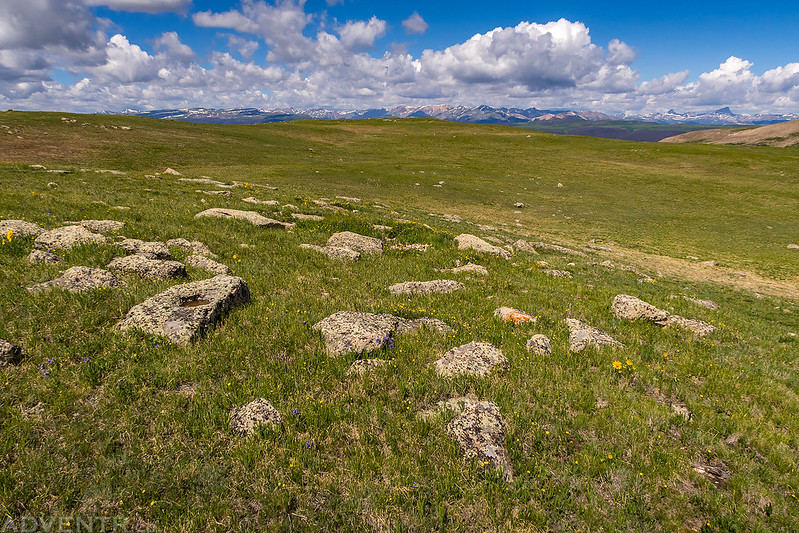 Following the trail over the edge of Snow Mesa on my way back to Spring Creek Pass. 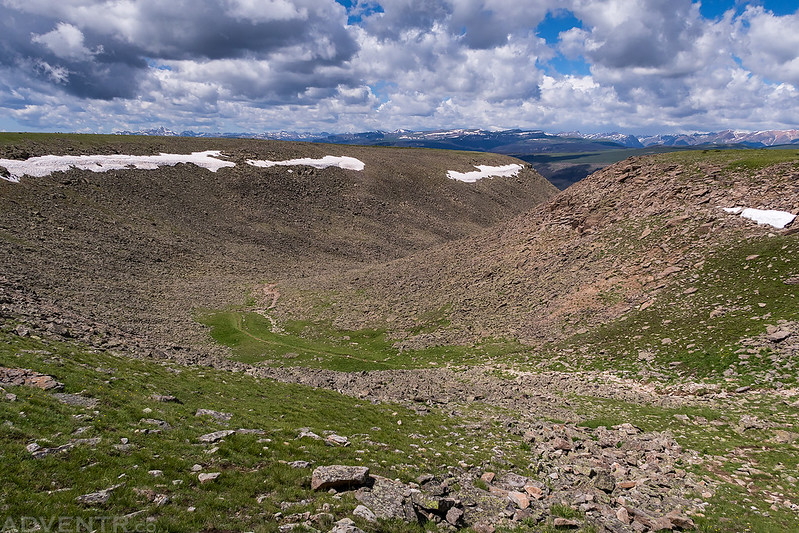 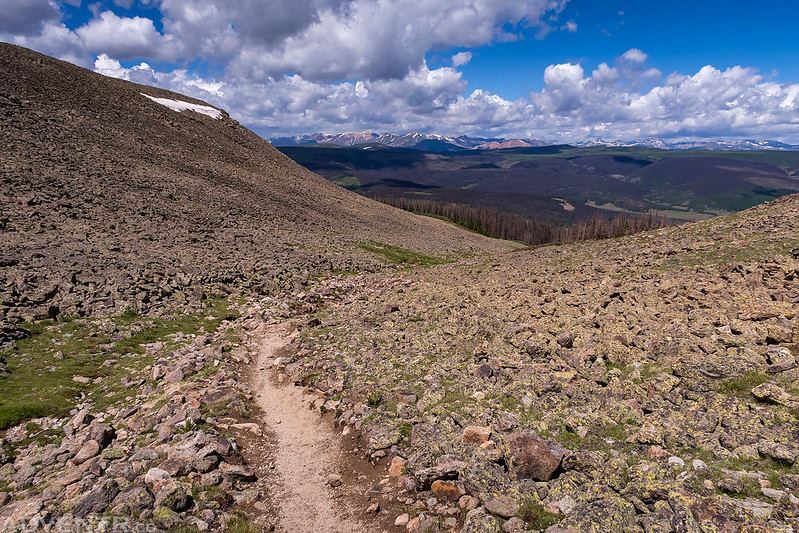 After returning to my Jeep at the pass I started driving back toward Lake City when it started to rain pretty heavily. I had finished my hike just in time! Before reaching Slumgullion Pass a large black bear ran across the road right in front of me, but it was gone and out of sight before I could even reach for my camera. I continued on to Gunnison for lunch and another strong storm blew through the area while I was there. I ended up driving through some strong winds after leaving Gunnison on my way to Monarch Pass and then Buena Vista. I grabbed an early dinner from K’s and then headed up the road to Cottonwood Pass so I could find a spot to camp near the Denny Creek Trailhead. I was planning on an early start Sunday morning and I was pretty tired, so I ended up going to sleep before sunset.