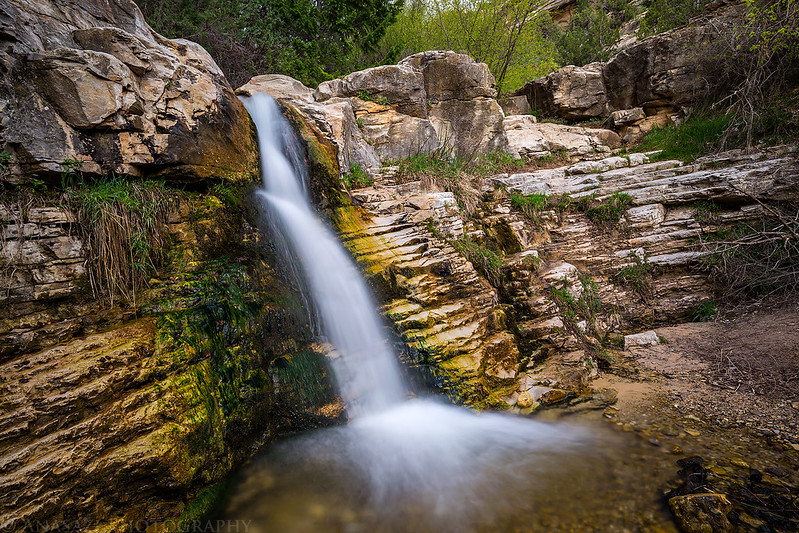 This overnight trip was kind of a last-minute thought, so I called the Visitor Center on Monday morning and secured a permit to camp along the river. During the high river use season which starts the second Monday in May only rafters are allowed to camp at these sites, but they are available for hikers to use during the low use season. I left home on Saturday morning and drove to the Visitor Center near Jensen so I could pickup my permit when they opened at 9:00am. Since I didn’t have a long hike into the campsite and it was still early, I went for a drive into Rainbow Park and Island Park on the way to the trailhead since I hadn’t been out that way in a while. After my scenic detour I finished the drive over the Diamond Mountain Plateau to the Jones Hole National Fish Hatchery where I began my hike in the early afternoon.

I didn’t stop for many photos this time during my drive into Island Park, but the light looked nice on the Buffalo Panel near McKee Springs. 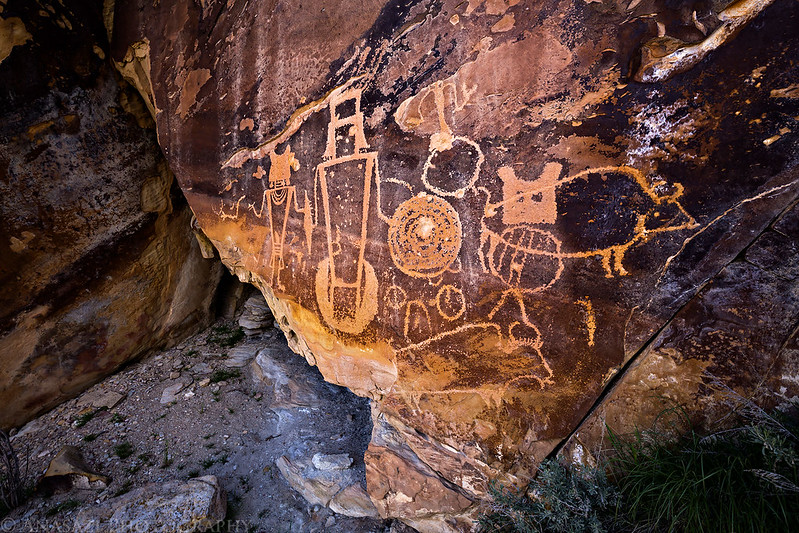 I also spotted this pictograph panel that I didn’t recall seeing before, so I climbed up to it. The large scratched bighorn sheep doesn’t look very old, but the red pictographs sure do look like they could be Barrier Canyon Style. 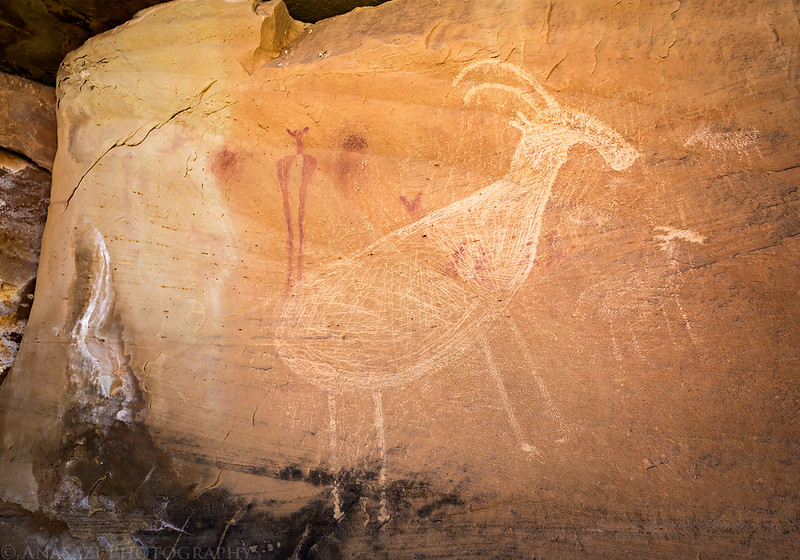 Entering the Jones Hole National Fish Hatchery, where the hike down to the Green River begins. 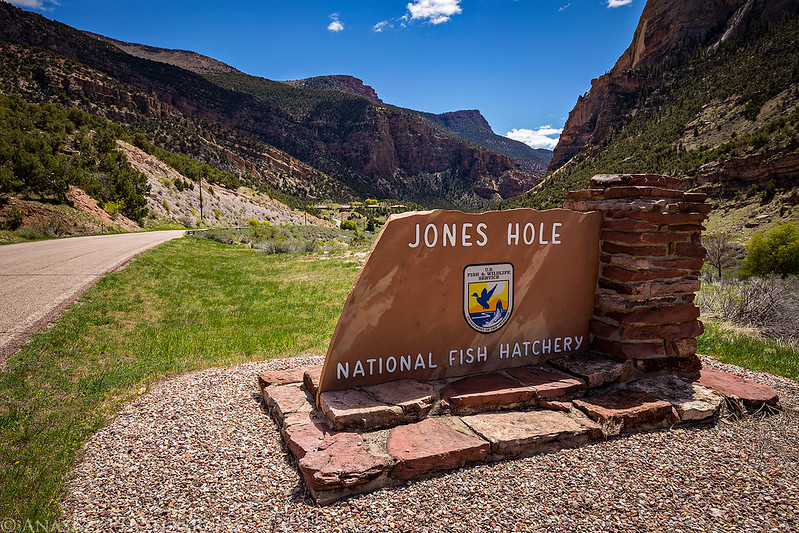 The trail down to the river was very easy and made for a pleasant hike along the clear waters of Jones Hole Creek. There were some fishermen out but not nearly as many as I was expecting there to be. Of course, I stopped to photograph the Fremont pictographs found at the Deluge Shelter, which was a big reason I wanted to hike this trail in the first place. 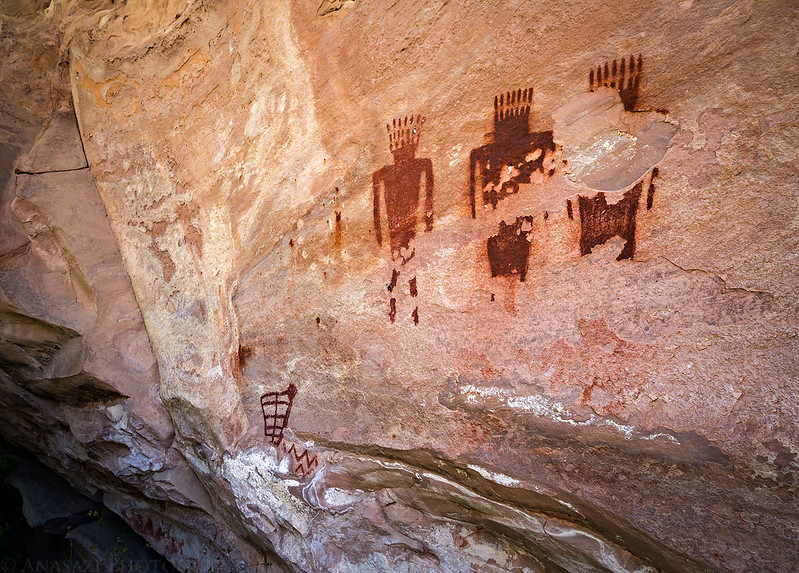 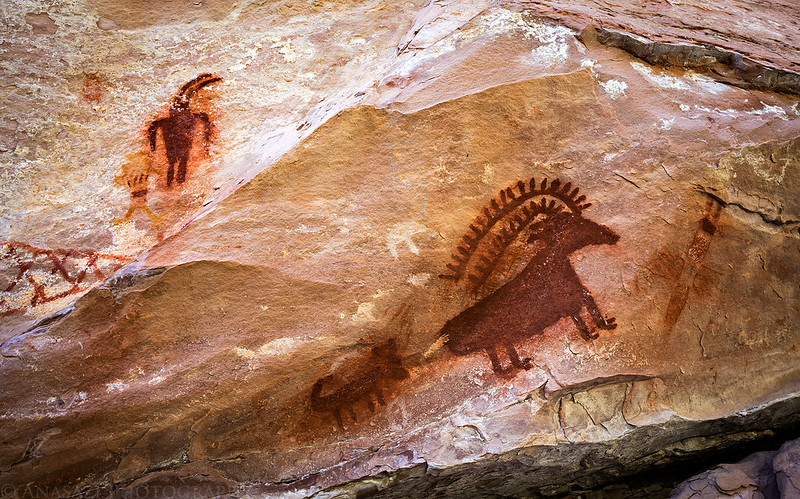 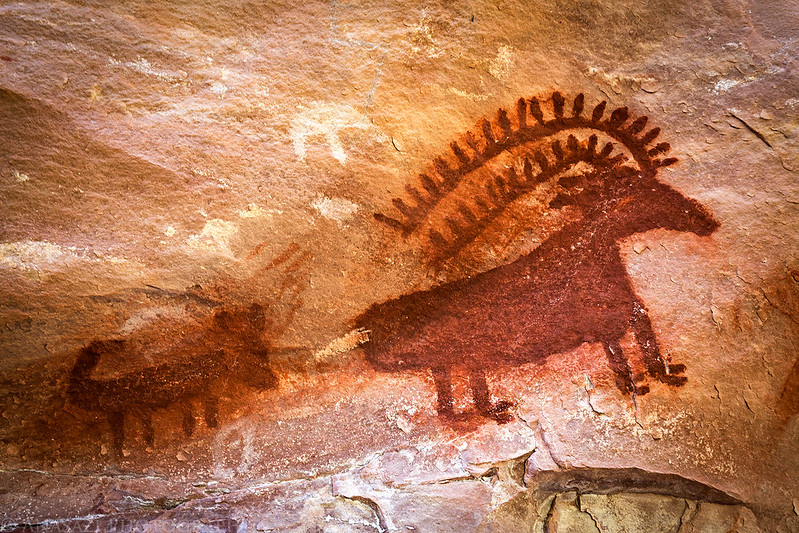 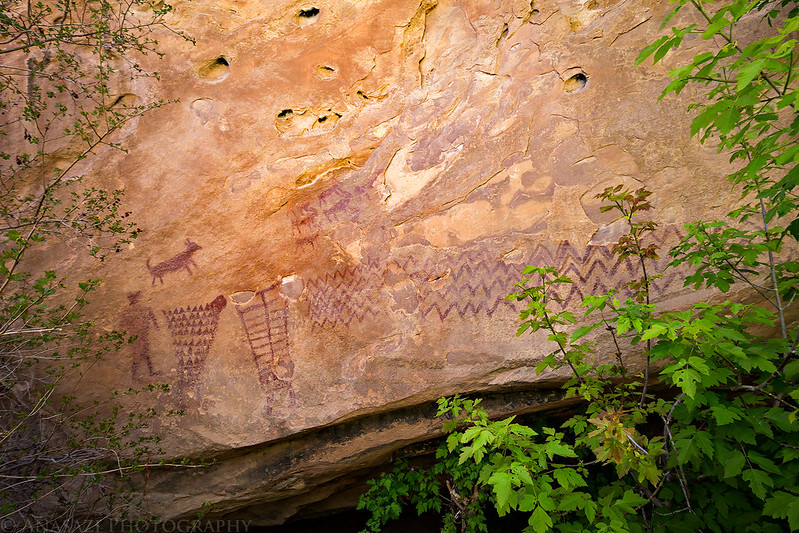 Shortly beyond the petroglyphs I took the side trail along Ely Creek to visit a small waterfall before continuing on down to the Green River. When I reached the cottonwood trees near the confluence I started looking for a place to setup camp when I came across this herd of bighorn sheep just resting in the grass. These rams didn’t seem to care that I was there. There were another six or so just out of the frame to the right including at least one lamb. 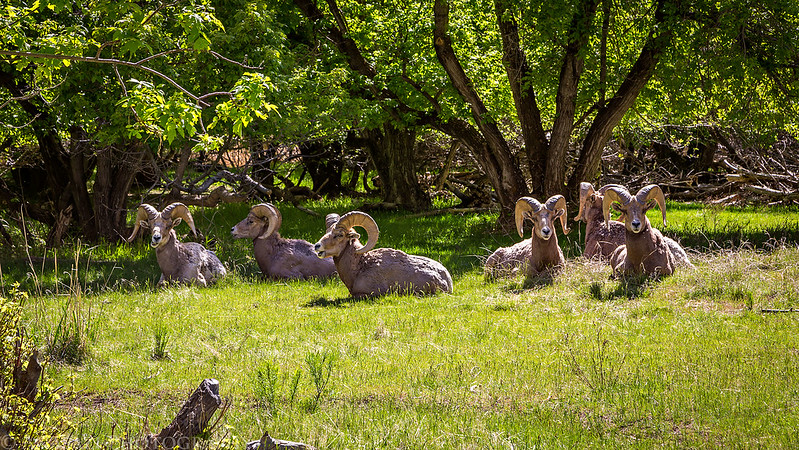 There are four designated campsites located along the river at Jones Hole. When I arrived it appeared that Sites #1 and #2 were already were full of rafters and there were a pair of hikers setup at Site #3. I wandered further downstream to Site #4 and found that it was empty, so I setup my tent under a cottonwood tree at the edge of the beach and had a little something to eat. It would definitely be a nice place to spend the evening and night. 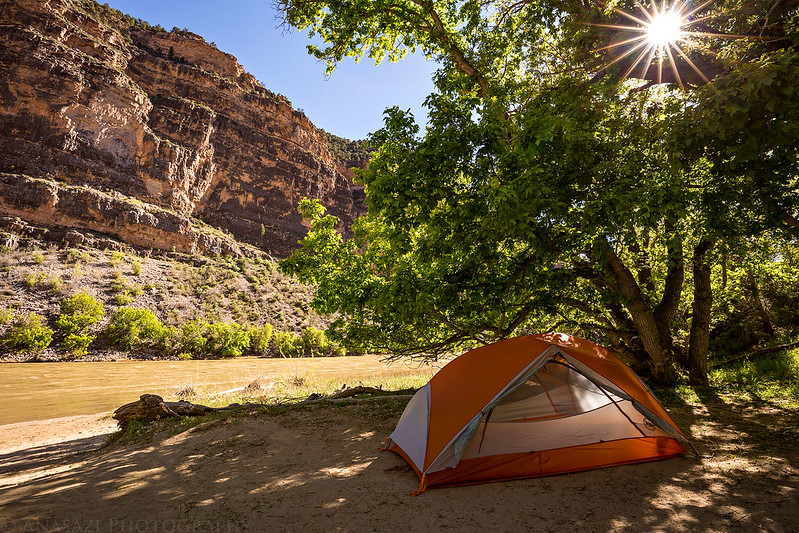 While I was relaxing in camp, two rafts that were on a Gates of Lodore trip showed up with seven people and came ashore. Most of them had just finished up a winter season working at a ski lodge in Alta. Since the campsite was pretty large for just myself with a small 2-person tent and I knew all of the other sites were full already, I offered for them to join me for the evening and they accepted. It was nice to have some company, plus they were all friendly and we all had a lot in common to talk about. They offered me dinner and drinks since they had two people drop out of the trip at the last minute and had way more supplies than they needed, so I didn’t have to make the dehydrated meal that I had brought along for dinner. It was nice to sit around the campfire that evening since it cooled down very quickly, though I stayed up later than I would have if I were alone. Hanging out with this group for the evening definitely got me excited for the San Juan River trip I have coming up in June!

My new friends unloading their gear onto the beach. 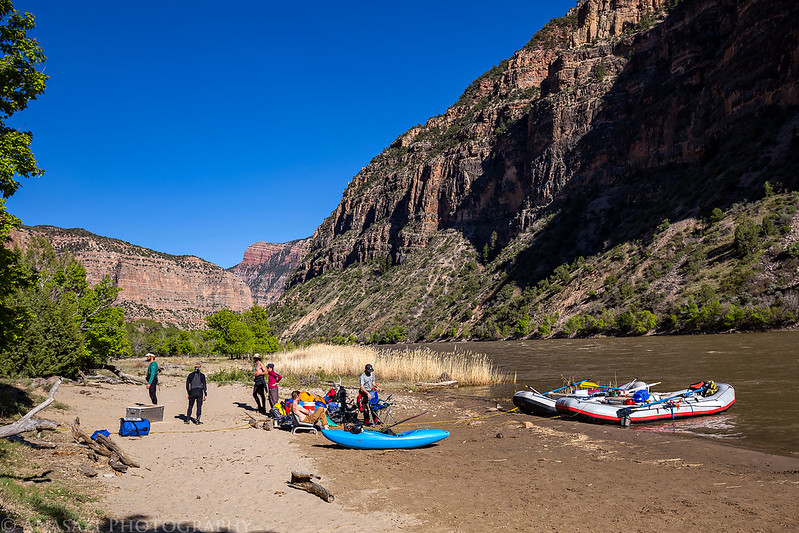 The view of Harpers Corner over Whirlpool Canyon. 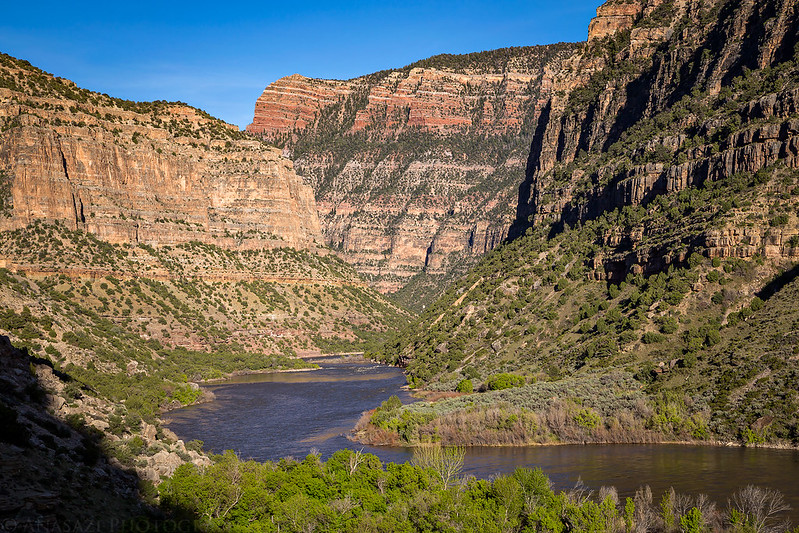 Jones Hole Creek near the confluence. 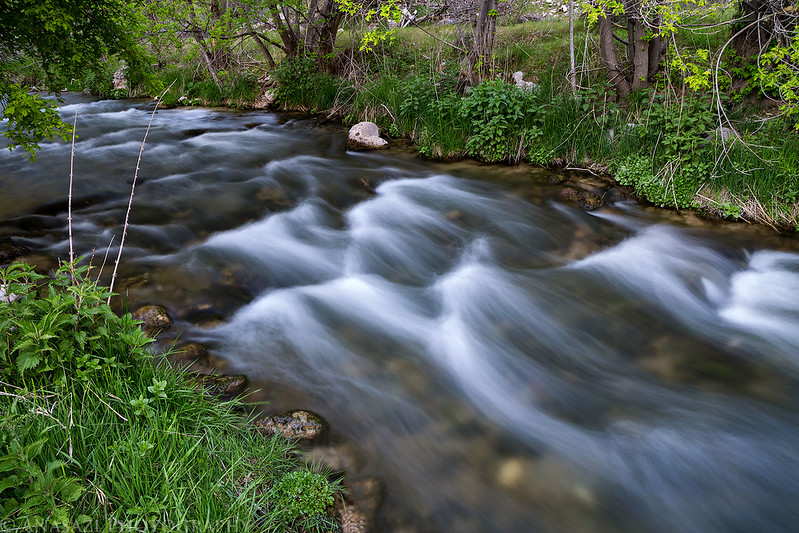 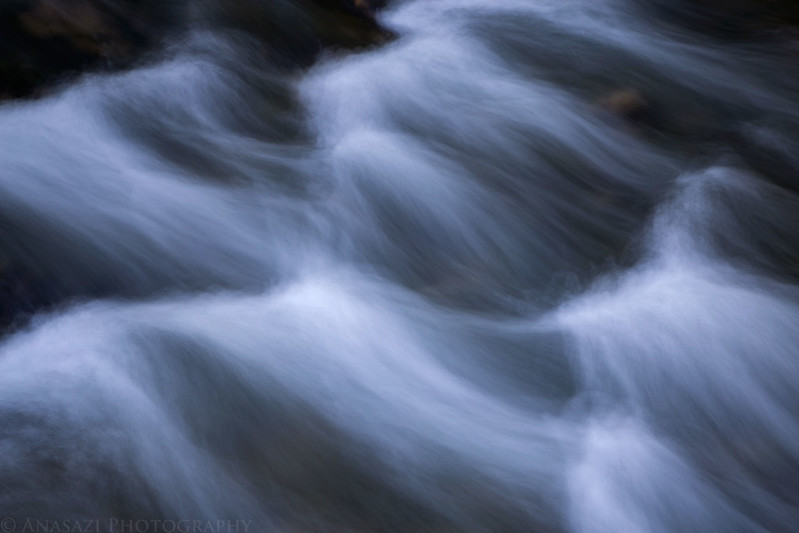 View from the confluence up Whirlpool Canyon. There were a number of geese along the shores of the river. 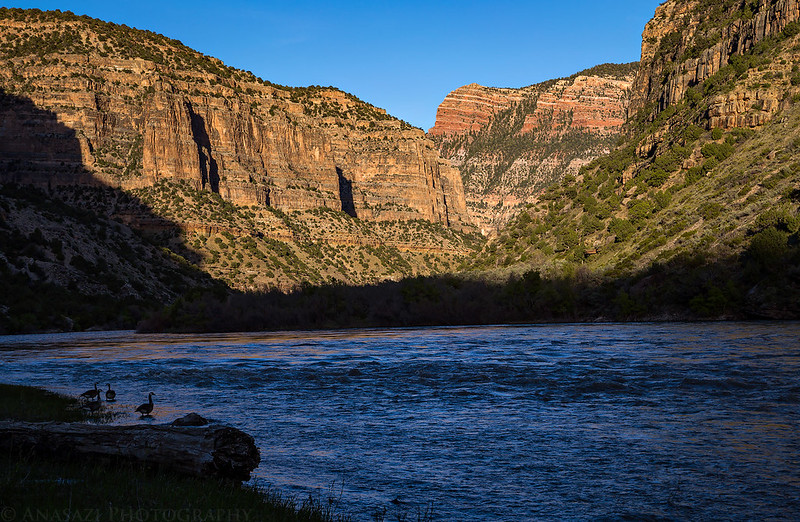 I slept pretty well overnight even though it felt colder than I expected to get. I woke up with the sun on Sunday morning, took a few photos along the river, and then packed up camp so I could start hiking back out. I hoped to photograph Ely Creek Falls in the shade before the sun was up too high in the sky.

A morning view down the Green River from camp shortly after sunrise. I had warned my new friends the night before that I would probably be up and out of camp before they woke up, and I was. 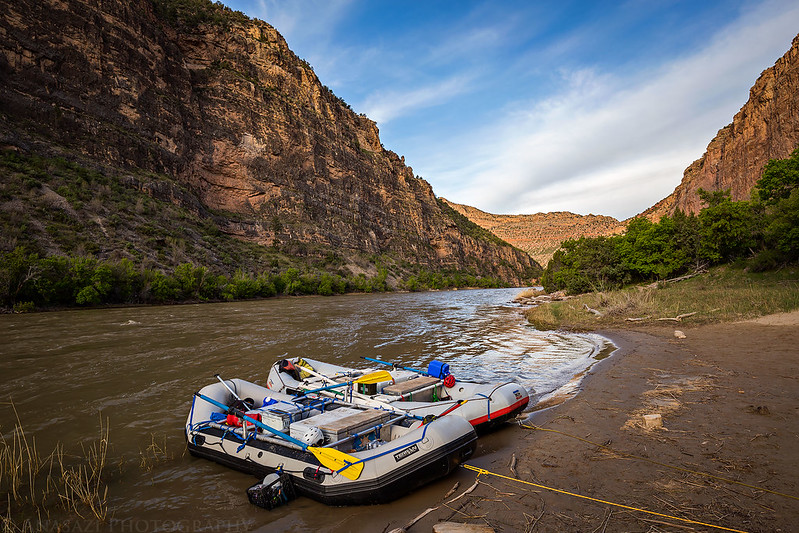 Leaving Jones Hole behind as I hiked up the canyon. 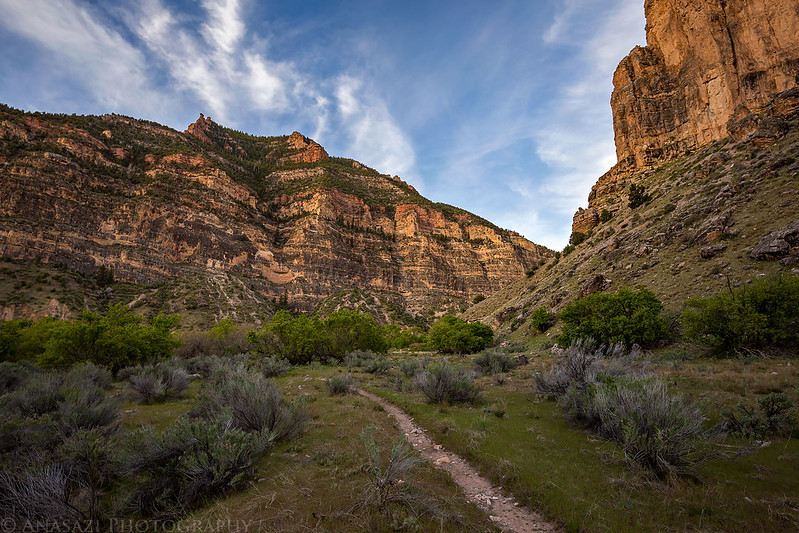 I made it to Ely Creek Falls before the sun was shining on it and took a few photos. 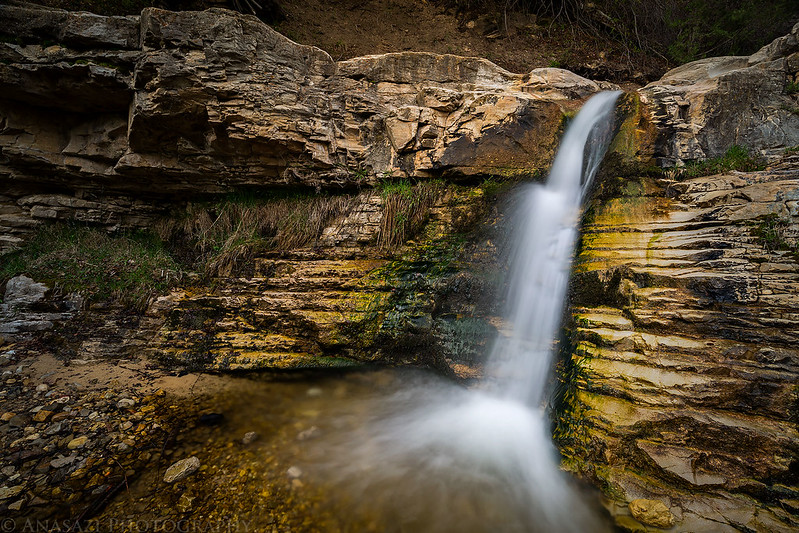 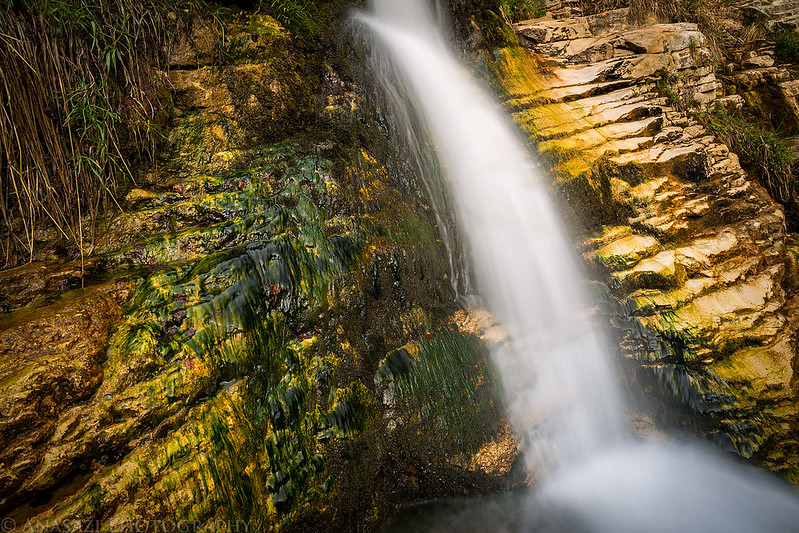 Everything was very green along the creek. It’s springtime in Canyon Country! 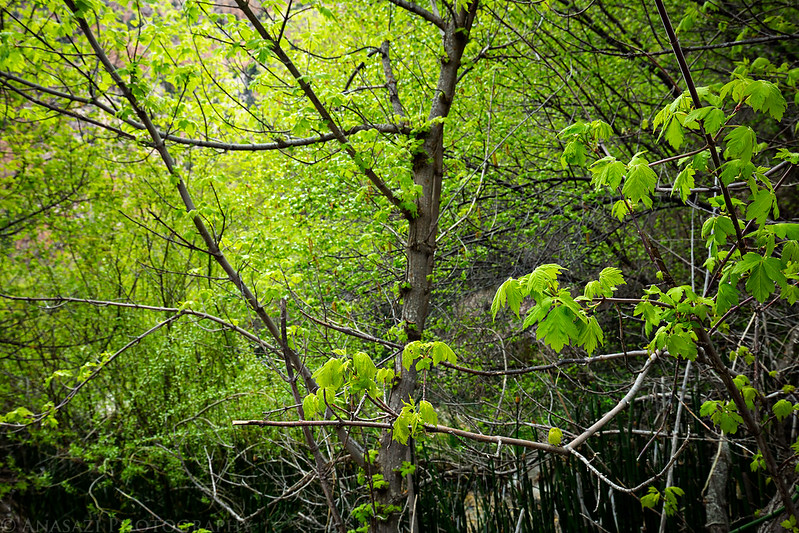 After photographing the waterfall I explored up the trail along Ely Creek a little further and then finished the hike back out to my Jeep at the Fish Hatchery. It was a very nice and beautiful overnight trip in Dinosaur National Monument!

Crossing the only bridge over Jones Hole Creek along the trail. 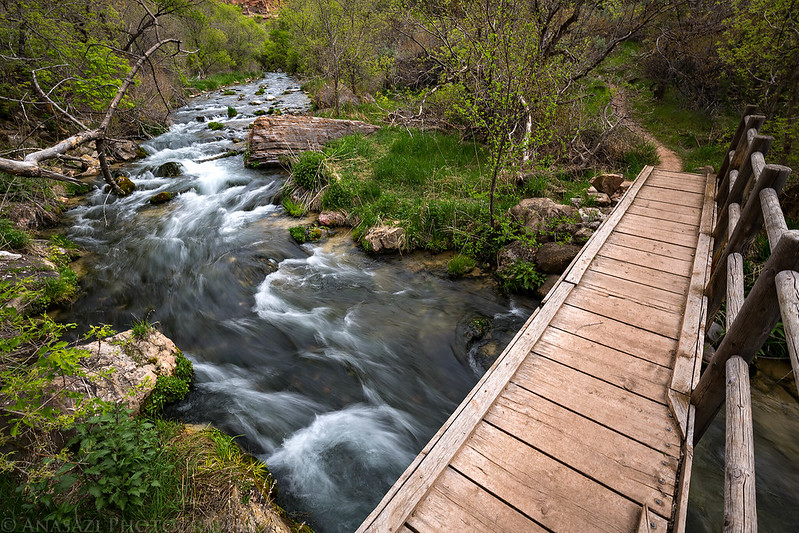 There were even a few patches of wildflowers along the trail in places. 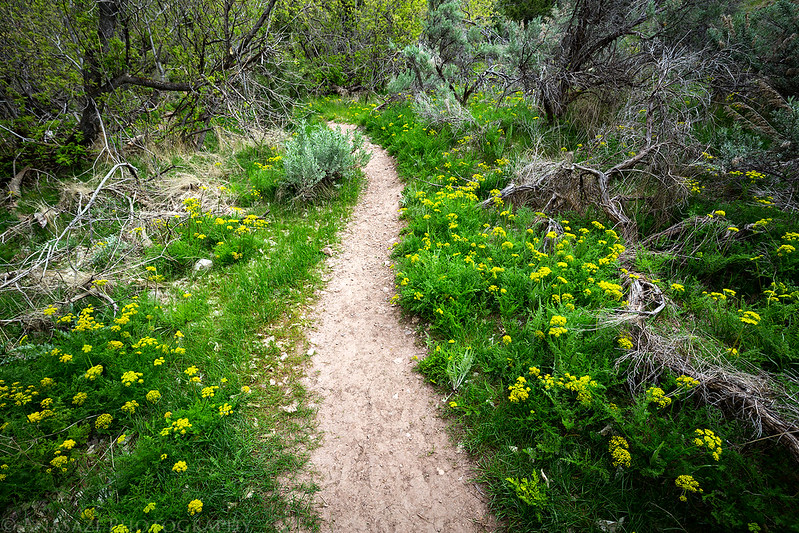 Following the trail back up the canyon… 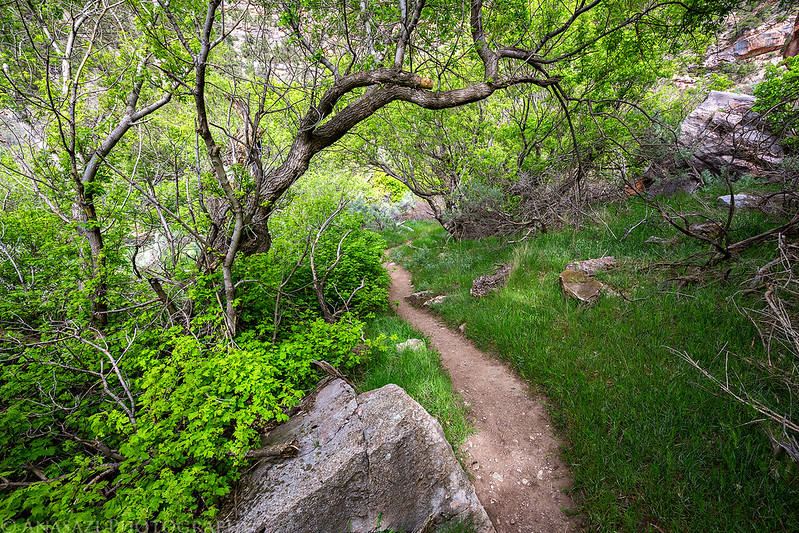 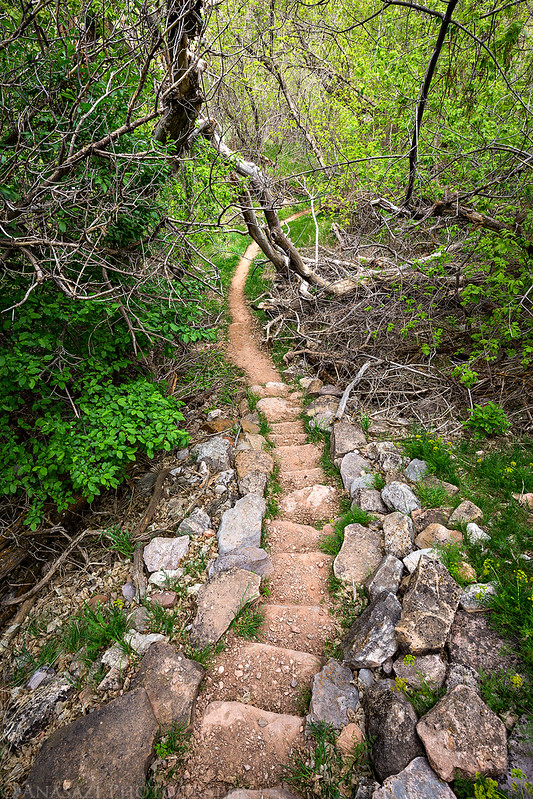